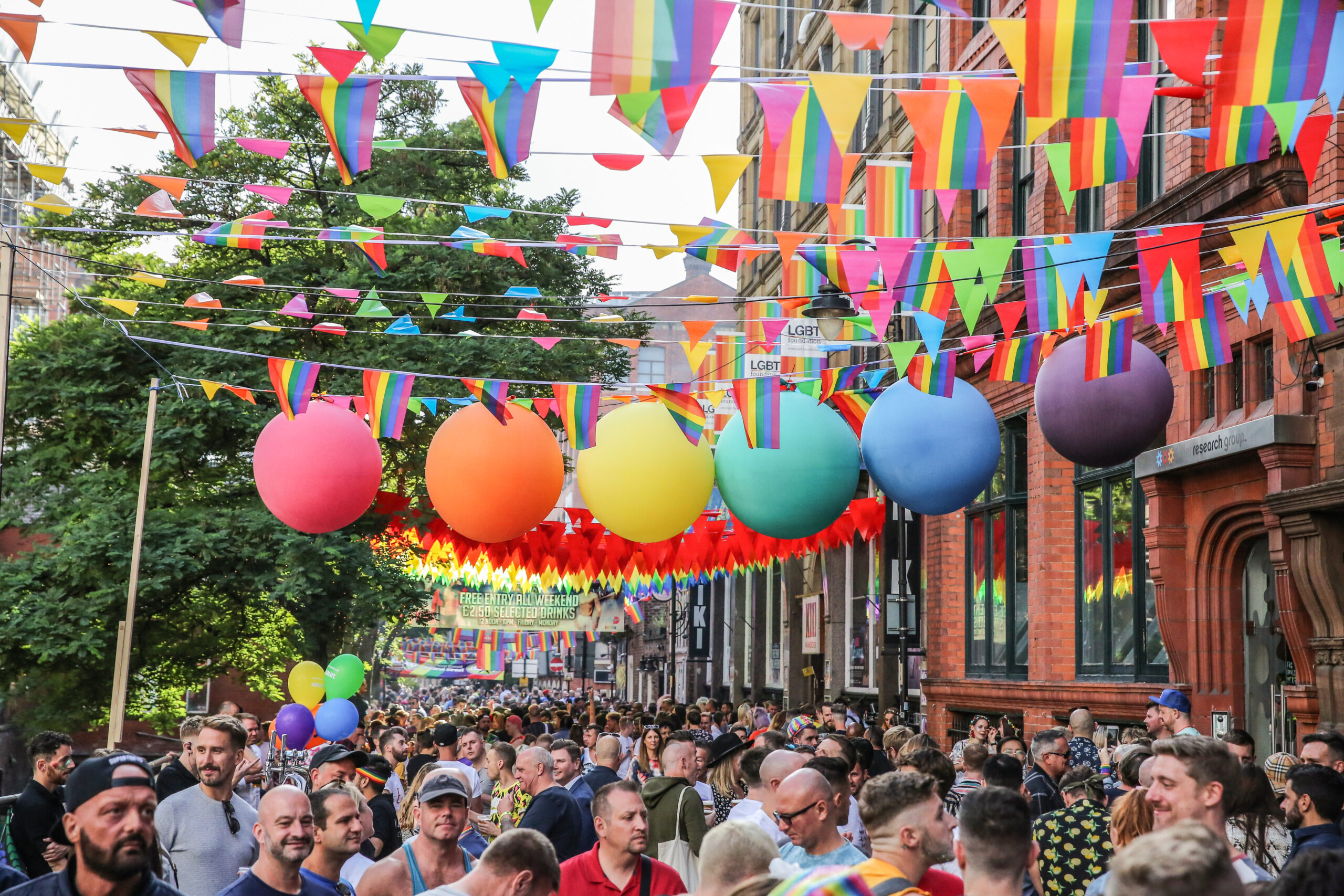 Manchester Pride
All Weekend
Easily the biggest event in the city’s calendar this Bank Holiday Weekend, Manchester Pride returns after a year away and although there’s no Parade, there’s still a massive roster of acts and performers across the two city centre locations. You can stump for a Festival ticket to watch the likes of Sigala, Annie Mac and Gabrielle down at Homeground, or you can get involved in the Gay Village Party, the enclosed area down Canal Street were, if we’re being honest – the real party will be at. 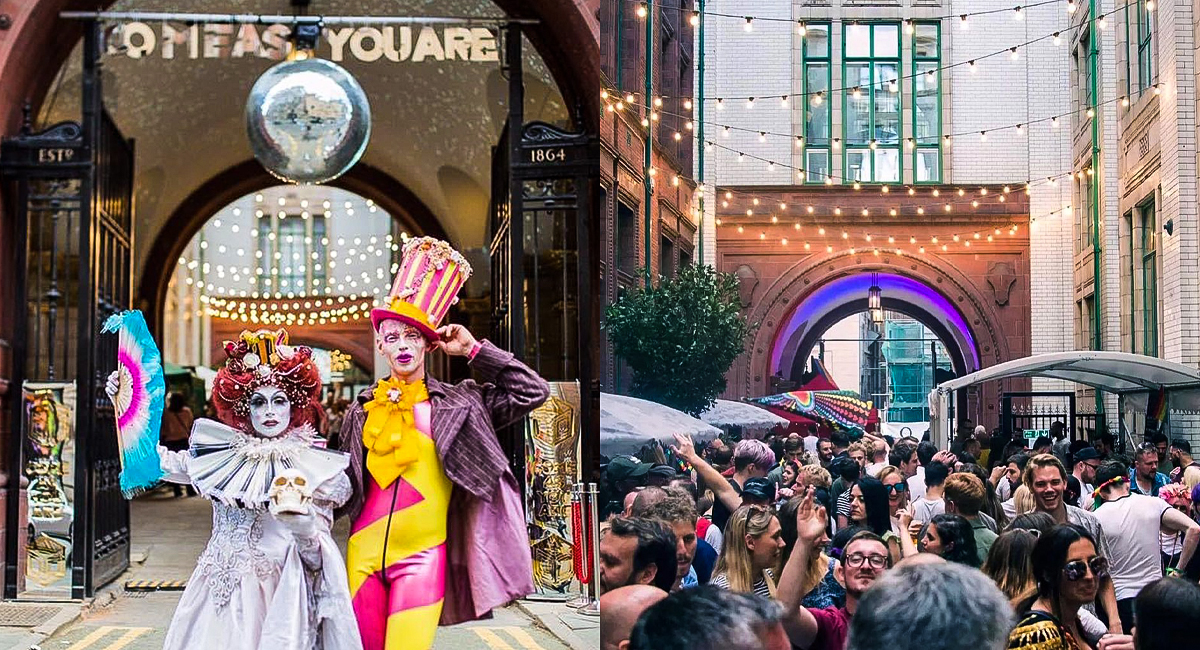 Come As You Are Weekender at The Refuge
Friday 27th – Monday 30th August
It’s back! The Refuge’s annual celebration of music, love and inclusivity, kicking off with live performances, DJs and events from Friday afternoon right til the early hours of Monday. There’s a long list of performers including the enigmatic House of Ghetto, The Family Gorgeous and tonnes of world-class DJs. DOn’t forget to order yourself a banging Sunday Roast too. 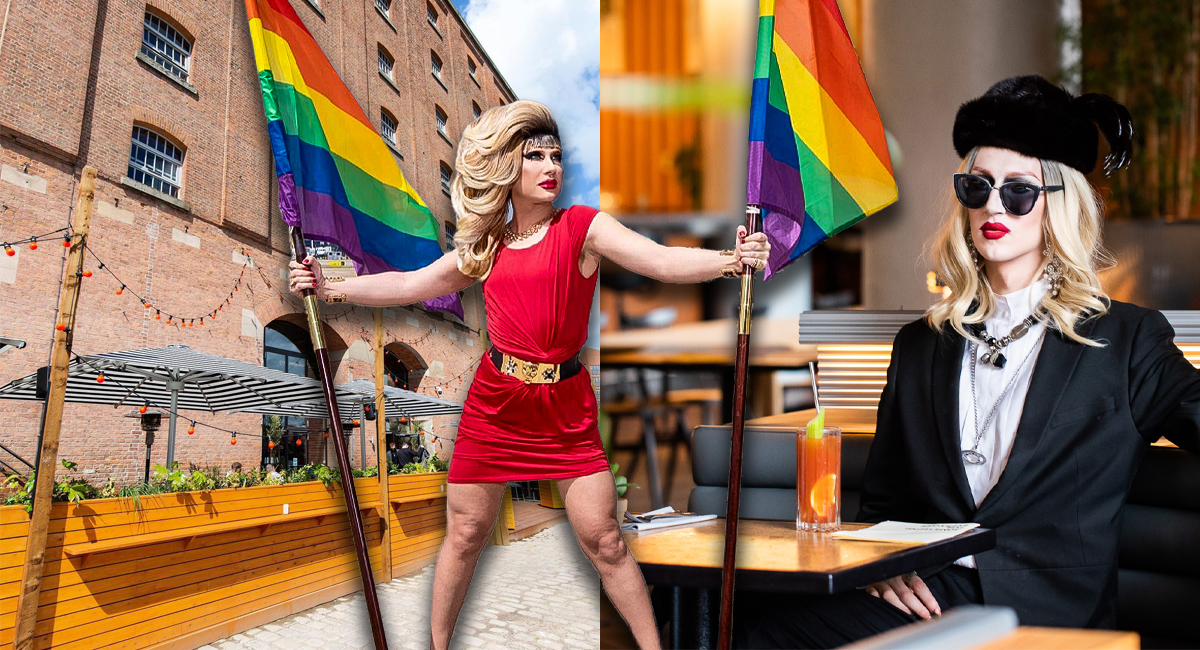 Something for Everyone at Ducie Street Warehouse
Thursday 26th – Monday 30th August
Featuring a plethora of performers, artists, characters, and world-renowned DJs, it’s going to be a biggie down at Ducie Street Warehouse this August Bank Holiday. There’s a Drag Brunch hosted by the Sink the Pink DJs on Saturday, ‘The House of 1,000 Moiras’ – a Schitt’s Creek / Moira Rose party and an afternoon takeover by Gina Breeze. The weekend will also feature Junglehussi, Pumping Velvet, Jase Jeffery, plus special dance performances, and a brand-new street food concept from Head Chef Andrew Green.

‘Something for Everyone’ this August Pride Weekend with A Moira Rose Party, Sink the Pink Drag Brunch & LOADS more 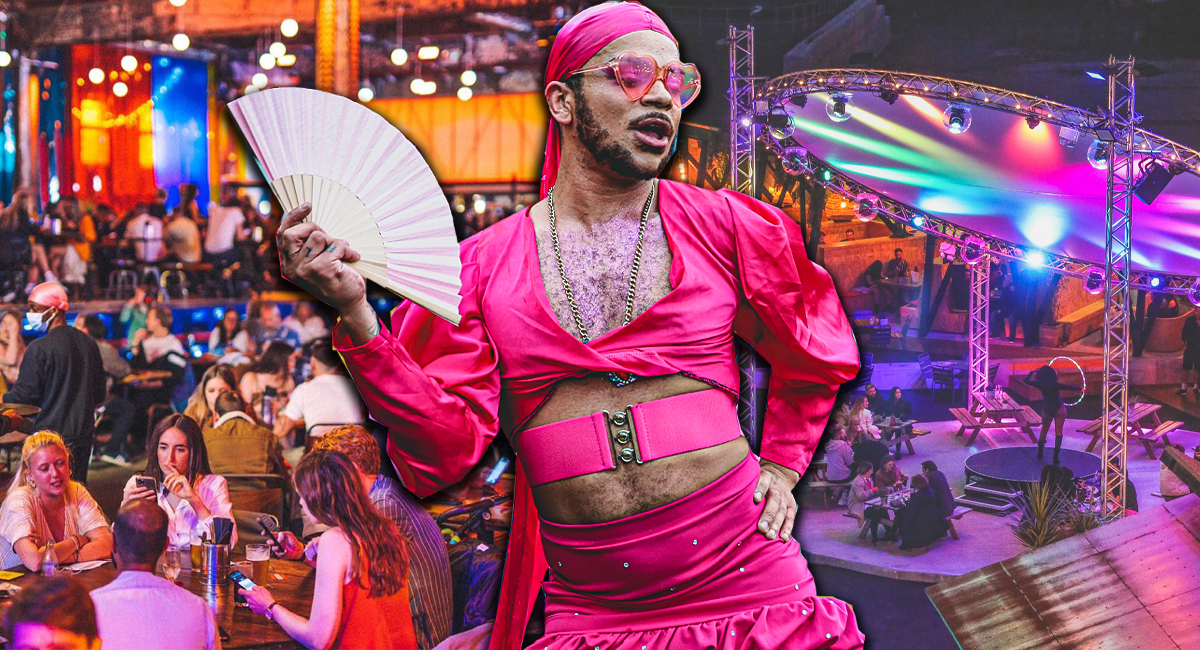 Manchester Pride at Escape to Freight Island
Wednesday 25th – Monday 30th August
Escape to Freight Island will be hosting a massive LGBTQ+ takeover with a range of music and live performances – a “six day explosion of queer power!” Wednesday sees things kick off with world disco and electro jams from High Hoops, before welcoming House of Ghetto and a screening of the iconic documentary Paris Is Burning (1990). Thursday sees Club Orchestra, while Friday welcomes Rebecca Never Becky on the decks. Over the weekend there’s So Flute, Katbrownsugar, Amuse Bouche and a new show – Performance is Power, directed by the queer cabaret collective Creatures of Catharsis with House of Ghetto and The Glue. Finally on Monday, Homoelectic will be hosting a ‘Homopicnic’. 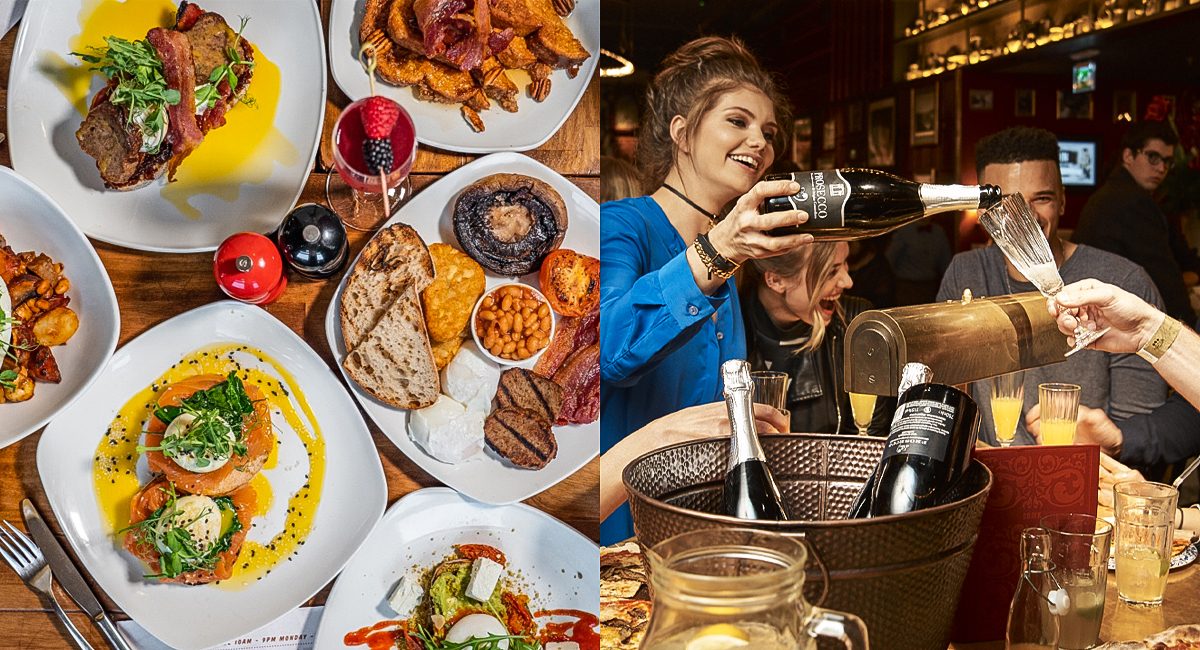 Bottomless Brunch
All weekend
As is always the case on the weekend in Manchester, Bottomless Brunch should be considered, and if you fancy it – you should get yourself booked in ASAP. There’s a load of them on offer, including the excellent Elnecot in Ancoats, Brazilian food at KBOM in Hatch, Spanish Tapas Brunch at La Bandera and Japanese Brunch in Cottonopolis. Another favourite is The Pen & Pencil who will be hosting their ‘All Inclusive Free Flow Brunch’ where you get unlimited drinks AND food for just £40 per person.

12 Places to get a Bottomless Boozy Brunch in Manchester 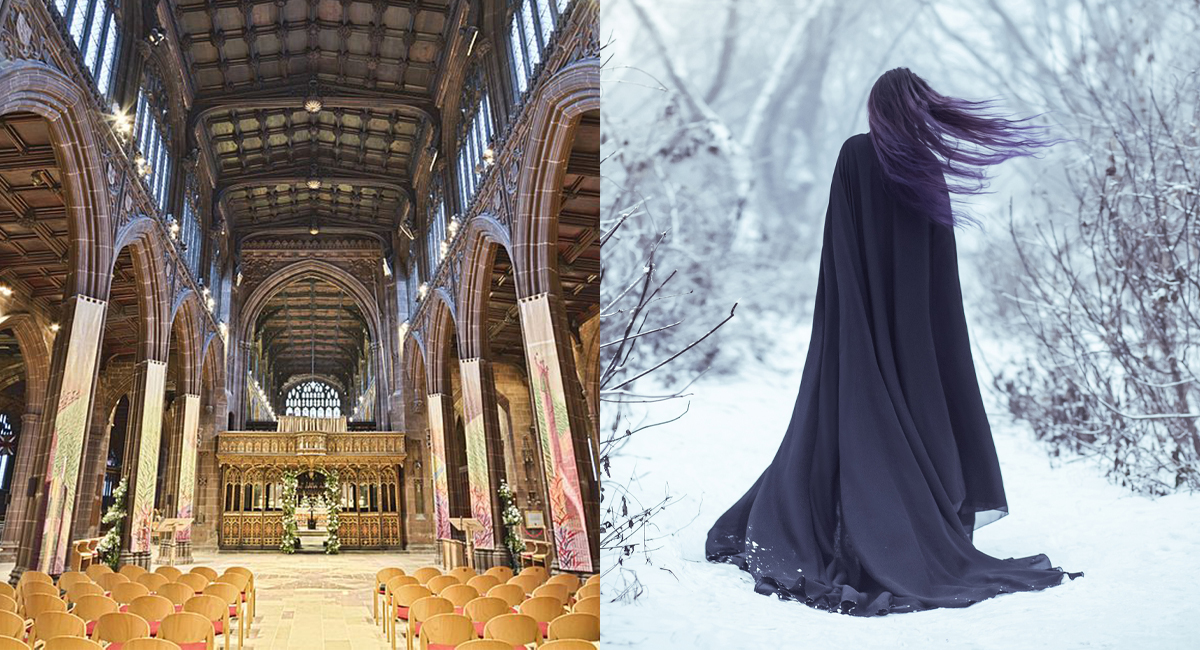 Alicia: An Immersive Rock Opera
Thursday 26th August
Taking place at Manchester Cathedral is Alicia – an immersive rock opera that combines iconic rock anthems such as ‘Paint It Black’, ‘The Sound of Silence’, ‘Black Magic Woman’, ‘White Room’, ‘Feeling Good’, and ‘Whiter Shade of Pale’, to tell a story with a hidden meaning through the art of opera. It’ll be here in Manchester for one night only before heading to Nottingham, Birmingham and finally – the West End. 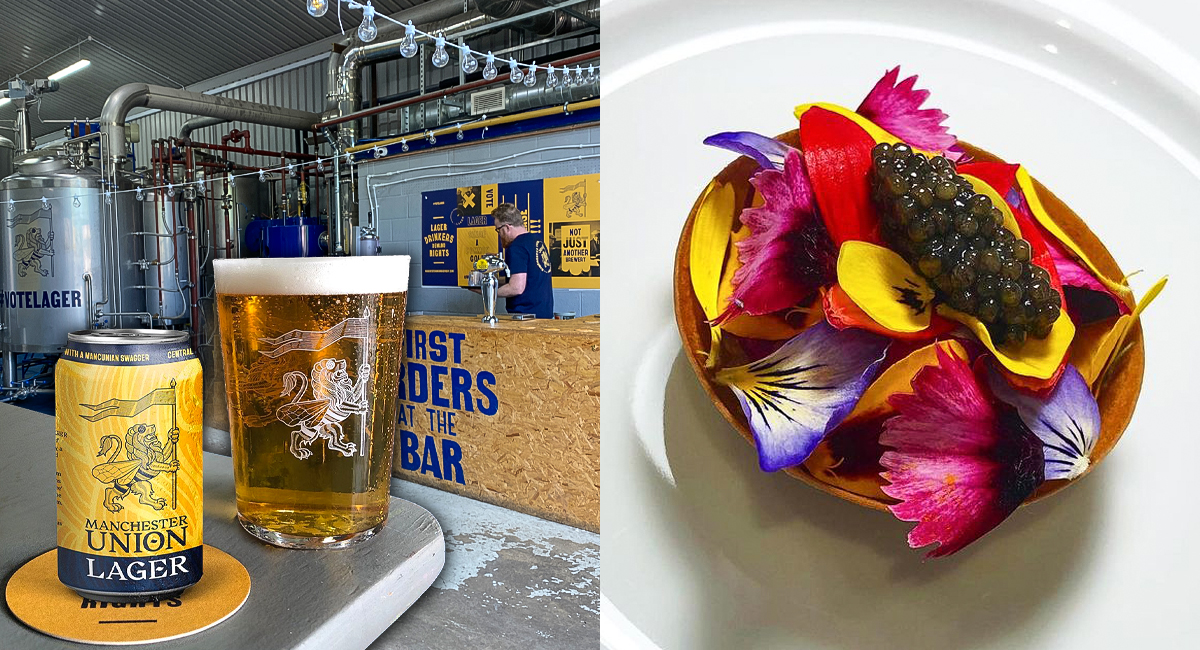 Manchester Union x Sao Paulo Supper Club
Thursday 26th August
The first in a series of planned Supper Clubs to be held at the Manchester Union brewery and tap room, this first event sees the lads team up with Caroline Martins of Sao Paulo who will be presenting a modern Brazilian-British fusion menu paired with the beers. Using a long list of local British suppliers, Caroline has crafted an authentic Brazilian menu featuring dishes that you won’t find anywhere else and that reflect the diverse culinary landscape in the vast country. For £45 you get 3 courses, two sharing plates, welcome drink and beer matched to each dish. 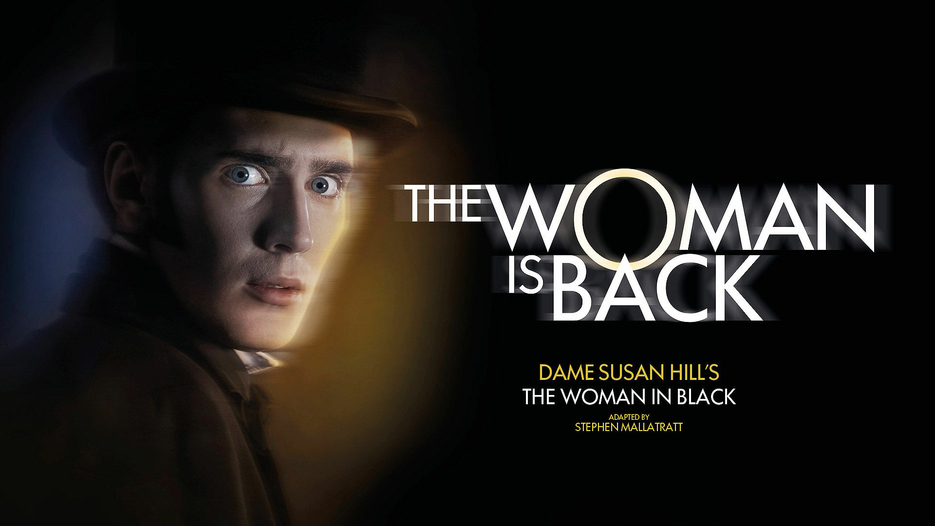 The Woman in Black
Thursday 26th – Saturday 18th August
If you feel like being scared shitless this Bank Holiday, then look no further than the Palace Theatre, where you can watch the brilliant Woman in Black. The story of a young lawyer who goes to sort out an old house on the coast, only to be haunted by a manky old woman for his troubles, the original novel by Susan Hill has spawned not just the stage show but the recent Daniel Radcliffe film and the 1989 one which is one of the most terrifying things to ever be filmed. 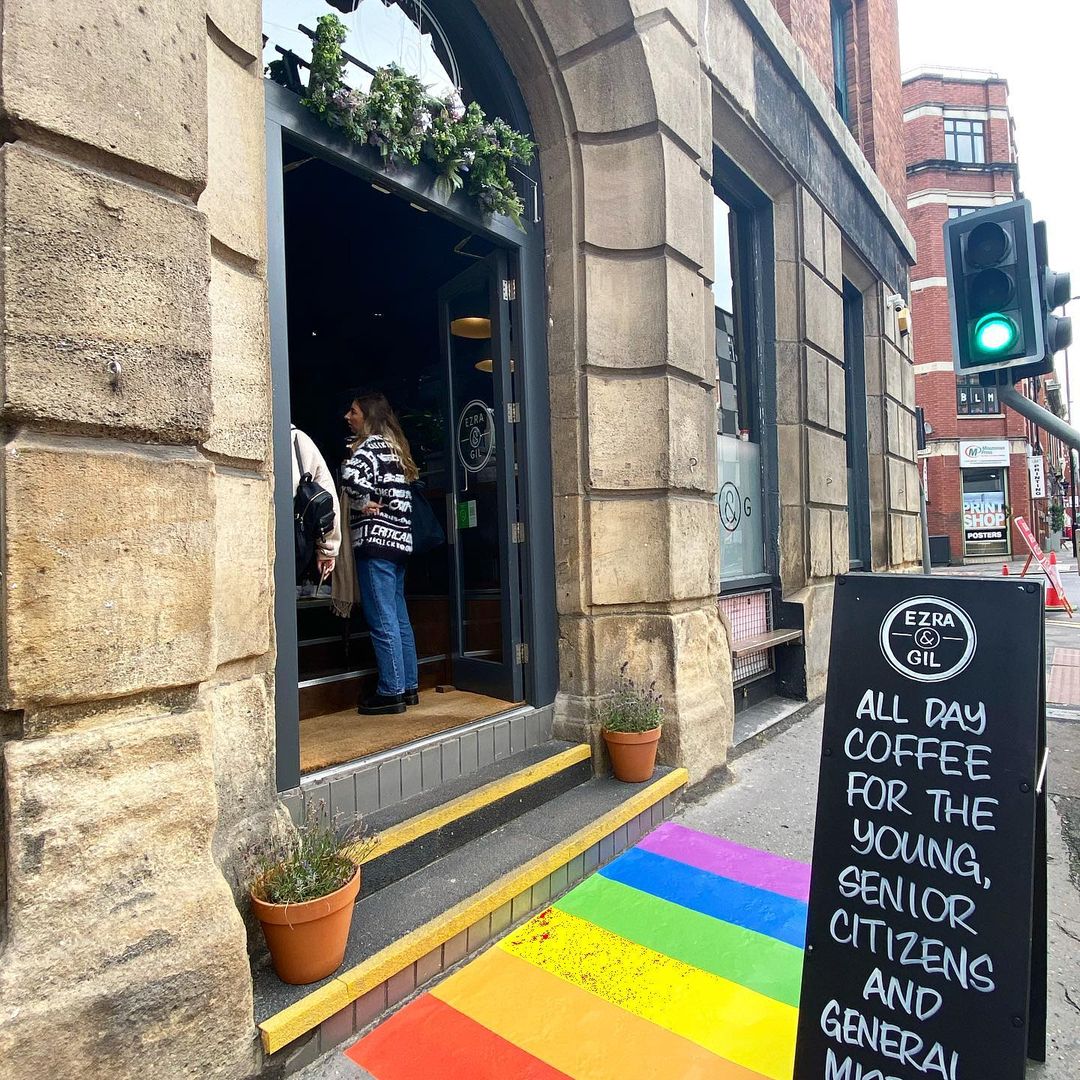 Ezra & Gil Pride Special
Sunday 29th August
Everyone’s favourite Northern Quarter brunch haunt will be hosting their debut Pride party on Sunday. The café has secured a number of impressive acts and performances, including Belinda Scandal, a live DJ set and a live violinist for their outdoor seating area. 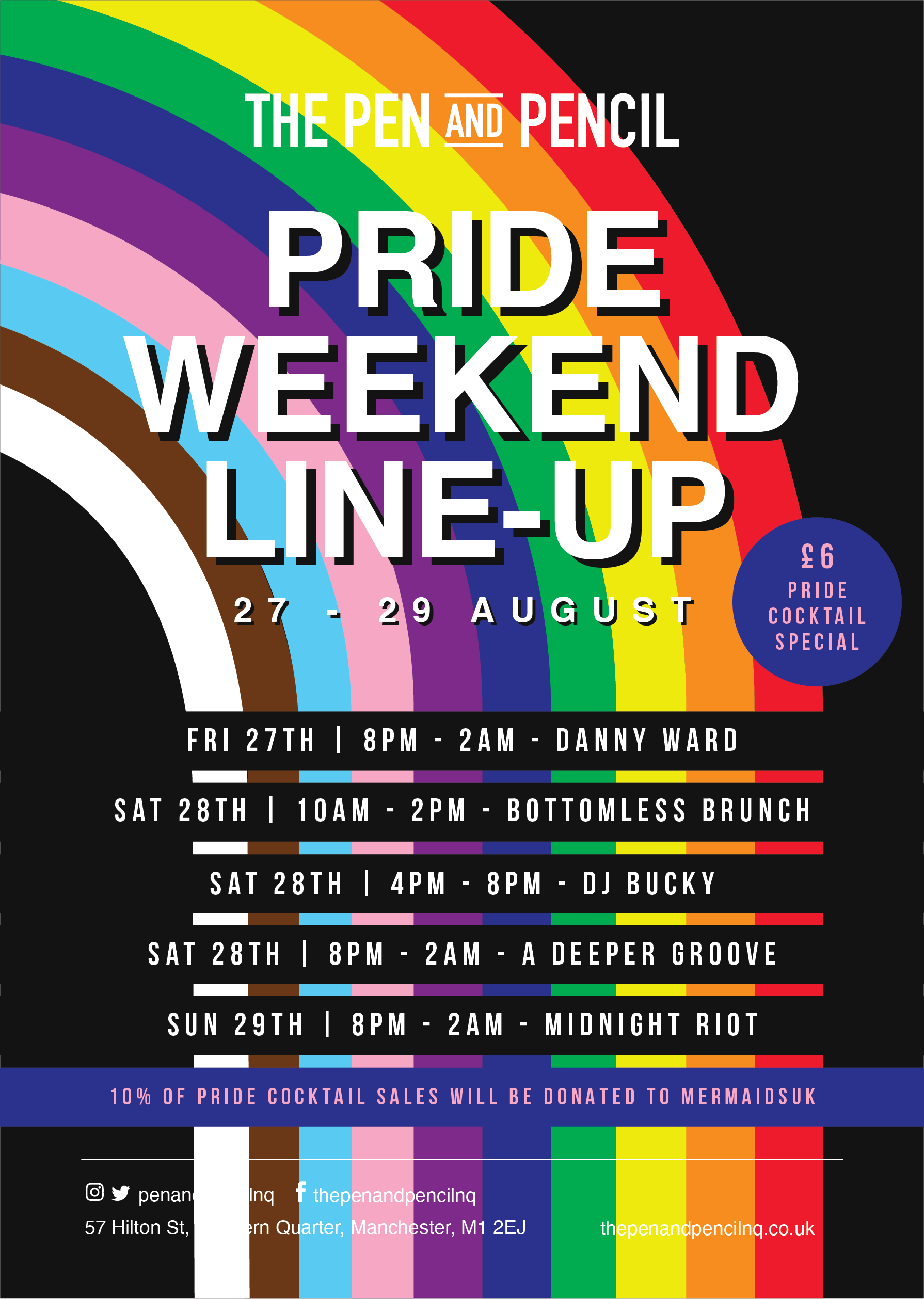 Pride Weekend at The Pen & Pencil
Friday 27th – Sunday 29th August
There’s a packed weekend of festivities over at The Pen & Pencil this Bank Holiday, with their very own Pride Cocktail – 10% of sales of which will go to MermaidsUK – plus a load of DJs and of course – Bottomless Brunch. P&P’s Bottomless Brunch is special – it also includes BOTTOMLESS FOOD – so that’s one to book, and Sunday will also see Midnight Riot take to the decks until late. 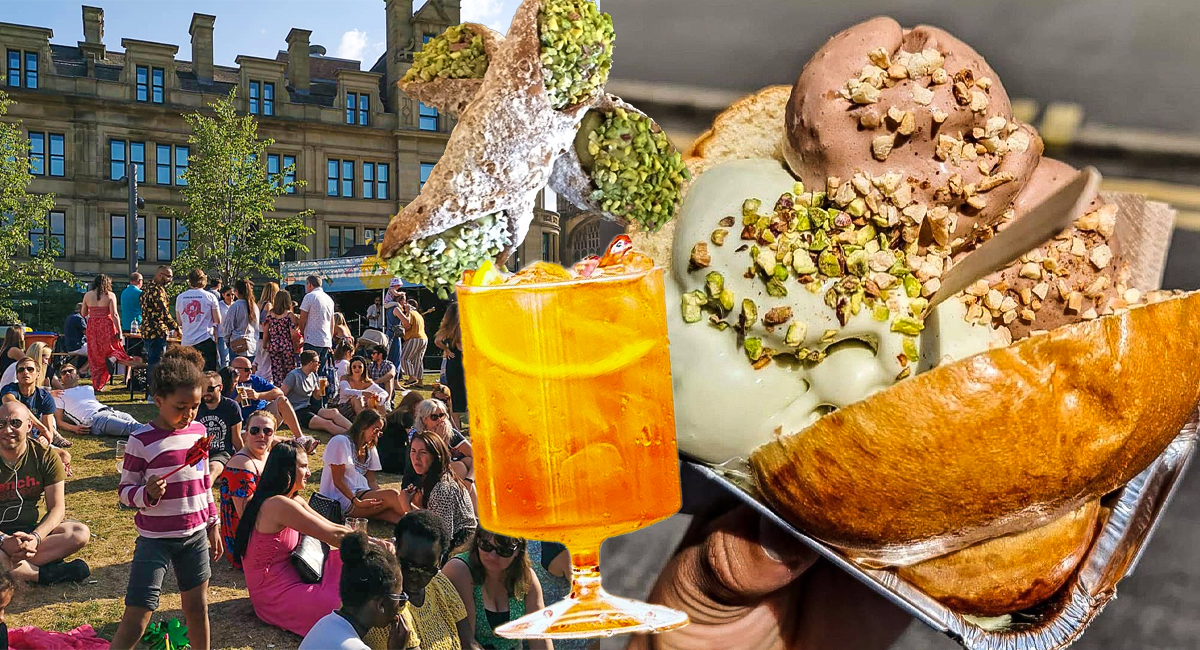 Festa Italiana
Friday 27th – Sunday 29th August
The annual free-to-enter weekend-long festival celebrating Italian food, drink and culture is back. There’s authentic Italian food from a whole host of Manchester favourites, served up alongside a ton of booze and chef masterclasses from the likes of Maurizio Cecco at Salvi’s, Gennaro Contaldo and Giancarlo Caldesi – both firm favourites on Saturday Kitchen on the telly. There’s also live music, cinema screenings and tonnes more. 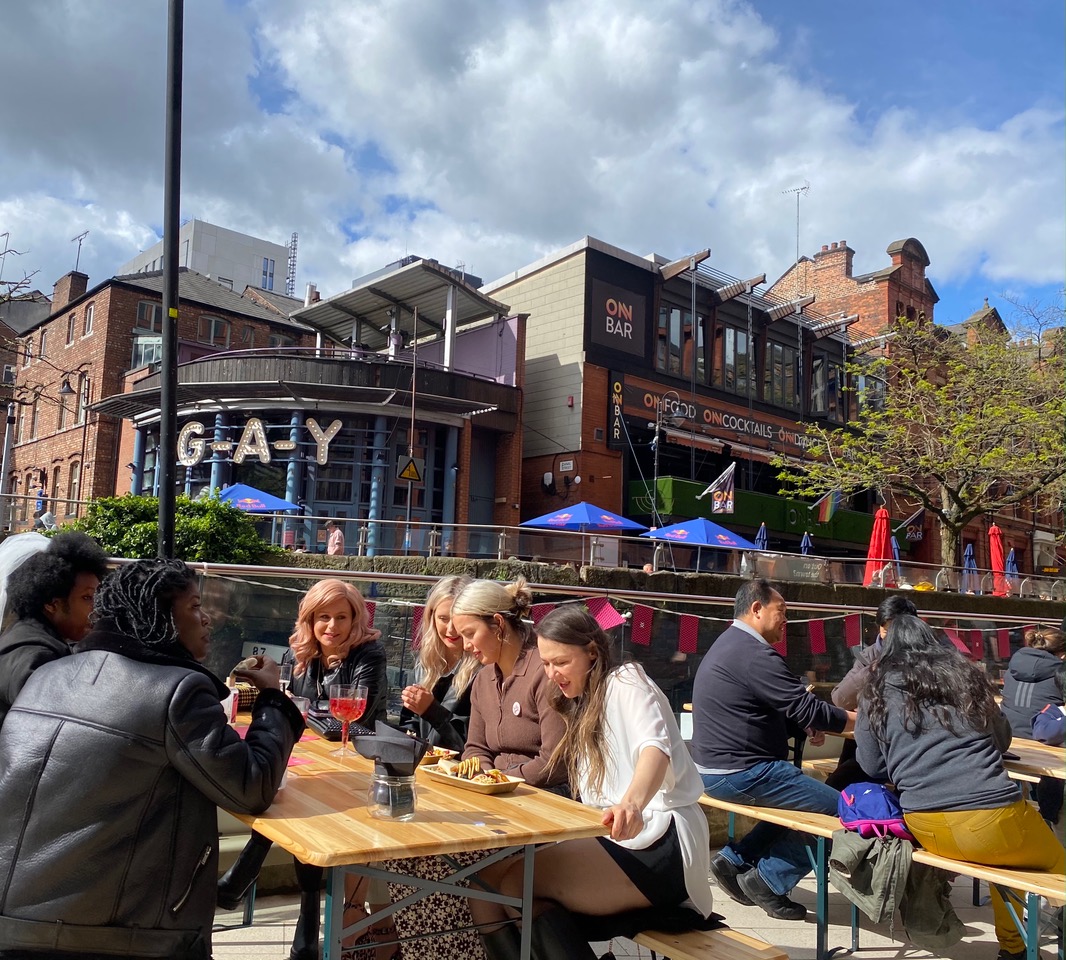 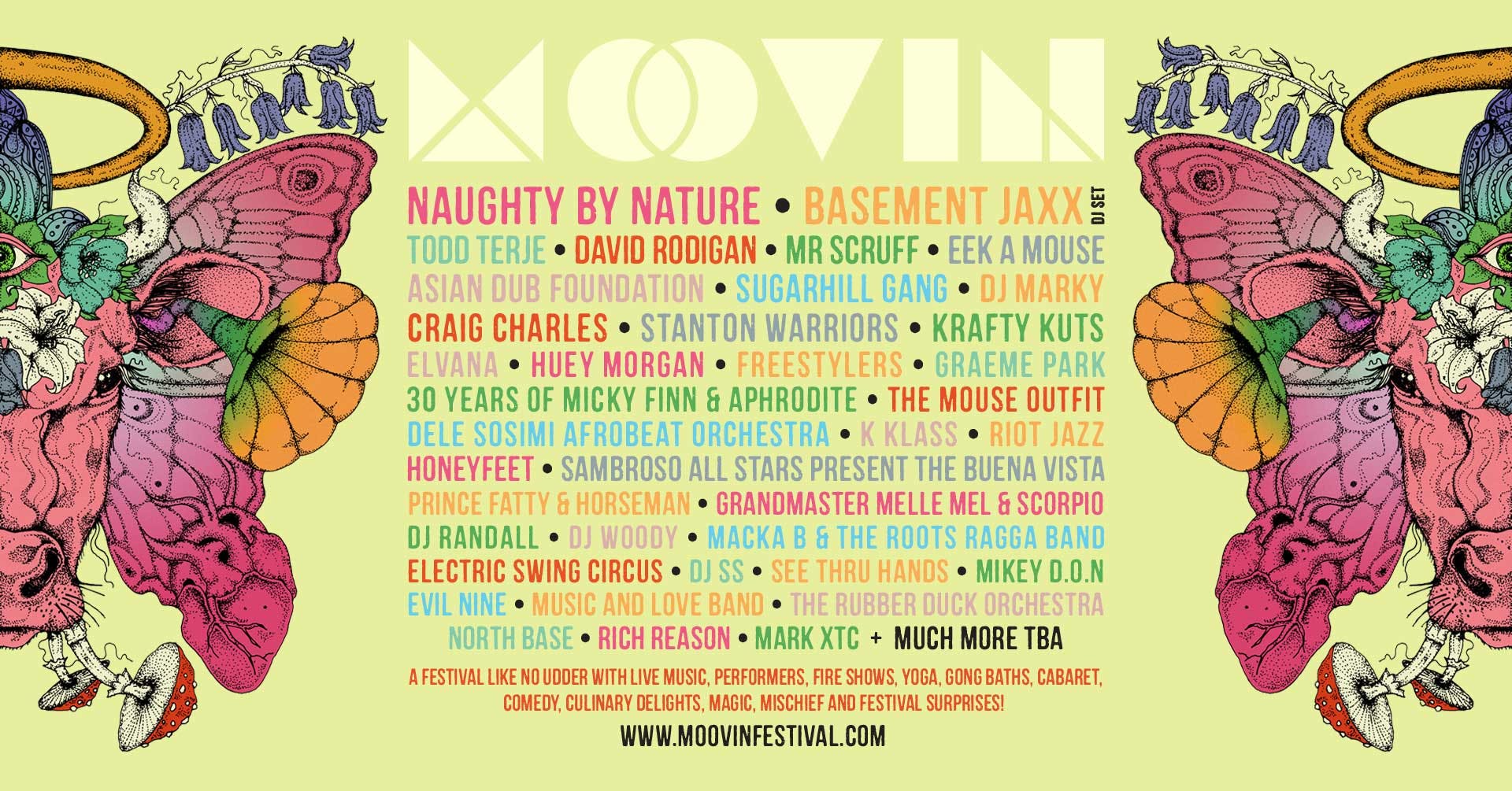 Moovin Festival
Friday 27th – Sunday 29th August
Taking place at Whitebottom Farm in Stockport, Moovin’ Festival returns after a pandemic enforced absence and they’ve got a pretty impressive line-up planned for the weekend. Basement Jaxx will be there, as will Naughty By Nature, David Rodigan, Mr Scruff, Huey Morgan, K-Klass and loads more. Weekend tickets start from a respectable £115. 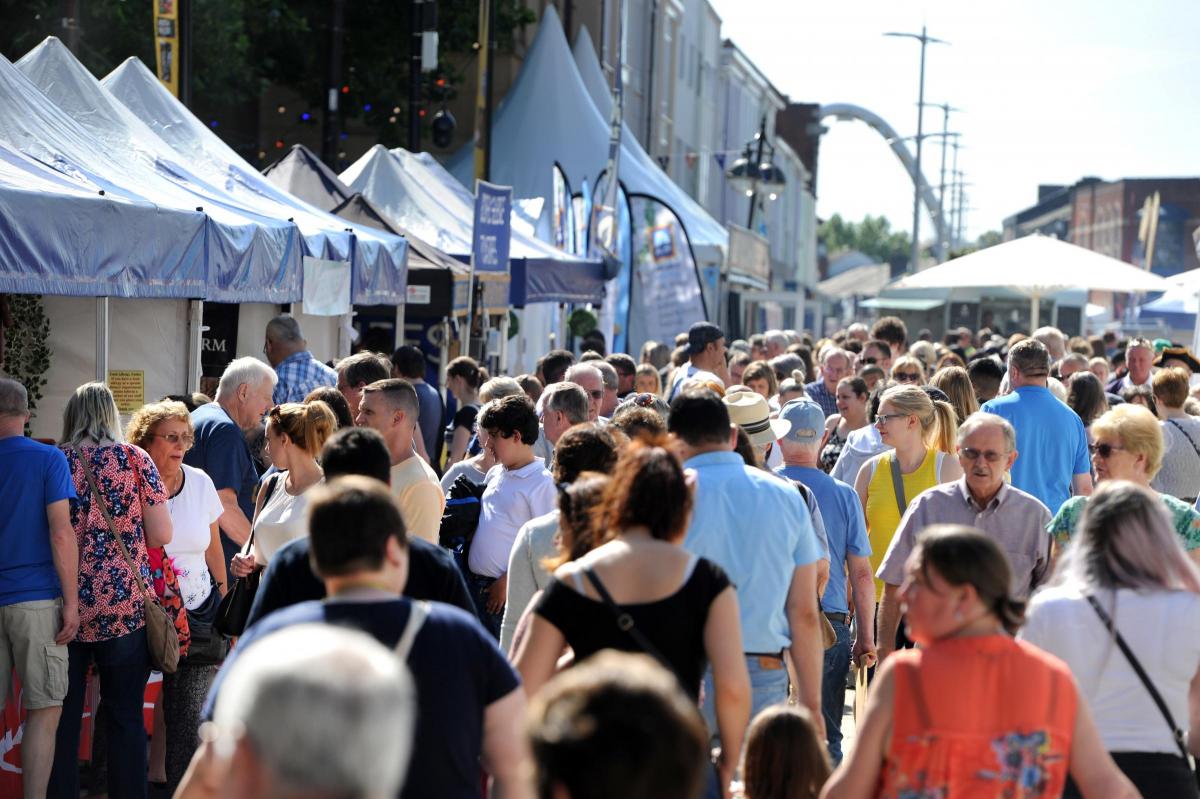 Bolton Food & Drink Festival 2021
Friday 27th – Monday 30th August
THe 16th annual Bolton Food & Drink Festival and they’ve managed to curate themselves another impressive line-up of celebrity chefs and events. Jean-Christophe Novelli will be popping in on the Sunday, alongside all-weekend Foraging in Queens Park, Beer & Cheese Tasting with Chorlton Cheesemongers, masterclasses and more. Check out their site for all the details… 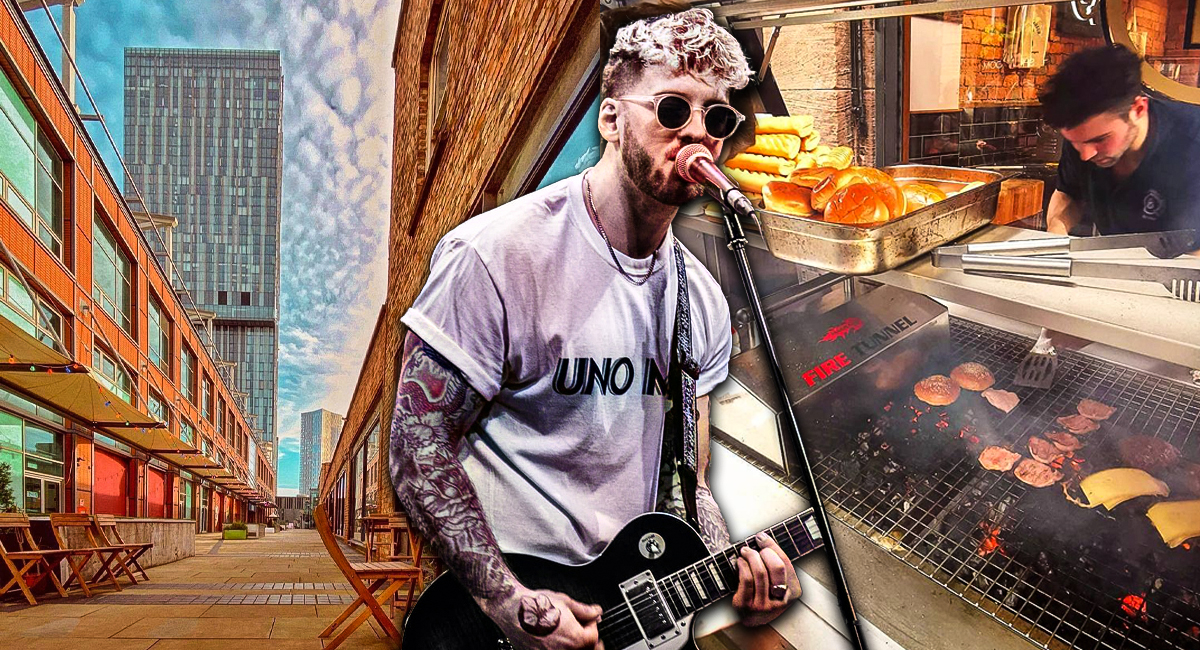 Deansgate Mews Street Festival
Friday 27th – Sunday 29th August
This festival of street food and live music was supposed to take place at the beginning of August, but because of bad weather, it was postponed to this August Bank Holiday. It’s FREE and there’s set to be 30+ acts performing over the weekend, a BBQ from the Butcher’s Quarter, cocktails at the Mews Bar, toasties at 3 Hands Deli and stalls a plenty to pick up some gifts while you are out and about. 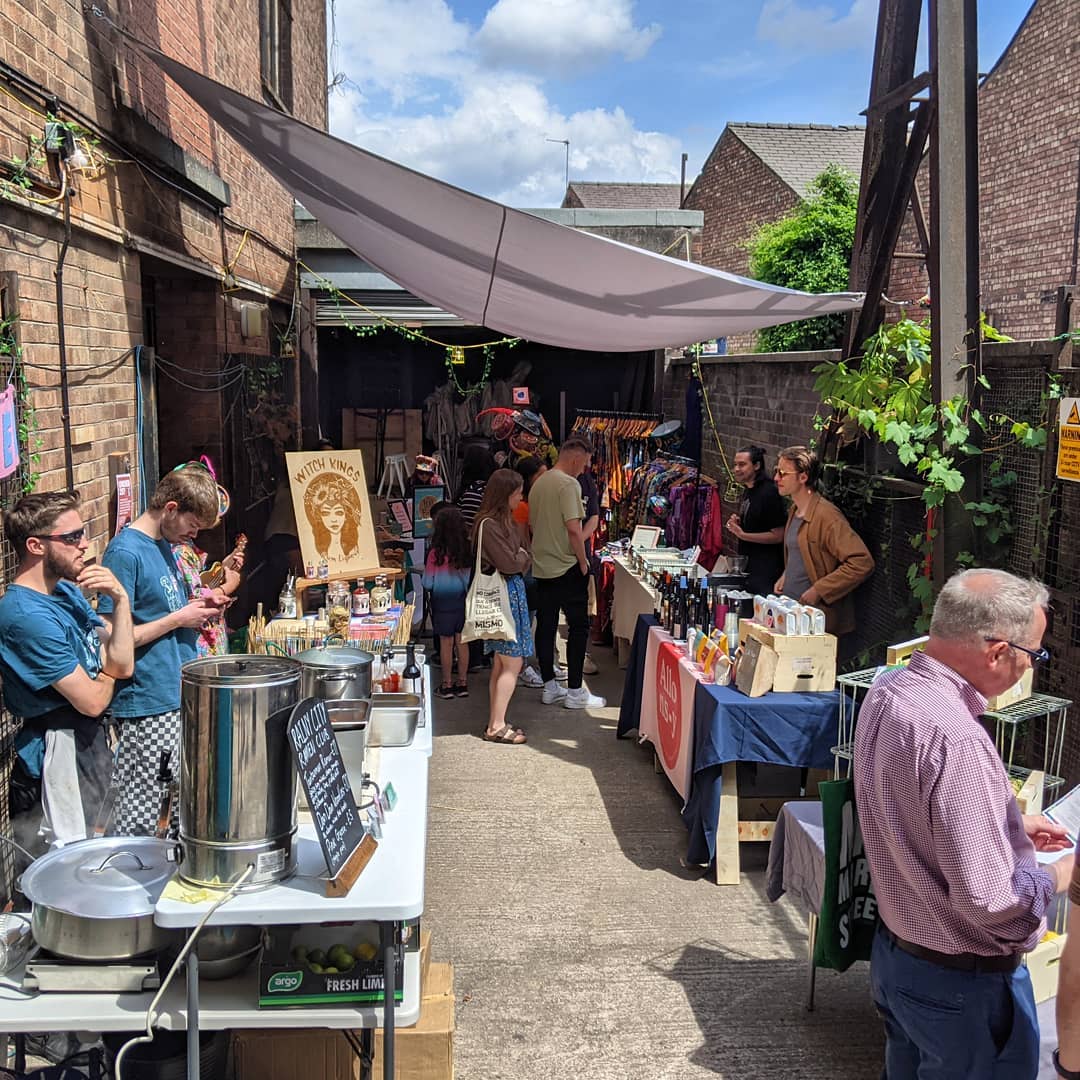 Ancoats Pop-up
Saturday 28th & Sunday 29th August
The sublime market on Radium Street returns for the Bank Holiday Weekend, and there’s already a long list of traders popping down, offering up everything from hot food to sweet treats, baked goods, jewellry, books, gifts, homeware and plenty more. It’s FREE to have a look around and it’s likely that you’ll find something you like – including some of the greatest pies you’ve ever eaten in your life. 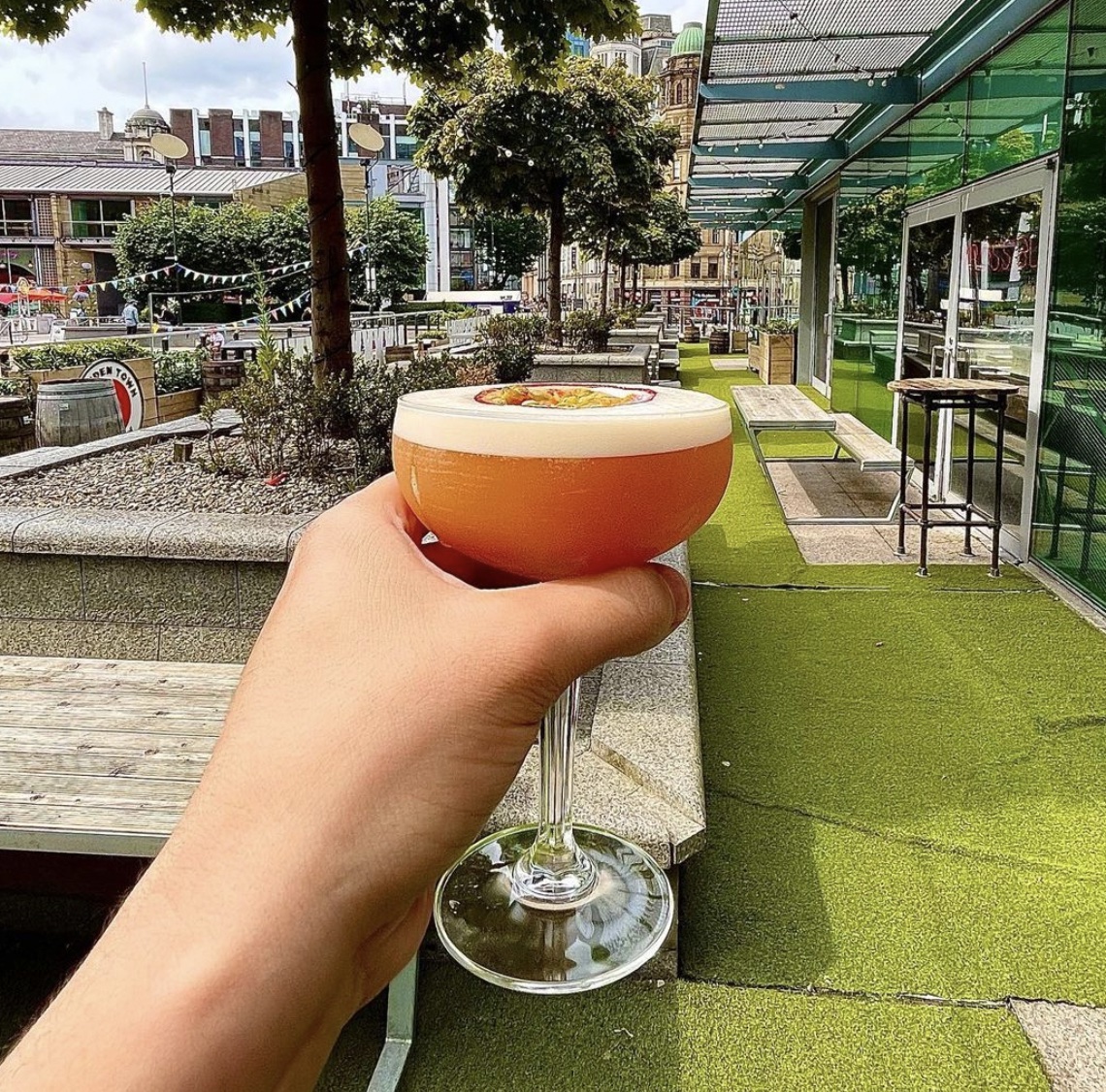 RuPaul Bottomless Brunch & Bearded Brutes Exhibition
Saturday 28th & Sunday 29th August
It’s a busy week down at Great Northern, with their long list of venues all pretty much doing something special for the Bank Holiday. There’s a RuPaul Bottomless Brunch at Impossible, the Deansgate Mews Festival and a new art exhibition – Bearded Brutes by Mark Leeming – which is hoping to raise money for the fantastic George House Trust. 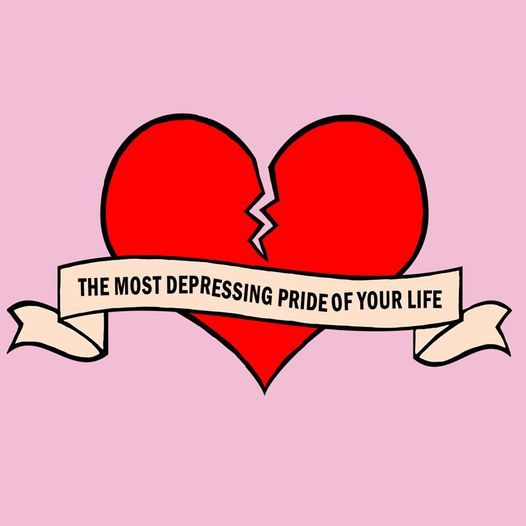 The Most Depressing Pride of your Life
Saturday 28th August
A ‘break-up disco’ down at YES on the Bank Holiday Saturday now, where you’re encouraged to come and purge your old relationships on their dance floor with the help of Love Songs and Power Ballads. They’ll be focussing on the Heartache, Trauma and Pain of the saddest songs ever written – so if that’s your bag – get on down. Tickets are only £6 and it’s on til 3am. 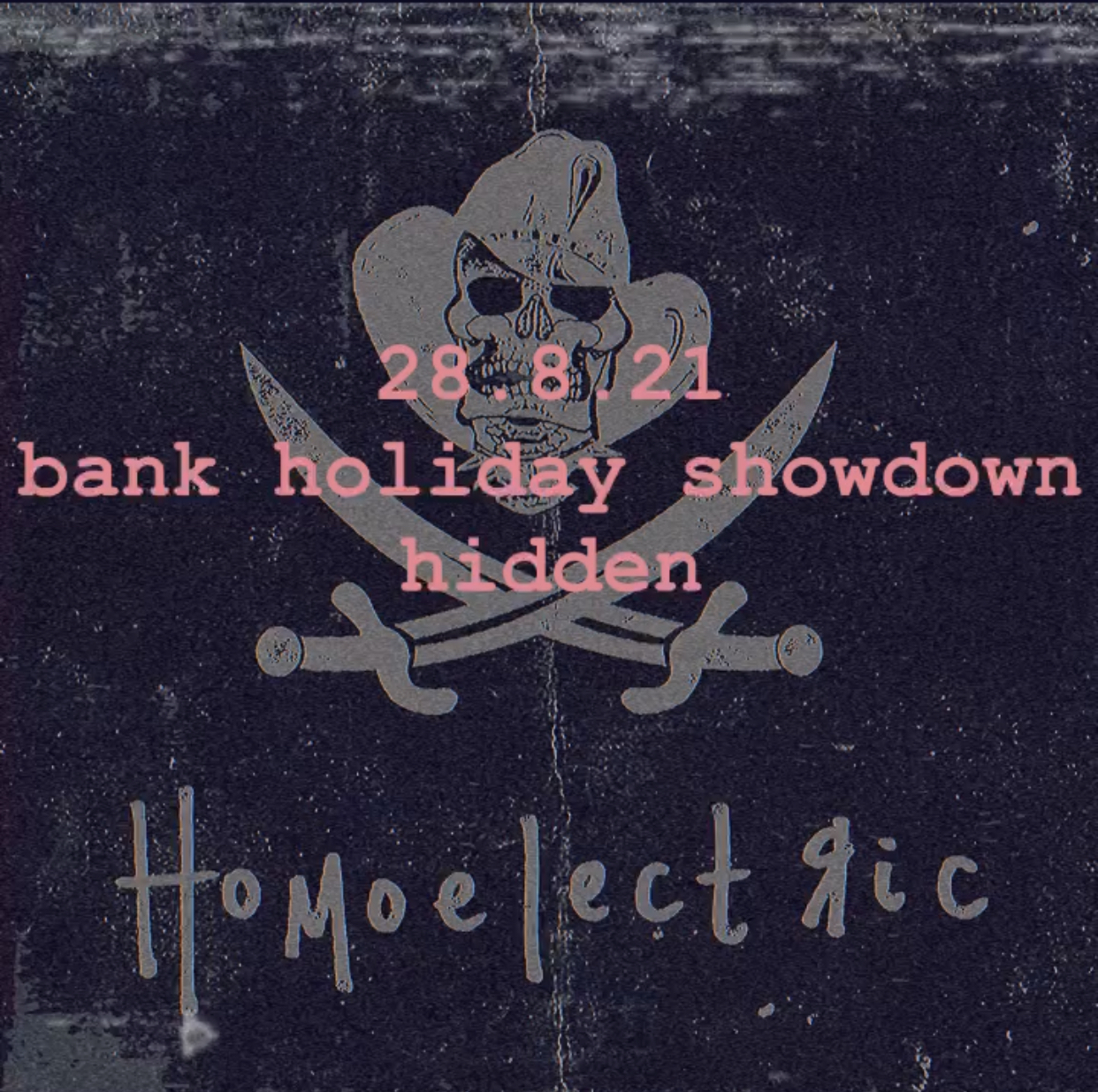 Homoelectric Bank Holiday Showdown at Hidden
Saturday 28th August
Homoelectric hosts it annual August Bank Holiday showdown at Hidden with resident DJs; Luke Unabomber, Gina Breeze, Jamie Bull, Will Tramp and Lukas, plus a few very special guests. Homoelectric will also be hosting a special Homopicnic over at Escape to Freight Island on Monday 30th August, so if you’re too late for this one – get involved down there.

Zutekh presents… at Square One
Sunday 29th August
Taking over a former car park right on the cusp of the Mancunian Way, Square One is one of the city’s most interesting clubbing and music venues, and as you’d expect – they’ve got a packed weekend planned for the Bank Holiday in August. The Sunday will see Zutekh take over and present Hector Oaks, Matrixmann, Imogen and Aalice until the early hours. If you’re into Techno – this will be a biggie! 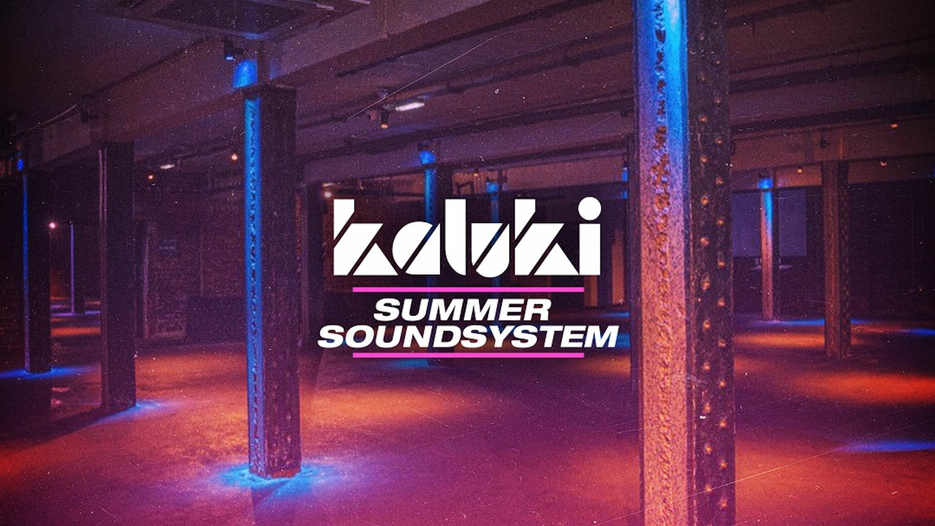 Kaluki Summer Sound System
Sunday 29th August
As part of a nine week residency in the basement of Victoria Warehouse, the Kaluki lot have decided to go back to their roots with ‘red hot’ talent and surprise performances from some of the worlds most in demand DJs. This Sunday night Bank Holiday banger includes AJ Christou, Joseph Edmund, Kreed and plenty more – playing til 4am.