A 3-Day Craft Beer Festival, Stockport's Food Markets & The Best Things To Do in Manchester This Week

Also including Shaggy, a Camden Town Tank Party, Queer Yoga and the opening of a brand-new NY piano and cabaret lounge in a basement on King Street... 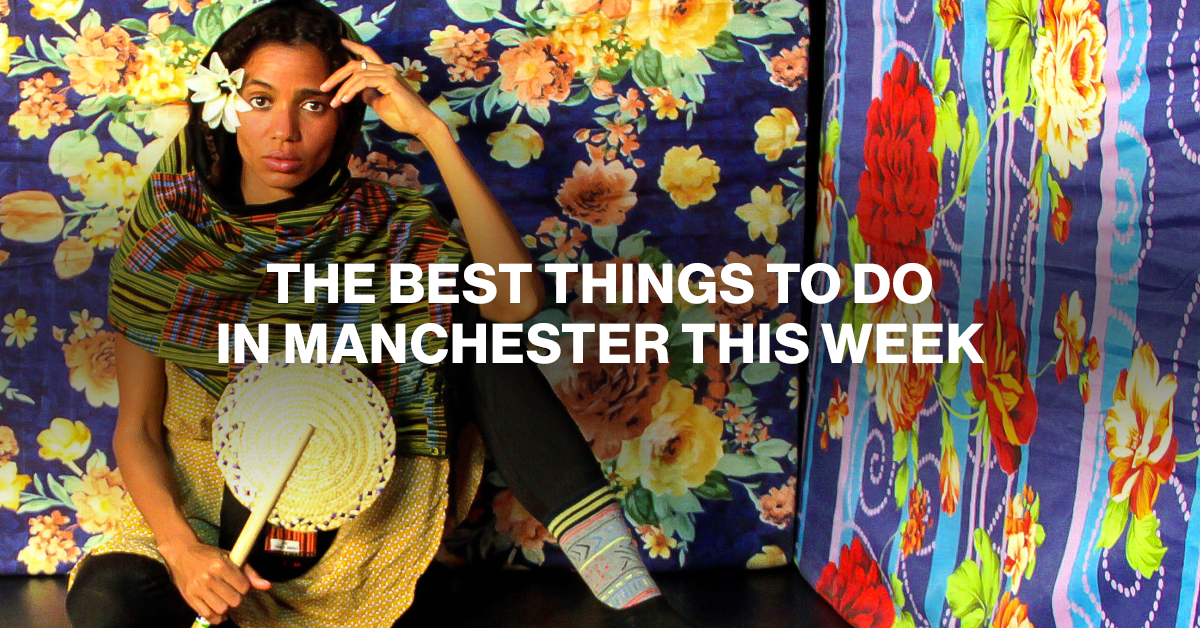 As thousands of you take the perilous trip down to Glastonbury this week, have a thought for the rest of us, stuck here in Manchester, twiddling our thumbs and generally being bored silly.

I’m only kidding, if anything it’s you lot who are missing out as there’s actually a lot going on this week, with a Summer Beer Festival coming to KAMPUS, Góbéfest – the city’s annual celebration of Transylvania and the Carpathian Basin, and even the return of the legendary Lady Boys of Bangkok. You won’t get any of that in a field in Somerset – and you won’t have to deal with rail strikes either.

The sister festival to Indy Man Beer Con, Summer Beer Thing is back this weekend (Friday 24th – Sunday 26th June) at Kampus – with three days of food, music and beers from all over the country with brewers such as Cloudwater and Vocation travelling in to showcase their latest brews. The Kampus food traders will be there too, with Nell’s, Levanter, Madre, Pollen and Great North Pie Co. all putting the graft in to feed you whilst you drink away.

Also this weekend is the return of Góbéfest, the UK’s only free weekend-long festival that celebrates the region of Transylvania and the Carpathian Basin. Taking place in Cathedral Gardens and Exchange Square from Friday to Sunday, there’ll be music, dancing, food and drink all from the area – including such delicacies as kűrtőskalács (chimney cake) and mititiei (Romanian skinless sausages) and of course – lots of Csiki beer.

The Tatton Park Pop-up Festival begins this weekend too, with a series of live music performances by the lake, followed every weekend throughout July and August. This weekend sees ‘The Rocket Man‘ tribute to Sir Elton John, an immersive dinosaur experience Jurassic Earth and an ABBA MIA tribute on Sunday. These are followed up in the coming weeks by Symphonic Ibiza (Sat 2nd July), Kidchella (10th July), Brutus Gold’s Love Train (22nd July), Martin Kemp’s 80’s Party (4th August) and the final Proms in the Park on Sunday 7th August.

Finally, this Saturday it’s Armed Forces Day, with the city honouring the outstanding contribution of the nation’s armed forces with a special day of activities and entertainment in St Peter’s Square from 11am until 4pm.

World-renowned DJs, producers and artists The Avalanches are heading to the Ritz on Tuesday 21st June, and their shows are always joyous, raucous and celebratory affairs – so it should be a good ‘un. Also popping up at The Ritz on Wednesday 22nd is Shaggy – who insists that it wasn’t him – but I don’t believe him. Finishing off a big music week for the 100-year-old venue, Snail Mail are there on Thursday, followed by Yung Gravy and Ultimate Power on Friday and then Martin Kemp will be hosting a massive 80’s DJ set in there on Saturday.

What’s On at The Ritz

Manchester Academy will be playing host to Grammy Award-winning multi-instrumentalist St Vincent this Saturday 25th June. She’s celebrating the release of her sixth studio album ‘Daddy’s Home’ and it’s her first European tour since the pandemic. Her sound is akin to true 70s rock n roll, and she’s always innovating and intriguing with her transcendent sounds. You can get your tickets here:

Over at Band on the Wall on Thursday 23rd, Les Amazones d’Afrique will be taking to the stage – a world supergroup formed in Mali and home to a cacophony of international all-female voices. They campaign for gender equality and the eradication of ancestral violence – with a musical creative expression that takes in pan-African styles with contemporary pop, alongside the Congotronix-style production of legendary producer Doctor L (aka Liam Farrell).

The Old Abbey Taphouse will host the second Drop The Mic event this Friday 24th June – a series that celebrates poetry in all of its forms with the help of some serious wordsmiths. Expect all from acapella spoken word, to soaring vocals over live instruments, to rap performances, plus resident DJs Feazilla & Lawal sorting out the tunes between acts. 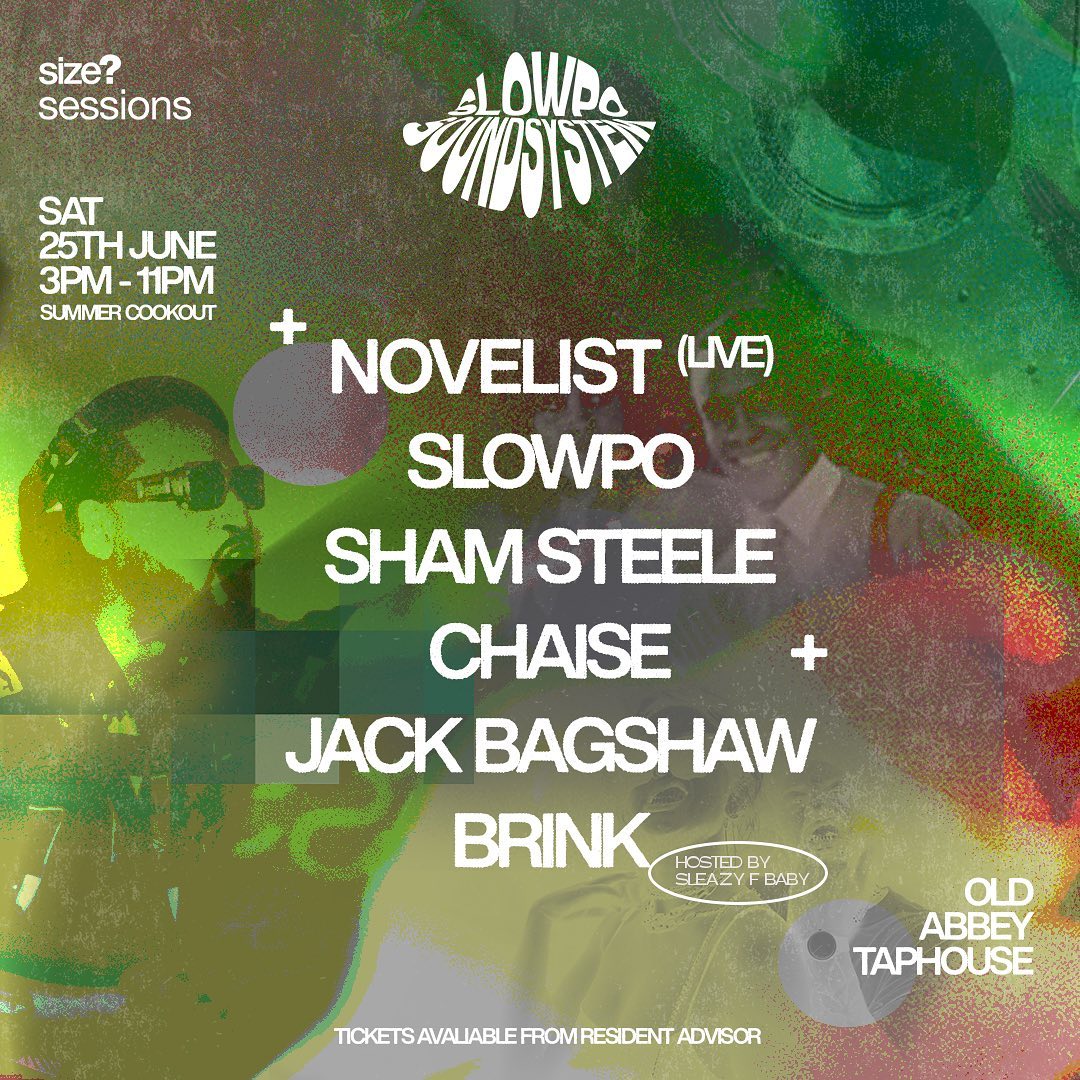 Then on Saturday 25th, the Taphouse will be hosting the next event by stalwart selector Slowpo as he joins forces with size? for the Slowpo Sound System Cookout from 3pm – 11pm, featuring a Jamaican inspired bbq serving curry goat, jerk chicken wings plus  vegetarian options. For the entertainment Slowpo has called upon DJs from Manchester and Birmingham to provide a delectable mix of Dancehall, UK Funky and Rap, plus a special live performance from critically acclaimed Novelist. Also on the roster are Sham Steele, Chaise, Jack Bagshaw, Brink and host Sleazy F Baby.

Make sure you stop by Chorlton’s Electrik this Sunday, too, to catch the Aficionado DJs soundtracking a laid back end to the week. Four Side Vegan Pizza will also be serving slices all day and there’ll be happy hour prices on the bar!

This Thursday finally sees the opening what Sonata Piano Lounge just behind King Street, a classic New York piano and cabaret lounge featuring live music every single night of the week – with full table service and a menu of cocktails, cheeses and charcuterie to enjoy alongside.

Coming to Escape to Freight Island this Friday 24th and Saturday 25th is Camden Town Brewery with their ‘Tank Party’ – their freshest beers straight from the barrels of their brewery. There’ll be food too from the many vendors at Freight Island, plus DJ Danuka showcasing jazz, soul and funk on Friday, followed b MASSAOKE on Saturday.

Another place to booze is Aperol’s new Summer Terrace down at Firefly on New Bailey, which is like an orange-themed sun trap complete with special summer dishes, and 7 Aperol cocktails to enjoy in the sunshine.

Finally, this Friday is Stockport’s legendary Foodie Friday, the hugely popular event that takes place once a month from 6pm at Stockport Market Place. Hundreds of people will come together for the world-class street food, craft ales and live entertainment from local talent, all in the beautiful surroundings of the historic Old Town.

The Lady Boys of Bangkok return to the city again this week, after a prolonged absence due to the dreaded COVID-19. They’ve set up a massive pink tent near the Trafford Centre and will be putting on their unique cabaret, comedy and music performances for the next couple of weeks. Find out all the information you need right here.

The Lady Boys of Bangkok

Coming to HOME from Wednesday 22nd is Double Murder, a double bill by internationally celebrated choreographer Hofesh Shechter, presenting two distinctly contrasting pieces. One half of the evening is Clowns, a sarcastic nod to our ever-growing indifference to violence, while the second half is taken over by Shechter’s new creation, The Fix. Bringing a tender, fragile energy to the stage, it offers a raw and compassionate moment to balance the forces of aggression and violence that press on us daily.

Also coming to HOME, plus other cinema venues across the city is the Manchester Indian Film Festival, which kicks off with a FREE launch party at The Carlton Club in Whalley Range on Tuesday 21st June. This is then followed by various screenings across the city for the next two weeks – and you can see what’s coming up right here…

Finally, Tamsin Cole is bringing ‘Queer Yoga‘ to the city centre on Thursday 24th (and every Thursday after that), at St Peter’s House on Oxford Road. All levels, bodies and abilities are welcome, with an Energising Morning Vinyasa Flow at 8.45am, and then a Grounding Slow Flow in the evening from 6.30pm.

10 LGBTQ+ Artists in Manchester You Should Know About