One of Manchester's most influential bands drop a new video, asking questions about politics, individuality and stereotypes. Here's what the creators have to say. 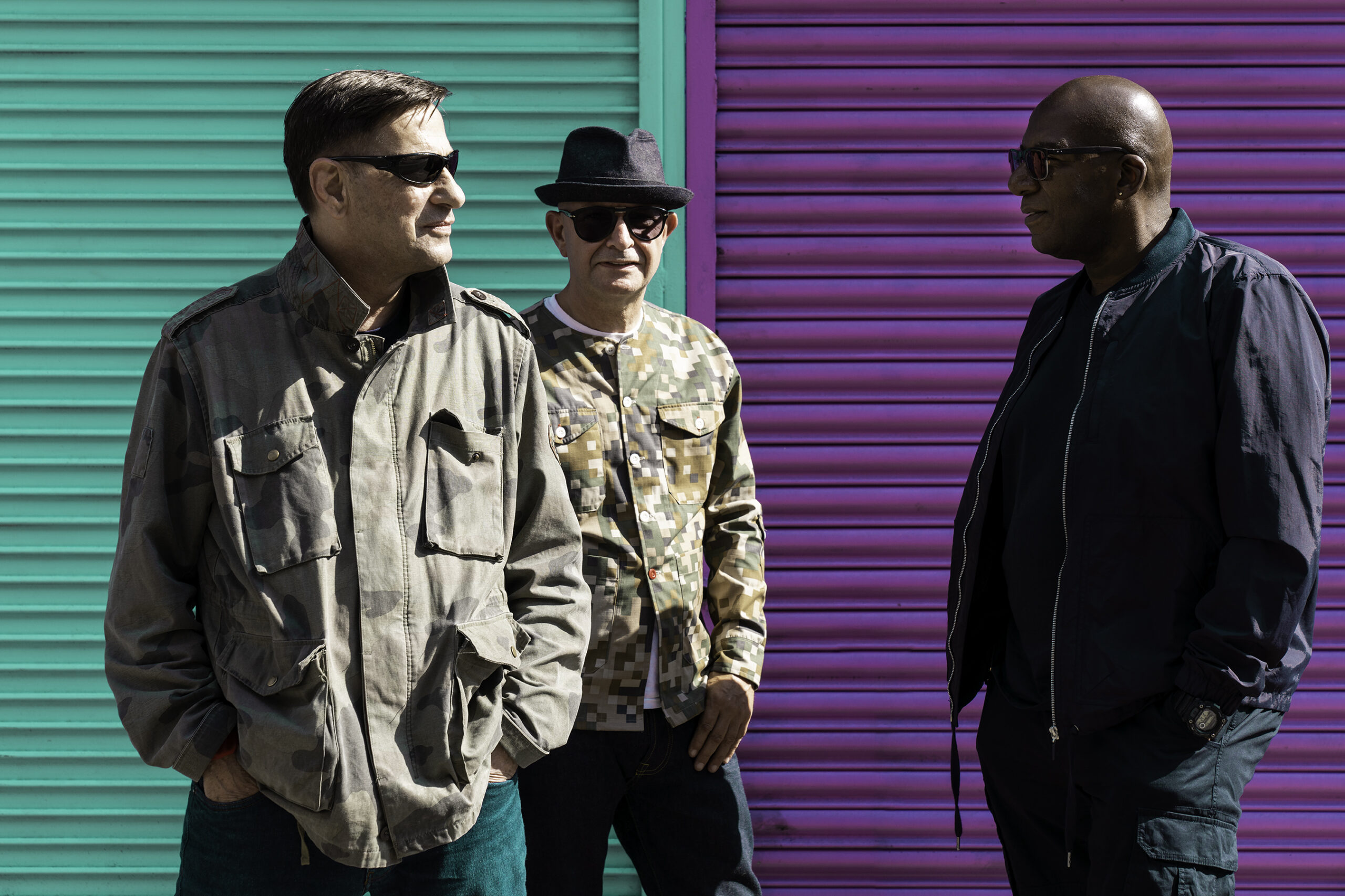 “It’s not ‘we want, we need, we’ve got to have this’. It’s never any of that. It’s negotiating,” says Donald Johnson when asked about how his band work with other creatives.

A Certain Ratio (ACR) should need no introduction. But, just in case, let’s start with the basics. One of the original Factory Record outfits, they’ve been releasing post punk, New Wave and avant-funk jams since the late-1970s, and rank among the most vital veterans currently signed to UK institution Mute.

Last year saw the release of their most recent LP, ‘ACR LOCO’. This was followed by three EPs in early 2021, dedicated to and featuring vocalist and close friend Denise Johnson. The Manchester singer sadly passed away last year aged 56, but her voice can still be heard on tracks from Primal Scream to New Order, not to mention those new ACR cuts and her debut solo album, released posthumously in October 2020.

More recently still, ‘ACR LOCO REMEZCLADA‘ — a 13-strong remix album featuring close friends and acts of the band — has been prepared and is ready to drop on 5th November. Names involve include Mr Dan, AKA Dan Carey, Lou Hayter, The Orielles, Chris Massey, Colleen ‘Cosmo’ Murphy, and Skream. An esteemed list, this evening we’re talking specifically about the video for Carey’s remix of ‘Down & Dirty’. 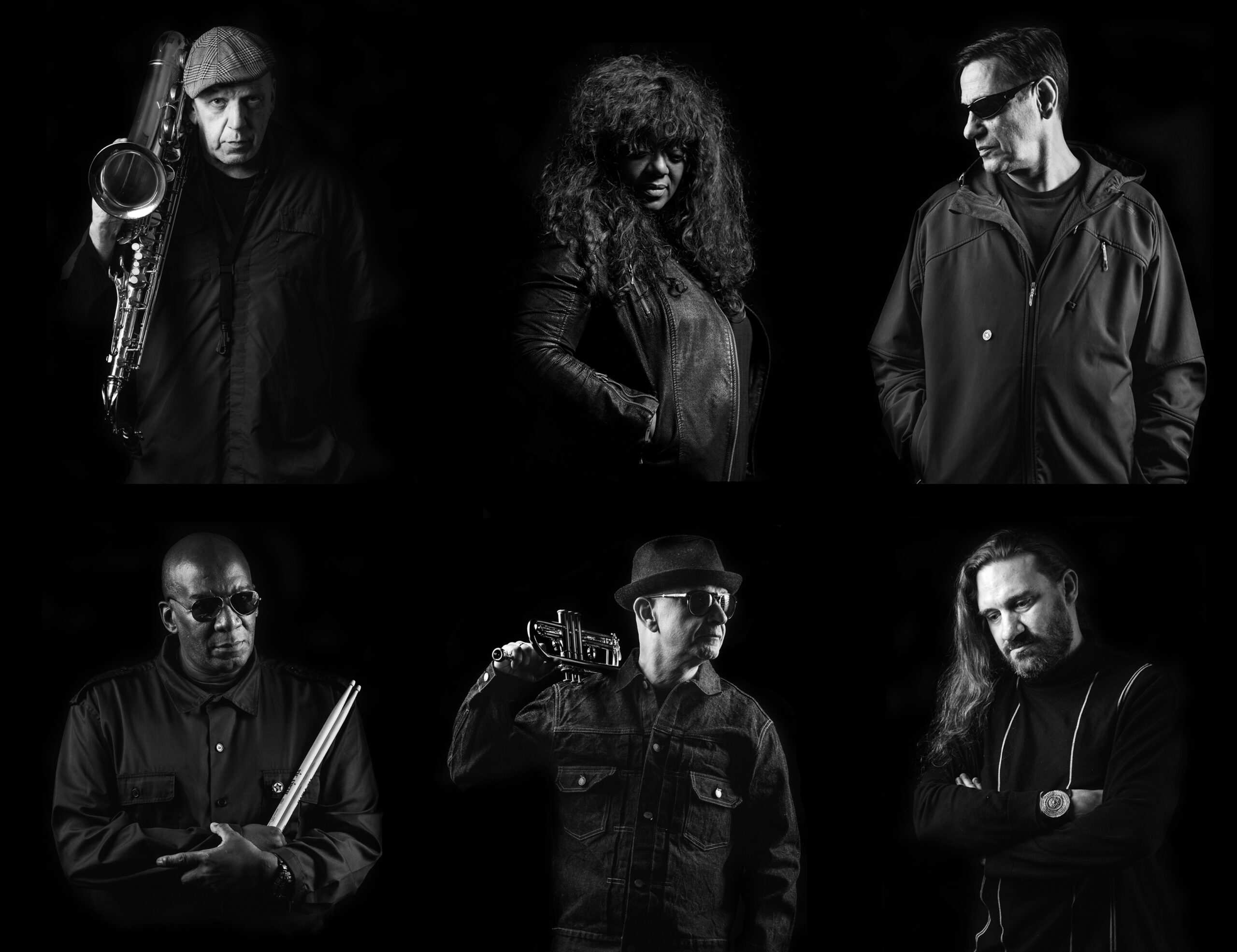 The clip features characters inspired by Britain in 2021. “It’s really about how we are living in a polarised society at the moment, with a lot of negative stereotypes flying about. You’re either this or you’re that and there’s nothing in the middle,” says trumpet and guitar man Martin Moscrop of the track itself. “The NHS doctor, the soldier, raging cokehead businessman, athlete, gangster. They are all relevant, especially to Manchester.”

“The whole idea is that people pick for themselves what they want from it. With something like this, the idea is to prod, poke, wake the bear up. Ask people ‘what’s your take on this, where do you sit with this’,” interjects Johnson, the man responsible for ACR’s commanding beats. “You can’t sit around and wait for the nice fluffy clouds and unicorns. That’s not going to happen.”

The video itself was directed by Manchester’s own RollCam Directors. The team received a copy of the track and were left to their own devices in terms of visualising the music. A process indicative of ACR’s approach to working with conspirators, refreshing in an era when every detail of a production or promotional campaign is usually controlled to within an inch of its life. 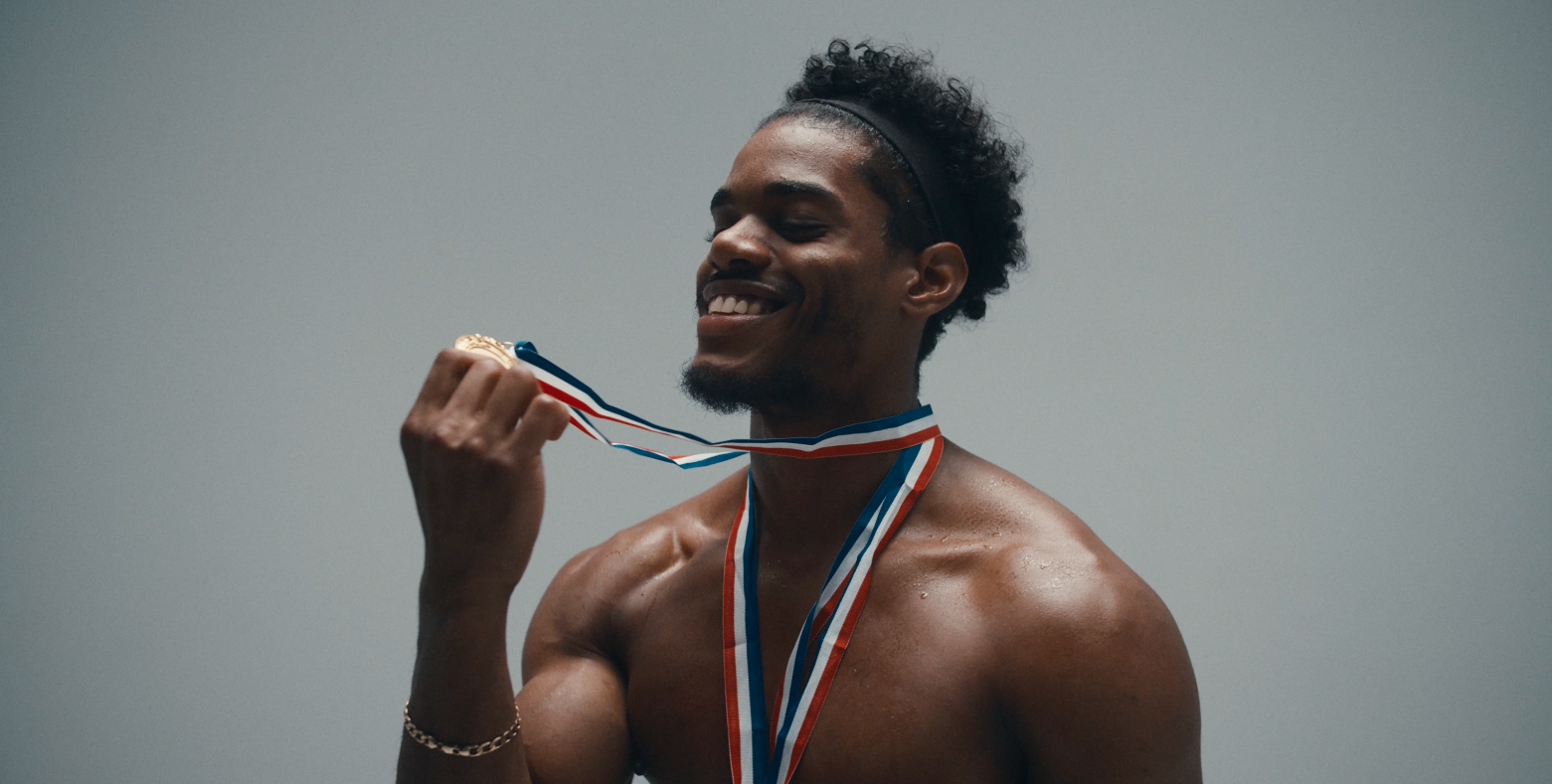 The Athlete, one of the characters in Rollcam Directors’ ACR video

“We’re always looking for something that’s fresh,” says bassist and vocalist Jez Kerr. “It’s the same with the remixes we have done with people. We just said: ‘Please, do what you like with it. Anything’. And some of them are really different, and I think that element of how we work and collaborate with people is really key to what we do.”

“It’s about letting creative people be creative in their own scope. Let them do it in their own way and see what comes together. So for instance with the video, Joe got the track then came up with the concept for it. And we went ‘yeah, great’,” adds Johnson. “We don’t go into any almighty concept, we leave it to the people who are creative in a particular field.”

After 11 studio albums and countless short form releases, the formula clearly works. ACR’s discography offers a blueprint of how to keep things moving forward. ‘ACR LOCO’, their first LP in 12 years upon release, proves just how fertile these imaginations still are. Not to mention how far removed their attitude is from the music industry of today — raw, rather than impossibly neat. 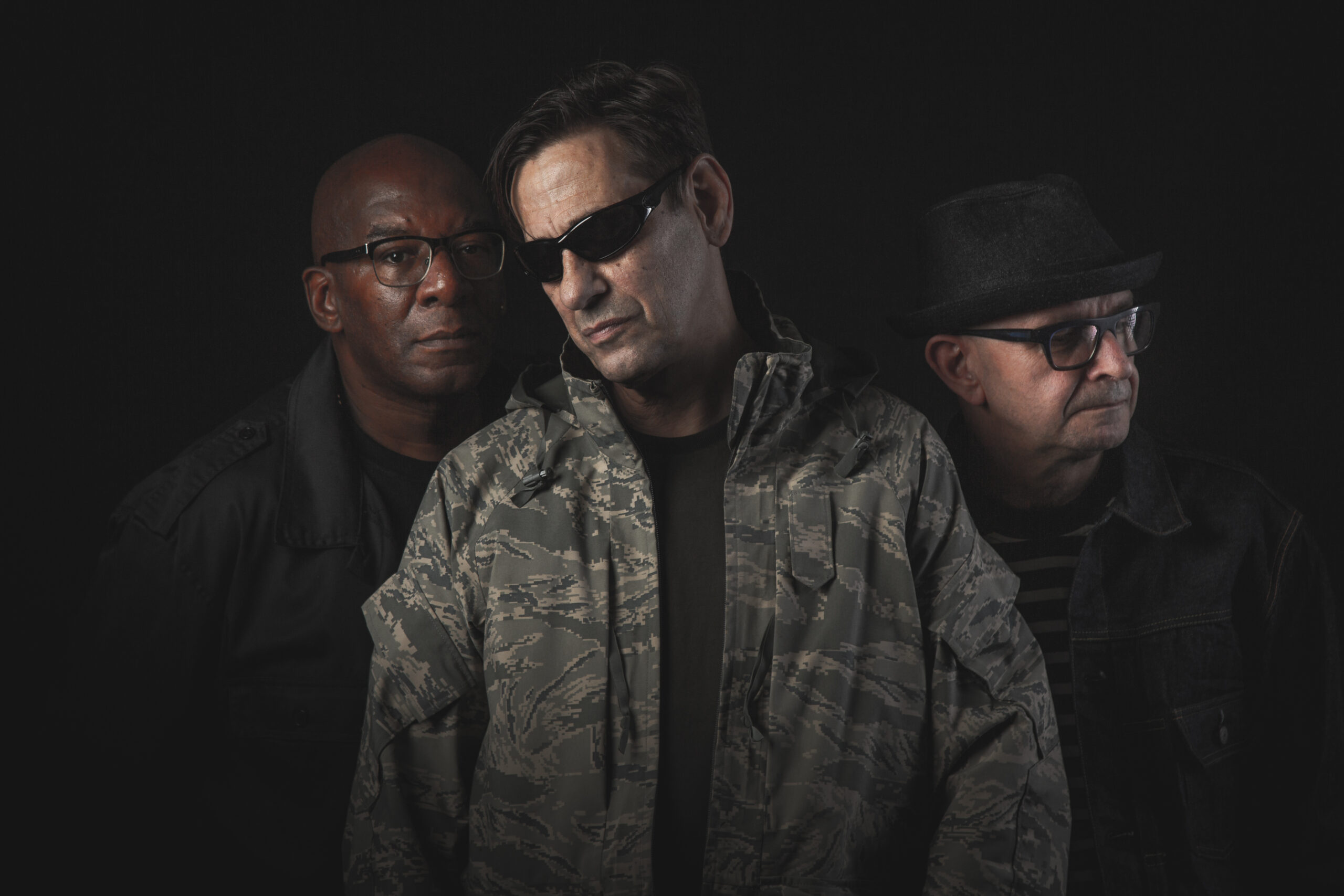 ACR have released one album, three EPs and a remixes record in the last year

“As far as the Internet goes, and the way music is sold, it’s locked-in tight. The rock and rollers and the hippies of the 1960s will be going ‘fucking hell, you are fucked’. Because we are, aren’t we? But live music, festivals, that’s where there magic is,” says Kerr, explaining stage and studio are why the band continue. “That magic is ‘anything can happen’. You’re listening to new music in that moment.”

Our conversation moves to the video content, and what viewers should and could take from the action on screen. “For me, it’s important that we have started a debate,” says Johnson. Kerr adds: ““People need to listen to each other, but often they don’t. People don’t feel they have time to listen, you have to make your mind up so quickly.

“What I hope they take from it is the message that: ‘It’s time to work it out, we can work it out,” replies Moscrop, directly quoting a line from the track. Their collective responses emphasising how subjective nuances can be, but ultimately the truth is unmistakable. Society must stop making assumptions about itself. 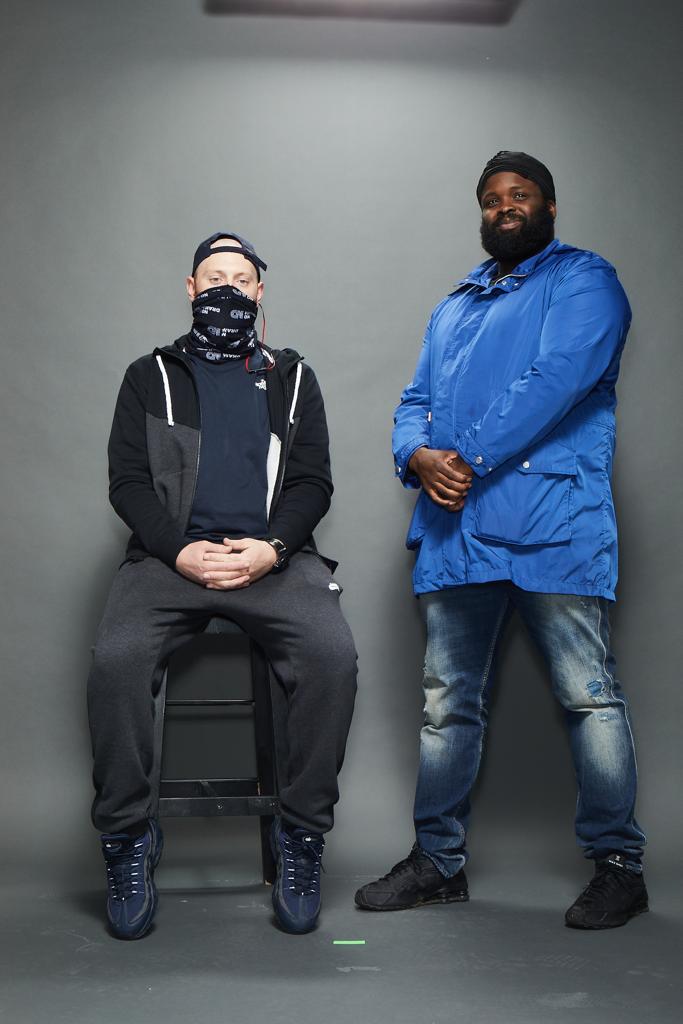 Joe Vickers, the clip’s co-director alongside Rolla, has a slightly different reading. For him the priority was acknowledging myriad problems facing British society, each presented through different characters. “So one of those messages is about giving opportunity and support to kids. Rather than giving them nothing. Which is essentially what austerity has done.

“Then there’s the need for the NHS in society, and the strain it has come across in the pandemic. It’s not acknowledged, you can’t just clap to acknowledge it. Especially when the MPs are getting these huge raises,” he continues, before touching on the rise of webcam work, and specifically repercussions of sexualised content for female protagonists, Britain and America’s withdrawal from Afghanistan, and the juxtaposition of sporting success and shame following a summer of Olympic medals, European Championship finals, and open racism.

It’s a long list to worry about. Ultimately, though, it all comes back to one singular point: talking is our only way out, and now is the time to discuss.