How on Earth did Gnomes ever become something that people enjoy putting in their garden? 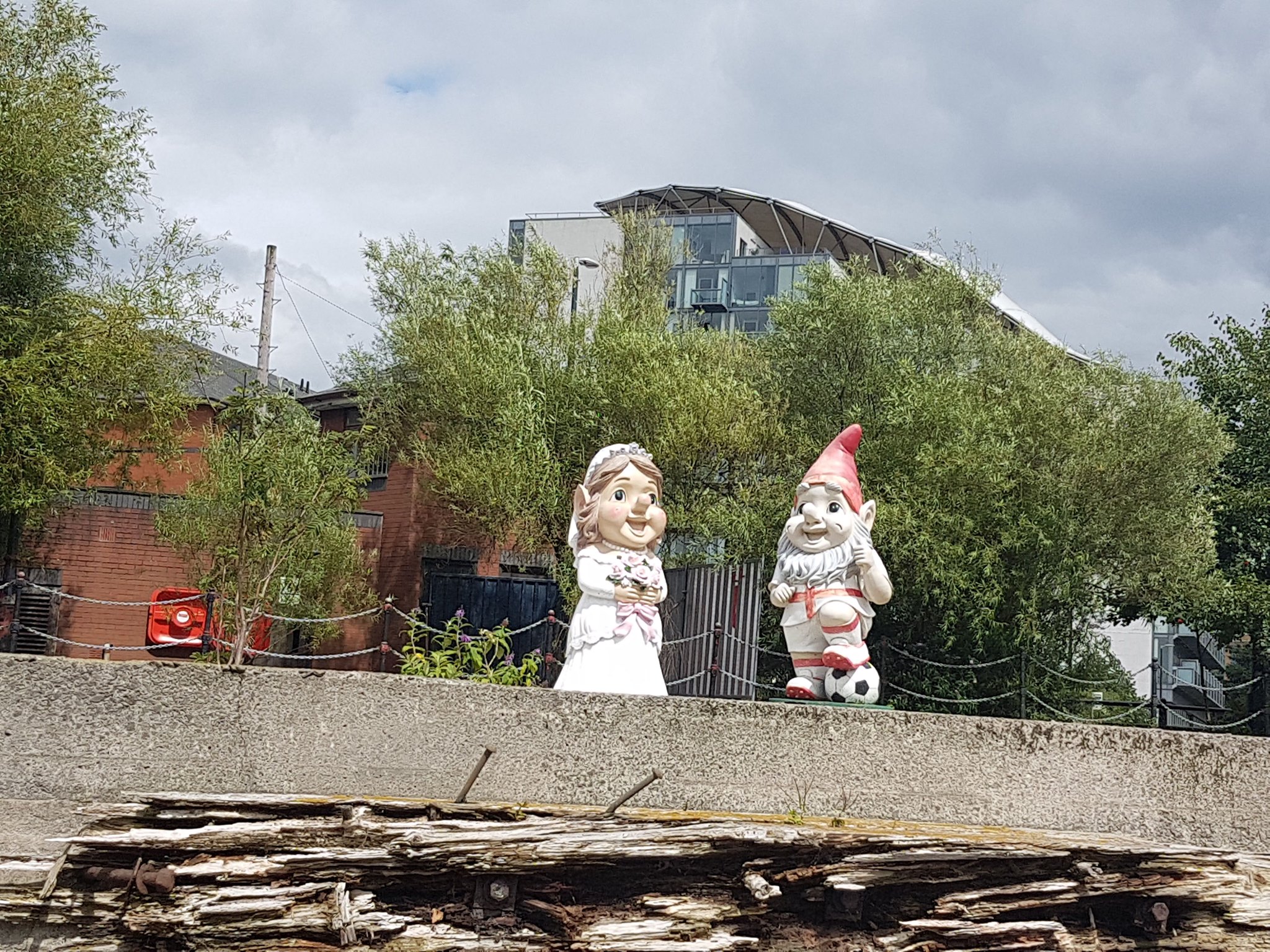 Those little rosy, cubby cheeks. One of ’em might be pushing a wheelbarrow, another fishing in the pond. Or perhaps the little bearded bugger is chilling on a deck chair in the sun, sipping a cocktail. I just don’t get it.

They creep me out if I’m being honest, and this isn’t helped by films like Toy Story and Child’s Play – where all I can think of is them coming alive when none of us are looking, and probably planning something sinister.

Imagine my fear then when walking my dog down Salford Quays this weekend when I spied Gnome Island – which is exactly what you think it is and is wonderfully surreal, but also super creepy. 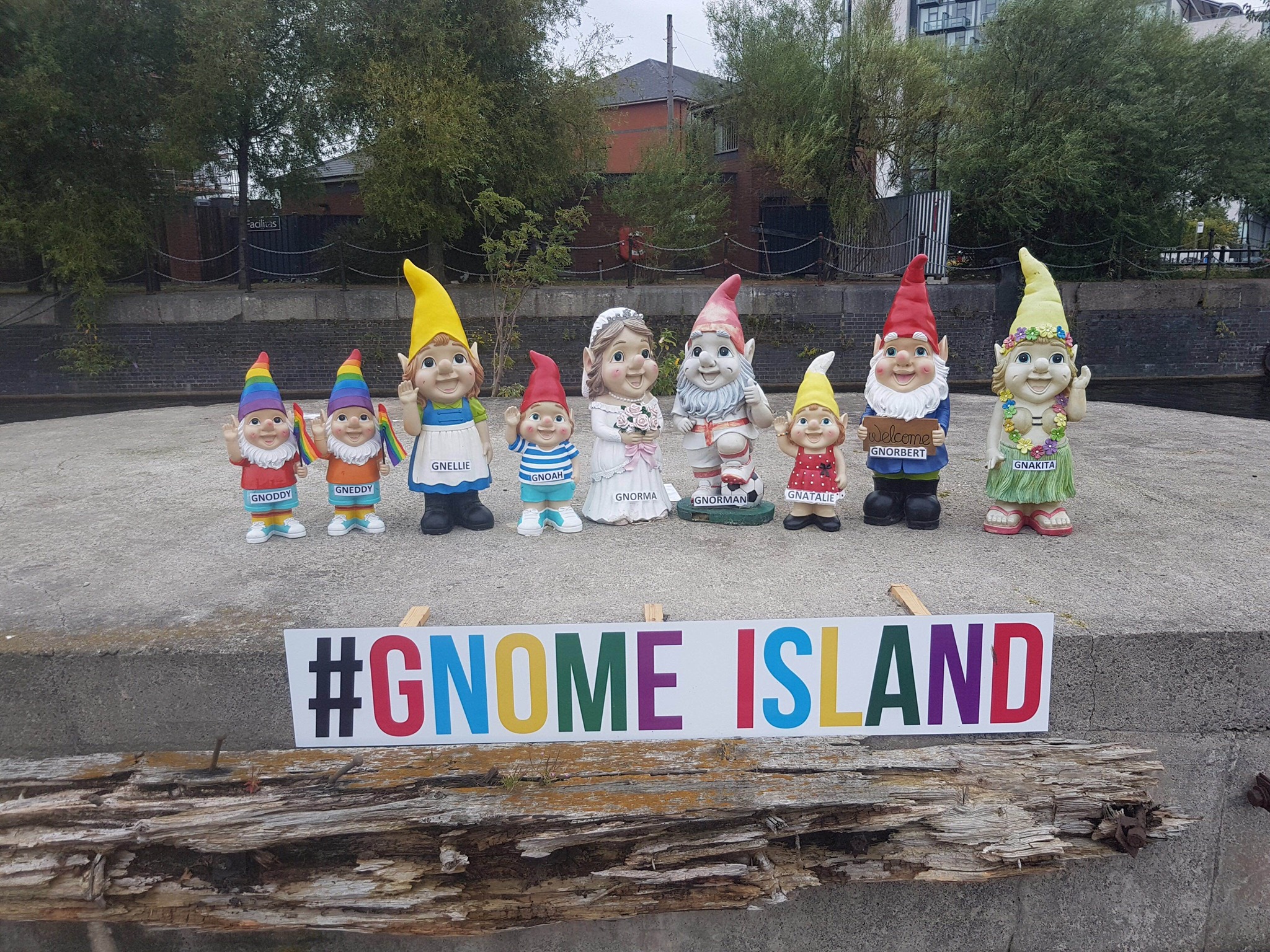 A couple of years back I visited The Island of the Dolls in the channels of Xochimilco just outside Mexico City and I have to say – the Gnome Island at Salford Quays is weirder. At least for me anyway. I know what a doll is, but I don’t have a clue what a gnome even is. Is it an elf? A goblin? A jolly little fat man who enjoys gardening?

So, I’ve just looked deeper into them and I must say – it’s opened my eyes. I was thoroughly ignorant of gnome life before now.

A gnome is a mythological creature, and spirit, that was first introduced in the 16th Century into the world of magic (magick) and alchemy. It’s essentially a small ‘humanoid’ who lives underground. 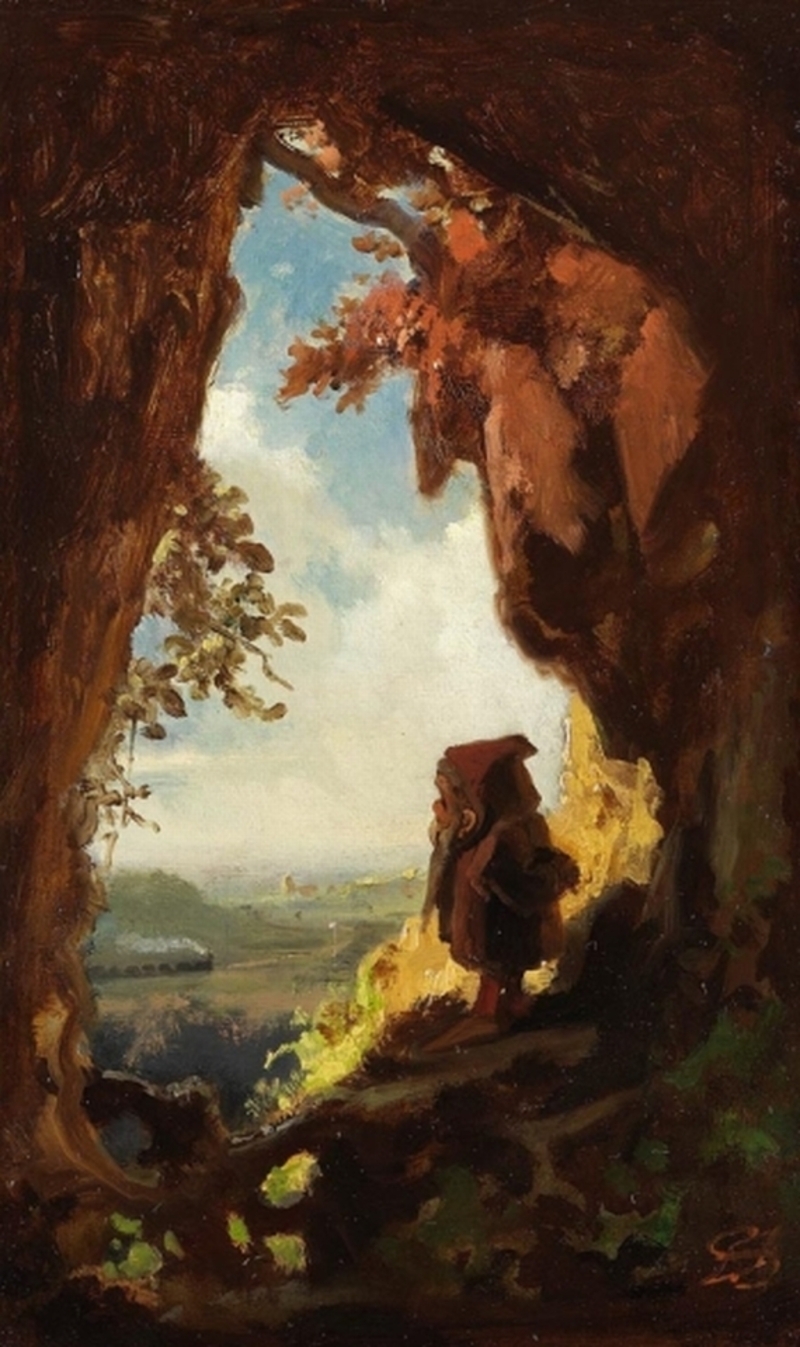 Many cultures see them as Earth-based elementals, who can move through solid earth as easily as humans move through air. They also guard mines and precious underground treasures, and apparently once caused a landslide in Switzerland that destroyed a village after they started to mine some gold nearby.

One of the strangest mentions of gnomes comes from Alexander Pope – who said that they were prudish women in their past lives, and thus now spend all of eternity looking out for prudish women to protect – much like a guardian angel. Yeah whatever mate. 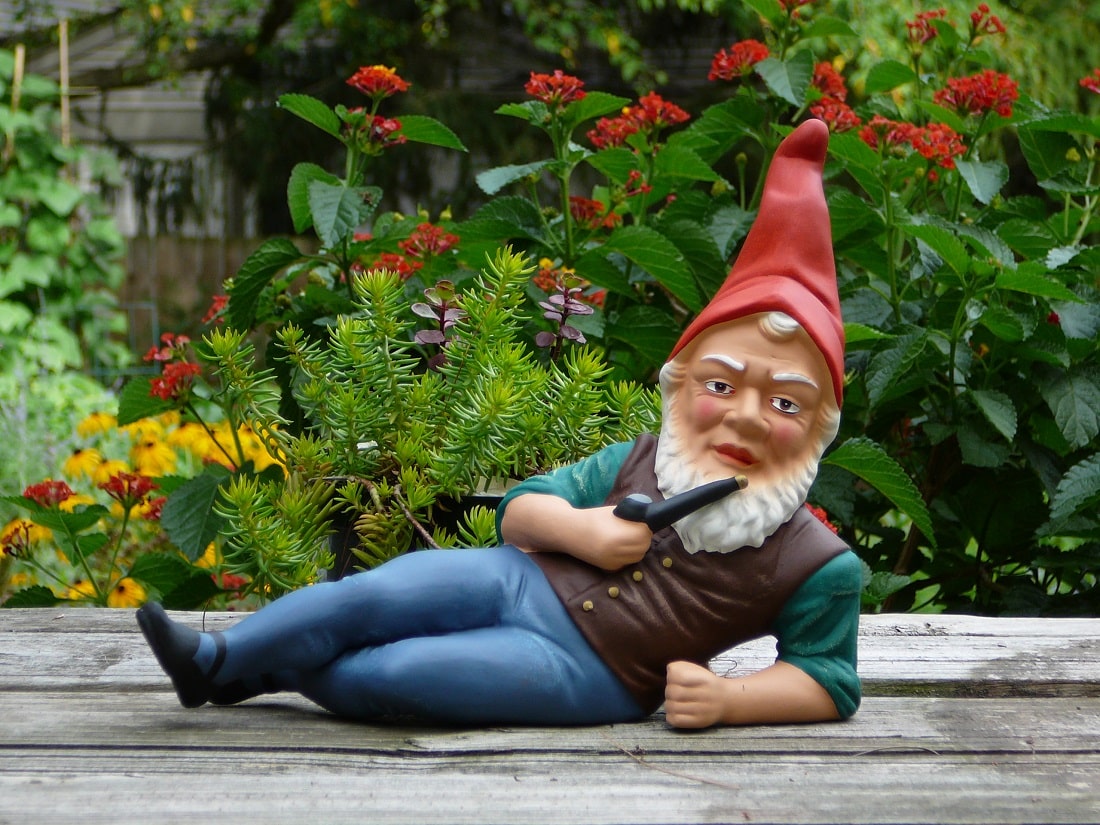 More recently, the term gnome became synonymous as a catch-all term for ‘little people’, such as goblins, leprechauns and pixies. Calling a short bloke down the pub a ‘gnome’ is strictly frowned upon however – and is still likely to result in your getting smacked in the chops, or at the very least – headbutted in the groin.

In the early 20th Century they started turning up as ornaments in people’s gardens, and they were absolutely terrifying! Sort of like Gollum from Lord of the Rings, but after 5 years doing Spice in Piccadilly Gardens. 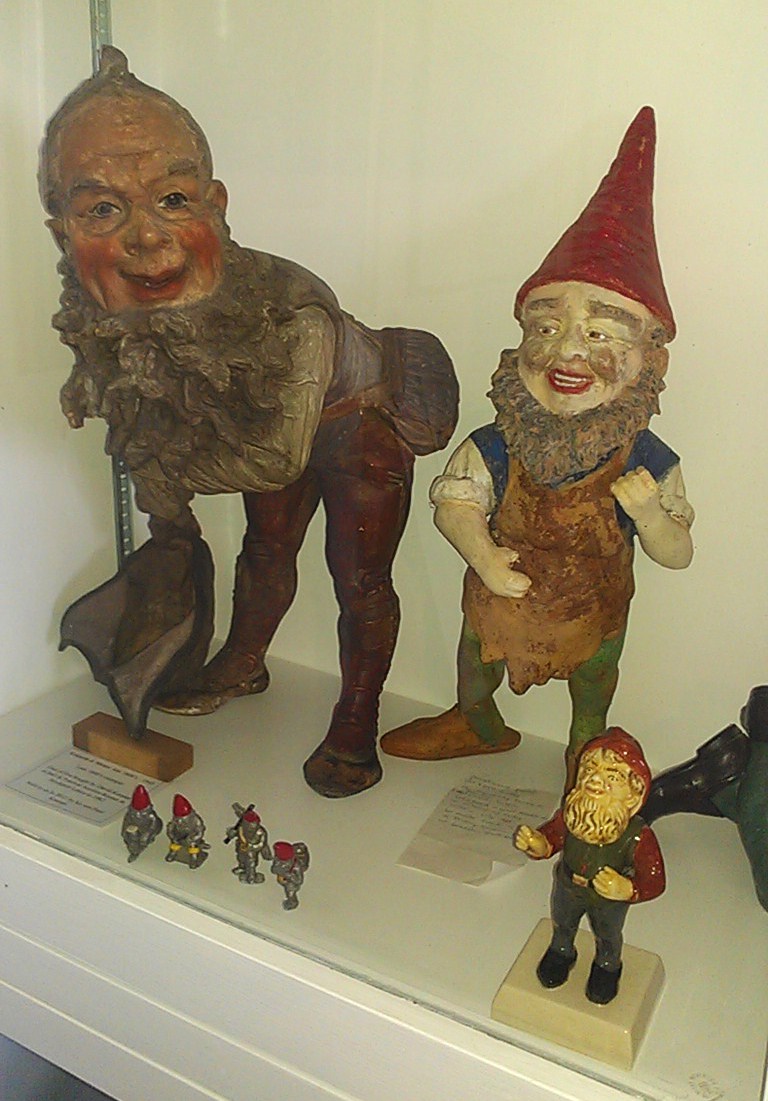 It wasn’t until the release of Snow White in 1939 when the look of gnomes came to resemble what we know and love today. Essentially, some factory owner in Germany saw the film and, sick of his child’s nightmares of what’s in the garden keeping him up at night, decided to copy the look of the dwarves. I’m sure Walt Disney was fuming.

So, what the hell are these things doing on their very own island in the middle of the Manchester Ship Canal?!

I don’t have a clue.

The official story is that a little fella named Gnorman arrived on the abandoned concrete island in 2017 and claimed it as his ‘gnomestead’. 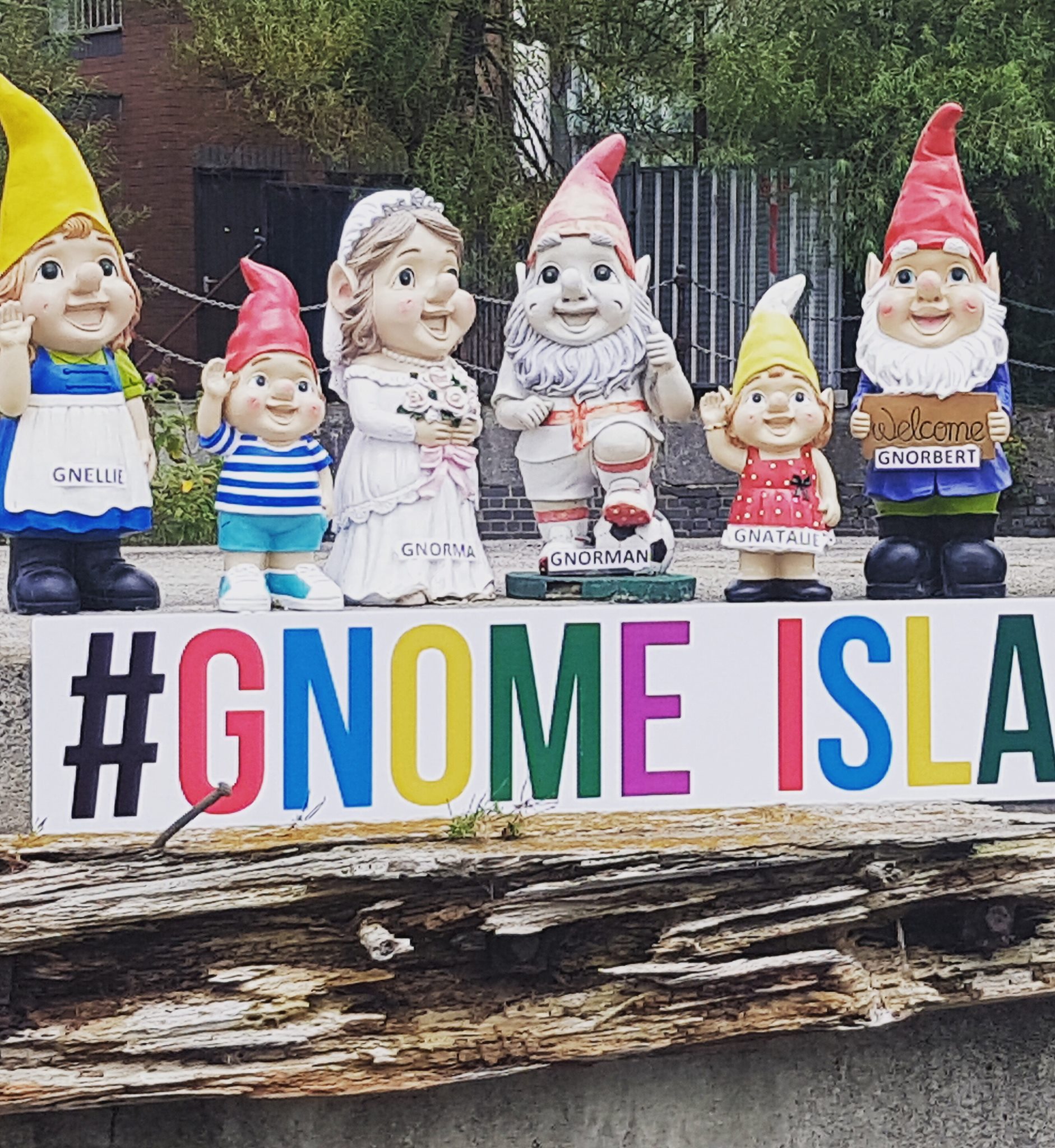 (At this point I should mention – there’s a lot of puns in this. Too many.)

He was quickly joined by his wife Gnorma, “at which point the dwarfish dominion was well and truly established”.

Gnorman is clearly a proper lad because in no time at all, the couple welcomed twins – Gnoah and Gnatalie, and enlisted the much-needed help of grandparents Gnellie and Gnorbert, who still live with the happy family.

Gnoddy and Gneddy, a same-sex gnome couple moved to the island in 2020, although they were heavily damaged during an act of vandalism. The island is even visited by a gnome Santa Claus at Christmas. 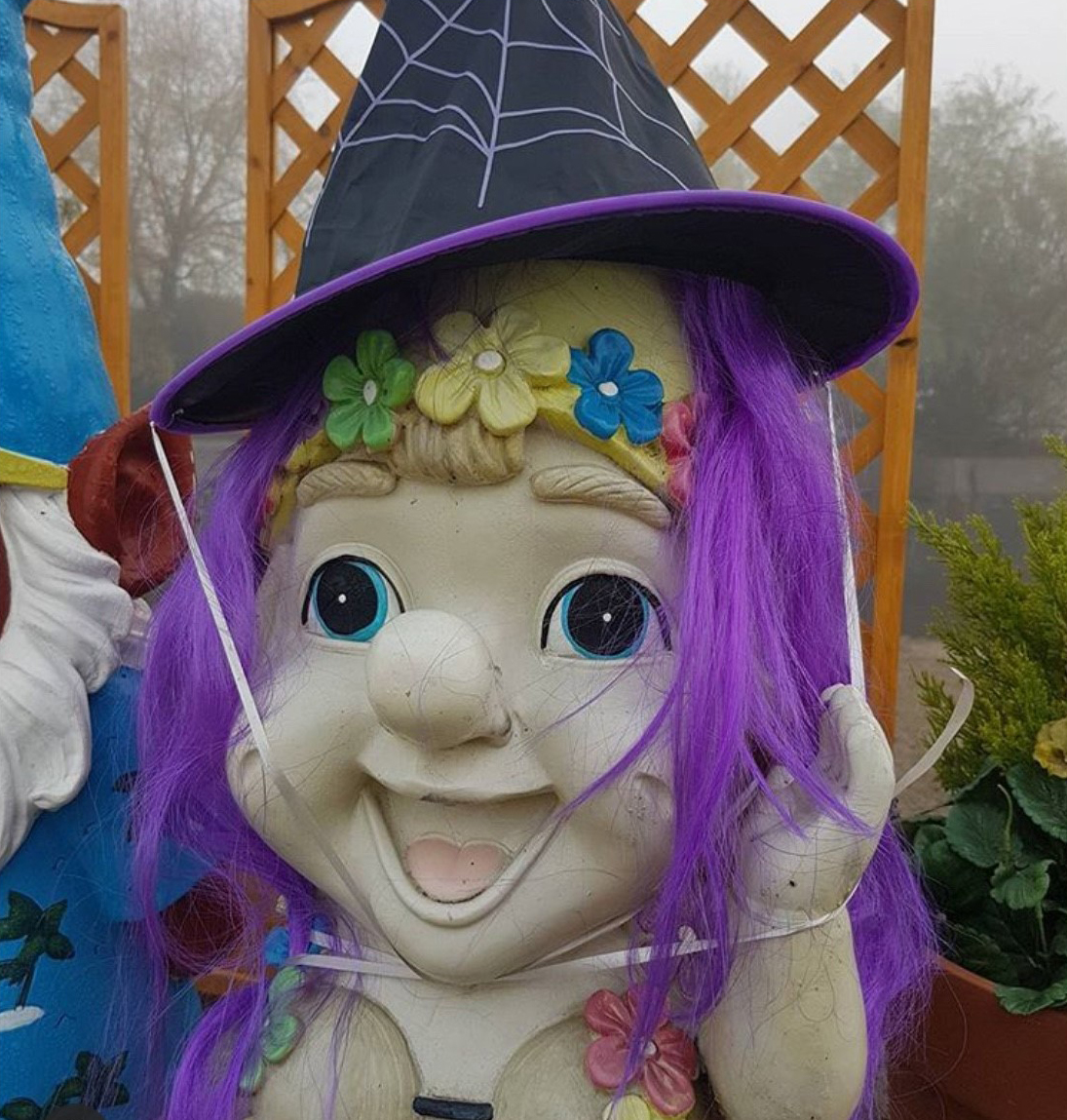 If you want to see Gnome Island yourself, it’s down at Salford Quays, opposite Clippers Quay and right next to the Wharfside tram stop. I’m positive that they don’t come alive at night now too – so don’t be worrying about that.