An Oldham Man Ran 7 Marathons in 7 days and raised £2.3 Million!

What an amazing effort!!! 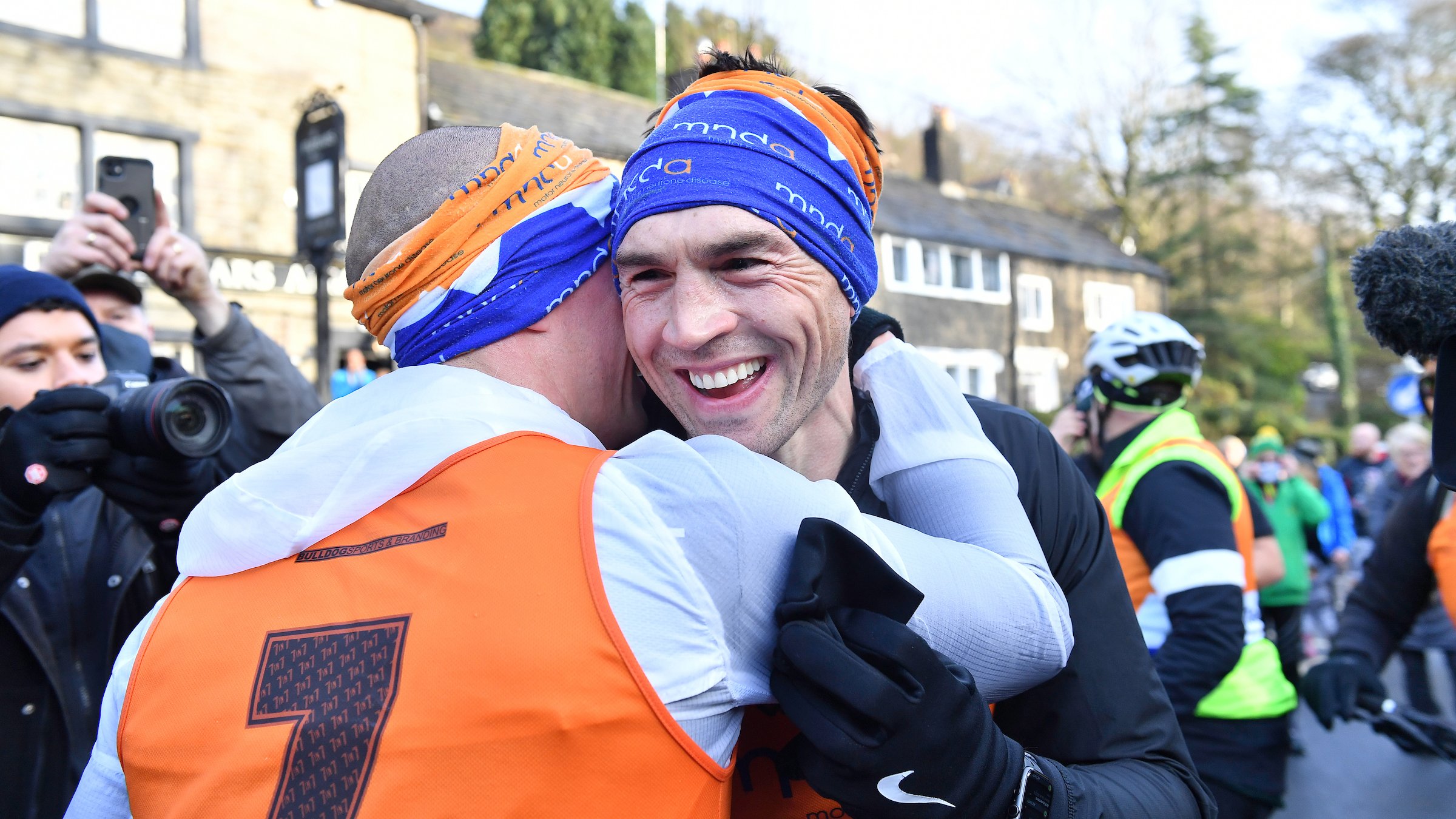 Ex-rugby captain Kevin Sinfield has completed the massive task of running seven whole marathons in just seven days and while doing it has raised £2,343,412 (as of December 8th).

He set out to raise £77,777 based on Burrow’s ‘7’ on his shirt, but he has absolutely smashed his target and then some. 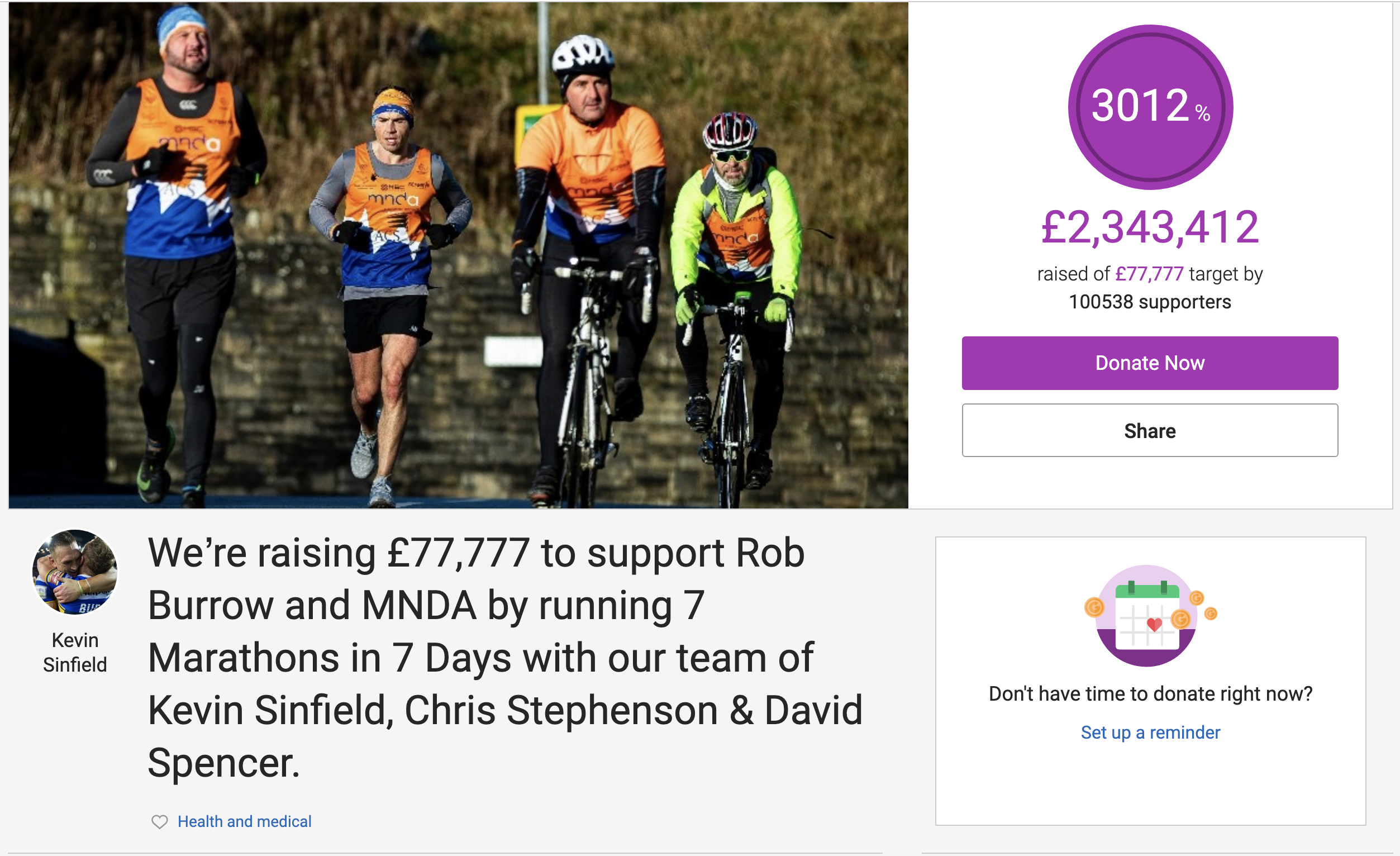 Speaking after he completed the challenge on day seven, Kevin said: “I’m overwhelmed. It’s unbelievable and I’m so happy we got it done. After the first day I did worry we’d bitten off more than we could chew, but the donations and the support just fuelled us.”

He added: “My wife asked me if someone offered to double it would you do it again? And in an instant I said: ‘Yeah, absolutely,’

“I’m busted and broken now, but it’s what mates do: they look after each other.

“The group, our team, have been such a special group. We are just six mates trying to make money for Rob and, without being able to go away because of COVID, this has been our holiday. The camaraderie has been unreal. We’ll miss waking up tomorrow to get ready to go again, and in a couple of years we’ll look back with a great deal of pride.”

Since his absolute solid effort, Kevin has appeared on BBC Breakfast and made BBC News.

Speaking of running into Headingley Stadium on Saturday after completing his fifth marathon, he was met by his pal Rob Burrow, he said at the time ‘he would have been a mess’ if he stopped straight away. Explaining that he had to ‘gather’ himself for a minute.

Ahead of his final marathon, Burrow said: “You continue to inspire me and make me never want to give in. Like you I will take one step at a time, and maybe there isn’t a finish line for me but I will keep on going.

“One more mate, I know you will do it. Good luck friend, I’m with you every step.

What a mint story!! We’ll be bringing you loads more cheerful stories as we bring back our ‘Positive News’ next week (which will now be monthly) from Feel Good Club. Follow us on socials and look out for it!