One of the finest works of art of the 21st Century...

I bloody love this photo. It’s the gift that keeps on giving, providing you with a new tidbit of carnage with every viewing – all watched over by that old fella sprawled out on the deck.

The photographer responsible, Joel Goodman, struck gold with this shot – one which certainly couldn’t have been easy to capture with so much madness going on all around him. One man is getting arrested, women are screaming, people are tucking into cheesy chips, and no doubt there were countless other pissed up dick heads throughout the night trying to get in front of the lens for a brief snatch of fame.

It must be said, that end of town on a Friday or Saturday night, with so many pissed up people pouring out of the Printworks – well, Joel’s no idiot – there’s no better place to capture the madness and carnage of a proper British New Year’s Eve.

Goodman had faced criticism for his work for years before this iconic capture, his images of night-time revellers often receive backlash for being “cheap”, “titillating” and in some cases exploitive. But Goodman has never solely been a night-time booze hound photographer, and has enjoyed a varied career journaling everything from huge city events to hard-hitting social and political incidents.

He told the MEN a few days after the photo went viral; “A newspaper should cover its region with a critical eye, as much as with love. The ‘night-time economy’ is an ongoing story of human interest, economics, society and politics and to illustrate that story’s many faces is to do it justice.”

“There are plenty of photographs published that show people having a great time. It’s much safer and easier photographing happy, willing people posing than photographing angry, drunk people candid.”

And indeed, this photograph does include a couple of angry, drunk Mancunians, most obviously the fella on the floor surrounded by a load of coppers getting arrested. What’s the story there?

Well, someone actually managed to track down the lady in the red dress – Hannah Kirby – who set the record straight with what was actually going on in the photo. Apparently, according to Hannah, the lad on the floor wasn’t actually being arrested, just restrained by the police and “he was fine in the end”.

What about the bloke on the floor then? The one lying down outstretched towards a bottle of lager? The one who captivated the whole world?

Well, this fella is Mike Deveney, who didn’t even realise he was a worldwide celebrity until about a week later – probably due to the raging hangover he was suffering from. 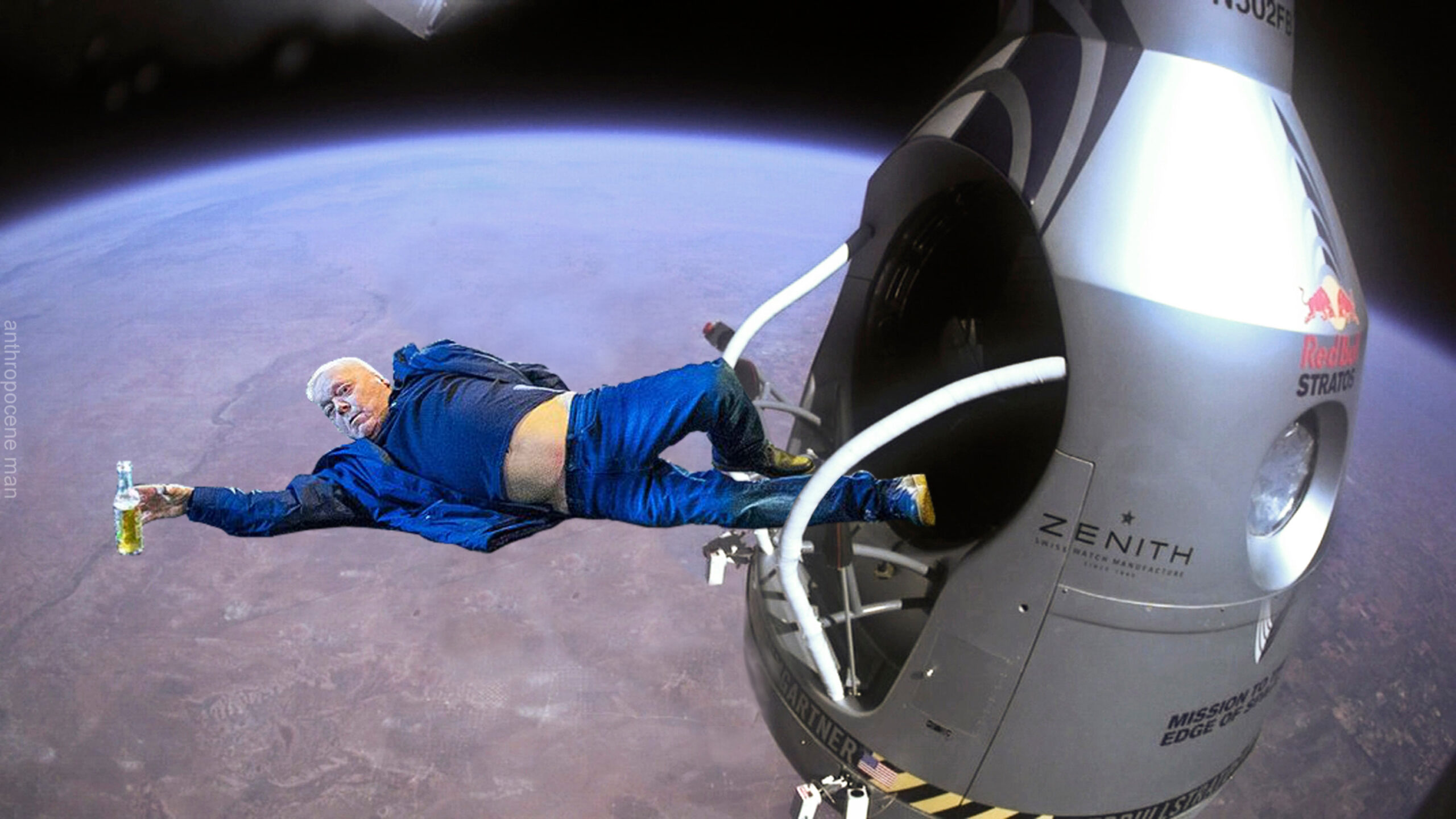 This true Mancunian legend hails from Newton Heath and had been out for the night in Mambo’s cocktail bar, which I never knew existed until about 10 minutes ago, and I think it’s safe to say that he got pretty hammered – it was New Year’s Eve after all.

Coming out of Mambo’s – with a bottle of lager in his hand (my hero) – he was milling around when a random bloke started getting shirty and subsequently was accosted by the bizzies. In the scuffle Mike was knocked over and the exact second he hit the ground Joel Goodman managed to take the bloody picture – cementing everyone involved into the world history books.

As soon as the MEN plonked the image out on their site it was an instant hit – with thousands of memes and Photoshopped works of art being created. For one week back in January 2016, everyone on the Internet across the world was talking about the image, and about Mike and about Joel – it must have been an absolute rollercoaster.

The photo still lives on in all our memories, and hopefully will never fail. Joel actually re-created the image on New Year’s Eve 2020, highlighting the desolation and devastating impact of the COVID-19 lockdown on the city and it’s night time industries. An empty street corner, with one lonely car and that’s it. Nothing else. 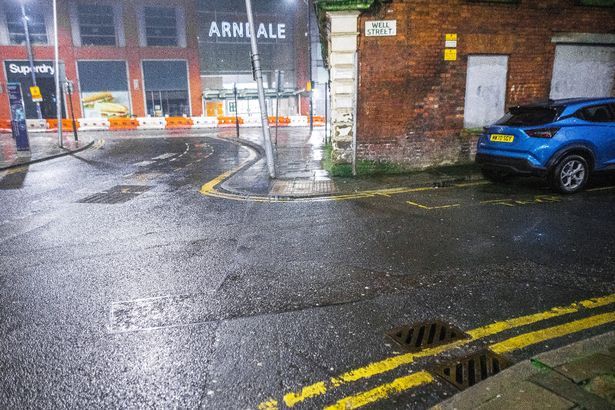 Hopefully Joel can head down to the back of Printworks this year and he’ll get a picture with people in it. Fingers crossed anyway.