This is truly frightening indeed... 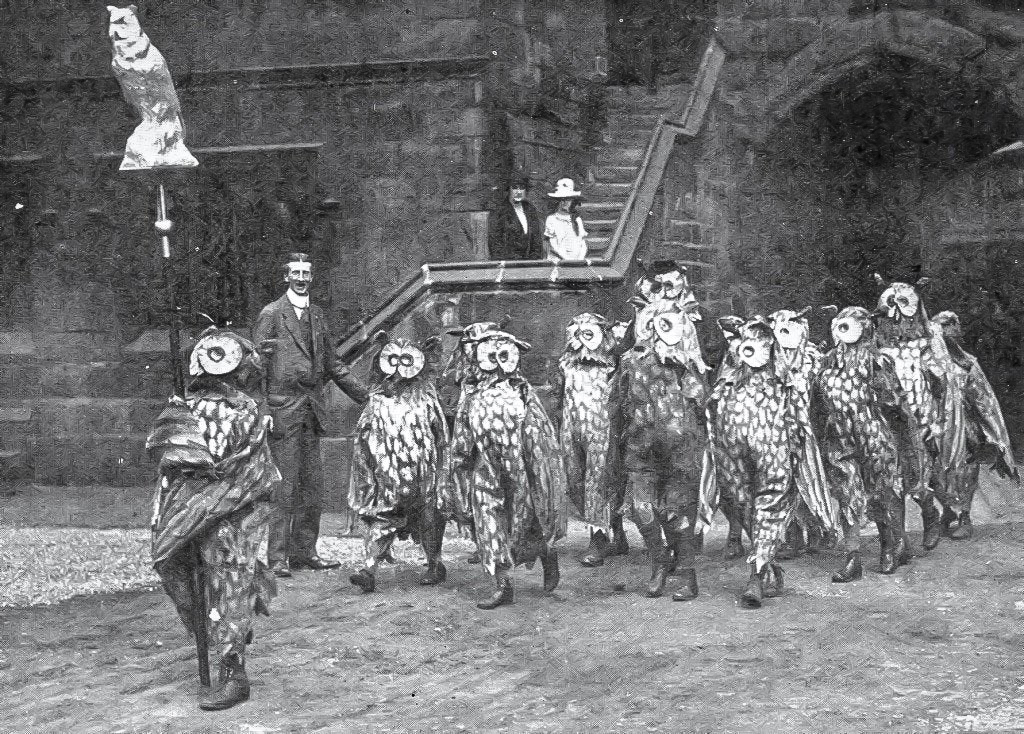 The old saying goes that a picture paints a thousand words, and I can only assume that a vast proportion of those words painted by this particular photo are in fact swear words. Mostly the ‘f’ word.

I mean, look at how creepy and horrible it is. It’s the thing of actual nightmares. It actually reminds me of a ghost story a mate of mine once told me, which may or may not have been a Night Terror and involved a crazed owl trying to get into his room and claw his sodding eyes out.

You see, owls were pretty big where I grew up. No, not some manky barn in an old Sunday School story – Oldham. The town’s coat of arms features one of them, and as a result, you’ll see owls EVERYWHERE in the town. 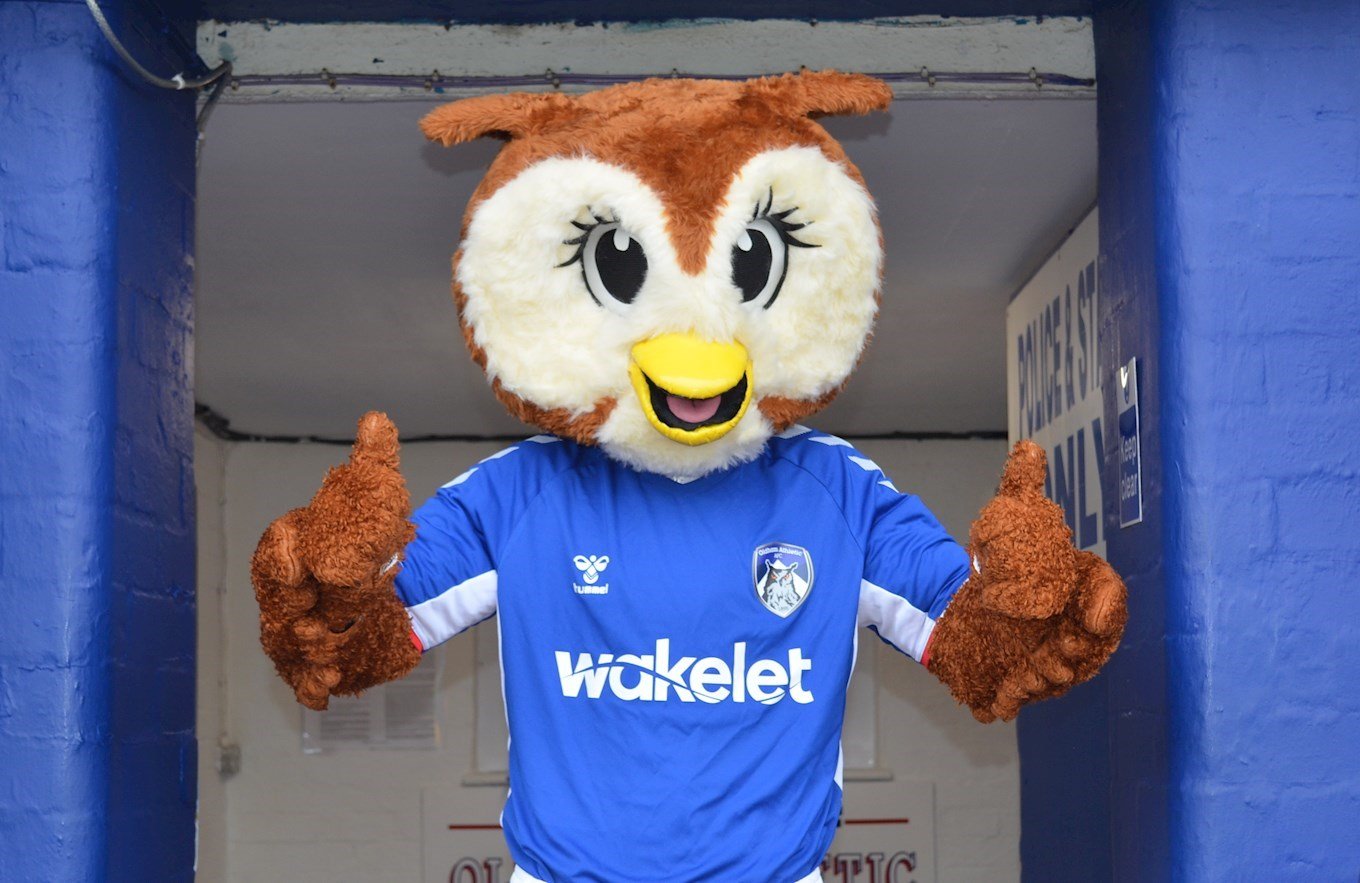 Our football team, Oldham Athletic even have a mascot that’s an owl – Chaddy – who actually won the Mascot Grand National a couple of times back in the noughties, and was once involved in a surreal fight with the swan from Swansea City.

To be fair to Chaddy though, Cyril the Swan was very much like his animal kingdom contemporary – viscous as fuck.

Right, back to the horribly creepy picture. This was taken back sometime in the 1920s outside Manchester Grammar School, which at the time stood in a space between Manchester Cathedral and Chetham’s School of Music.

The school itself was founded all the way back in 1515 as a free grammar school and it continued in this vein until 1931 when it was moved to its present site on Old Hall Lane in Fallowfield. 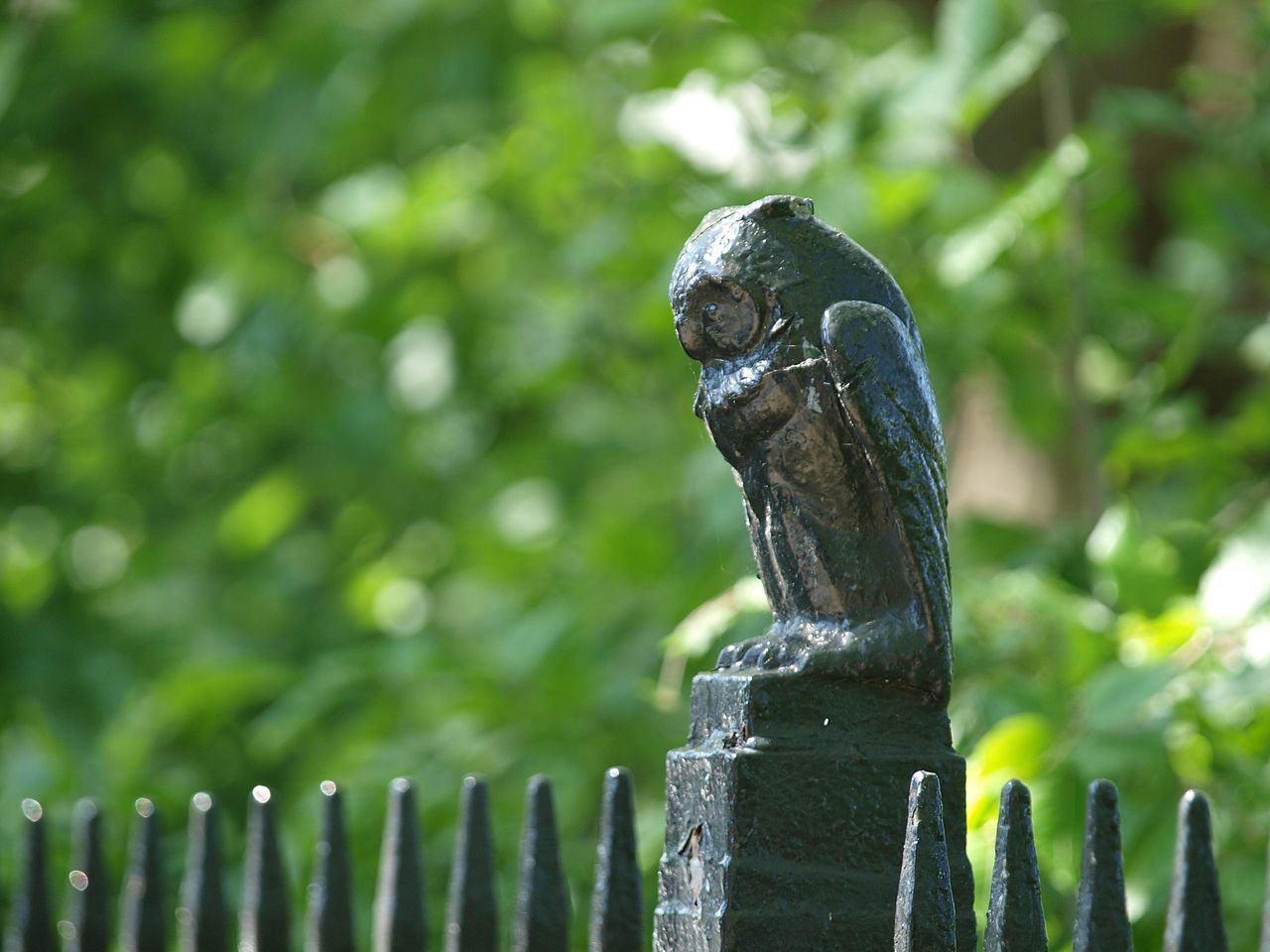 Why are they dressing all the kids in the most horrifying owl costumes ever though? Well, it’s all seemingly down to one man – a fella named Hugh Oldham – the man who actually founded the school all those years ago.

So you’re already seeing a link here. He’s called Oldham, the town is called Oldham and they both are seemingly obsessed with those big-eyed, feathery mugs that enjoy scoffing mice at midnight.

Hugh was born in Manchester and later attended both Oxford and Cambridge universities after being tutored in the house of Thomas Stanley, 1st Earl of Derby and stepfather of King Henry VII. He was appointed Bishop of Exeter in 1505 and then earned some serious dosh from his water-powered corn mills on the River Irk, which he used to fund the foundation of the school. 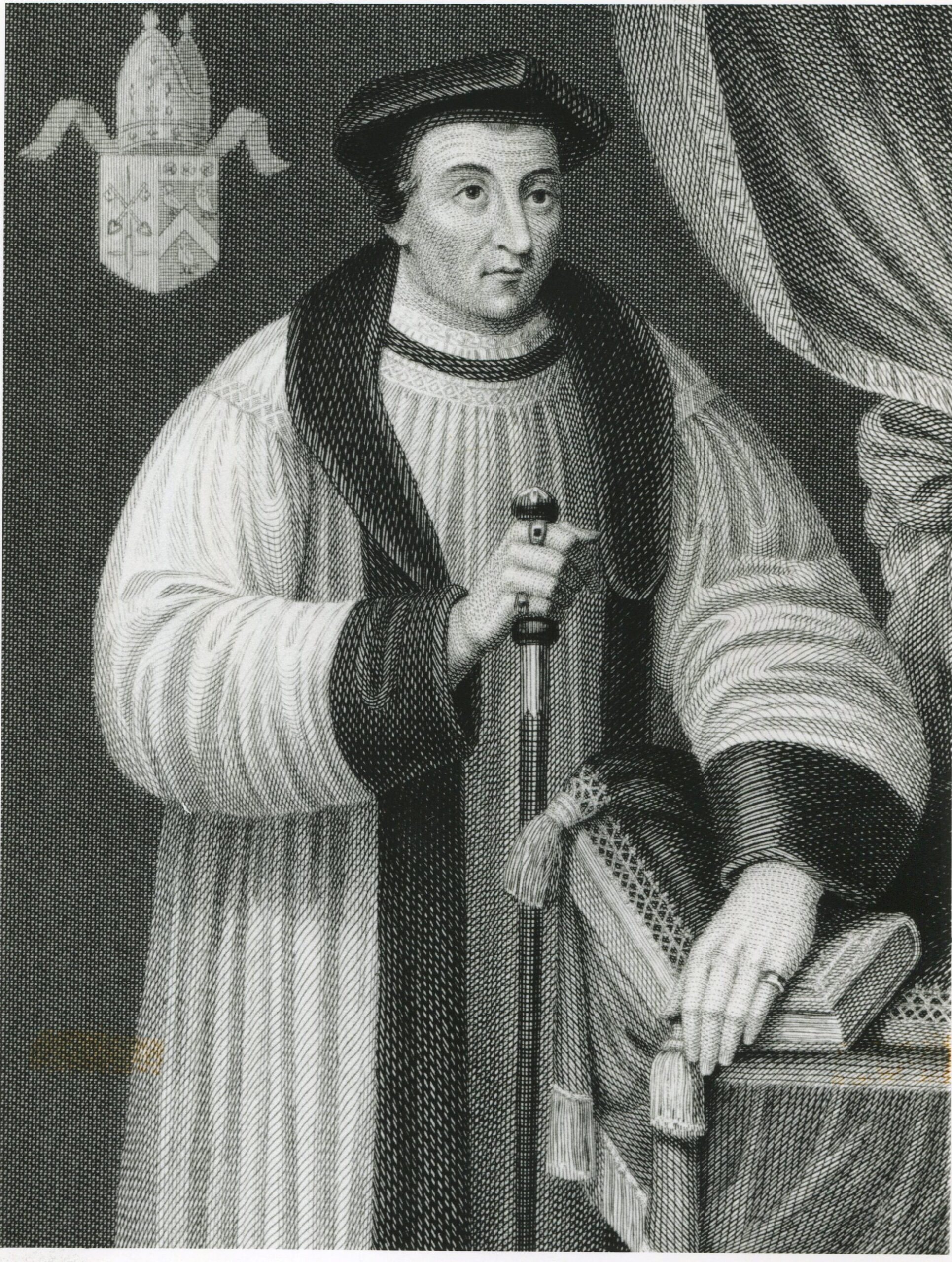 Thus Manchester Grammar was born and the original deed promoted “Godliness and good learning“. The school’s coat of arms featured the motto Sapere Aude (“Dare to be Wise”), and the owl – which was then adopted by the town of Oldham back in 1894 – which is where things get a little bit confusing.

On the school badge, the owl is seen carrying a banner with the latin word “dom” on it – so when you look at it it’s basically saying “Owl-dom” – a clear reference to Hugh Oldham. Similarly, the town of Oldham adopted this visual “heraldic canting” when they chose their coat of arms, reflecting the pronunciation of Oldham with the local accent as “Owldem”. 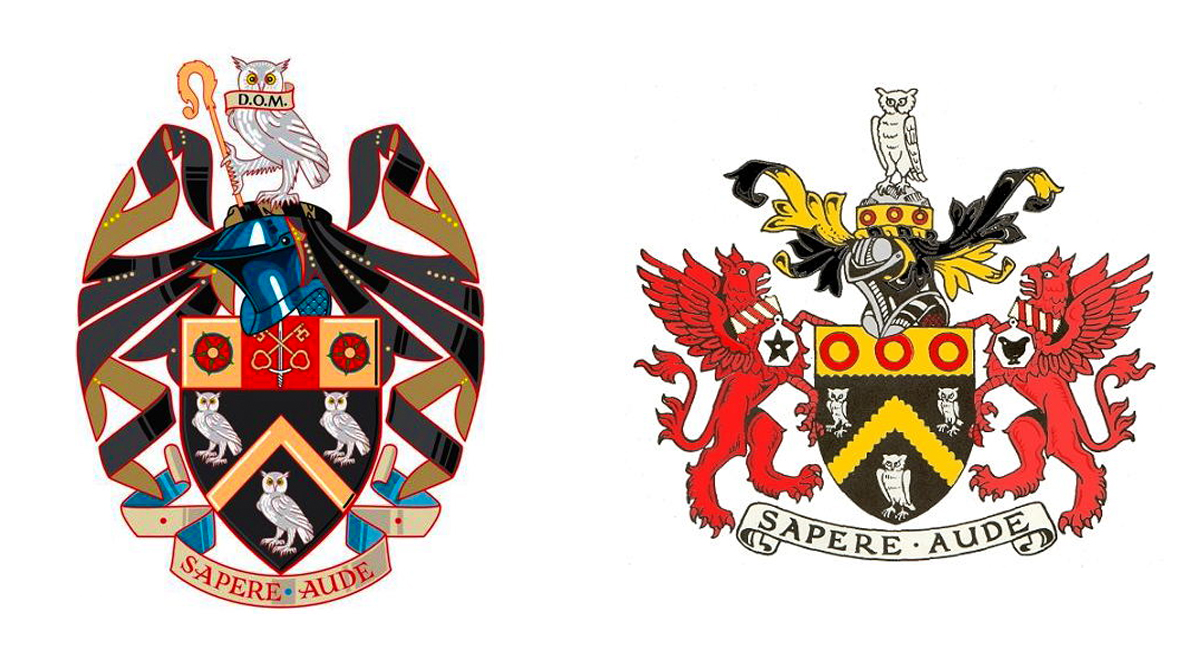 Essentially, upon its formation as a borough, Oldham stole the coat of arms of the Oldham family, a fact was then followed up with legal documents from Queen Victoria on behalf of the family. Much like any logo dispute today, the town of Oldham was able to wrangle out of any wrong doing by arguing that the new coat of arms was just “based” on the family’s, but with vital symbolic differences.

This seemed to be enough and the owl was adopted by the people of Oldham as their mascot, as well as at Manchester Grammar School. 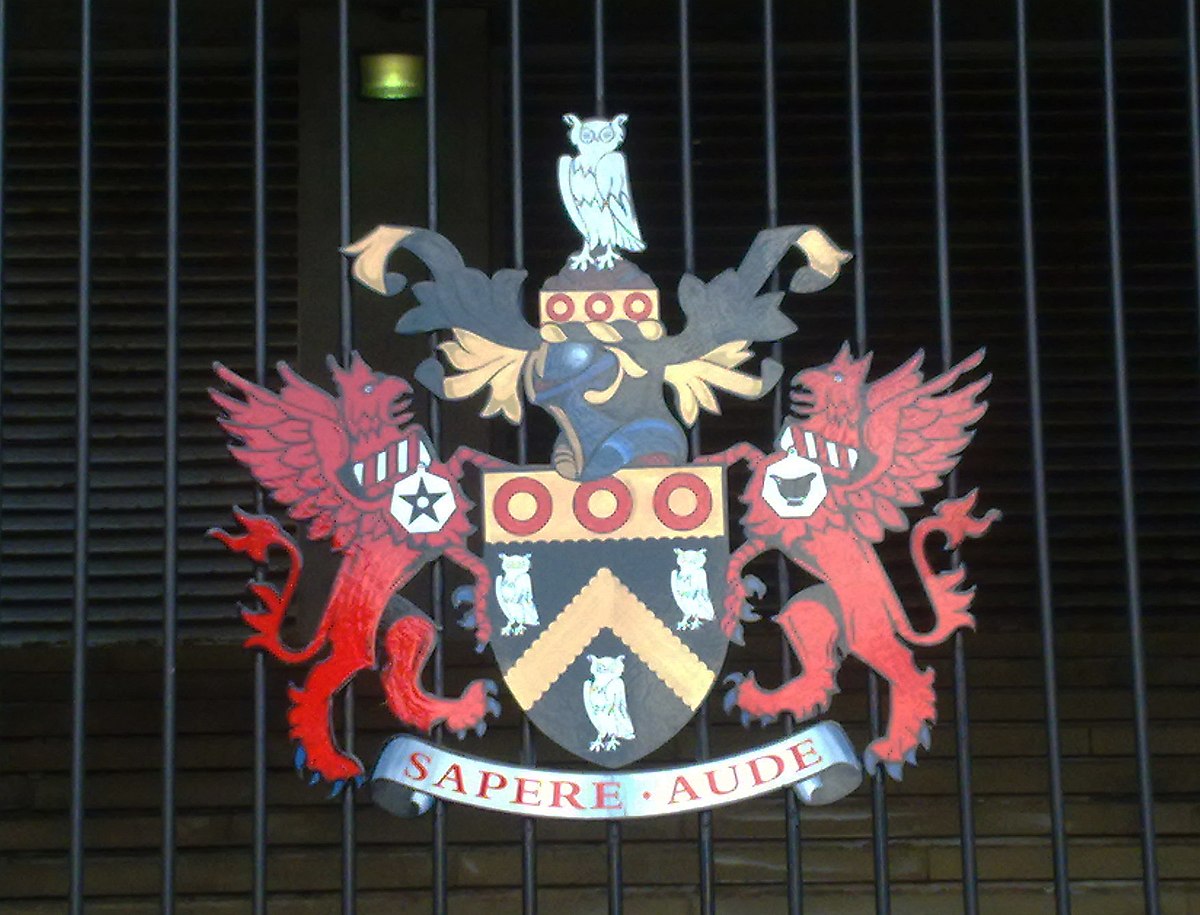 So, even though the true specific details of this photograph have been lost to time, I’m going to hazard a guess that it shows the beginning of some yearly procession that the school undertook to commemorate Hugh Oldham and the founding of the school. Perfectly innocent and certainly nor some form of owl cult.

It’s still really very creepy though, so I’m going to stop looking at it now.

From Manchester to: A Booze & Bees Day Out in Lancashire