Including Jägermeister Coffee, Octopus pasta and a Mince Pie Pizza!

Confit Squash with Curds
Erst
Curds are new to me. I’ll be honest, I had no idea they were a real thing. But I have to tell you I’m dead happy I found them. Paired perfectly with tender squash pieces off-setting the sweetness and an added crunch from pumpkin seeds. It’s a delicious taste of wintery flavours and is a posh nosh twist on comfort food. – Alex Watson

Octopus & Nduja Pasta
Salvi’s NQ
A delicious pasta dish made with smoked spicy sausage that renders down to become melted and slightly spreadable. Paired with fresh octopus and al dente pasta tubes soaking all the sauce up to create a delectable dish with just a hint of spice. – Lee Isherwood

Pigs in Blankets
Cane & Grain
They’re back baby! Cane & Grain’s MASSIVE pigs in blankets have been released again and they’re well worth the wait. They get their huge St. Louis Ribs, wrap ’em in bacon and then drizzle them in a maple glaze. Simple but bloody lovely. – Ben Brown

Jägermeister Coffee
Harvey Nichols
I’ll be honest here, I’ve not drank Jäger since I was about 15 and I didn’t know what it was. The memories of that gave me a shiver when I thought about drinking this. However, it’s actually delicious. The Jägermeister gives the coffee a chocolatey hint and it was actually super easy to drink. I’d recommend giving a try just to bring back memories of your youth. – Ciara Martin

Cauliflower Soup
The Lowry Hotel
If I told you this was the best soup I’ve ever eaten, would you believe me? It has honestly topped the list. Personally, I rank cauliflower in the lowest possible tier of vegetables but this soup transformed it like a Stars in the Eyes performance into a beautiful, more talented, more flavourful version of itself. You should go to Lowry Hotel just to eat this soup. Trust me. Oh, and you get bread and butter on the side – and you know how we feel about that. – Alex Watson 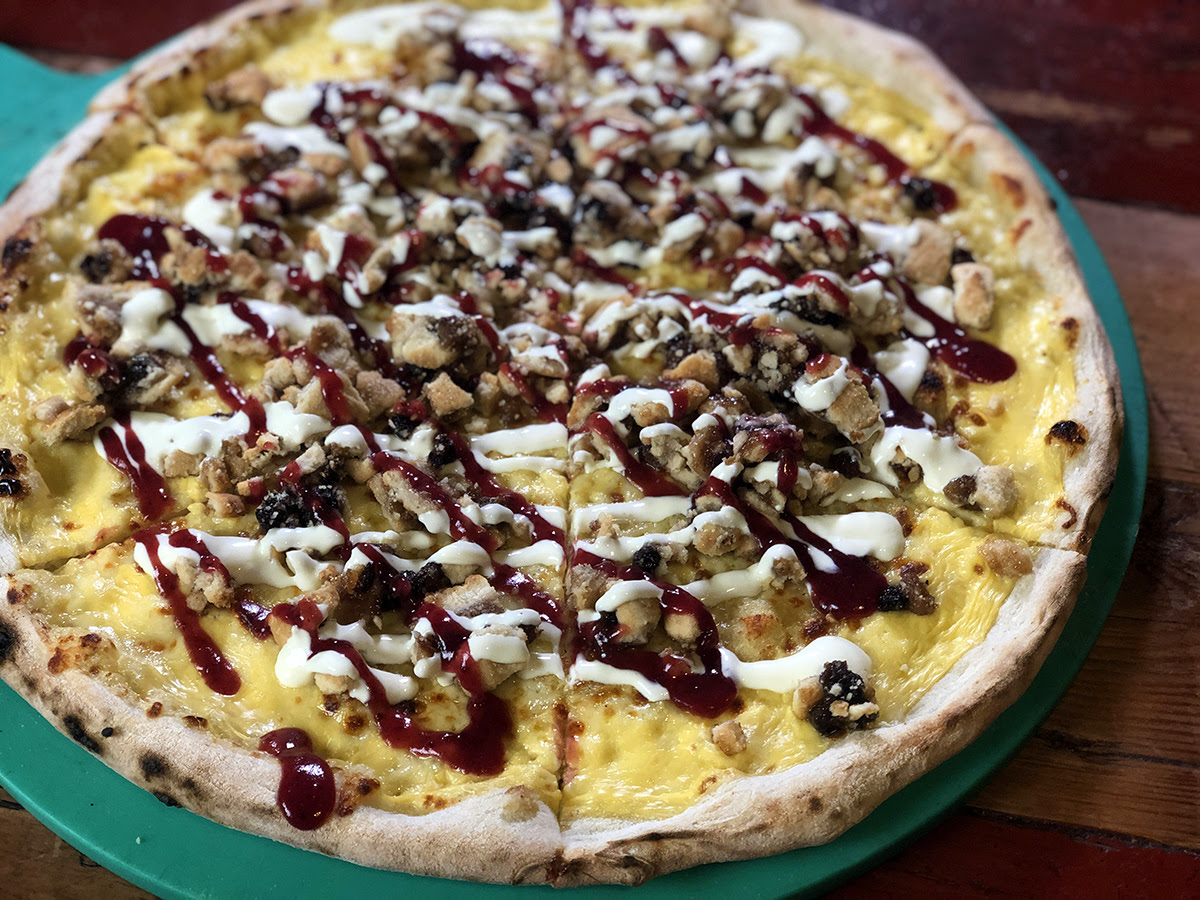 The Christmas Special – Pie Hard
Crazy Pedro’s
Once again, we were down at Pedro’s filming some footage of their new special pizza. This one is certainly ‘special’ because it’s their Christmas one which can only mean one thing – turkey!!! Wait. It’s not turkey at all. It is in fact a MINCE PIE pizza, complete with pies, custard and a whiskey sauce. It’s an acquired taste but it’s VERY Christmassy and actually quite nice once you start tucking in. – Jale Hardy

Pistachio Baklava
KAI
Easily one of the best and most underrated desserts that’s available, probably globally. It’s creamy, thick, crunchy and sweet all at the same time. The only way to eat it, I was advised by the managers of Kai, is as an ice cream sandwich pushing the ice cream into a layer and stuffing it in your face. I did not want this to end. – Ellie Edginton