Once an ugly blight on any cityscape - what it is with Manchester's new car parks? 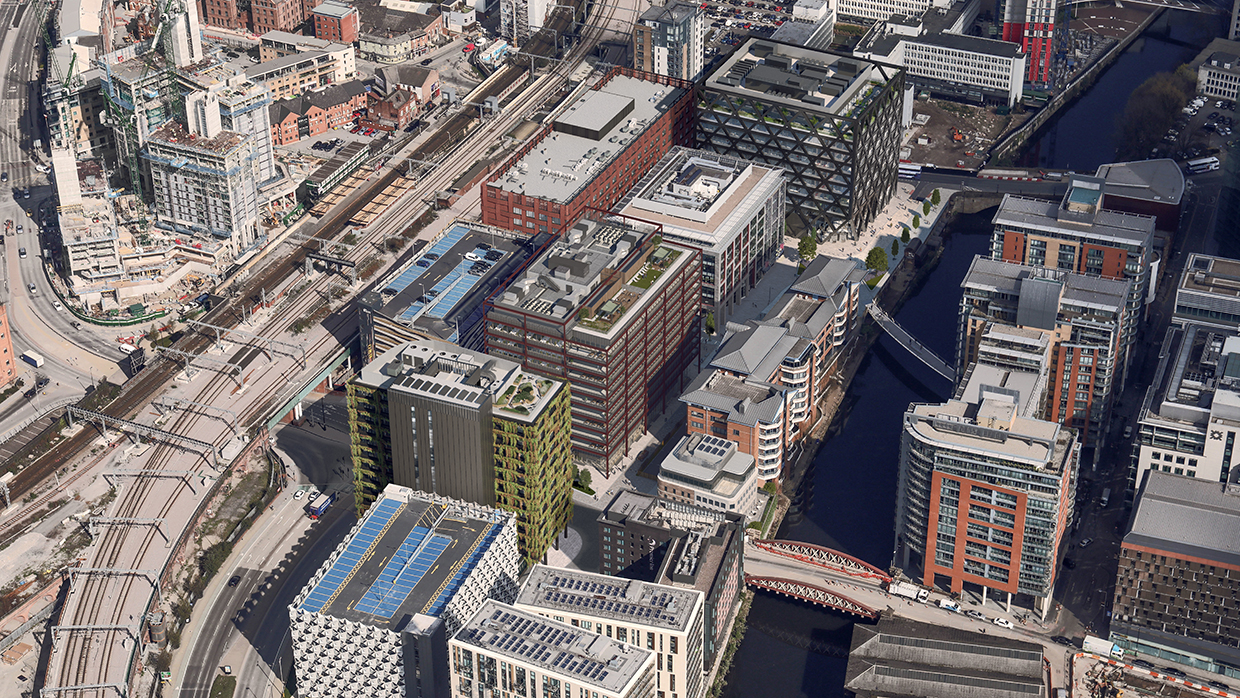 It might seem a little odd to say, but just after Christmas and before New Year, I was on a train approaching Victoria and I had NO IDEA that I was in Manchester.

The areas around Salford Central, New Bailey, Spinningfields. Middlewood Locks and the Old Granada Studios have seen an abundance of high-rise towers and office blocks shoot up over the past 12 months, so much so in fact that it’s almost unrecognisable. Even to an old git like me.

One of the buildings that instantly caught my eye though wasn’t an office, or apartments, no – it was a car park. A bloody car park. It stood out like a sore thumb, although not because it looked like a car park – but because it DIDN’T. 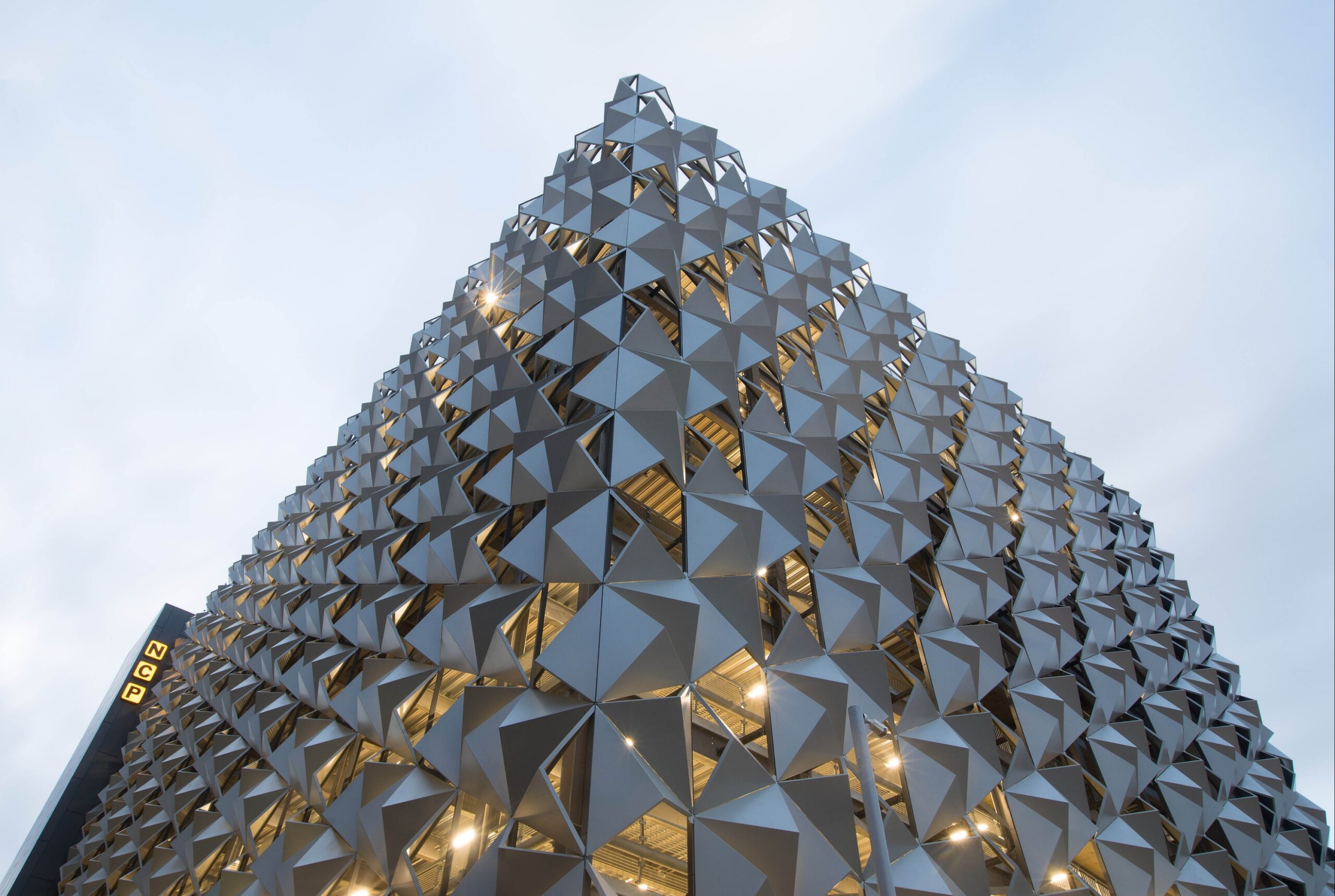 The car park I’m referring to is on Stanley Street, an NCP which was designed by AHR Architects as part of the English Cities Fund, a joint venture between Muse Developments, Legal & General, and Homes England.

As you can see – it’s not at all what you’d expect a car park to look like. It’s been designed to be economical, minimise light pollution to nearby residential buildings, and considering the fact that it’s highly visible – slap bang on a major gateway into the city centre – it’s design aims to be “a visually interesting, distinctive and sculptural façade that makes a positive and memorable architectural statement.” 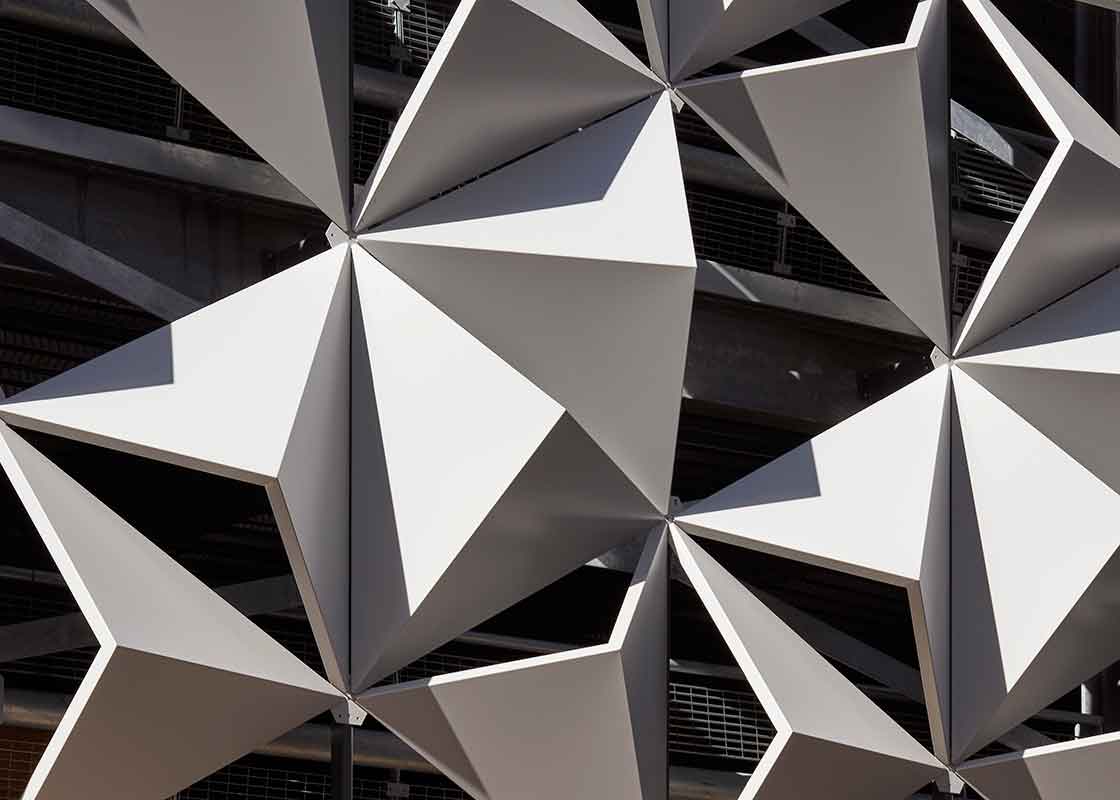 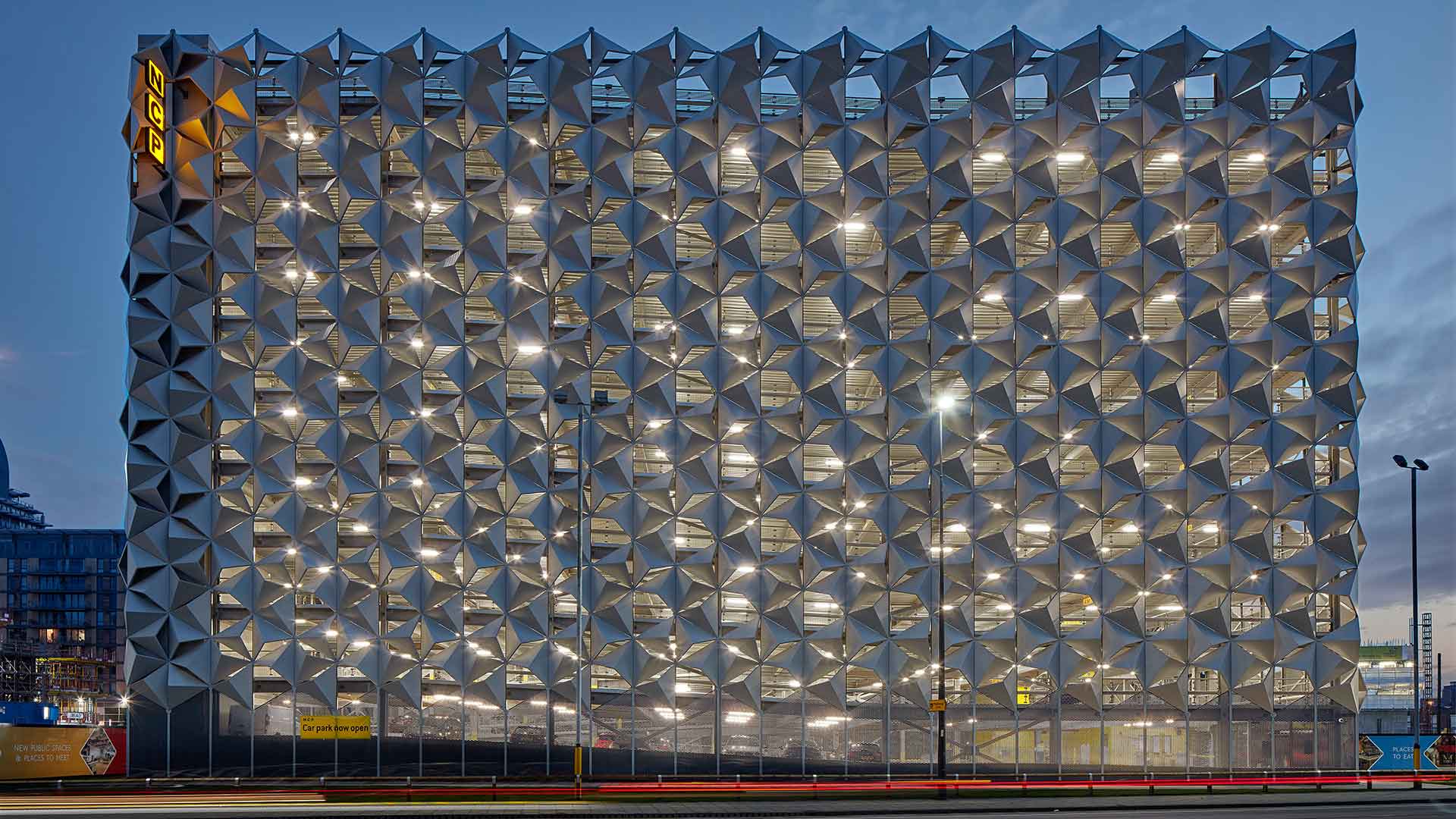 Just around the corner is another looker – this one at the New Bailey development and designed by Aedas RHWL Architects.

Although not as visually striking as the other one, this is still a massive departure from what we’ve come to expect from a city car park, and has even been included in various awards shortlists including Best New Car Park at the 2016 British Parking Awards. 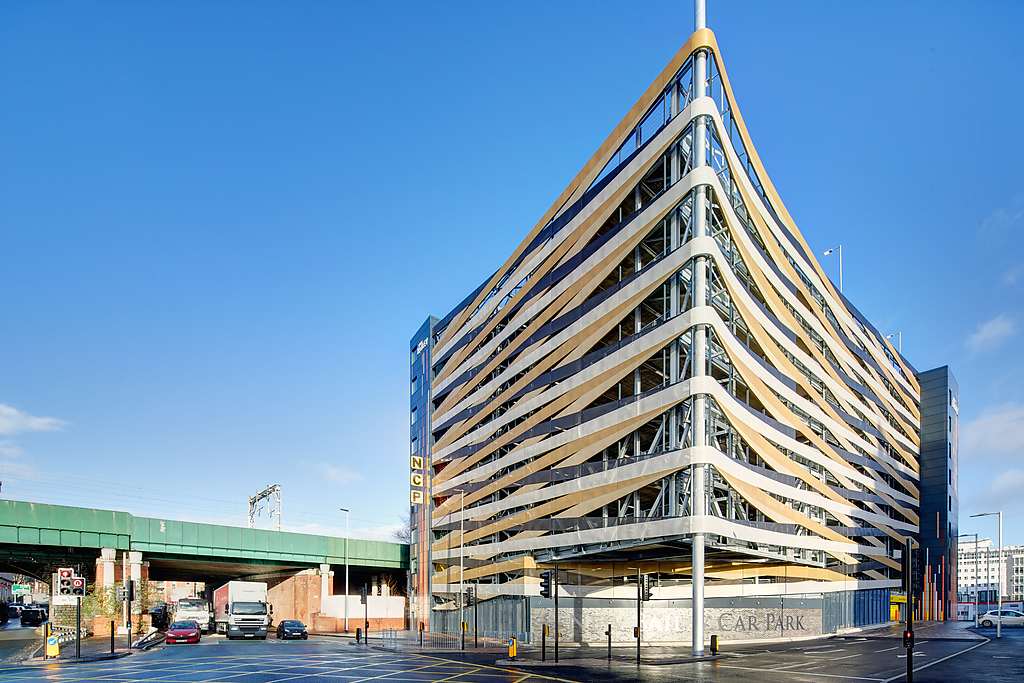 Annual Parking Awards. I had no idea there was such a thing.

This new trend continues right on the other side of the city, with a striking rusted steel example over on Store Street for National Rail. The ‘Corten steel‘ cladding panels on the outside of the structure are designed to get better with age, as they weather and attain a natural brown colour over time. 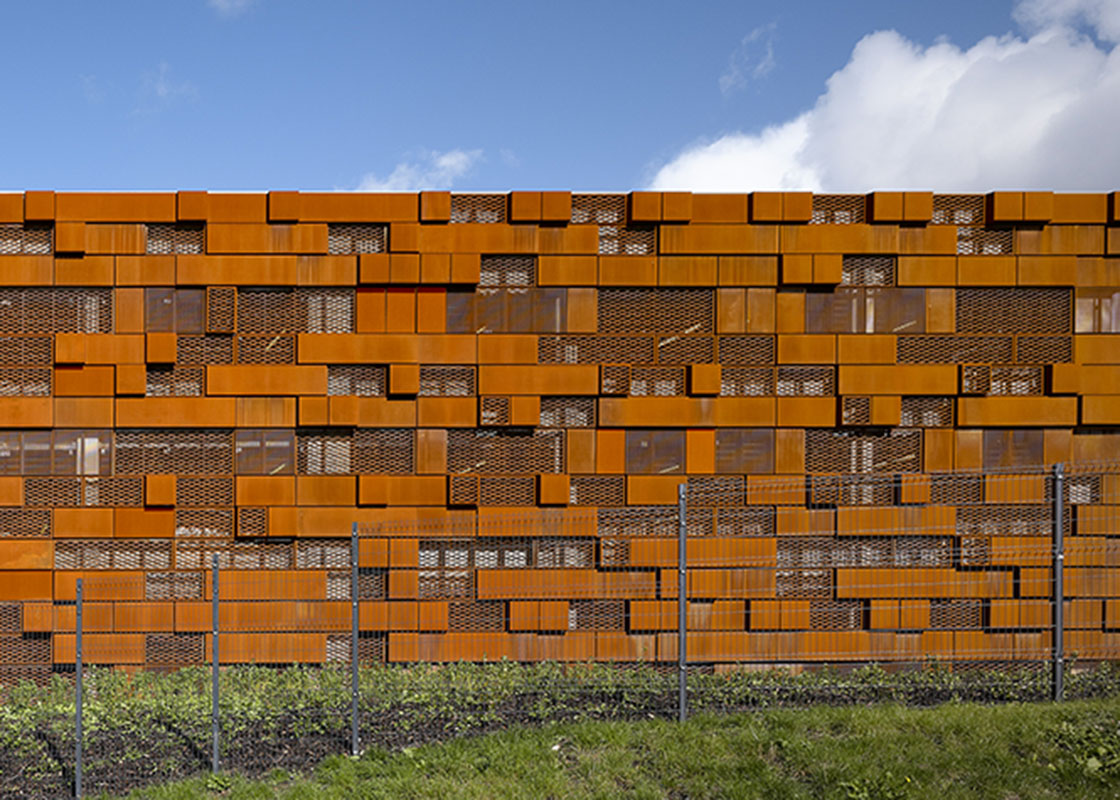 You may have noticed the effect on other structures in the city, most noticeably the new apartment block on Great Ancoats Street and the equally striking ‘Ordsall Chord‘ bridge over the Irwell.

A recent extension and external make-over (or under?), the car park now features a combination of solid, perforated and louvered panels, allowing for natural ventilation but also paying respect to the surrounding brickwork on the old railway arches opposite. 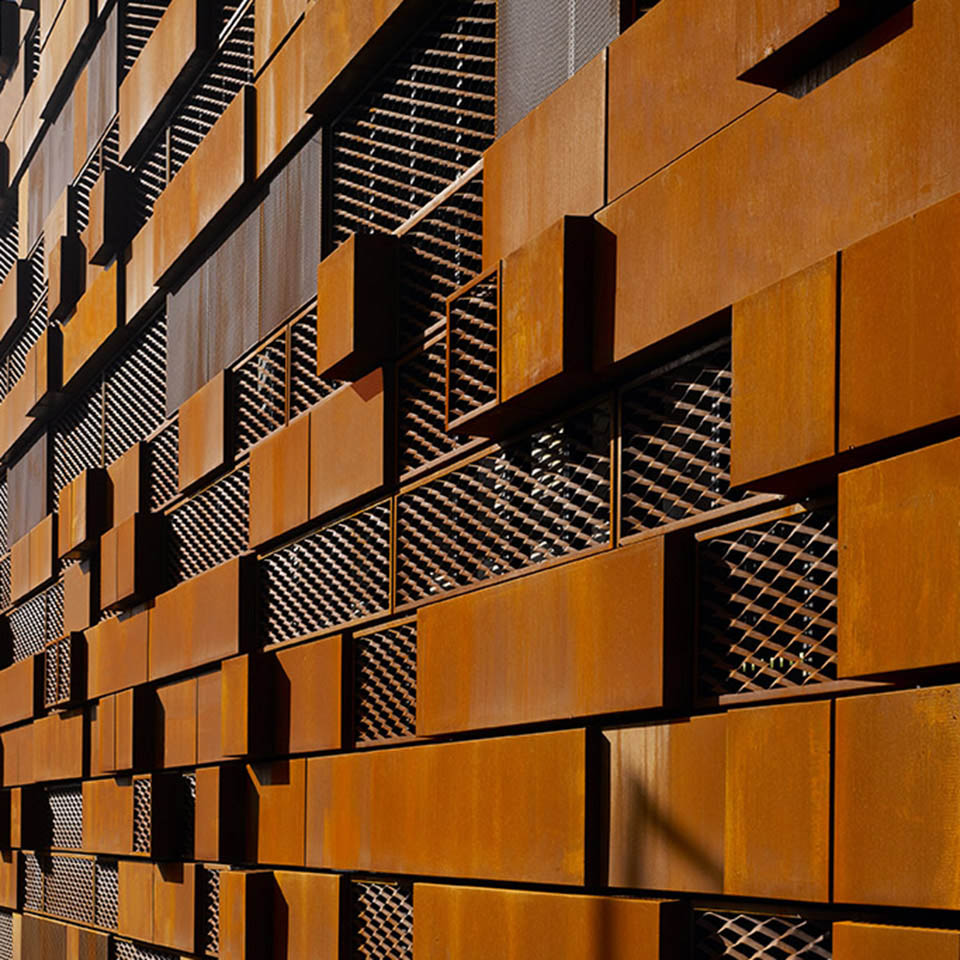 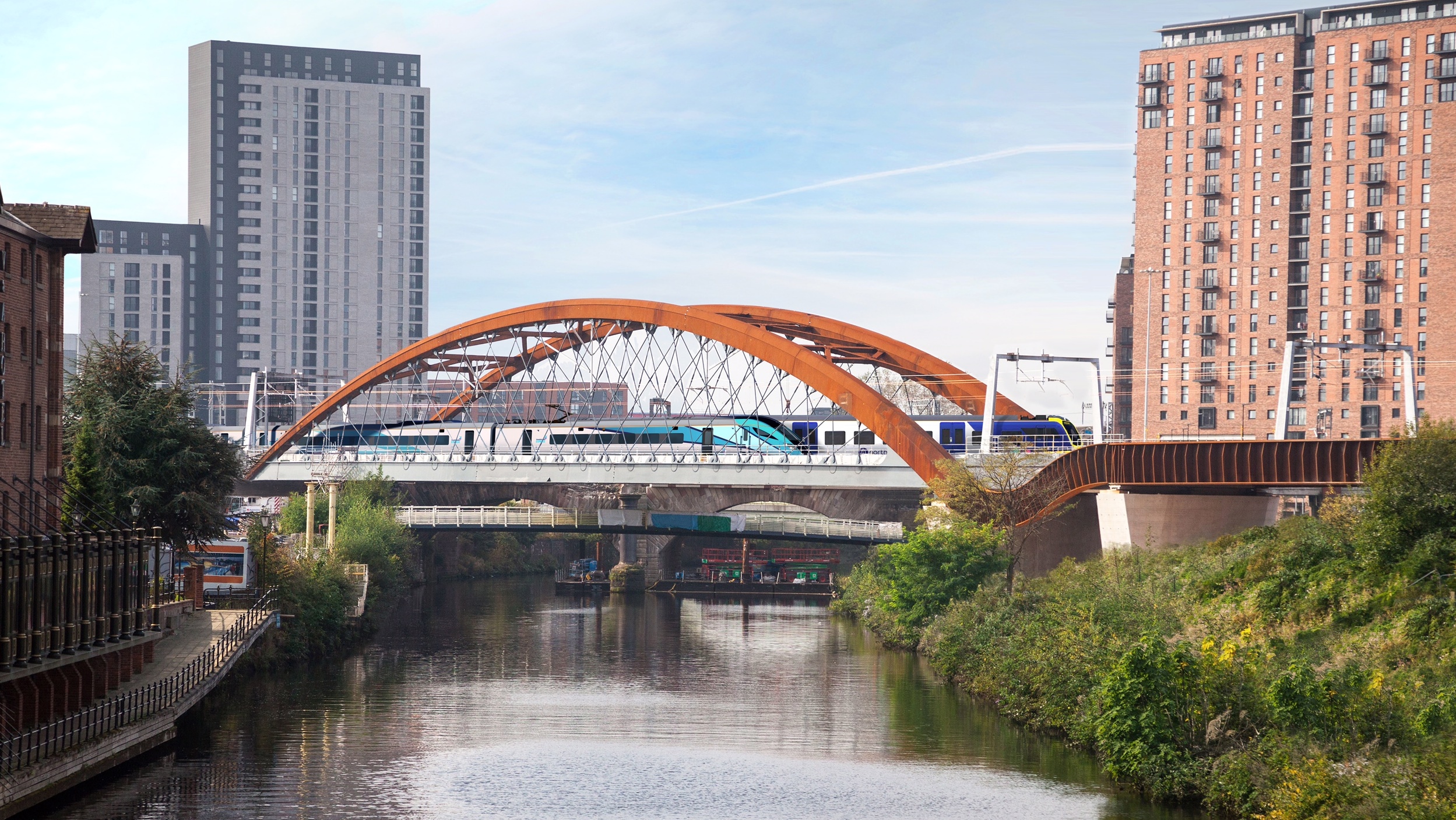 The steel material is also lauded as being extremely economical, insofar that it’s low maintenance, doesn’t need painting or cleaning and therefore is also very cost effective. Personally I think it looks great too.

One car park that seems to be dividing opinions throughout the city is just a little further south of Piccadilly at the brand-new Circle Square development at the old BBC site on Oxford Road. This thing is pretty odd – just have a look… 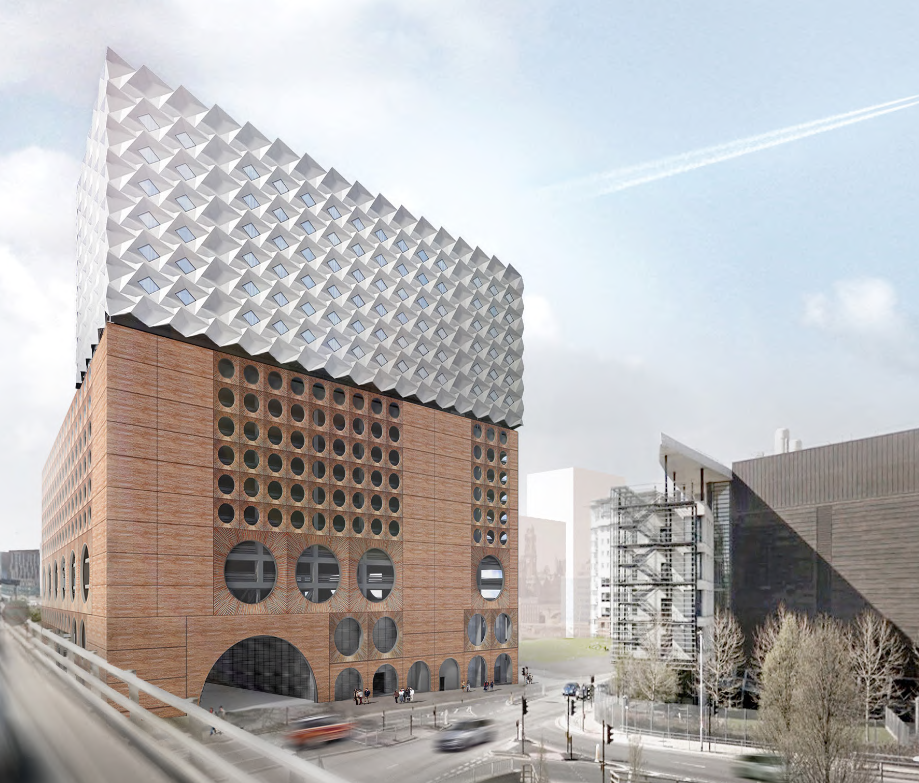 Yes, that’s a brick car park, with portholes, and a Premier Inn plonked right on the top of it. Oh and it’s right next to the concrete majesty of the Mancunian Way.

Construstion on the new 158-bedroom Premier Inn hotel is now complete, with it set to open up to visitors this month. It’s rather oddly been placed on top of the huge 1,018-space multi-storey car park, leaving this as one of the city’s most eye-catching and perhaps maddest new building.

It’s one of the city’s greenest and most energy saving structures, but does that justify how it looks?! 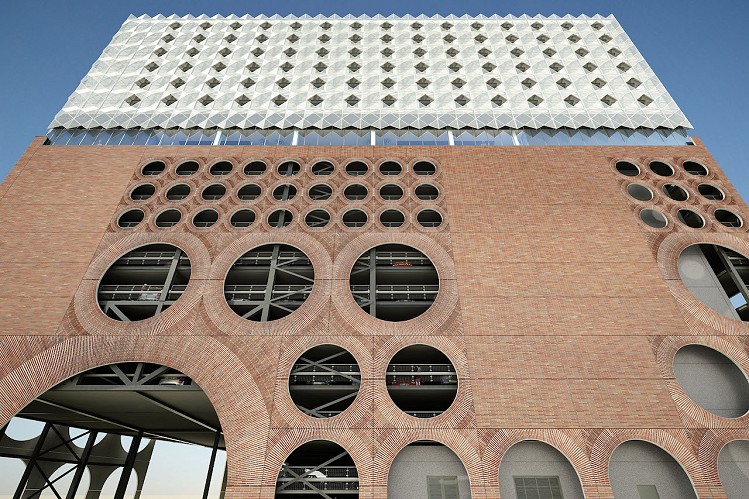 Well, personally I think it’s awful – but that’s primarily down to my hatred of anything brick-clad – which just reminds me of the terrible shopping centres that popped up around the small towns of Greater Manchester in the 90s.

I think this trend of ‘designer’ car parks though is a good thing, and I can’t wait to see what comes next. A necessary evil, cars are still seen by many as a necessity in the city centre, especially considering the high costs of public transport (especially the bus).

If someone could get out there and re-clad and re-design many of the city’s existing car parks though – that would be very welcome indeed. First one to start on? That filthy monstrosity on Tib Street in the Northern Quarter.

Foraging, Sustainability and an Allotment on a Car Park Roof: How Stockport Got A Michelin Green Star