"Fresh Needles for Every Client" 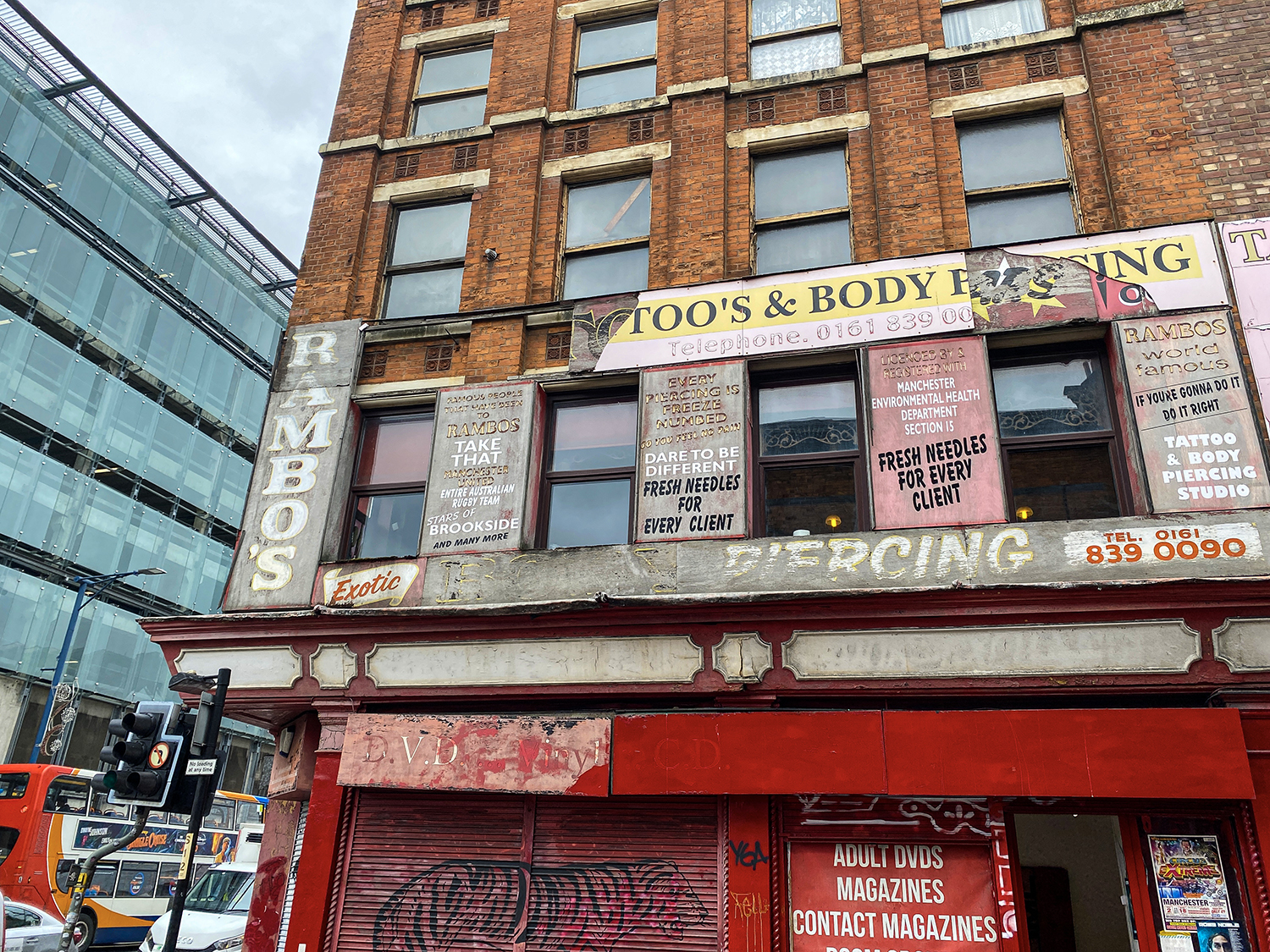 “If you’re gonna do it do it right”

Famous people who have been to Rambo’s: Take That, Manchester United, Entire Australian Rugby Team, Stars of Brookside and many more”

The “stars of Brookside”? Clearly showing it’s age is Rambo’s Tattoo Parlour on Shudehill, I mean, most of you probably have never even heard of Brookside Close, never mind watched any episodes. 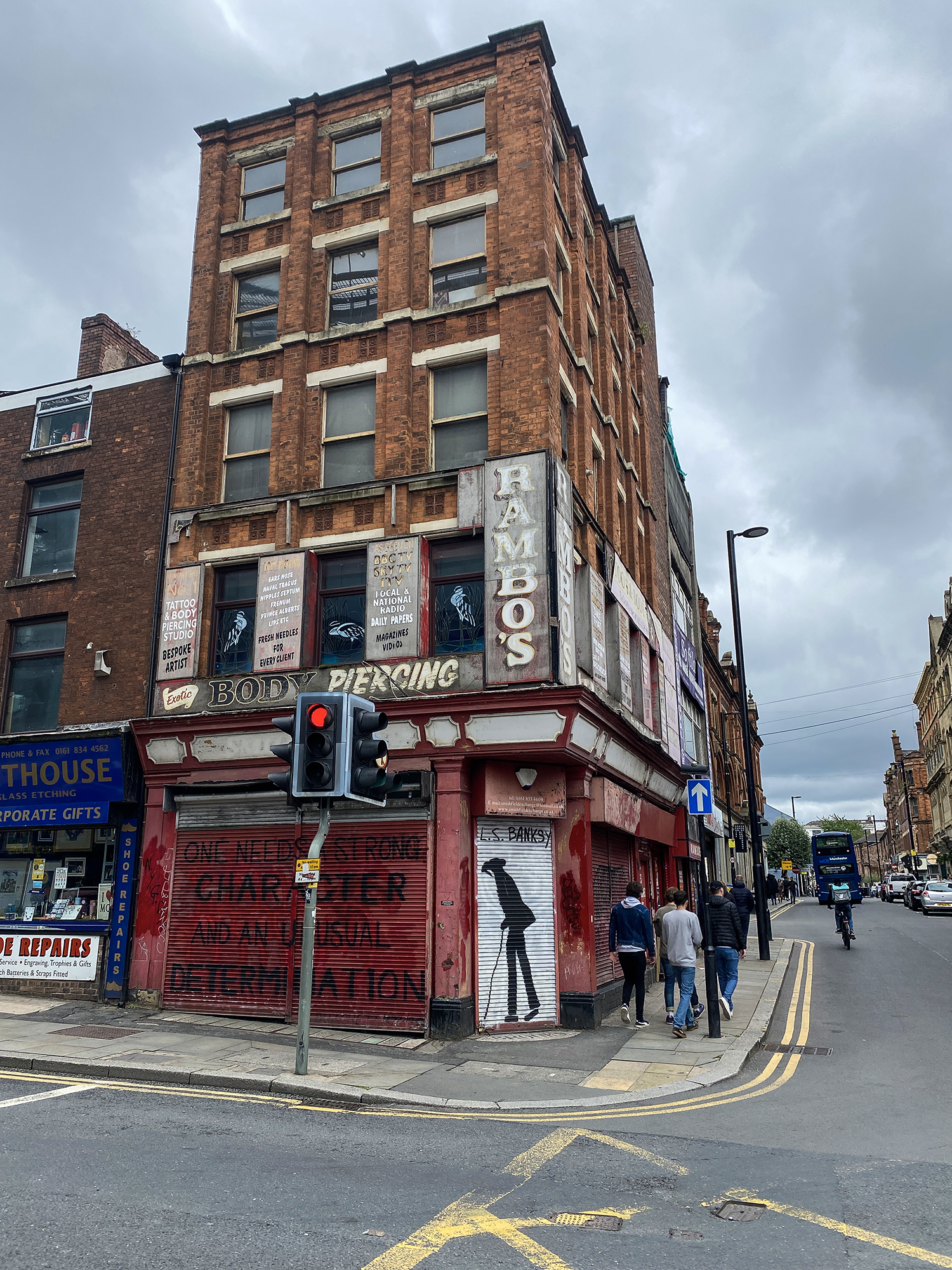 But as Manchester’s longest established Tattoo Parlour, Rambo’s on the corner of Thomas Street and Shudehill is a city institution, a building that’s become synonymous with the Northern Quarter and it’s development over the past three decades, a time which has seen monumental change for the are, but has seemingly stood still for this tattoo and body piercing haven.

Back in the late 80’s and early 90’s, it seemed that everything and everyone was called ‘Rambo’.

Around 4 of my mates all had dogs called Rambo, there was a famous Oldham vagabond who would walk up and down Ripponden Road wearing army fatigues who everyone called Rambo and I’m pretty sure my dad played rugby with two different blokes who both called themselves Rambo – although one of them was only because he had a mullet almost identical to Stallone’s in Rambo 3. 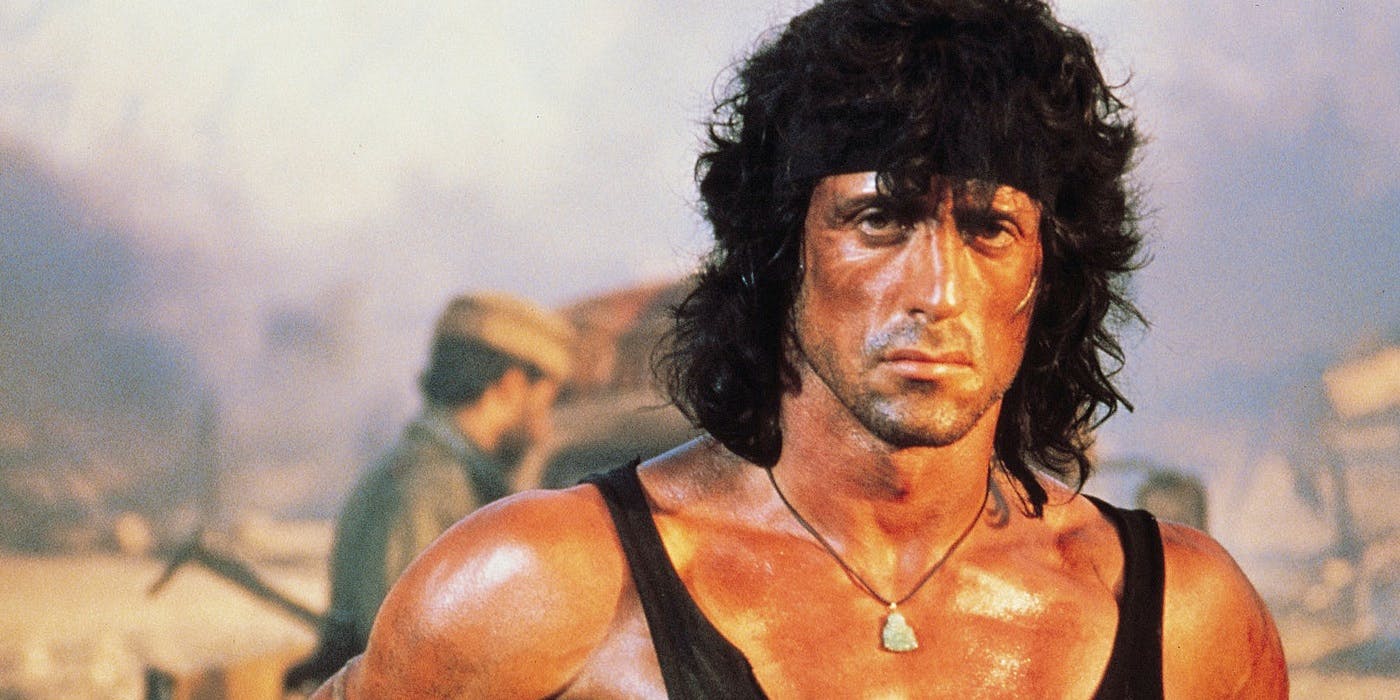 Another “Rambo” is Paul Ramsbottom, who left school at 15 and eventually became part of the world of tattooing in the city, at a time when it was a pretty uncommon thing altogether.

From a very early age, growing up in Salford near the docks, he would be fascinated by the seamen who would pass through, with their ‘painted’ arms, and it took a strong grip of his imagination until the age of 13 when he went down to legendary tattoo parlour Cash Coopers and got inked for the very first time. 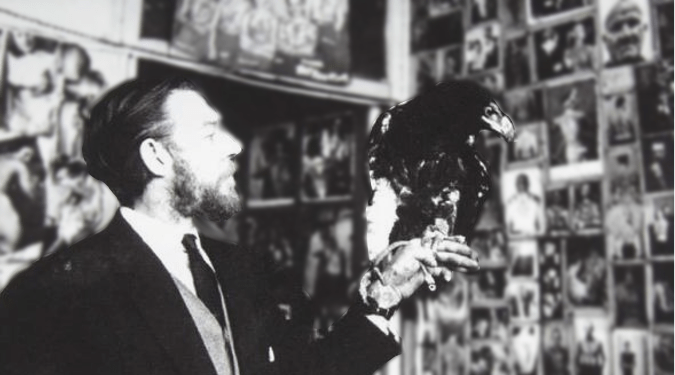 Cash Cooper (and an eagle)

Charlie ‘Cash’ Cooper was known in the area as a bit of an eccentric, someone who would happily tattoo a dotted line around the neck of an 8 year old, as long as their mum were present, and a fella who opened up one of the UK’s first tattoo parlours after buying a bit of land with his mate in the mid-60s.

He liked to boast that he had over 450 tattoos on his body, and was a firm favourite around the area amongst sailors and the curious, and when Paul turned up at the tender age of 13, Cash tattooed “Rambo” onto his arm – a full 20 years before Stallone donned the Vietnam jacket and made the name popular. 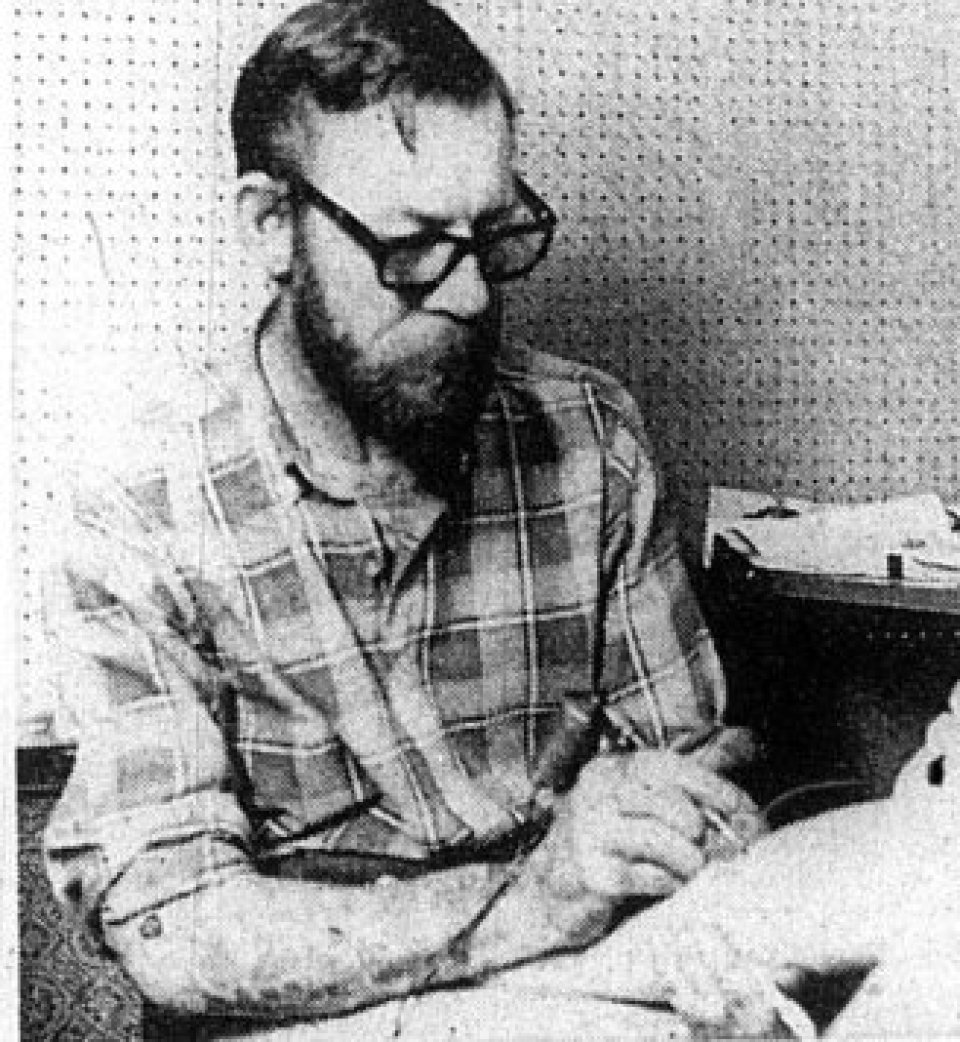 Cash Cooper tattooing what looks like a ladies’ foot

After completing a course in painting and decorating, and being “bored shitless” for a couple of years, Rambo couldn’t shake off his passion for tattoos, and slowly charmed his way into the scene, eventually buying his first professional tattoo machine in October 1983 from the back of the local paper.

Shortly thereafter, Paul opened his first tattoo parlour on Stockport Road in Manchester in 1984 for £15 a week, before moving to Rhyl and then tattooing out of the back of a VW camper van around Germany – inking bored soldiers with too much disposable income. 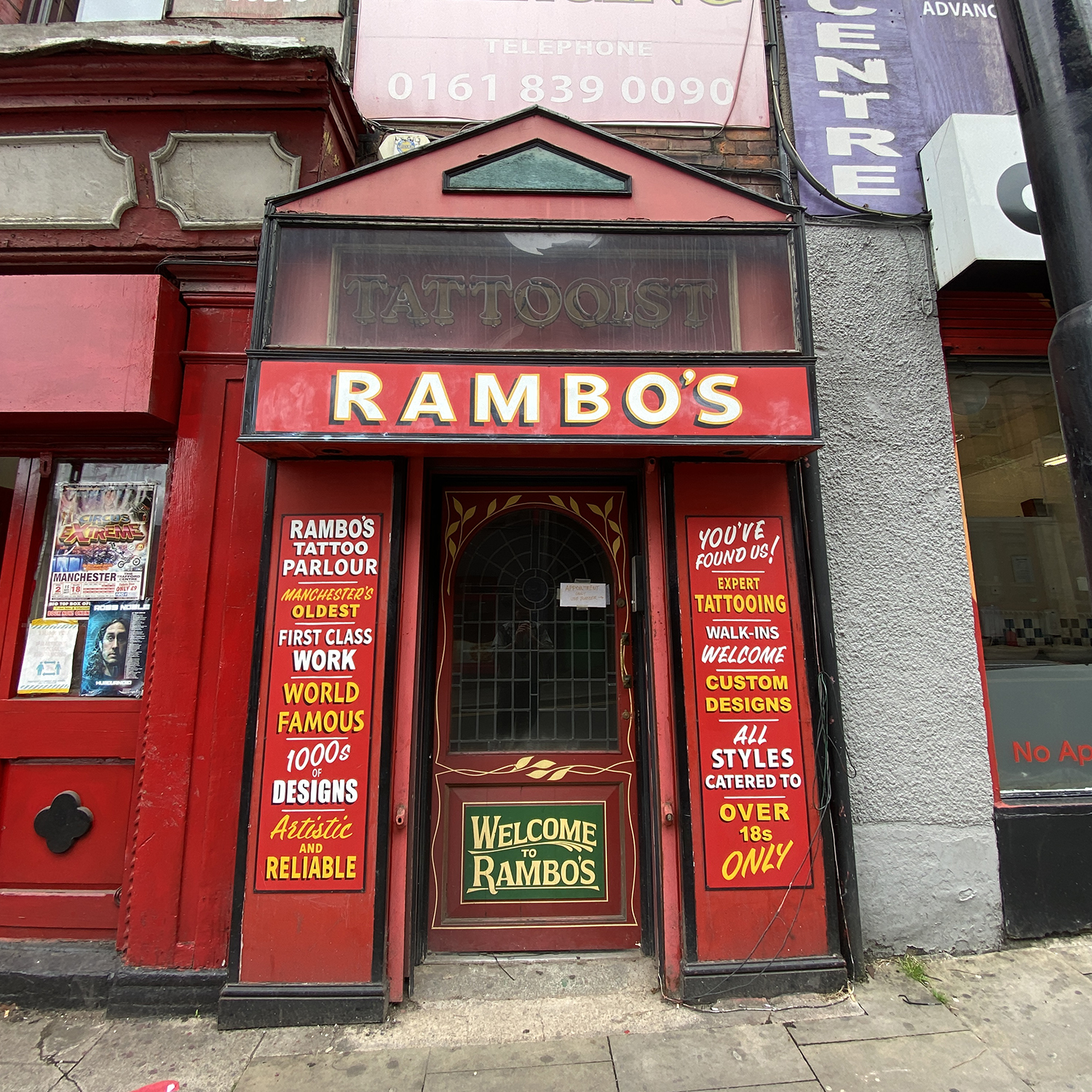 Paul moved back to Manchester to be with his family and opened up the shop on Shudehill in 1986 and has stayed there ever since. His vision for Rambo’s as a venue was shaped by over 20 years of wanting to be a tattoo artist, and in his own words, he wanted it to be “a cross between a snooker hall, a gypsy caravan, a Chinese brothel and a dentists”.

On that first day, he still remembers the first tattoo he did, a little flower with ‘England’ written on it, and he managed to take a mighty £50 – and essentially never looked back. 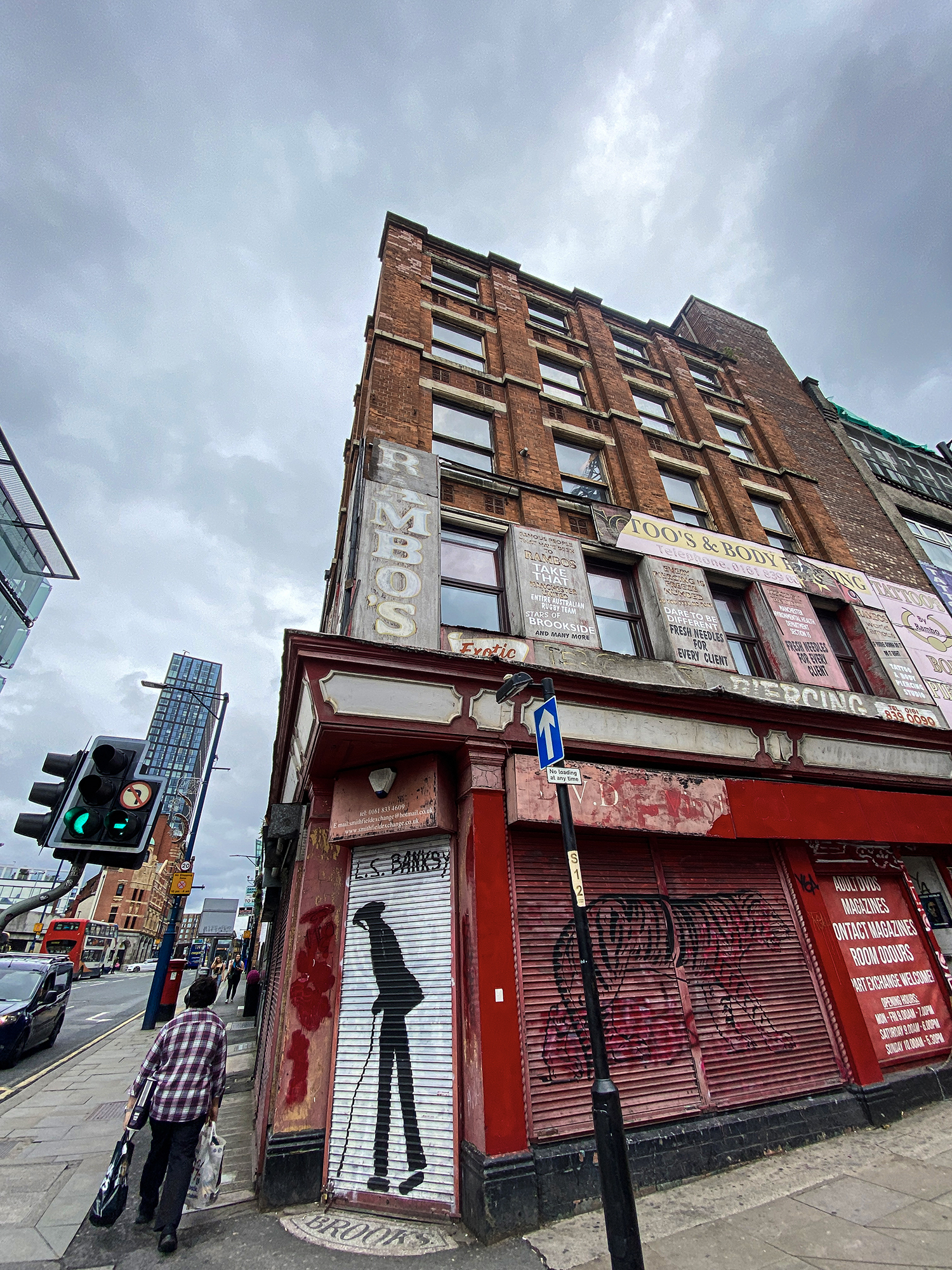 For 20 odd years he would work inside Rambo’s all on his own, with many speculating that he’s probably tattooed more people over the years than anyone else in the UK. Although he’s now retired, he’s still Manchester’s longest registered tattoo artist, and Rambo’s is still going strong to this day, with a selection of world-class artists including Paul’s own son.

It may not look like it from the outside, but Rambo’s is actually rather beautiful inside, with ornate wood panelling and some sexy stained glass features throughout. It’s just the exterior which is looking a bit tatty – but it manages to retain a certain charm and in my opinion – should remain how it is.

Paul is also a massive collector of tattooing memorabilia, with one of the biggest collections of items in the world. His pieces have made it as far as the National Maritime Museum in Cornwall, and many pieces still adorn the walls and cabinets of his Tattoo Museum today.

So pop in and take a look at Paul’s unique and rare items from around the world – or get yourself inked and join Jimmy Corkhill, Barry Grant and Jason Orange as patrons of the Oldest Tattoo Parlour in Manchester.