The old UMIST building has been home to science, technology and engineering for well over 100 years. 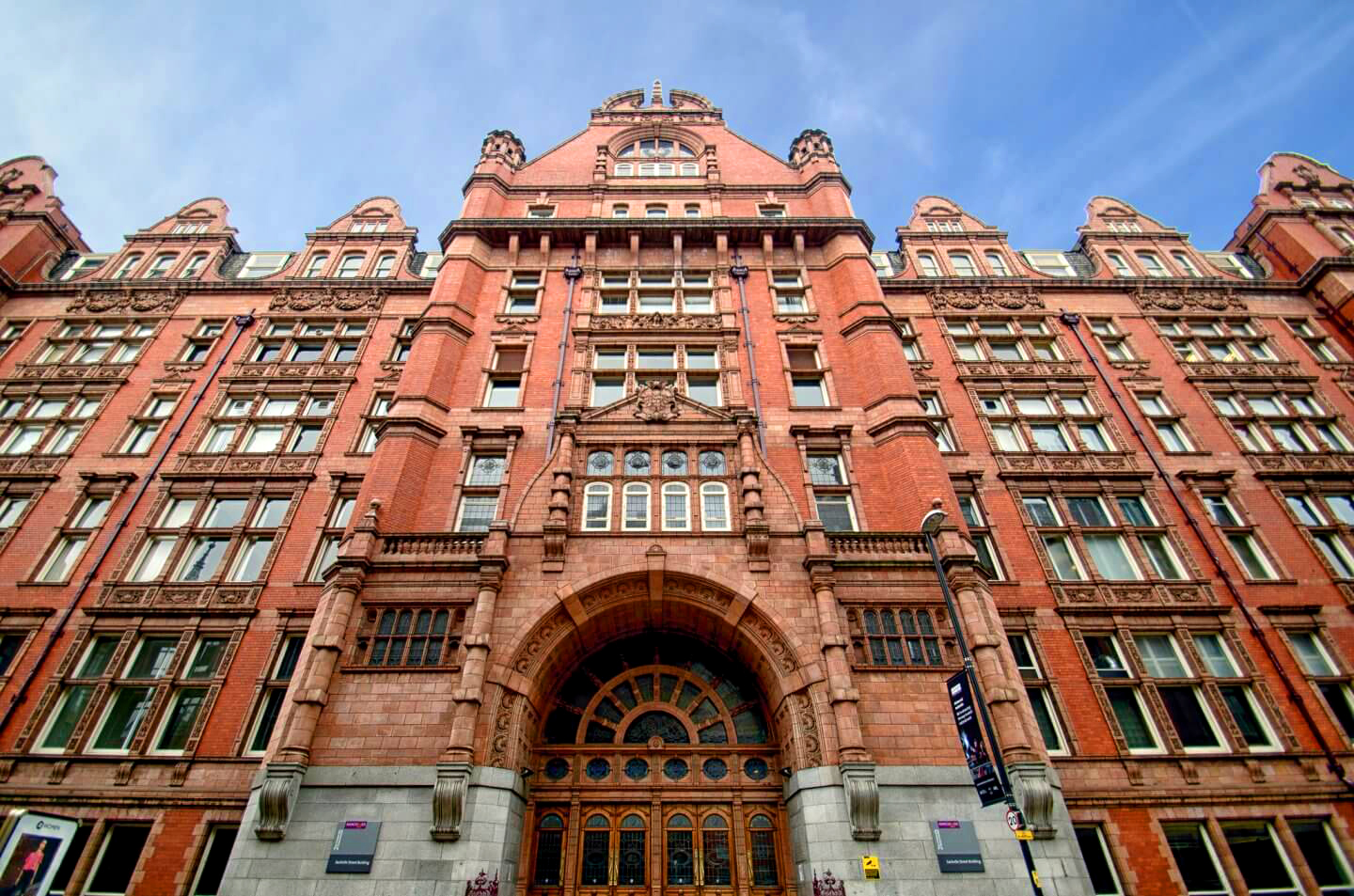 Nothing worried me more than my imposing exam, an exam that I’d certainly not revised enough for and also an exam which I’d secretly hidden many of my notes for on a little strip of paper stuffed under my watch strap on my sleeve.

The walk to the exam room however, that was a pleasure. Located right on the top floor of UMIST’s Sackville Street Building, I’d walk past little architectural wonders, interesting nooks and crannies, stunning terracotta tiles and some rather spooky little spots that sent shivers down your spine like no exam paper ever could.

As a 21-year-old lad who’d spent the entire night furiously cramming a load of pointless information into his brainbox, the Sackville Street Building always calmed me down somewhat, and once I sat down in the ancient gymnasium on the top floor, I was ready for whatever my lazy lecturers could throw at me. 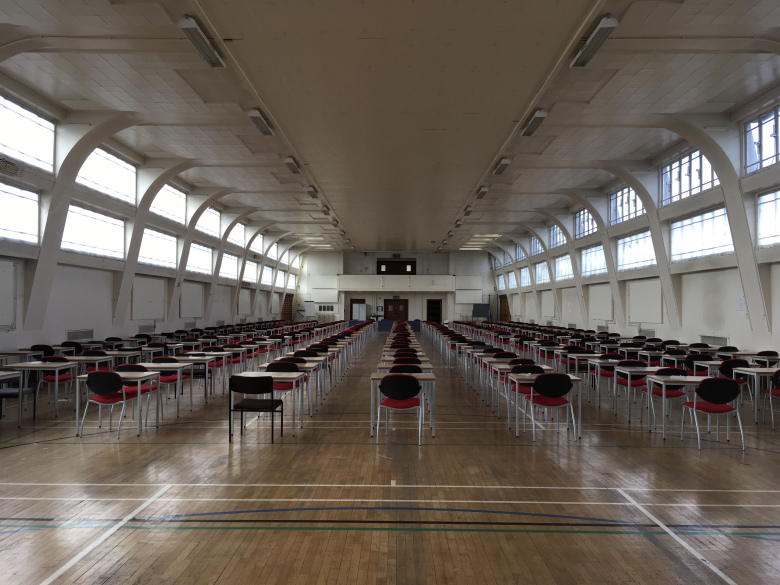 Work on the building began all the way back in 1895 when UMIST was known as the Manchester Municipal Technical School and they needed somewhere to teach a range of brand-new day courses in chemistry, mechanical engineering and printing.

There must have been an awful lot of potential students signing up because instead of just throwing up a couple of pre-fab annexes like they would do today they commissioned the huge project on the corner of Sackville Street and Whitworth Street. 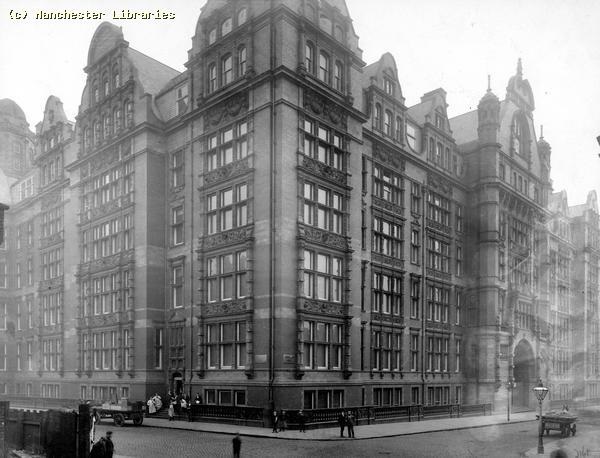 Located on the old site of an engineering works owned by Sir Joseph Whitworth (or ‘Sharpshooter’ to his mates) his belief in the value of technical education also secured the school a grant of £5,000 to build it – which is about £620,000 in today’s money. Cheers Joey!

The design of the building went to a company called Spalding and Cross and they came up with a grand structure in a French Renaissance style that proudly displayed possibly the finest Edwardian brickwork and terracotta tiling in the whole region. 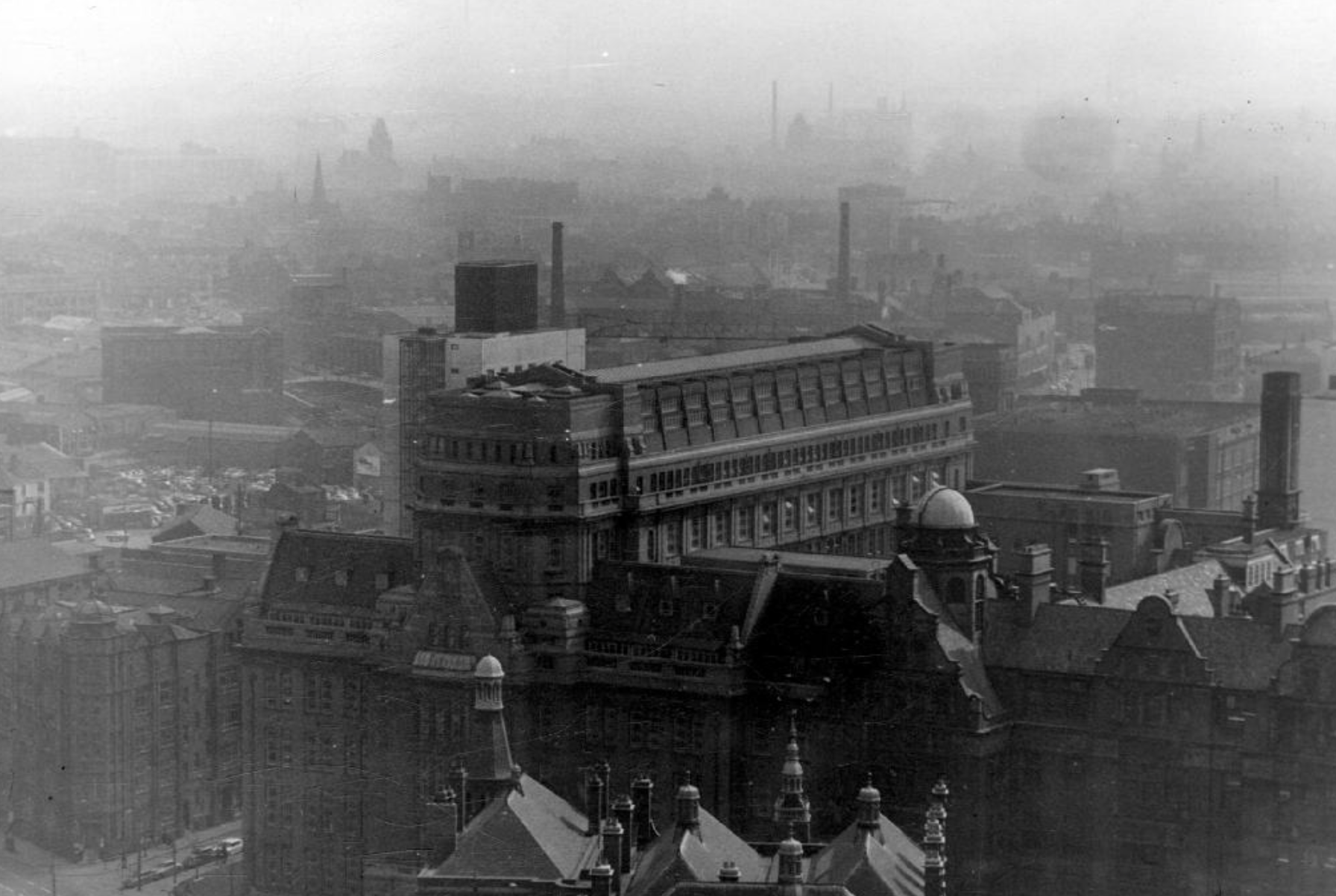 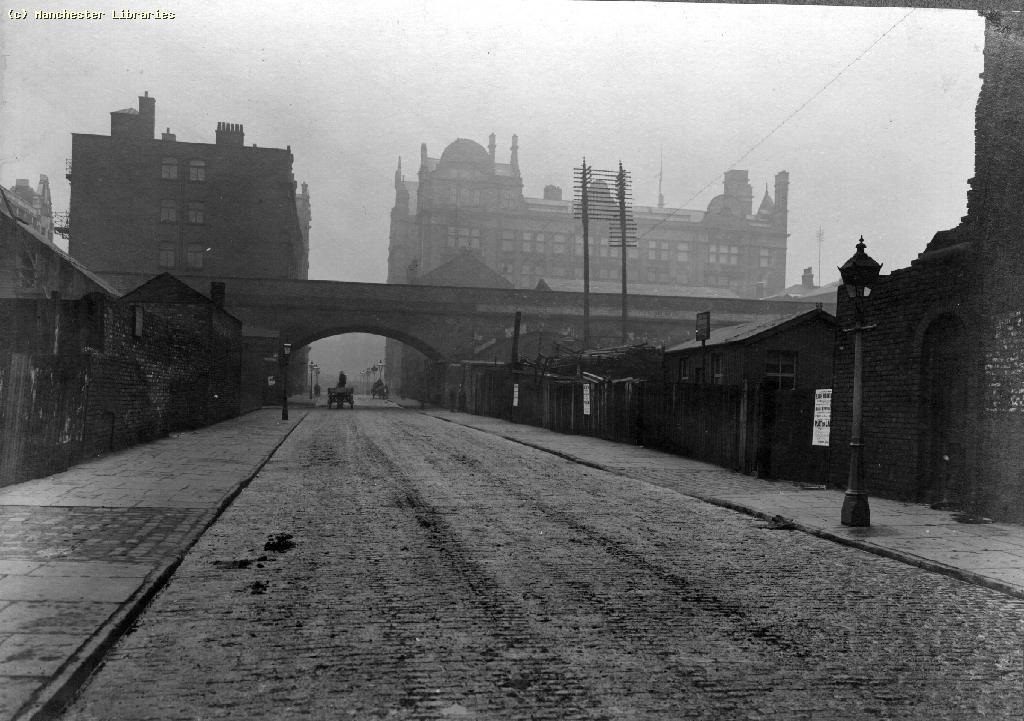 Finally opened in 1902 the building featured a wealth of weird little touches and additions that made it into a huge hub of learning and events for the next 100 years.

Before I delve into them though I think it’s important to note that anyone who’s actually ever been inside the Sackville Street Building, or indeed has a couple of eagle-strength eyes and has walked around its exterior, will notice that it’s actually TWO very different buildings that have been built very, very close to each other.

By 1927 the Municipal College of Technology (as it was then known) commissioned plans for an extension of the building, but as the Great Depression and the Second World War got in the way it wasn’t until 1957 that the whole thing was finally finished. 30 long years. Still better than some of the builders on my road though. 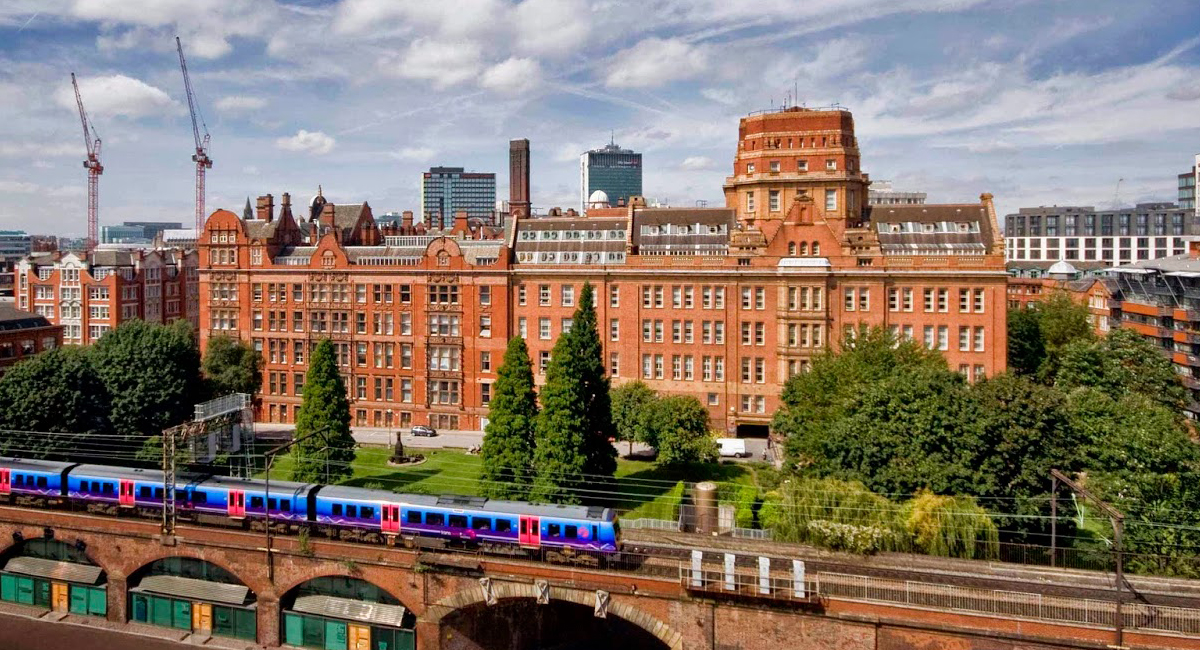 You can clearly see the difference between the two buildings here.

As a result, both inside and outside the building you’ll notice different walls, mismatched flooring and corridors that just don’t seem to fit together. Almost like when your mum bought you a crappy bit of fake LEGO off the market and you got them all mixed up with the real stuff in your box.

As was the case with all UMIST buildings, they used letters instead of numbers for the floors, starting at BA on the lowest floor and then working up the floors through the alphabet. For some reason they excluded ‘I’ from all of this, perhaps to avoid any confusion with the number ‘1’. 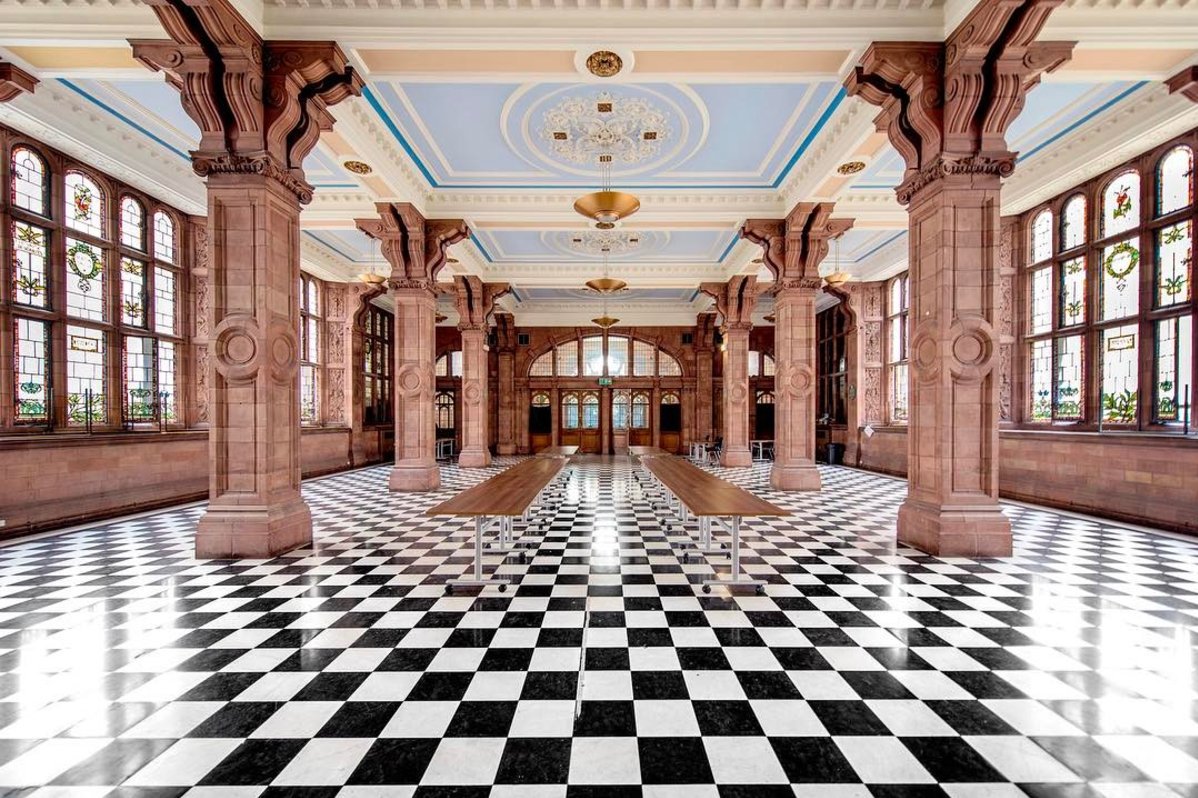 Up on the very top floor (L) in the aforementioned gymnasium where I would later be taking my exams, the original plans called for a swimming pool to be installed, but fears over the structural soundness of having it so high up caused them to abandon the idea. Apparently they were scared that the weight of the water would cause a big part of the building to fall down – a small price to pay for a brisk swim in the mornings though I say.

Another little oddity to the building was a brewery – located on the D Floor. Apparently it was there to help with some of the studies, but enterprising students (and staff) were known to operate a bit of a black market within the walls – diverting the experimental brews into some more welcoming arms. 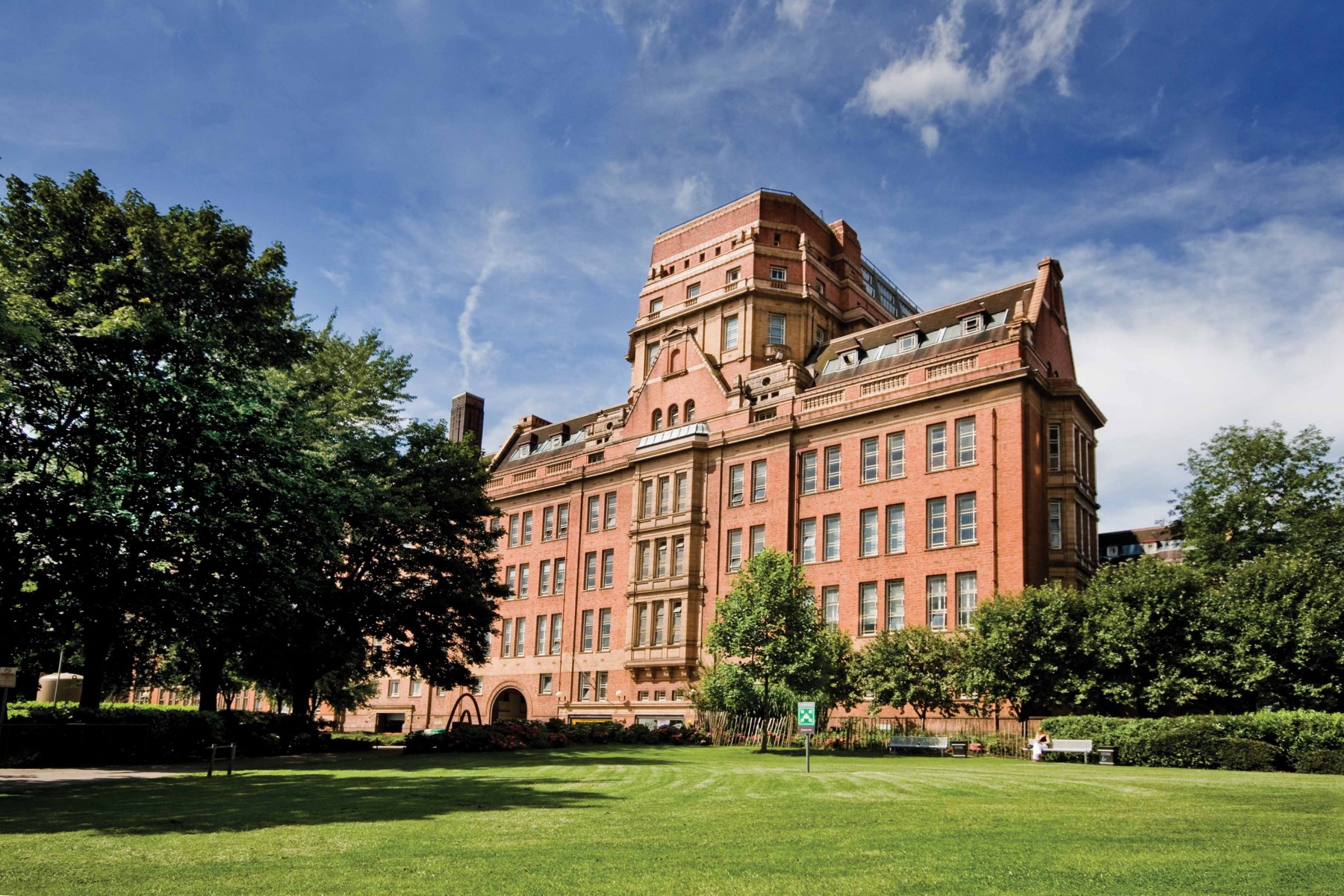 Similarly, there was also a bakery on site, again to help with people wanting to learn the science behind making bread and cakes and Gregg’s pasties. The story goes that the bakery in here was famously commissioned to bake the first birthday cake for little Prince Charles. I’m not sure why they couldn’t just get somewhere in London to do it though. 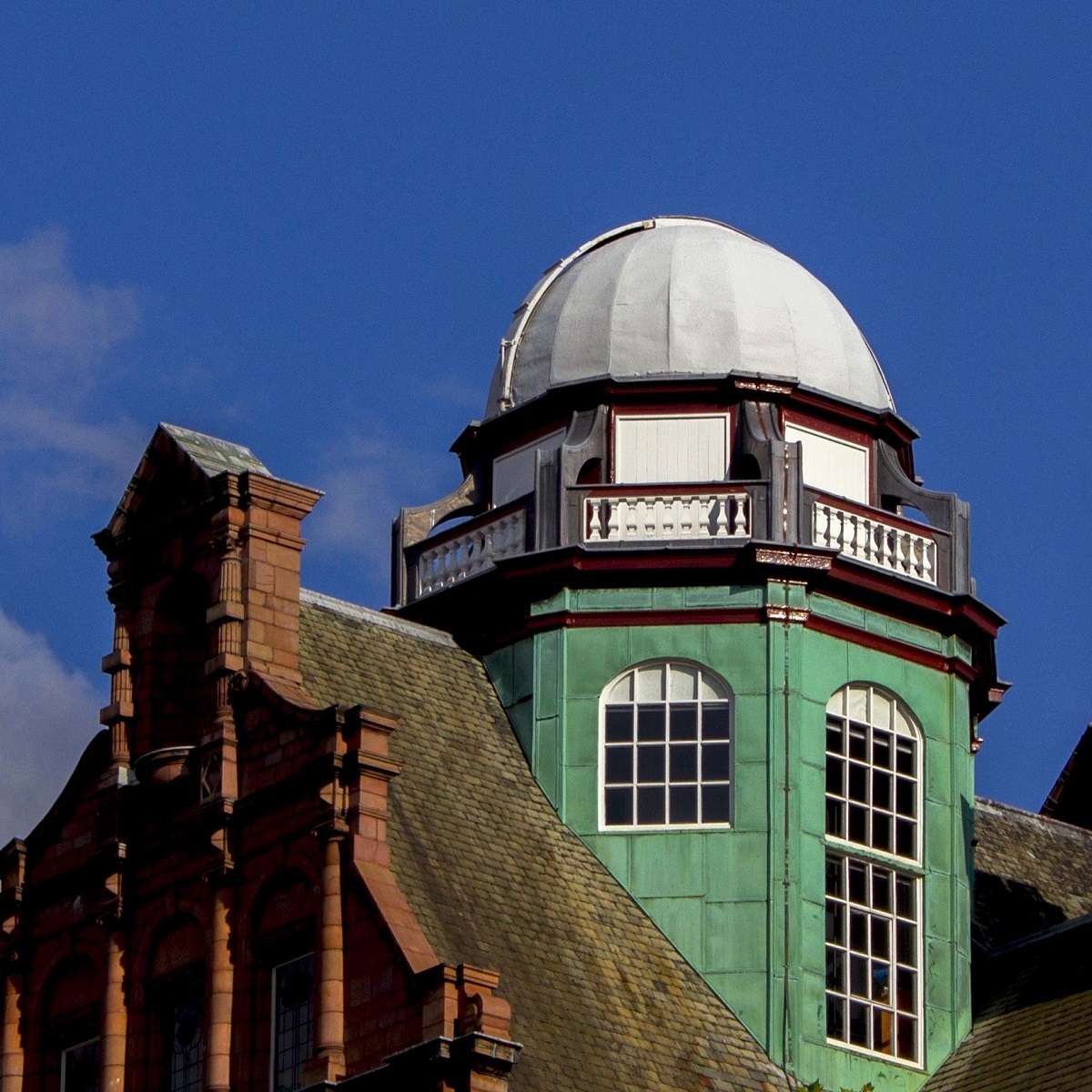 Finally, on top of all these features, the building also contains a fully-fledged observatory on its roof, complete with a ceiling made from wood and papier-mâché that has withstood the Manchester rain for over 100 years now. The Godlee Observatory is still very much in operation today, and is home to the Manchester Astronomical Society who meet there every Thursday evening.

I should also point out that a few people in the past (me) have claimed that the Sackville Street Building was in fact home to wonder-drink Vimto before it became an academic hub and quite frankly these ‘people’ are just wrong.

Adjacent to the building is Vimto Gardens, a little tuft of greenery with a massive wooden monument to the fruity drink in its centre. Just to clear everything up once and for all, the first barrel of Vimto was in fact produced on that very spot in 1908 – around 10 metres away from the Sackville Street Building itself.

It must be said though that the students, equipment and knowledge operating inside the Sackville Street Building at the time must have helped Noel Nichols when it came to making the delicious drink. I can’t imagine that he didn’t pop round to speak to some of the students and staff to get some tips on the engineering side of things. 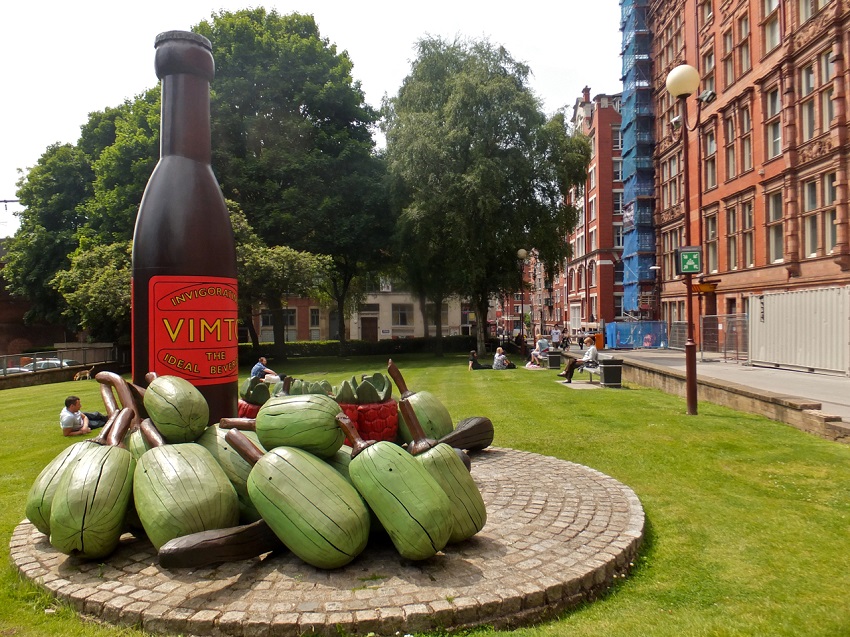 A few of the stunning Modernist buildings around this area have been earmarked for demolition to be turned into homes, shops, offices and hotels – pretty much destroying the scientific and cultural heritage in the area.

As it stands though, the Sackville Street Building is to be left untouched, still standing tall in all of its majesty and certainly a structure that we as a city should cherish and be proud of.

From Manchester to Paris: La Marais, Saint Martin and Montmartre