Great Ancoats Street has been known for a few things over the years. One was Toys R Us, another the Crown & Anchor and, more recently, the controversial £9m ‘upgrade’ which saw 70 new trees planted along its length – turning it into what the Council deem “a European-style boulevard.”

As a kid, getting driven erratically down Great Ancoats Street by my dad in an old K reg Ford Orion, the most visually impressive thing that I hoped to gleam out of the window was the massive newspaper printing presses in operation in the historic Express Building, a modern monolith of chrome, curves and tinted glass.

It was amazing. Even though I often caught a glimpse of the Oldham Evening Chronicle being printed down on Union Street, the presses at the Express Building were around three times as big and a true sight to behold – especially as a child whose only experience of newspaper production was one that montage scene in the 1978 Superman Movie.

Construction on the futurist art deco building was completed in 1939, one of three Daily Express offices dotted around the UK, and all designed by engineer Sir Owen Williams to resemble each other.

With opaque and vitrolite glass, curved corners and chrome horizontal lines, they were considered “space-age” in a time before anyone had even thought to send a rocket up into the solar system. Well, except Hitler.

Still admired by Mancunians today, the building served as the home for the Daily Express for 50 years, a time when the paper enjoyed the success of being the most circulated in the world, with sales of up to 2.25 million during the 30s and 40s.

Sir Owen Williams was often described as more of an engineer than an architect, but enjoyed a very distinguished career nonetheless, with other works including the Dorchester Hotel, the M1 motorway and Spaghetti Junction on the M6 – which enjoyed considerable fame when it was unveiled in 1972.

As the graft began inside the newly opened Express Building, and workers flocked to its chromed magnificence, a small but interesting choice of businesses arose to feed and water them, and the pub right next door, the excellent Crown & Kettle enjoyed frequent lunchtime and after-work busy periods for decades.

There was also the rather dodgy Lord Nelson pub on the top of Newton Street, and the notorious Crusader Club, “a fabulously drunken and dirty place” where workers could go to get hammered and have a dance. 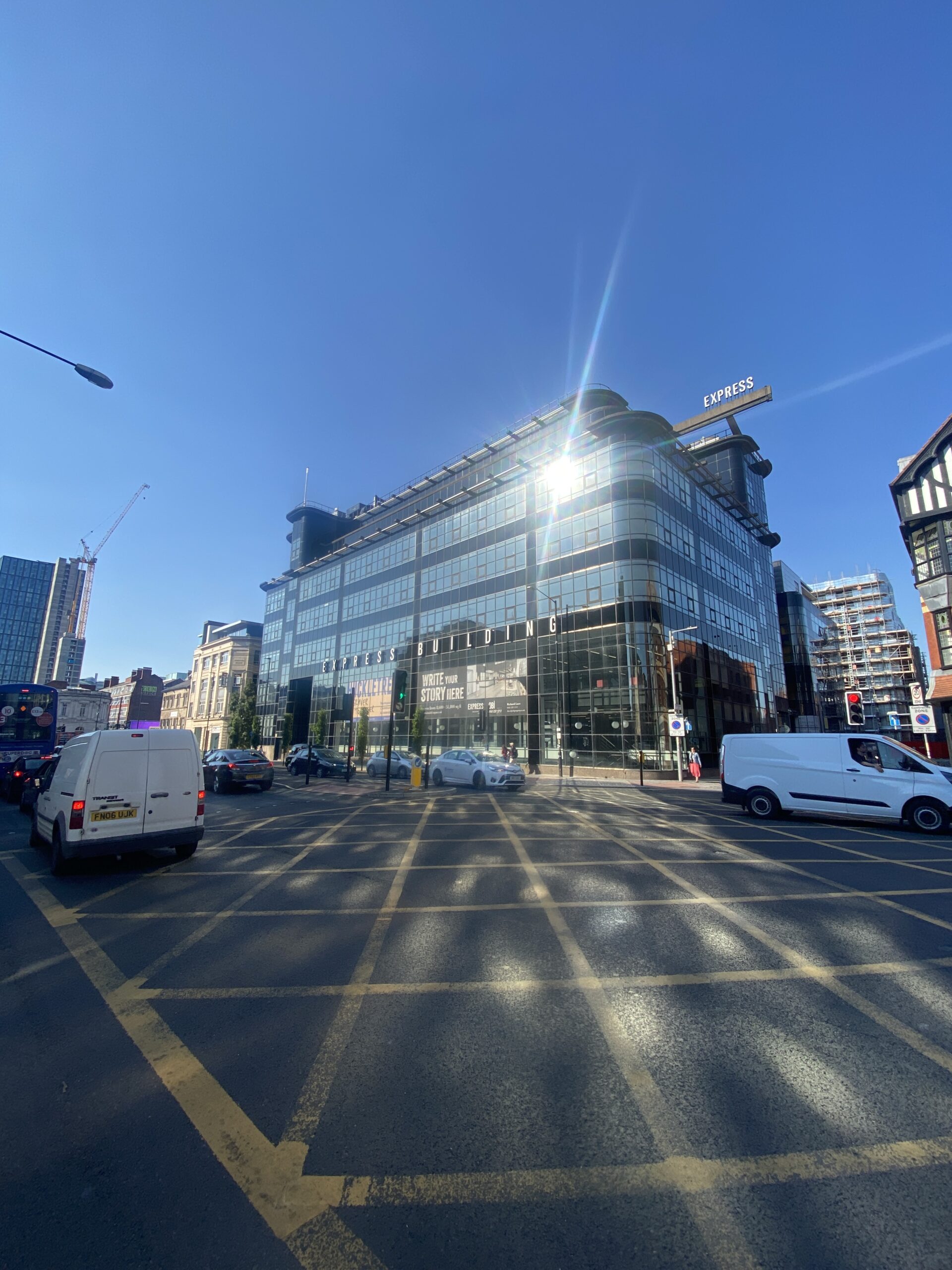 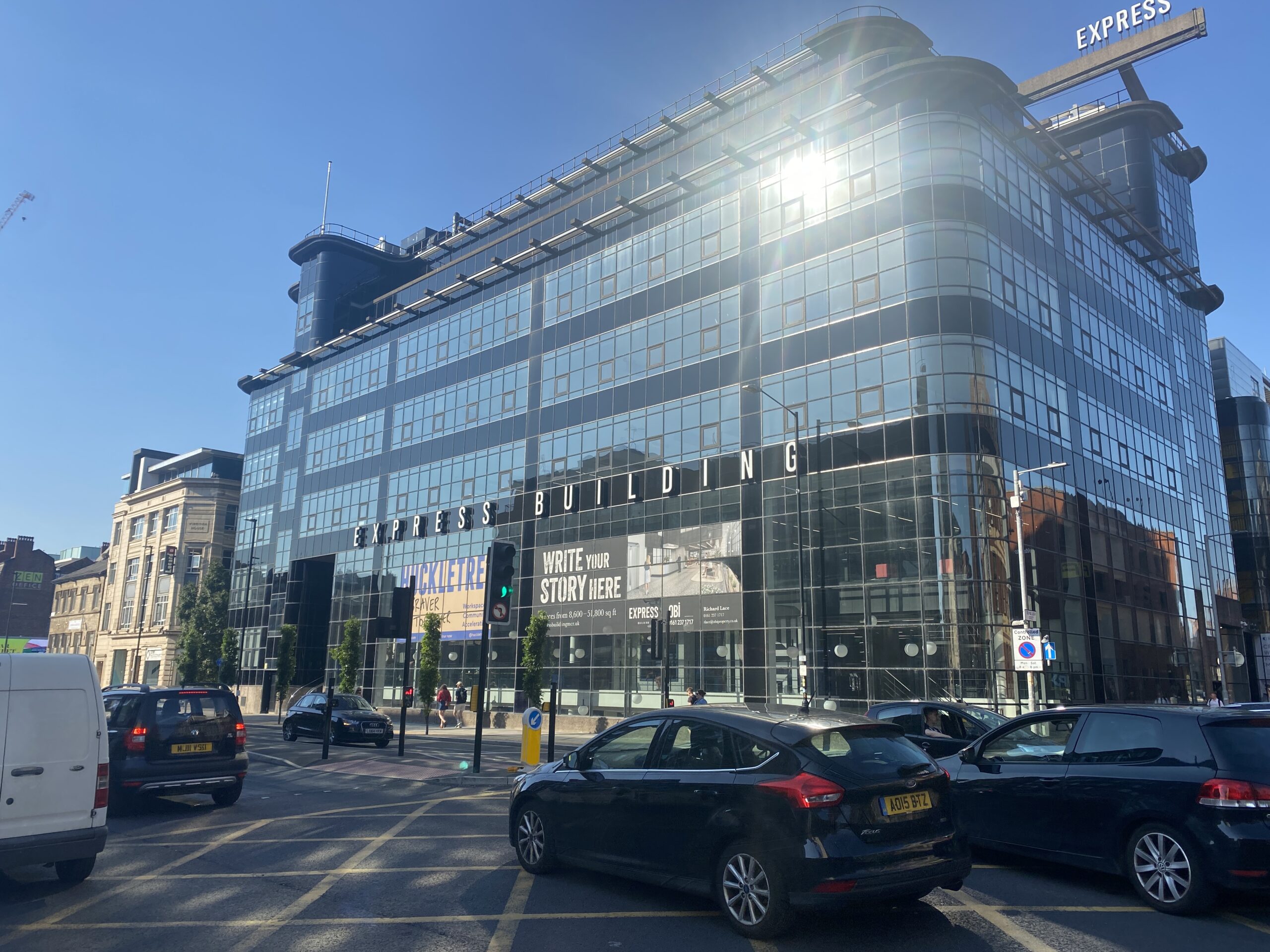 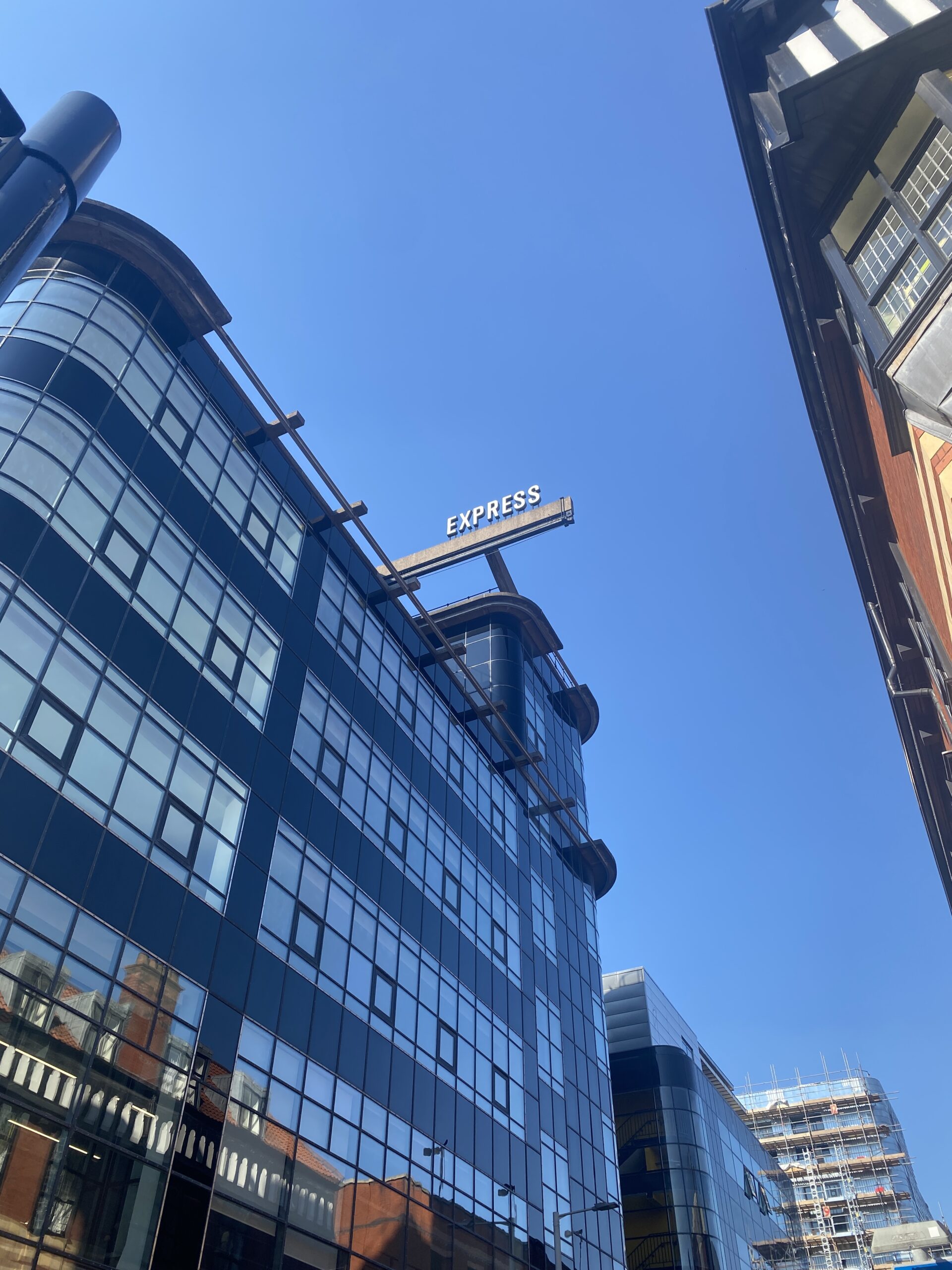 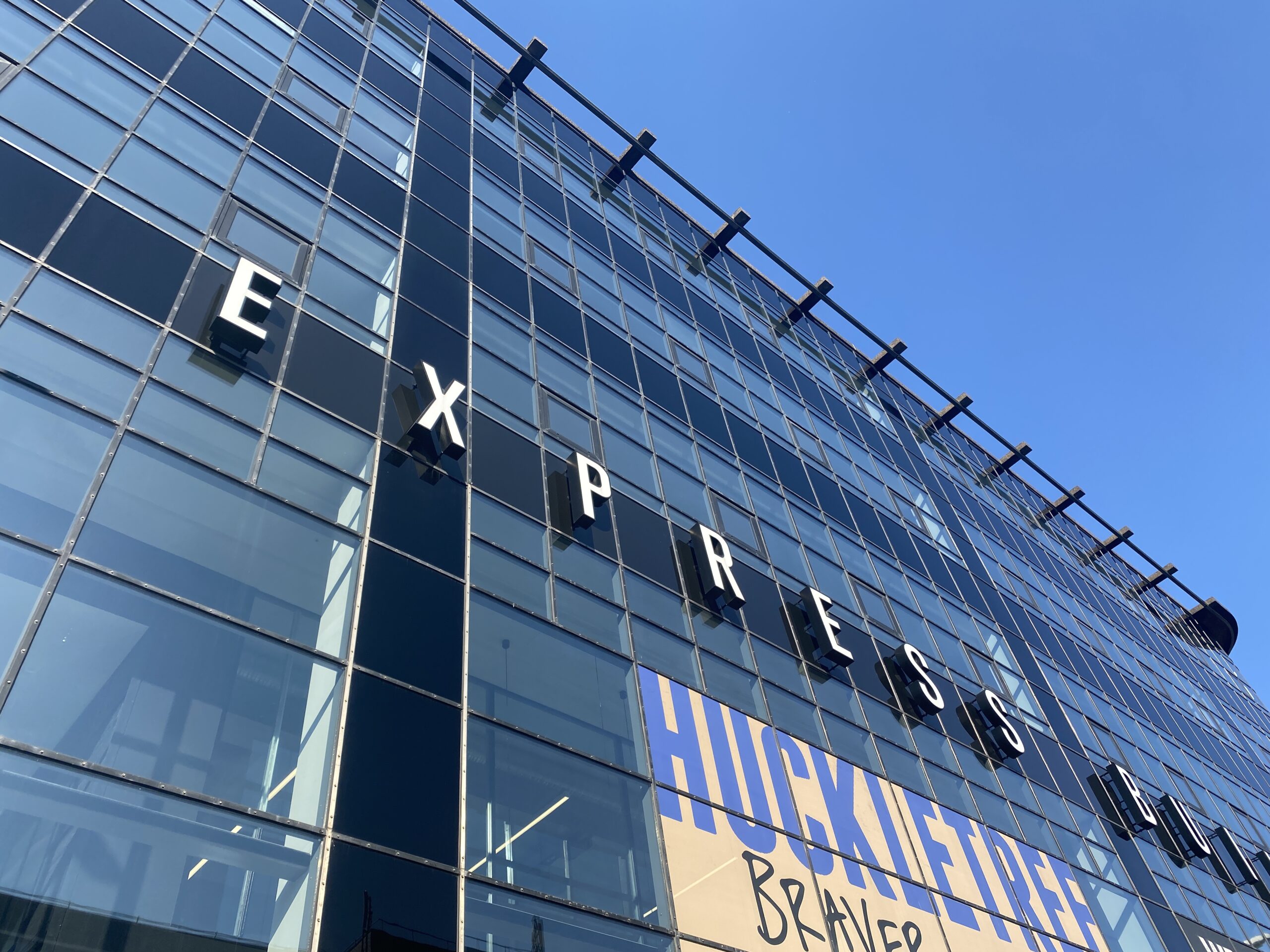 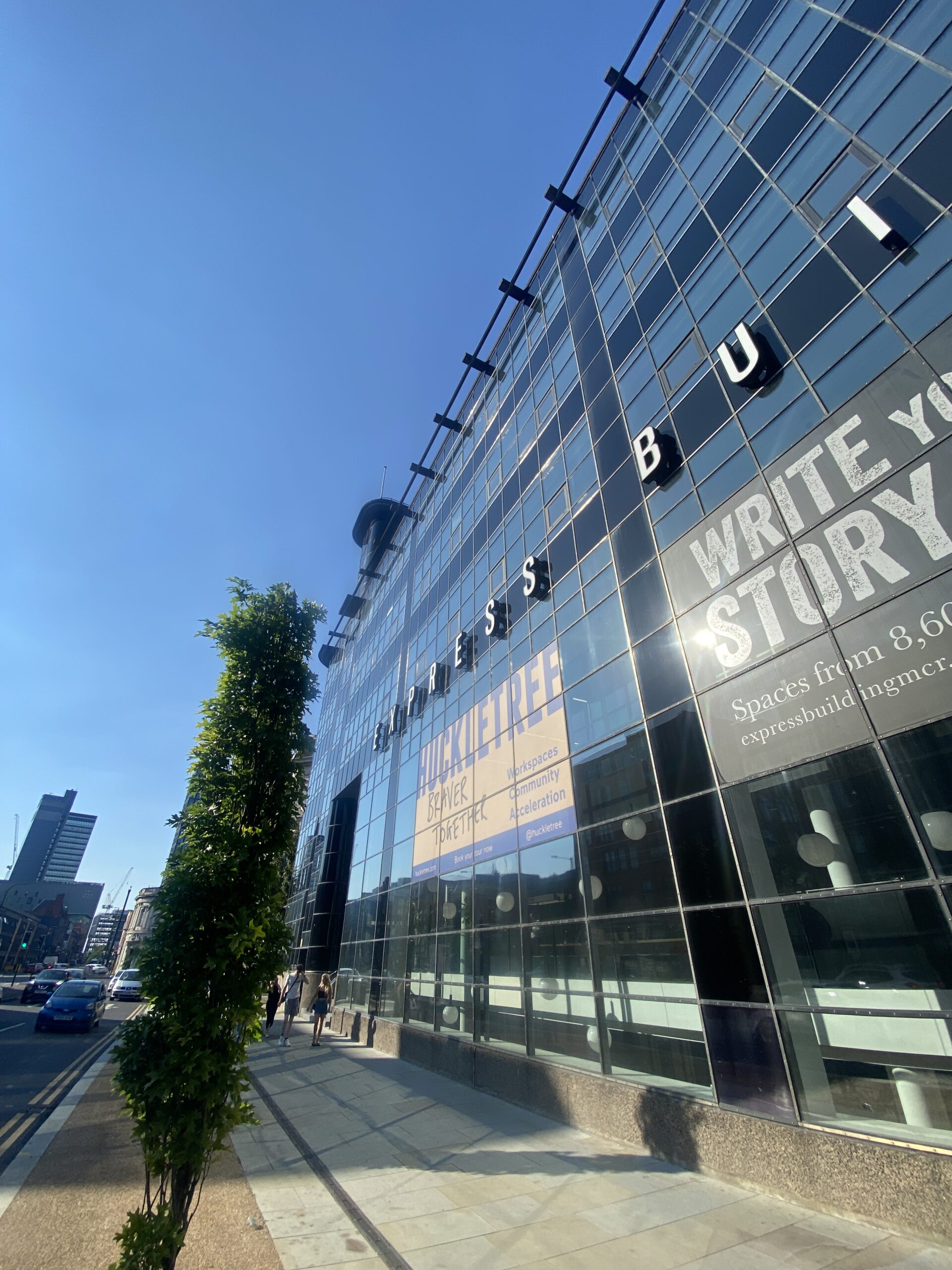 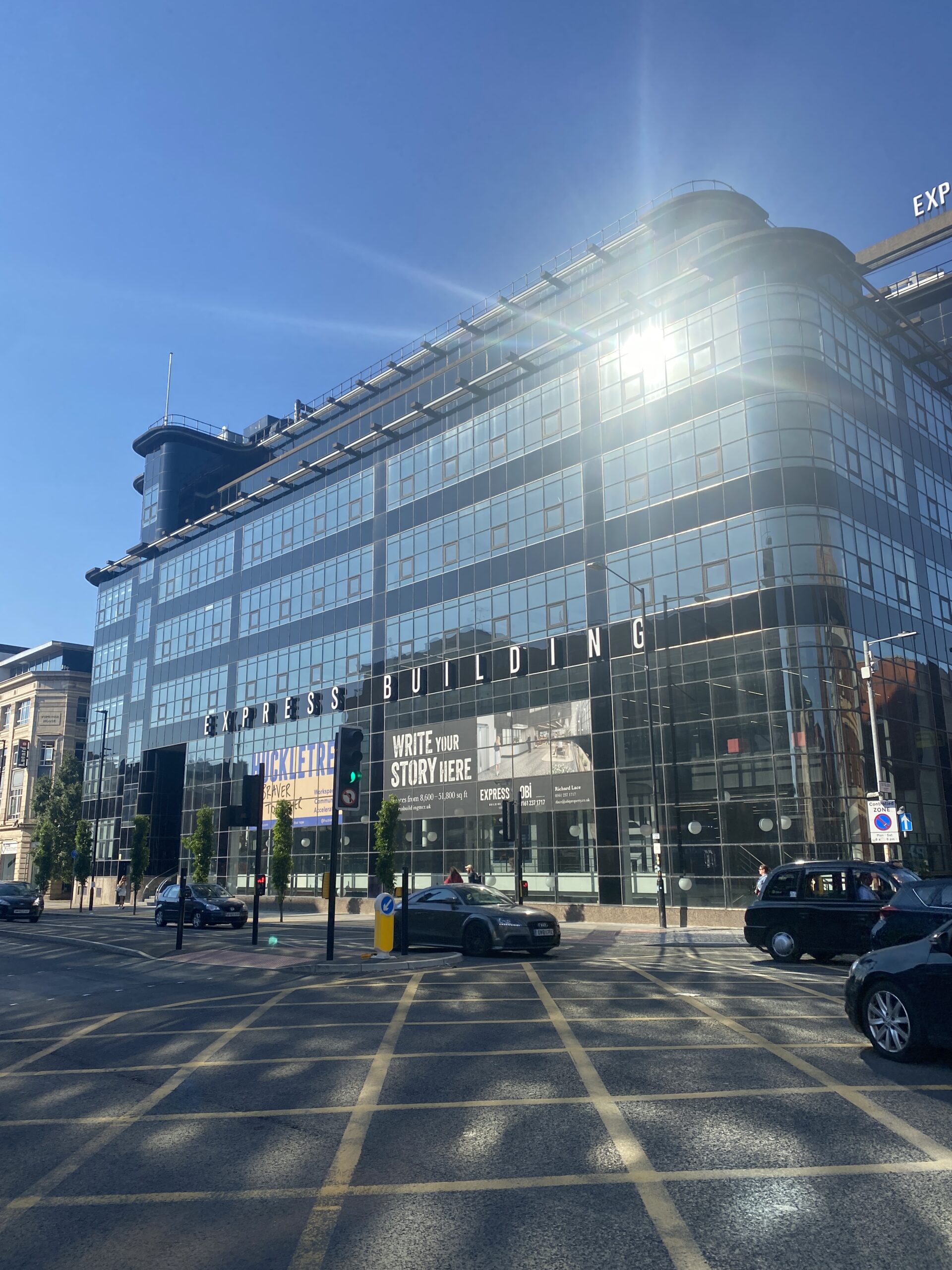 It was actually part of the main building, and once you descended the dangerously steep steps below, you were in a “murky world beneath the gutter.”

Run by a fella named Sid Garfield, he would sit on the door of the club, answering the bell of workers throughout the night – with many staying in there until at least 4am, or setting their watch with the early morning paper vans that would snake out of the loading bays at 6am.

After only 35 years of being open, the building became Grade II listed in 1974, becoming Manchester’s youngest building to do so.

However, by the late 1980s, the Daily Express had moved out of Manchester, effectively abandoning the building as a printing centre. Throughout the 90s it was extended and added to as offices and refurbished around the turn of the Millennium.

It went through more hands than a mediocre Premier League player, being sold to Washington, D.C.-based A&A Investments in 2006 for £20.5 million, and then again in 2013 and finally, again in 2017. It even had a spell as a residential building, with apartments to rent up on the upper floors.

Since then, the entire building has been given a complete overhaul, transforming it into a super-modern 77,500 sq ft office complete with events spaces, wellness facilities (in the basement where Crusader Club was), a rooftop terrace, podcast booths, meditation studios and loads more.

Such an extensive and, frankly rather impressive overhaul of the building is welcome news to everyone who appreciates this iconic building’s timeless design, a talisman that has come to symbolise the regeneration of Ancoats itself. A modern reimagining of the city’s historic streets – and the Express Building act as a shiny, timeless gateway to it all.