Building Secrets: The McDonald's that was the city's First-Ever Cinema

Maccies on Oxford Street holds an impressive past... 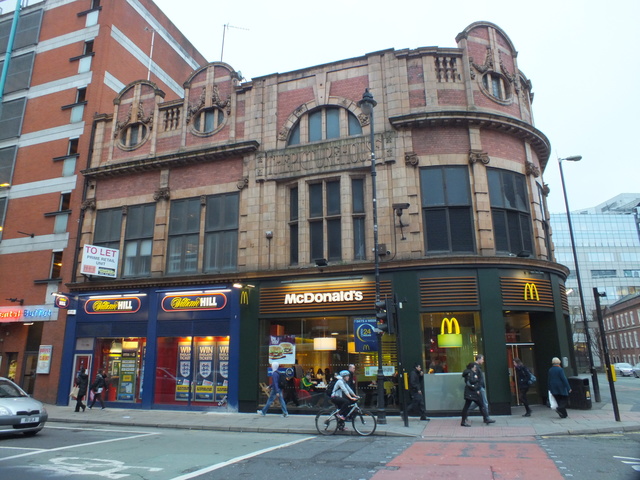 At this point in time, I’d give my left arm to be stood in the Maccies on Oxford Street at 3am on a Friday night.

Man, I’ve seen some sights in there. Stood waiting for a Big Mac, Double Cheeseburger and Cheese Dippers (the king of orders) – I’ve seen fights, snogging, heavy petting, falls, slips, singing and on one rather rowdy occasion – a mini riot.

The building itself holds a rather interesting past – one in which it was the centre of the ‘Golden Age of Cinema‘ in the city – and was even a casino for a spell, before Ronald McDonald got his hands on the place. 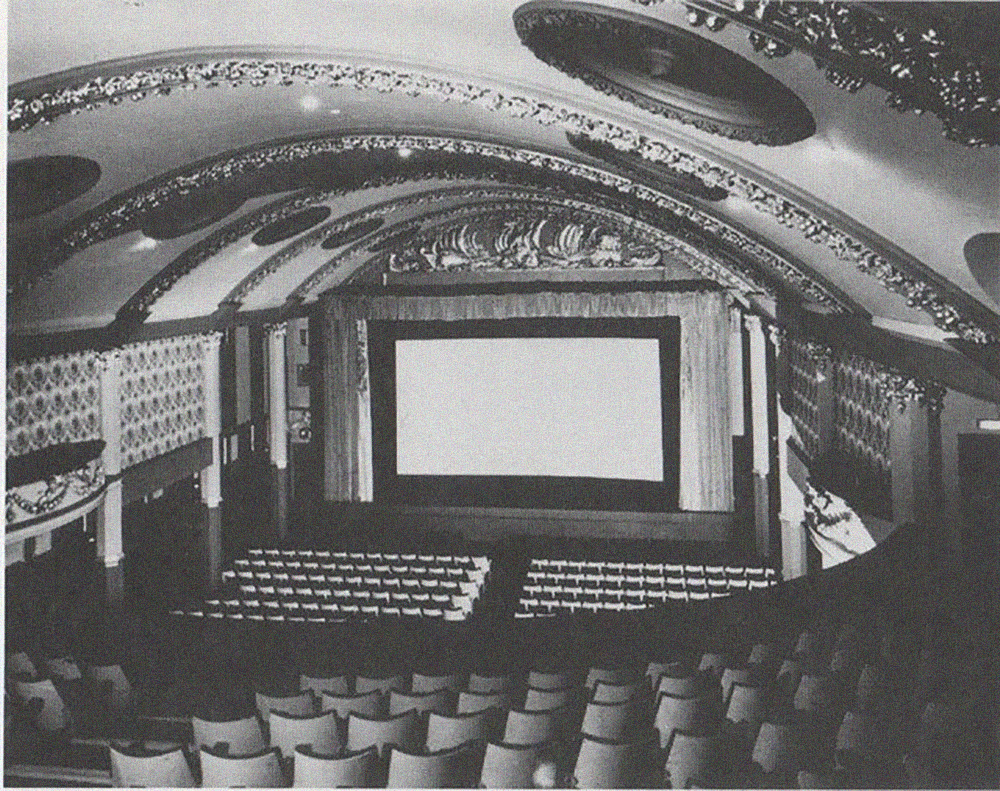 Inside The Picture House

The building itself was the first purpose-built cinema in the city centre, built of red brick with orange terracotta features, you can still see the upper façade today – with a stonework sign proclaiming ‘THE PICTURE HOUSE‘ above the bright lights of McDonalds.

Opened on 15th December 1911 with the film ‘Captain Scott’s Expedition to the South Pole‘, the picture house was very popular, and ushered in a new era of cinema to the city. Stuck right at the top of Oxford Street, it wasn’t long until many other picture houses began popping up nearby – creating a corridor of cinemas that is all but gone today.

Re-named New Oxford Cinema in the 20s, and then bought out by theatre chain Gaumont in 1929, the Picture House was the first place in the city that was completely equipped for sound – meaning they could show the brand-new ‘Talkies‘ that everyone got into a big fuss over.

Their first sound synchronised film was ‘Uncle Tom’s Cabin‘ – the story of slavery ripping apart a family in the South during the Civil War. 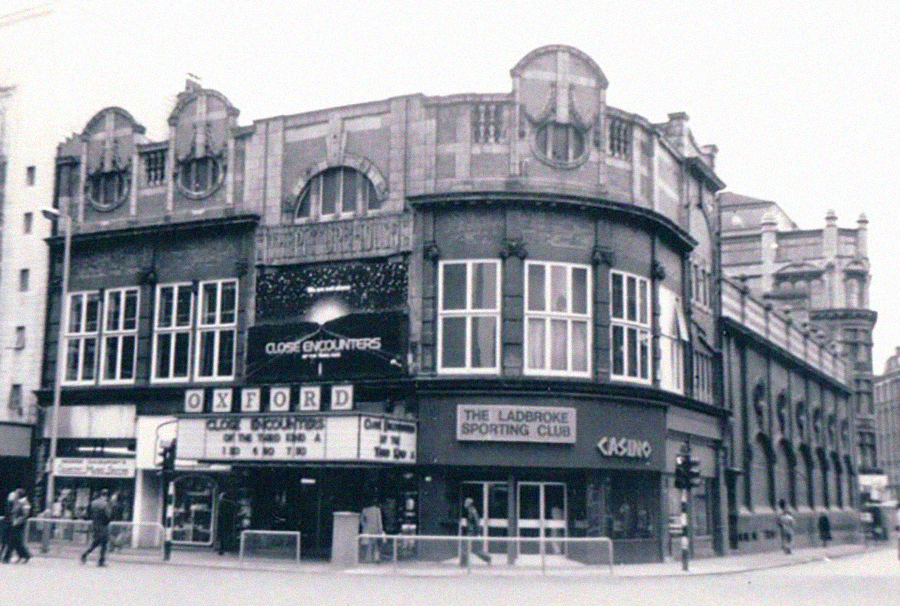 The bit with ‘Wilsons Ales’ was the Gaumont and then Rotters

By the 50’s the Picture House was equipped to screen CinemaScope films and also became the home of 20th Century Fox films in the city centre. This meant that if you wanted to watch the biggest and best new blockbusters – like Ben Hur – this was the place to go.

As time went on, more cinemas arrived, including the huge new Gaumont right next door (which later became Rotters night club), the Paramount – later the Odeon just a little further up, and the Grosvenor Picture House much further down which is now The Footage pub.

In such a saturated street, the Picture House started to struggle, and ultimately closed its doors on 25th October 1980 with the David Carradine film ‘The Long Riders’, which is actually a surprisingly good western that’s worth a watch if you see it on Netflix.

By this point in time the Cornerhouse cinema had turned up just down the road, alongside a bunch of pornography cinemas, one of which was famously above the Revolution bar on Oxford Road and didn’t close down until 2004. 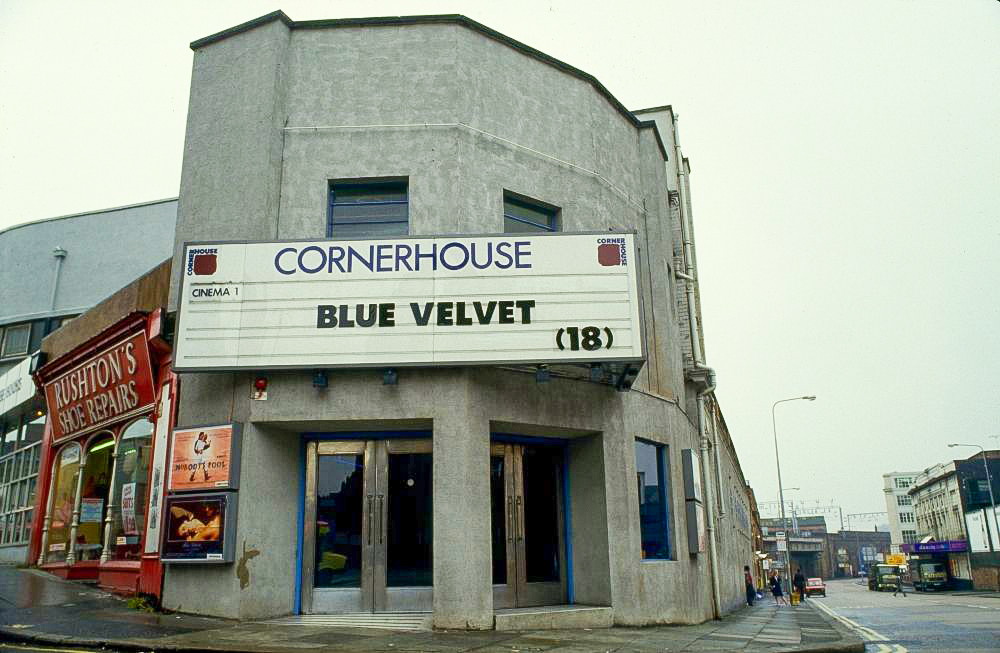 The Cornerhouse turned up in the mid 80s 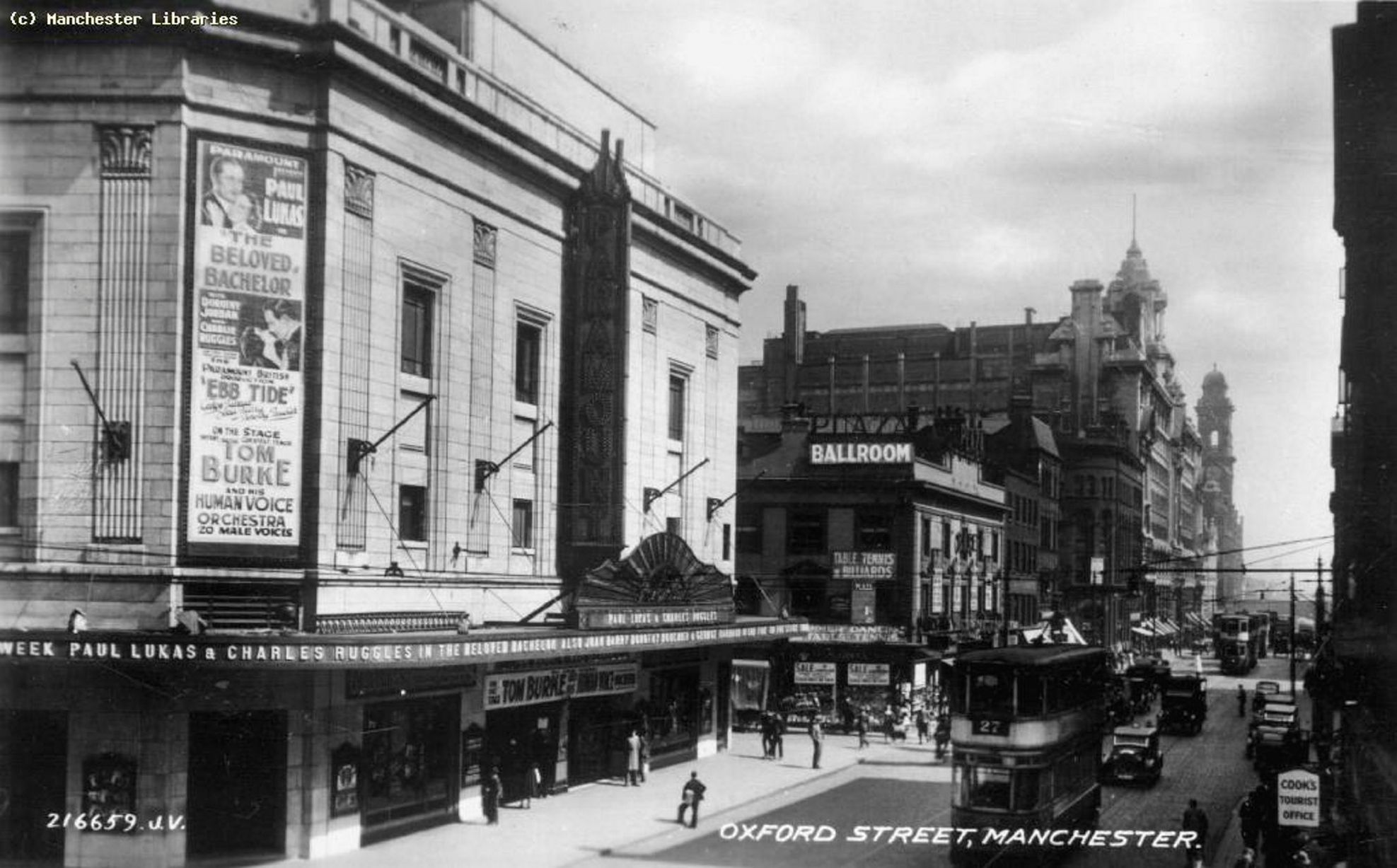 The Paramount later the Odeon

The Picture House was converted into a swanky casino by Ladbrokes Sporting Club, before turning into a McDonald’s a few years later. The original barrel-vaulted ceiling still remains and acts as a training centre for the Maccies staff.

So next time you’re enjoying a Big Mac in there, think back to when people were flocking from all over to watch a new flick, with real sound – and if my limited history has taughtl me anything – proper shitting themselves at that bit when the train comes towards the screen.

Or don’t. Just enjoy your burger.