Building Secrets: The Most Expensive Roofs in Manchester

Is it the zinc roof of Factory HQ? The Town Hall? Nope, neither of those... 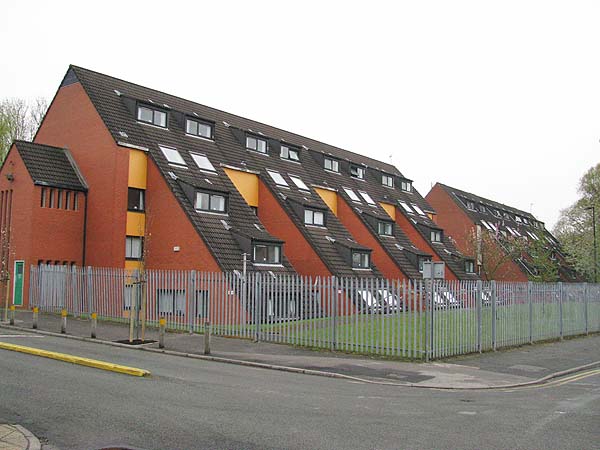 So then. Roofs. Not usually the most interesting of topics, unless of course you’re one of them fellas who fixes leaks and does a bit of guttering, in which case – you’re going to bloody love this.

The most expensive roof in Manchester then. Yeah, it’s not the infamous Zinc roof on the HQ of Factory Records on Princess Street, it is in fact plonked on top of a rather innocuous Halls of Residence on Oxford Road. Kind of.

Don’t come round my house and give me a clip around the ear for lying – the roofs of Whitworth Park aren’t ACTUALLY the most expensive in the city, but there’s a very good story about how they came about and who actually paid for them. 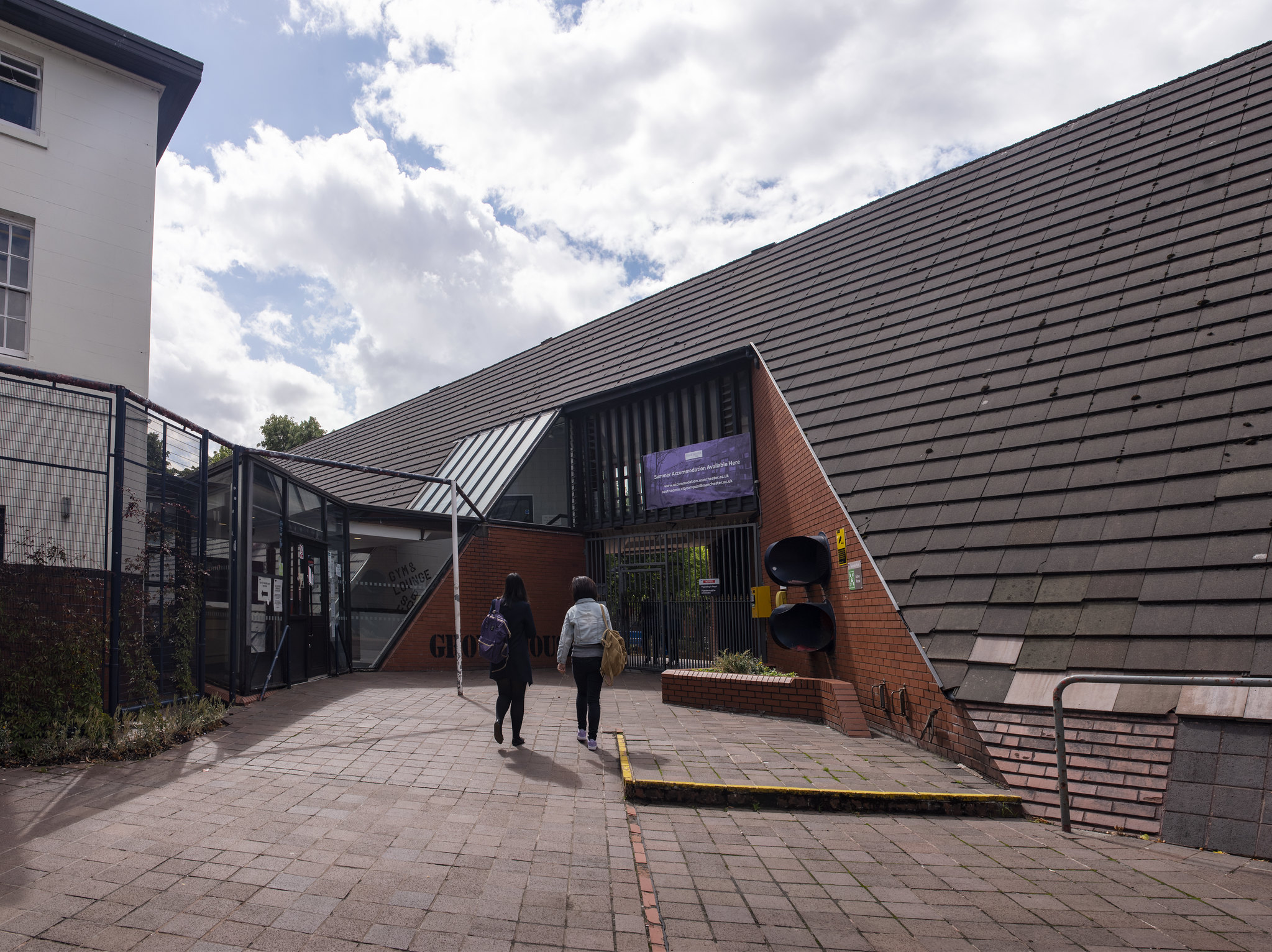 But I’ll get onto that. First I’d like to express my utmost respect and admiration for the Whitworth Park Halls of Residence, they’re actually probably the very best student halls in the entire city – and let me explain why.

First of all is their location – equidistant between the city centre and Fallowfield, and perfectly placed right next to Manchester Academy for your gigs and Contact Theatre for your, erm, theatre. 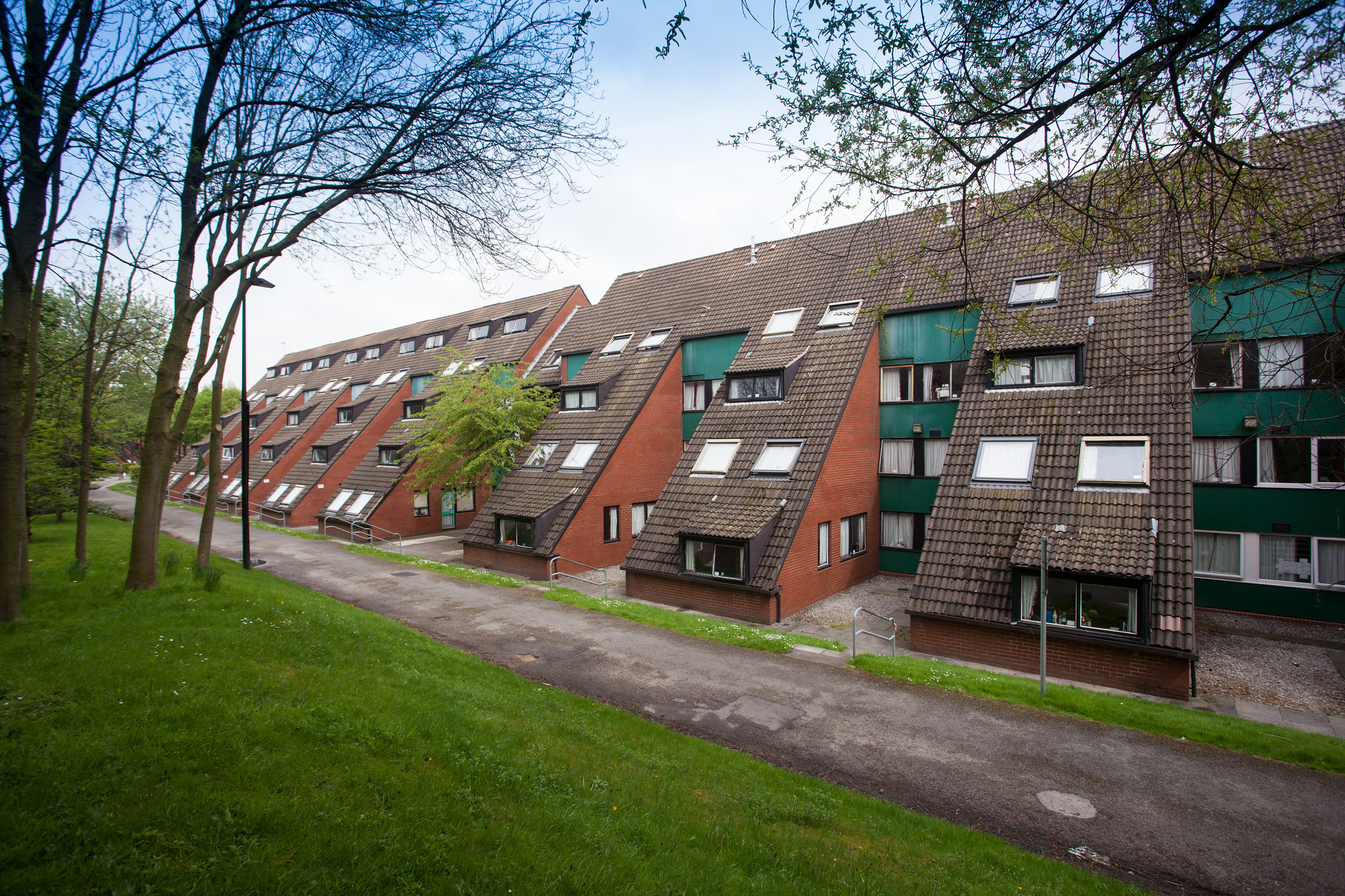 The Curry Mile is on your doorstep, and if you manage to do yourself a mischief and break a leg or arm, the hospital is literally just across the road for your convenience.

The halls were actually built in the mid-1970s, replacing a series of small streets where you’d often find students living, including the German philosopher and co-creator of Marxism Friedrich Engels, who lived there for a spell and who is commemorated by a blue plaque on the halls today. 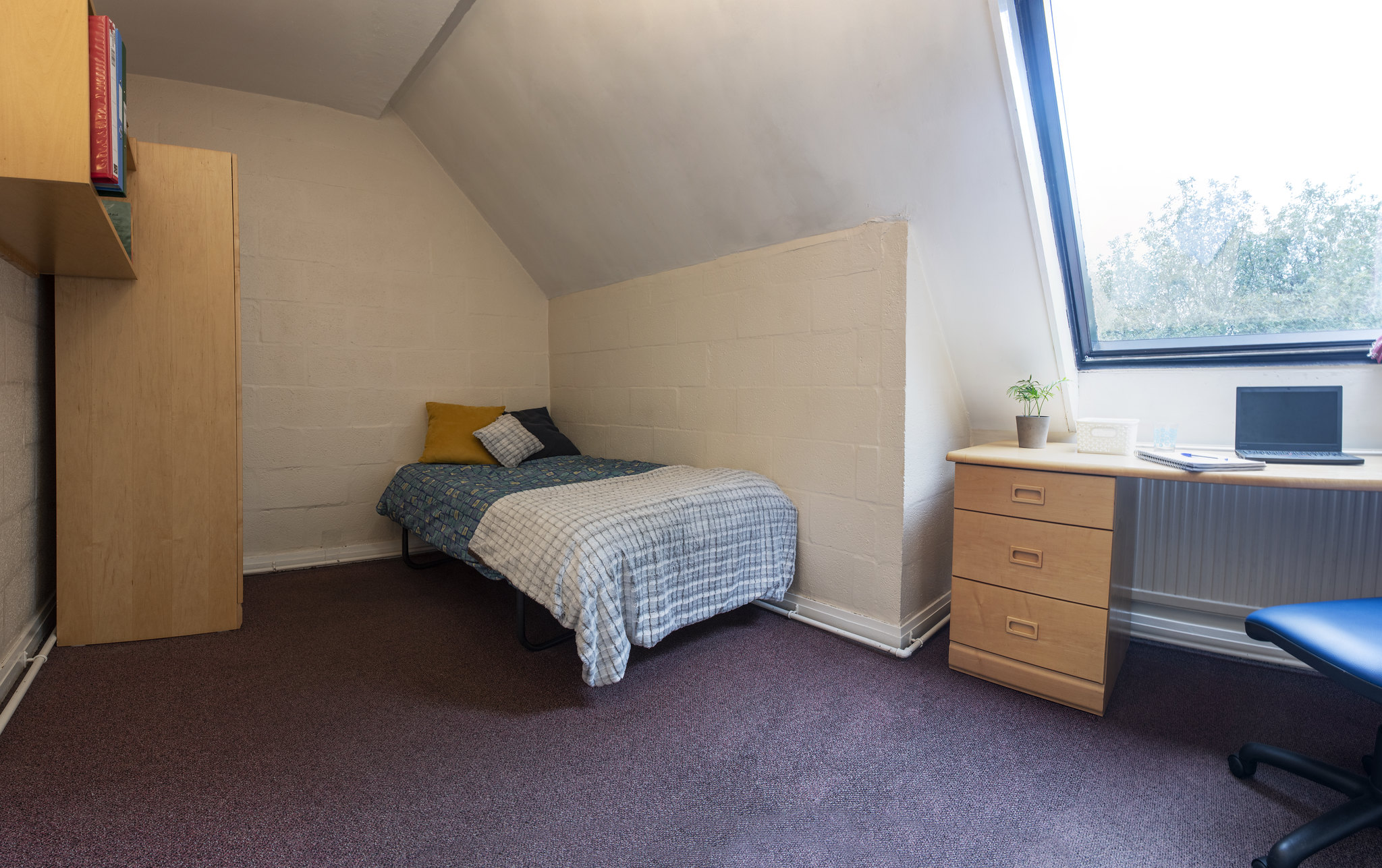 But what about their strange pyramid-style design? And these so-called expensive roofs? Let me get on with it.

The design of the buildings are said to have been inspired by a hill created from excavated soil which had been left in 1962 from an archaeological dig led by Time Team regular John Gater. I personally think that this is a load of absolute rubbish though – why would a mound of dirt look like a pyramid?! 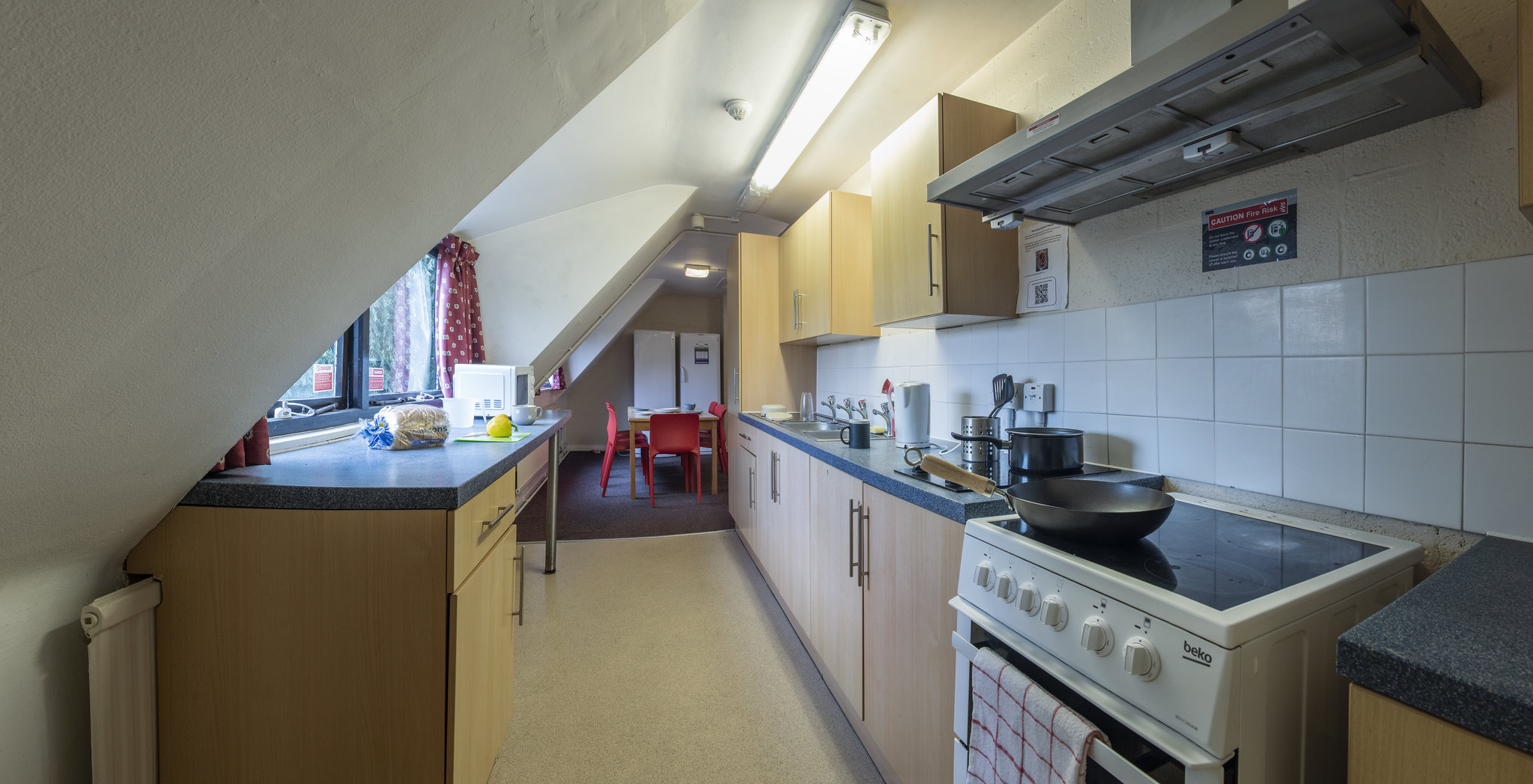 Instead, here’s the real reason they look like they do…

At the time, Manchester City Council decided to strike a deal with Manchester University wherein the council would stump up the cost for all the roofs of student residential buildings. An idea that they probably thought wouldn’t cost them much whilst also help to kickstart increased construction in the area.

As a result, the current iconic design was created, saving the University thousands of pounds on the project, simply by making the roofs of Whitworth Hall extend all the way to the ground and relegate the need for walls on 80% of the structure. Very clever indeed. 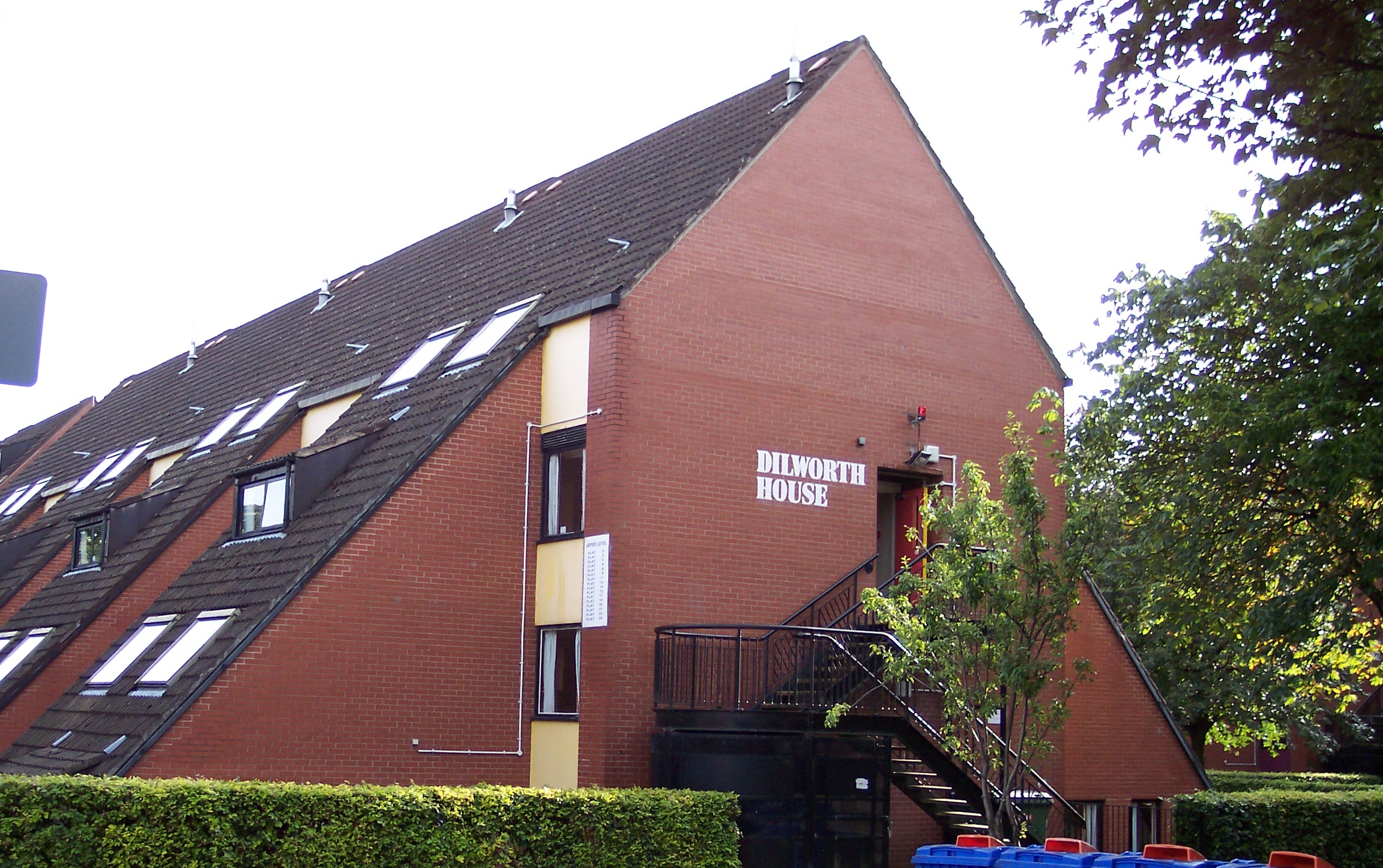 So there you go – the reason why Whitworth Park looks like a bunch of stupid pyramids is to save a load of cash.

Also, just as a side note, with this slanted roof design, if you’re a tall person, 6ft or over – don’t choose these halls to live in when at university – you’re just going to bang your head every time you stand up.