Where To Celebrate The Lunar New Year in Manchester

The Lunar New Year is nearly upon us, and even though the celebrations will be on a much smaller scale this year, with no Dragon Parade or Firework Finale, there’s still a long list of celebrations planned to mark the occasions.

Chinese New Year – also known as the Lunar New Year or the Spring Festival – will fall on Tuesday 1st February this year, starting the Year of the Tiger. 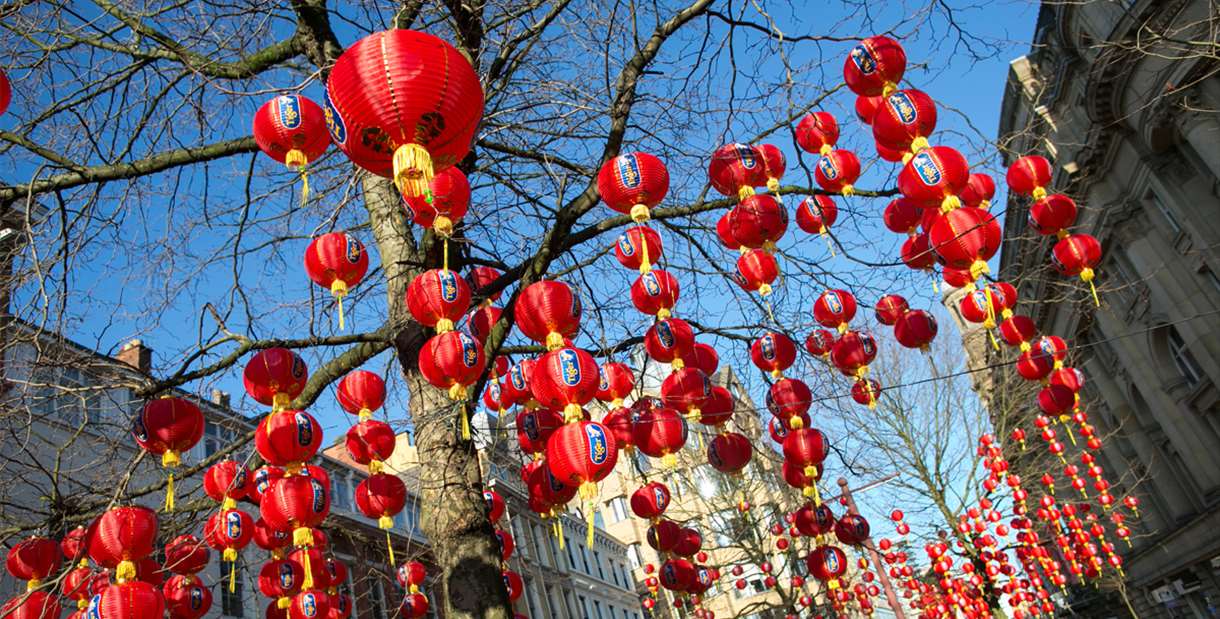 The New Year Tiger Sculpture at St Ann’s Square
From Tuesday 1st February
While the annual parade won’t be going ahead this year, there will be the grand unveiling of a huge tiger art sculpture at St Ann’s Square on February 1st. Created by Decordia Events and brought to you by Manchester BID, this show-stopping sculpture towers over passersby. It has been cleverly constructed so that it appears as delicate as a children’s toy. Yet this tiger, made from wood and recycled materials, is every bit as powerful as those found in the wild. Beautiful by day, lit by night, this unmissable spectacle is worthy of ushering in the Year of the Tiger. 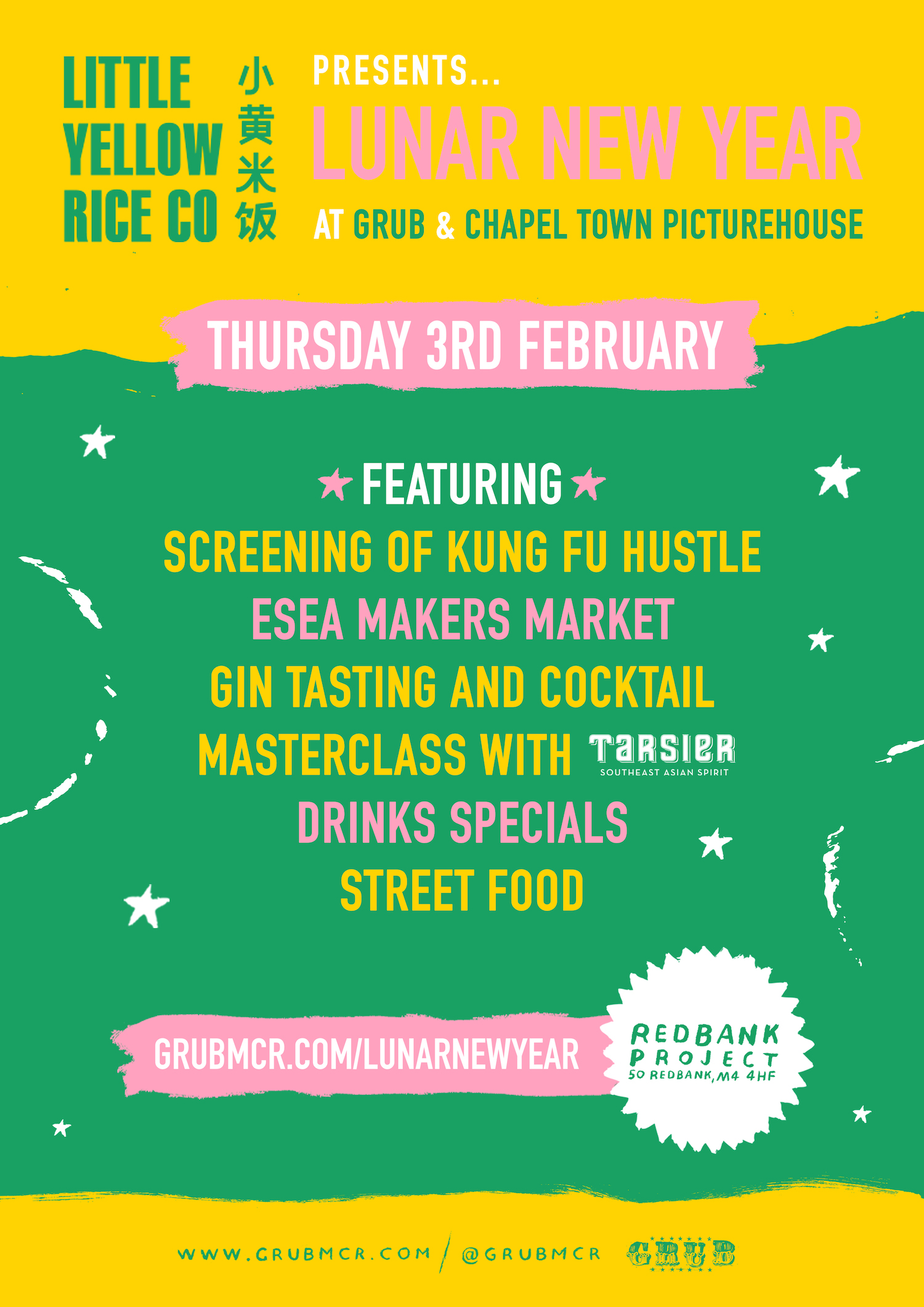 Little Yellow Rice & Chapeltown Picture House at GRUB
Thursday 3rd February
Down at GRUB on Thursday 3rd Feb, Little Yellow Rice Co. and Chapel Town Picturehouse are celebrating the Lunar New Year with street food and drink specials from 4pm, as well as a mini Makers Market with prints, jewellery, clothes, accessories and homewares from local independent ESEA makers. Later in the evening there’s a Gin Masterclass with Tarsier Southeast Asian Spirit and a screening of the fantastic ‘Kung Fu Hustle’ by the Chapeltown Picture House. 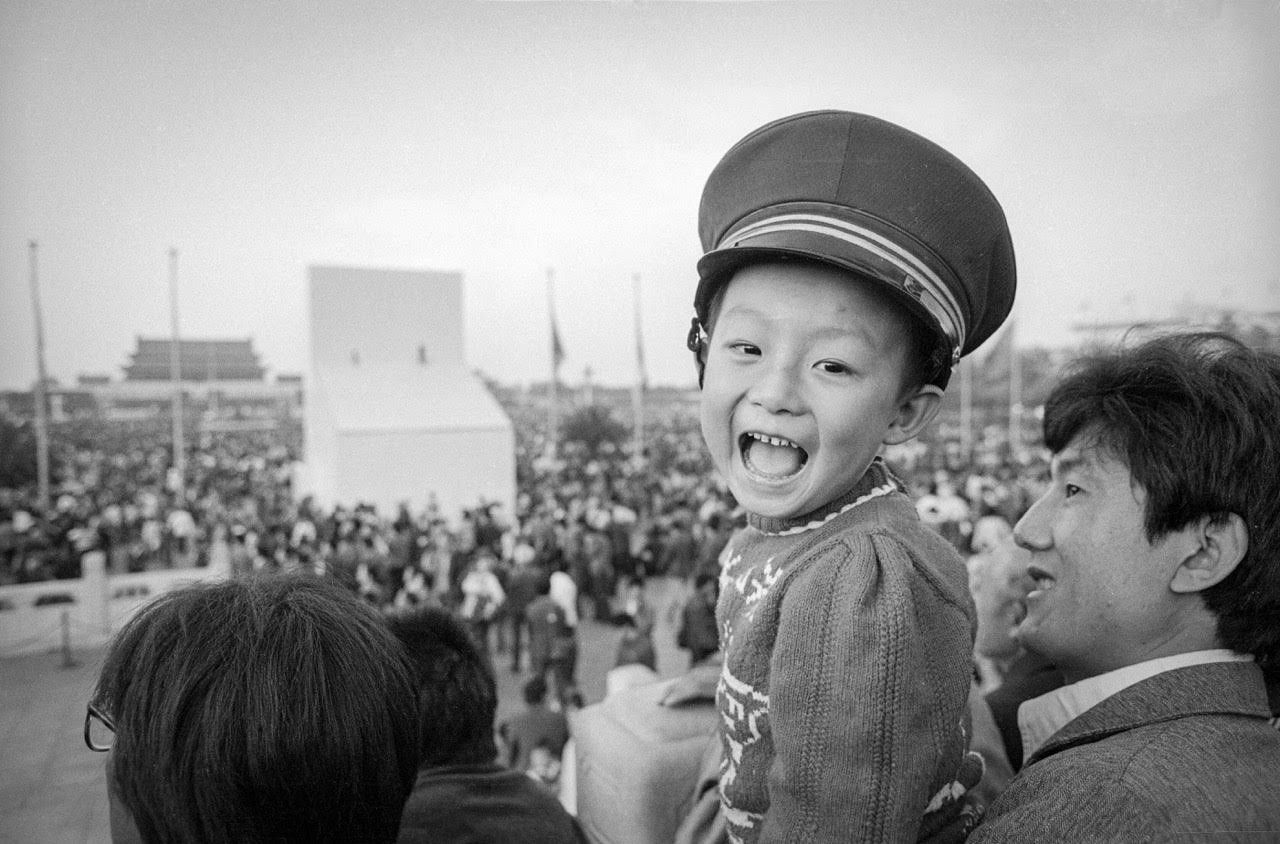 ‘The Door Opened: 1980’s China’ at Central Library
From Wednesday 26th January
Brought to the Central Library by the Confucius Institute at The University of Manchester, ‘The Door Opened: 1980’s China’ is a vivid record of a pivotal period in modern history that deserves greater understanding. British photojournalist Adrian Bradshaw came as a student to Beijing in 1984 just as everyday life was in flux. Caught up in the ferment of the time he went on to spend three decades documenting the transformation of China as the vast nation changed and opened up to the world. 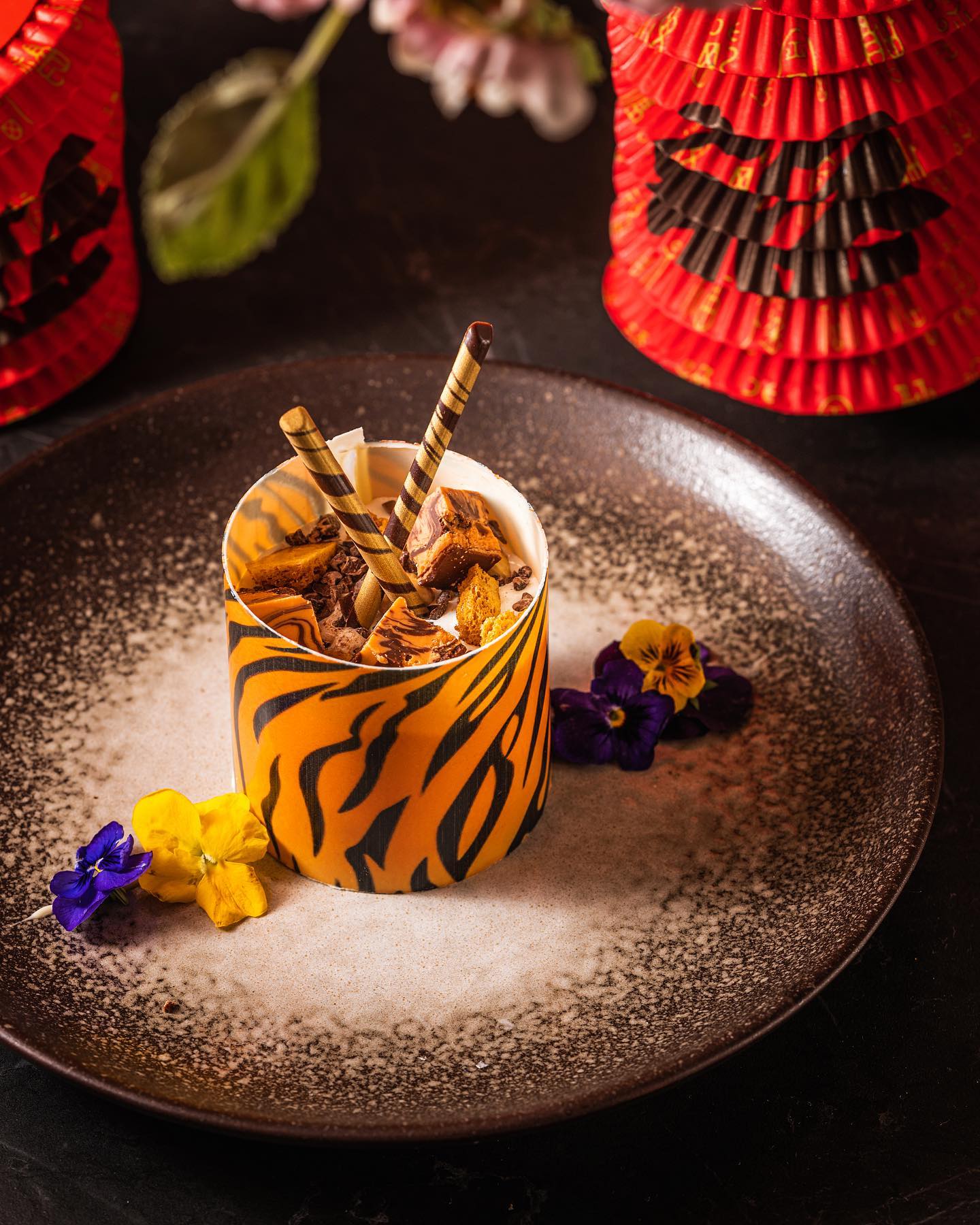 A New Menu, ‘Year of the Tiger’ Dessert & ‘Little Red Envelope’ Cocktail at Tattu
Coinciding with the celebrations of the Year of the Tiger, Tattu on Spinningfields will be launching a BRAND NEW MENU, alongside a new dessert called ‘The Year of the Tiger’. They’re also launching a new cocktail which comes with a little red envelope. Most of the envelopes will contain traditional Chinese new year proverbs but there are 4 prizes to be won, including a £25 voucher, £50 voucher, a Celestial Dragon sharing cocktail and the grand prize: Priority access to Tattu London’s soft launch, 50% off all food and drink during 4 days, including complimentary welcome cocktail for 2 people. 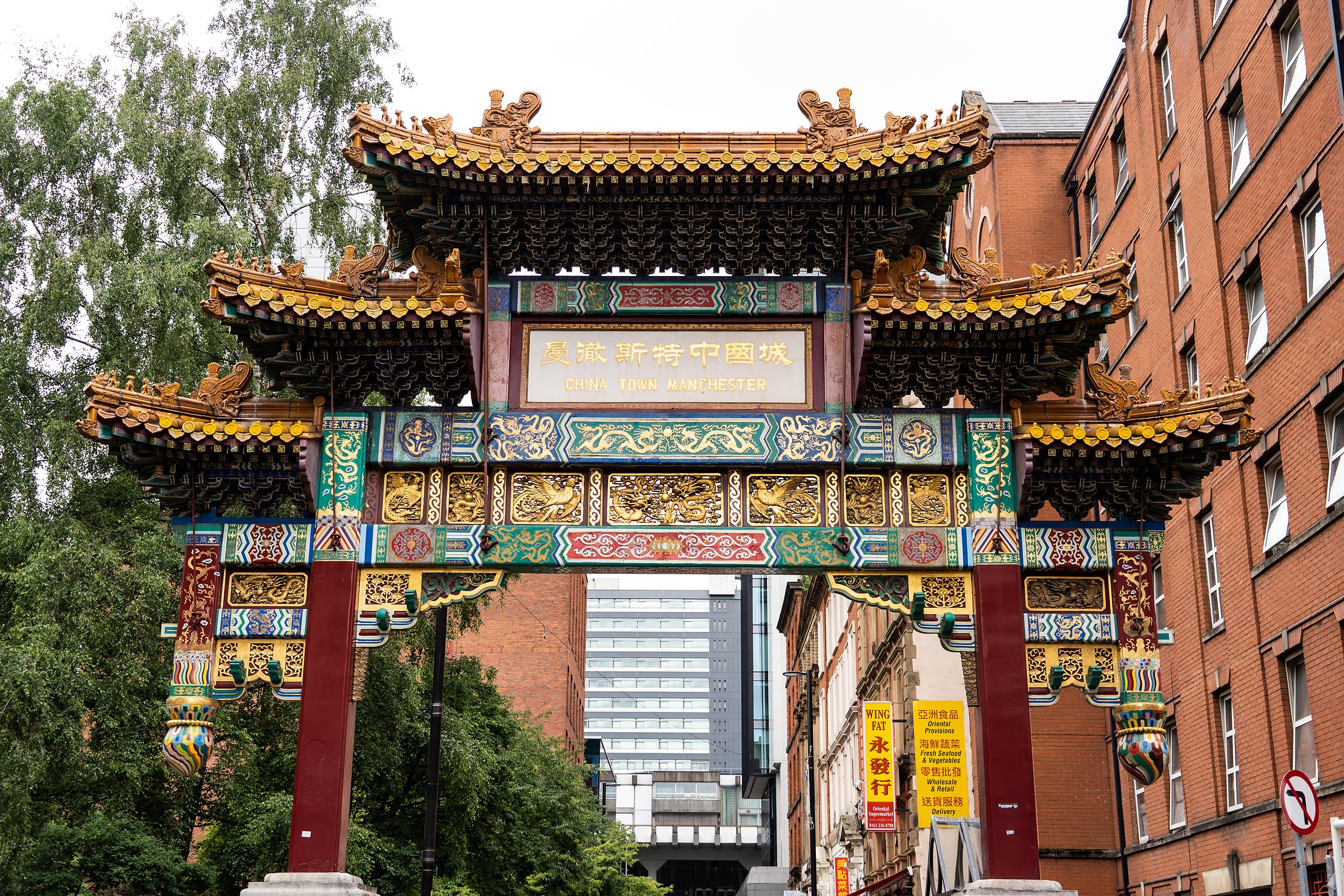 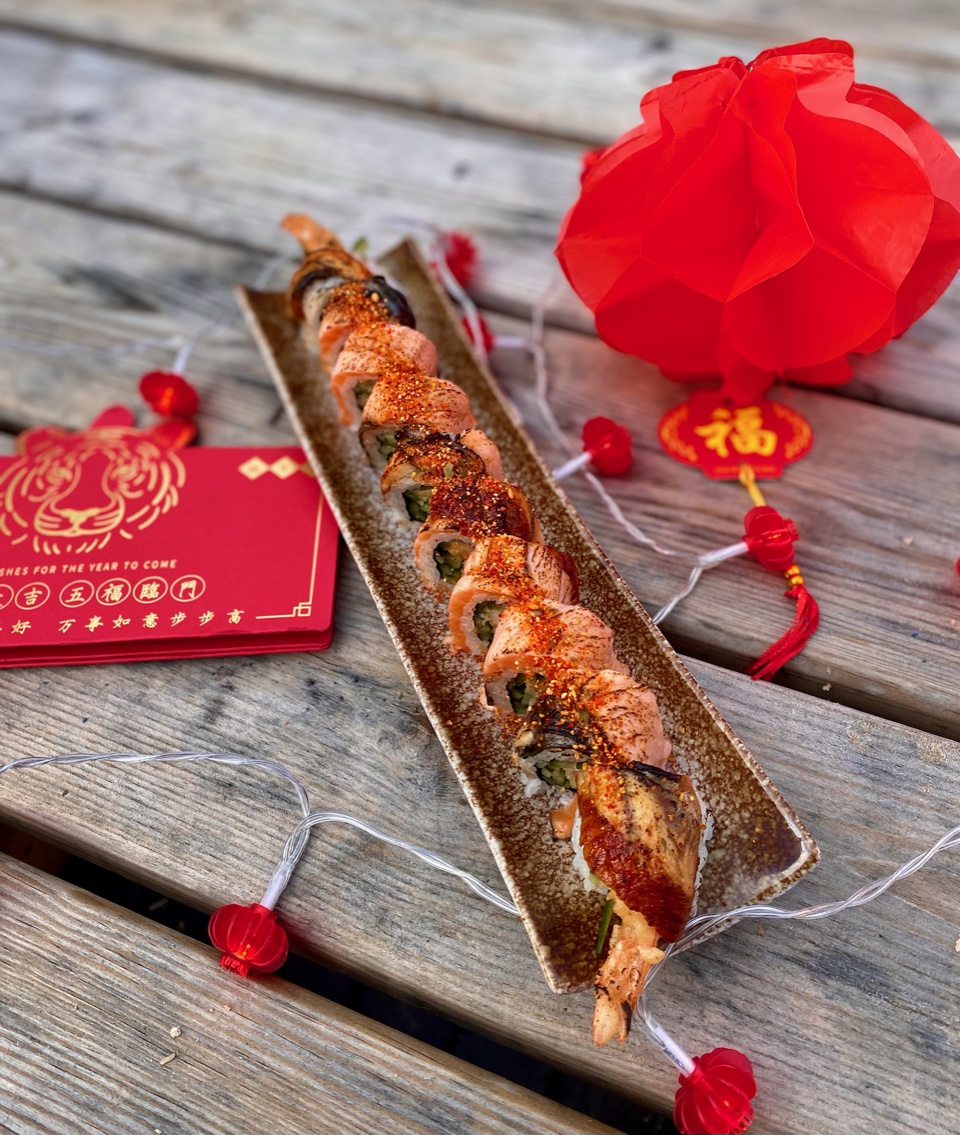 Karaoke, Sushi Specials & Red Envelopes at UNAGI
Available for delivery and dine-in at the Wilmslow restaurant, UNAGI will be creating a Tiger Roll Sushi special from Monday 31st January, made with breaded prawn, cucumber, seared salmon, seared eel, teriyaki, spicy mayo & togarashi. They’re also offering a Red Envelope competition, with three envelopes handed out with takeaways ordered between 31st Jan – 11th Feb, each one featuring an invitation for one lucky customer & guest to visit the Wilmslow sushi bar and have Head Chef Ralph roll for them with complimentary food & drinks included. Finally, visit UNAGI’s food truck in Altrincham and enjoy their heated karaoke huts with food and drinks delivery to your table. 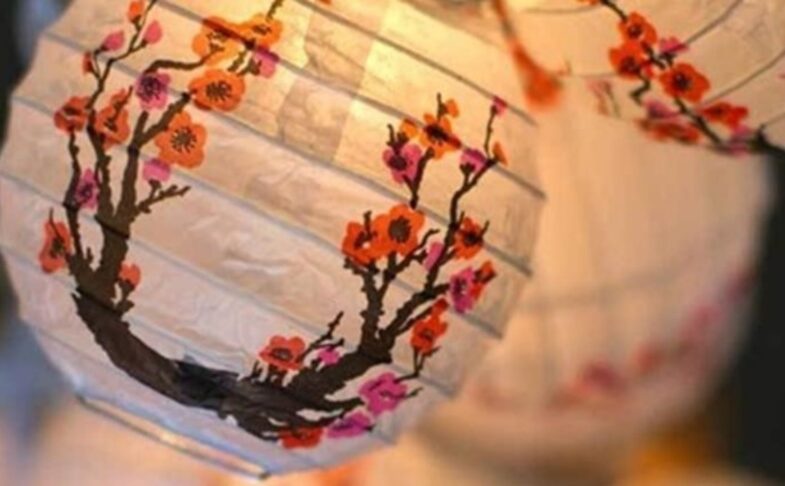 Chinese Lantern Watercolour Painting at Ordsall Hall
Sunday 30th January
Welcoming in the Year of the Tiger, Ordsall Hall are hosting this relaxing watercolour lantern making and decorating workshop that’s perfect for the whole family. Head down and enjoy session in the beautiful 15th century Hall and take away a lovely paper lantern just in time for the 1st February. Learn Mandarin for FREE
As part of International Mother Language Day, The Confucius Institute at The University of Manchester is hosting free, online Mandarin taster sessions where you can learn essential words and phrases, such as how to greet someone and count in Mandarin Chinese. There are two upcoming sessions available; Friday 19th & Monday 22nd February. 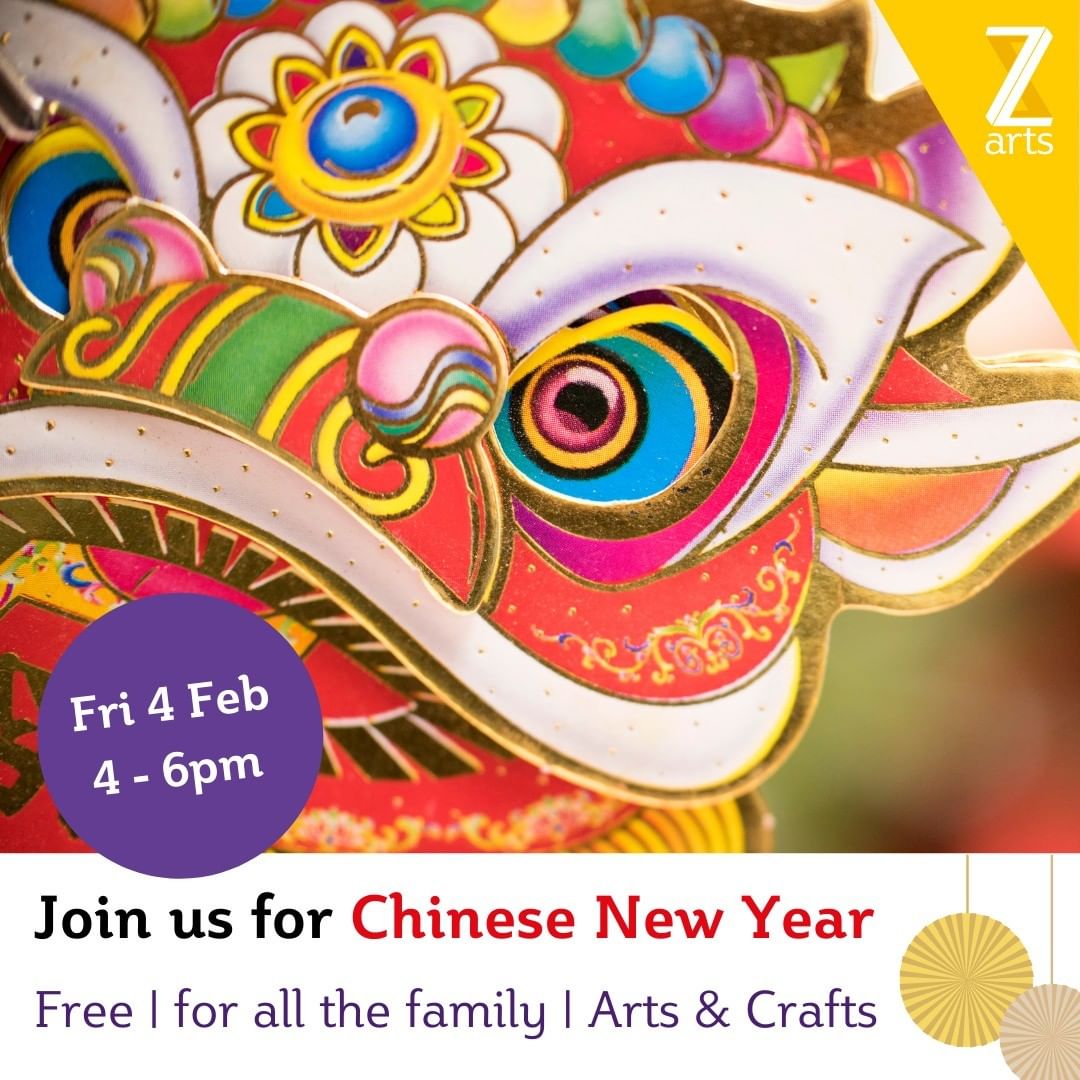 Chinese New Year at Z-Arts
Friday 4th February
The Hulme arts centre will be offering up a day of creative family arts and crafts on Friday 4th to celebrate The Year of the Tiger. It’ll be fun for the little ones, and they can get super creative in making some Chinese tigers and dragons. 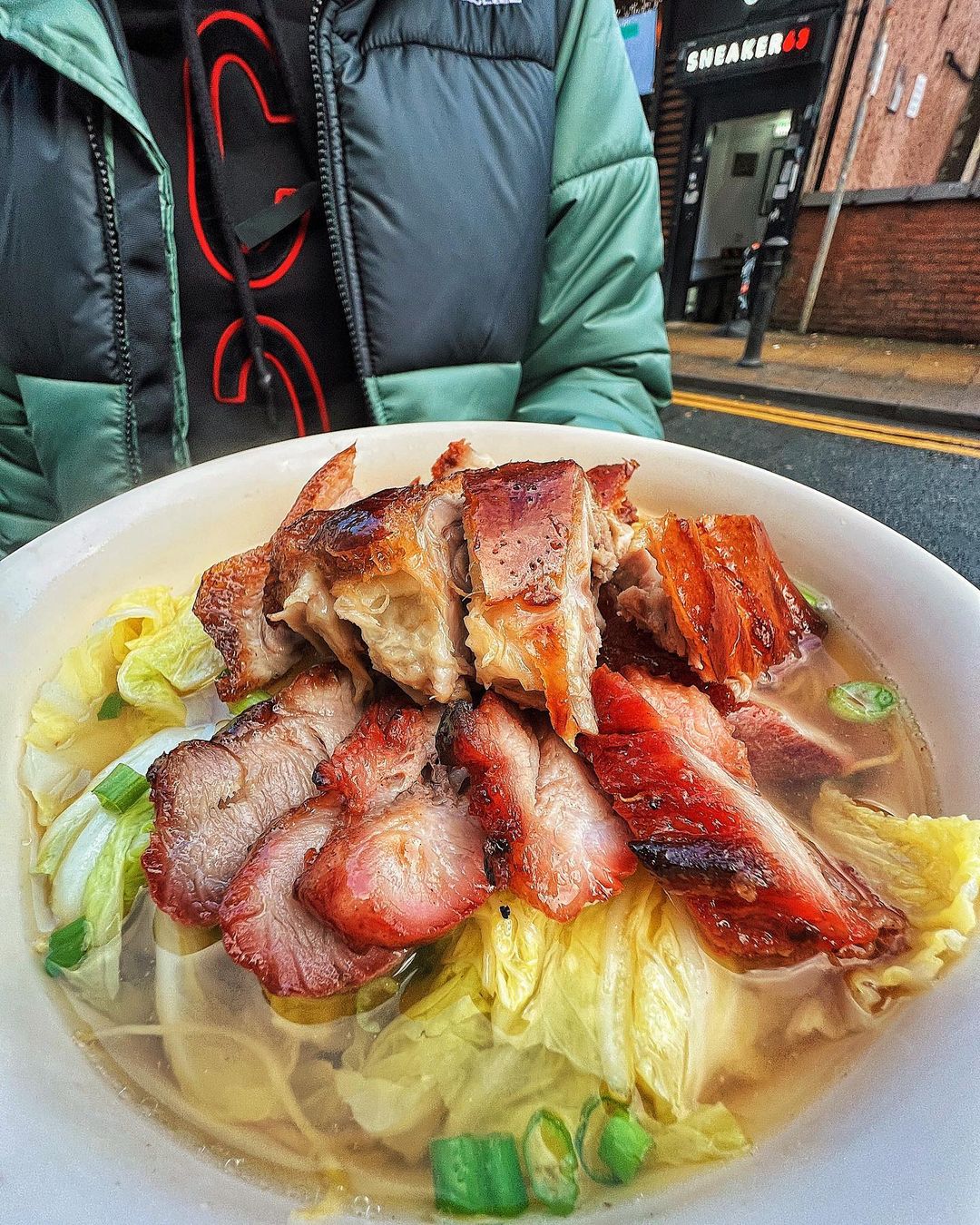 Head to your favourite Chinese Restaurant
We’re spoilt for choice here in Manchester when it comes to Chinese restaurants, with some seriously impressive offerings for any budget. There’s contemporary Chinese cuisine over at Tattu on Spinningfields, there’s Hot Pot & BBQ at One Plus off Oxford Road, plus the always dependable Yang Sing in Chinatown. Over in Ancoats there’s Blue Eyed Panda, Sweet Mandarin in the NQ, and down in Altrincham there’s WowYauChow who do bottomless food and booze throughout the week. Then, of course, there’s Happy Seasons – one of the very best Chinese restaurants in the city, and where you’ll probably find us at some point around New Year. 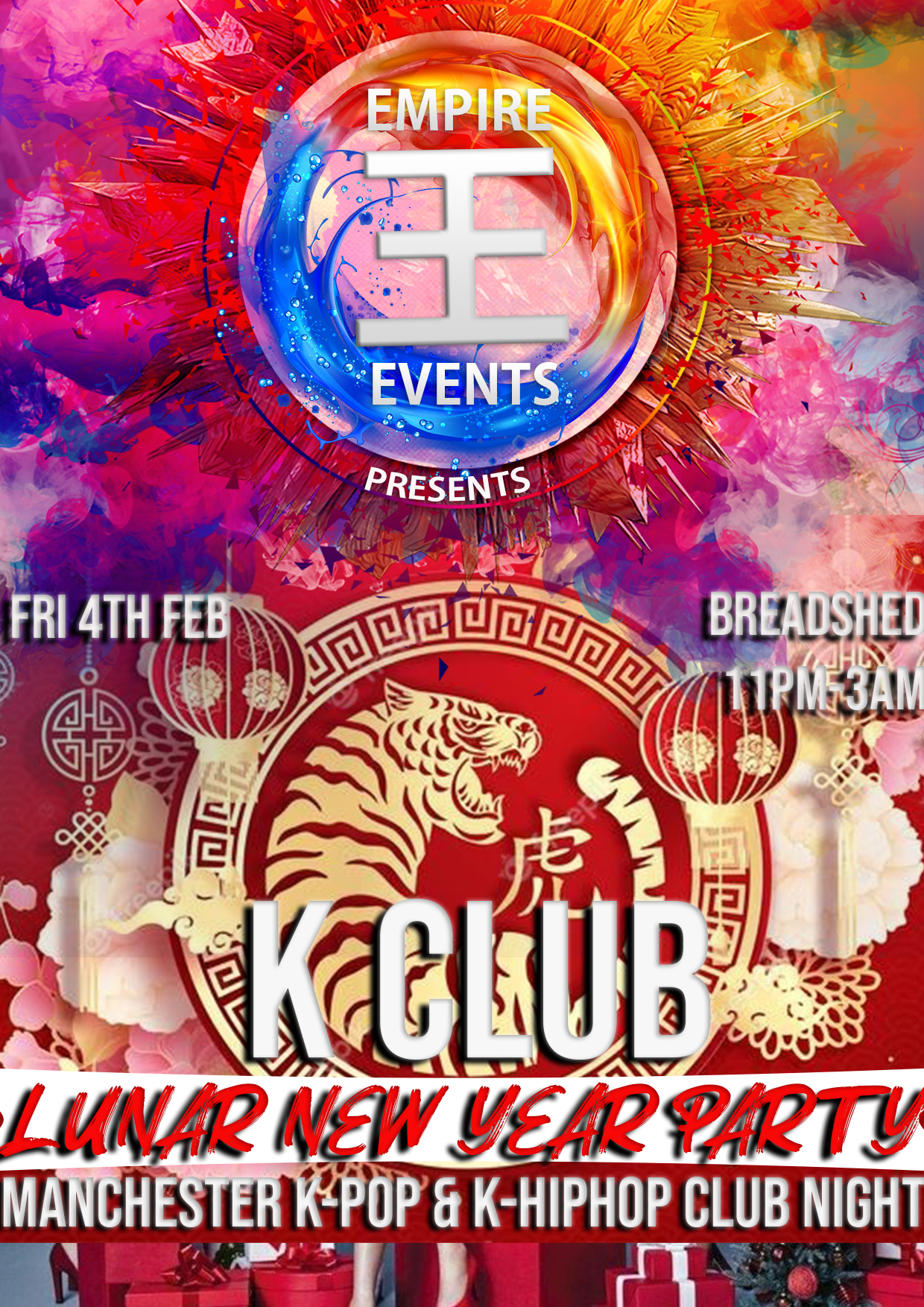 K-CLUB Lunar New Year Party at Bread Shed
Friday 4th February
Bringing together international students of all backgrounds under one roof, this event will be Manchester’s Ultimate Lunar New Year Event, and a complete appreciation of Asian cultures. Expect plenty of K-Pop and K-HipHop throughout the night. 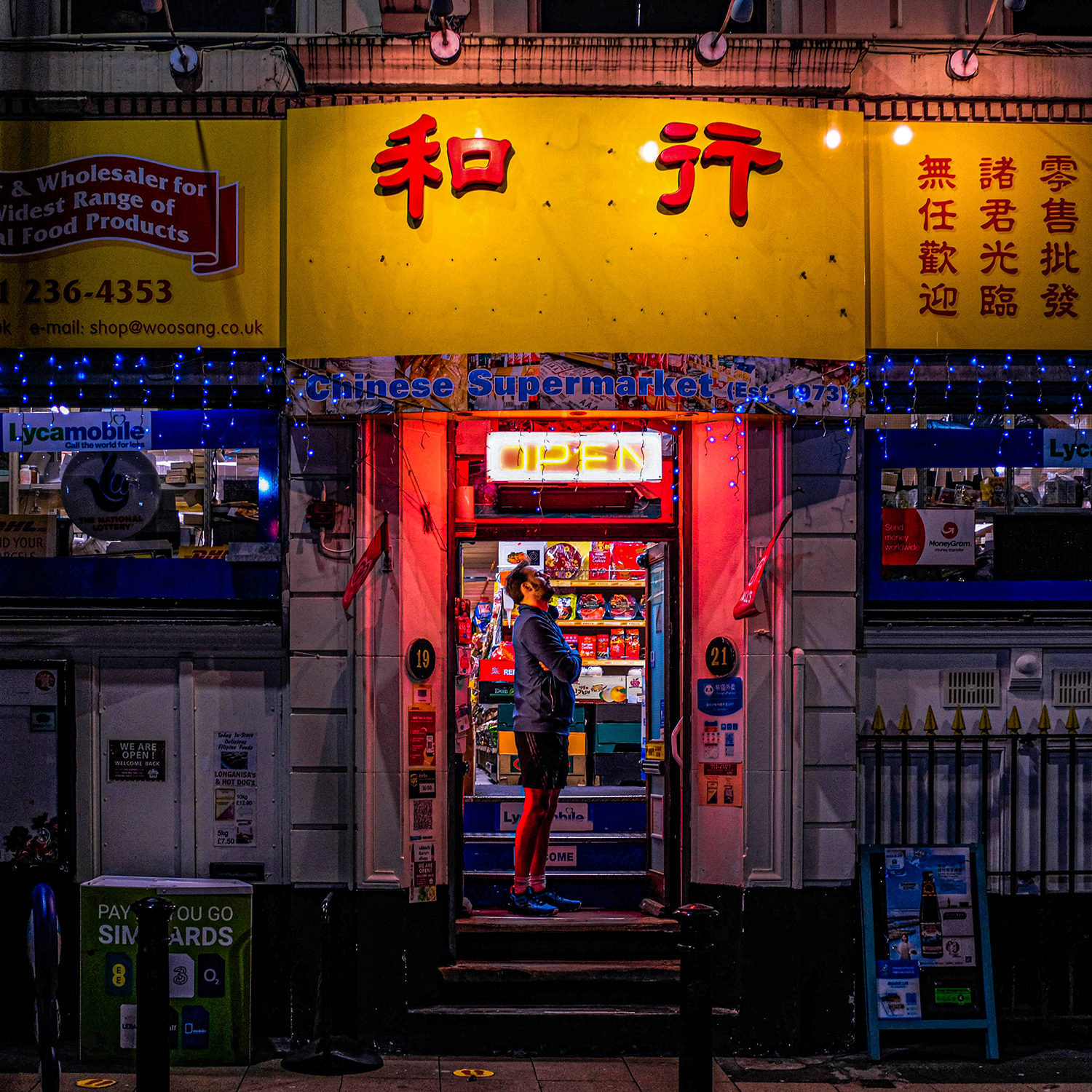 Explore Chinatown
An often overlooked end of Manchester, the city’s Chinatown is the second largest in the UK, and contains not just Chinese but Japanese, Korean, Vietnamese, Malaysian, Singaporean and Thai eateries, plus some great bakeries, supermarkets, shops, and the odd traditional British boozer. Get yourself out this Chinese New Year and explore everything the area has to offer…

The Manchester’s Finest Guide to: Chinatown 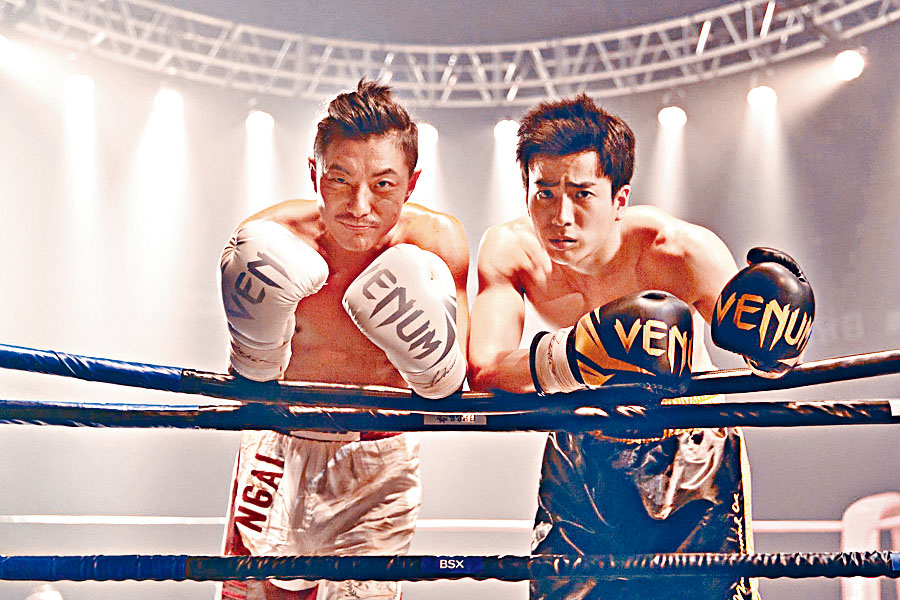 Chinese Film Forum Movie Screenings at HOME
Thursday 3rd February
The Chinese Film Forum UK is a network based in Manchester that exists for the research and promotion of transnational Chinese film. This year they’ll be screening ‘One Second Champion’ at HOME, Chiu Sin-hang’s take on the boxing genre with a refreshing dash of fantasy in this thrilling solo directorial effort. 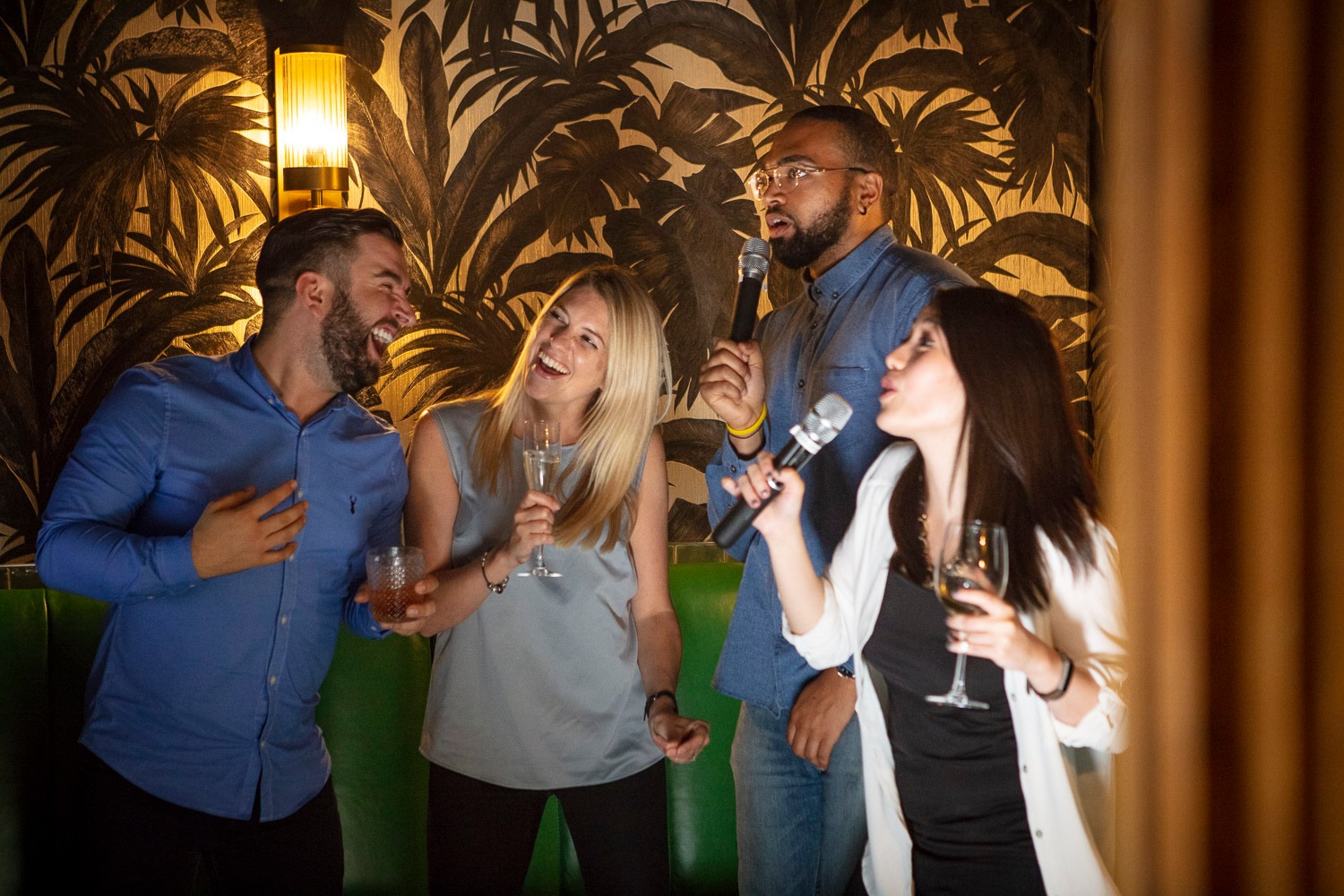 Do some Karaoke!
There’s nothing better than heading to a Chinese karaoke place after a big messy night out, and so there’s also no excuse for NOT going to one this Chinese New Year. There’s the excellent K2 in the heart of Chinatown, alongside Vina and Orchid Lounge on Portland Street. If you can get into any of these – sing away and make sure you do some Bon Jovi! 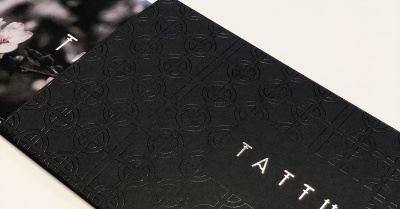 Support your local independent business with a gift voucher! 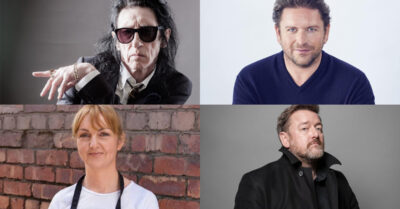 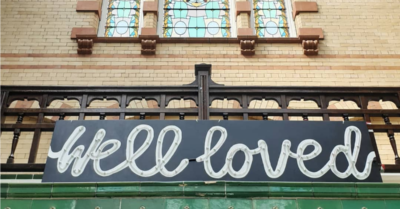