How many black female scientists do you know? If the answer is none, allow us to introduce you to the brilliant Elsa Zekeng who has made Manchester her home. 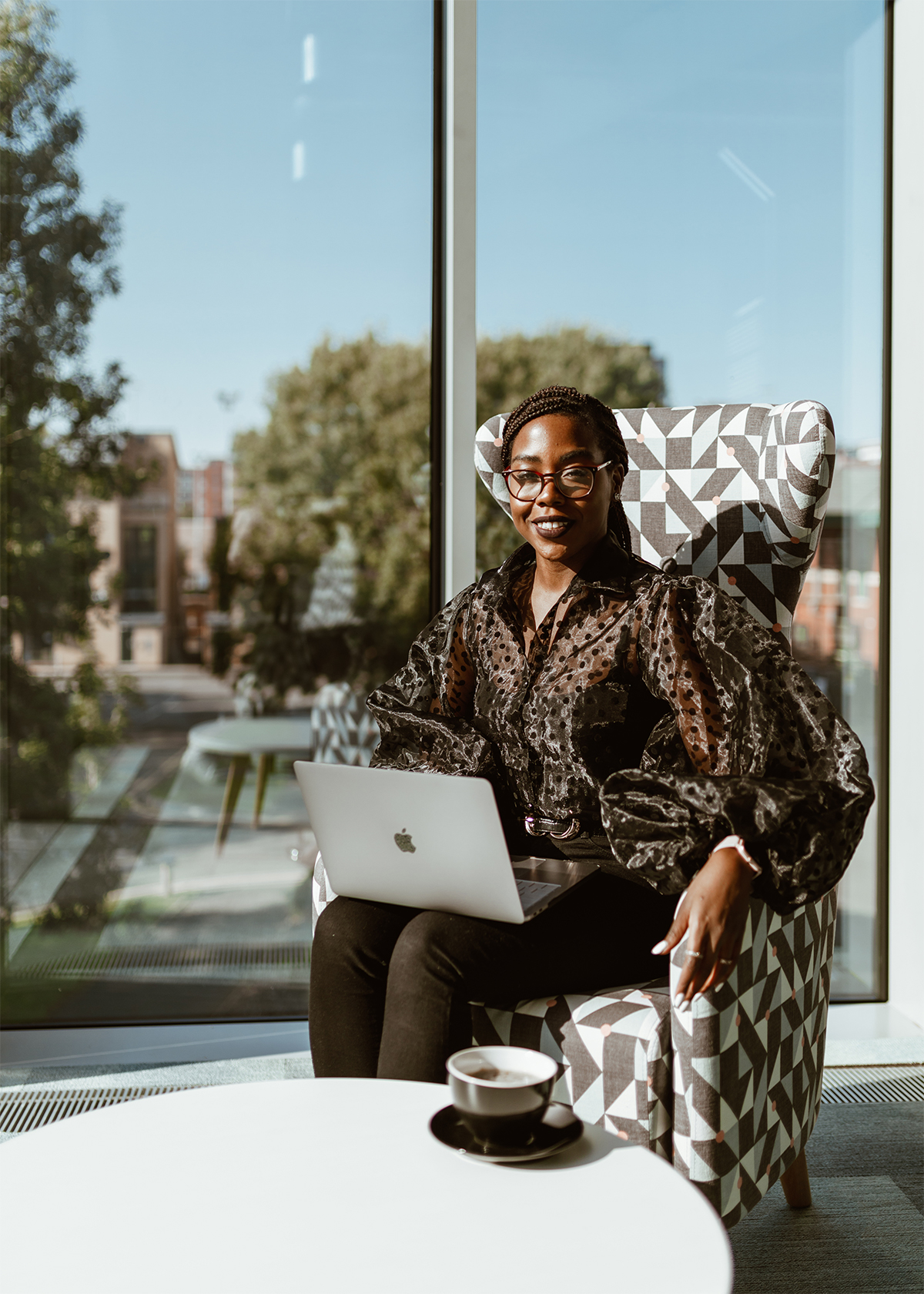 Originally from Cameroon, Dr Elsa Zekeng PhD moved to Manchester in May 2019 from Liverpool. Whilst a scientist by profession (her PhD is in Infectious Diseases and Global Health), Elsa is also one of the Directors at a recruitment Start-up called Jobseekrs®.

Elsa is still new to the Mancunian way of life but is so far thoroughly enjoying it. Before moving here, Elsa often found herself frequently visiting the city for both professional and personal reasons. It was these visits that led to her developing an affinity for the city. The fact that Manchester is a multicultural melting pot was a major attraction alongside it offering a variety of experiences and a budding entrepreneurial community. A founding member of BURN (The Black United Representation Network), she feels empowered by the fact that she has met like-minded individuals with whom she shares similar experiences and a will for change.

“Living in Manchester has allowed me to evolve personally, simply by engaging with the ambitious and resilient entrepreneurial community. I love the energy I’ve felt in and around the city, and quite honestly the recent BLM protests proved that community spirit. I also love the fact that I can choose between going to a trendy cafe in the Northern Quarter on a Saturday morning for brunch, going to The Ivy for drinks or both.”

When it comes to her experience of racism in the city, she has not faced any overt racism in comparison to Liverpool where tomatoes were pelted at her and a friend accompanied by words along the lines “go back to where you came from” as they jogged on a late winter evening in 2010. “That being said, I lived in Liverpool for eight years. I have only lived in Manchester for a year.”

Graduating from the University of Liverpool, Elsa is both an entrepreneur and advocate who constantly challenges traditional methods. She prides herself on being a voice for the voiceless, navigating the space between science, technology, policy, advocacy and entrepreneurship. In 2016 she was selected as a European Commission Young Leader where she spoke on high level panels about Universal Healthcare for all. Previous to this, she was deployed to Guinea with the World Health Organisation during the biggest Ebola outbreak in West Africa, receiving the Ebola medal for service in West Africa (awarded by Queen Elizabeth II). Elsa has also been recognised as one of the “Top 50 most inspiring, prominent & influential black voices in UK Tech” by TechNation and nominated as “One to Watch” by the Northern Power Women. I think most people would agree with me when I say that to have this level of talent in the city region is a major coup and it also helps to reiterate the fact that there is more than enough black talent in the region when it comes to filling leadership roles, an area where we the black community are not represented. 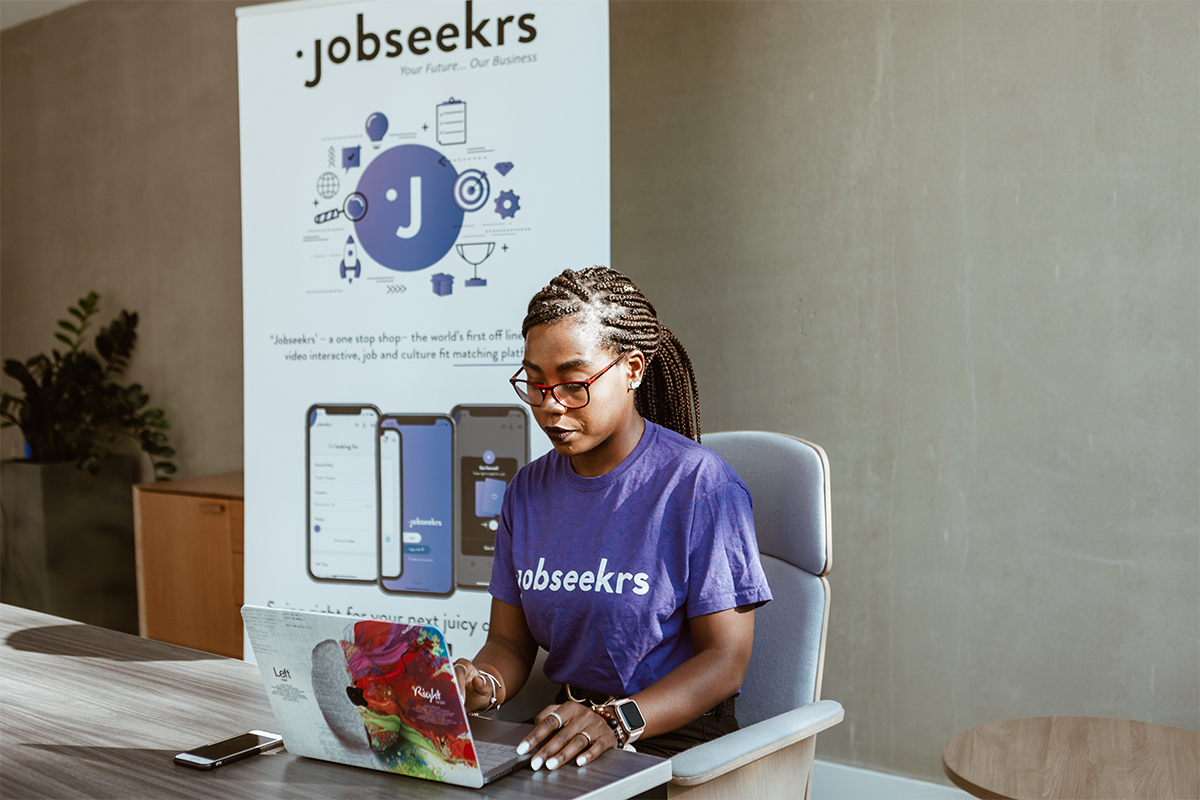 In February 2018, Elsa joined the executive team of a startup called Jobseekrs, founded by Mr. Jamaal Brathwaite. Their primary purpose is to mitigate unconscious bias in the recruitment process, thereby giving everyone a chance at all job opportunities; regardless of race, name, ethnicity, gender and other factors that influence our individual biases. As we know frequently ‘like hires like”. Jobseekrs combines the power of personality, skillset and culture to ensure candidates and employers are aligned for ultimate long term success.

Whilst there are many challenges that still need to be overcome, Elsa has noticed a marked difference in the behaviour of many who are not people of colour. “It has been very interesting and also humbling as some people have showed genuine ally-ship, asked to be more educated and also giving their time to support black people in general but specifically, black founders in different ways.” I’d also like to highlight the fact that I personally have received an overwhelmingly positive response from many people who have gone above and beyond to show their support. The people of Manchester are not just diverse when it comes to ethnicity, they are also diverse in thought and inclusiveness.

As previously mentioned, Elsa is originally from Cameroon in West Africa (she is adamant that we all try Cameroonian food which I wholeheartedly agree with as I lived in Cameroon as a child and can confirm that the food is exquisite). She grew up in a science orientated household – her mother is a pharmacist and her father is a haematologist who has dedicated his life to the fight against HIV/AIDS (he is currently UNAIDS Country Director Tanzania).
“My parents taught us the value of education, hard-work, humility and the belief that every single dream is achievable. They still echo the same teachings to this day and for that, I am truly grateful.”

Needless to say science was always a topic of discussion at one point or the other at the family dinner table. At secondary school, Elsa disliked history (she could never remember all the dates for her exams) and never quite grasped Geography. Biology, however, came very naturally to her (I wish the same was true for me – I never got to grips with Science until I was much older). This made choosing her subjects for GCSE, AS and A Level very easy. Her career options frequently fluctuated between being a Medical Doctor or being a Researcher. “I just remember the things that fascinated me were a combination of adventure, science and the unknown. Working for the FBI or the CIA was once considered, Hah.”

That being said, it wasn’t until 2011 when she carried out her year in industry working at a BioTech Company during her undergraduate degree that she made the decision to commit to being a scientist.

“What I love about science is; we learn by experimenting and there is always more to learn. It is a process of embracing the failures of failed experiments and the joys of the successful ones to either prove or disprove a hypothesis. Truly that is entrepreneurship at its core; doing market research, creating a hypothesis, testing it out and scaling if its successful or iterating if its not. Through my love for science, I built an unparalleled level of resilience that allows me to keep trying but more importantly the ability to be objective and analytical – to honestly look at the results and decide on the next course of action.”

During my time with Elsa, I realised that she is only one of two black scientists that I know and have met (the other being my sister who had a keen interest in chemistry and physics from a very early age and went onto gain her PhD at Manchester University). Whilst others do exist, writing this reminded me that there is a very strong need for representation, not just from the perspective of colour but also in terms of gender. I am very much looking forward to the day when I see more female scientists of all different ethnicities. Both Elsa and I hope to see tangible, sustainable and long-term change.

Through writing this series of articles, it is abundantly clear to me that Manchester has the most incredible and diverse offering when it comes to black talent. Nile Henry, Len Hamilton, Ronke Jane and Adeola Adelakun (of fashion brand Cultureville) Sam Marvell (the man behind the photography for this series) and Dr Elsa Zekeng PhD are just the tip of the iceberg. I look forward to showcasing more from this pool of talent in my future articles because they really are Manchester’s finest.