Foam Fingers, Fights and Ice: What happened to Manchester Storm?

What happened during the mid-90's when over 15,000 people would go to watch ice hockey on a Sunday? 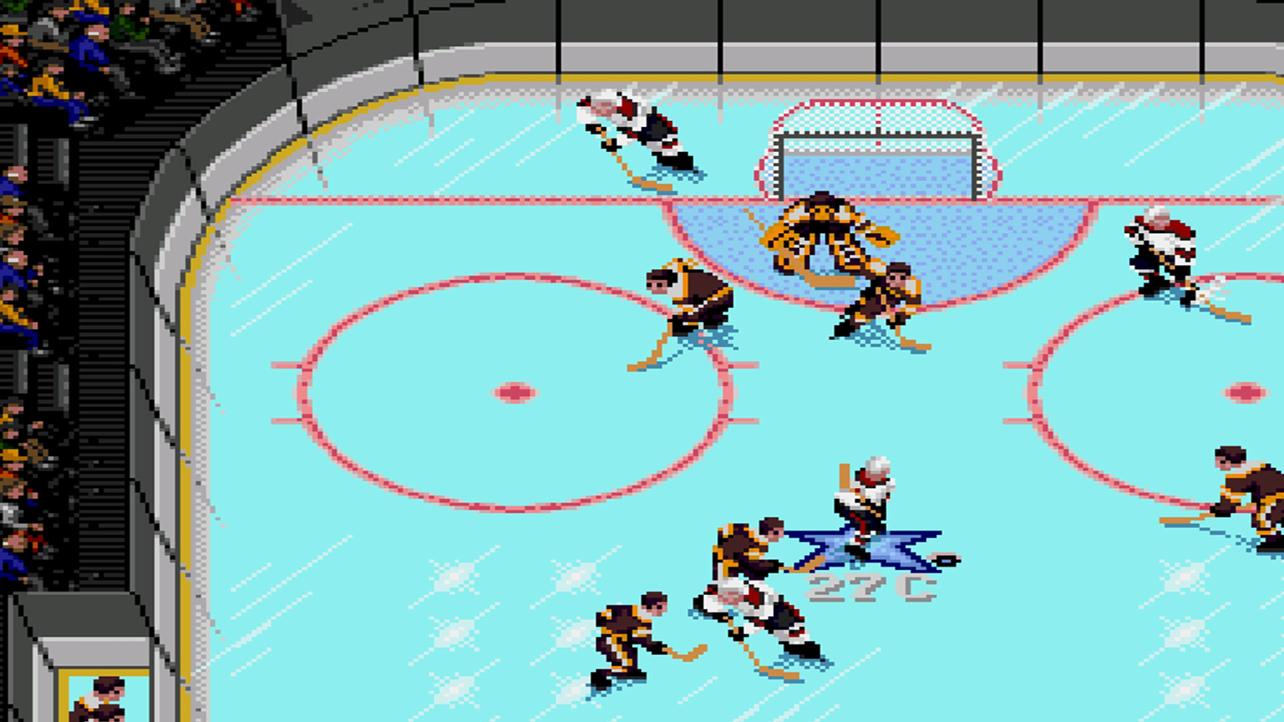 Back in 1991 a little company called EA Sports released a new game on the Sega Mega Drive, and it wouldn’t be until around 1995 that I would finally get the chance to play it. Sitting at my uncle’s house, I was mesmerised by NHL ’94 – it was fast, it was fun and above all else – it was violent.

You see, most people sat in their houses in the UK in the mid-90s certainly probably never even gave ice hockey a second thought. Except for the odd bloke with a Mega Drive or a fan of the Mighty Ducks films, it just wasn’t something we watched or even cared about – we were a nation of footy and rugby and not much else.

Interestingly enough though, Ice Hockey had slowly been gaining in popularity from the mid-80s, primarily in the North East and in Scotland where local teams comprised the British Hockey League, but it wasn’t until around 1995 when everything really kicked off. 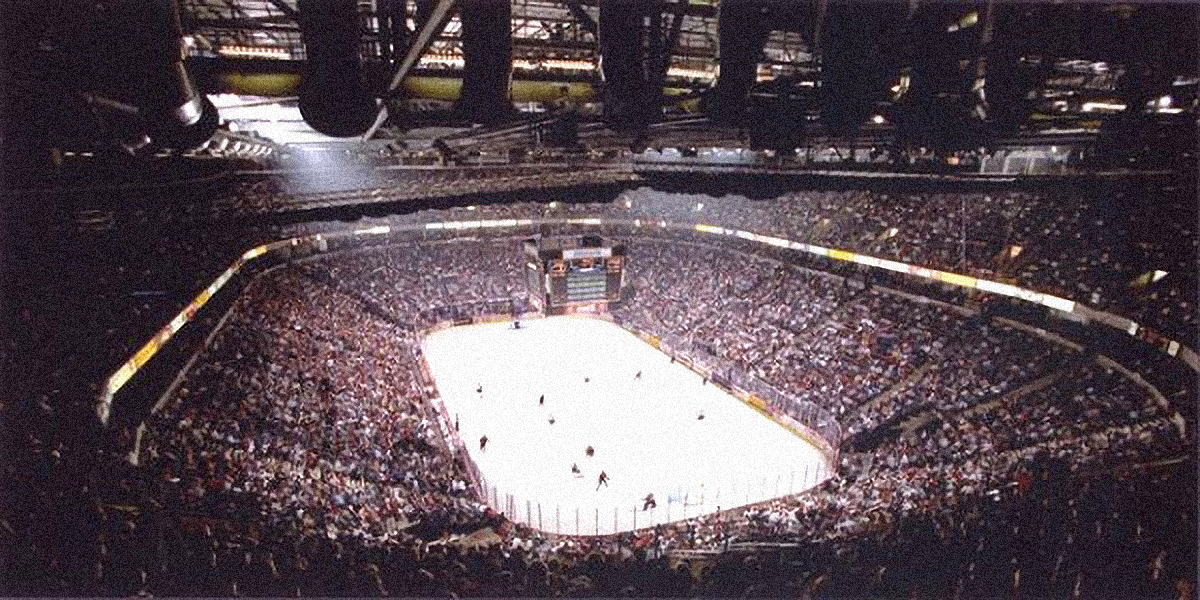 I think its fair to say that ice hockey burst onto the scene in a massive way in the UK in the mid-90s – helped in part by the completion of a series of large American-style arenas – such as the newly opened Nynex Arena in Manchester.

I’m going to go on a bit of a tangent now and discuss Nynex a little bit for anyone who doesn’t know who they are. Basically they were a company that attempted to bring ‘cable’ to the UK, and they set about ripping up pavements across the nation to lay the wires and install a little green box to the external walls of people’s houses.

Ultimately they ran out of money and were bought up by Cable & Wireless, which then became NTL and then Virgin Media. Anyway, if you look hard enough you can still see the little green ‘Nynex’ boxes on people’s houses. 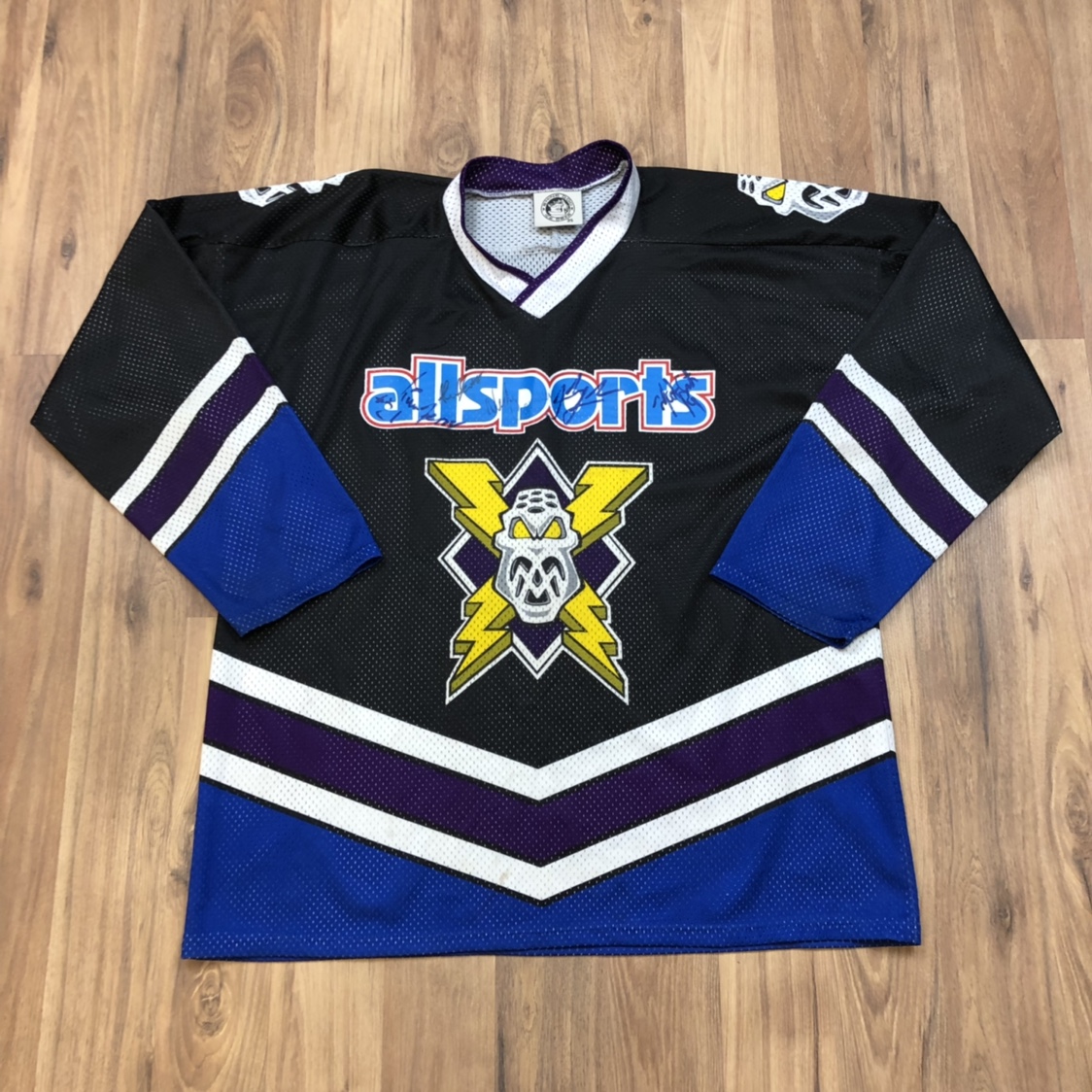 Back to ice hockey. So, a range of massive arenas were popping up across the country and they were used to host brand-new hockey teams, most noticeably the Sheffield Steelers and our very own Manchester Storm.

With teams filled with Canadian and American blokes called Troy, Chad, Kris and Blair, these new teams set about taking the sport into the big time, and with the help of the arenas and a welcoming public who were looking for something to do with the kids on a Sunday afternoon.

Manchester Storm almost straight away drew in the crowds, with a remarkable ten thousand punters turning up to their first ever match on September 15th 1995. Most people on that day were witness to a wholly new kind of sport, one which stopped a lot, featured plenty of audience interaction and was pretty violent – with fights and scuffles an impressively frequent occurrence.

It was all undeniably American, with hot dogs in everyone’s gob, pints of Budweiser being spilt in the aisles and pretty much every child having a stupid big foam finger on their hand – not just a throwback from the States but also a subtle reference to the TV show Gladiators who had taken the foam finger to dizzying new heights every Saturday on the telly. Never before had a piece of audience paraphernalia been so widely recognised, and it wasn’t until the vuvuzela in 2010 that it would be trumped. 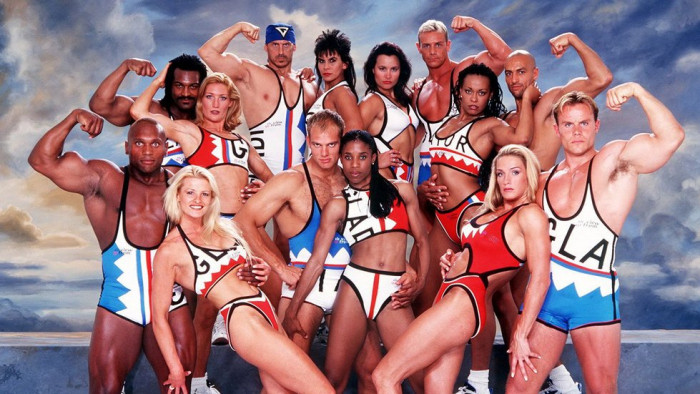 Manchester Storm’s games were attended by massive crowds week-in, week-out and the team actually enjoyed some considerable success on the ice. Coached by a fella named John Lawless, the team quickly developed a rivalry with Sheffield, with the two teams absolutely smashing all records in the 96-97 season with 17,245 fans turning up to see Storm batter them.

They also became a force to be reckoned with in Europe too, twice defeating Sparta Prague and famously holding on for 60 minutes before losing in sudden death overtime to the mighty Russian outfit Dynamo Moscow. Teams who were pretty much always surrounded by ice and fighting – and were home to some of the best players in the world.

Watching the games as a kid was brilliant and I’ve got some fond memories of watching Manchester Storm on a Sunday with the family. One of the major aspects of the games was the ‘Videotron‘ a HUGE Borg Cube type box dangling over the ice, with 4 massive screens on it and all the information that you could ever need. 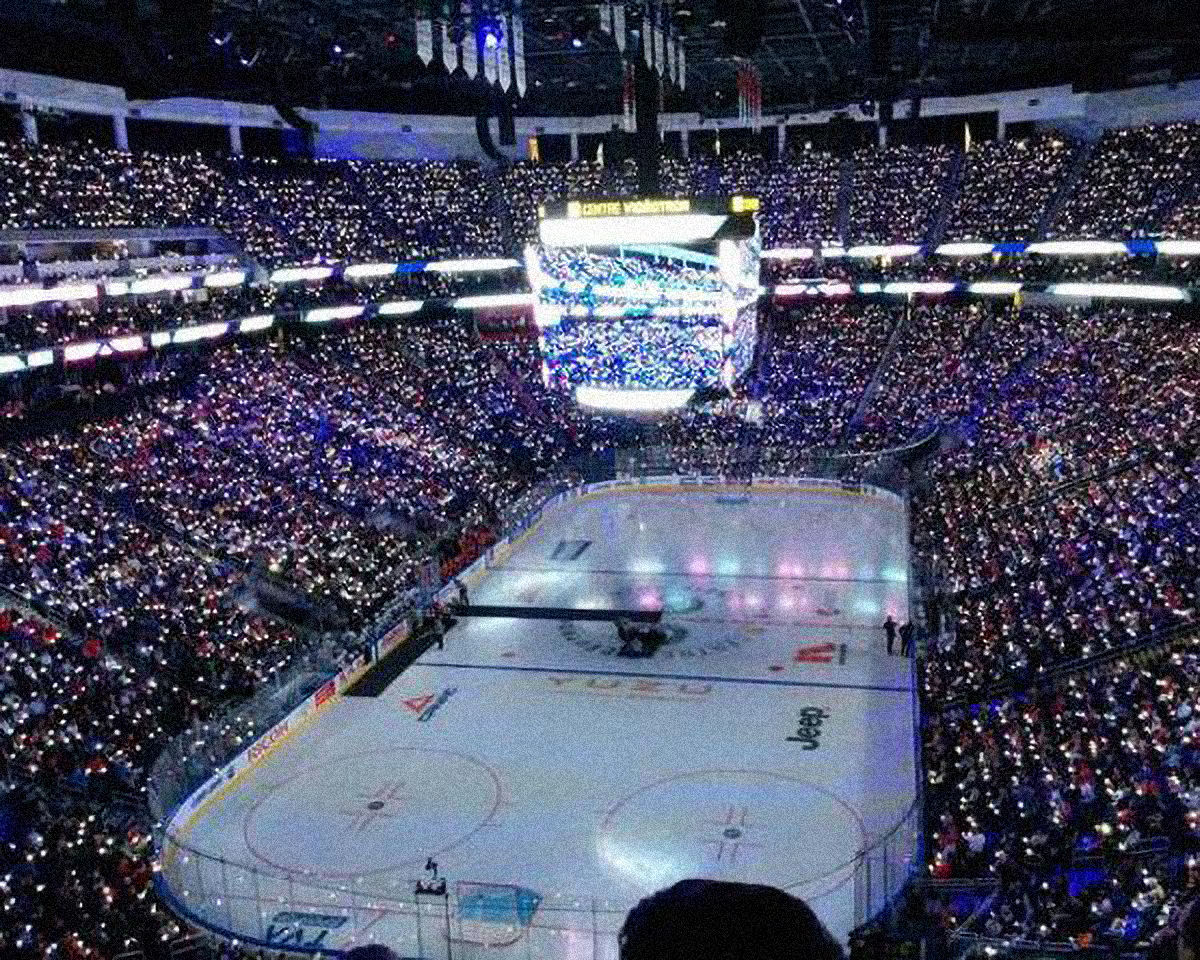 A ‘Videotron’ in action

This was something we’d never seen before in the UK, long before the Super League installed screens in grounds, and a good 20 years before VAR, the Videotron would show replays, play movie clips, encourage audience participation and if my memory serves me correctly – would also get some poor cameraman to zoom in on people picking their nose or kissing in the audience and take the piss.

The success of ice hockey, and indeed Manchester Storm as a team, was short lived however, and they were only at the top for the first couple of years. as the nineties turned into the noughties, the team were languishing in the bottom half of the newly created Ice Hockey Superleague and audience numbers had dwindled dramatically. 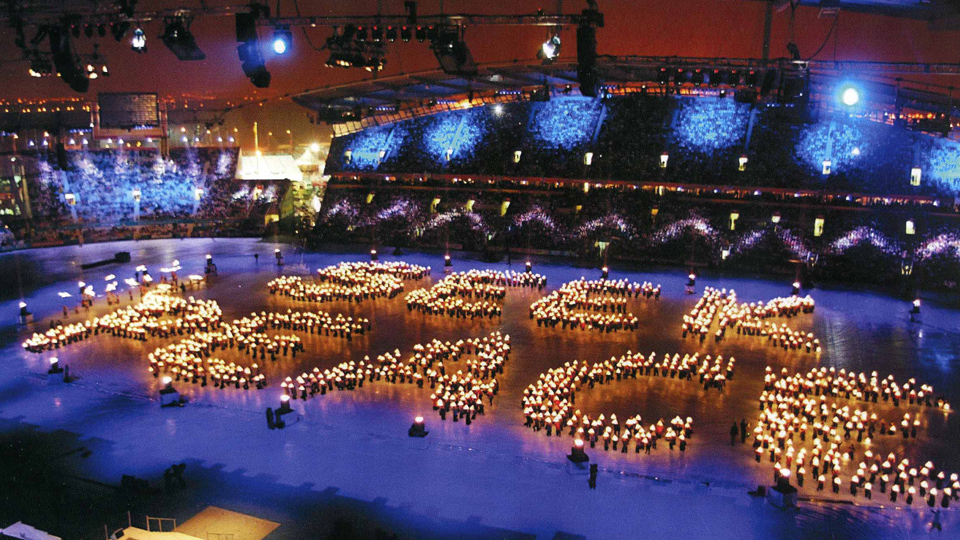 One area in which the ice hockey popularity succeeded though was in Manchester’s bid to host the 2002 Commonwealth Games, where Manchester Storm were being used to drive the bids and show that the city had an audience and appetite for sports and that Manchester had the facilities needed.

But ultimately, around 2002, ironically when the Commonwealth Games were on in the city, Manchester Storm folded, mainly as a result of dwindling cash, which meant that they couldn’t pay the arena or even their players, who as a result refused to go out on the ice, prompting many games to be cancelled.

A year later though, the efforts of a Manchester Storm supported group helped launch Manchester Phoenix, a semi-professional team who played at the Altrincham Ice Dome until 2015. Following the demise of the ‘Phoenix’, Manchester Storm were re-formed and have been playing ever since. 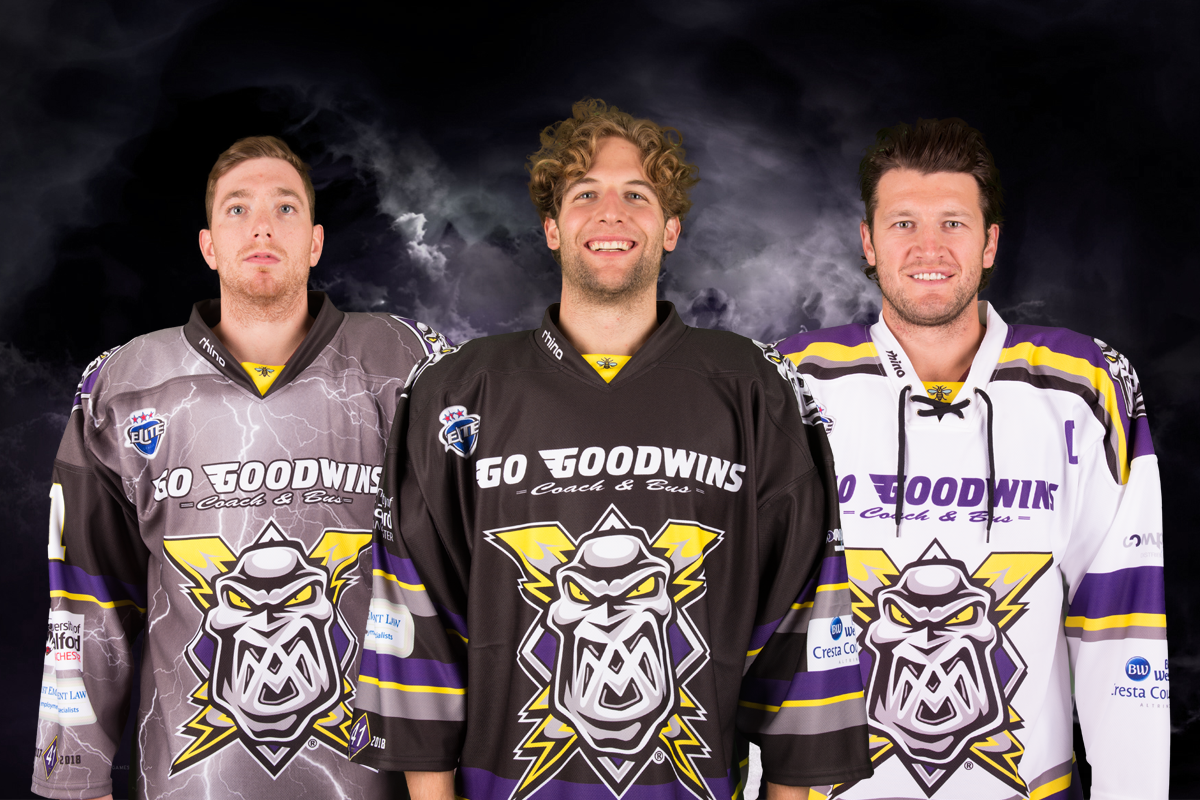 This reappearance from Manchester Storm coincided with a peculiar recent moment of popularity in the UK, with 2018 seeing the sport crowned the most watched indoor sport in Britain and people picking up their sticks and their pucks to try to out for the very first time.

Will the popularity of the sport continue into the new decade? Probably. Will it reach those heady days of the mid-90s? Probably not. But Manchester Storm will forever live in the memories of many Mancunians as a proper top day out and one of those peculiarities of a much more innocent era.