Drag Race UK is back, back, back again with Season 2 airing this week. 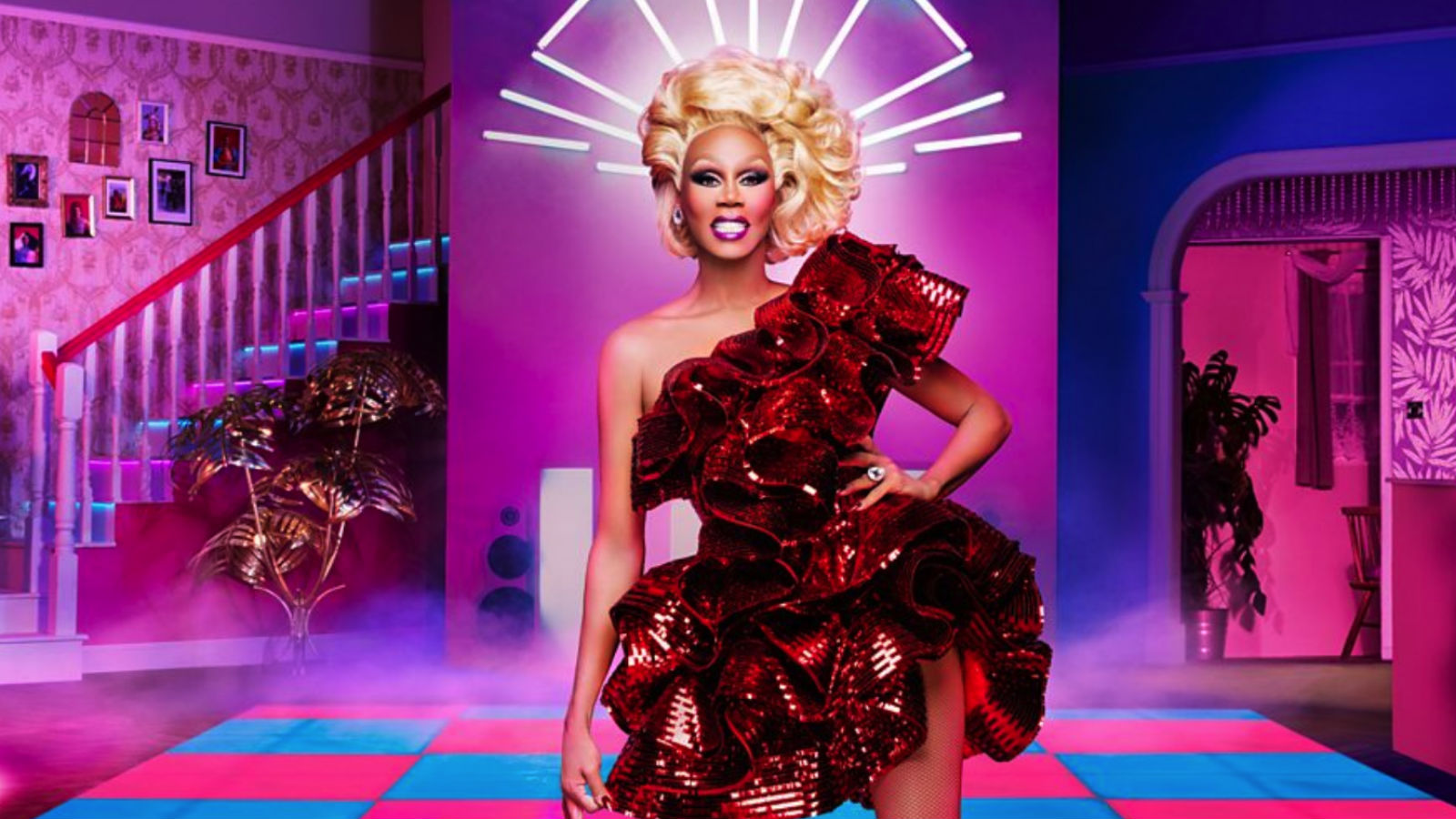 I’m sure like me you’re bored shitless at home and looking forward to watching this fresh batch of UK talent show the world why UK drag is so bloody good.

While it’ll be filling the void that live drag shows have left, thanks to the work of COVID-19, nothing is better than supporting your local queens, the people that make this city’s queer scene one of the best in the world.

Follow them on socials and check out the Manchester Queens Calendar that features some of the fierce queens on this list. Get out to see them perform when we are back out again too – I’ll see you there. 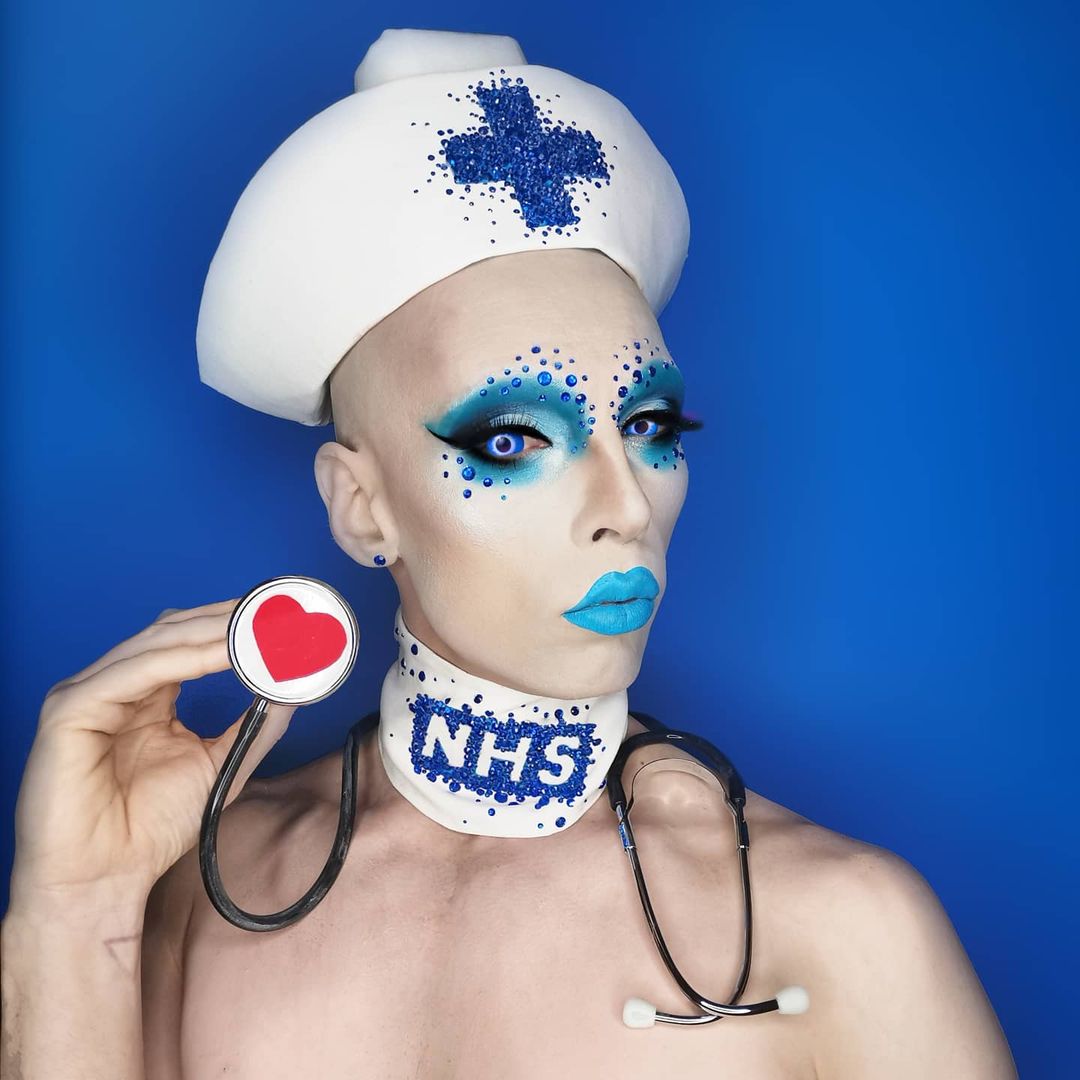 Cheddar Gorgeous
If you’ve not yet heard of this Manchester queen then it’s really about time you got out of the house. Her otherworldly looks flirt with fantasy and horror and are always served with Cheddar’s signature androgyny. Leaving a big beauty mark on the Manchester queer scene, Cheddar’s message of the power of self-expression has reached a bigger level; from the stage to your living room through TED Talks and Channels 4’s Drag SOS. And her support for the NHS during lockdown has been simply gorgeous. 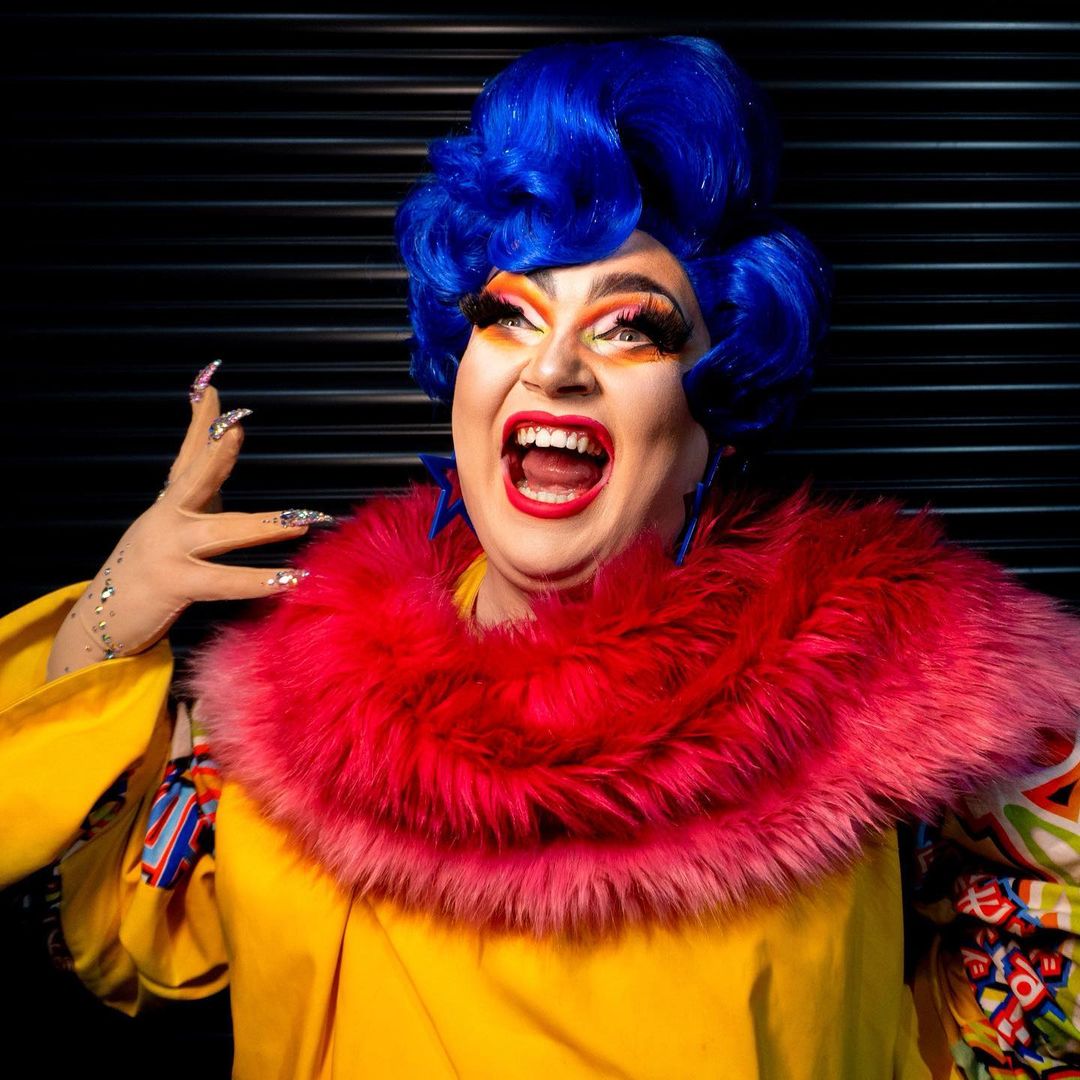 Donna Trump
I believe that this queen gives you exactly what you need and yes – that IS a twerking Donald Duck and ballet dancing hippo! The concepts are straight out of an acid trip, with costumes that will leave you questioning your grip on reality (we’re talking full prosthetic animal faces). RuPaul’s Drag Race 2018 winner Sasha Velour took Donna Trump’s special brand of politically-minded and surreal drag around the world on her NightGowns tour. More recently, Ms Trump has organised and hosted ‘Queerosity’ a queer cabaret that has brought a huge variety of UK and international talent to you in your home via Twitch during the pandemic, all whilst raising money for Mermaid and PPE for NHS workers. Donna has plenty of new things coming up too – so give her a follow on socials to keep up to date on all of that. 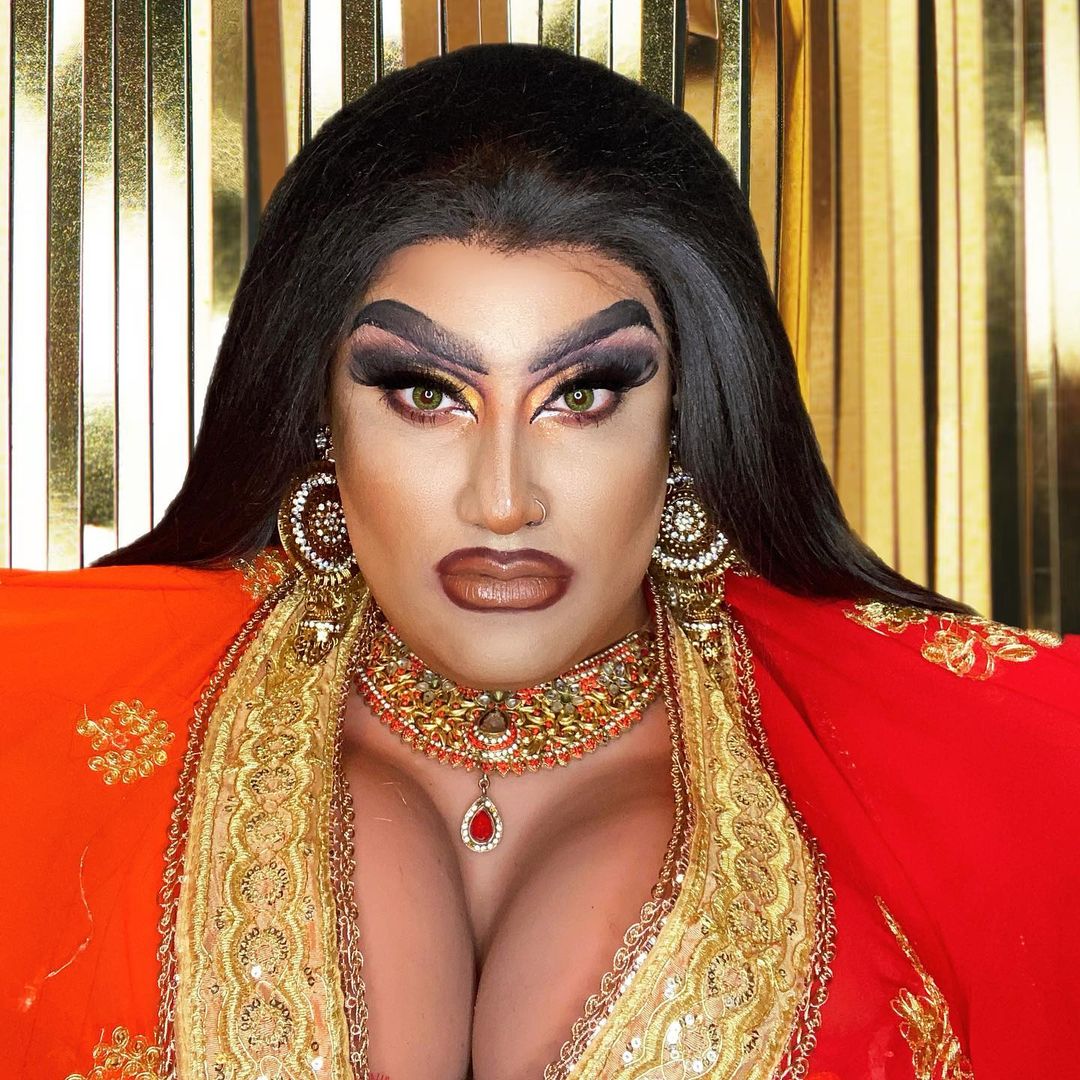 Val Qaeda
This Queen is what we need to see more of in drag, providing more of the diversity that represents what Manchester is all about whilst giving us truly original and sickening performances. Her South Asian background shines in through her whole aesthetic and her sexy shows, an important and under-represented narrative that I’m all too excited to see more of. If you can’t tell by the choice of name, Val Qaeda is funny, like, really funny. Her WAP parody with Lady Bushra on YouTube is an example of this – check it out. 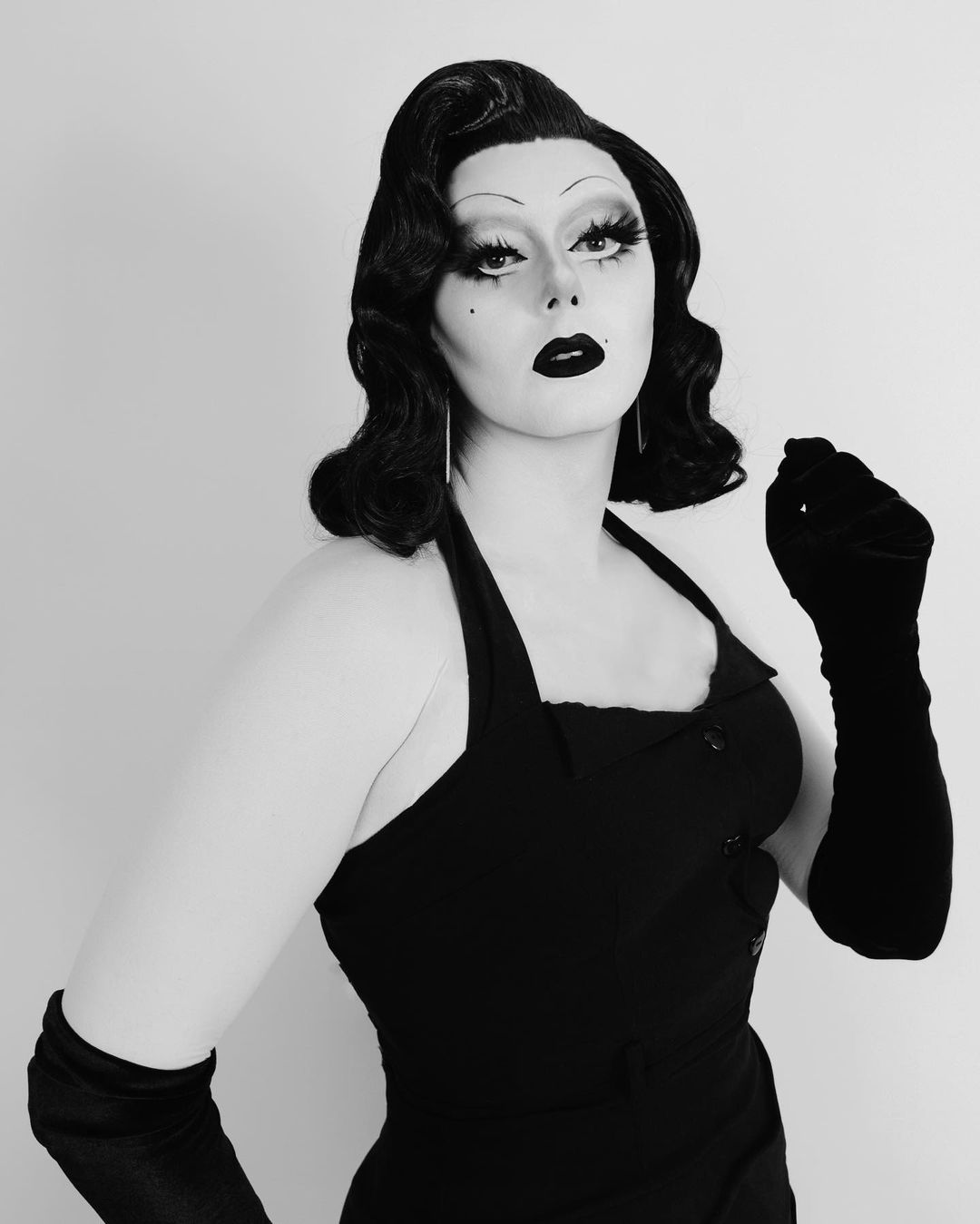 Liquorice Black
Liquorice has described herself as a “failed movie star from the 1920s that died and kept on partying”. Well, death really does become her. This fantasy is brought to life through her very iconic look; always in black and white and vintage but with a Klub Kid-twist, Liquorice Black looks like she’s just walked straight off an old Hollywood film set into the club. Amongst the bright and loud Manchester drag scene, Liquorice Black is striking and a little sensual, with stunning looks that are sewn by herself. From the Family Gorgeous, she joined her drag mother, Cheddar Gorgeous on Drag SOS. 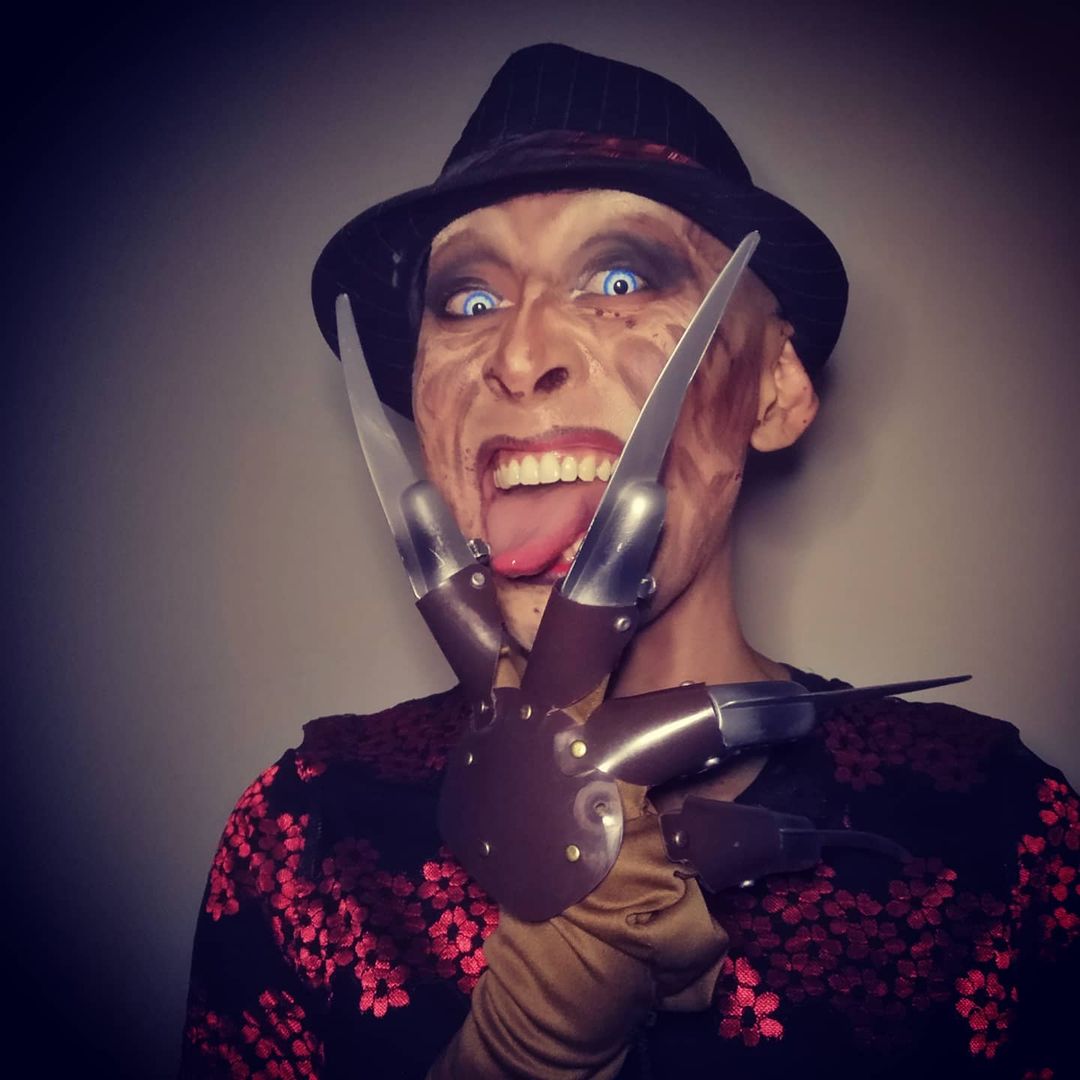 Eva Serration
This queen is freaky and I like it. Eva is known for her horror drag, and she does a great Freddie Kruger. She also really takes things to another level, with an extra Eva twist, with looks ranging from Game of Thrones’ Night King, Elsa from Frozen and even a sexy Darth Maul – proving you can make even the most terrifying character a sex icon. She is a fierce performer and lip sync artist with some fucking impressive fire skills to add to her arsenal. Her scariest look of all? Easily Theresa May. 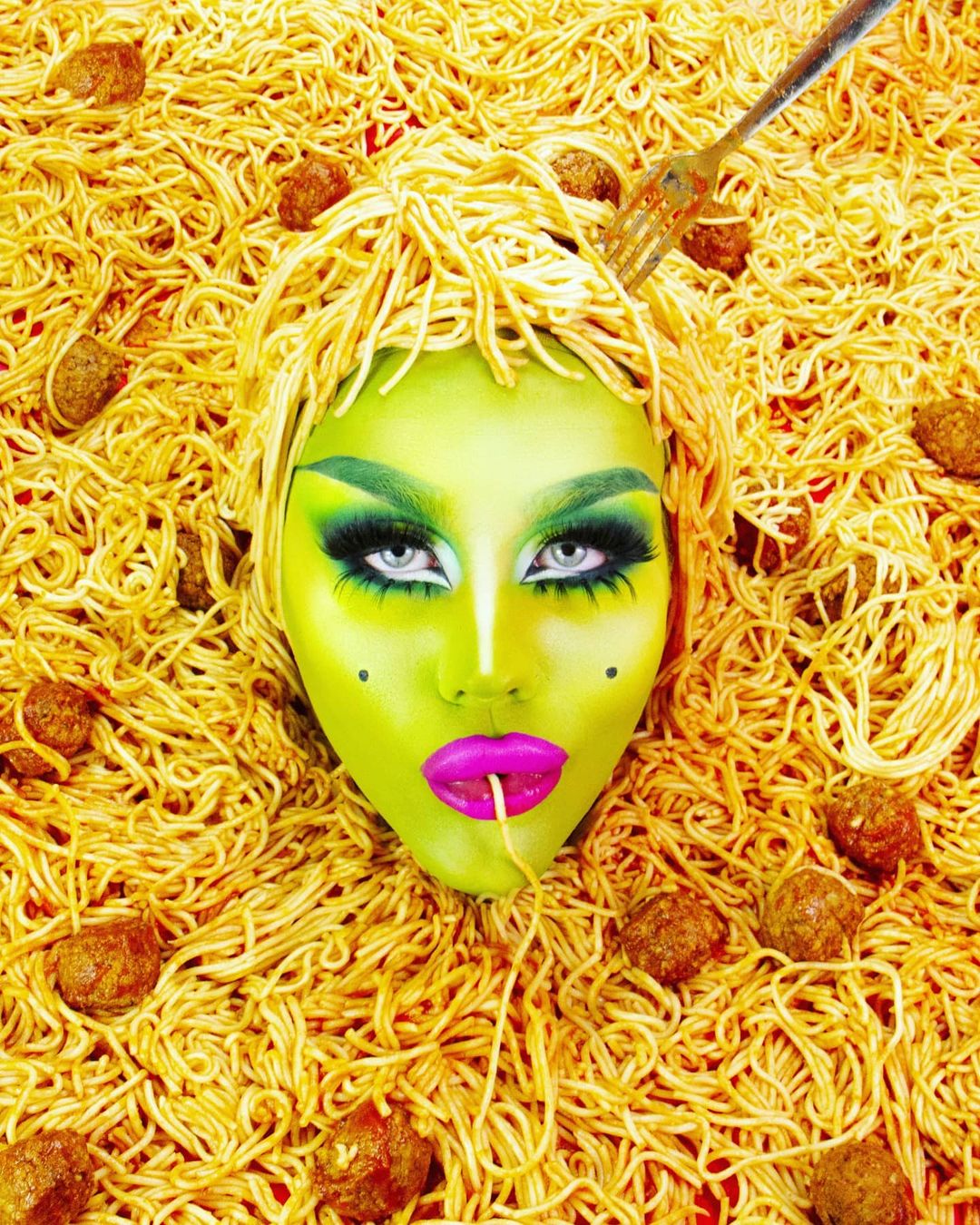 Lill
This queen’s looks are beyond. Every single time she plates up a captivating blend of colour, creativity and high drama with plenty of Stella references, and always perfectly executed. Each look is stylistically punctuated with the signature Lill beauty mark on each cheek. Double punctuation. For lack of a better word she’s a showstopper and just looks so fucking cool. Yes, Lill is best known for her insane make-up skills, but don’t let this overshadow her powerhouse performance value, with regular appearances on the bill at Albert Schloss’ KUNST KABARET and Freight Island’s Amuse Bouche. She was another Manchester queen to represent on Drag SOS. 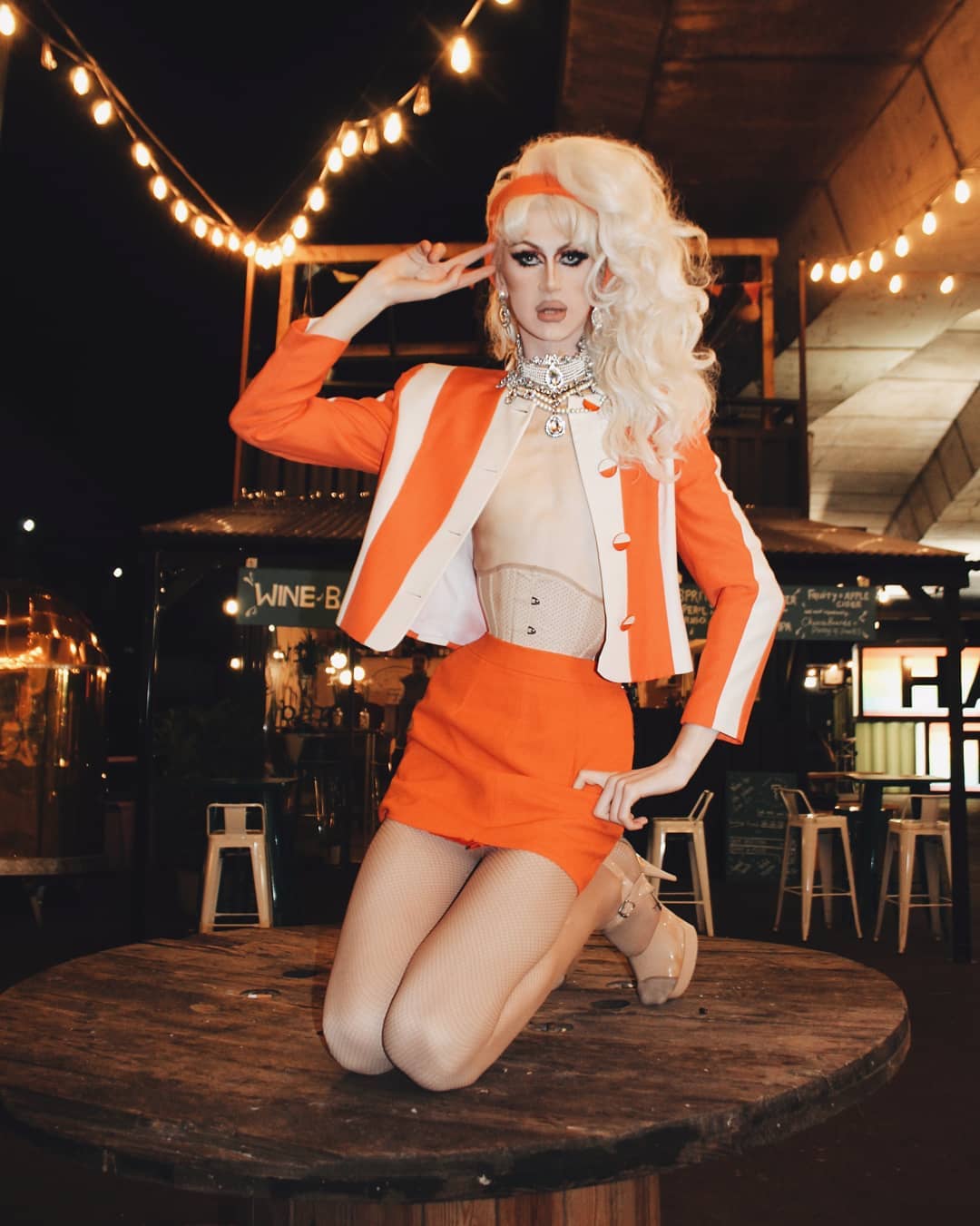 Banksie
In the case of this 7ft tall queen, bigger is better baby! You might have seen this absolute dazzler in all their statuesque glory turning the party at La Discotheque and Albert Schloss in those good old post-pandemic days. Banksie’s look can be found at the intersection of punk and high glamour that is embodied into a seemingly effortless sexy, cool femme fatale. It’s a forward-thinking look that’s highly sought after but rarely attained to such a standard. Banksie encapsulates a mindset that is synonymous with UK drag and hard to replicate outside of the art form – and one that has never looked so good. 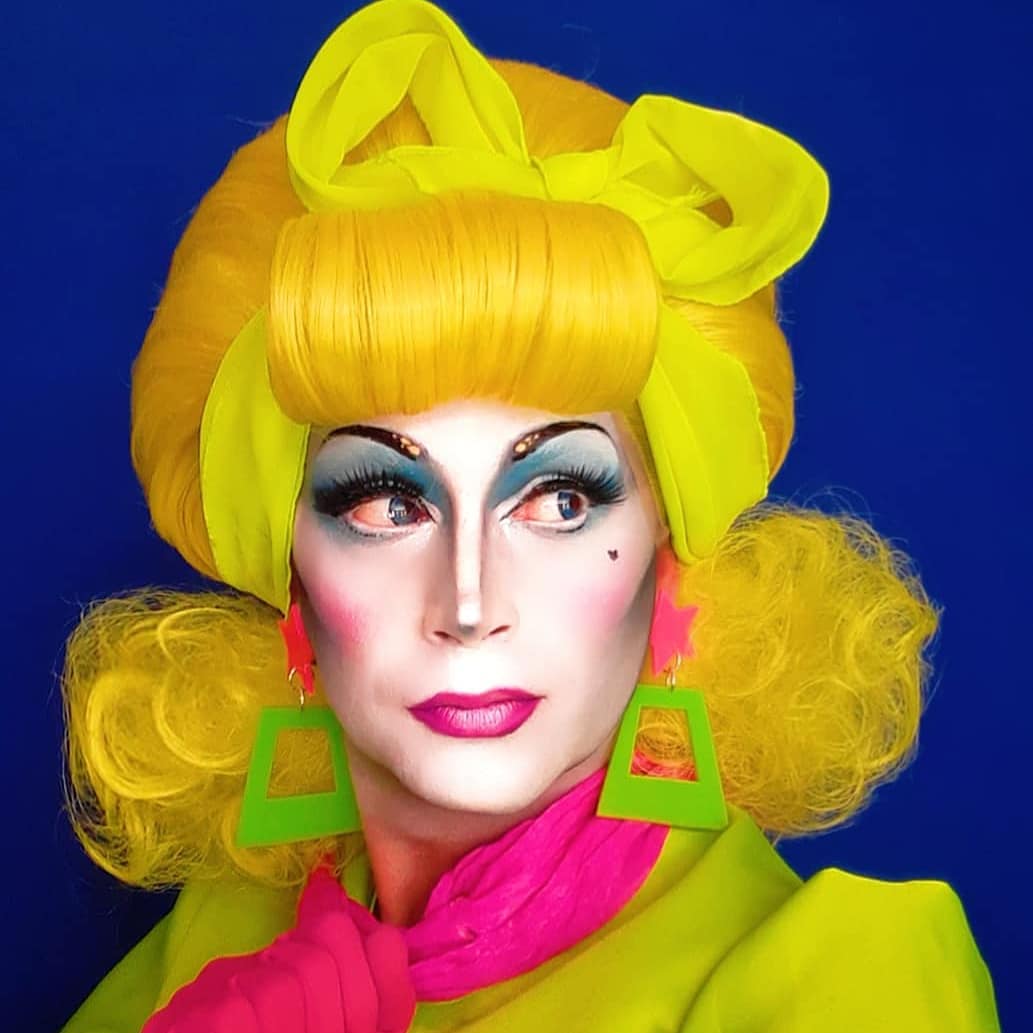 Anna Phylactic
Firstly, the name is everything you’d hope for in a drag queen. And yes, like the shock – she does leave you gagging. A visual orgasm with an eye for detail in each look that is simply unreal, you can tell that she’s a costumer by the sheer standard of each presentation. It’s almost impossible to say that drag is not an art form once you’ve encountered Anna Phylactic, with looks that are avant-garde, dreamy and dark high fashion. Another of the Family Gorgeous on Channel 4’s Drag SOS, she recently joined Drag Race alumni Monet Exchange, Vinegar Strokes and Courtney Act in the hysterical West End production Death Drop – a Dragatha Christie Murder Mystery written by Holly Stars (another UK queen to watch). 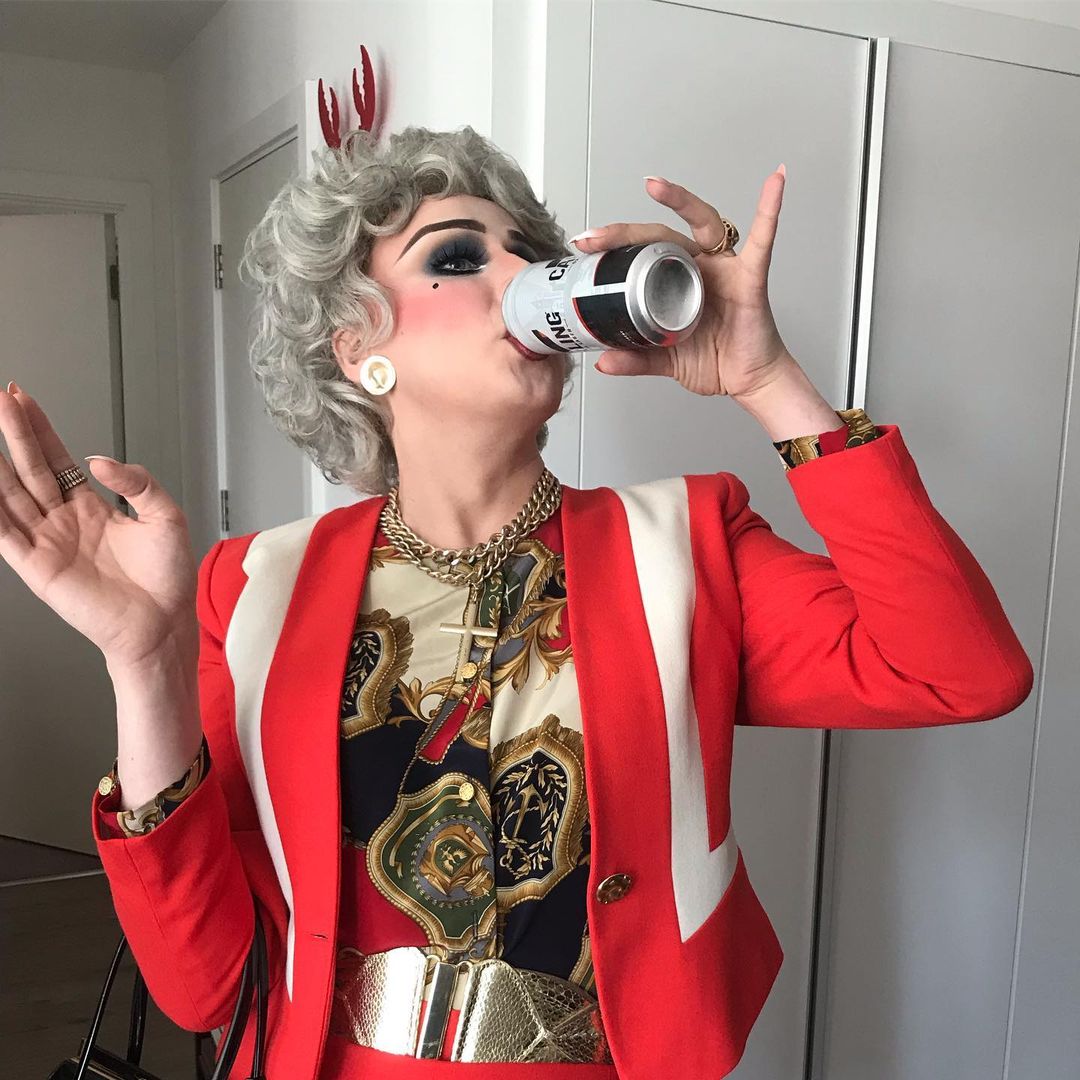 Miss Blair
I am SO here for what Miss Blair gives; classic drag – it’s camp, it’s cabaret and it’s comedic. Her calibre is high and the variety of looks she dishes out is so satisfying, including a mean Deidre Barlow! There’s some seriously good genes knocking about in that Family Gorgeous as Miss Blair is another member of this drag powerhouse. You’ll see her alongside much of this list giving unbelievable performances at KUNST KABARET and Freight Island’s Amuse Bouche. When we’re all able to run wild and free be sure to get to a Miss Blair show. She’s also really fucking good with styling wigs. 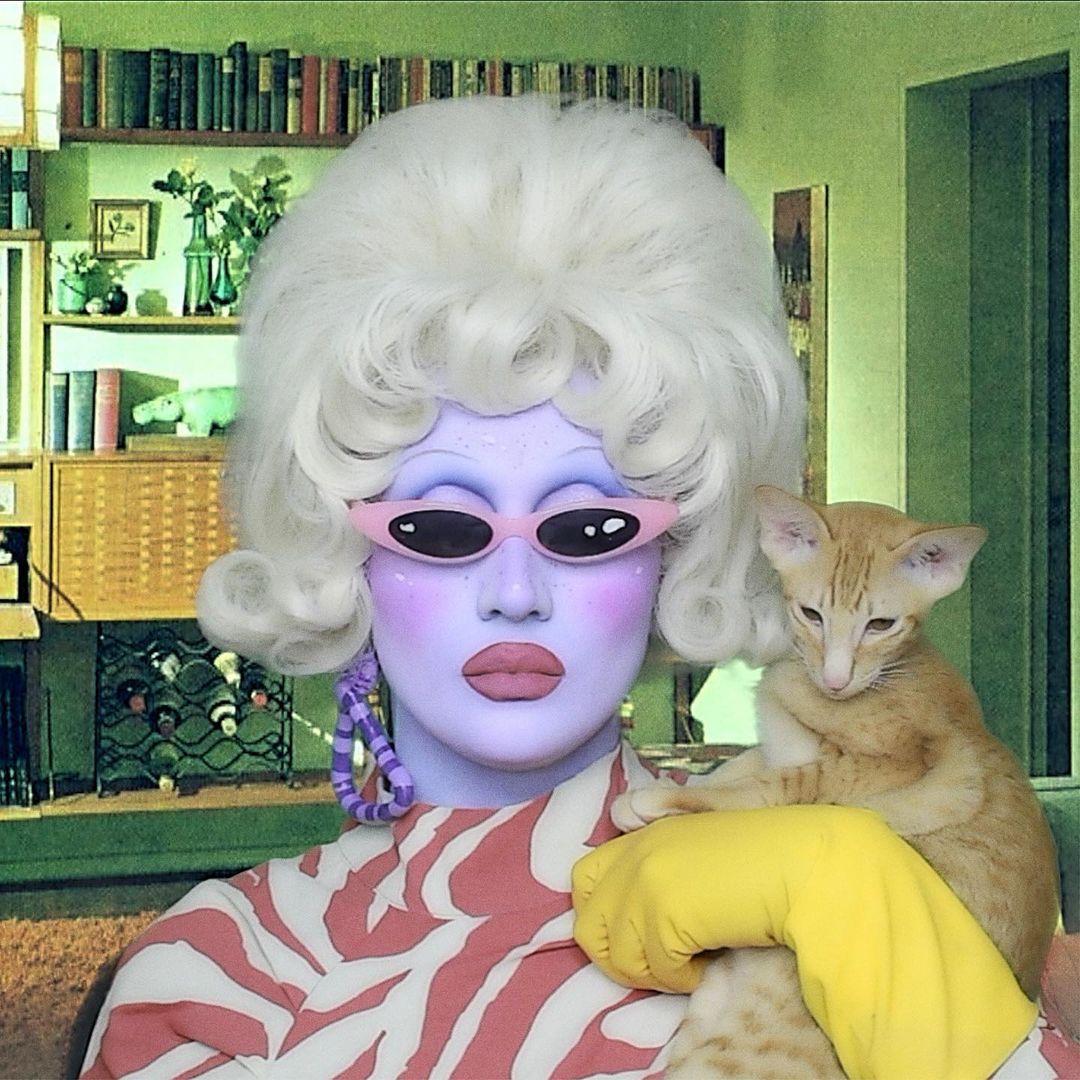 Juno Birch
After crash landing to Earth in 1957 from a stunning alien world, Juno Birch has since disguised herself as a gorgeous 1960s housewife. Despite blending in to human life, she can be (easily) recognised by her manicured marigolds, cat eye glasses and a subtle pastel skin tone that changes colour to match her outfit. To further blend in she has adopted our rich human culture, playing tribute to the likes of Nikki Graham, Joan Crawford and Jennifer Coolidge through the medium of lip-syncing. All jokes aside – this is one of the fiercest trans women around and someone that you’ll regularly find transmitting to her 310k YouTube subscribers. You can also watch this well-adjusted alien create her iconic looks, play Sims 2 or chatting with her good pal Liquorice Black, providing some perfect pandemic binge viewing. 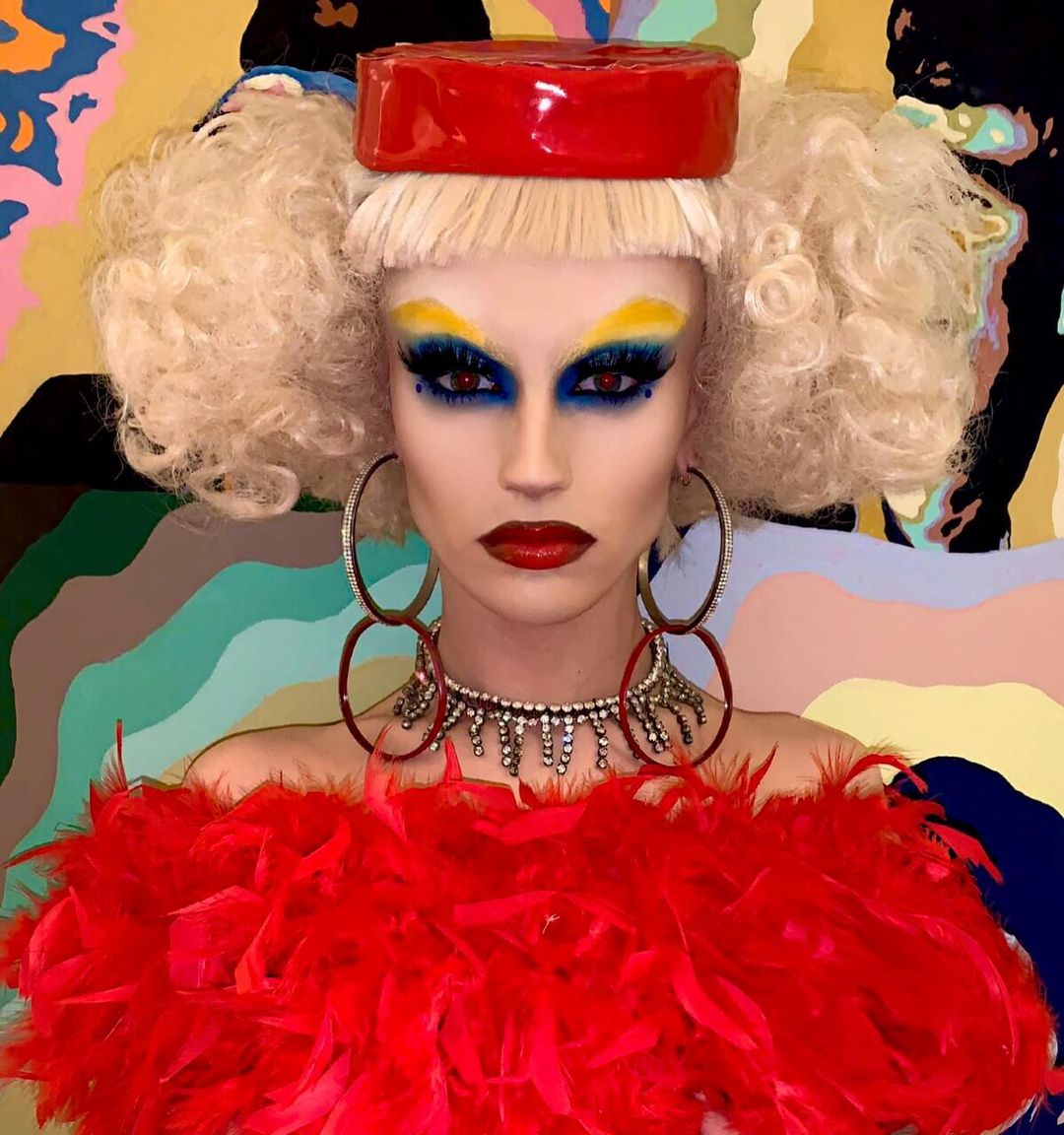 Barb Just Barb
I’ve not known about Barb for too long but what I have seen so far – it’s fair to say that I’m obsessed already. Expect head-to-toe perfection, and a catalogue of well-referenced looks, with even her simplest ones still packing a big punch. She’ll sometimes give you Y2K fantasy or rich bitch Dynasty realness, but each and every look still manages feel very now and definitely on the money. Barb hosts at Cruz101 every Saturday; a truly provocative party that you’ll want to see a lot more of as soon as possible. I’ll be mainlining the vaccine as soon as possible to get there. 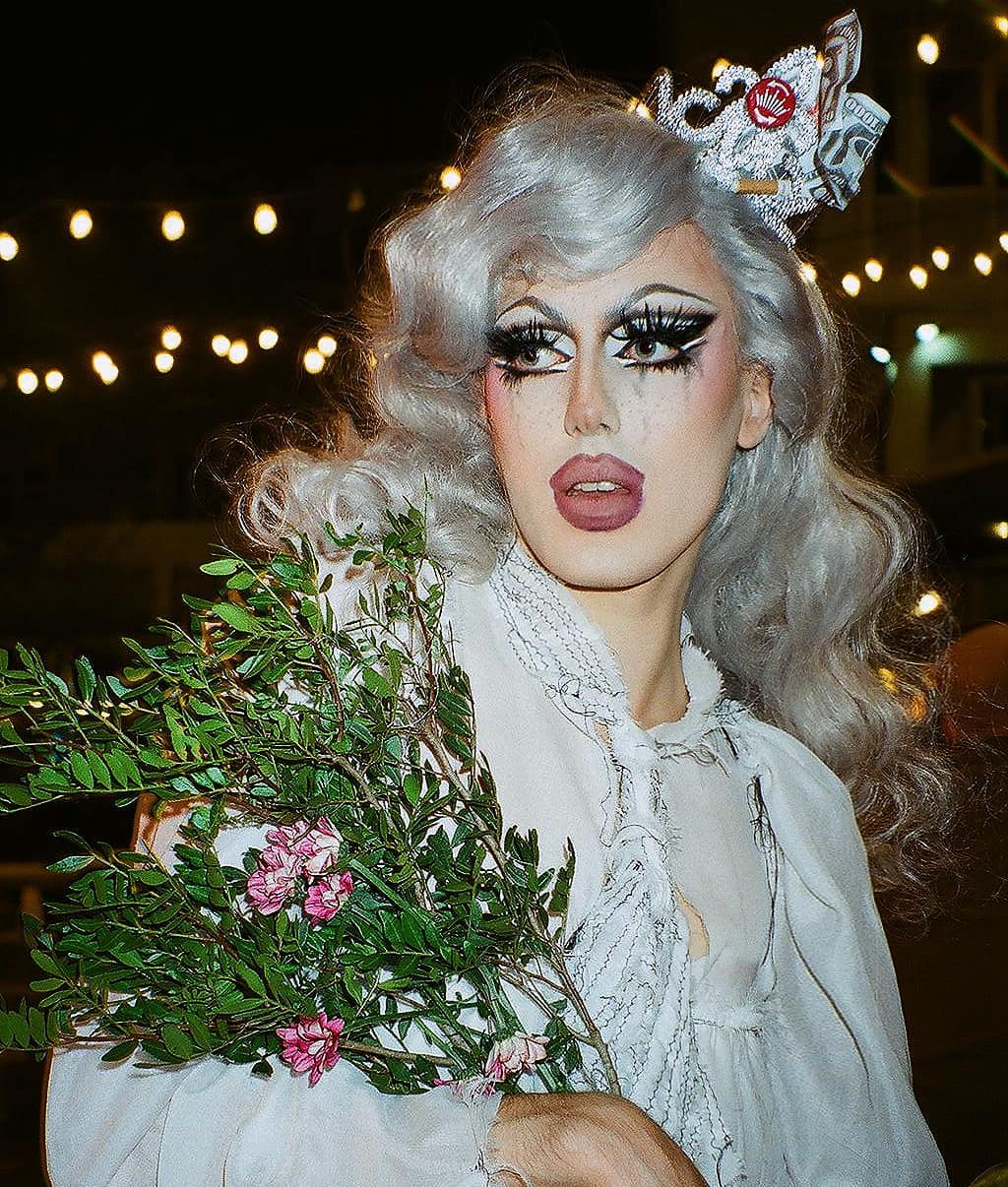 The Chasity Stone
I could look at Chastity all bloody day; she’s sexy, glamourous and cool whilst always managing to look like she’s just off to the club after a photo shoot with Vogue. It’s high fashion with tonnes of skin on show, the kind of look where you’ll find a statement 80s power top blazer with nothing on the bottom. With legs like that though, you certainly can’t blame her for getting her pins out all of the time. Is she cold? Maybe. Does she look on-fucking-point? Absolutely.