Get 2 courses, 2 sides and a Bottle of Wine for £30 at Black Leaf this Veganuary

The Northern Quarter is back with a fantastic Veganuary deal to see you through lockdown. 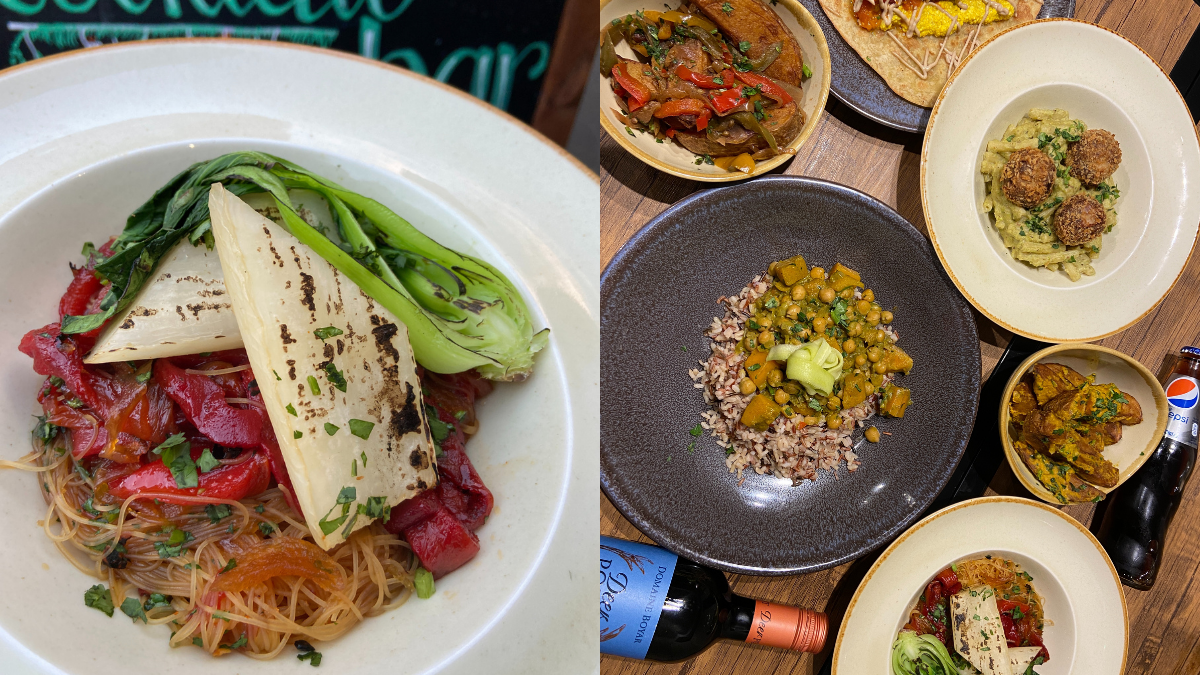 One of the Northern Quarter’s favourite vegan spots, Alvarium with restaurant Black Leaf, have upped their takeaway menu ready for the ultimate veganuary this lockdown.

Not only are they offering 20% OFF when you order via Deliveroo or Get Vegan Grub with the code VEGANUARY. They’ve also launched brand new deals and they’re cracking value for money.

There are two ‘Dine In’ deals (although – you’ll have to eat them at home until Boris permits), including an option for two people for £30 and a solo option for £14. 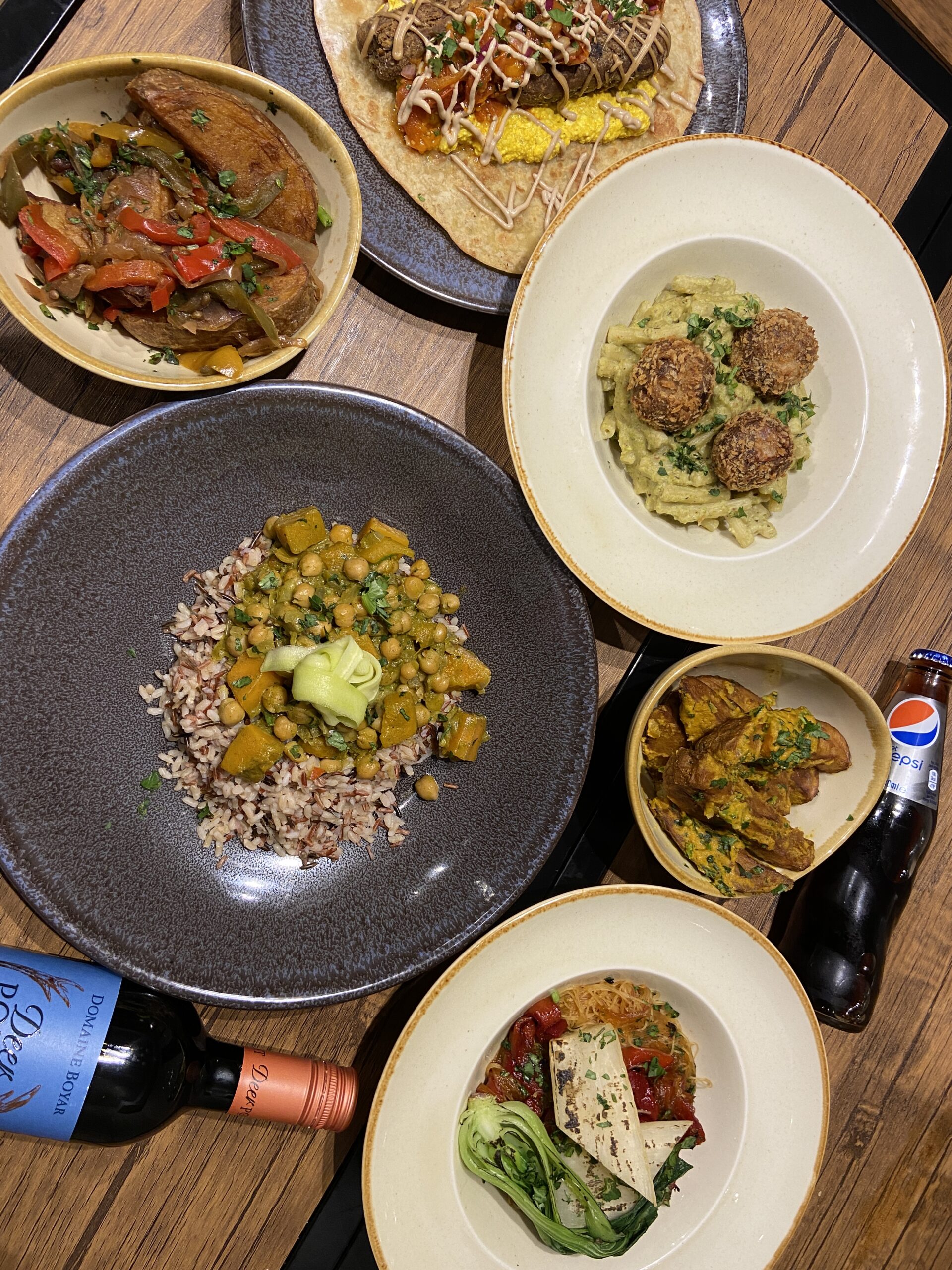 It goes without saying you’re probably going to order the famous wedges but if you fancy trying something new there are two new flavour varieties of the humble potato side.

There’s the Bombay wedges (I’ve got it on good authority that these are ‘peng’) or a Balck Leaf twist on the takeaway classic Salt & Pepper wedges. 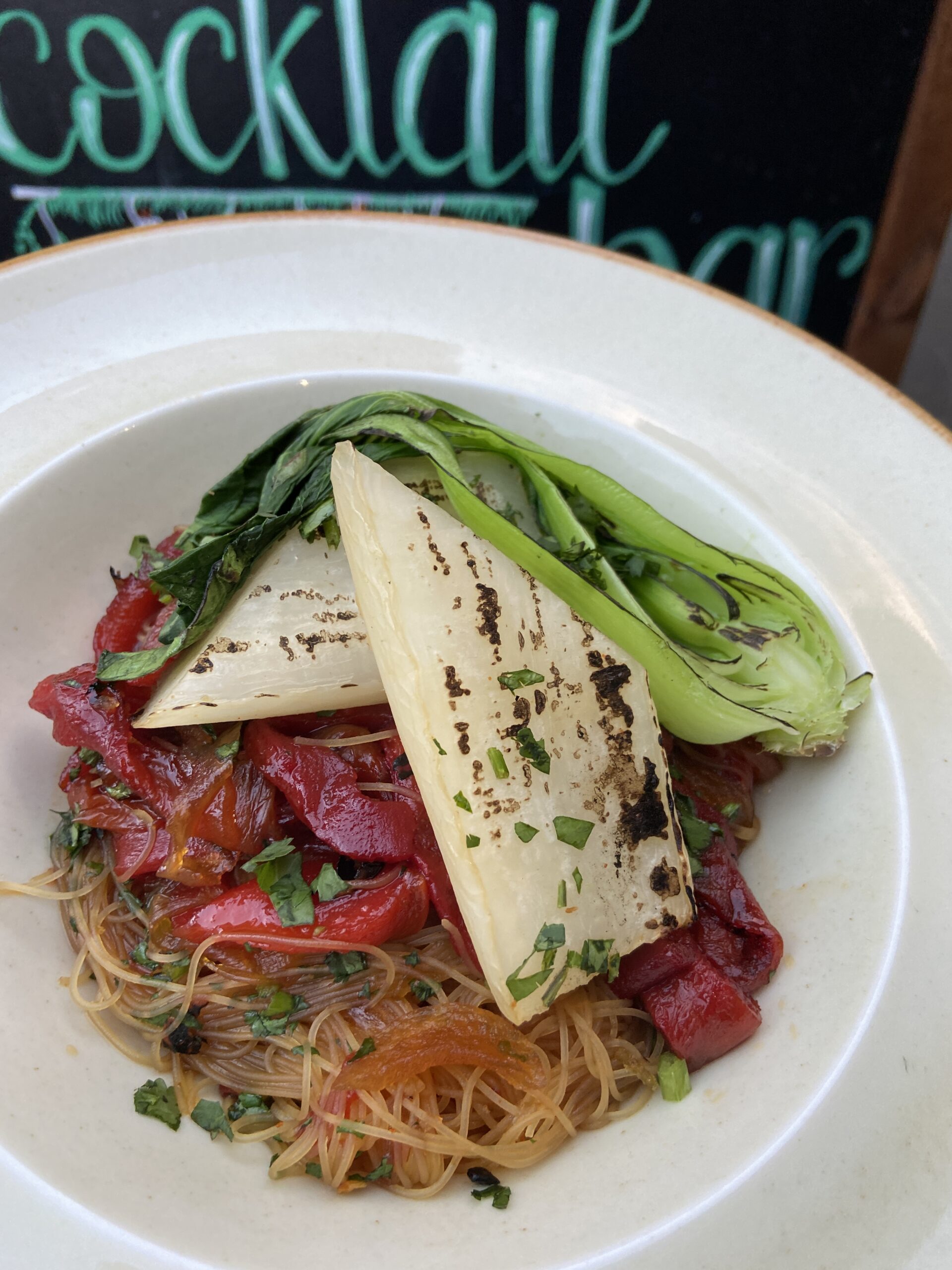 Other sides include the Southern Fired Tofu served with a sweet apple and chipotle dip (£3.50) or the Sweet Potato and Spinach Pakoras served with a refreshing mint yoghurt (£3.50).

For mains, there is a new Charred Pak Choi dish (£10) served with glazed mooli and roasted pepper vermicelli, a good drizzle of a soy, lime and ginger agave sauce too. 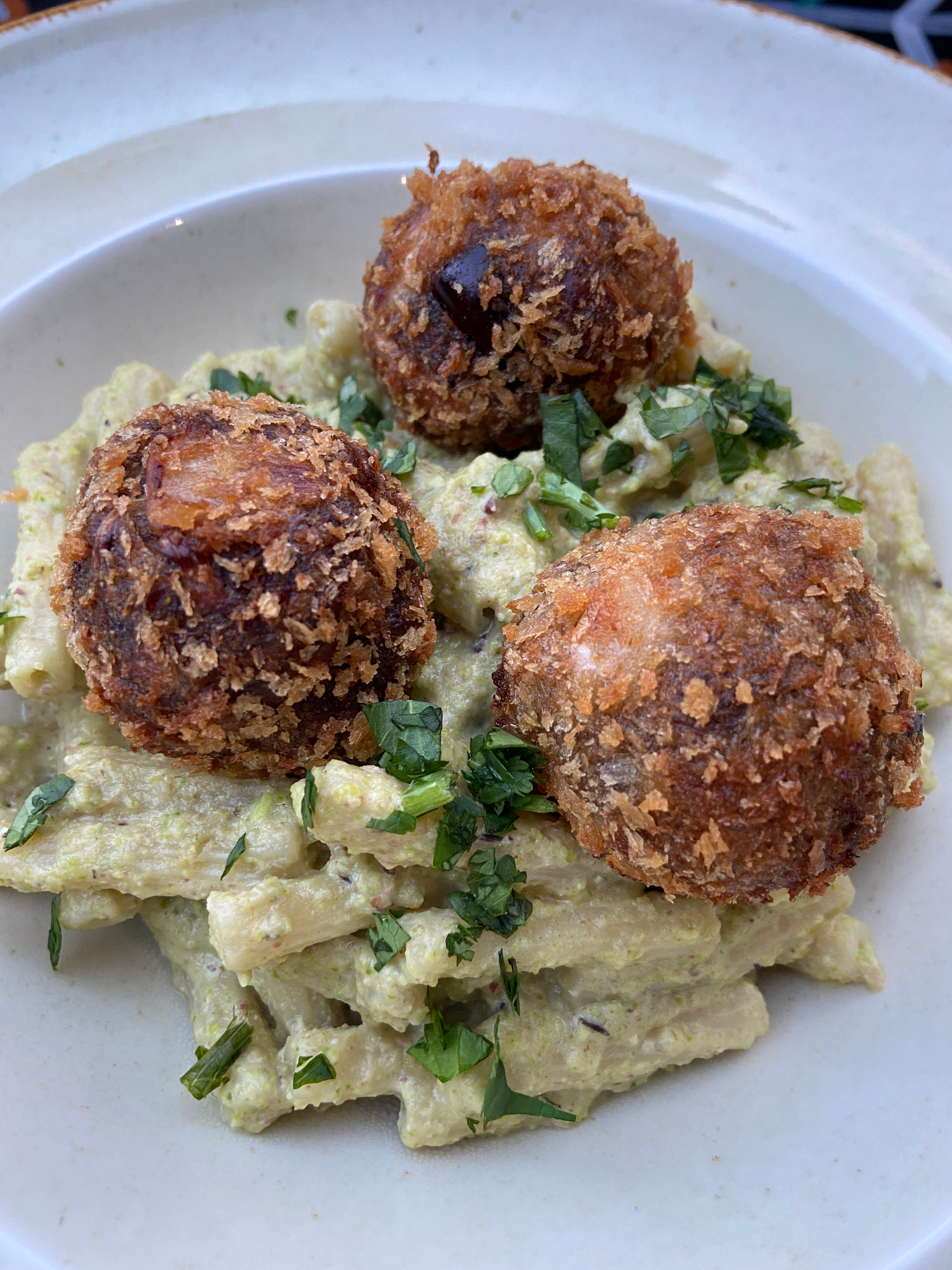 The classic and delicious vegan Pistachio Mac and Cheese (£8.50) served with three jackfruit bon bons is back.

The Aubergine Steak (£10) is back available too served with chunky chips, peppercorn sauce and crunchy tenderstem broccoli. 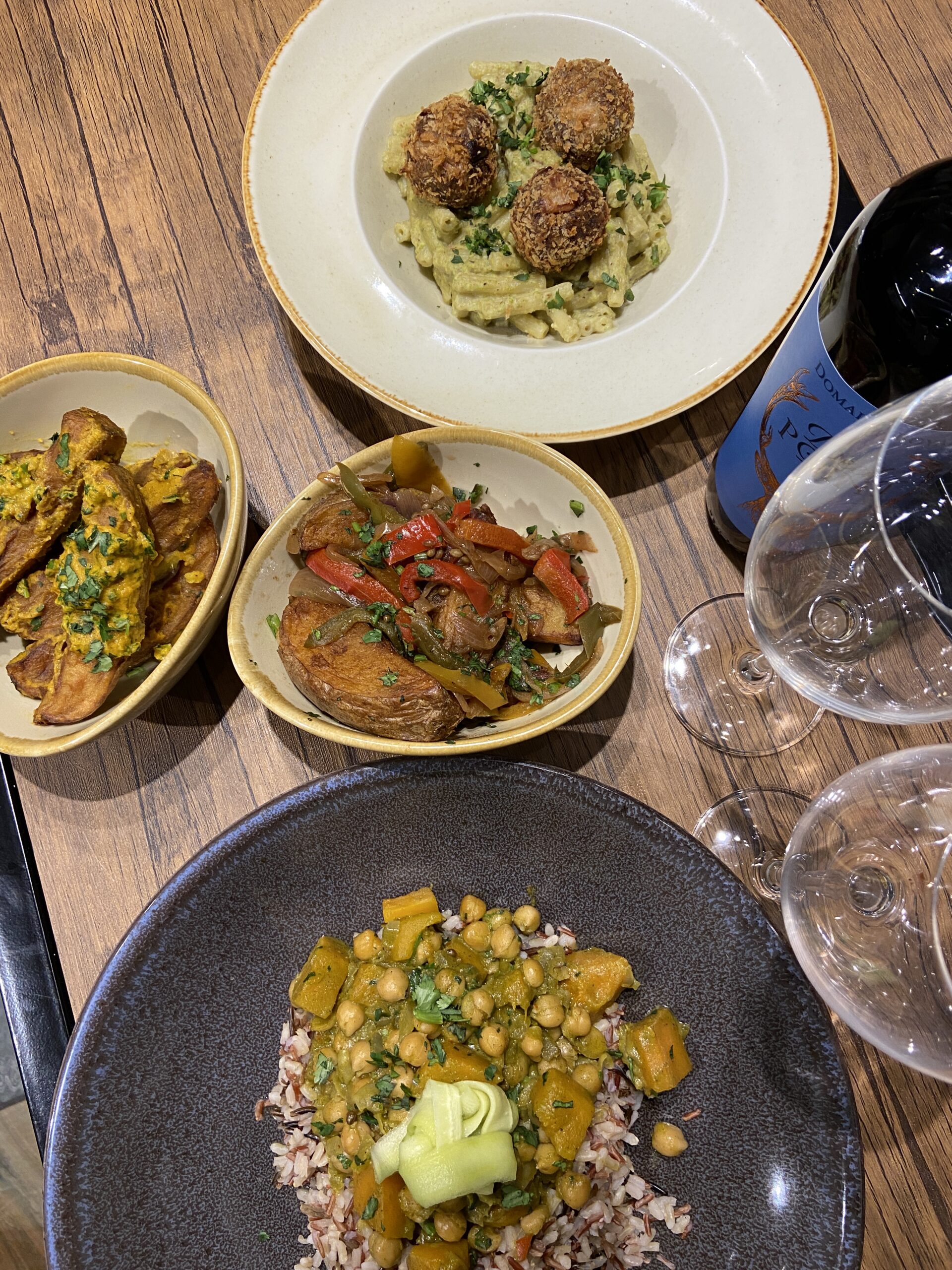 If you want to go all out you can opt for the Friday Night Out deal which features the sharing platter of hummus, bread, olives and marinated artichoke, two sides and a choice of either two cocktails (£25) or four cocktails (£35).

Drinks include a choice of house wine, your choice of beer or soft drinks or of course, one of their famous vegan cocktails.

You can expect all the classics like Espresso Martinis (£6.50) and a Side Car (£6.50), plus twists on classics like the Irish Storm which features, Jameson Irish whiskey, Kraken black spiced rum, homemade Guinness syrup, fresh lime and a Guinness top.

To order via Get Vegan Grub simply click ‘get food’ and enter your postcode – they’ll deliver Black Leaf within 4 miles. Orders over £35 include free delivery.