Have you ever felt like you were being watched in Blackley’s picturesque woodland? 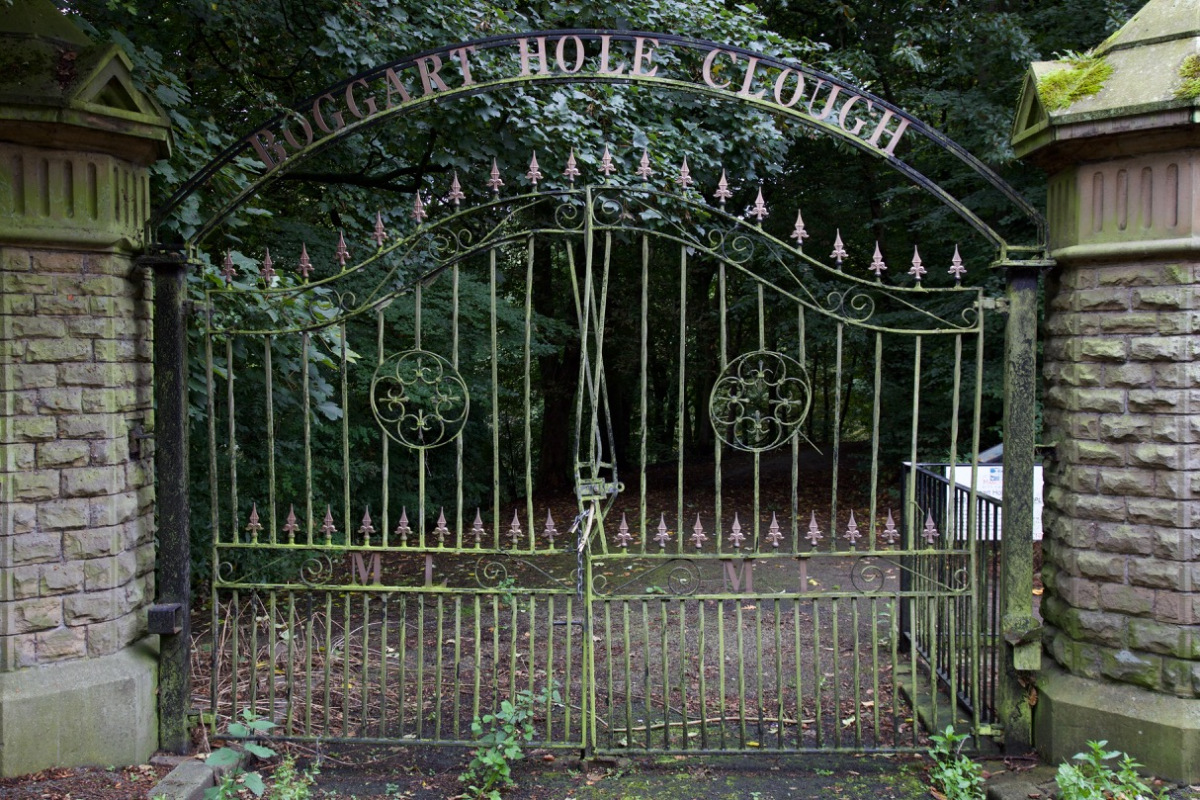 If you’ve read any of my other features in this ‘Haunted Manchester’ series of ramblings you will know that we have covered stately homes, churches and even the odd brewery, but one place we have never gone ghost hunting is in the forest.

Sometimes, especially when you live in the metropolitan centre of our great city, it is hard to remember that forests, hills and sprawling farmland still exist. However, just a short journey 3 miles northeast of the city centre in Blackley is a beautiful and very ancient woodland called Boggart Hole Clough. 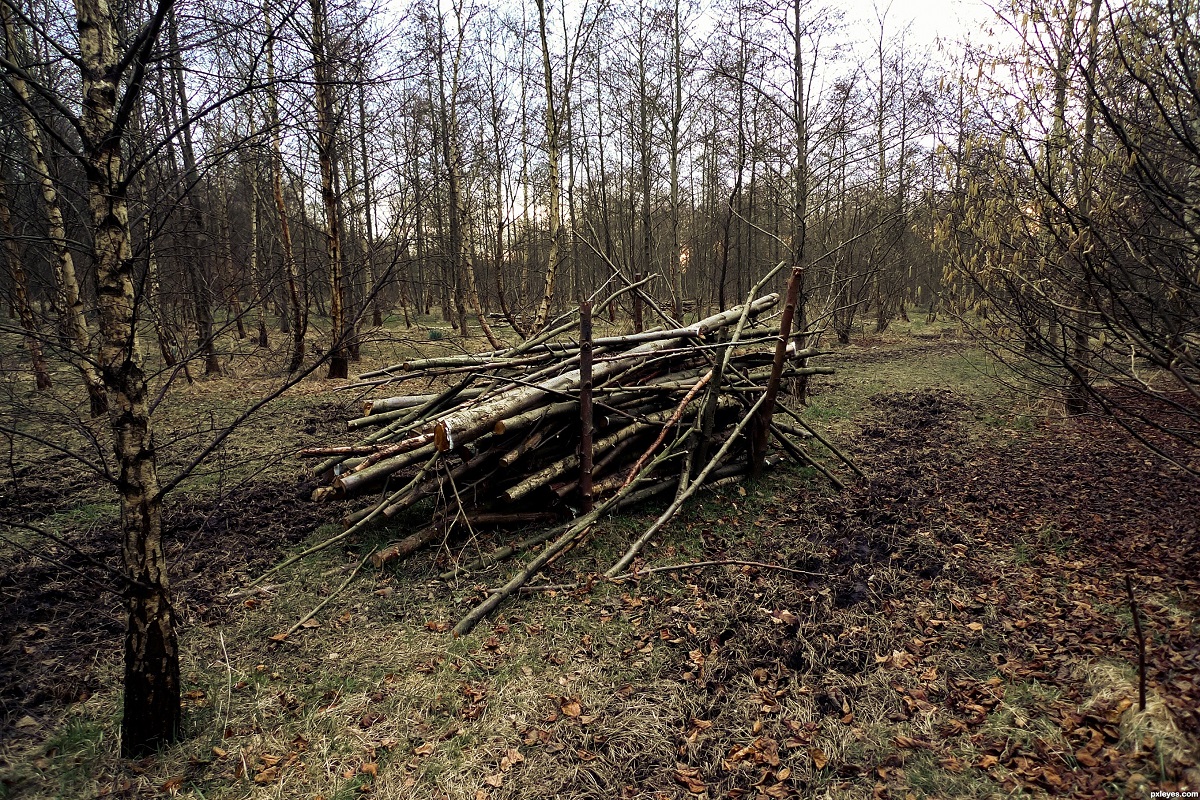 Covering 170-odd acres of dense woodland that envelopes several ‘cloughs’ (the local word for steep-sided wooded ravine) this dark forest has roots in the Bronze Age and is subsequently loaded with spiritual history and a general eerie ambience. Anyone else getting serious Blair Witch vibes?

The most famous legend that whispers through the trees is of the Boggart. Now, you might recognise the name from the Harry Potter franchise, and if you do, you will know that a Boggart is a mischievous, goblin-like creature, but did you know that this comes specifically from Lancashire folklore? That means here! 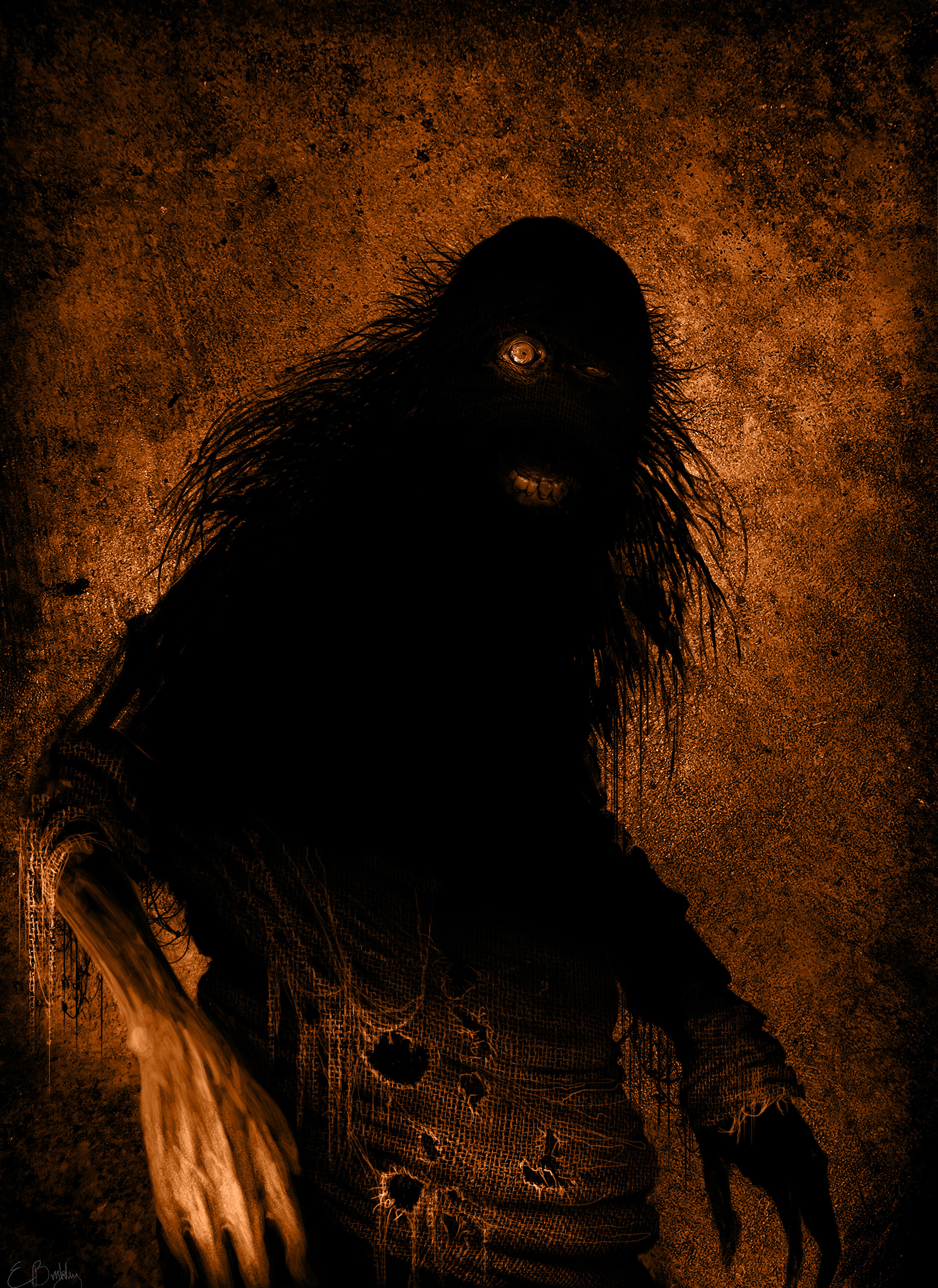 Boggarts have the ability to turn milk sour, to make objects disappear and to make dogs unable to walk. In fact, dogs do not like Boggarts at all, so do not be surprised when your pooch starts snarling at nothing among the trees at Hole Clough.

According to legend, the Boggart of Boggart Hole Clough inhabits an old farmhouse which has been left to crumble in the woods and is almost entirely encapsulated in dark foliage. However, Boggarts are also partial to hanging out under bridges, in various muddy holes, around sharp bends and in bushes – all of which Boggart Hole Clough has in droves. 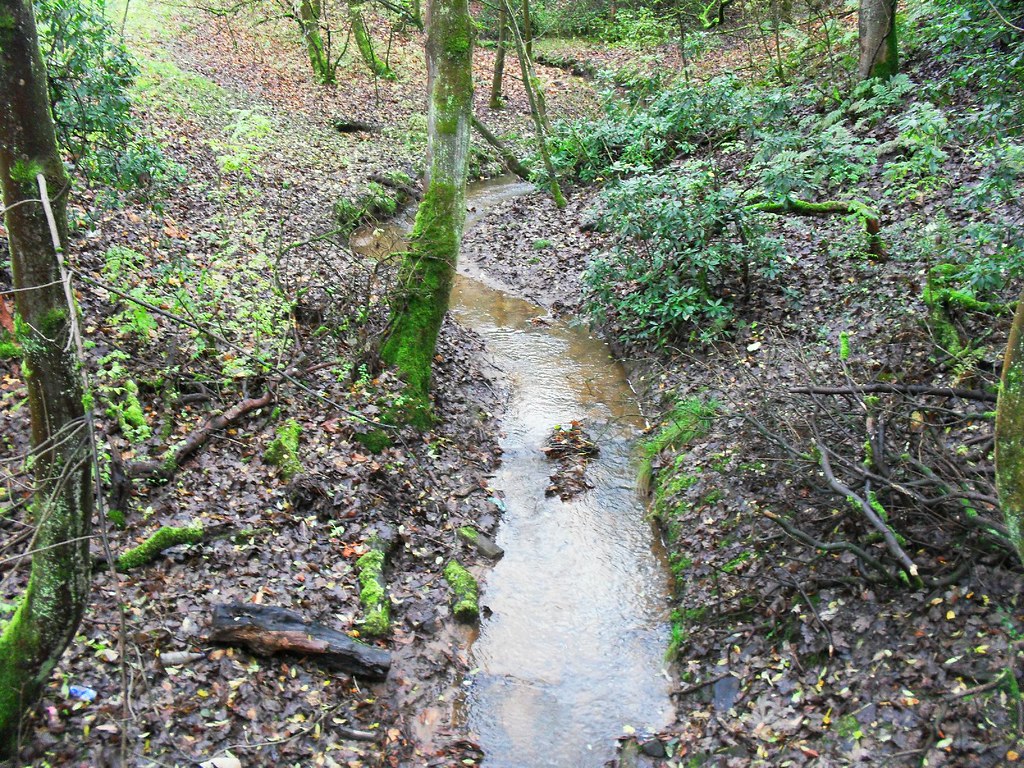 Most importantly, or should I say terrifyingly, Boggarts have a certain penchant towards children, and the cases of missing children in Boggart Hole Clough since the 18th century are numerous.

It’s got to be said at this point, the addition of numerous playgrounds and tennis courts in the wood now seems like a stupid idea. It’s a bit like putting a tower of profiteroles in the middle of an Over-Eating Anonymous meeting and wondering why no one loses any weight… if you believe in Mr Boggart that is. 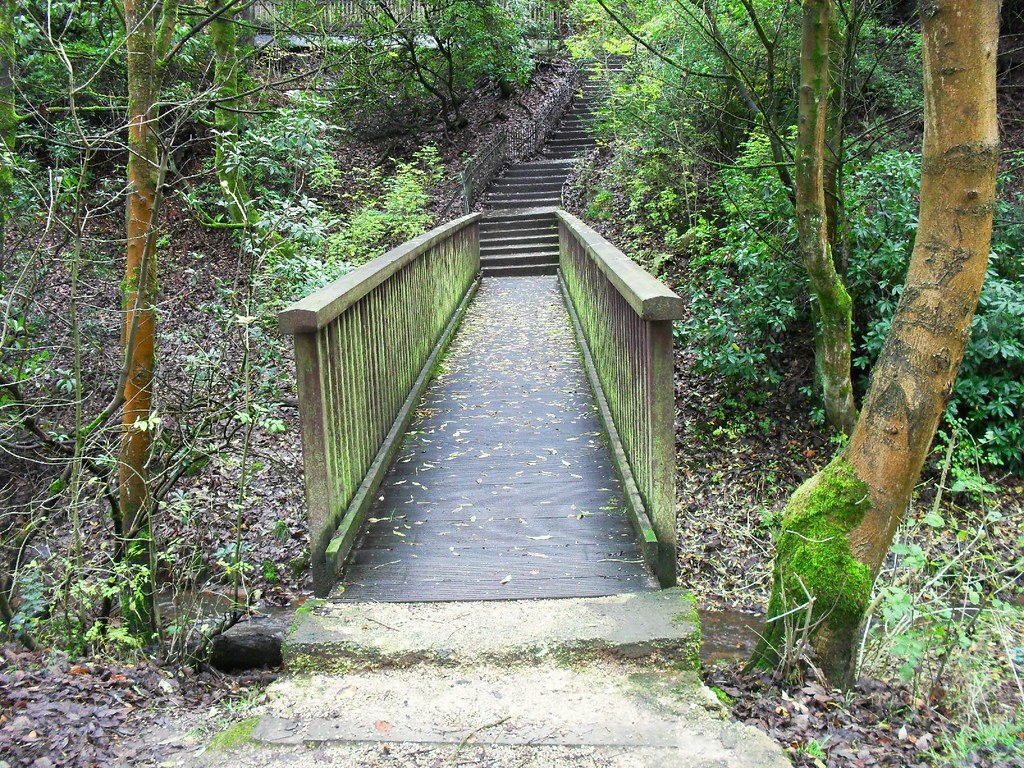 Speaking of Mr Boggart, all the folklore books suggest that the WORST thing you can do with a boggart is give it a name. If you do, it will attach itself to you and pursue you to the ends of the earth until it has you in its spindly fingered grasp. Wait, does Mr Boggart count as a name? Shit.

Looks like I don’t have long left to live, so I’ll wrap this one up. Boggart Hole Clough is clearly creepy A.F with its thick lining of trees, dark foliage and steep muddy gulleys and if a malevolent, child-eating monster was to live anywhere it would probably be here. 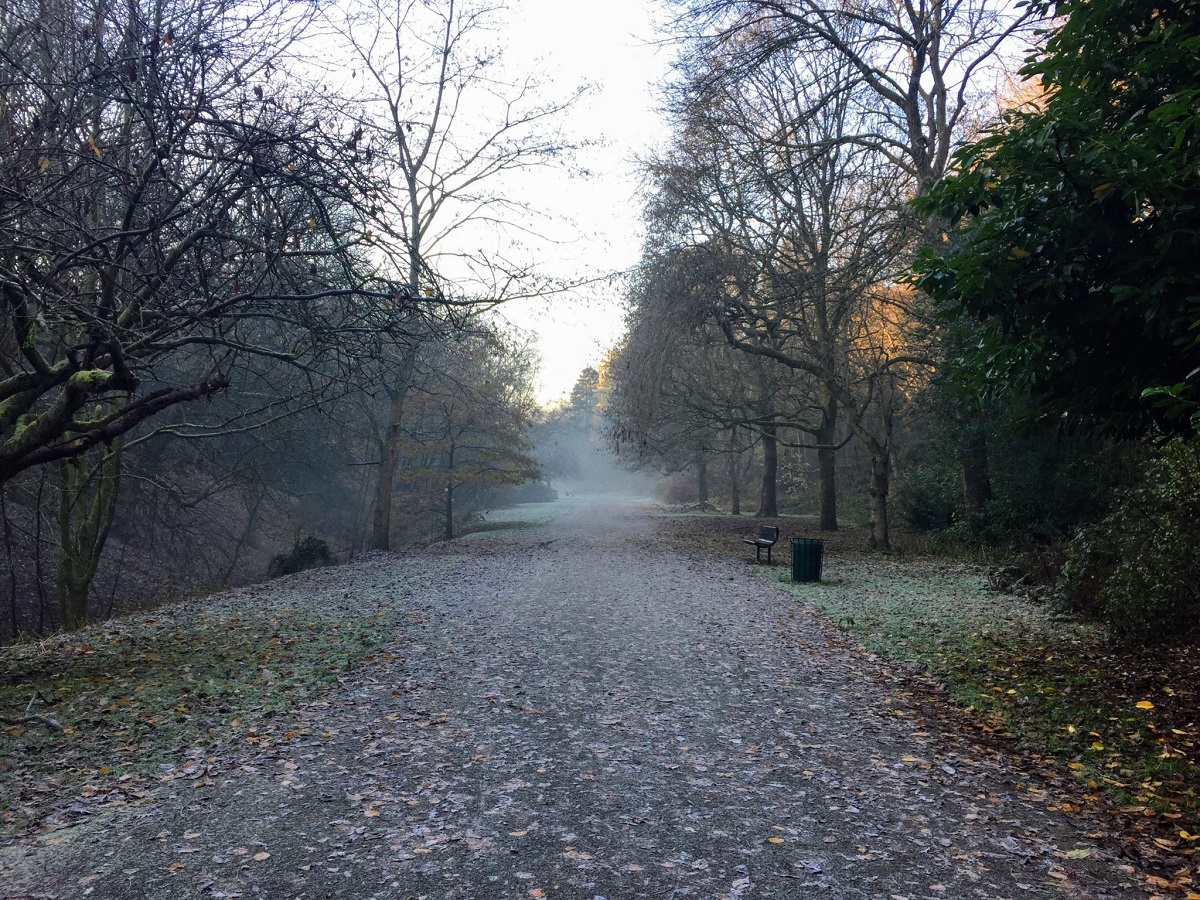 That being said, if anything was to give you the willies, it would be a quiet woodland with creaking branches and the wind whistling through the trees to the tune of ‘the Boggart is going to get you’ and so it is hardly surprising this stretch of land is home to countless haunting tales and legends of this nature.