One of the oldest pubs in the region is also the most haunted... 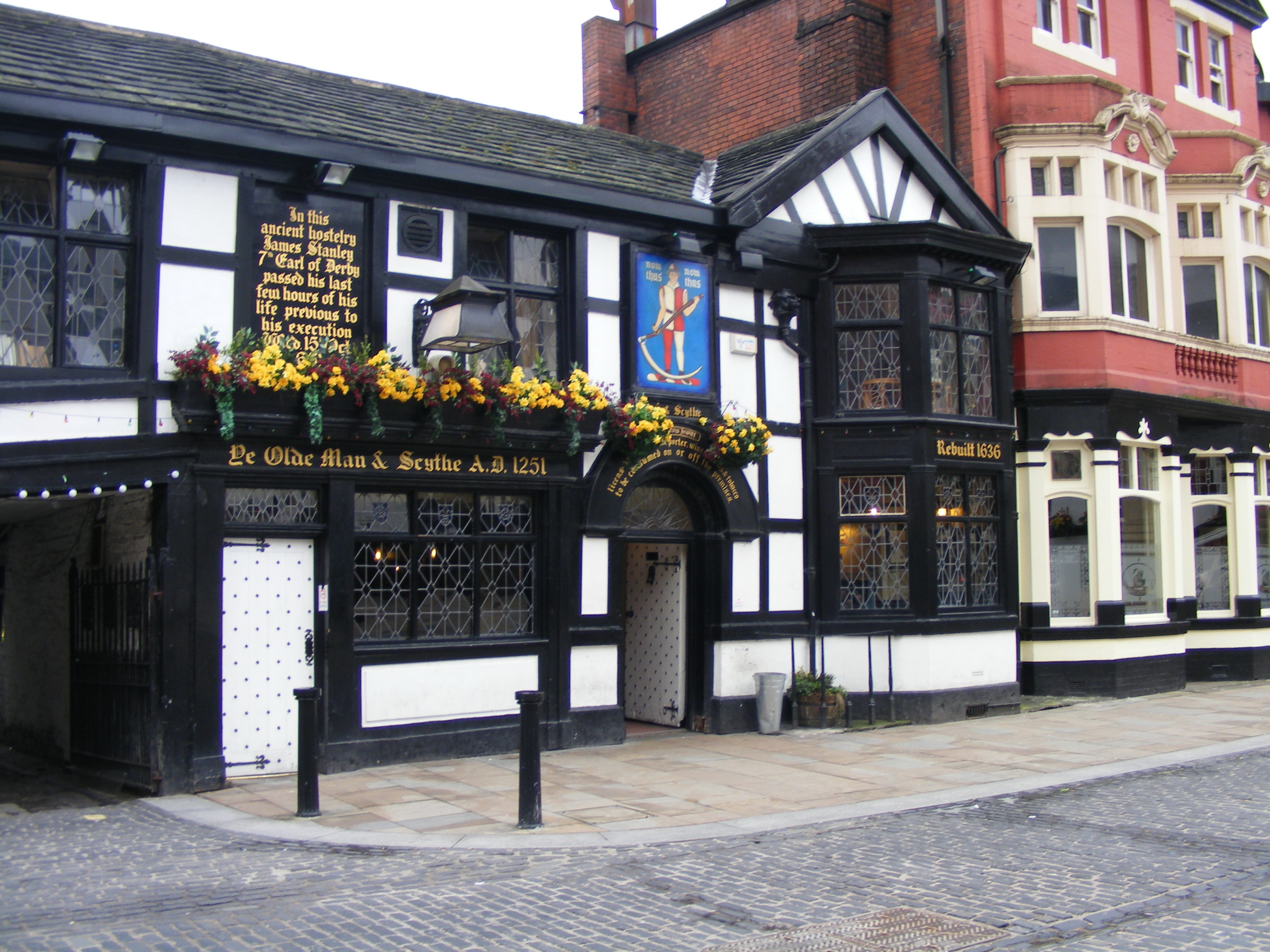 I don’t know what it is about pubs and ghosts, but in so many instances the two go hand-in-hand like Turner & Hooch, Beavis & Butt-head and erm… Benson & Hedges.

Most people will say “it’s just the drink!” and in many instances, I’d be inclined to agree. Nothing makes you see things, hear things and bullshit more than 12 pints of ale – and so this is the most likely source of anything supernatural coming from a boozer – especially with all of those ‘spirits’ knocking about. 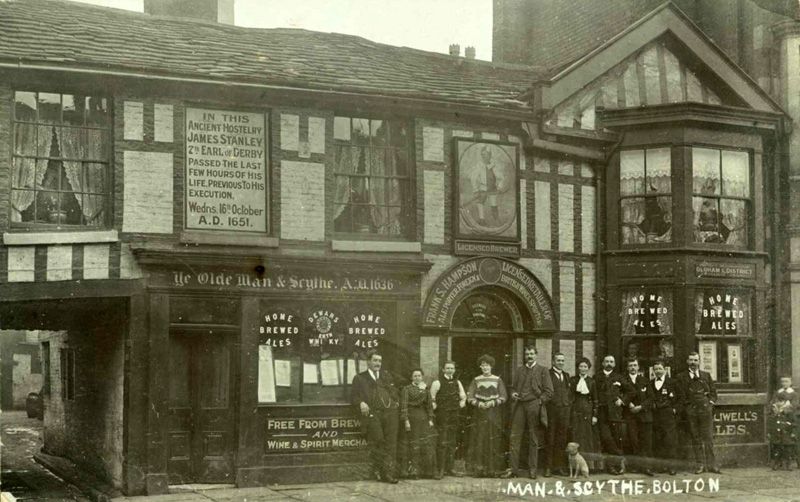 This week on ‘Haunted Manchester’ we’re going to delve deep into the history of the oldest pub in Bolton – the excellent Ye Olde Man & Scythe which opened all the way back in 1251 on Churchgate in the centre of town.

As is usually the case with things that go back 800 years, there’s not much information on the exact date of when it was built, but the Town Charter of 1251 mentions the pub by name, so we know it was there around that time. 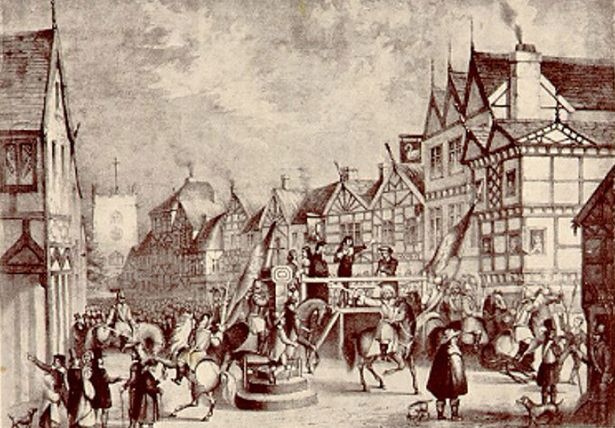 It’s definitely been rebuilt a few times over the ensuing years though – with the current frontage dating from sometime in the early 20th Century. Inside though, there’s still features that date all the way back from 1636.

Back in 1651 the Earl of Derby, a bloke called James Stanley was executed right outside the pub for his part in the ‘Bolton Massacre‘. The massacre, sometimes known as ‘The Storming of Bolton’ was a major event in the English Civil War, where Royalist forces stormed, captured and subsequently slaughtered 1,600 people.

Seven years after the events of that day, Parliamentarians (who won) marched up to the pub, which was owned by Stanley’s family, grabbed him and took him onto the street outside. There he was beheaded for his crimes, and as nice little touch today – the pub still contains the very chair that the Earl of Derby was sitting on when he got collared by the bizzies. 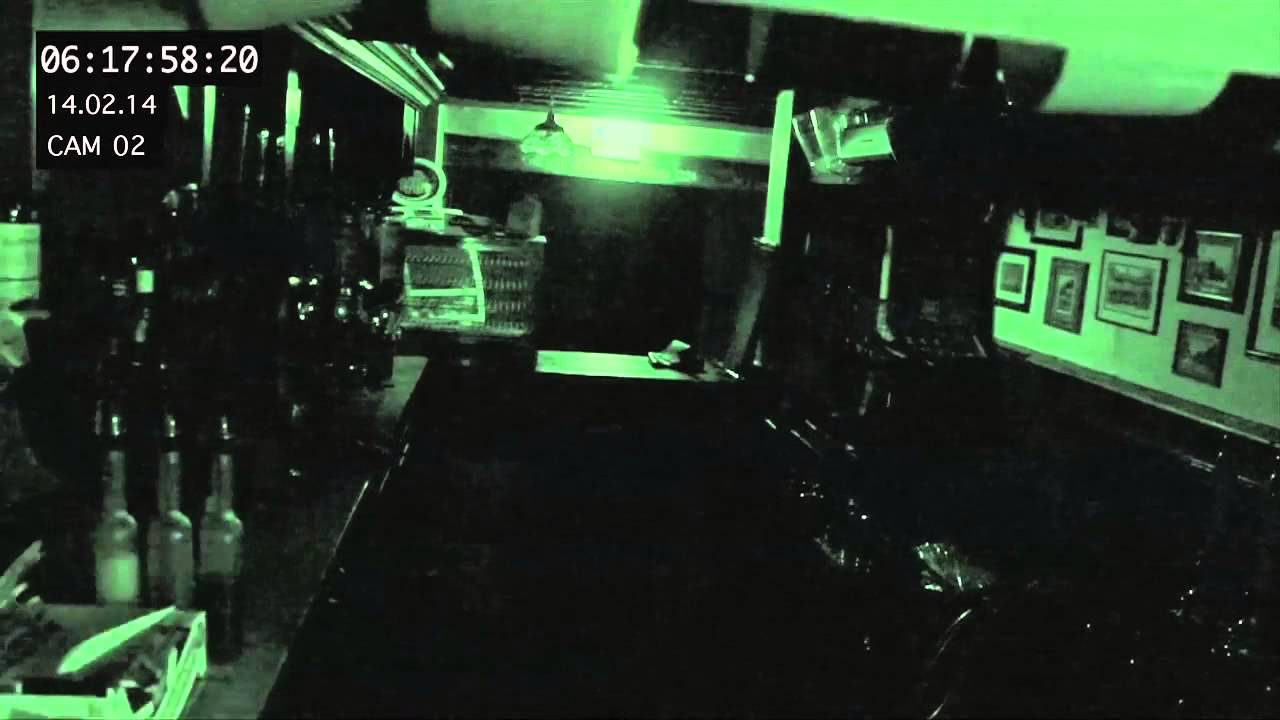 It’s said that James Stanley still haunts the pub to this day, smashing bottles and causing some serious mischief down in the cellar.

There have been a ton of spooky occurrences and people have even managed to catch some weird shit on CCTV footage – most noticeably a hooded figure emerging from the darkness and some pretty odd flickering lights.

The footage (if real) is actually rather shocking – there’s definitely something there and it’s definitely really scary. Don’t watch it late at night on your own with the lights off otherwise you’re not going to be getting any sleep at all.

So what does James Stanley want? Well, he’s obviously a bit peeved off that he got his head separated from his neck all those years ago. But, as a man that was responsible for the slaughter of more than 1,500 people – I’m pretty sure he deserved it.

He’s basically a spirit having a tantrum – even though he rightly got his comeuppance.

The hauntings in the pub continue to this very day, with weird stuff happening almost weekly. It doesn’t seem like he’s going to go away anytime soon and so when the pub re-opens after lockdown – you’ve got another reason to go down to Bolton and visit this rather excellent watering hole.

If you see or hear something – as always – let us know!

Meet The Sushi Masters Behind The Airstream Food Truck In Altrincham