Haunted Manchester: Peveril of the Peak

I don’t know what it is about pubs, but they all seem to be more haunted than Morticia Adams' knickers. 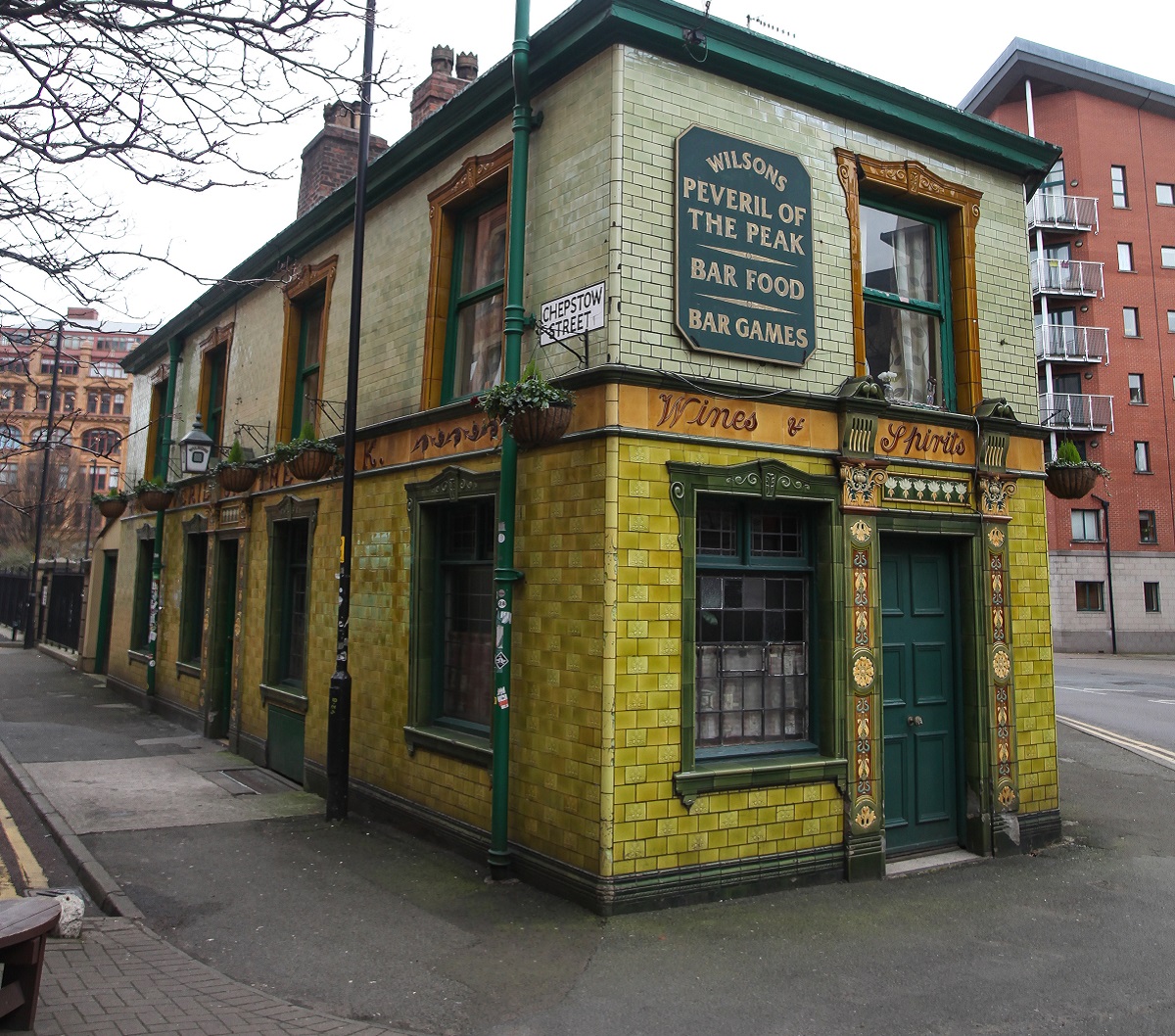 Perhaps it is because our pubs are some of our most treasured historical heritage sites that we keep open throughout the years with our excessive drinking. It’s not uncommon therefore for many pubs to be both incredibly old and teeming with history. Some pubs in the UK go back as far as the 12th century, which means a lot of people have lived (and more importantly died) within their walls.

Another idea, or explanation as it were, is to do with pub landlords.

I don’t think it will come as a surprise to learn that it is pretty hard work managing a pub – you know, late nights, early mornings, cooking, cleaning, changing barrels and dealing with drunk people pretty much all the time. I guess once you get into that routine, old habits tend to die hard.

….even when you’re dead. 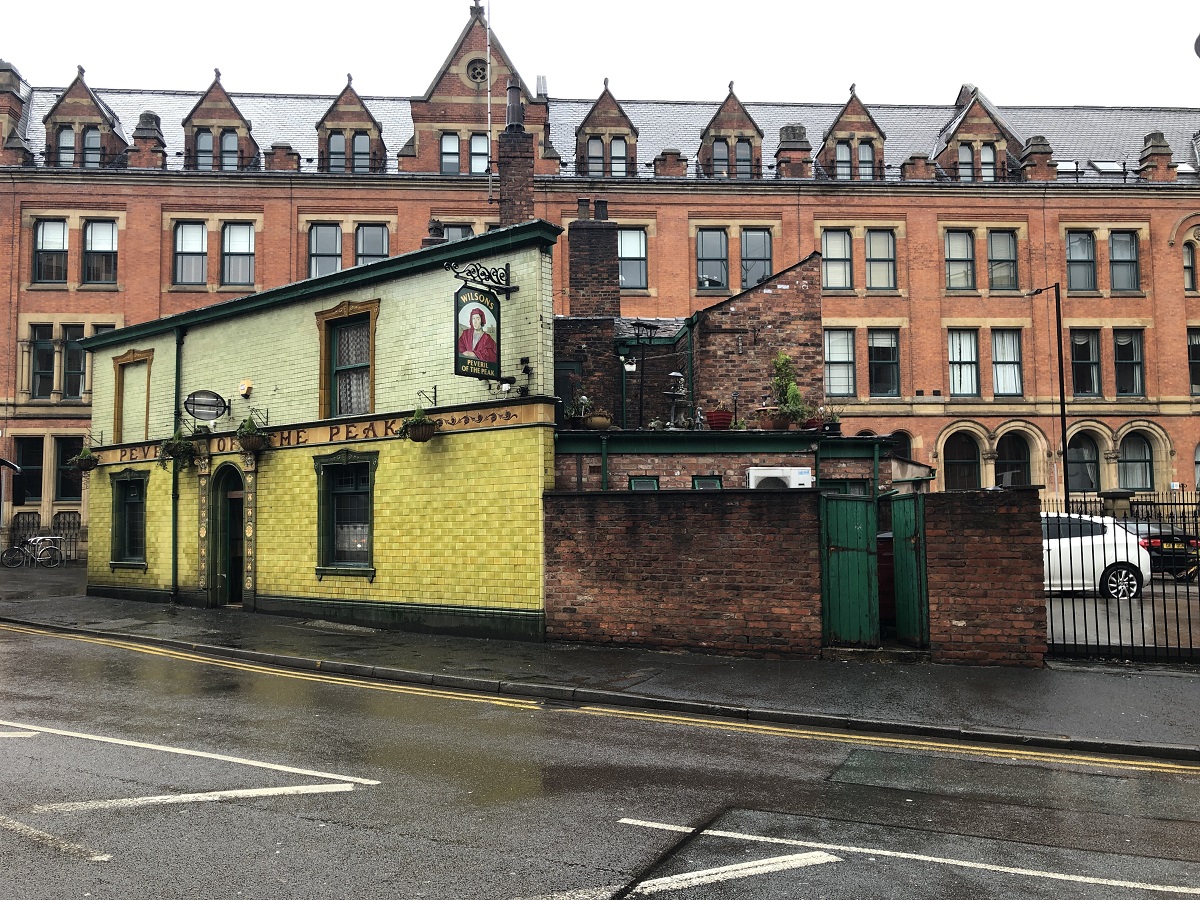 The reason I say this is because pub ghosts never tend to be malevolent. It always seems that they are just trying to lend a hand to the (living) management by picking up a glass or two or giving the odd guest a jolly good kick in the back when they’ve had enough to drink.

One really good example of this is the ghost which apparently haunts legendary Manchester boozer Peveril of the Peak.

Sitting on an island of land between Bridgewater Street and Chepstow Street, Peveril on the Peak is a Manchester institution which has been feeding us with a fine selection of ales for close to 300 years.

Built in the early 19th Century, this pub is certainly bursting at the seams with history and I’m not sure what tells us this more – the original emerald green cladding on the exterior, or the stunning Victorian oak interior. 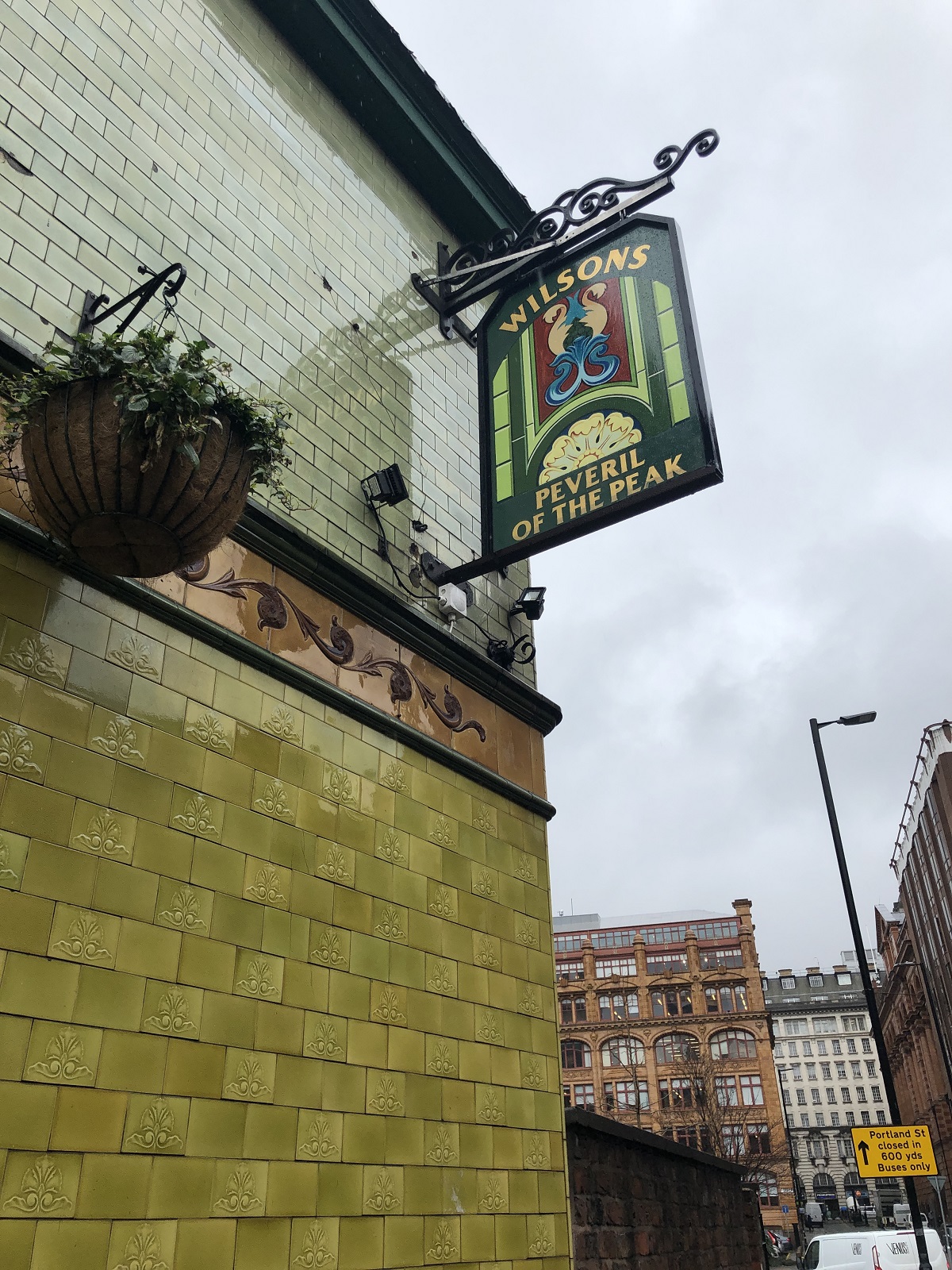 The pub has been in the same hands for more than four generations, and the current landlady Nancy and her son Maurice are positive a paranormal presence haunts the pub… and he/she seems to be an obliging and hospitable spirit.

Maurice once famously said in an interview describing the ghost that “customers have seen pint glasses levitate off the bar and fall into the glass-wash,” both him and his mother describe the presence has “like having a ghostly helper”.

That isn’t the end of the ghostly-goings-on either. The family and regulars alike have experienced much more than this over the years such as broken glass disappearing, ashtrays being emptied on their own accord and the tax return paperwork getting filled in with BLOOD every year before April 1st. 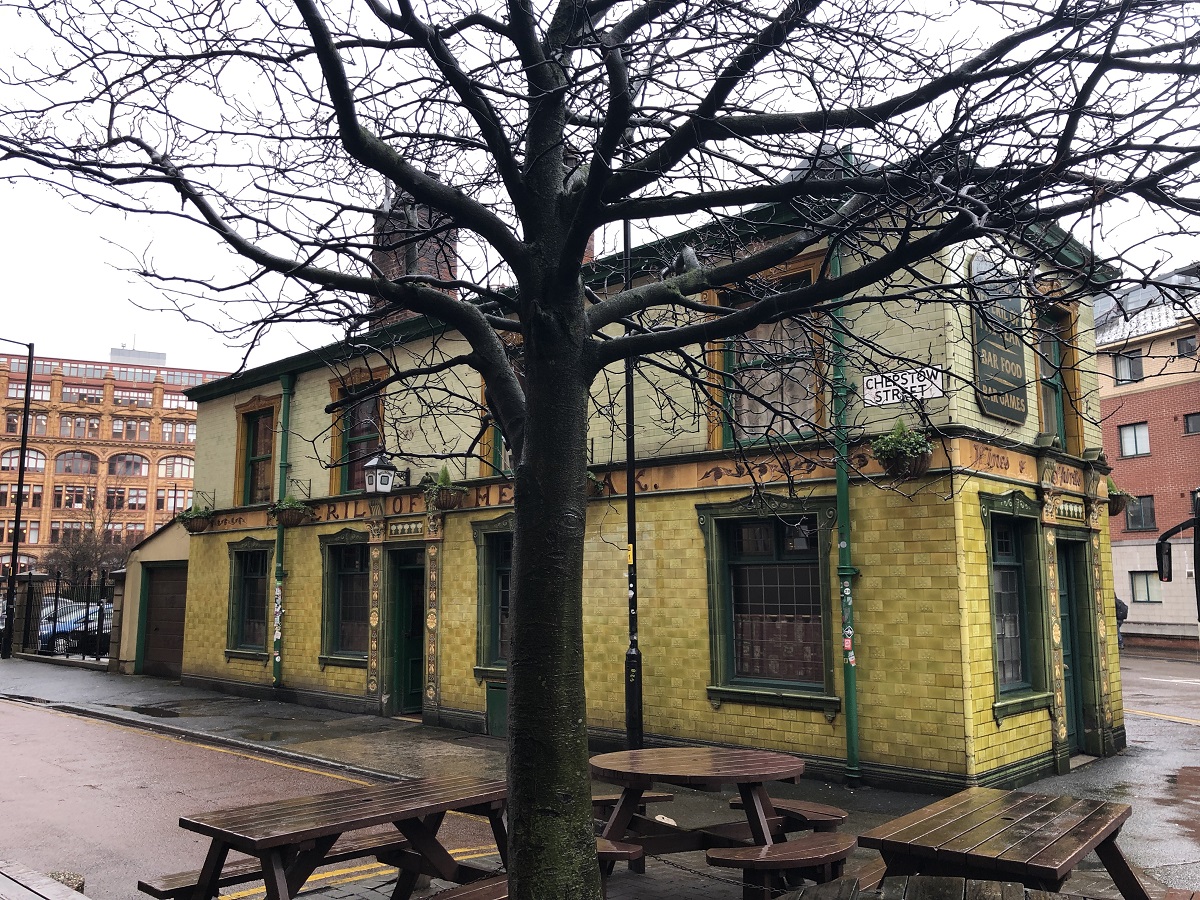 Alright, I’m joking on that one, but I spoke to the guys at the Peveril and they told me some real stories which mainly revolve around chairs moving, glasses levitating and a general sense that someone is intensely watching you.

Maybe it’s true and maybe it isn’t that Britain’s pubs, like Peveril of the Peak, are haunted by a gaggle of considerate spirits who are up for a bit of clearing up, but at least it means the landlords can save a few pennies on staff. I heard they still like to split the tips though…