Len Hamilton may not have been born in the city but he has not let that stop him from making it his home and blazing an impressive business trail. 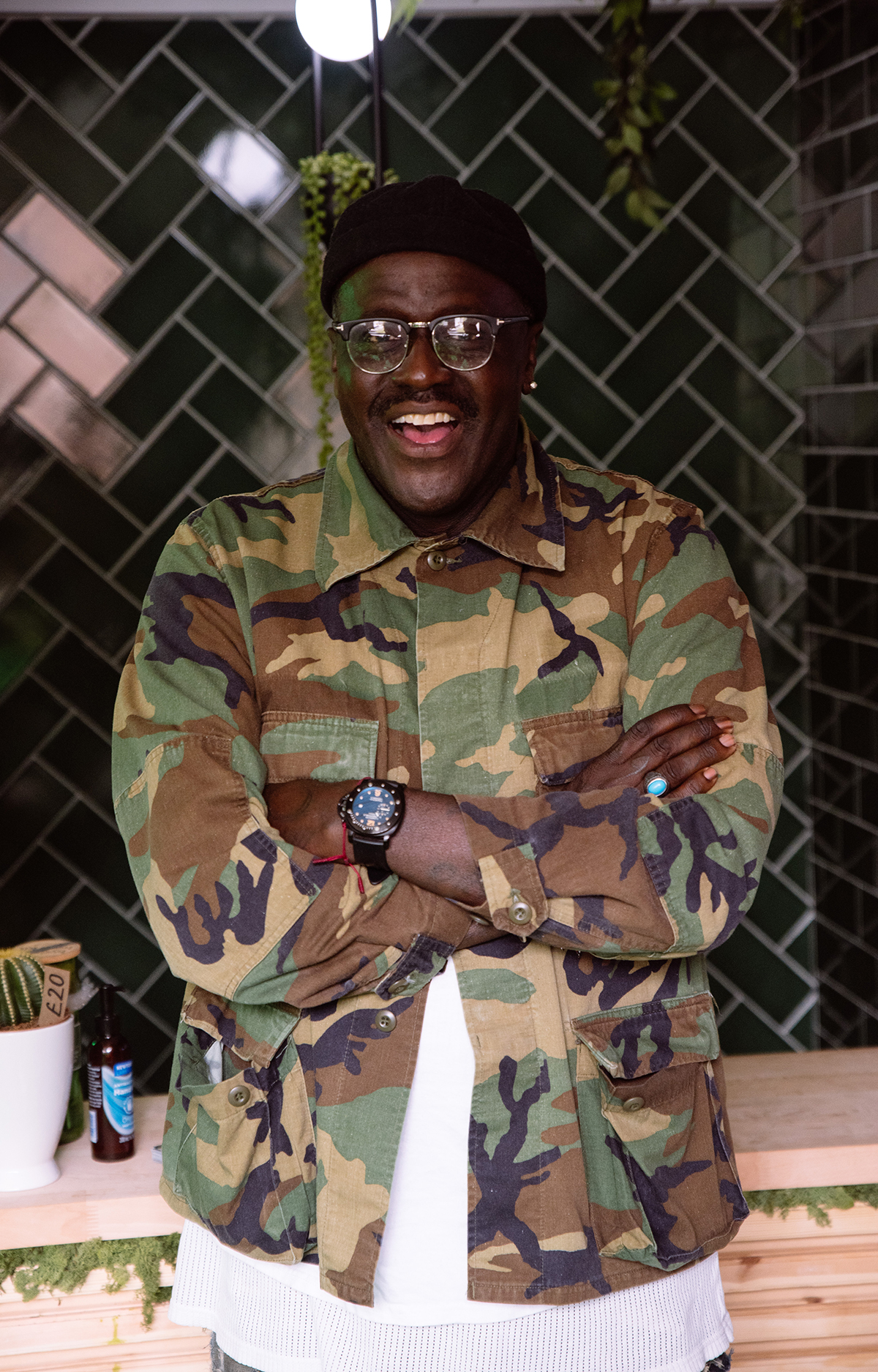 Born in London and raised in Birmingham, Len Hamilton has been an adopted Mancunian for over 15 years. The owner of three businesses – Northernlights Agency Ltd, fashion brand B4BASICS and Northernlights Home Plants & Lifestyle Store in Ancoats, he has certainly made his mark in the city. With a background in music and retail, Len got his break when he became a fashion buyer for Size?.

From a young age, Len developed an incredible work ethic which was passed down to him by his parents – his dad worked in Leylands and his mother was a cook. His very first job was sweeping the floor in a local butchers after school. Despite life being hard for him and his family, he never really felt that he missed out on anything. His journey into the world of fashion started at Shelleys Shoes. It was here that he met and served the Area Manager for Flannels who was so impressed by Len’s service that he asked him to come for an interview. Len didn’t pursue this as he felt that his personal style was very different to the suited and booted look of Flannels staff (Len was a lover of tracksuits – Adidas, Nike, Naff Naff, Lacoste, Fila, Sergio Tacchini and Ellesse). Following this, Len was approached by GAP, which he felt was more suited to him. He quickly rose to the position of Floor Manager and once again bumped into the Area Manager from Flannels who this time, persuaded him to come for an interview. He accepted an offer of employment on one condition – he was able to dress differently to other members of staff. His more laid-back look translated to sales due to customers liking his relaxed and approachable style. He was popular with the footballers of the day, one of them being Stan Collymore. 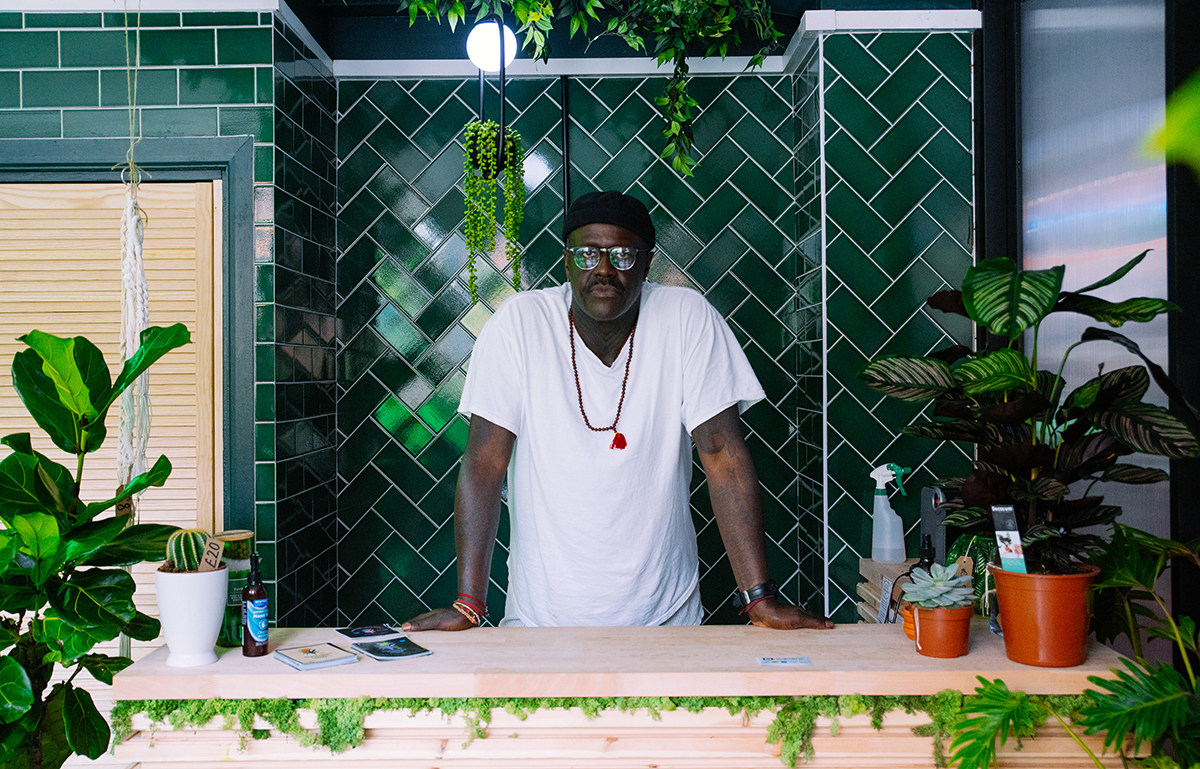 Next Size? came knocking and once again Len accepted a position with them on a condition – he was offered the role of Store Manager. He wanted a buying job. The buyer who offered him the job agreed to this condition. Not long after joining the company, the buyer who had recruited him was promoted to director, and immediately gave Len his previous role. It would be this role that would lead him to set up his own agency in 2004, Northern Lights, with his late business partner, Nigel Eley (The first two letters of the agency name were taken from their first names). Although his experiences in the world of work have been more positive, Len believes that his late business partner being Caucasian, definitely helped to open doors for him in the fashion industry. They worked hard and built a solid reputation for their agency which led to opportunities with brands such as Fatah, Original Penguin, Humor and Sperry Armorlux. 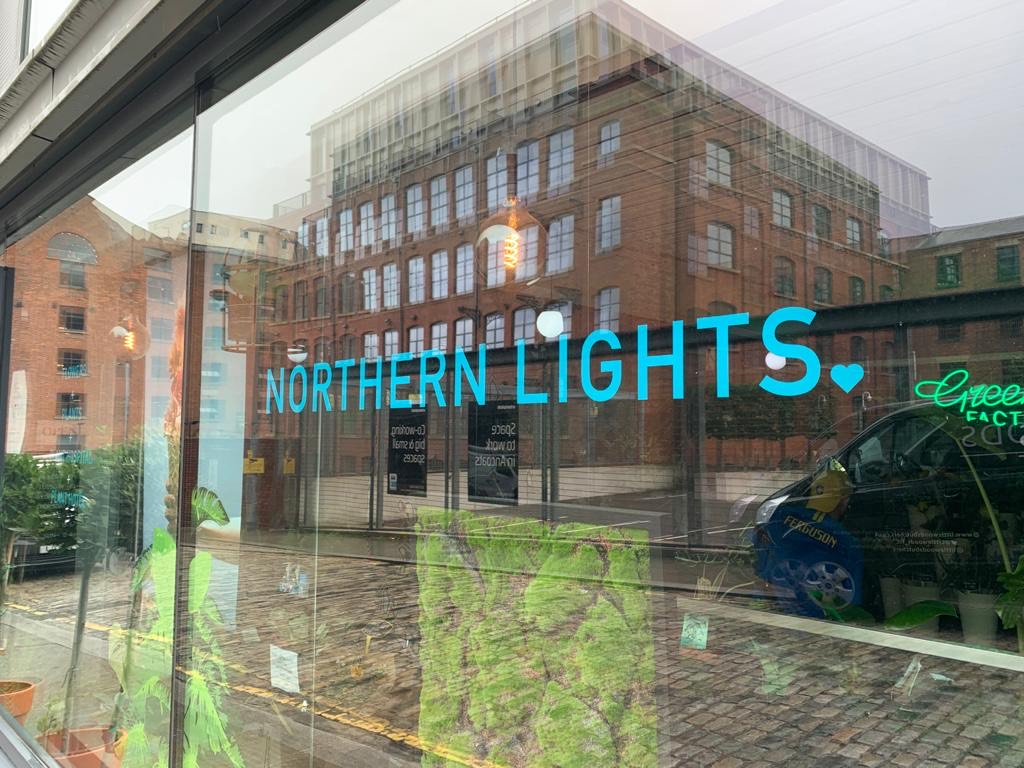 The blue heart that Len uses for Northern Lights is dedicated to Nigel Eley who passed away in 2018. 10% of all profits from B4BASICS goes to Nigel’s chosen charity, the Cystic Fibrosis Trust. 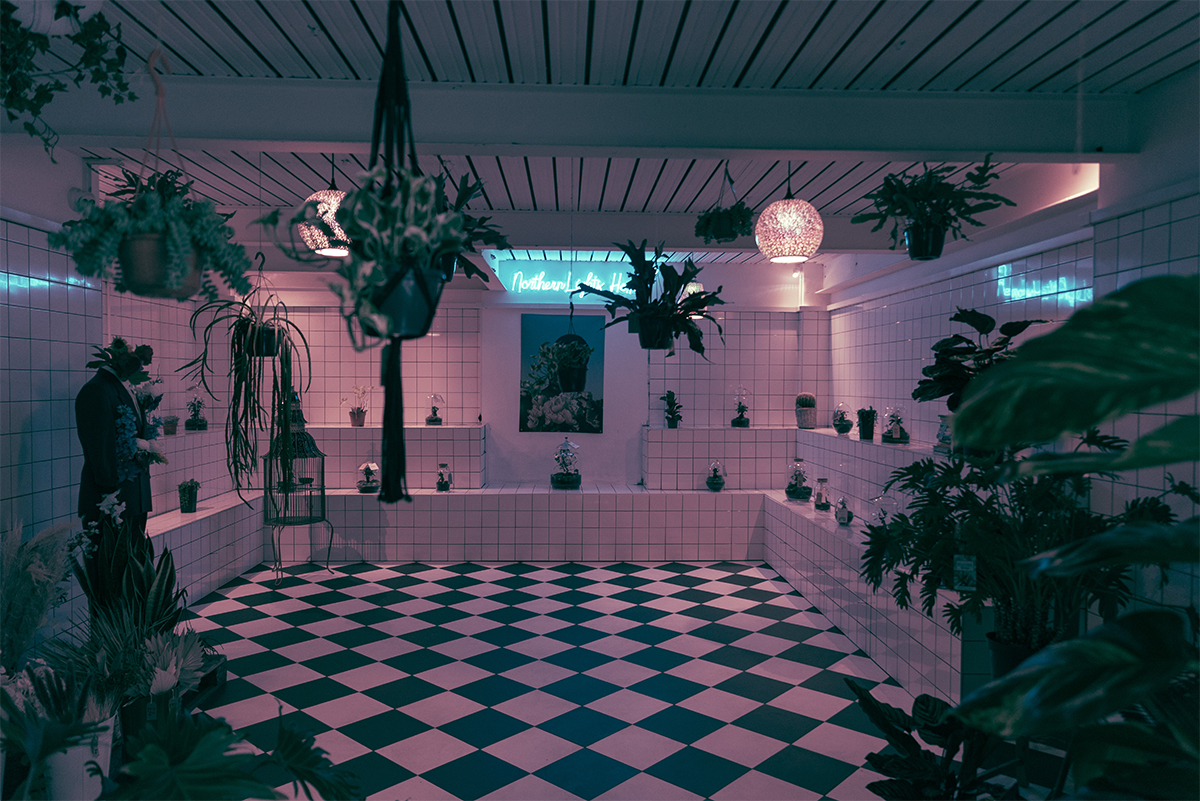 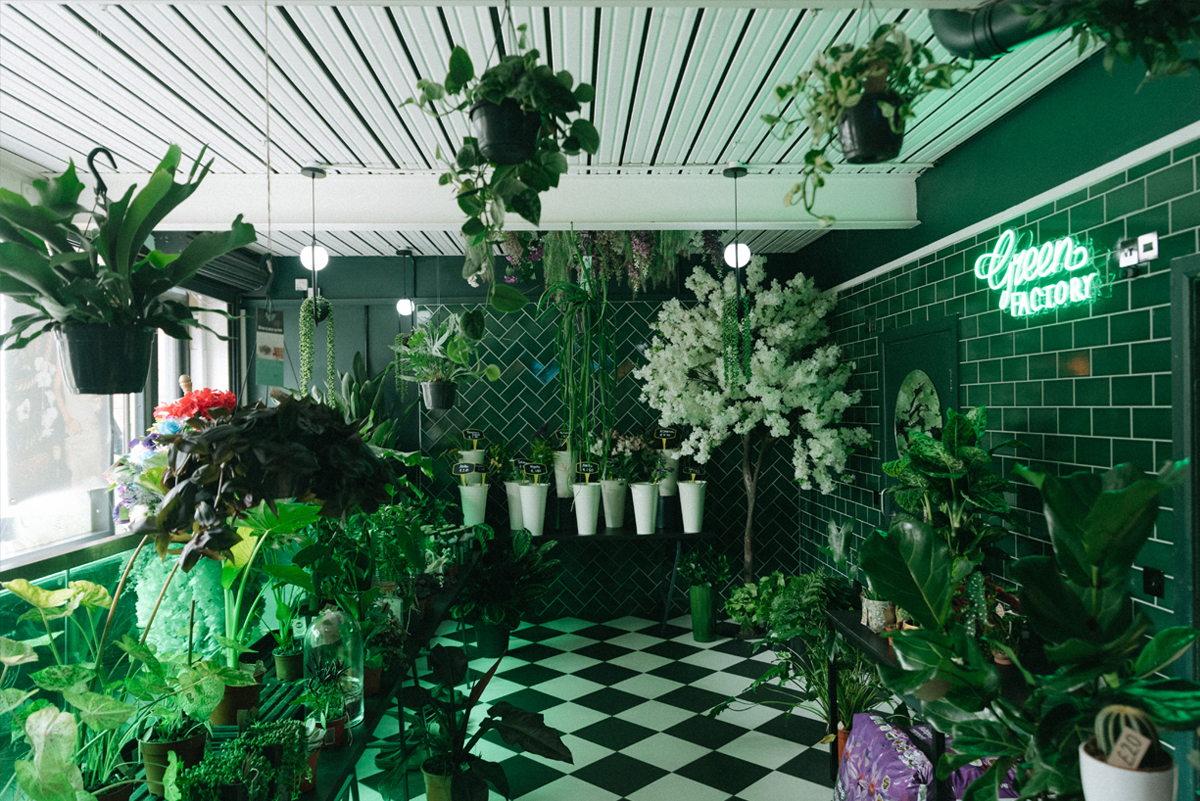 More recently, Len opened Northern Lights Home – a plant and lifestyle store in Ancoats. This came about as a result of losing his business partner – he needed something to help cope with his grief and occupy his mind. Plants are known to have a very calming effect, plus there was a gap in the market, so he decided to go for it. The store also has an alcohol licence and will be adding homeware, skincare, art and candles to its repertoire. Len describes the look of his store as a high-end coffee shop that sells plants. He also acknowledges the fact that a black man owning a shop selling plants goes against certain stereotypes, and says that 90% of people have no clue that the store is owned by a black man, nor would they care.

It’s important to note that Len wants both of his businesses to be judged on merit and because of this, he does not go out his way to shout about the colour of his skin. Like me and many other black people, he wants opportunities, not handouts. Sadly, he has faced his own fair share of negative experiences. One of his earliest memories was a visit to a swimming pool with friends when he was 13 years old. Len and his brother were faced with someone shouting ‘everybody out, n***ers are getting into the pool’ whilst others started to laugh. It goes without saying that this experience left him feeling very degraded but it also led him to becoming extremely driven and a stronger, more resilient person. 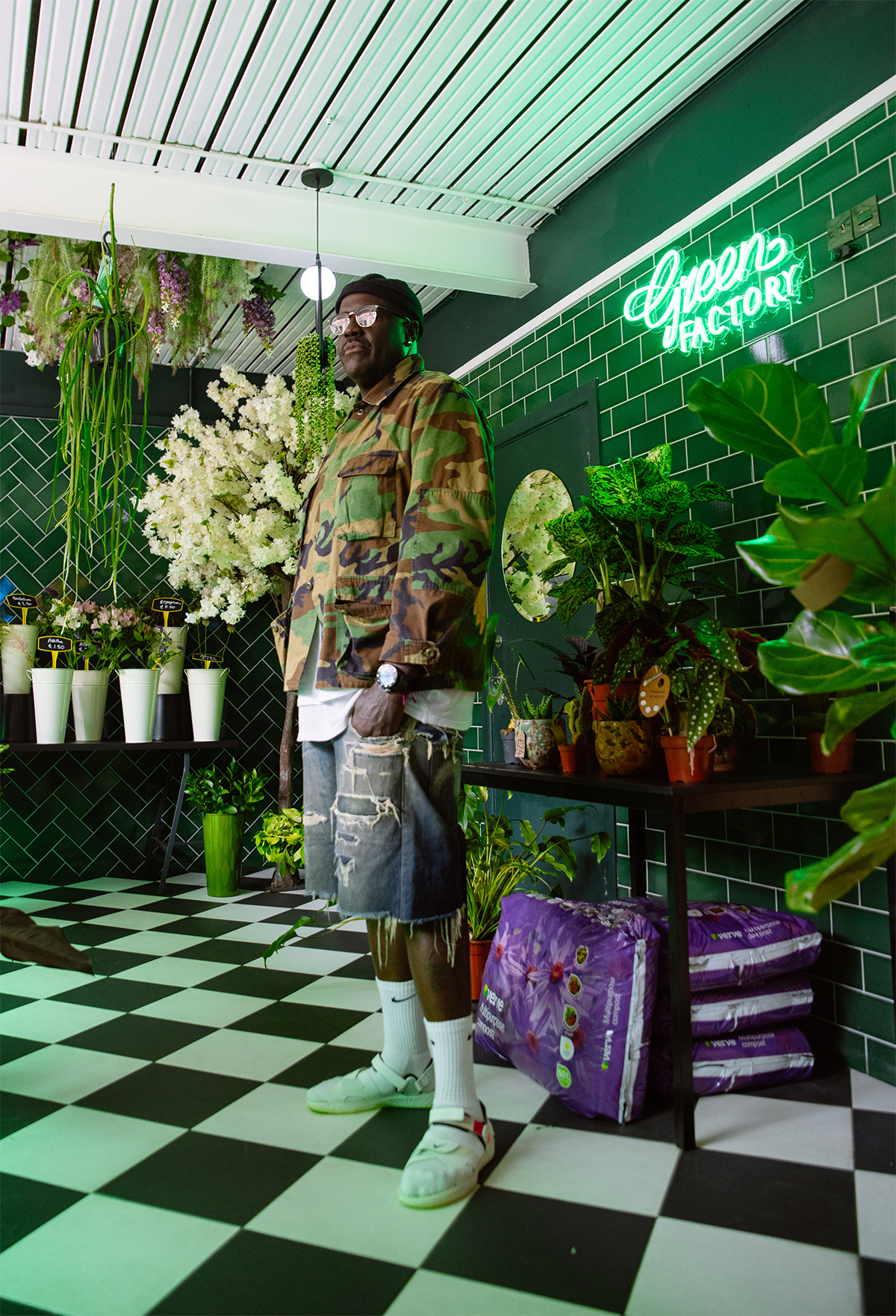 When it comes to being an agent for change, Len believes that it’s important to be a role model for the youth and demonstrate that black people can get ahead if they are prepared to work hard. He feels that we need role models to go into schools, colleges and universities and talk to young people in order to help prepare them for what the real world is like in terms of the experiences that people of colour will face. “I think that Black Lives Matter has brought the conversation to the forefront but it doesn’t take away from the fact that this is a deep-rooted problem that black people have learned to live with and accept. The colour of our skin has meant that there are automatic stereotypes about who you are before you have even had a chance to speak.” Len and I share the view that there needs to be more black people in senior leadership roles as this will help to motivate others and even out the balance for future generations.

One thing that I found very refreshing when I interviewed Len, was that he feels that the issues he faces as a result of his colour from a business point of view have been significantly less due to the solid reputation that he has built up over the last 15 years. He wins new business due to the fact that this brilliant reputation precedes him and people know his capabilities. Sadly, the pandemic has impacted the retail side of his business but he thinks that he will attract more business now due to the Black Lives Matter movement.

“It’s been amazing to see such a diverse group of people standing up for our rights. It makes me feel proud. We have never had this level of global support. I think it’s making people think and ask questions, why is this really happening, how long has this been going on, what can we do? People are educating themselves and trying to be more supportive. I think it will stop people from burying their heads in the sand, and empower them to use their voices for a greater good.”

When it comes to lasting change, Len hopes that for future generations, racism will be challenged from an early age through education. Also, the press has a key role to play in terms of being more fair when it comes to representation and portrayal of black people. Nobody is born racist. Whilst we are different in colour, we are the same in many other aspects of life. Ultimately, we are far stronger together than we are apart.

FIRST LOOK: The stunning new workspace hidden in the heart of the Northern Quarter