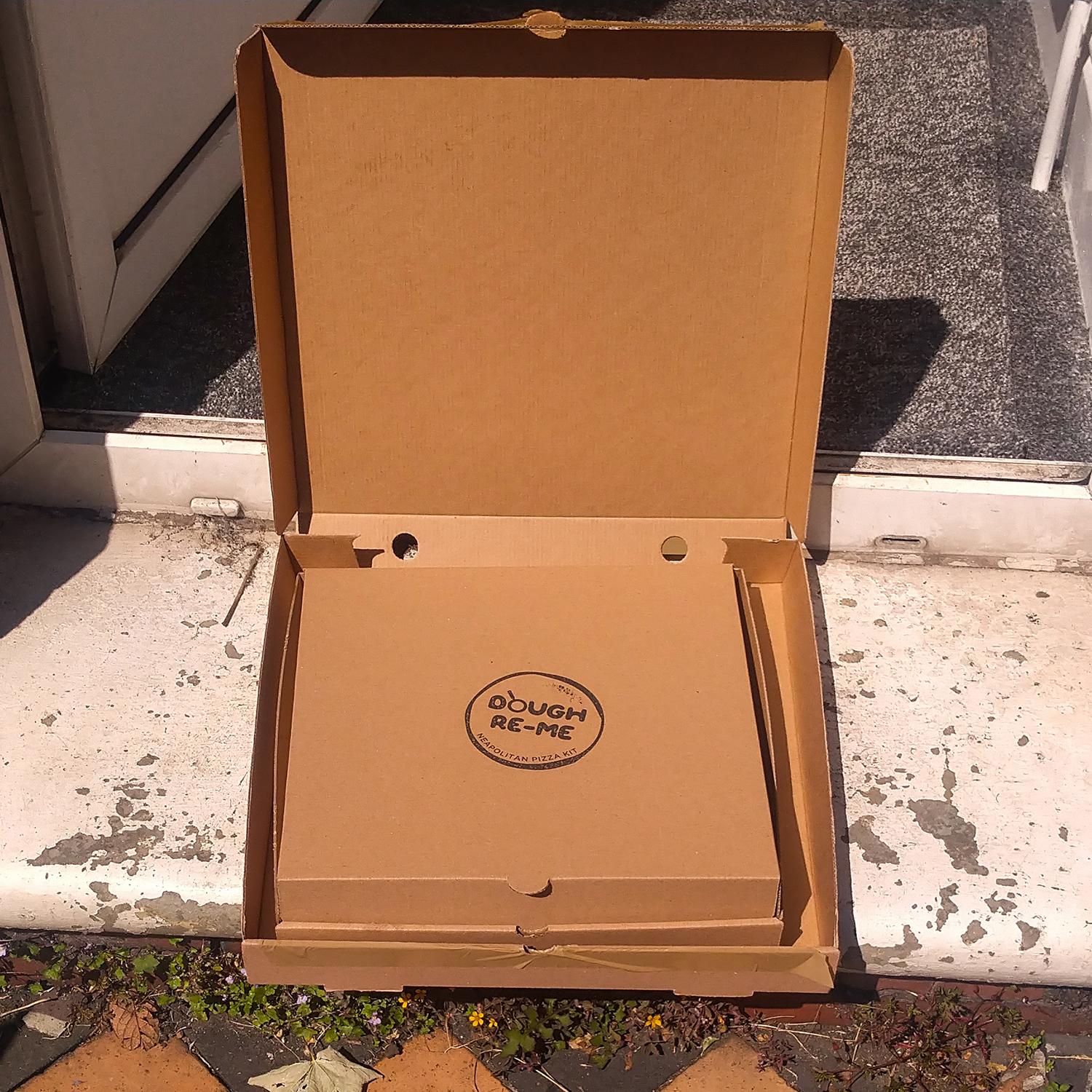 A couple of weeks ago I tried a DIY Home Pizza Kit from Pizza Pilgrims, a company from all the way down south but who were offering nationwide delivery on their grub. I was contacted shortly afterwards by a company that are based in Heaton Mersey and are doing the same thing – so (obviously) I gave ’em a try too…

This has pretty much been my lockdown slogan of the past couple of months, and now that I think of the amount of times I’ve said it – I’m getting increasingly certain that my double chins are not going to be looking good under this beard once we’re out.

Sure, I could just stop saying it – but a childhood of watching Teenage Mutant Hero Turtles on repeat all day has conditioned me in a way that I HAVE to say it and there’s no turning back now. 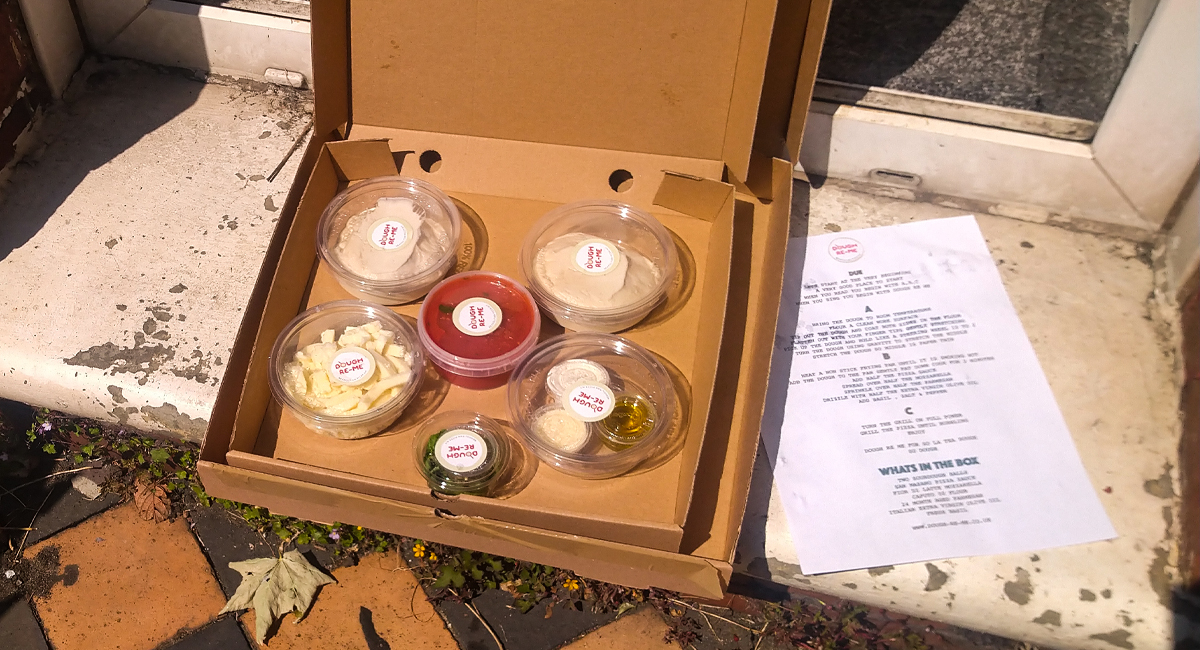 The most recent time was when I ordered a Dominos to my house at 3.30pm on Sunday afternoon. This was after waking up, 5 minutes prior, with one of the biggest hangovers of my life. I barely touched it when it arrived – I just didn’t feel up to it. It’s still sat on my kitchen counter actually – I might have it for my tea.

Anyway, the week before’s pizza was a completely different beast. This one was much nicer, much more authentic and actually made by my fair hands, as I was delivered a DIY Home Pizza Kit from the team at Dough-Re-Me – who have one of the best names I’ve ever heard in my 3 long years at Manchester’s Finest.

A rap-a-tap-tap at the door announced its arrival and my wife barked with her usual glee. It’s pizza time! Oh yes it was indeed. The packaged and insulated box contained everything we needed to create two margarita pizzas, including the dough, the tomato sauce, mozzarella cheese, Parmesan, flour, fresh basil, olive oil and even a bit of pepper to sprinkle on top at the end. 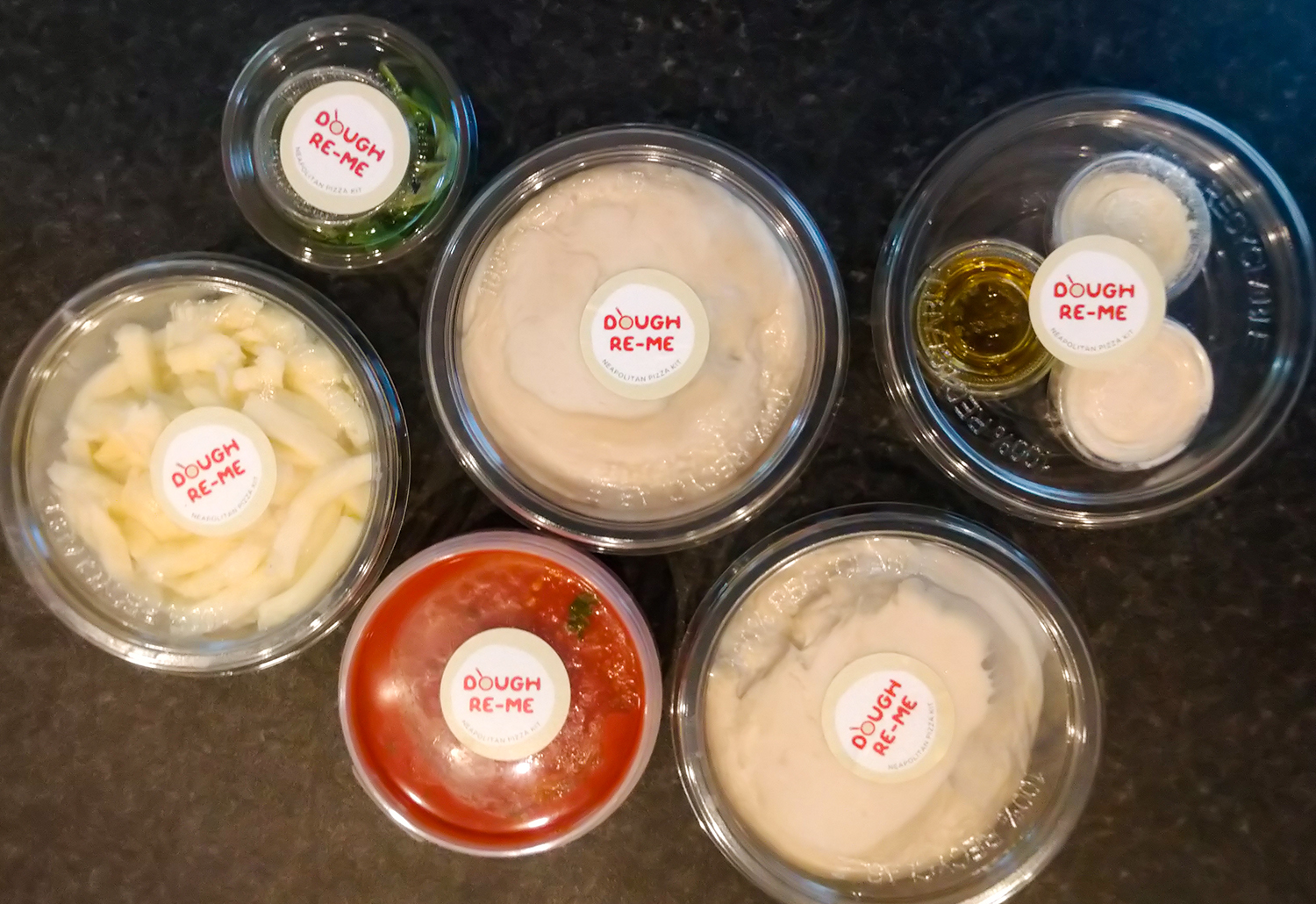 There were instructions too but seeing as I’m a true professional at this now, I gave them a quick glance, took a pic and then made them into a paper aeroplane to throw around my house. My confidence was never shattered either – these beauties really are very easy to make.

They’re also satisfying too, as you knead the dough and shape it onto your frying pan, and while the bottom cooks you add the ingredients. Once done, pop it under the grill and the dough will bubble up and crisp up and become the perfect base for some lovely, fresh toppings. 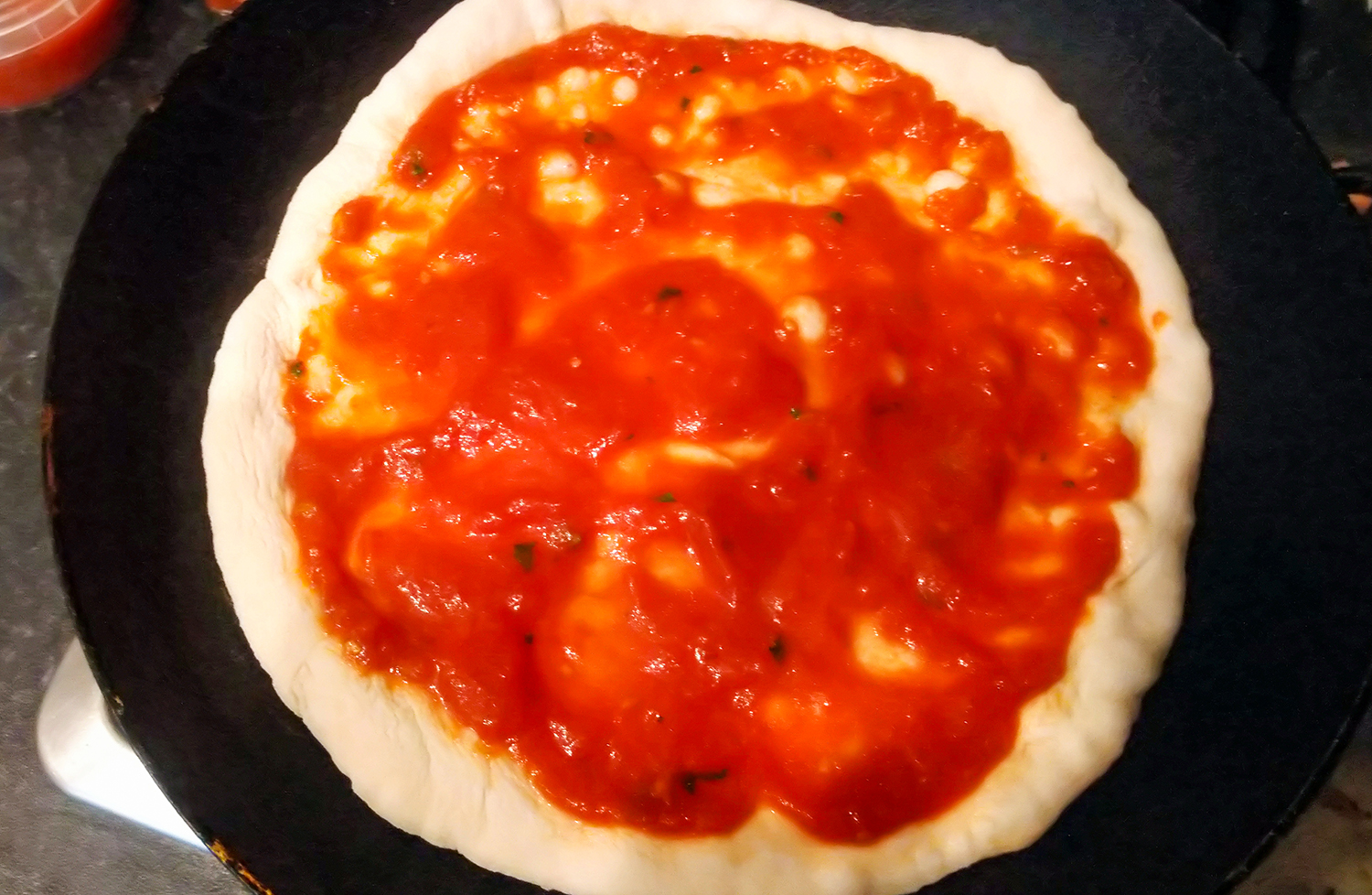 This is where the kit from Dough-Re-Me really shone, compared to others I’ve had – the dough. It was excellent – and very difficult to fuck up. Both pizzas rose, bubbled and crisped up perfectly, even with my dodgy hands and poor motor skills.

I’ve always said that the dough is the most important part of any pizza and it seems like Dough-Re-Me think so too. 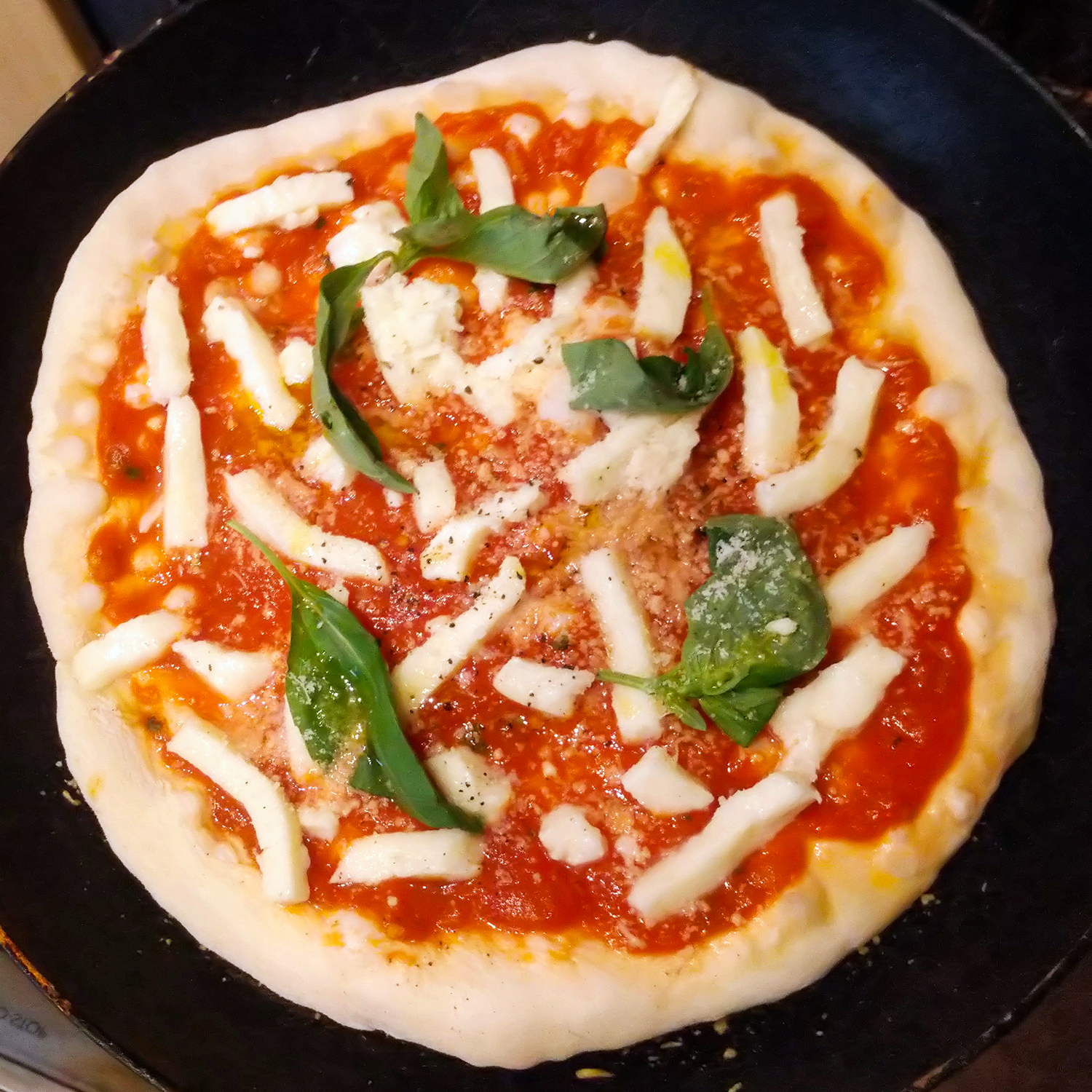 So in around 15 minutes we were sat in front of the telly scoffing our faces with some truly excellent pizzas. I’ve taken to dipping my crusts in Aioli – which I know isn’t too healthy but it’s much healthier than that garlic stuff that Dominos makes. And tastier.

Anyway, give Dough-Re-Me a shout if you’re looking for some top-notch, authentic Neapolitan pizzas at home – you cant’ go wrong. Oh, and they’ll deliver ANYWHERE too. 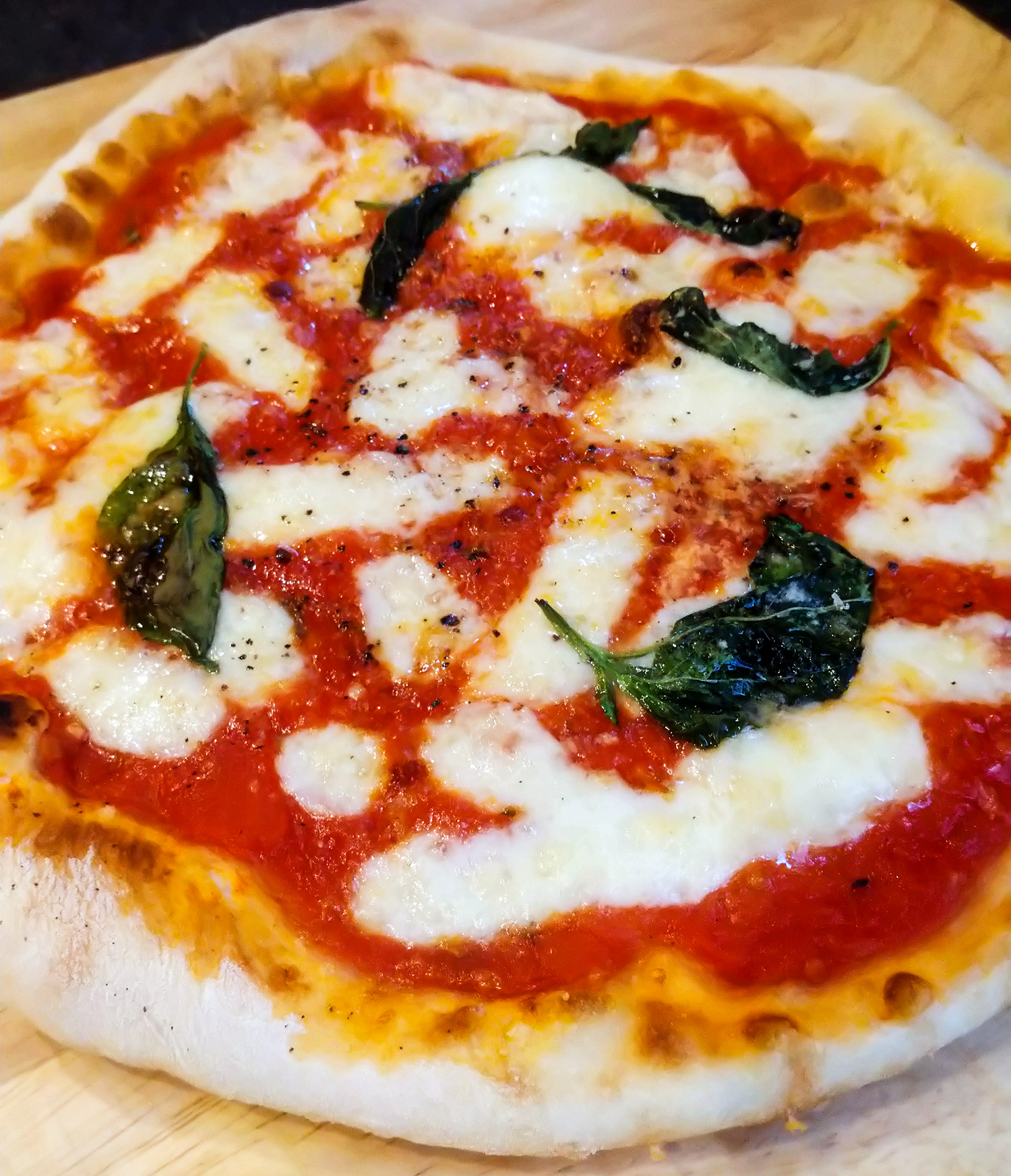