Cheers to William Marsden: The Mancunian who Invented the Weekend!

Yep, we can confirm that the weekend was invented here and we're eternally grateful for it... 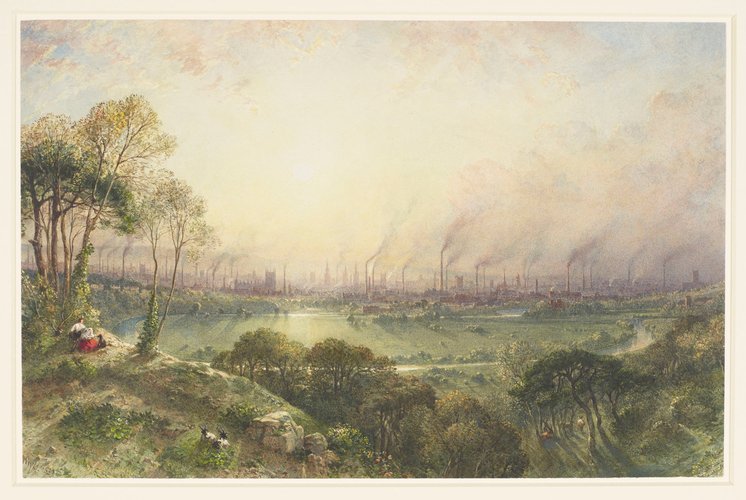 Where would we be without weekends? Probably a lot more depressed, overworked and miserable – slaving 7 days a week in jobs we hate, for people we hate. It would be hell.

Gone would be that Friday afternoon anticipation, the 11am bottomless brunch Prosecco, Stars in their Eyes, the Sunday morning fry up, the Sunday Roast, the Saturday afternoon hangover, the Sunday night ‘Heartbeat’ feeling where you realise you’ve got work tomorrow – all of this and more would never happen. 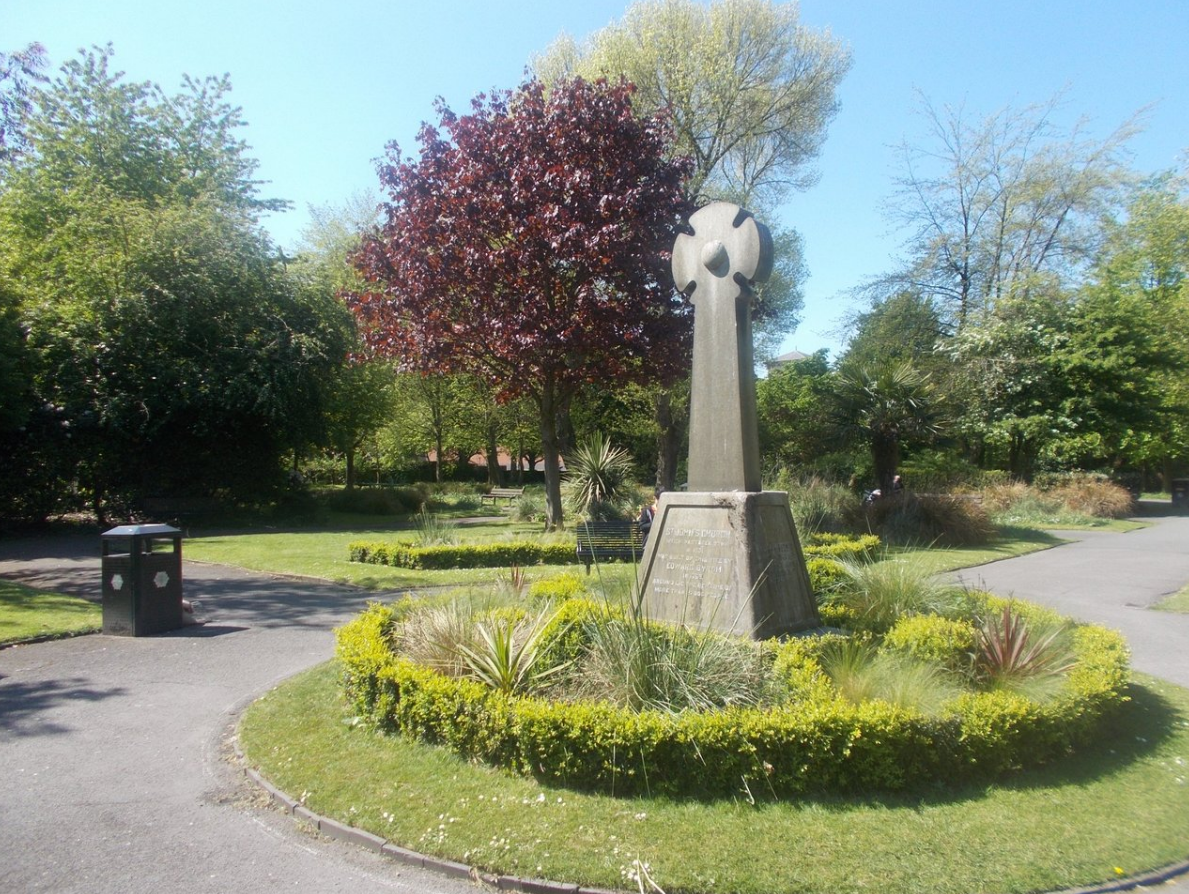 So give endless thanks to a bloke named William Marsden, a Mancunian credited with ushering in the weekend and all of its endless pleasures.

You see, back in the old days, during the early days of Industrial Revolution, it would have been unheard of to have a day (or couple of days) off – but William is the person who campaigned, and WON, the right for workers to have half a holiday on a Saturday. 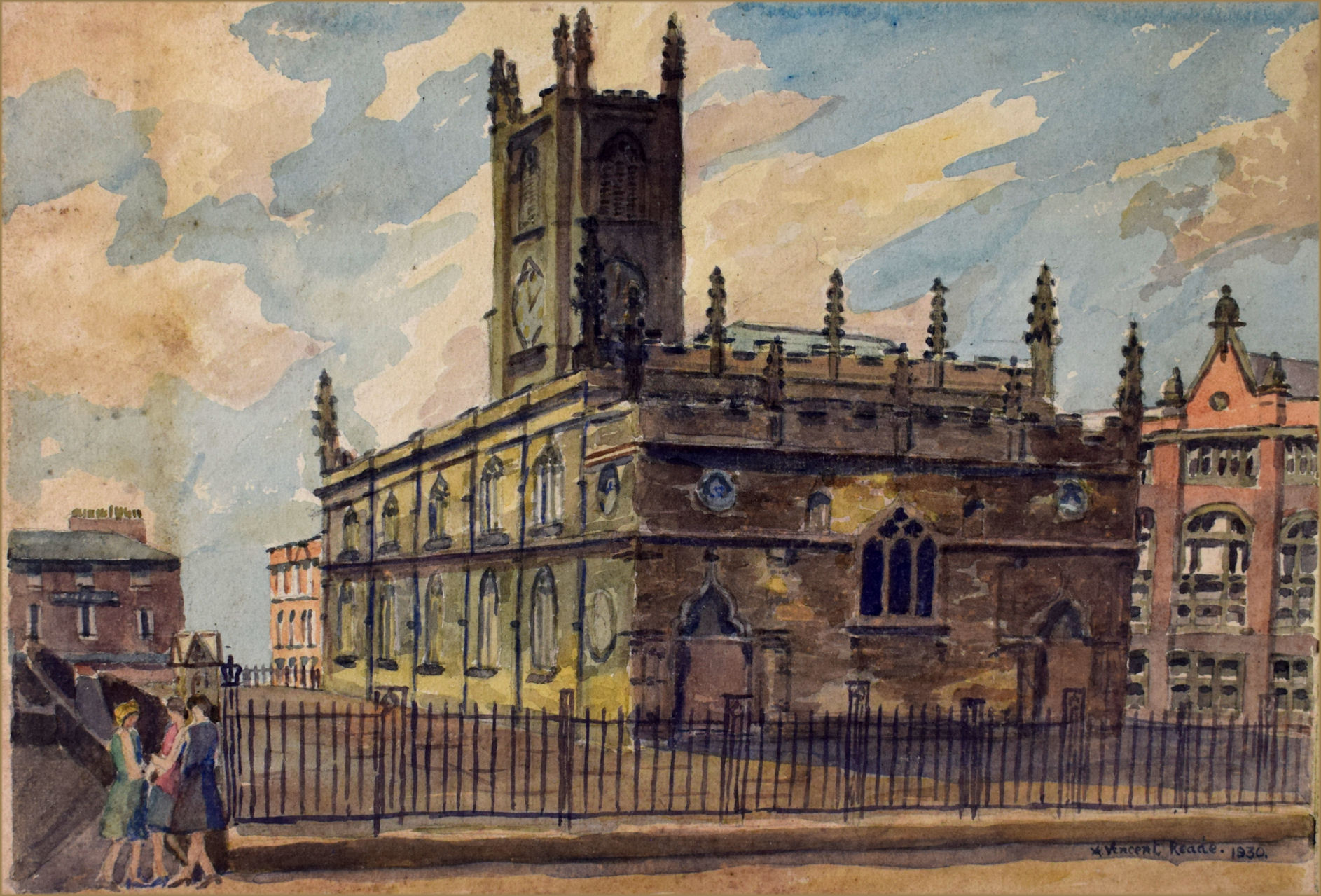 Marsden was the man who presided over the committee which obtained the Saturday half-holiday, ensuring all workers in the factories could leave at noon every week and have a nice relaxing afternoon at home or down the pub.

In fact, many people attribute the fact that football starts at 3pm on a Saturday to this holiday – as it was the perfect time for both the players and spectators to not be toiling away in some sweaty hellhole.

The effort was enthusiastically resisted by the many powerful mill owners in the city – whose thoughts quickly turned to idle machinery and the loss of money this would cause. Well, they were quickly crying into their porcelain cups and the workers won as common sense prevailed. 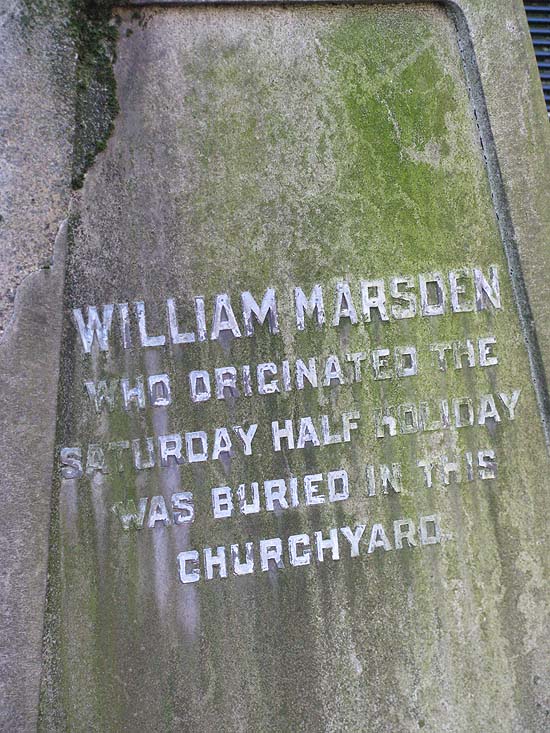 Marsden himself tragically died when he was only 28 in May of 1848 – although I doubt that was considered a particularly young age to die when most people didn’t get to see past 40.

He was buried at St. John’s Church, which is now St. John’s Gardens just off Deansgate near the Science & Industry Museum. A monument to the man was erected in his memory with the following inscription:

“In memory of William Marsden, who presided over the committee which obtained for Manchester, in 1843, the Saturday half-holiday. He died May 1843, aged 22 years. In affectionate remembrance of his private worth, and in commemoration of the cause in which he felt so deep an interest, this monument is raised, by the contributions of those who have benefitted by his efforts.”

“Cast thy bread upon the waters, and thou shall find it after many days.”

So this Saturday when you’re sinking some tins at home – raise your glass to the sky and toast young Billy Marsden – creator of the weekend and forever a true Manchester legend.