This is not temporary support. 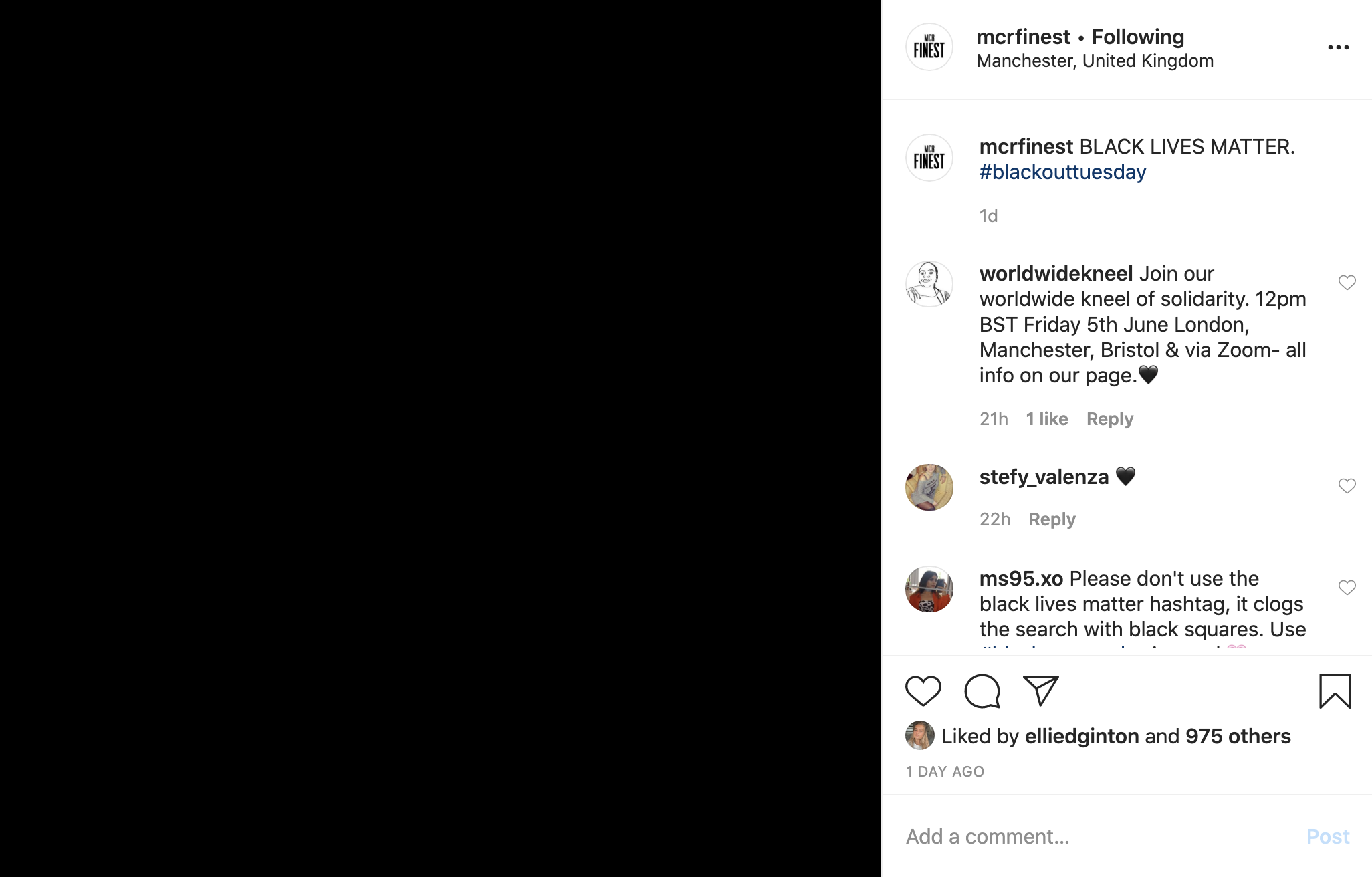 Yesterday, Manchester’s Finest took part in the Blackout Tuesday which saw a pause across our social channels.

The idea of the campaign was to use the time normally spent sharing content and scrolling through social media instead to educate ourselves, dedicating specific time to learn more about the Black Lives Matter movement.

According to the 2011 census, 41% of the Manchester population identified themselves as Black and Minority Ethnic (BME). In 2011, Manchester and London were the only local authorities to have residents in each of the 90 detailed ethnic groups on the census.

Manchester is a multicultural society that we celebrate, but as a company, we understand that this conversation is evolving and therefore requires continued education. We understand that performative activism is not enough.

So we commit to continuing our education as a business and a community, to utilising our platform inclusively.

We don’t have the answers and we don’t know everything that can be done. But we are working on it. 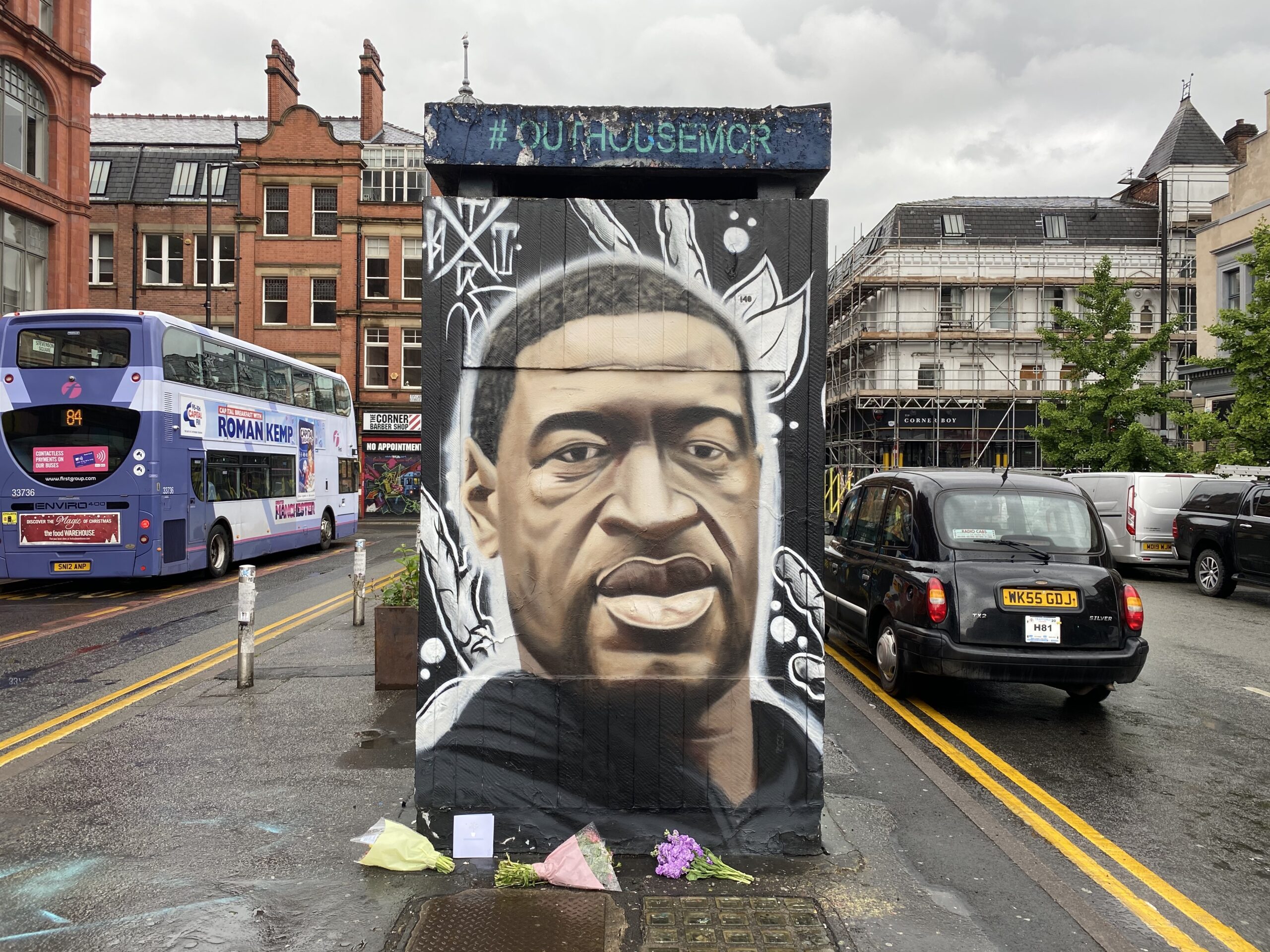 The Blackout Tuesday campaign originated in the music industry with the hashtag #TheShowMustBePaused. Many celebrities, other industries, big corporations and individuals also got involved.

Spotify added eight minutes and 46 seconds of silence to selected playlists and podcasts in tribute to George Floyd.

Eight minutes and 46 seconds was the length of time Derek Chauvin, a Minneapolis police officer, knelt on the neck of George Floyd. After two minutes and 53 seconds, Mr Floyd was unresponsive.

Although police brutality has existed for decades, very rarely has a film of it spread so vastly across the world. 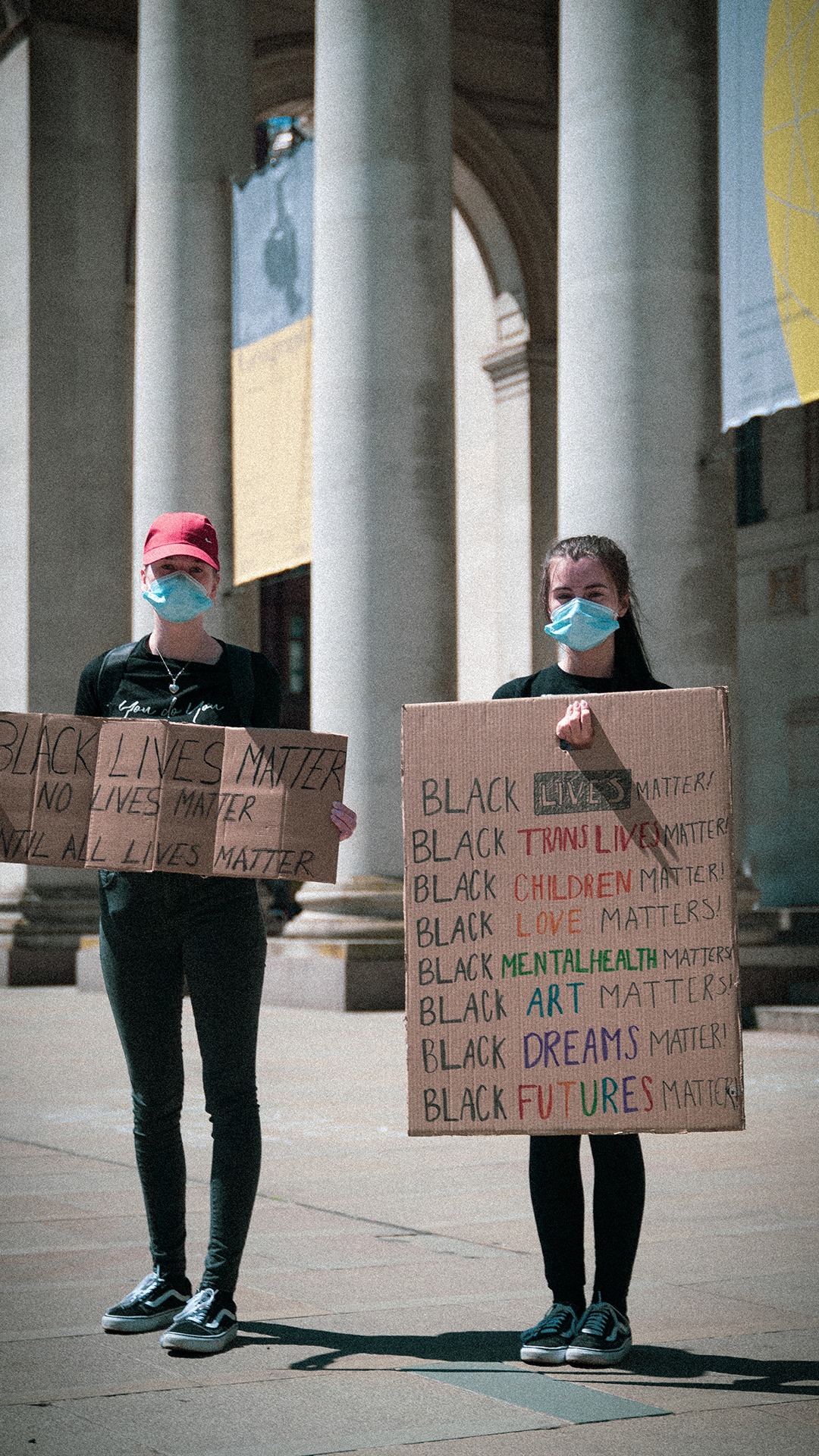 Mr Chauvin has since been charged with third-degree murder and second-degree manslaughter. The Floyd family lawyer is calling for a first-degree murder charge based on the latest findings from a medical examiner who classified the death as a homicide.

Mr Floyd’s death has seen a resurgence in the movement of Black Lives Matter, founded in 2013 as a hashtag, before becoming a protest movement.

The BLM mission states that it aims to ‘eradicate white supremacy and build local power to intervene in violence inflicted on Black communities by the state and vigilantes. By combating and countering acts of violence, creating space for Black imagination and innovation, and centering Black joy, we are winning immediate improvements in our lives.’ 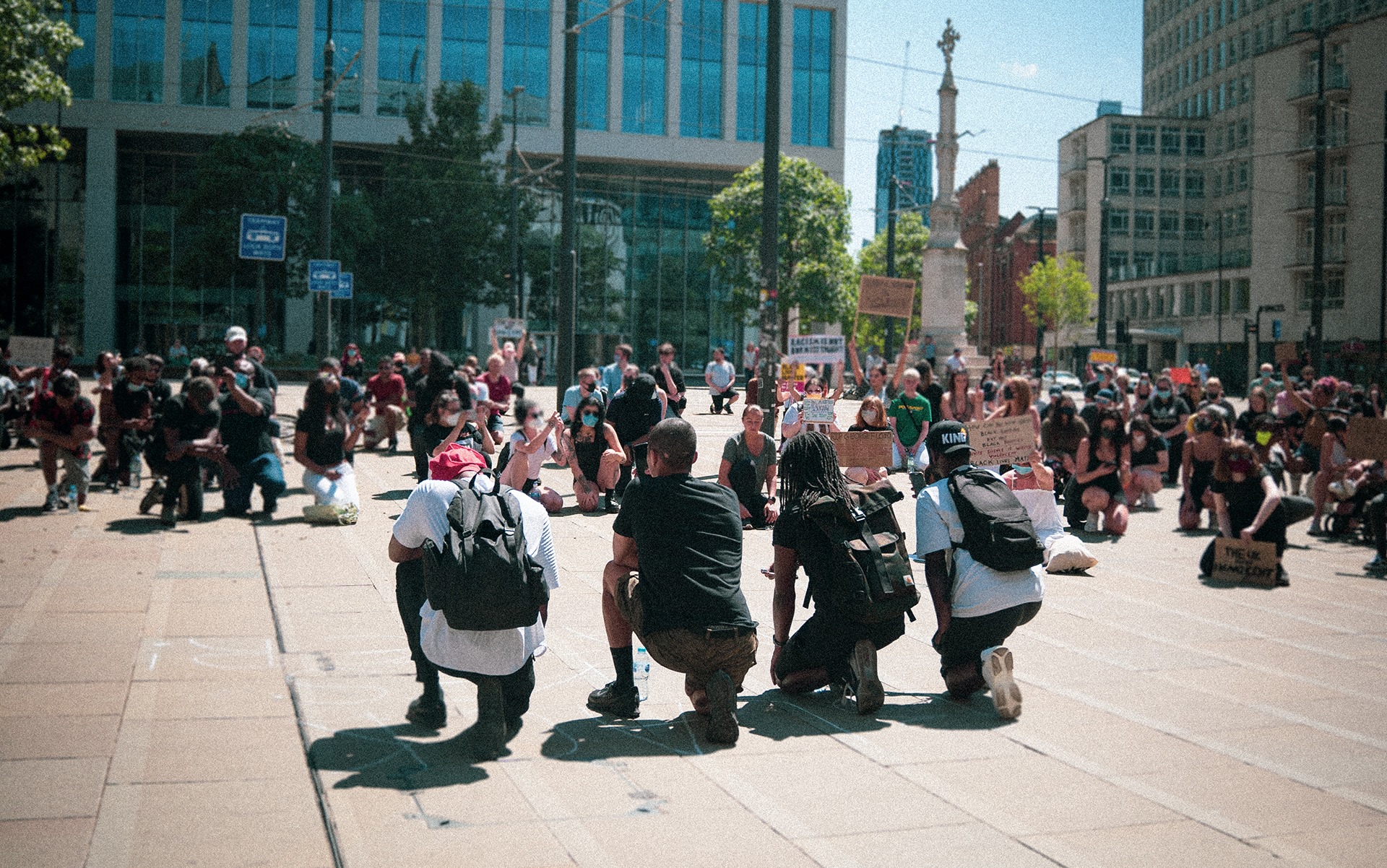 There’s a tendency to shrug off events like this that symbolise ‘what is wrong’ with America and shy away in discomfort because ‘it’s not happening’ in the UK.

Unfortunately, the UK is not innocent of racist violence. Many people of colour have lost their lives due to racially motivated attacks such as Stephen Lawrence. The list of black people killed in UK’s police custody is disproportionately long, with one-third of those dying in custody being from BME backgrounds.

Our National Curriculum avoids the mention of Britain’s involvement in the Slave Trade and places a heavy focus on decolonisation rather than the areas that were colonised and the impact this had. Read this Twitter thread to learn more about the shortcomings of teaching in Britain’s history classes.

This weekend sees another socially distant protest in Piccadilly Garden at 1pm on Saturday June 6. The peaceful protest by @manchestermarch has urged protestors to do so safely, advising all protestors to abide by social distancing rules.

Manchester Council lit many town halls, including Wythenshawe Hall and Trafford Town Hall up last night in solidarity and support of the Black Lives Matter campaign.

Leader of Manchester City Council, Sir Richard Leese, has said: “Discrimination takes many forms, but in whatever guise it takes, it must be challenged head-on. This is the only way we can make the world a more fair and equal place to live for everyone.

The ongoing protests in America may feel thousands of miles away, but they are asking for the fundamental right to live, be safe and be free.

These are the simple requests that we as a global community of people should have a right to expect.” 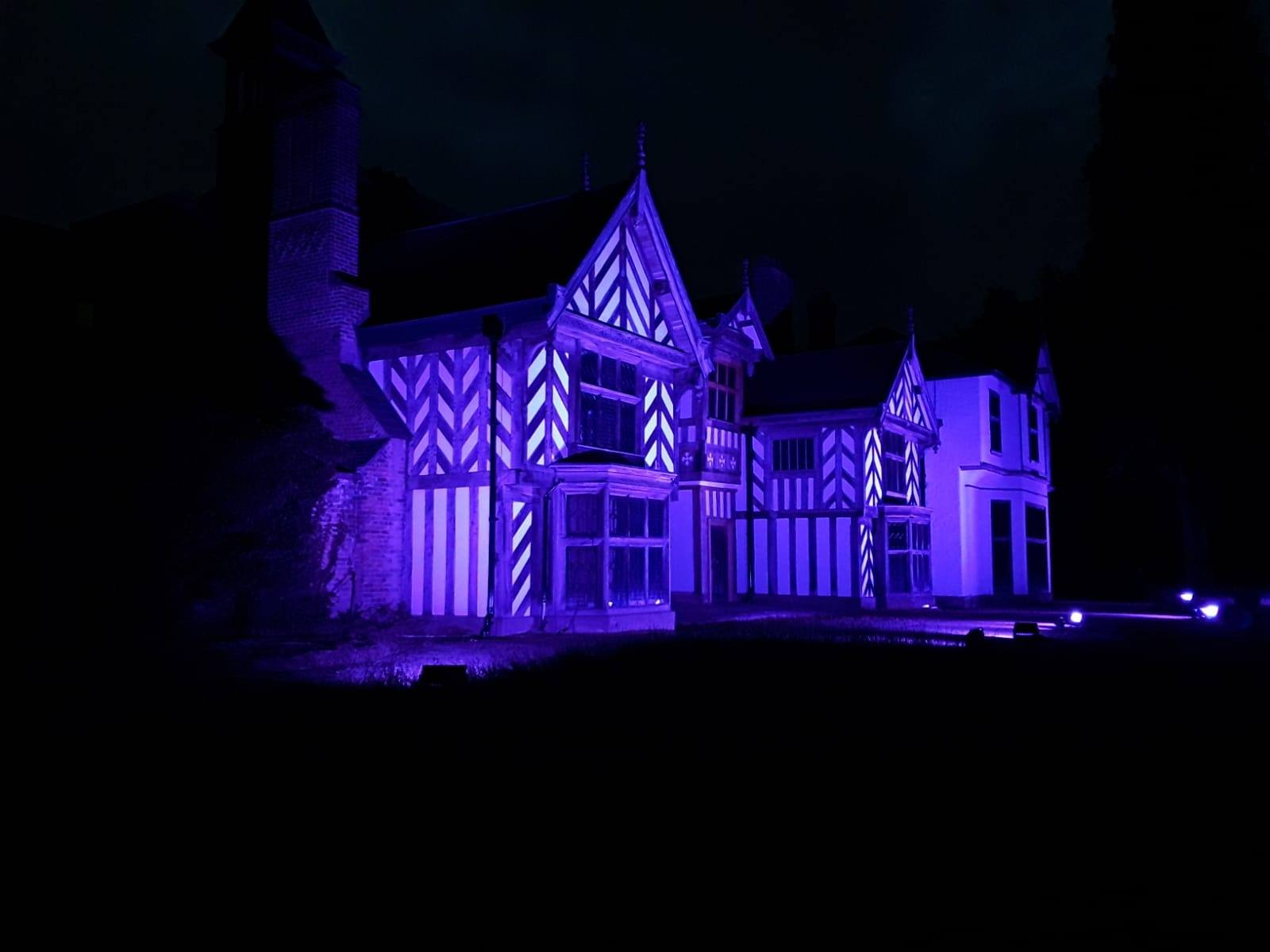 If you are protesting this weekend stay safe, read these 5 points to consider before attending a protest in the UK. See below for other things you can do to support BLM if you cannot protest this Saturday.

It is no longer enough to not be racist. We must all be anti-racist.

“The beauty of anti-racism is that you don’t have to be free of racism to be an anti-racist. Anti-racism is the commitment to fight racism wherever you may find it, including in yourself. And that’s the only way forward.” – Ijeoma Oluo 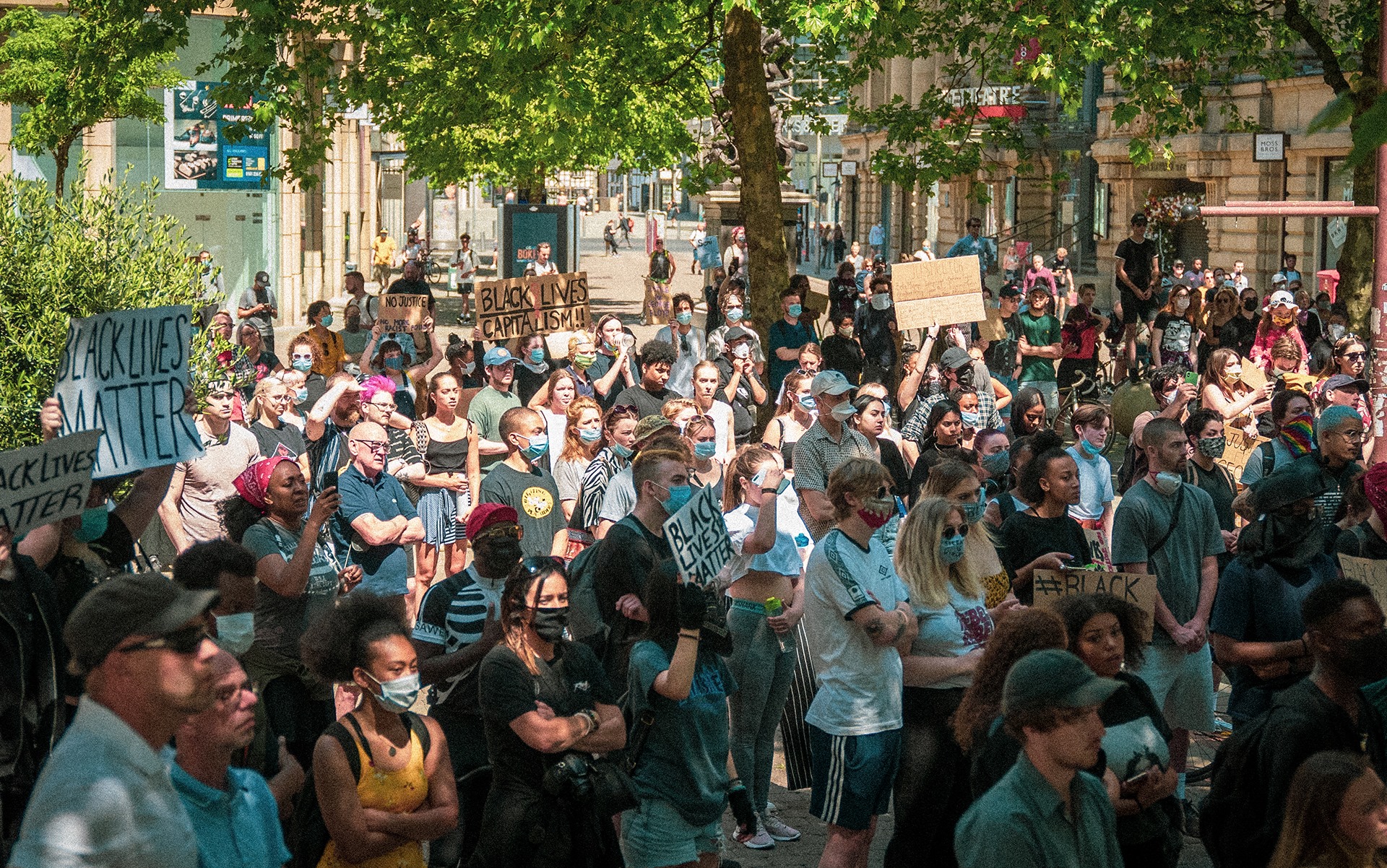 Below we’ve listed an array of resources we’ve been reading and have found helpful:

Specific to the UK:
Stand Up to Racism
Sign up to a talk on how COVID-19 is affecting the BAME community in the UK here.

Watch (Netflix):
13th
When They See Us
Strong Island
Teach Us All
LA92

Listen:
Code Switch
No Country For Young Women
Say Your Mind
Slay In Your Lane: The Podcast
Witness Black History

This list is not exhaustive and we encourage you to share any more resources you have in the Facebook comments so we and others can read/watch/listen.

Get 5 Tapas for £30 and celebrate the Canary Islands