A look back at the Remembrance Sunday ceremony of November 1954 with members of the armed services and civilians alike gathered around the cenotaph in St Peter’s Square. 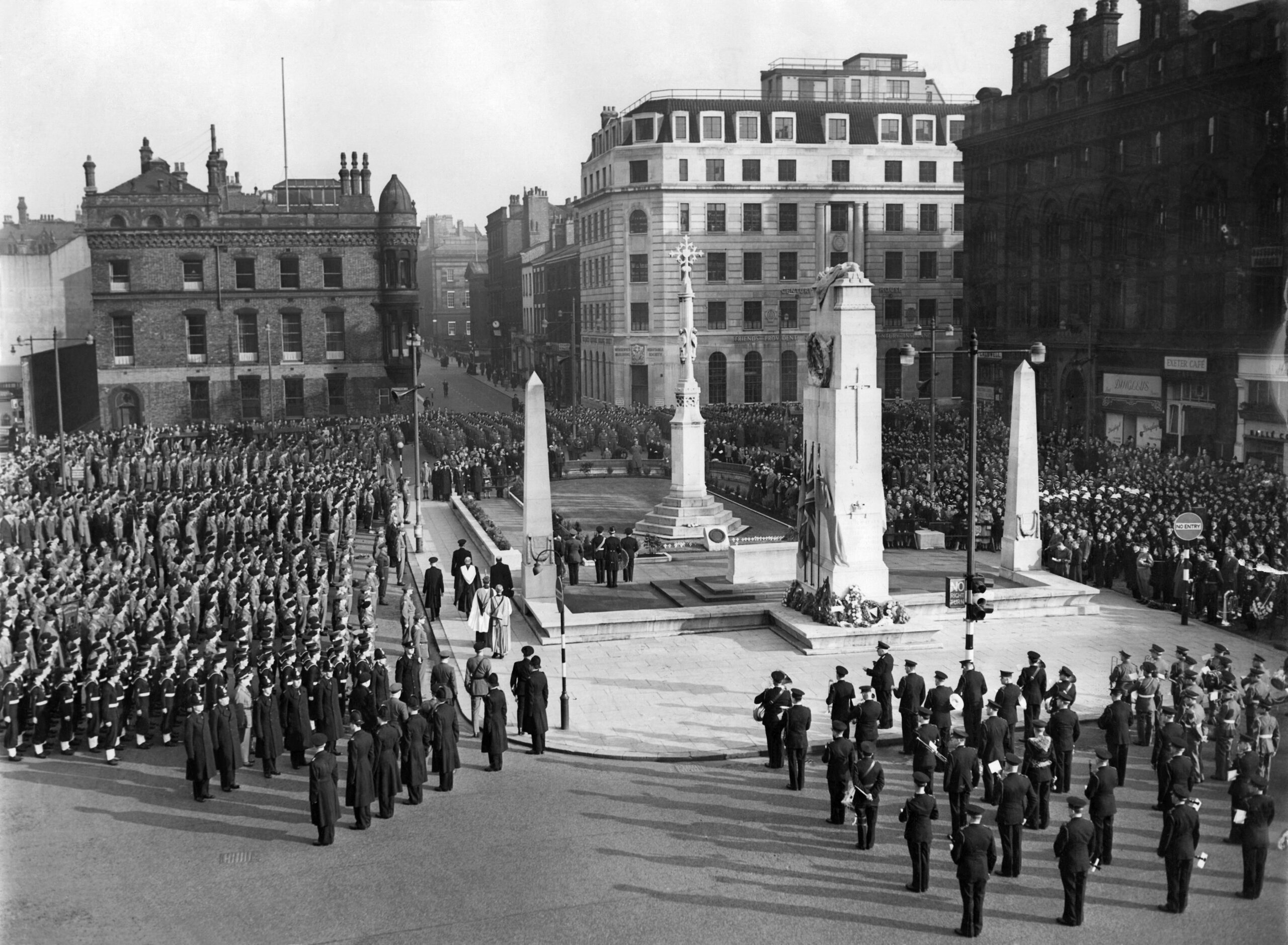 The Second World War had ended only nine years earlier and parts of the city were still being rebuilt after the Luftwaffe raids. Rationing had only finally ended in July that year.

The Manchester Cenotaph, designed by Sir Edwin Lutyens, was inaugurated in 1924 and has been the scene of Remembrance services ever since. It was originally intended for Albert Square, but the preferred site would have involved the relocation of too many statues and monuments. The next option was Piccadilly Gardens, but that was ruled out as the area was already earmarked for a possible art gallery and library.

The memorial committee therefore settled on St Peter’s Square. The monument, consisting of a central cenotaph and a Stone of Remembrance and two obelisks, was unveiled by the Earl of Derby on 12th July 1924. Assisting him was a mother from Ardwick, Mrs Bingle, whose three sons had died in the First World War. 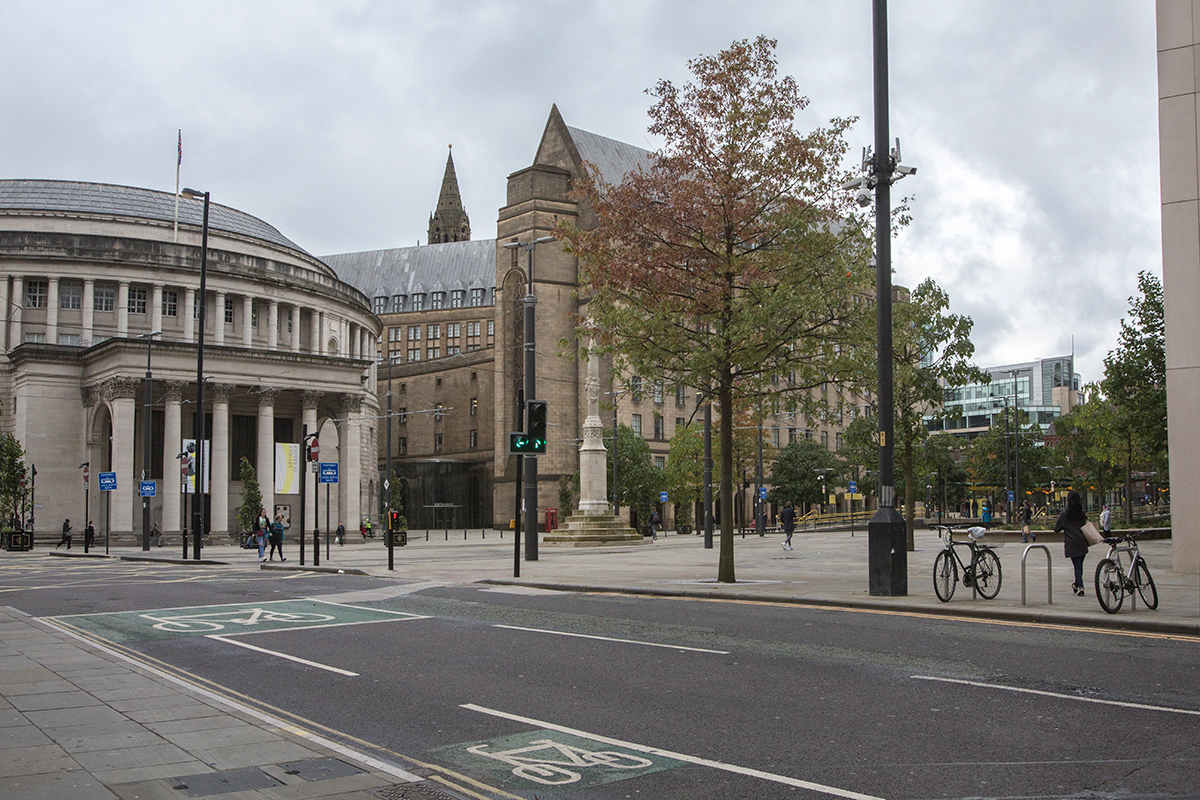 Manchester City Council dismantled the Grade II listed monument in 2014 to make way for the expanded Metrolink network. It was rebuilt at the north-east end of the square, opposite the Cooper Street entrance to the Town Hall.

Remembrance services this Sunday may be restricted by the Covid lockdown, but their poignancy and dignity will remain undiminished.

More images like this are featured in The Changing Face of Manchester published to mark the 150th anniversary of the Manchester Evening News.