You've probably all seen the documentary on Netflix by now... 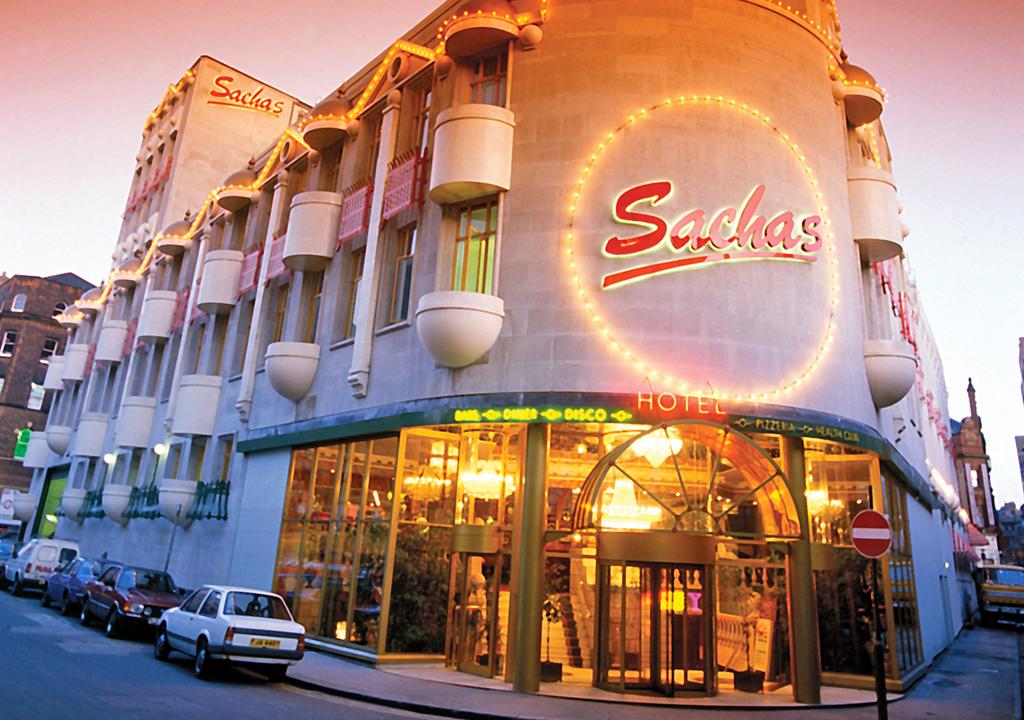 Obviously, Sacha’s is NOWHERE near as bad as the Cecil in Downtown LA – but it’s the perfect opportunity to explore a rather odd blot in the city and a hotel that most Mancunians know never to bother staying in – no matter what!

One thing I should mention right now is that I won’t be going on about this as long as that bloody Netflix documentary. 4 hour-long episodes is way too long to talk about a dodgy hotel and the unfortunate death of someone with severe mental illness. So, if you’ve not seen it yet – I’ll save you those 4 hours now; 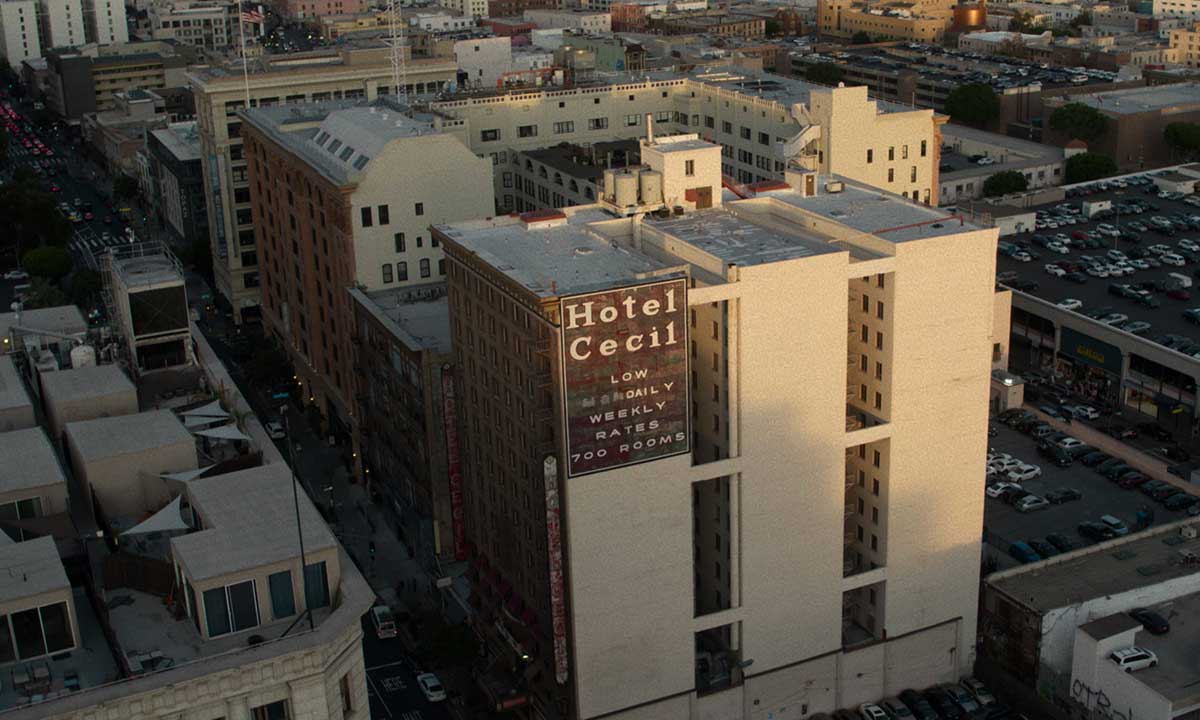 The Cecil Hotel is located right on the edge of Skid Row in Downtown LA, and, due to its proximity to such a rough area, and a history of notoriously cheap lodgings, it’s managed to bag itself a reputation as one of the most dangerous hotels in the world.

Now, when I heard about the hotel on the documentary, I was unconvinced. In recent years Downtown LA has gone seriously upmarket, and indeed, I even stayed just around the corner from the Cecil last year at the stunning Freehand Hotel. Even more so, my wife and I walked through Skid Row on our way to Paddy’s Bar from It’s Always Sunny in Philadelphia and it was nowhere near as bad as the documentary made out.

There’s no denying that The Cecil Hotel is a shit hole though. That dodgy manager in the documentary explained how in the 10 years that she worked there that there were over 80 murders in the hotel, mostly revolving around the permanently transient population that stay there, many for years on end.

Drugs, violence, prostitution – they’ve all come hand-in-hand with the hotel over the 100 years of its existence, and not even a trendy re-brand (Stay on Main) can change that. Add to the fact that many of the residents and visitors were drinking water which had been sat for days with a dead body – doesn’t paint a very nice picture of the place at all.

So, I wanted to have a look at the history of Sacha’s, certainly Manchester’s most infamous hotel, to see whether it’s as bad as The Cecil Hotel. I doubt it will be – but let’s see… 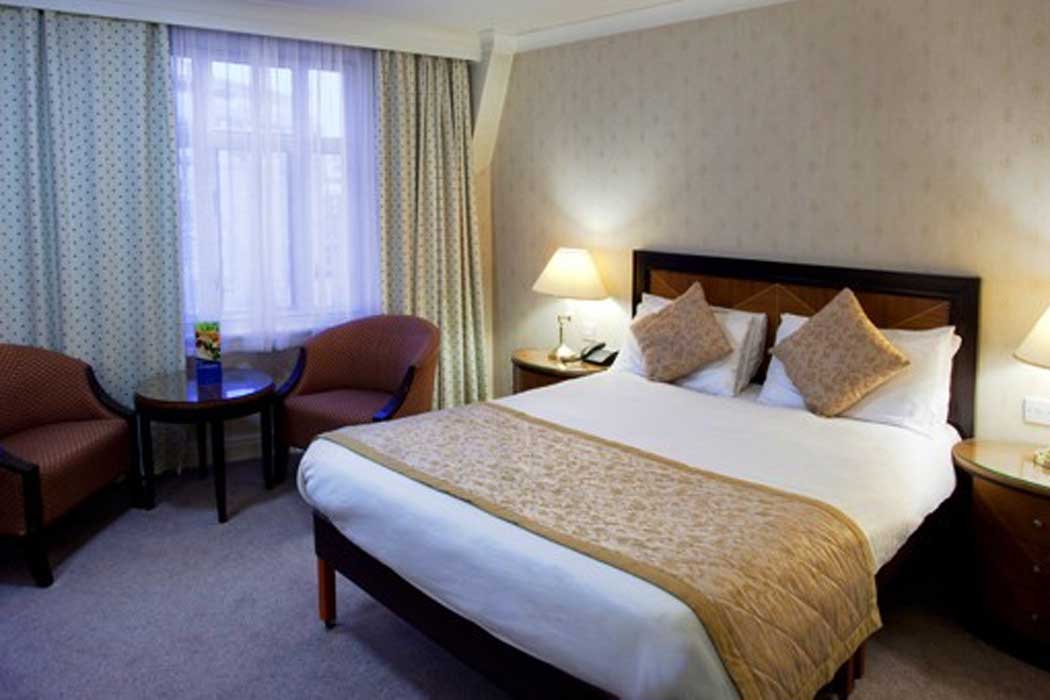 Ranked as one of the worst hotels in the region, and with prices starting at just £25 per night, Sacha’s Hotel is probably last on anyone’s list of hotels to stay in in Manchester, either that or you’ve been duped by some dodgy travel agents somewhere.

Set round the back of Oldham Street, literally opposite a series of shit-smelling gutters, Sacha’s entrance actually doesn’t look too bad – only a little outdated and rough around the edges.

There’s fish in the pond, some lovely plants, neon, mirrors and even a chandelier – although this one would look more at home with the Irish in 3rd class on the Titanic than up with the posh people. 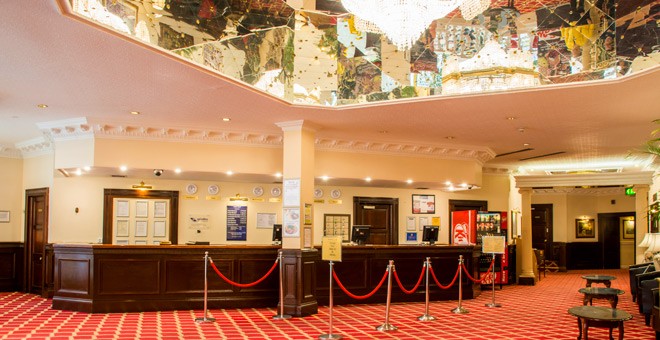 I’ve actually never been in a room in Sacha’s, but I have been in the adjoining Wave Bar once for a mate’s 18th at college. It was actually alright, mostly because nobody was checking ID’s on the night and we all got absolutely hammered on cheap cider.

The rooms though – well, any visit to TripAdvisor will tell you that they are, in fact, pretty bloody horrible…

User2421 wrote a review Sep 2020
DO NOT GO HERE!
We payed, went to our room and walked straight back out and complained. The room was awful it smelt like cigarettes and alcohol, covered in ash, dirty bath, dirty windows. We went to reception to complain and they ‘upgraded’ us, we went up to our other room and it was just as bad!!!! It had writing all over the walls saying ‘ I am alone’ there was splatter marks on the roof where someone had sprayed the roof with their drink, coffee up the walls, ketchup splattered in the drawers, horrible windows.

Caitlyn wrote a review Jul 2020
Awful and disgusting
Disgusting and awful is the only word in the dictionary which I can describe this place. Carpet was dirty and I am sure it had HPV. The experience from check in to check out was horrendous, the photos were NOT real at all, and had been photoshopped too many times. The room smelled like someone threw up and it was dark and dirty. Location is in the end of a doidgy alley which was quiet dangerous. Do not stay here if you value your life!

These are just the top two on the list. I didn’t even bother searching through any more – I didn’t need to. I think it’s safe to assume that this is probably the WORST hotel in Manchester. Sure, the Merchant Hotel is pretty bad too – but Sacha’s – man it’s embarrassing. 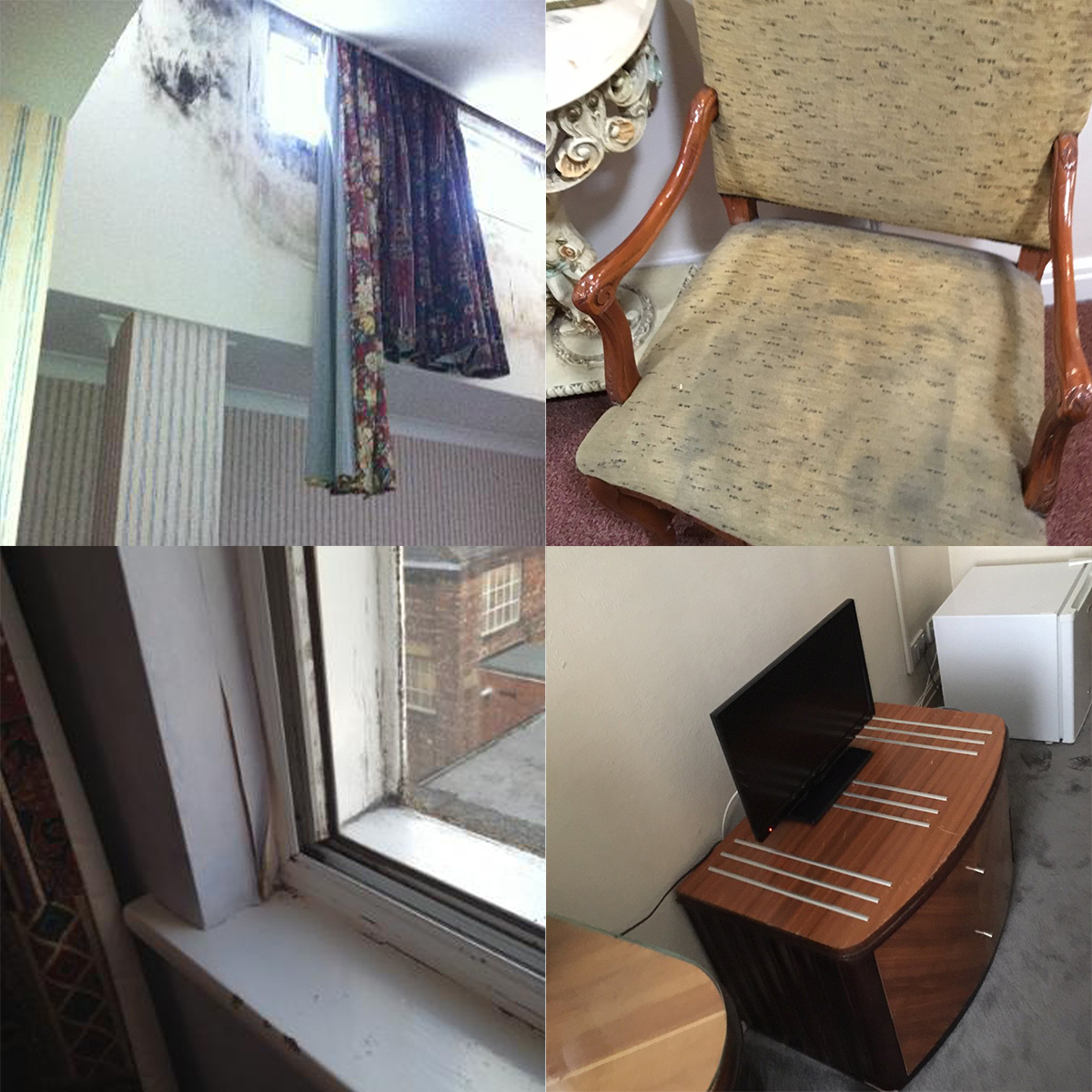 Just a few of the images on Sacha’s TripAdvisor

Owners of the hotel are, surprise, surprise, Britannia – constantly voted the ‘Worst Hotel Chain’ in the UK – while their CEO sits around in his mansion, counting money and probably laughing so hard that he chokes on his 18-year-old scotch.

There are tons of stories flying around about Sacha’s, mostly involving stealing, murder and general debauchery – however I’ve been unable to find anything concrete to confirm or deny most of them. There’s one instance where a man stabbed someone in Beswick then checked into the hotel for a few hours of freedom before handing himself in but that’s about it.

What I have found though is plenty of stories relating to the Britannia Hotel over on Portland Street, an equally disgusting hotel that many say is actually used as a halfway house for released prisoners, and has been home to many, many crimes over the years.

With what could perhaps be the most accurate parallel with the Cecil Hotel in Downtown LA, the Britannia has been the scene of some truly gruesome deaths over the last couple of years, including a‘murder-suicide’ back in 2018. 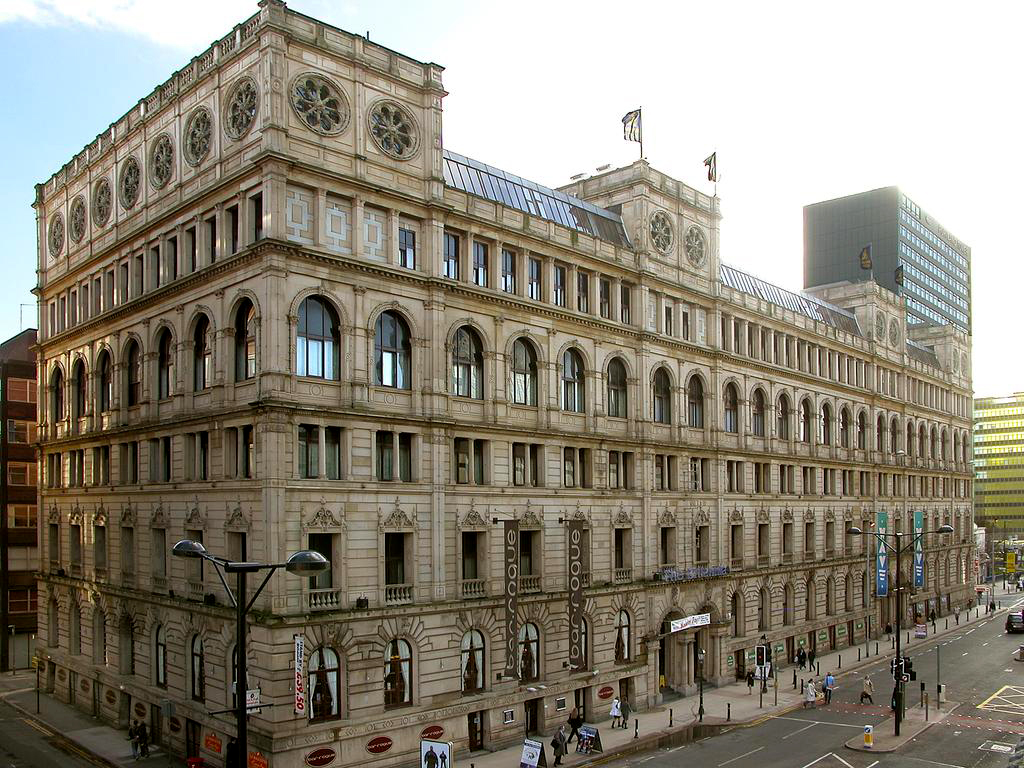 Every time I walk past either of these hotels, or indeed someone mentions them, it makes my blood boil. I’ve written before about the history of the building the Britannia is housed in – a stunning example of Elizabethan, French Renaissance and Flemish architecture that should be used for something better than one of the worst hotels in the UK.

Similarly, Sacha’s is an embarrassment and a waste. The hotel is located in one of the trendiest and most creative areas in the city, yet it’s just been left there to fester and decay – with not a care in the world from Britannia about how this makes the city look to visitors. 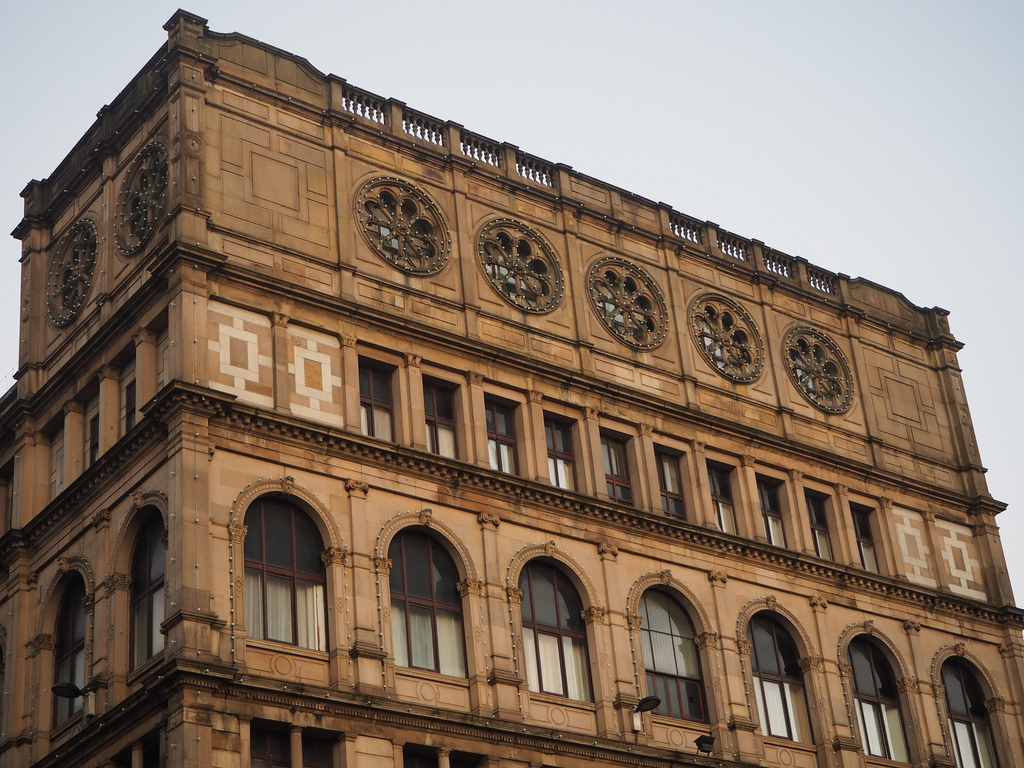 I feel eternally sorry for the people who end up in either of these hotels, and it certainly doesn’t reflect very well on our city as a tourist destination.

Hopefully there is something that can be done about these places soon. No – these places are nowhere near as bad as the Cecil – but they’re pretty bad – and we want them GONE please.

WIN The Ultimate Valentines Hotel & Dining Getaway Package (worth over £600!)