Dr Louis Borchardt has quite the history if you can dive into Google far enough to find it. He’s most well known for his efforts in offering medical relief during the 1845 epidemic of typhus, his later involvement with Manchester’s children’s hospitals and somewhere in between all that an on-again-off-again relationship with Marx and Engles.

The British Medical Journal speaks very highly of Borchardt in their obituary; describing him as ‘liberal on every public question’. Our Louis would stick up for medical women to be equal against medical men and ‘did not hesitate publicly to advocate opinions which he believed to be just and liberal, in the face of hostile majorities’.

He reconstituted the Manchester Women’s Suffrage Society in 1867 along with some other ‘radical’ MP’s, their wives and the president of Manchester Board of Schoolmistresses. The society was later joined by Lydia Becker and Richard Pankhurst and provided the groundwork for married women to own property. 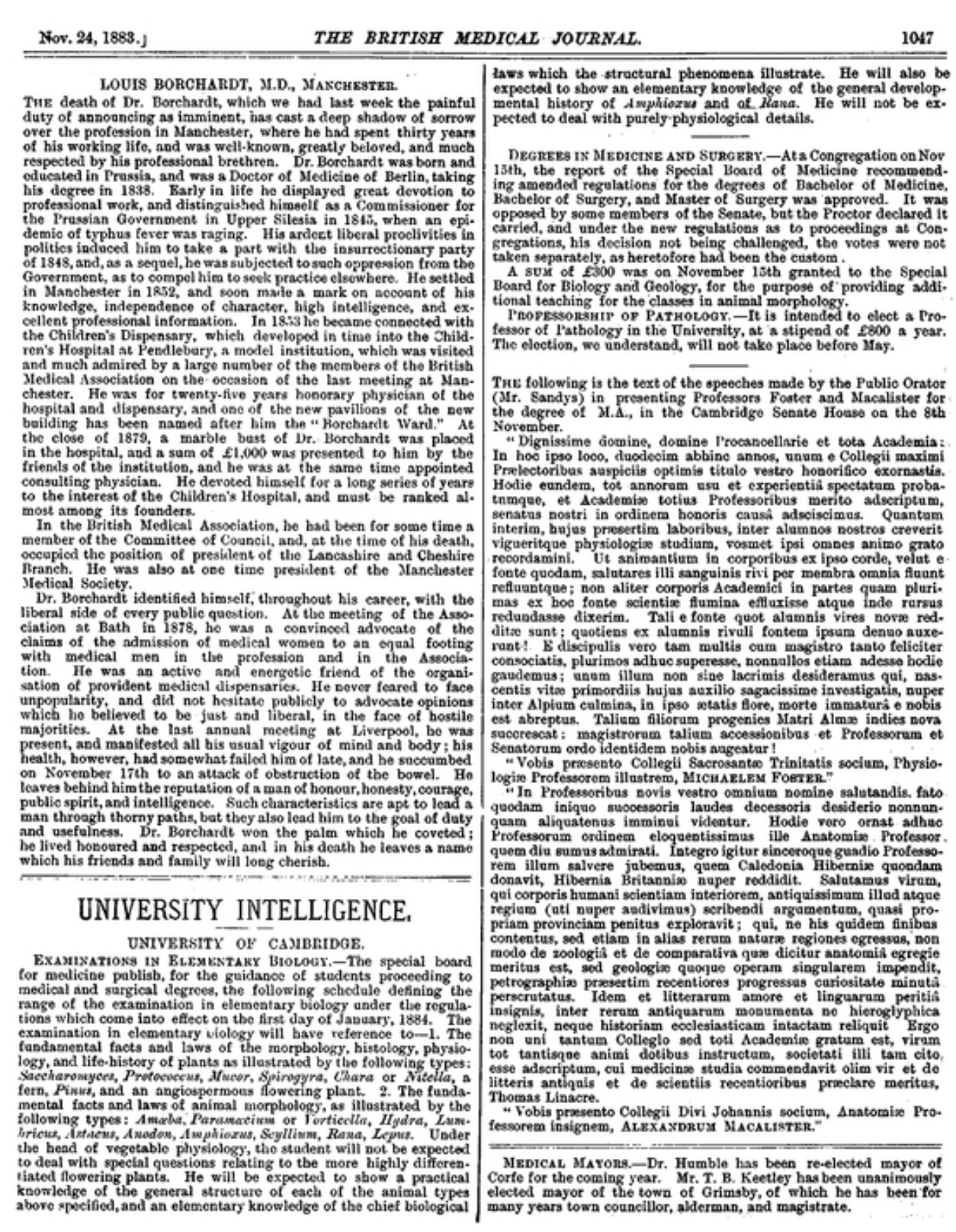 It was his then-controversial political beliefs that got him into trouble regularly and even shunned from Germany.

Borchardt spent much of the mid-1840s helping to organise the fight against typhus in Silesia. He spent a brief stint in prison for anti-government agitation in Prussia in 1848 where he was subsequently forced to emigrate and seek to practice elsewhere.

Eventually, he landed in Manchester in 1852, where he was appointed as physician to the General Dispensary for Children and ultimately became the catalyst that made this failing dispensary into a popular Children’s hospital.

It was in 1852 when Marx and Engles first referenced Borchardt and there began a relationship rockier than Ross and Rachel. It was sort of the modern-day equivalent of staying Facebook friends with someone you can’t stand but simply need to know how they’re handling their seventh kid.

Well, they definitely couldn’t stand him, questioning his professional capabilities, mocking his liberalness and spreading rumours all over the place. They pretty much kept his acquaintance for the sake of their German teacher friend, Wilhelm Wolf – recipient of Das Kapital dedication – who needed some pupils to teach.

Individuals queueing for medical services at a Dispensary (1879 / The Graphic)

It’s not clear how their friendship – or lack of – ended and frankly, it’s not that important to the tale that binds Borchardt to Manchester. In fact, this was all sort of going on in the periphery of Borchardt’s life but this friendship or non-friendship is an interesting little nugget of information.

Meanwhile, he was having – according to Marx and Engles at least – ‘improper relations’ with a lady patient and in part creating the hospital that would eventually become the Royal Manchester Children’s Hospital.

After gaining his MD in 1838 and practising privately until 1845, it’s unclear why or exactly when Borchardt decided to specialise in children’s health. At this point in British history, nobody particularly cared about it and very few professionals were putting their time, money or name into researching it. Children were excluded from hospitals at this time, allowed only into dispensaries which were essentially a room where anyone who would be refused hospital treatment – children, pregnant women, fever cases and ‘incurables’ – could go for medical aid. The child mortality rate was exceptionally high during this period and Manchester was only getting increasingly more industrial and even more overcrowded.

Borchardt became Honorary Physician at the Dispensary in 1853 and shortly after, resisted attempts to merge the dispensary with maternity hospitals and instead, persuaded governors to offer a trial of six in-patient beds in 1855 specifically for children.

By 1858, the number of beds increased to 25 and the number of patients being treated rose dramatically. Eventually, the Dispensary moved to Bridge Street before moving again in 1867 on to Gartside Street to treat thousands of out-patients.

The site played a huge role in the development of Children’s Hospitals and local health education until it fully moved to the already operating Pendlebury site in 1991.

The Pendlebury site first opened in 1873 with a telephone link to the Gartside Street Dispensary. And after a massive Victorian raffle and piss up two years later, the public raised £24,000 to finish phase two of the hospital, a sign that, finally, people were starting to care about children. 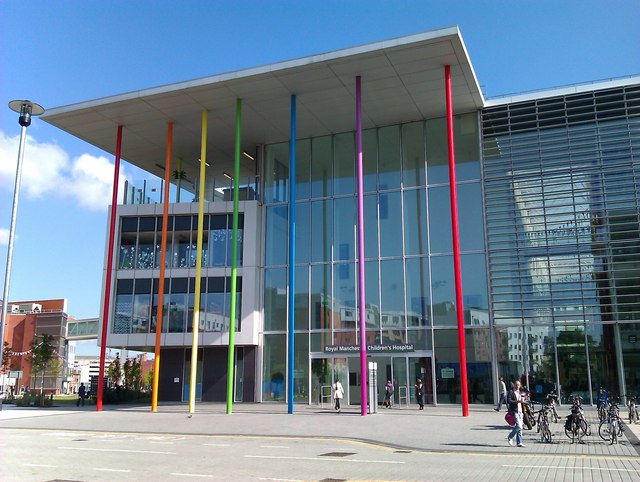 Eventually, Dr Borchadt retired in 1879 leaving behind a legacy of ‘honour, honesty, courage, public spirit and intelligence’ but before this and his death in 1883, Borchardt made headlines in the public airing of the autocratic manner some hospitals were being run. The beef made it to Manchester Guardian as well as the British Medical Journal multiple times.

Despite this knock, the hospital continued to go from strength to strength under the newly appointed physician, Henry Ashby, racking up a reputation for training nurses. By 1922, the hospital was appointed a registered training centre with nurses coming from all over the UK.

The hospital was the first paediatric teaching hospital and the out-patient clinic treating children with mental and speech disorders was one of the first of its kind in the country.

Manchester’s Children’s Dispensary and the later Hospital were the first-ever continuous medical service for children in Britain. The new ideas and initial turnaround of the failing institution brought in by Dr Louis Borchardt in 1852, are responsible, at least in part, for the history of what we now know as the Royal Manchester’s Children Hospital.