It comes following a 60% drop in revenue at venues since the curfew was imposed. 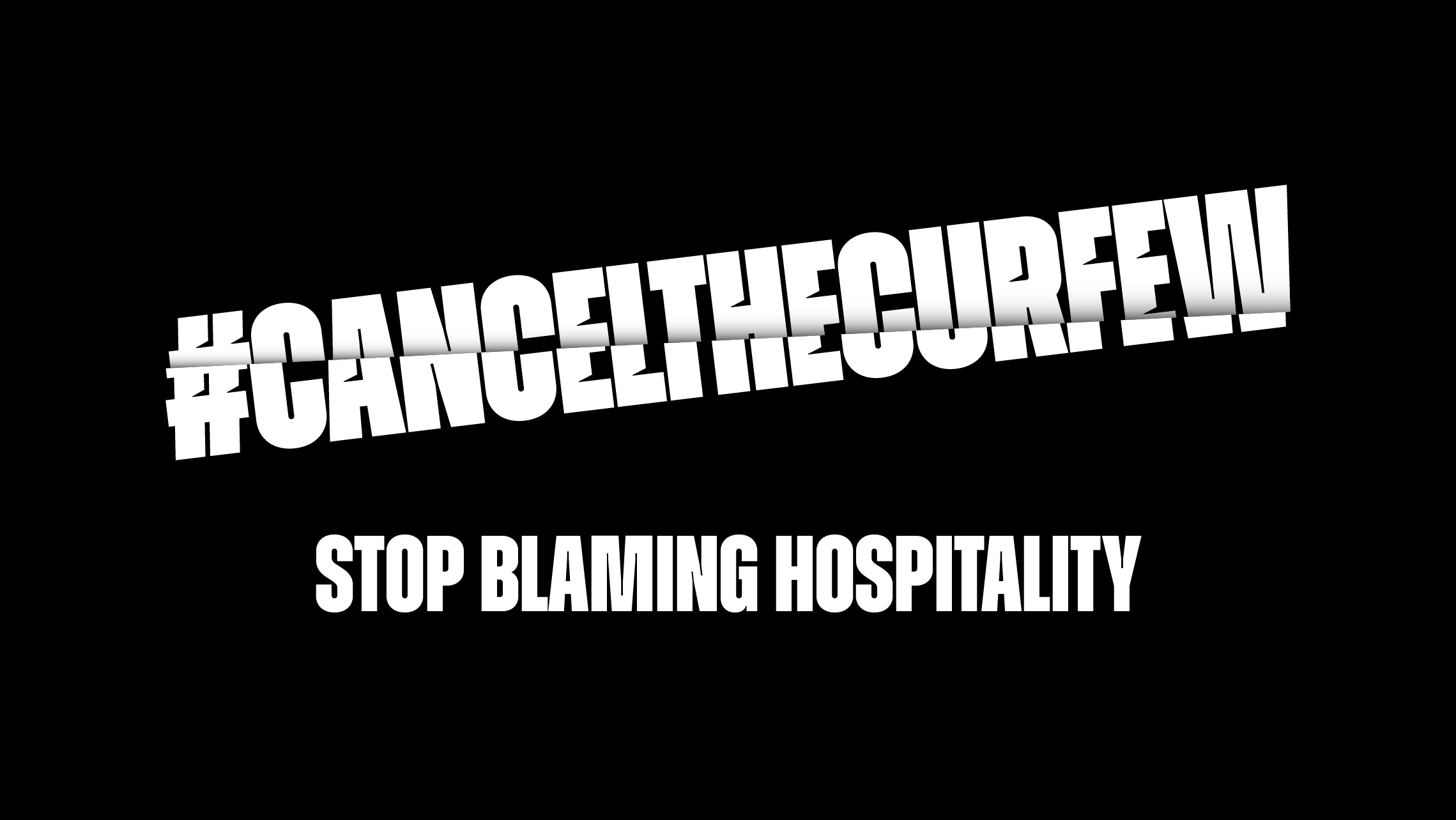 #CANCELTHECURFEW launches this week in efforts to pressure the government to remove the 10pm curfew that has instantly impacted the hospitality industry.

The curfew has actually caused some venues to lose 40 hours of trading per week and is therefore causing massively negative impacts on businesses that are already running at reduced capacity.

A group of hospitality professionals from over the country have created the campaign in attempts to raise awareness to consumers the impact the policy is having on the industry.

In an Instagram post, @cancelthecurfew wrote: “The UK Hospitality Sector directly employs 10% of the working population and contributes £39 Billion in tax revenue.

The newest legislation and government advice is paralysing our industry and we must be heard; as a unified voice, to protect what we have left and what our futures might hold for us.

You can show your support by using the hashtag #cancelthecurfew and by signing our Google sheet document. We hope to raise awareness of our cause and get to those who make these decisions before it’s too late.”

They have also released an open letter to the government explaining that the curfew could be the ‘final nail in the coffin’ for an industry that is ‘dying’ – some venues have reported a 60% drop in revenue since the curfew has been imposed.

The Government need to properly engage with our sector, rather than coming on the news, announcing ill informed decisions.

Tom Lord, founder of Hospitality Gin and hospitality consultant, says: “The industry that we love is in grave danger of being suffocated by this curfew. Some venues were starting to see a light at the end of the tunnel before it was announced as customers returned and we all settled into ‘the new normal’. Now we’ve been plunged back into uncertainty.

“We want the British public to know the impact that the curfew is going to have, not just on our businesses, but on our friends and colleagues. We have borne the brunt of the measures announced over the past fortnight.

“We are vilified as breeding grounds for the virus, yet Public Health England’s own figures show this is not true. In fact, the latest figures show that we have one of the lowest infection rates outside of the home.

“Hundreds of thousands of people will lose their jobs as a direct result of this disastrous policy, thousands of businesses will close their doors forever, and the hospitality industry will never be the same again. Stop blaming hospitality, let us serve.“

The movement starts this week on social media, asking those involved in the hospitality industry to share the hashtag CANCELTHECURFEW.

Following this here will be a silent protest and a social media ‘thunderclap’ at 10pm on Saturday 3rd October which will see venues and their workers standing outside the venue.

Mojo’s Manchester has also barred MPs from their venues until the curfew is cancelled or financial support is offered. They posted the news on their socials with the caption ‘you won’t serve us so we won’t serve you!’.

Michael Greenhow of Mojo: “With neither evidence to support the assumption that hospitality is driving infection – only 35 cases reported in the sector and as of yet no sign of the threatened dramatic upturn in deaths, the move to curtail the operational hours of our already crippled industry seems unjust and punitive, not to mention illogical and irrational.

Are people more infectious after 10pm? Hospitality has slaved to work responsibly within the constraints laid out for us and now we are being thrown aside with scant concern for the impact these measures will have on our businesses and the wider economy.”

Join Manchester’s Spoken Word Artists in Hulme for a Special Event from SAYIN?