This concrete 'pool' brings back a lot of memories... 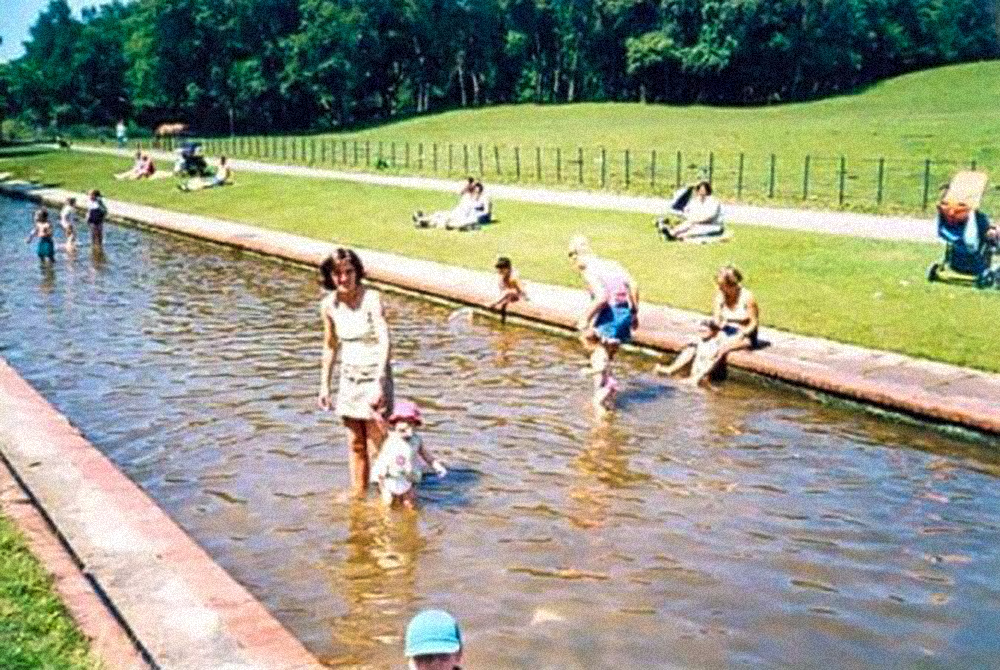 If you’re under the age of 25, you probably won’t know this, but Heaton Park was once at the forefront of modern urban trends. Yep, it had it’s very own Lido – those outdoor swimming pools that people love so much down South.

Right, okay. So it wasn’t actually a lido. It was more like a concrete hole filled with mucky water, but the ‘pool’ at Heaton Park was very popular with families, kids and the occasional piss head back in the 80s and 90s.

It was more of a paddling pool if I’m being honest with you, but many years back – when Heaton Park first opened in 1902 – it actually did have its very own (proper) Lido – a purpose-build swimming pool for men and boys only. 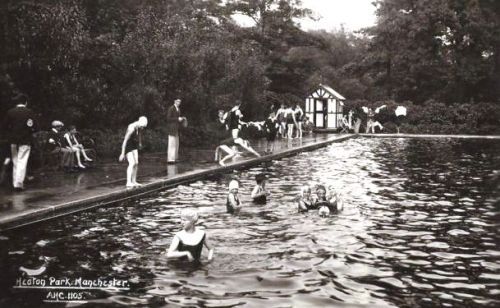 This wasn’t a feature unique to Heaton Park, many of the city’s parks had them – including Alexandra Park in Moss Side, and by the 30s, all 8 of Manchester’s lidos were offering mixed bathing 6 days a week.

By the 50s though, every lido in the city was closed, and although they were initially very popular, their usage declined considerably over the years through a combination of fear of the (water-borne) disease polio and the high maintenance costs of keeping the water clean and free from dangers. 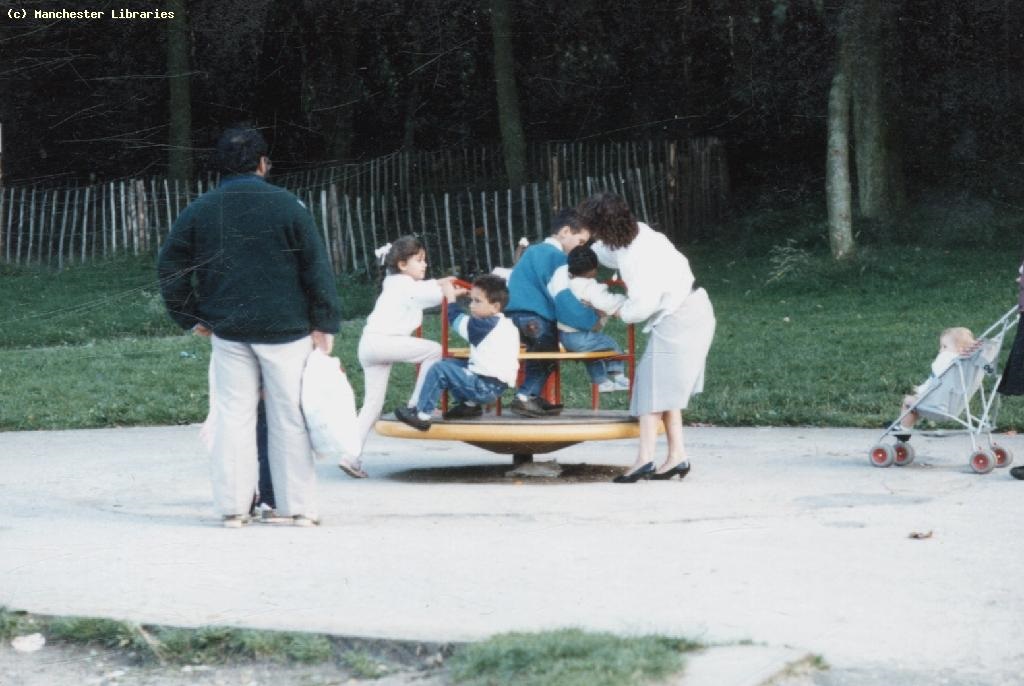 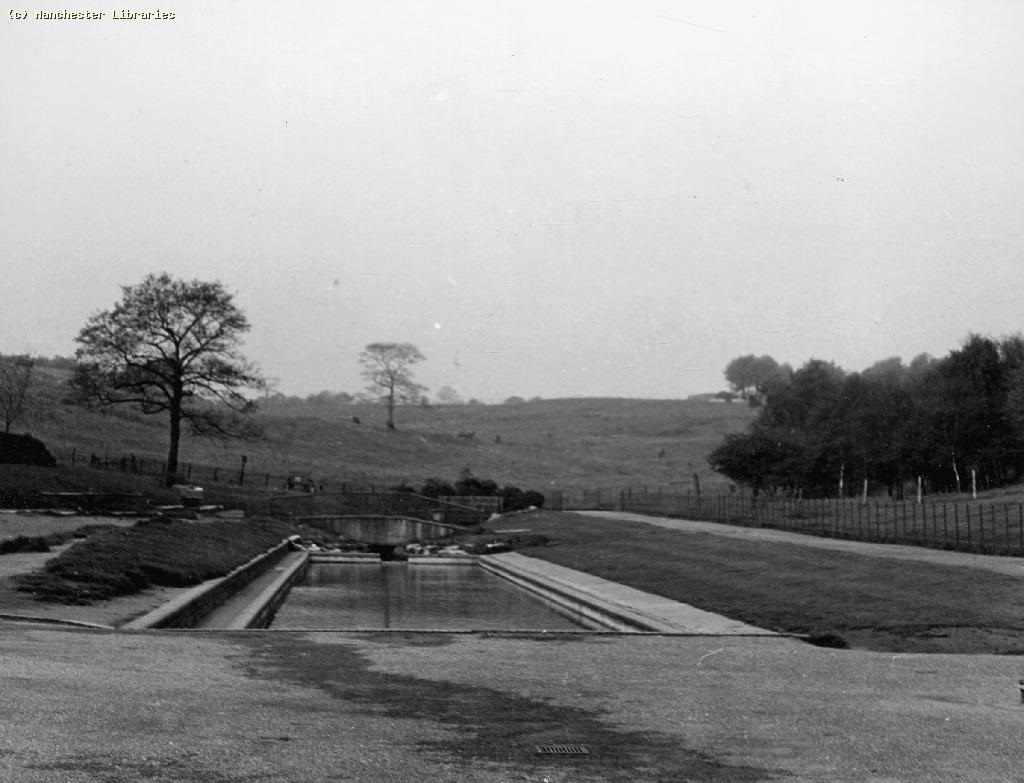 The Heaton Park paddling pool therefore became a rather unusual oddity left over from this time, and even though the main lido was closed, the children’s one continued to be open and maintained somewhat – although the cleanliness of the water was always a bit suspect.

Located right next to the main playground, the paddling pool would get packed out when it was sunny, with kids running around all over the place, slipping, cracking heads open, pissing in the water and generally causing serious chaos. 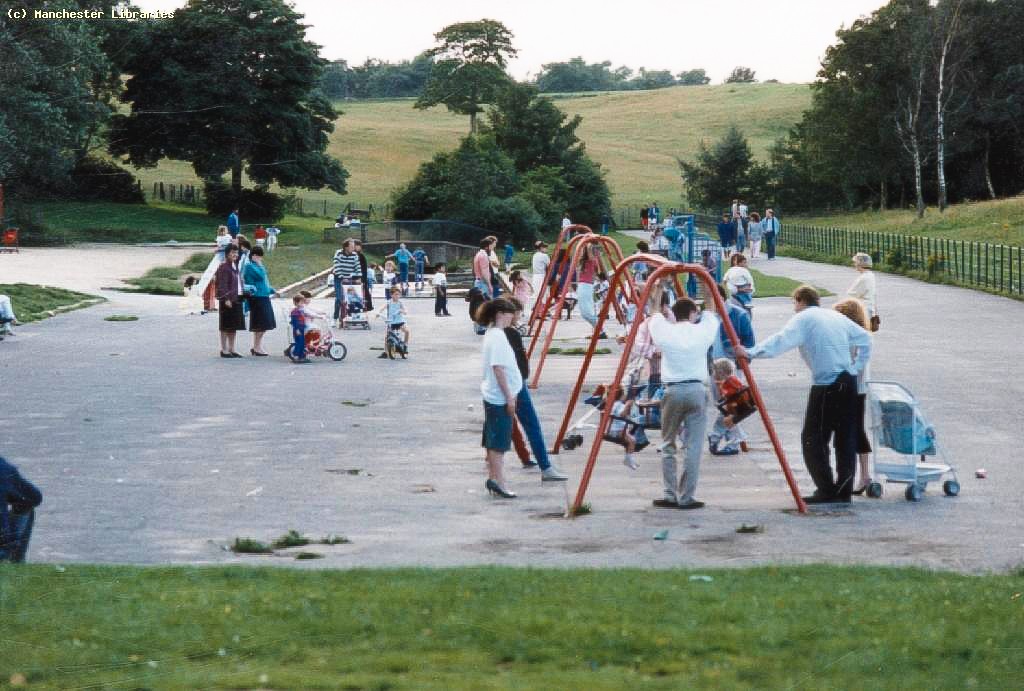 As a little lad I remember vaguely being in here, and getting a load of stones stuck in my feet as I waddled about. Later when I was in my teens, we went down to Heaton Park for the day and the pool was still there, and although I didn’t want to get anywhere near the manky water, my step brother did get bitten by a little snake.

He was fine, although I’ve spoken to at least two other people in the past who also claim to have been bitten by a snake in and around the pool. Maybe it was the same one? 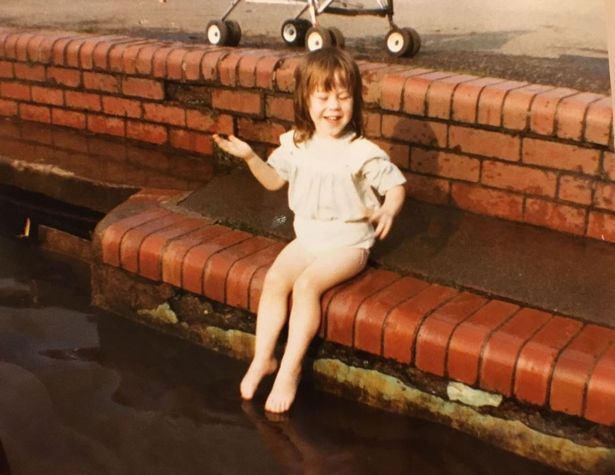 By the late 90s though, the paddling pool was in a serious state of disrepair and filled with dirty water. I suspect that the Council just decided it was best to leave it well alone, not talk about it and just ignore the fact that it was there.

There was always broken glass in the water, it was filthy and it was a Health & Safety nightmare – and so it was eventually filled in and taken from our lives forever.

In the years since, Heaton Park has had some serious investment shoved into it – especially when it comes to children’s play areas.

Super-safe and modern, there’s no chance that your kid will be in any danger on these things nowadays – not like back in the 90s when flying off a roundabout at 60mph head first or slicing open your ankle on a sharp brick on the side of the paddling pool was a right of passage.

Probably for the best really.