Myths of Manchester: The Busiest Bus Route in Europe?

We've all heard the claims - but is the Wilmslow Road corridor really THAT busy? 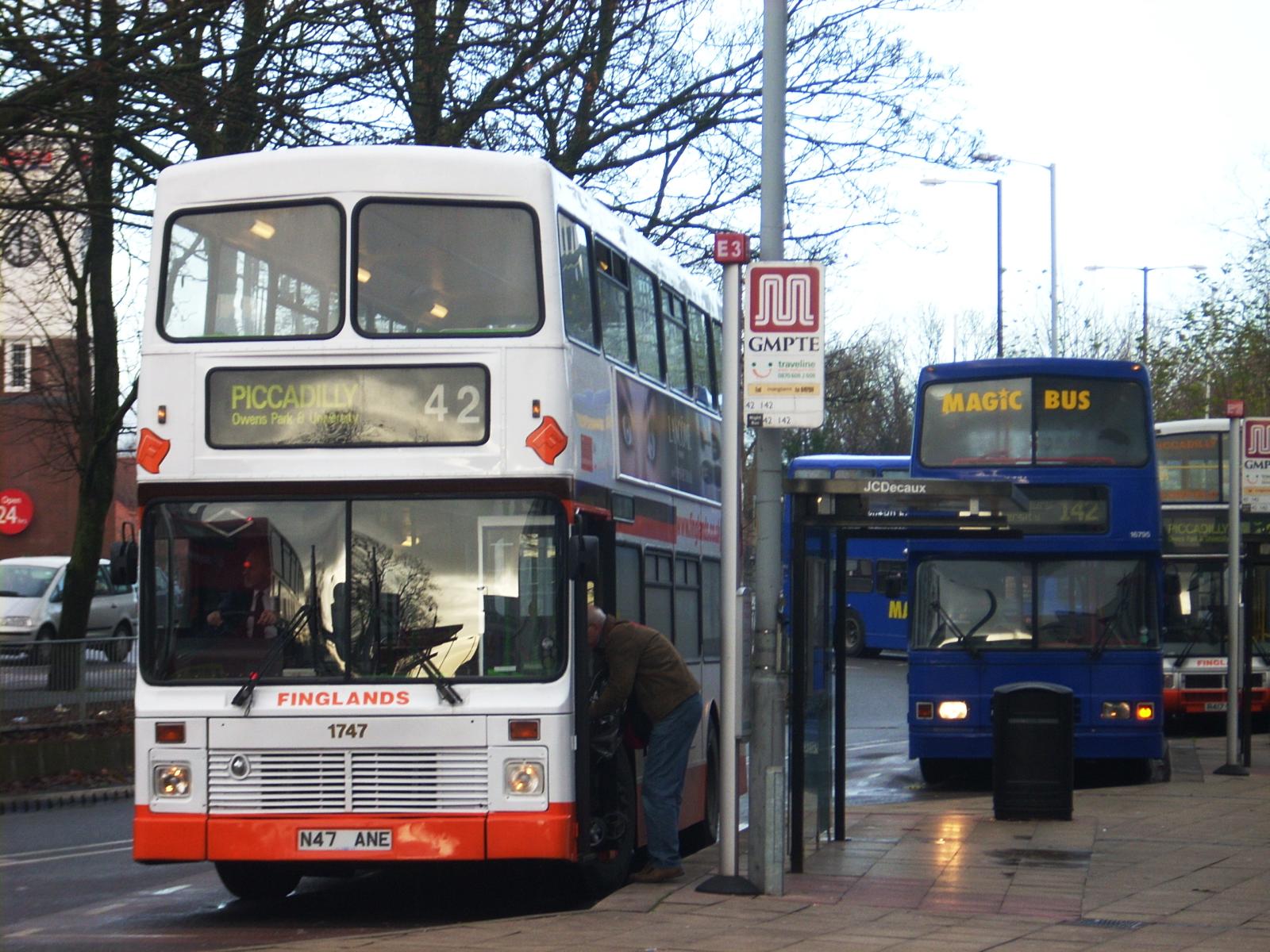 Starting right at the top of Oxford Street (where most of the buses turn onto Portland Street) and continuing all the way down to Withington (where it forks off into two) – the Wilmslow Road corridor has been called ‘The Busiest Bus Route in Europe’ for many years now.

In my endless endeavour of uncovering the real truth behind such claims, an endeavour which is very important not just to the people of Manchester but to society as a whole, I shall regale all I’ve found in the words before you…

But be warned, much like any bus journey on this pot-holed stretch of road – it’s going to be a bumpy ride!

Before tackling the actual question about just how busy the corridor is – I thought it helpful to explain just how in the world it came to be how it is, with thousands upon thousands of people using it daily, with such a diverse spattering of operators through the years. 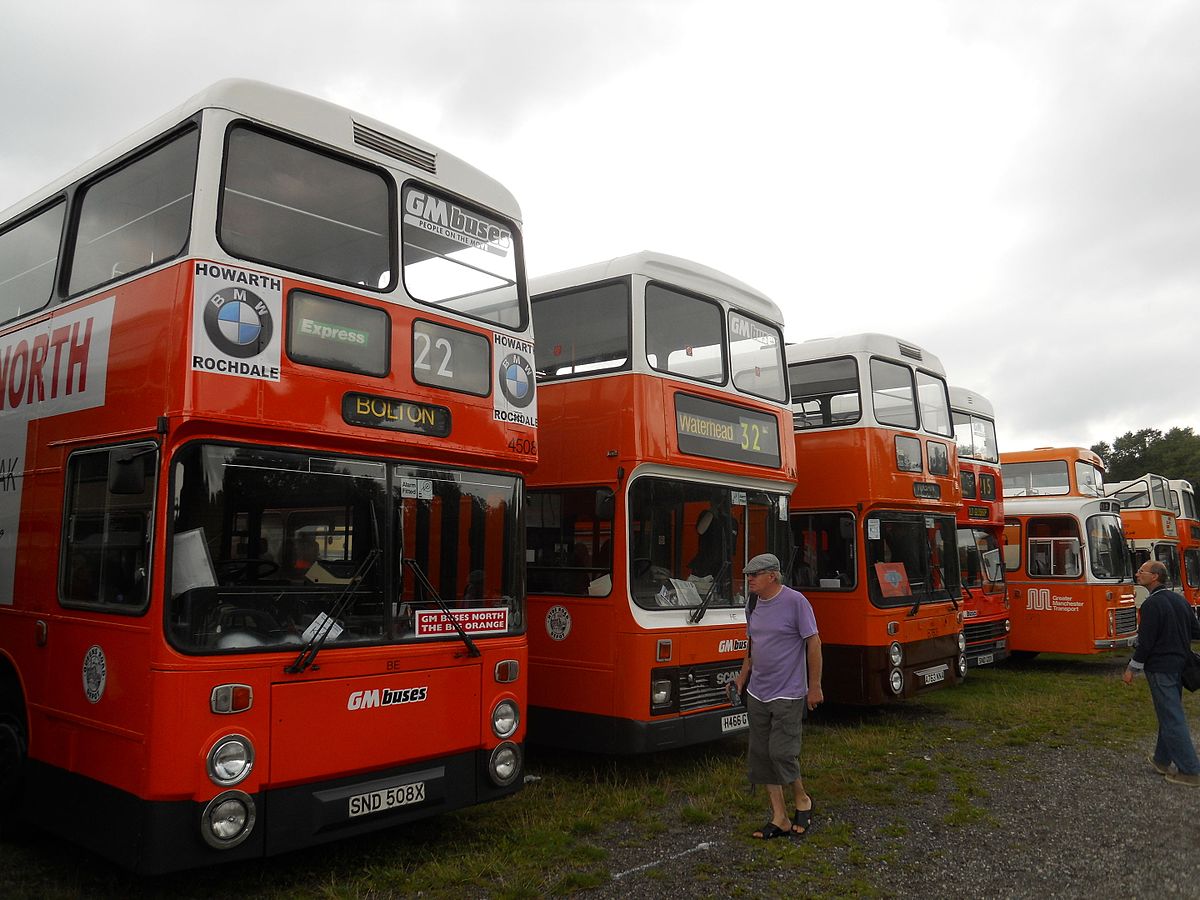 It all kicked off (like most things transport-related nowadays) with deregulation in the 80’s. Thatcher had been reading too much Atlas Shrugged and decided that taking most things out of government control was for the best. “Let the free market decide” she cried – and even though we all know now that it was all complete bollocks – it happened, and GMPTE became GM Buses.

As a kid we used to be taken to Oldham Sports Centre on a Wednesday in what then (1994) was an old GM Bus and I must admit – it was a grim experience. Operating soley on the Wilmslow Road corridor for quite a while, it was only a matter of time until a new buck-starter turned up, and that was Finglands.

Traditionally a private hire coach company, Finglands managed to get their hands on some buses and decided to offer a cheaper alternative to students on the Wilmslow Road corridor, and they were quickly followed by other companies looking to get a share of that student grant money. 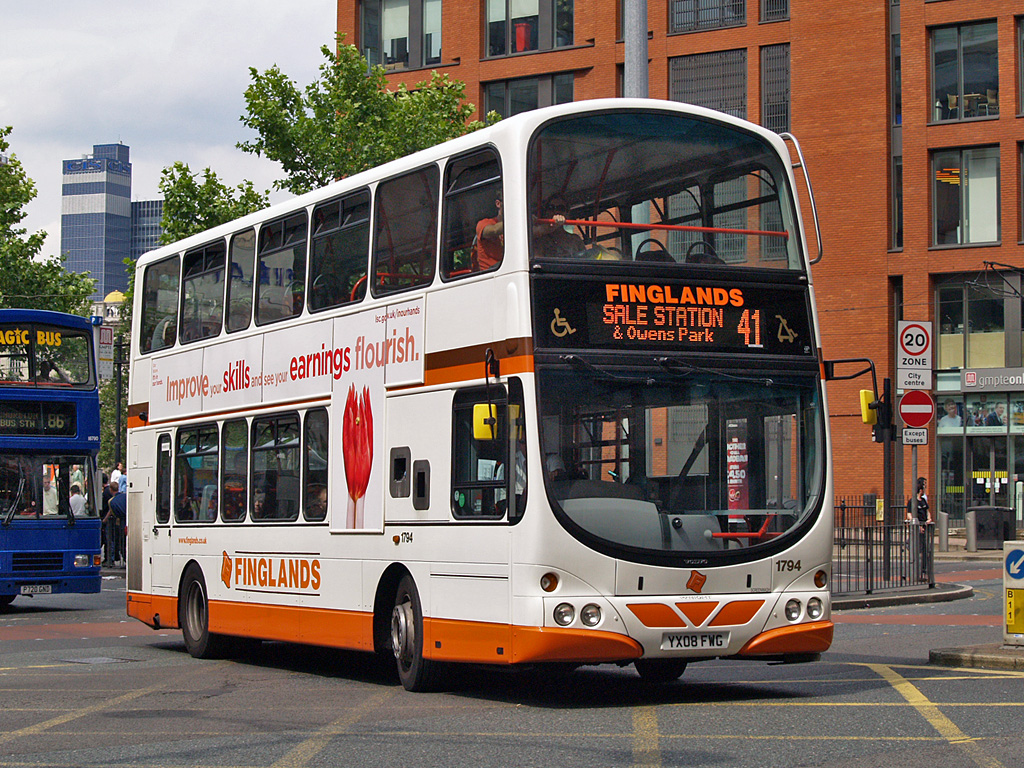 So companies like Wall’s and the legendary Bullock’s appeared and by 1996 GM Buses had been sold to Stagecoach, who pretty much just re-painted the old buses, stuck a cartoon wizard on the side and named them ‘Magic Buses‘.

By the time I was at University in 2003 there were almost too many bus companies to choose from. It was often a sign of what kind of person you were chatting to when you found out what bus they took.

If it was a ‘normal’ Stagecoach they obviously had a bit of money, UK North – they were pretty reckless and Bullock’s (my brand) – they enjoyed the pure thrill of seeing a bus travel faster than the national speed limit, weaving through traffic in record time.

By the time I was barely bothering with lectures and had developed an addiction to Gaff’s, there was a Parliamentary Select Committee on Transport which described the timetable situation on Wilmslow Road as “chaos“. 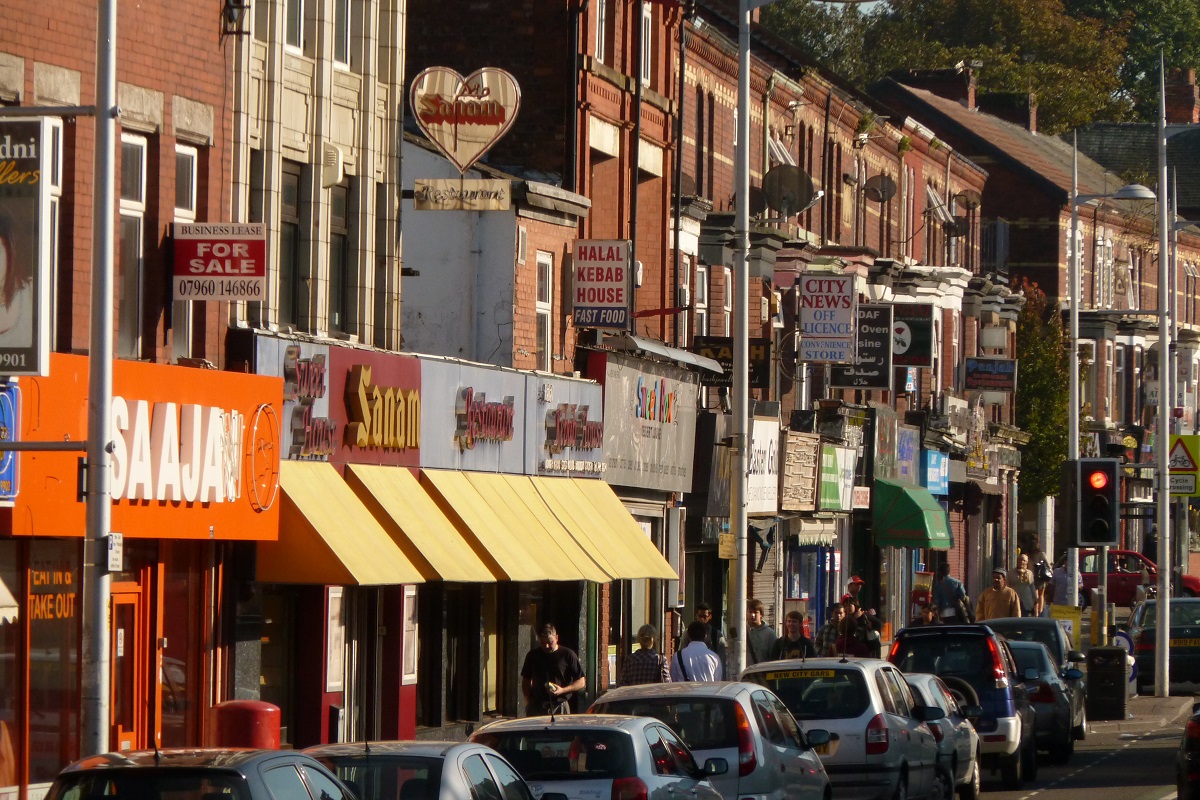 This was shortly followed by some pretty serious incidents on the route, most noticeably a horrific collision between a UK North bus and a man erecting a neon sign in a cherry picker who subsequently died. The driver had apparently failed eye tests before the incident, and when an investigation was launched into the incident – the whole company unravelled.

Basically UK North had been working their drivers too hard, with long hours and insufficient training and support from management – all in the pursuit of profits in what was certainly one of the most competitive bus routes probably in the world at the time.

In the aftermath of the incident the number of companies operating quickly diminished, as Finglands was bought by First and all of Bullock’s buses went so fast down the road that they actually broke the speed of light barrier and disappeared entirely. 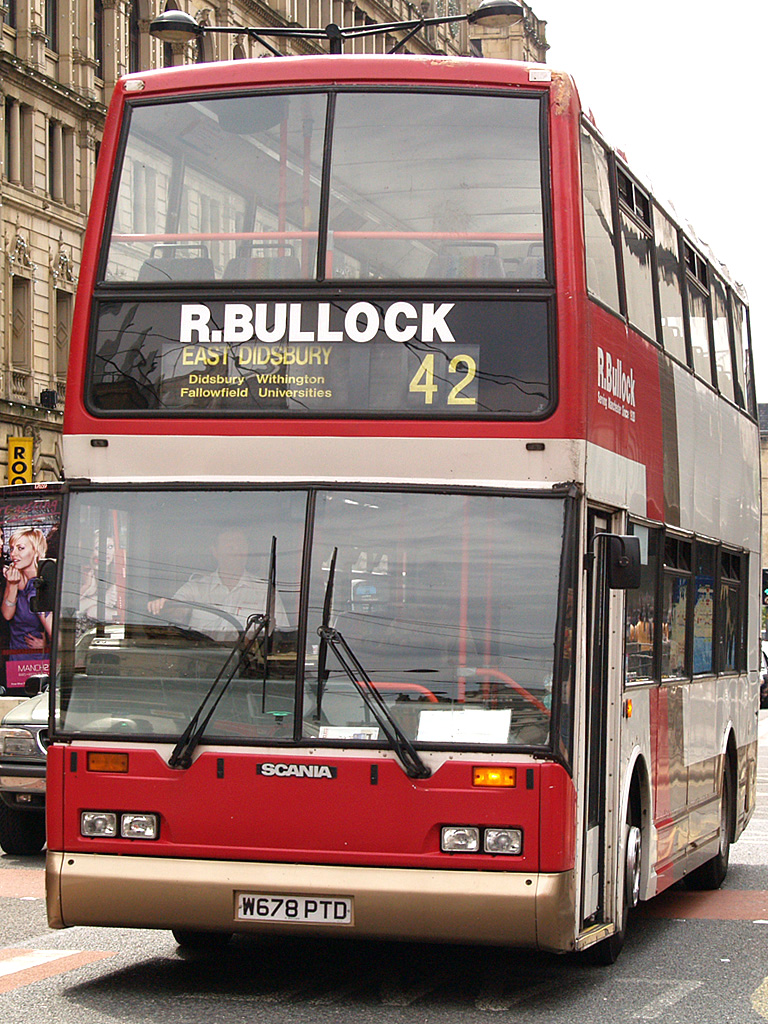 So nowadays it’s just First and Stagecoach, with the odd Magic Bus dotted around and that weird small white one that goes all the way to Cheadle and costs 79p.

Going all the way back to the original question (and point of this whole thing – sorry) – is this the busiest bus route in Europe? Well, that’s just it – we don’t know – and there’s no real way of finding it out.

First of all there’s that comment about the timetables being “chaos”, which is perfectly true insofar that there is no timetable whatsoever. 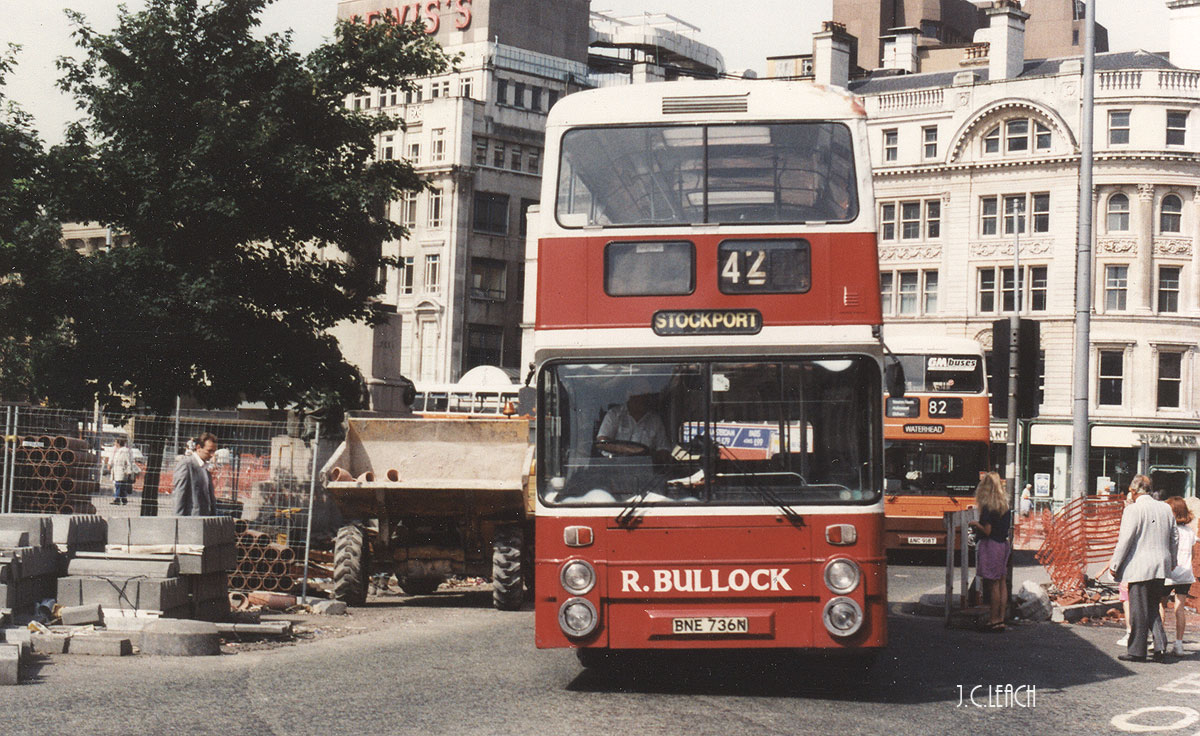 Look at a timetable at a bus stop on Wilmslow Road and it makes absolutely no correlation with when a bus is going to turn up. The simple fact of the matter is that you don’t actually need one – you’re never more than 4 minutes from the next bus – even when it’s 2am.

So without a reliable timetable there’s nothing to compare it to. There’s also the simple fact that some parts of the corridor are actually much busier than others, with a wide range of fringe buses actually spending some of their route on Wilmslow Road – further skewing the data and making it nigh on impossible to prove.

But I don’t really think the question needs an answer from anyone who frequently uses the corridor – it will always be the busiest in Europe but also the one with the best stories. 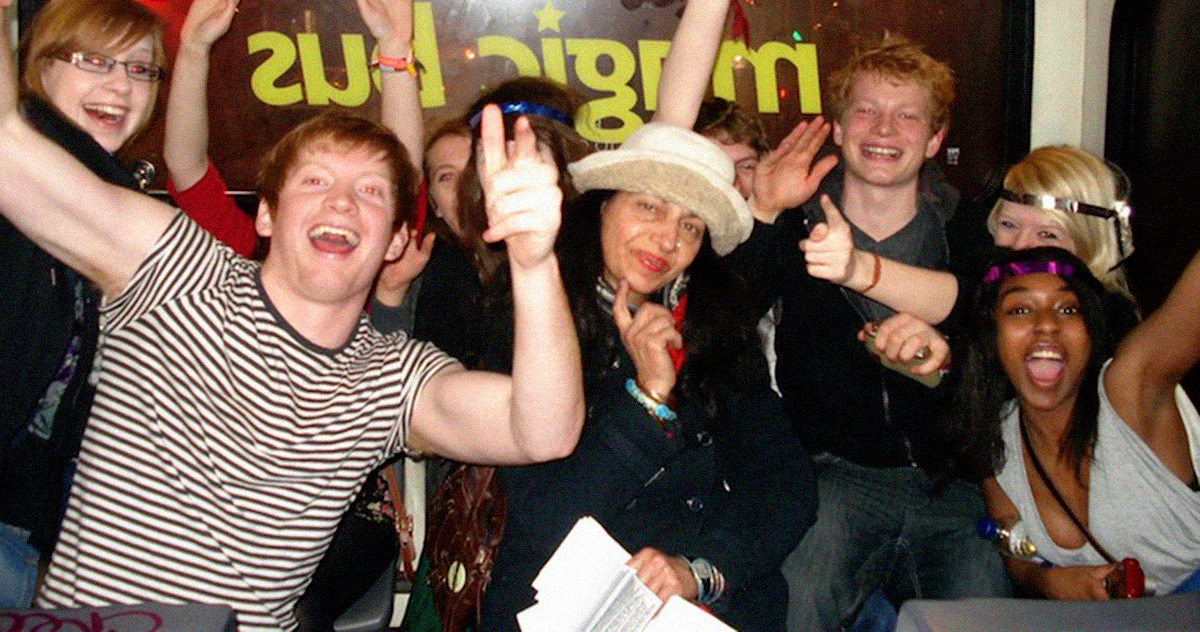 Whether it’s singing Wonderwall on the top deck at 3am, pre-drinking from a 2 litre bottle of Tizer on the way out or having a nice chat with the Magic Bus Lady on the way home from work – there’s always something going on on the Wilmslow Road Corridor.

To all those that brave those dodgy roads, dodgy people and dodgy buses – I salute you.