Surely not? The world's most famous boxer opened up the Arndale in Stretford? 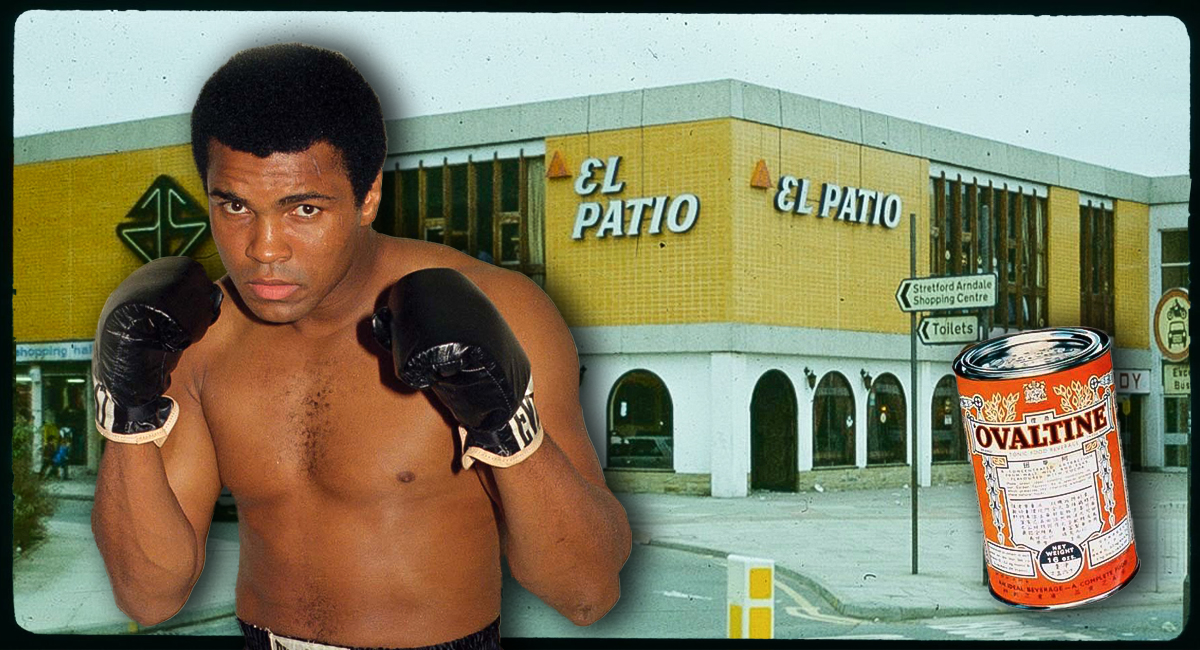 Yep, this is exactly what I read this morning during my weekly Monday morning post-weekend, pre-weekday content search.

Muhammad Ali, AKA Cassius Clay, AKA The People’s Champion, AKA ‘The Greatest’ – well, he travelled all the way to Stretford to officially open up the Arndale centre, presumably sometime back in the 1970s.

What was going on!? Was the Duke of Edinburgh otherwise engaged? Perhaps the Queen was in the ring doing some boxing so Ali was the next best person? 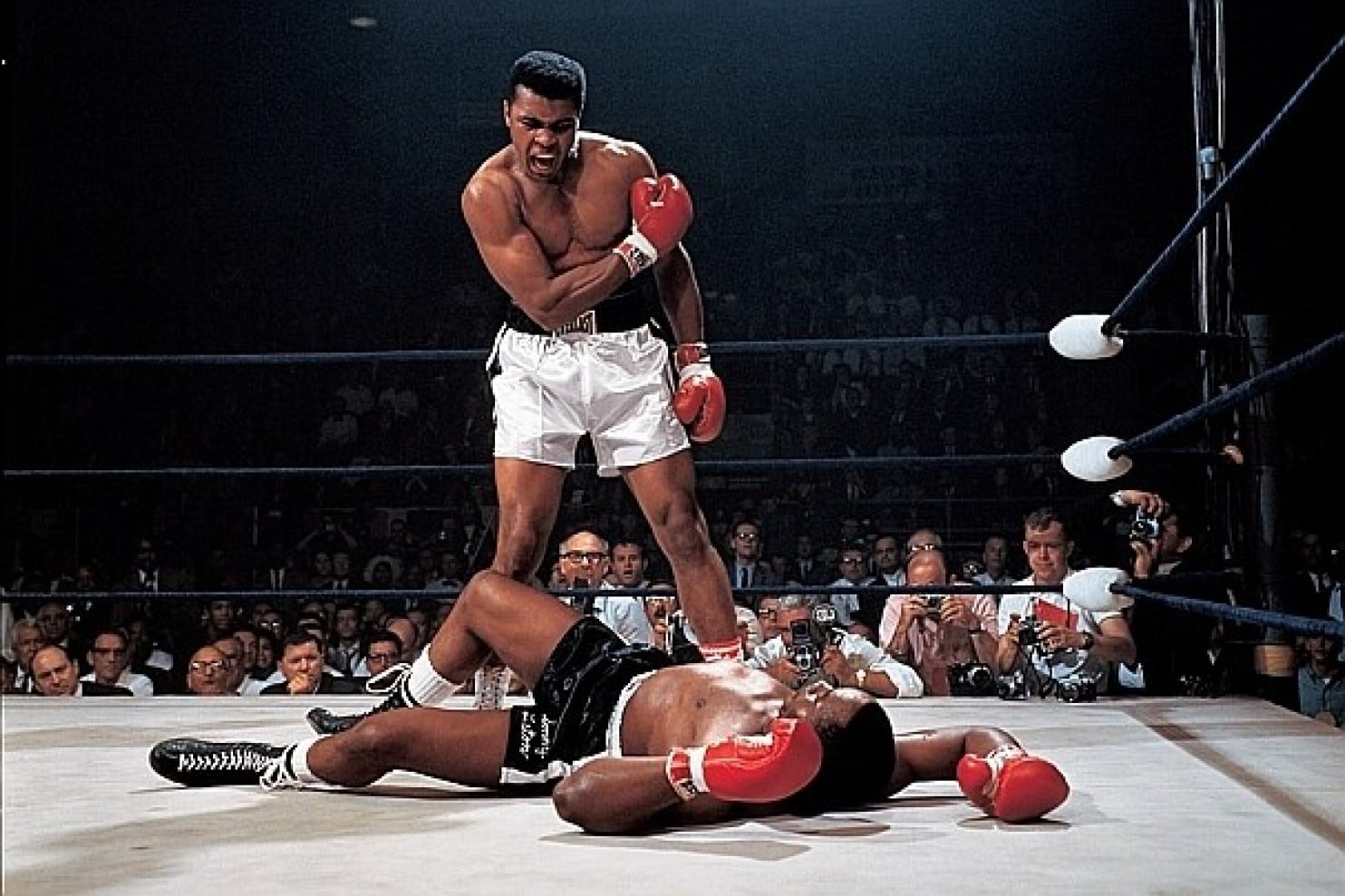 Did he cut a big ribbon with some novelty-sized scissors? Did he instead punch the ribbon into submission before announcing the concrete monstrosity “Open for Business”?

All of these questions and more were going through my head when I read the statement, so some rather light-to-heavy Google searching was called for. Here’s what I found out…

I like to set the scene for these things, so I’m going to start you off with Stretford during the mid-to-late 20th Century. The post war years, like in most towns throughout the North, were particularly difficult for Stretford, and decline was starting to set in. 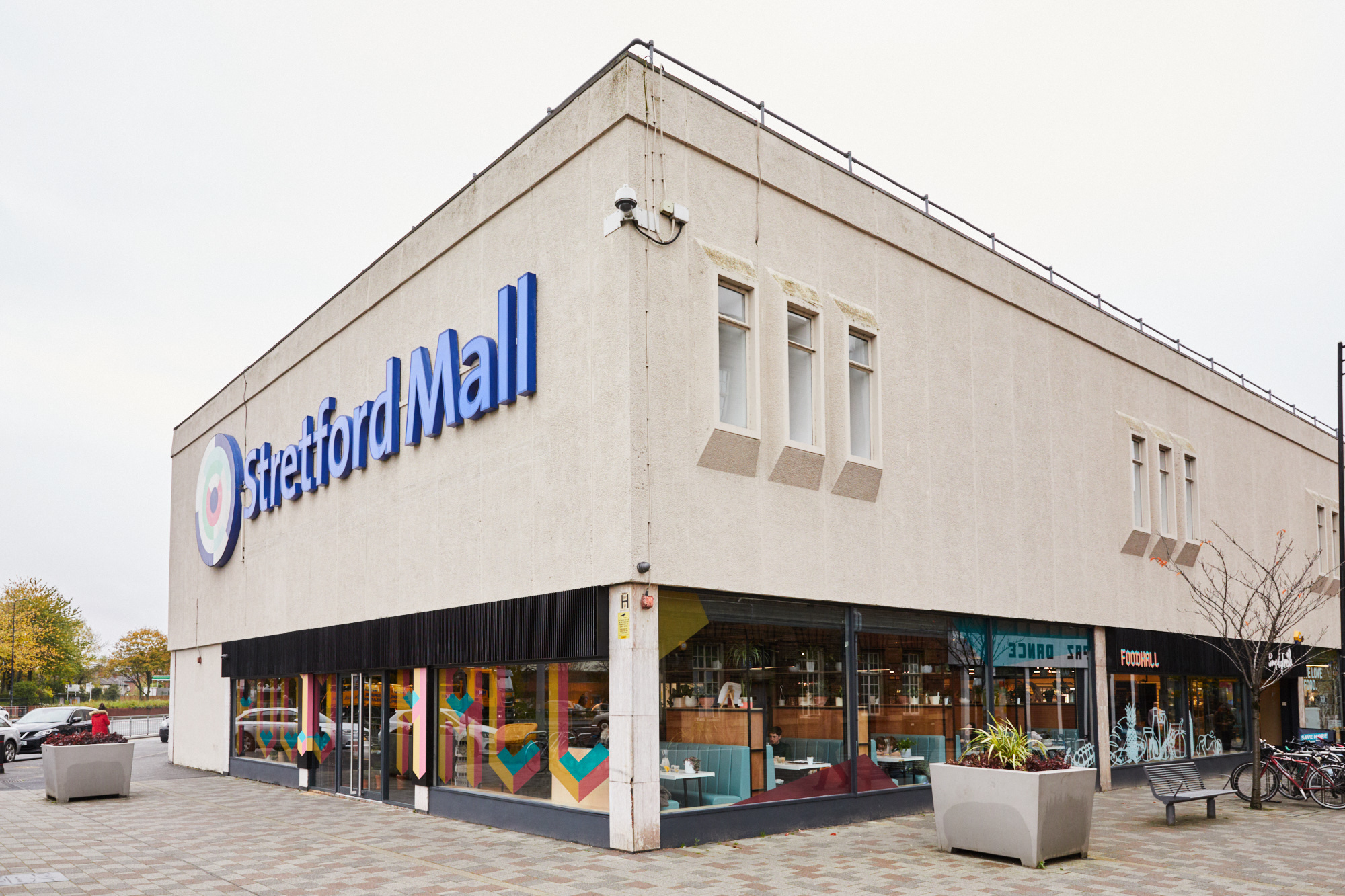 The area itself had been famed for years as both a key village and stop off for travellers coming into the city, as well as being the “Garden of Lancashire“; home to a huge pig market and producing over 500 tonnes of vegetables each week for market.

‘Stretford Beef’ became a thing, which was actually just rhubarb, nicknamed due to the popularity and abundance of the stuff at the time.

With the opening of the Manchester Ship Canal and the development of Trafford Park Industrial Estate, Stretford grew even further, becoming home to the thousands of workers required in the area, drawn with the promise of work in new industrial factories right on their doorstep. 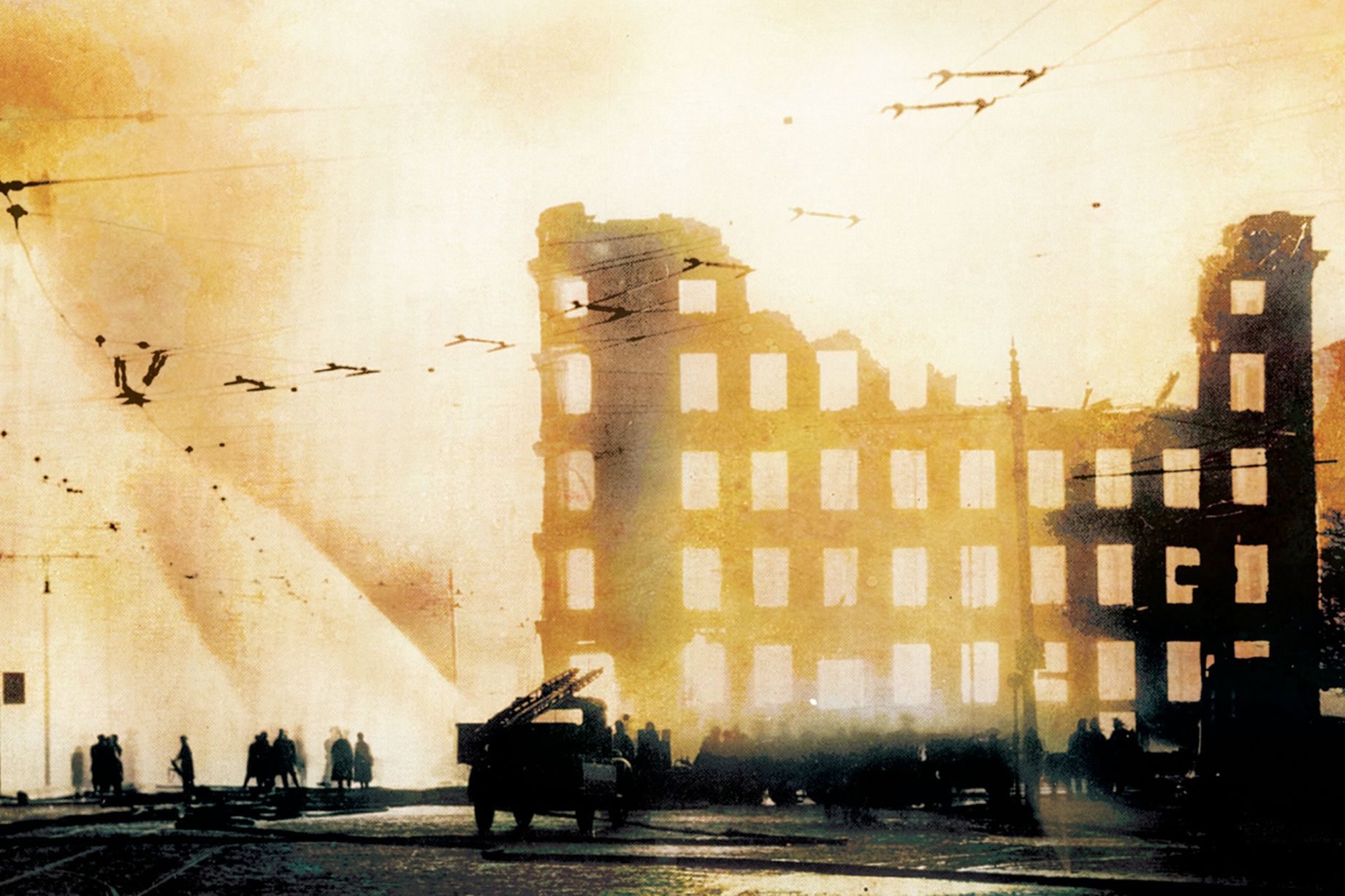 The Second World War brought massively increased production to the area, but also many German bombs, as Trafford Park became home to the Rolls-Royce Merlin engines used to power both Spitfires and Lancaster bombers. The area suffered heavily during the Manchester Blitz, with many deaths and buildings razed to the ground over the course of a few short months.

So by the Sixties, Trafford Council were faced with vast areas of Stretford that had been destroyed during the Blitz, and they wanted to build new and exciting developments on them to bring people back to the area.

Therefore they built Stretford House, also known as ‘Divorce Towers’, a rather unsightly tower block slap-bang in the centre of a roundabout on Chester Road. 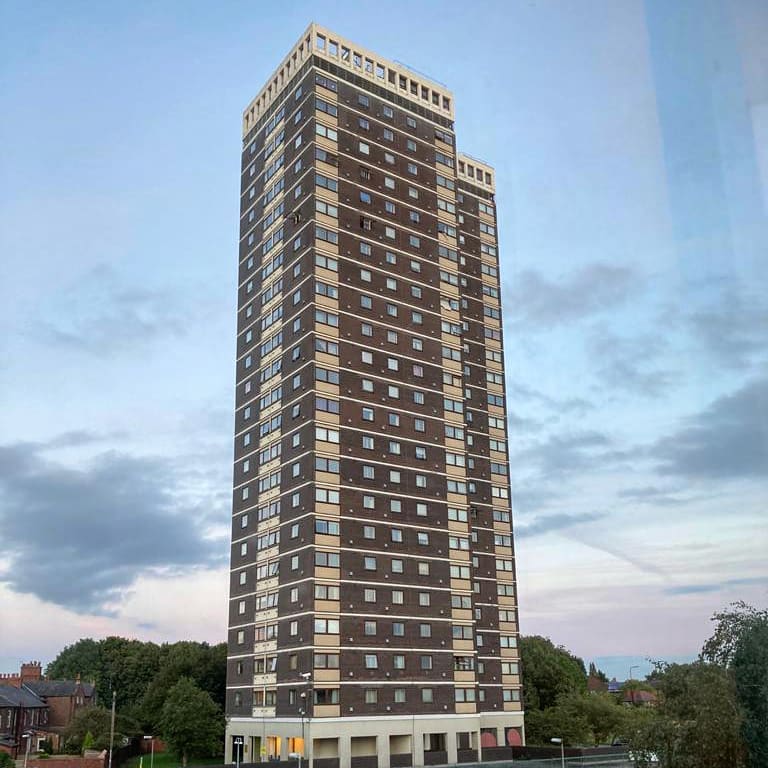 The tallest tower block in Greater Manchester when it was finished in 1968, the building has dominated the skyline of Trafford ever since, and came to be the centre of the re-development of post-war Stretford.

Also included in this re-development was, of course, the Stretford Arndale, part of a wider plan across the UK to bring American-style malls to the people of the UK. In total 23 Arndale’s were built around the country, including the one in the city centre of Manchester, and of course Stretford.

Opening six years ahead of the Manchester Arndale Centre, Stretford’s doors flung wide in 1969, with an opening ceremony attended by many of the areas VIPs, including the owner of the ‘Arndale’ brand Sam Chippendale – but unfortunately no Muhammad Ali. 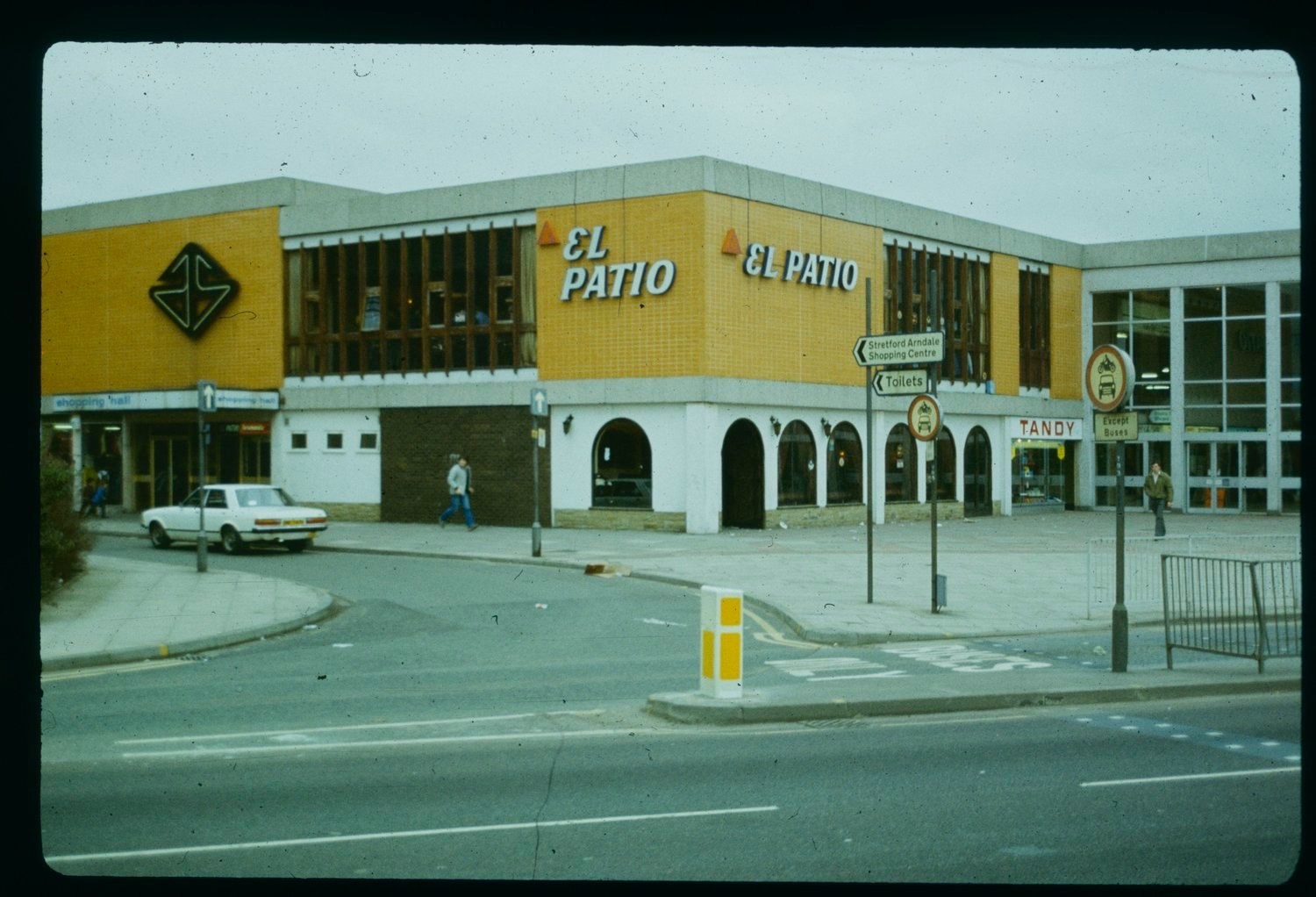 The Arndale in the 70s

At this point Ali was only just starting to get back into professional boxing after his ‘exile’ from the sport for refusing to be drafted into the Vietnam War.

A staunch opposer to the war, Ali became embroiled in not just the politics but the Civil Rights Movement in the late 60s, leading to a protracted break from the sport, one finally (and spectacularly) broken with by the ‘Fight of the Century’ with Smokin’ Joe Frazier in 1971.

It was in fact just seven months after beating Frazier and becoming ‘The Greatest That Ever Lived’ that Ali found himself stood in a Tesco in Stretford Mall, surrounded by Ovaltine and cowering from a baying crowd, just one misjudged comment away from a full-blown riot. 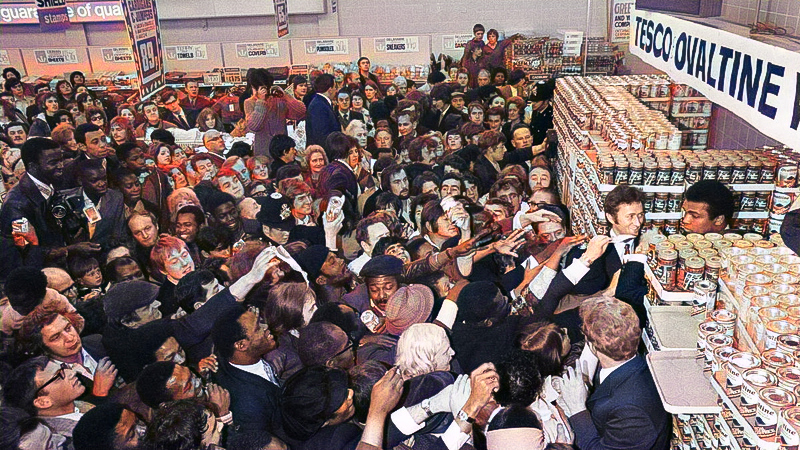 He was on a tour of the UK selling the malt-based bedtime drink, which is a bit like Horlicks, both of which aren’t really drunk any more by anybody under the age of 60, but are actually quite nice.

At the time Granada reporter Bob Geaves asked Ali; “Do you need the money?” to which he honestly replied “I always need the money, I’m not gonna lie.”

So there he was, visiting the likes of Norwich and Bracknell and Stretford, selling Ovaltine in supermarkets, like an early Dale Winton. 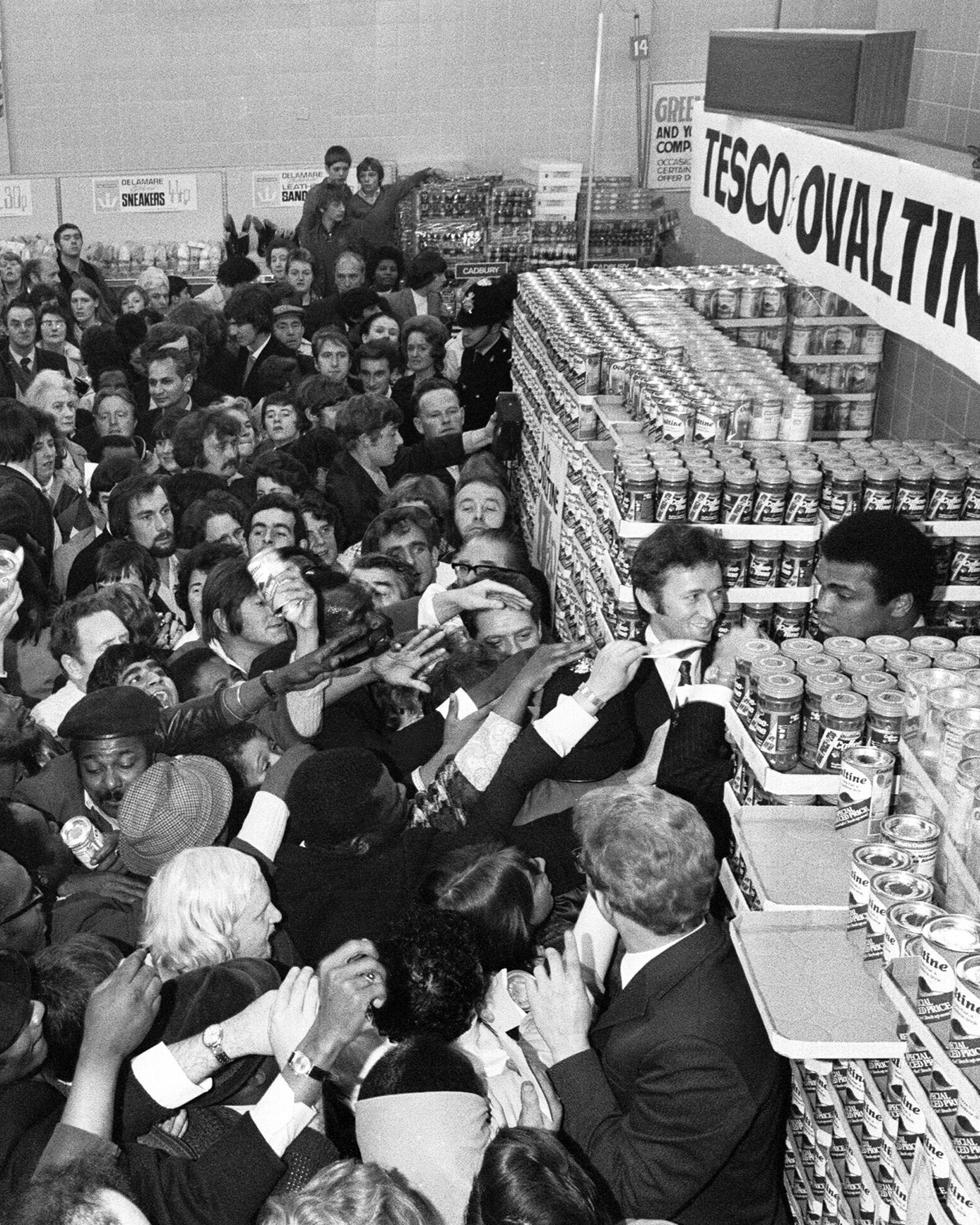 Doesn’t look happy does he?!

We’ve all been there though, I’d have taken the money too – especially considering all that he needed to do was reel off a few catchphrases, wave a bit and then get back into a limo and off to a hotel.

Stretford was different though. Muhammad Ali, one of the greatest boxers ever to walk this Earth, a man who, certainly at the time, was probably the ‘cock’ of the world was actually quoted as saying; “I was scared of that crowd”. 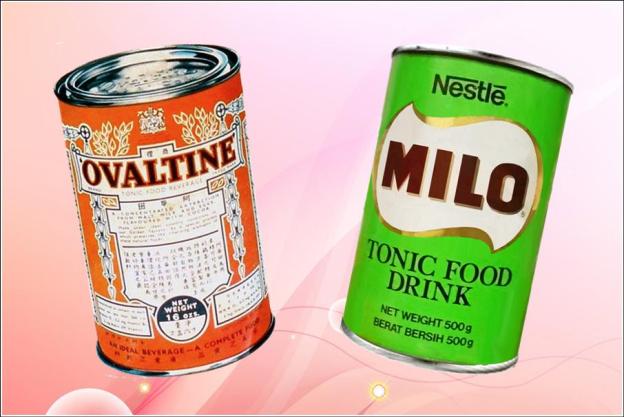 It was chaos, with a 1000-strong crowd of grannies shattering the doorway to the shop just to get a glimpse of the star, with him getting backed into a corner and needing to be saved by two local policemen.

A spokesman for the police at the time explained that “some of the crowd though Ali was there to give away tins of Ovaltine” – explaining everything, and (kind of) justifying their behaviour. I mean, Ovaltine is pretty damn good and back in those days – clearly enough to cause a full-blown riot.

So did Muhammad Ali open up the Stretford Arndale? No, but he was there once and nearly got himself in a bit of bother with the locals grannies and Giro lads. A great story that Ali probably never wanted to tell anyone about. 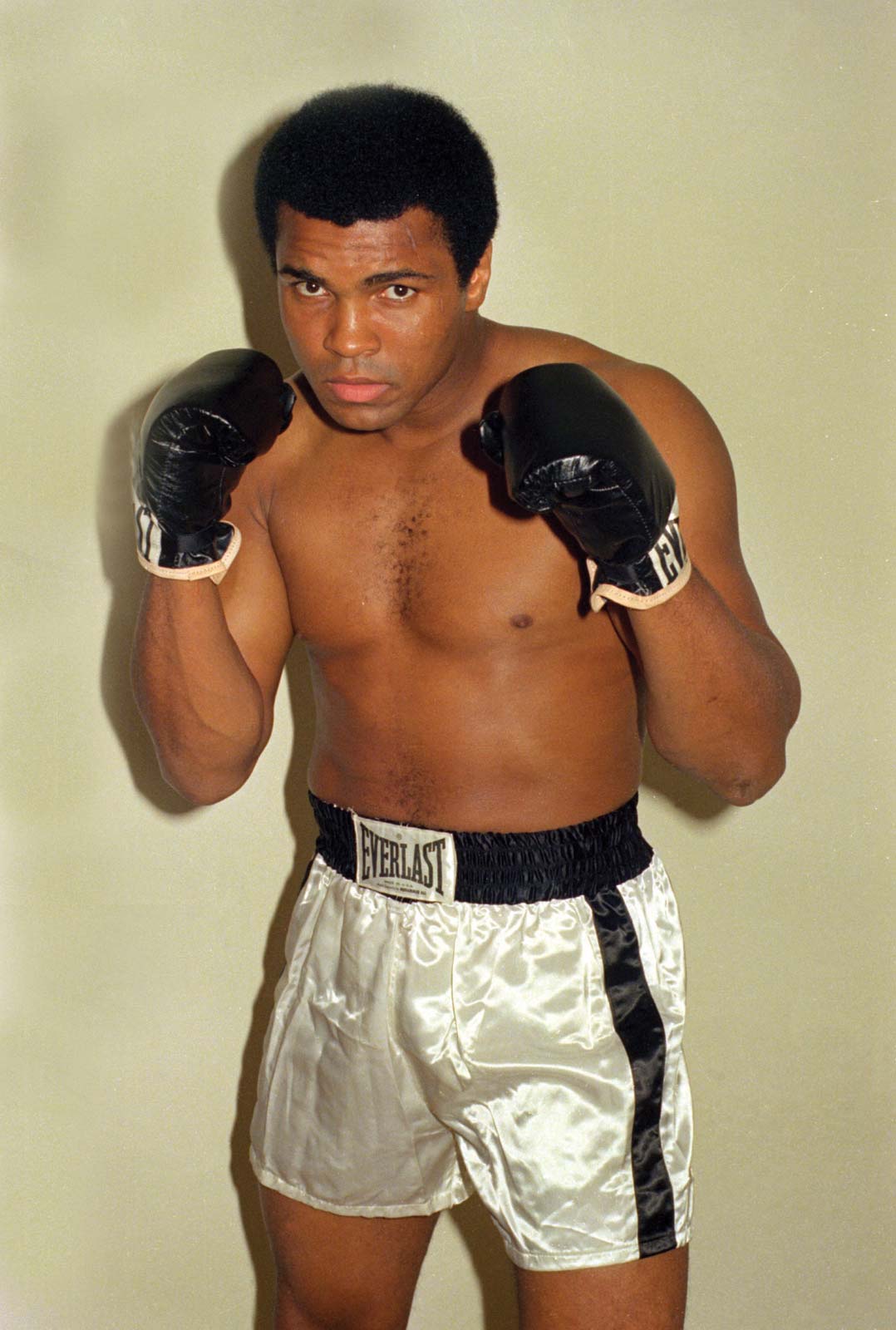 He shortly went back to the US after his tour to carry on his fighting, culminating in the famous ‘Rumble in the Jungle’ in Zaire (Democratic Republic of Congo) just a few years later.

I’m sure a more accomplished writer would make up some fantastic pun linking these two events, but alas – I’m not that person. I think I’ll just throw in the towel now and go. (Sorry).