The delivery of homes in the area is part of the £4bn Victoria North regeneration zone. 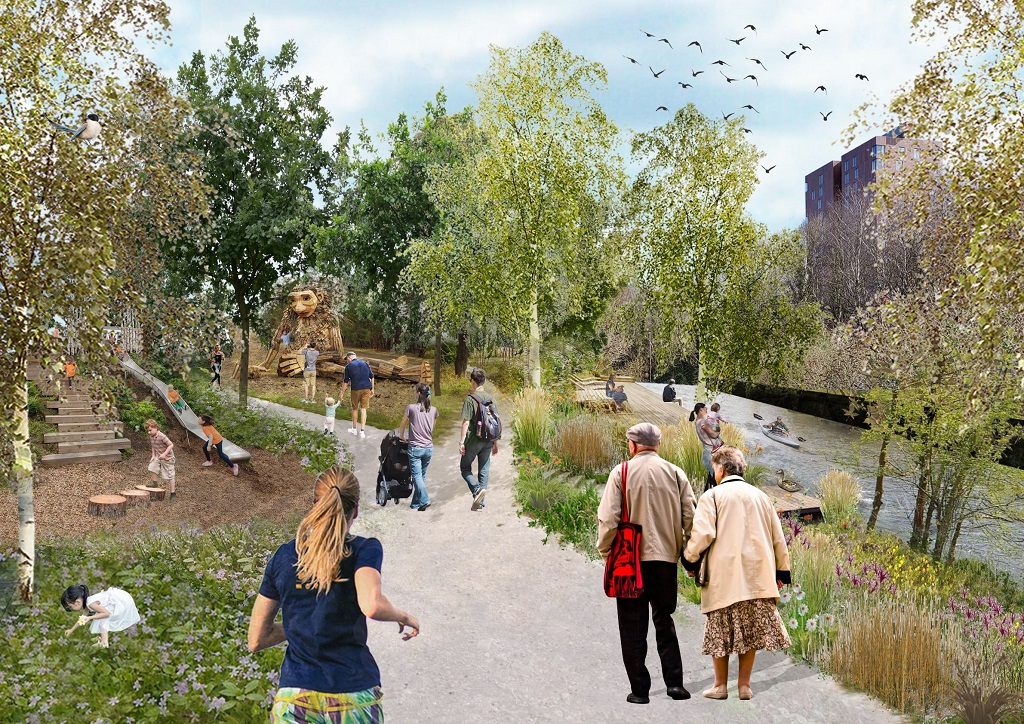 Red Bank’s ​​unique landscape and river setting make the neighbourhood a great space for a residential-led, high-density development – all set in a green valley.

The new proposals include land remediation, earthworks and change in site levels and signal the start of investment in new green spaces on the banks of the River Irk, along with improvements in St Catherine’s Wood.

The planning application also seeks approval to build transport infrastructure, including the introduction of a new, permanent road and junction into the Red Bank neighbourhood, along with new drainage, street works and utilities.

With all of this in place, further applications from developers such as Far East Consortium, Manchester City Council’s joint venture partner on Victoria North, will follow.

This phase of the Victoria North regeneration programme is being funded through a £51.6m grant award from the government’s Housing Infrastructure Fund, which is supporting the re-use of 25 acres of brownfield land in the area.

The investment is the first phase of a long-term investment to create the City River Park, which will eventually link Red Bank close to the city centre to Queens Park in Collyhurst through interconnected green spaces. Along with the space by the Irk and woodlands, the first phase of the City River Park will see work on former railway architecture to develop a viaduct linear park north of Victoria station and stepped public realm space billed as Red Bank Terraces.

This set of proposals follows an initial planning application in November 2021 that saw approval for the start of enabling works including the removal of vegetation and the demolition of the former Creamline Dairies buildings.

In all, Red Bank is expected to support around a third of the 15,000 new homes planned for Victoria North that will developed across 20 years.

“It’s fantastic to be out of the starting blocks for this programme of development and it’s a pleasure to see Victoria North beginning to realise its potential.”

The Loaded Kinder Bueno Stuffed Waffles at Be Precious