New Islington: "The Best Place to Live" in the City Centre?

Many are hailing the area as the prime choice for city centre living...

Even until just a couple of decades ago, any trip to New Islington would be greeted with a load of empty wasteland, derelict buildings and the odd abandoned old Ford Cortina.

But around the turn of the millennium, the area was named as one of the UK’s Millennium Communities – an initiative set up to construct 7 new ‘villages’ that are intended to “set the standard for 21st Century living, and to serve as a model for the creation of new communities.” 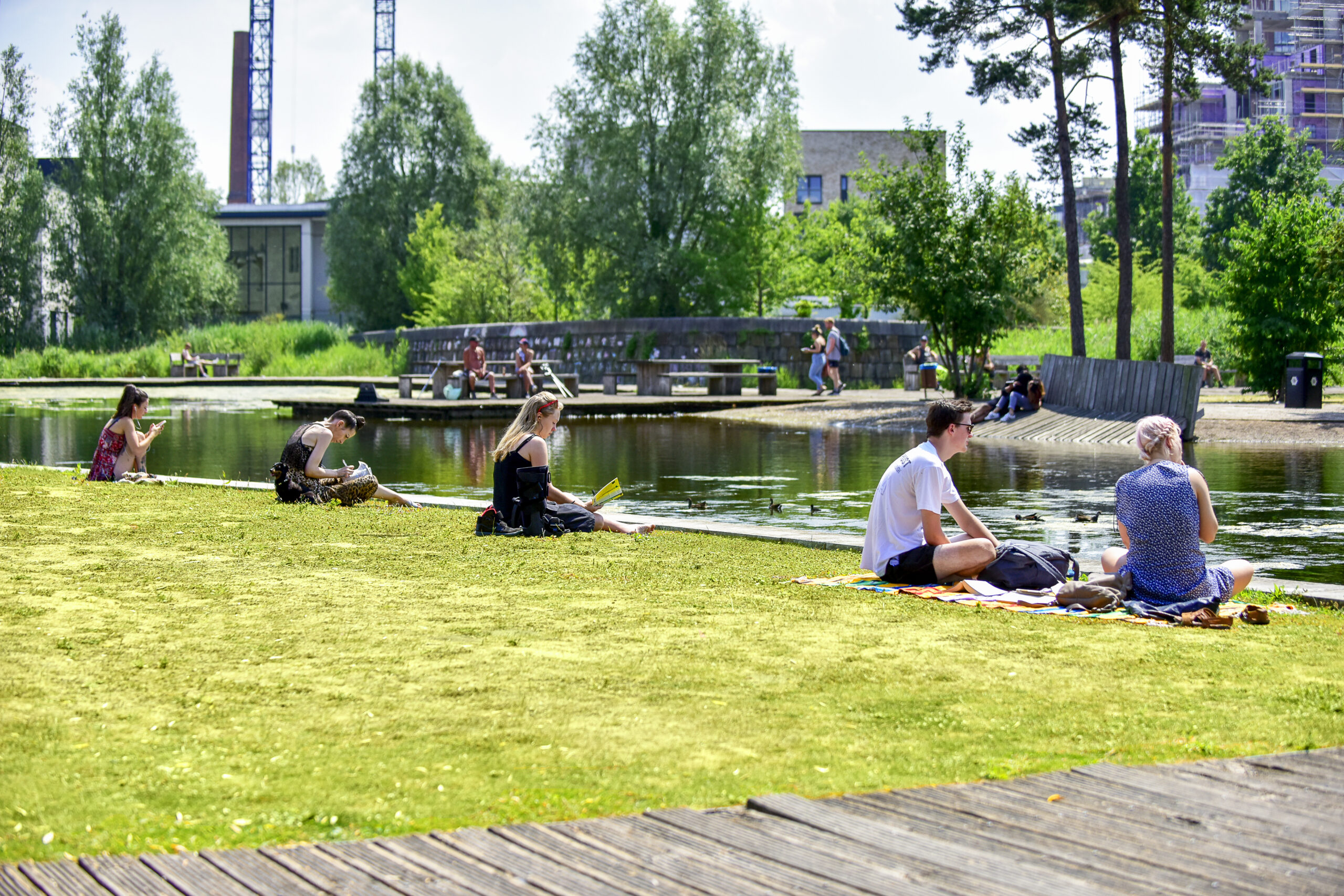 At the forefront of this regeneration was local developer Urban Splash, who began building in earnest and helped create a new community in the area.  It’s fair to say that it has been completely transformed, with a whole new and thriving neighbourhood popping up around the lovely marina area.

Independent businesses and young professionals have moved in – creating an exciting new community in which to live that has a small village feel but is still just a few minutes’ walk from the city centre. 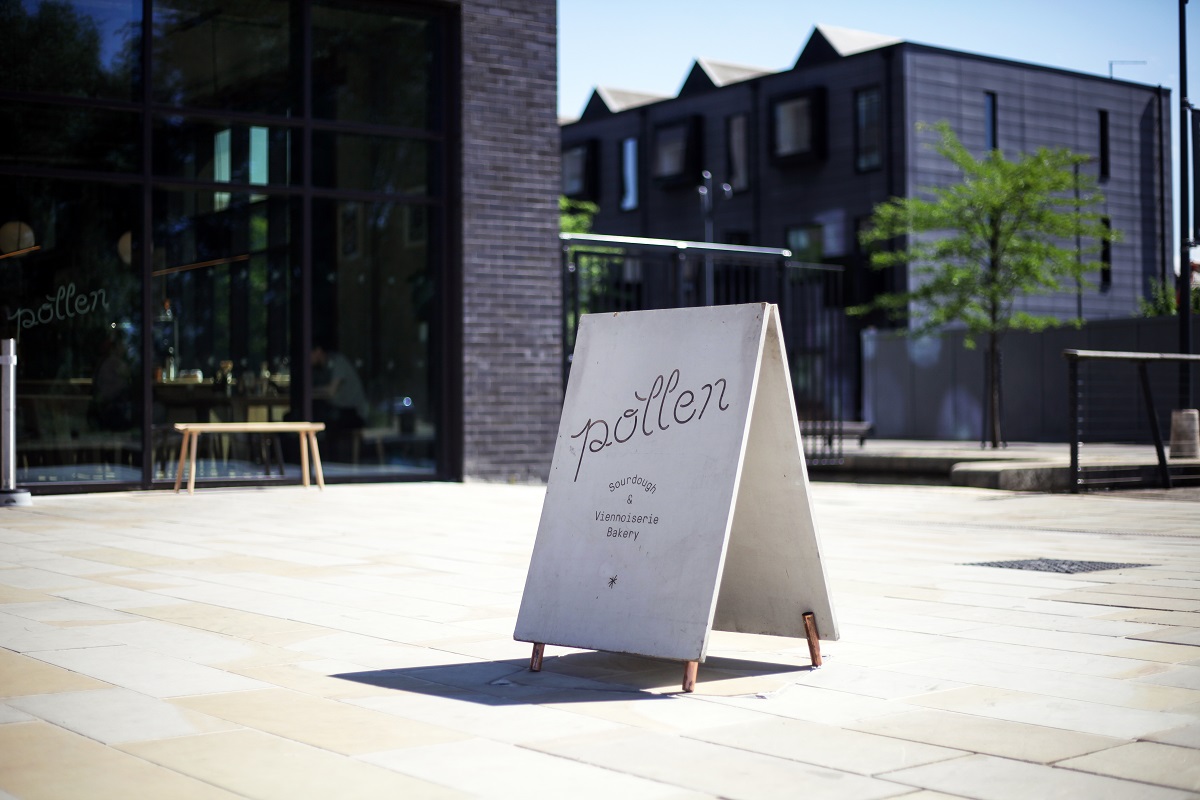 New Islington is now home to the brilliant Pollen Bakery, located slap-bang on the water in the marina, as well as the new Cask – a true Manchester beer-enthusiasts’ institution. Not to mention the recent addition of Jub Thai, a restaurant that takes “Thai food to a whole new level.”

Just a short walk 2 minute from New Islington is Ancoats, recently named the 13th coolest place in the world and home to an abundance of independent bars, restaurants and stores. You’ll find everything from high-end food offerings like Erst and the Michelin-starred Mana, to something more casual like the 200-year-old boozer Edinburgh Castle and the ‘10th Best Pizza in the World’ at Rudy’s.

Urban Splash and sister company House by Urban Splash continue to regenerate the area, with a range of modern new homes, and if, after being stuck indoors for the past 3 months on lockdown, without a garden or balcony then there’s definitely something for you.

From townhouses, to apartments and even some beautifully converted loft apartments – Urban Splash have ensured that there are large outdoor gardens and balconies that you’ll find it hard to get in other developments in the area. 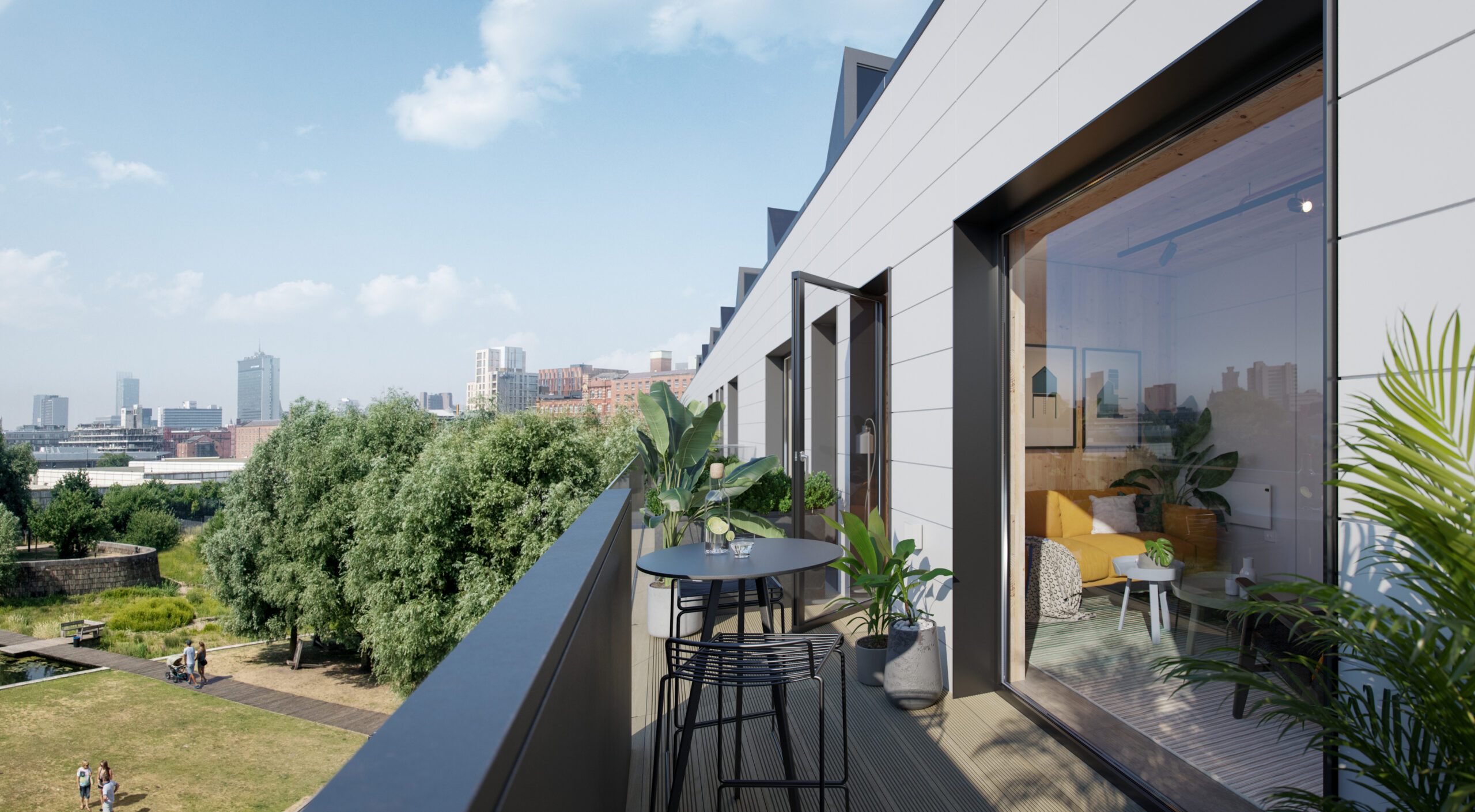 Right on the marina are their Mansion House apartments, with either 1 or 2 bedrooms with optional layouts, plus a big balcony that overlooks the city and the marina.

Their new Town House homes  – by House by Urban Splash  – can actually be configured with a layout to suit you, whether that be four bedrooms, two offices and two bedrooms or anything in between they can help design a home that works for you. Have a go at designing yours using their new Configurator Tool.

Plus, there’s the benefit of a big residents garden and private terrace – something that you’ll find very hard to get in most city centre areas and developments. 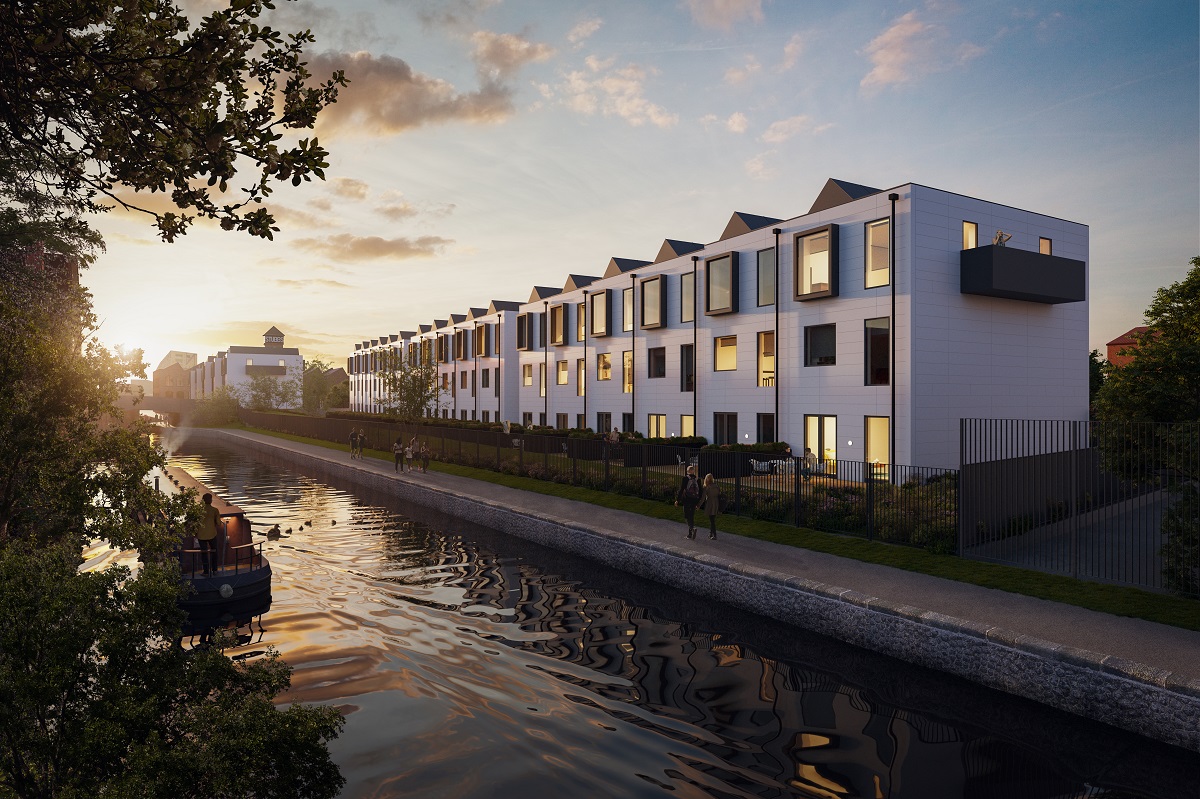 Just down the road from New Islington marina, House are putting the finishing touches to 17 Town House homes at Piercy Street.

These homes are perfect for families, with light spacious rooms and a residents’ garden overlooking the Ashton canal. They’re available to move into this summer via Help to Buy with just a 5% deposit. 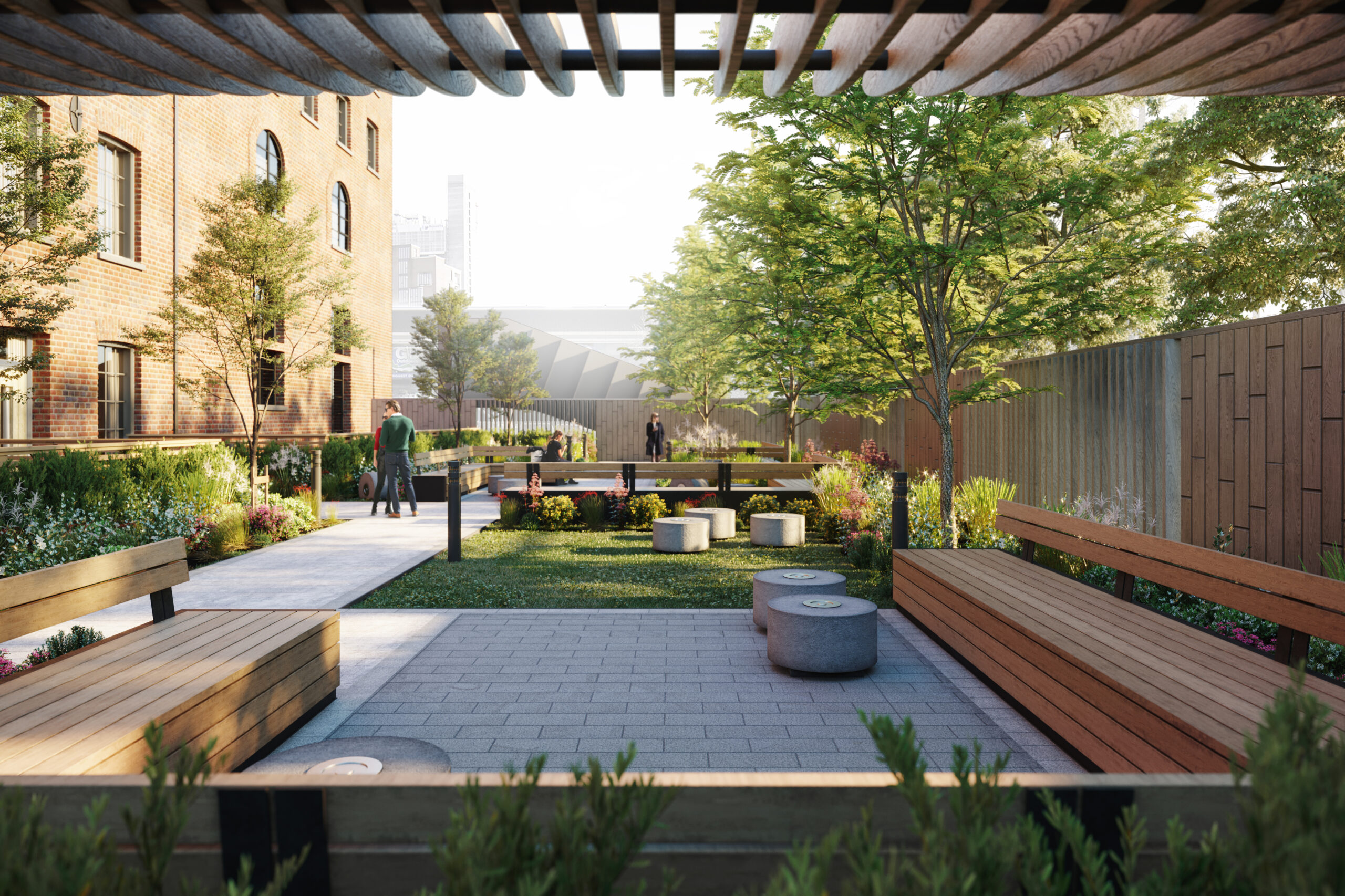 Finally, there’s their Avro project, a set of 31 apartments in one of Manchester’s last untouched Victorian Mills.

Residents at Avro will also benefit from access to their own private garden area too, but if you want one you’ll have to be quick. Starting from £350,000 for 2 bedroom homes, there’s only a limited number of them left. Find out more about Avro here.

So you’re pretty much spoilt for choice down at New Islington, head on over to the House by Urban Splash website for more information on viewings and buying.