Young, Male and Black. What comes to mind when you read those three words? Meet Nile Henry, a trailblazer who is paving the way for transformational change here in Greater Manchester. 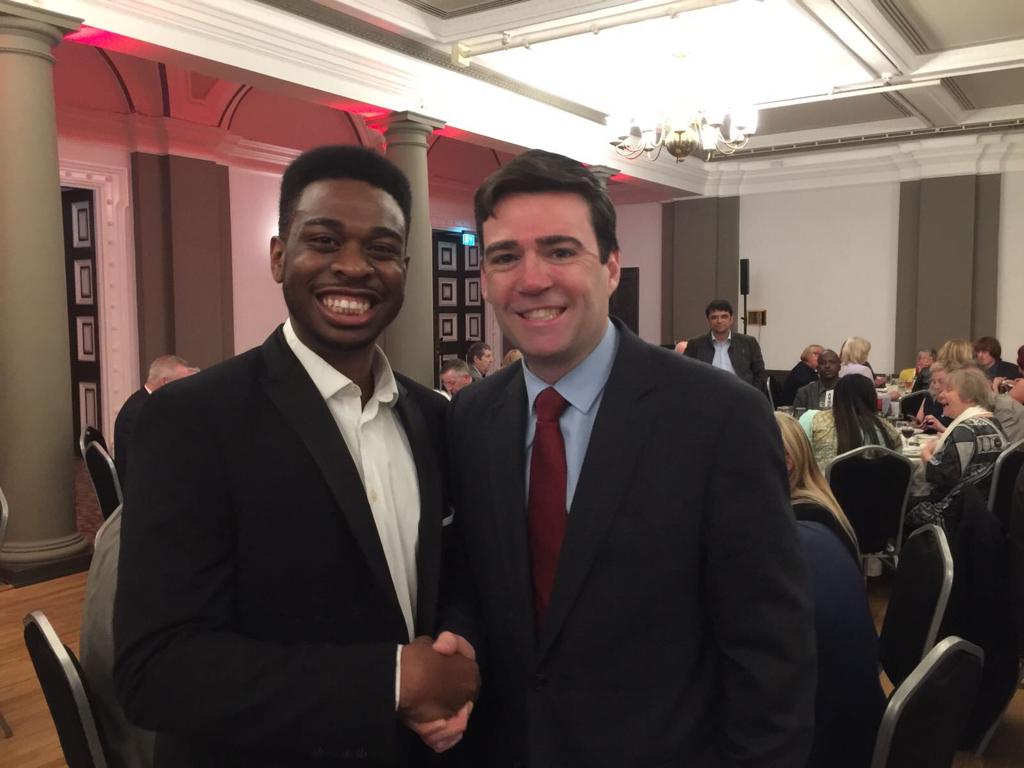 Nile Henry is a young Black entrepreneur who was born and raised in Manchester. I sat down with him recently to talk about his experiences of growing up in the city and how they led him to becoming an agent for change.

When it comes to the racism that has impacted his life, it’s not the instances where someone uses the N-word or is verbally abusive. It’s every time he gets on a bus and people are only willing to sit next to him as an absolute last resort which for him, is a regular occurrence. Or the occasion when he met a council leader at a tech event who repeatedly asked him where he was from because they didn’t believe that an intelligent and well-spoken Black person could be from Manchester. There was yet another occasion where he was working for a leading technology brand and was repeatedly ignored, ostracised, bullied and harassed to the point where he had to leave the company. The saddest thing about these experiences is that they are not unique to Nile. There are many instances where others have had similar experiences. What fuels further anger, disappointment and sadness is that things like this are still happening today.

To say that Nile has been a trailblazer is something of an understatement. Backpacking across the world at 18, starting his own education and tech business, being given the royal seal of approval by Prince Harry for the pioneering work he does with young people. Further accolades include being commissioned by the UK Government to conduct a feasibility study, becoming a member of Manchester’s climate change youth board and now an advisor to the Metro Mayor of Manchester on how to create the best conditions for social enterprises and co-operatives to thrive in GM. It goes without saying that throughout his journey of achievements, there have been many challenges. 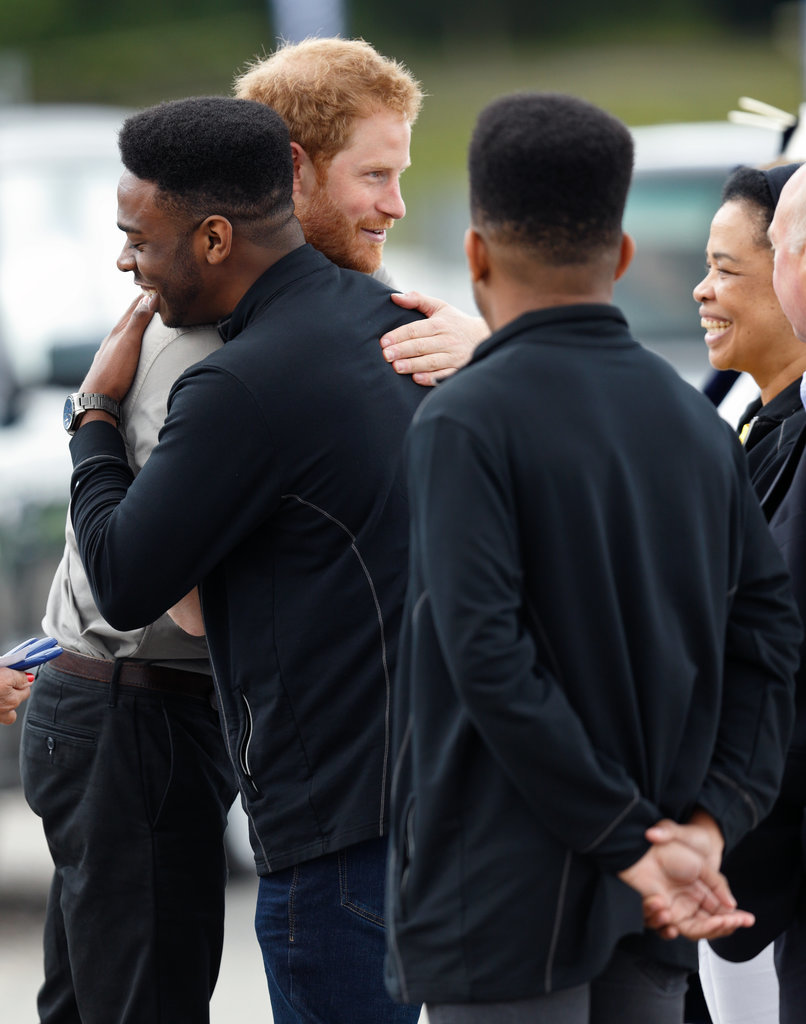 He started his company, The Blair Project, when he was 18 years old. His objective was to make motorsport more inclusive, affordable and accessible regardless of background or gender. Nile was inspired by his younger brother Blair, who he named the company after. Blair was a kart racer himself but struggled to progress up the ladder due to the huge financial costs (it costs around £120,000 a year to race competitively). Nile wanted to tackle this head on and came up with idea of using advanced manufacturing and green technologies to begin developing his own electric karting series, which costs less than £2,000 for teams to compete. ProtoEV gives teams of young people the opportunity to convert used petrol go karts into fully electric e-karts which they get to test and race to see which is the fastest and most energy efficient. There are plans in place to expand ProtoEV nationwide in 2021. 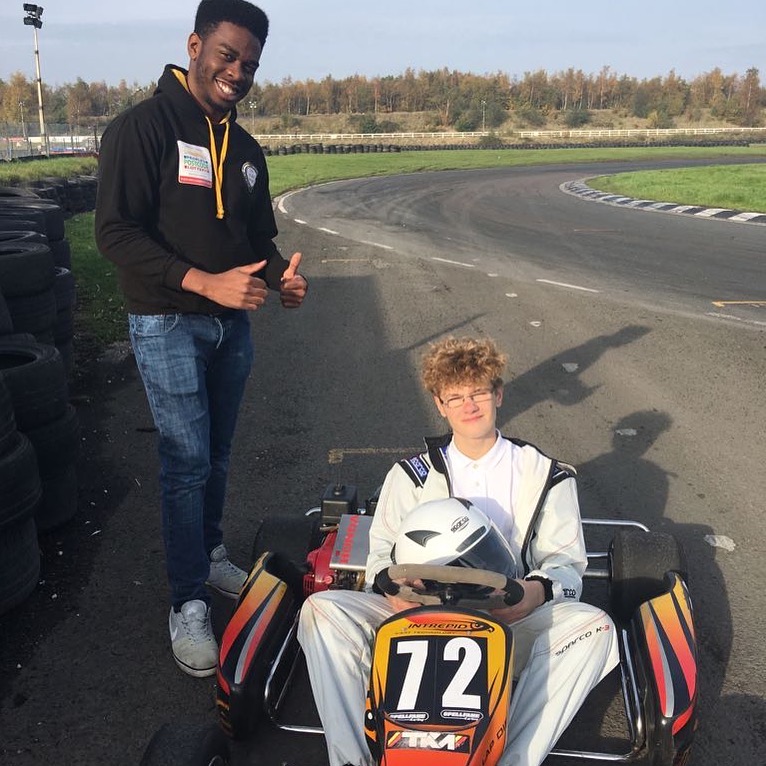 His company applied to Innovate UK for funding to conduct a feasibility study on the viability of creating an advanced manufacturing hub in Greater Manchester to accelerate the adoption of Industry 4.0 technologies by SME’s (their application was successful). This was a big achievement for them because in the field of science, tech and engineering, Black people are not perceived as innovators, experts or leaders. Shockingly, Innovate UK received challenges from local businesses, education and public sector leaders questioning the choice to appoint them to conduct the study, something that had never happened before. When an organisation clearly demonstrates that they are up to the task but receives challenges of this nature, it leads you to think that systemic racism is at play, seeking to deny Black people an equal opportunity to contribute, grow and prosper.

Nile firmly believes that the system doesn’t just try to dampen your enthusiasm to progress, it actively hinders Black entrepreneurs and businesses by not providing them with the funding that they need to start up and grow. Less than 1% of investment funding in this country is spent with Black businesses. Levelling these inequalities has now become Nile’s main priority as a representative of the Greater Manchester Social Enterprise Advisory Group, their primary role being to advise the Metro Mayor Andy Burnham, the GMCA and GM LEP on how to create the best conditions for social enterprises and co-operatives. For the last 18 months Nile has also been instrumental in lobbying for a race equality panel in Greater Manchester, to challenge and tackle persistent racial inequalities which negatively impact people who are Black, Asian and Minority Ethnic (BAME). During our conversation, Nile pointed out that city leaders are currently putting together plans to ‘Build Back Better’ in the post COVID world, with a pledge not to go back to business as normal. However, there are no Black people involved in shaping these plans so yet again the needs of the Black community won’t be met. Needless this exclusion is not going unchallenged as he intends to champion ‘Building Black Better’. Nile’s commitment to the cause is further enhanced by the fact that he is also part of BURN, the Black United Representation Network which is made up of a collective of nine business professionals seeking change to ensure that the movement generated through the Black Lives Matter protests is harvested and sustained to deliver lasting improvements to the lives of Black people in Greater Manchester.

“I believe that there is now a new found momentum to finally rid society of the cancer that is racism. Mancunians of all backgrounds recently risked their health to protest on our city’s streets, sending a clear message that enough is enough. There is a feeling that this time will be different because change is being driven from the grassroots up. Equality is no longer a distant dream but an actual possibility.”

Nile intends to continue playing his part to ensure that the change we are seeing is a lasting one. I too, am hoping that better days are coming for us all.

What are Bars & Restaurants going to look like when they re-open?