The NQ’s favourite cafe is opening up a second spot!

We took a stroll down Peter Street and noticed the NQ's Ezra and Gil logo splatted on a new building!

Ezra meaning ‘helper’ and Gil meaning ‘happiness’ started out as an evolutionary concept in coffee shops to create a new culture.

And that it did! Ezra & Gil became one of the most popular spots for solo and group diners alike – it is always filled with the glow from tiny little Apple logos.

The food menu is simple and delicious and the coffee is good. There’s plenty of seating, WiFi and it’s pet-friendly. They’re shaking up this year has already included a new app launch for ordering your coffee and brunch before you even get to the cafe and extended opening hours until 11:45 pm!

It seems it would be a no brainer that Manchester needs a second Ezra & Gil.

Opening up on Peter Street, it is set to be a new spot for workers and meetings opening its doors late this summer.

We’re excited to see if the design will be similar to the exposed brick classic to the NQ or slightly different. We heard through the grapevine there may also be some cocktails available!

Keep an eye on their socials for more info. 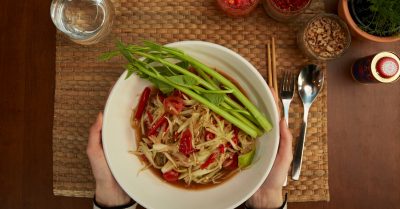 Siam Smiles is BACK! 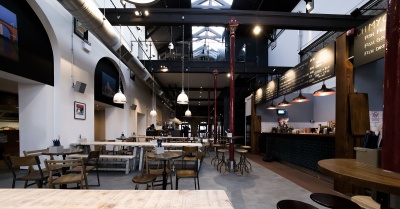