Knowing that we were going to "Bolton Baths" was the BEST NEWS EVER! 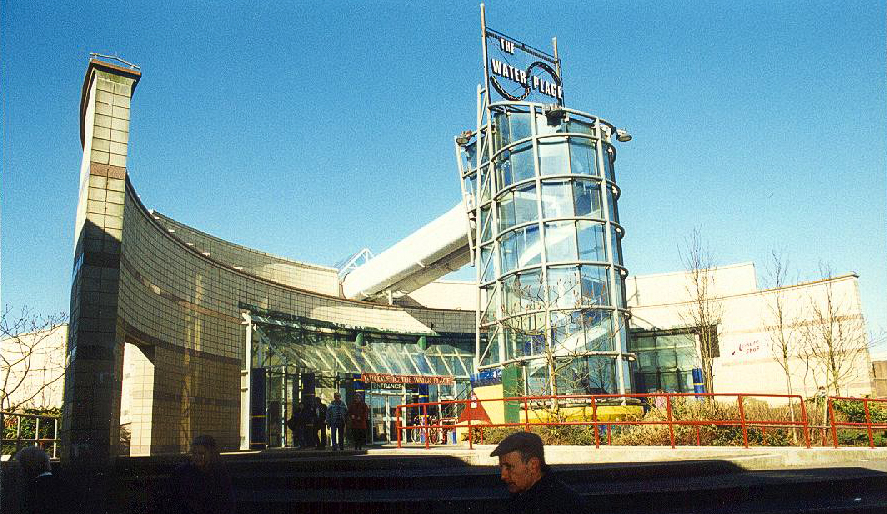 Here it is in all of its glory!

It’s an all too frequent occurrence when writing for Manchester’s Finest. I’ll be sat here in my mum’s dining room and I’ll think back to something that got me excited as a kid and wonder – WTF happened to that?!

Recently there was our frequent visits to Manchester Storm, but today, well – I’ve really been wanting to go to a water park after watching The Inbetweeners 2 (where they visit Wet ‘n’ Wild Gold Coast) and I started thinking back to the TWO that we had on offer whilst growing up. 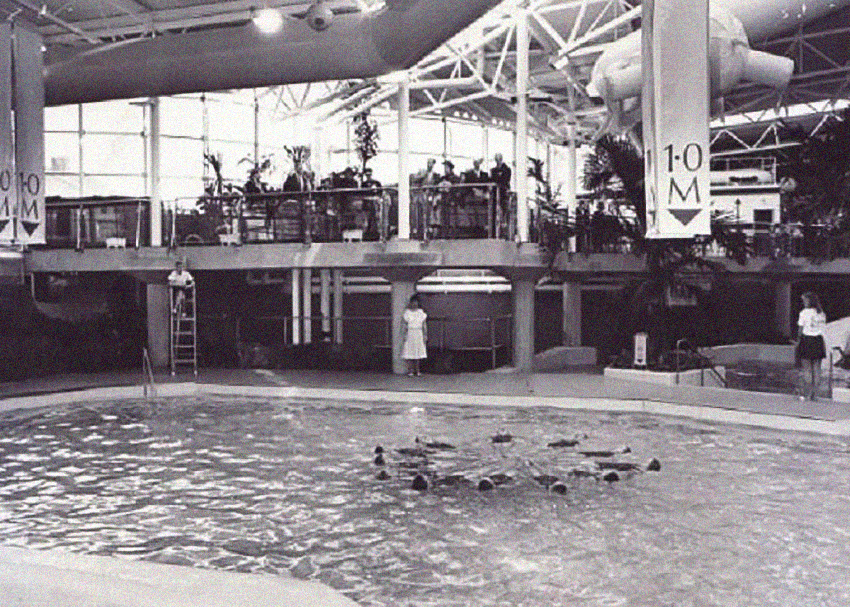 Being in Oldham, we had the choice of “Hyde Baths” and “Bolton Baths” – both of which were a proper treat. Of course there was always the Sandcastle in Blackpool or the Sun Centre in Rhyl – but those two beauties were way too far away to be anything but a distant pipe dream most of the time.

Let’s get the Hyde one out of the way first because it actually still exists. Now called Hyde Leisure Pool, it’s still home to a big red slide which is actually a lot smaller than I remember – although most things are nowadays.

The Water Place without and with water // The Bolton News

The jewel in the region’s crown though was undoubtedly Bolton’s Water Place, a £5.8 million complex that was officially opened by The Queen in the cold winter of 1988. It featured 2 water flumes, a wave machine and palm trees that had apparently been transported all the way from Florida. In the late 80s – this was cutting-edge and highly exotic stuff. 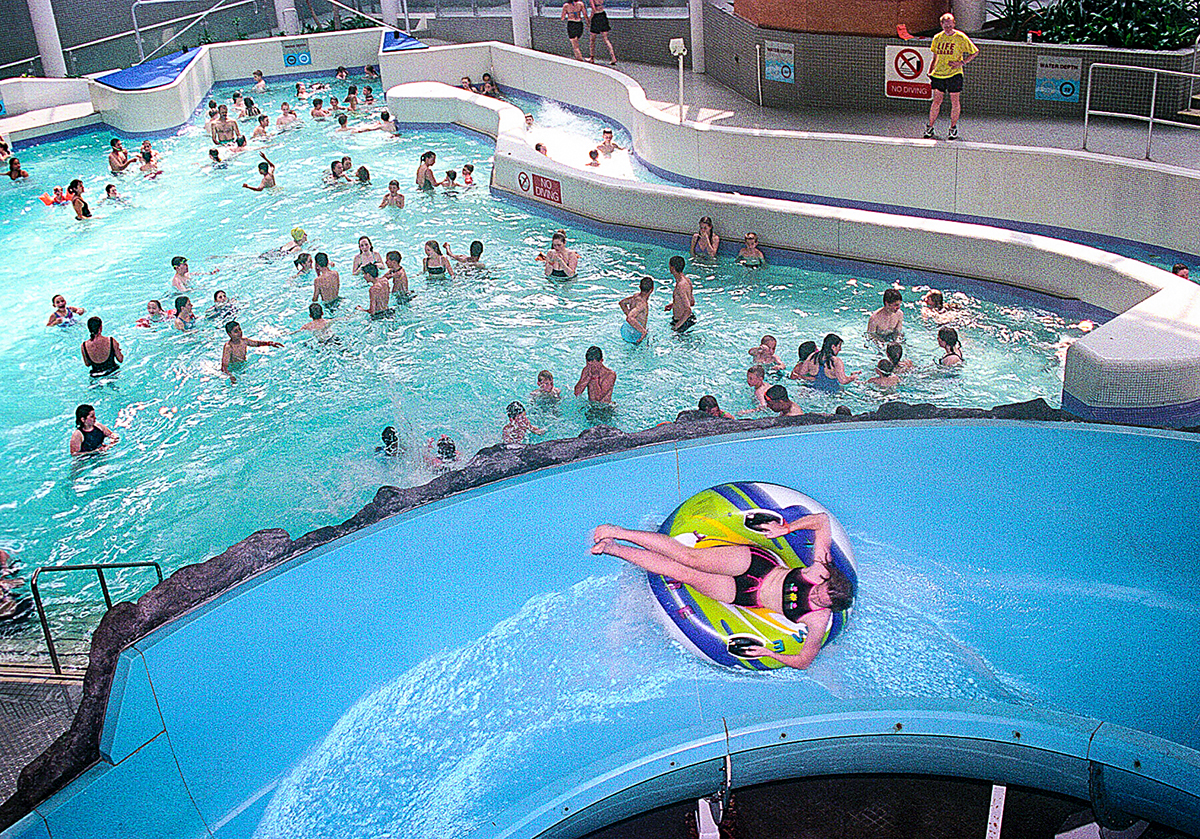 A thing of beauty // Marc Berry

The first thing I always remember about this place is the massive flumes that strangely were so big that they stuck out of the top of the building and you needed to walk up an old rickety staircase to get to them. The fact that you were in your little budgie smugglers didn’t matter – this was the 90s and no freezing cold temperatures were going to get in the way of you going down a plastic tube full of water.

Standing up there, shivering, straining to see through the slightly frosted Perspex glass at the throng of shoppers beyond, there was something almost elemental about it – something pure. It was also something that could never happen nowadays – not with the Health & Safety crew milling about.

Another victim of the Dinghy Ride // The Bolton News

In addition to the two big flumes, there was also a brilliant Rubber Dinghy Rapids slide, which snaked all over the upper portion of the baths (if my memory serves me correctly).

I also seem to remember there was one bit on the dinghy ride where if you accidentally went over it at the wrong point – it would smash into your coccyx – ensuring you couldn’t walk properly for a few days afterwards. 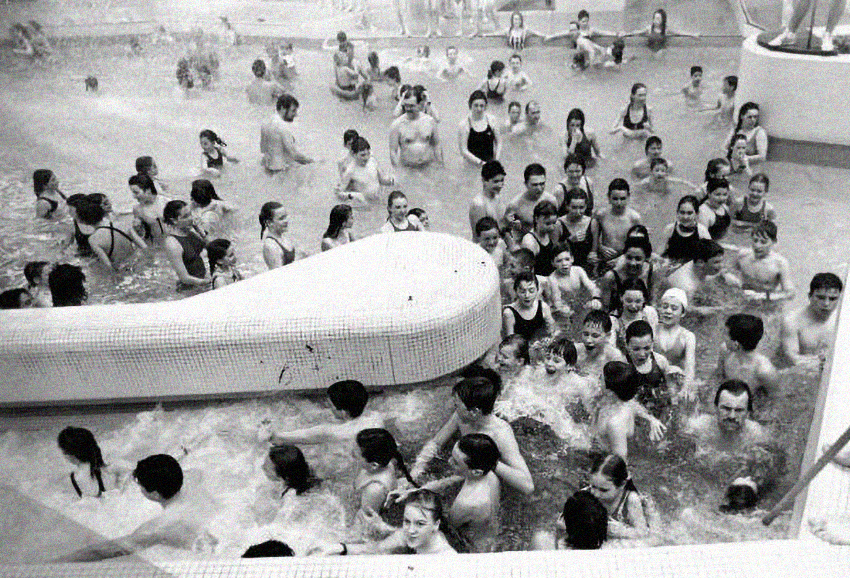 “Bolton Baths” also boasted a pretty sophisticated wave machine, which you swam into down a weird little corridor down one side of the pool. I don’t know a child alive today who didn’t nearly drown in this bit – especially when it would be so powerful as to knock everyone together and drag you all under. It was a lot of fun though – primarily because we DIDN’T drown.

It was all a lot of harmless fun for us kids, and the perfect distraction for our parents who could plonk us down in the water and go and sit in the café bit drinking tea and talking about the latest episode of Eldorado. Behind the scenes though – things weren’t going so well…

Almost immediately after opening, the Water Place began hemorrhaging money; losing thousands of pounds a year and costing Bolton residents £3 a head as almost all visitors to the pool were from outside the borough. 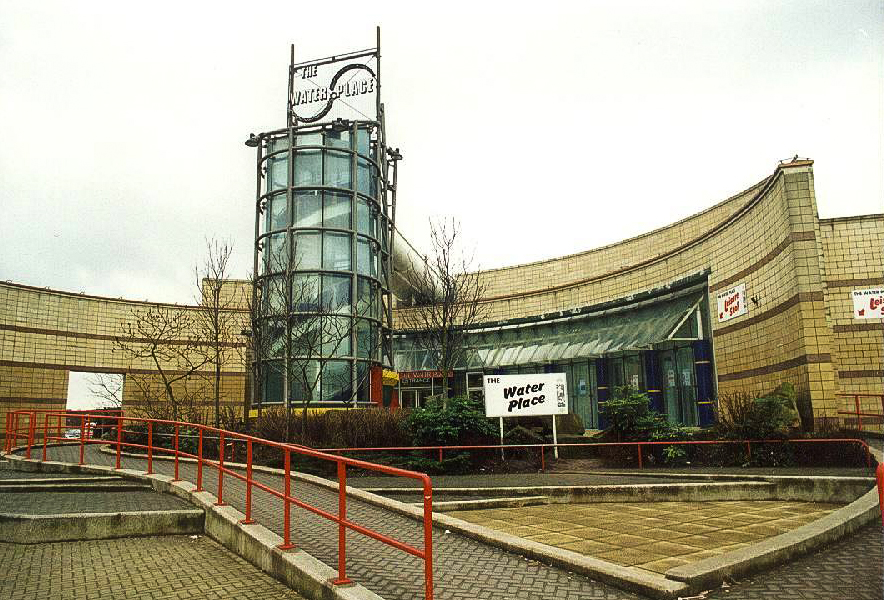 It was COLD up there! // The Bolton News

Another major setback for the venue was the seemingly constant stream of thefts from the lockers, with stuff going missing at an alarming rate, and this, coupled with the various repairs and setbacks over the years, meant that by the time the venue eventually closed it had accumulated a debt of £750,000.

Photos of the “fume leakage” incident // The Bolton News

With debt up to their eyeballs, and a renovation bill for £4 million, the Water Place finally closed their doors in 2002, and it was quickly flattened and turned into a vital car park for Morrisons.

Thousands of the region’s children cried out in despair – and there was even a phoneline set up by Bolton Council to deal with distraught kids – much like when Robbie Williams left Take That. I’m only kidding, by this point the Water Place was a decrepit old mess of a place, dirty and empty. Not many people missed it’s demise at the time, but sat here thinking about it – it really was a magical place. Dangerous, but magical. 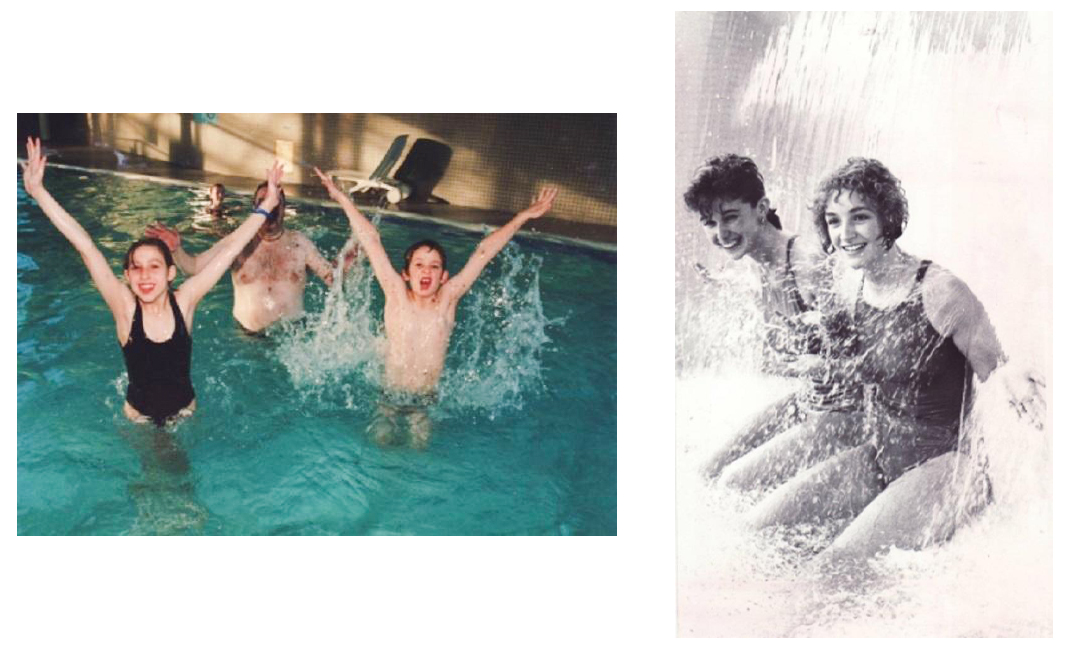 What a lot of FUN! (and great hairstyles) // The Bolton News

With the closure of the Water Place, Bolton was left without any public swimming facilities within the town centre until the opening of Bolton One in 2012, a £34 million leisure and fitness complex that’s also part of the Bolton NHS Foundation Trust.

The Water Place though – I’ll tell you this; I miss you. I miss the bruises, I miss the shivering, I miss the wrinkly fingers and above all, I miss the drive there – with all of that excitement and wonder. Goodnight sweet prince.