Run-Down, Scary Bouncers & The Best Club in the World - What happened to Sankeys?

One of the world's greatest nightclubs is now just a set of offices and apartments... 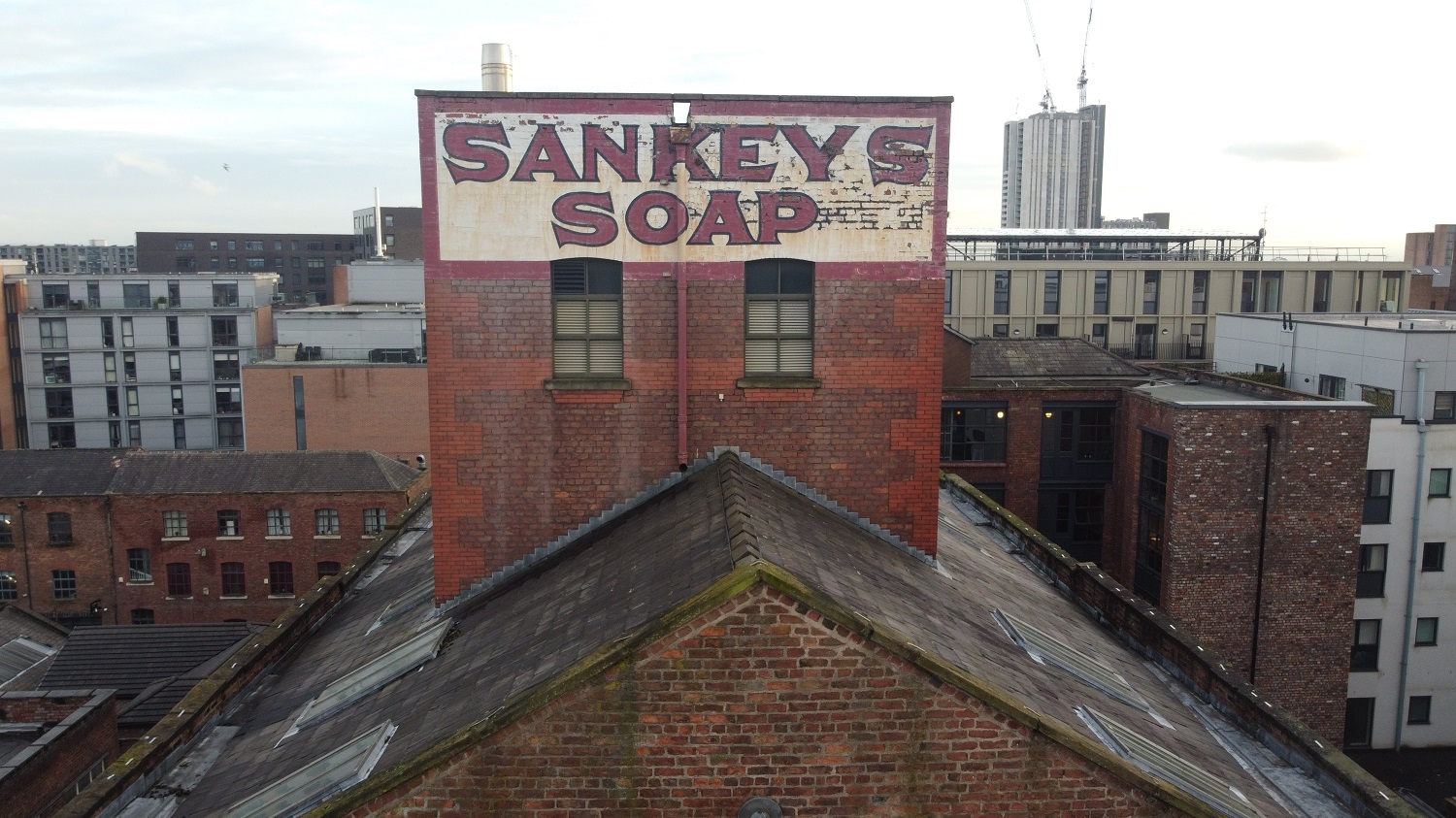 At one time in the 90s, Sankeys was literally the only reason anyone in Manchester ever ventured into Ancoats. In recent years this may seem ridiculous, but back then – the place was a ghost town.

Apart from the rather excellent Shamrock Pub, Ancoats was a dark, dingy and sometimes dangerous part of the city centre, with streets dwarfed by empty and derelict warehouses and unwelcoming desolate plots.

In fact, Ancoats was SO bad that Derrick May once described it as “more fucked up than Detroit” when he first visited.

Sankeys therefore, apart from becoming one of the greatest clubs in the world, was a shining beacon of activity and debauchery in this run-down part of town – one that was frequented by the majority of the city at some time or another. 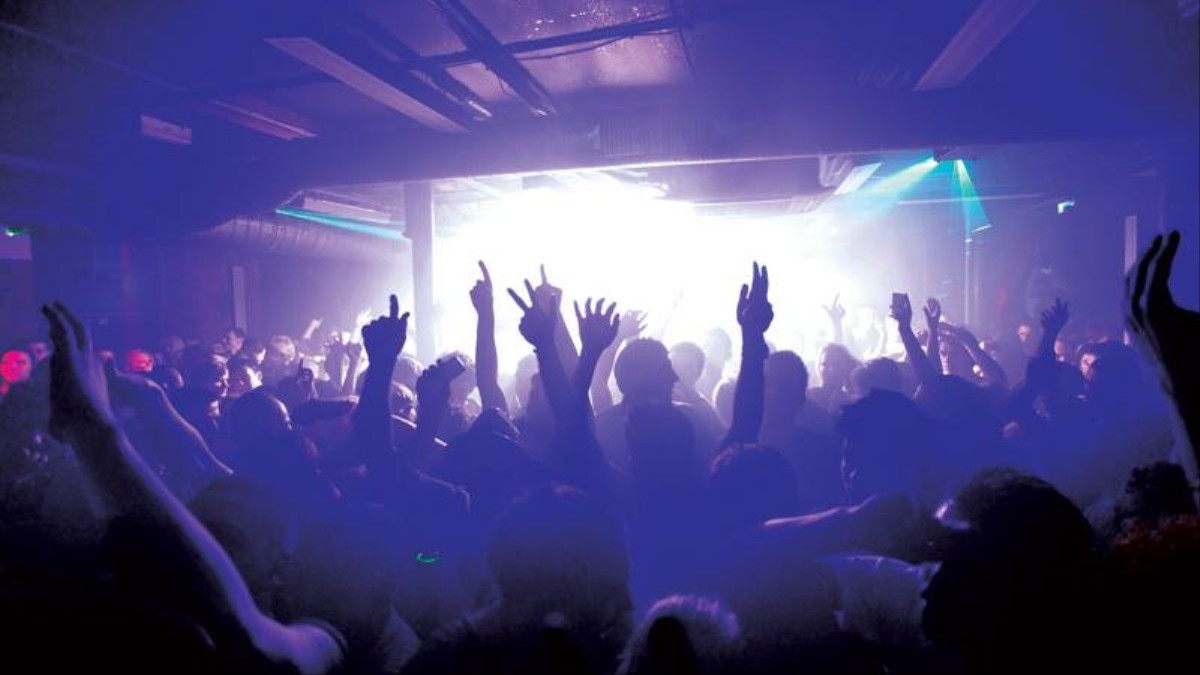 The club opened back in the summer of 1994, and was originally called “Sankeys Soap“, named after the building it was in – Beehive Mills – which was once used to manufacture soap.

Launched by intrepid duo Andy Spiro and Rupert Campbell, it must be said that throughout its existence, Sankeys opened and closed more times than a taxi door – it was forever facing “financial problems” and “unforeseen circumstances” – but when it was open – it was phenomenal.

Kicking things off in 1994, Sankeys rode on the coat tails of a diminishing acid house movement, one which saw the Hacienda slowly die and the city move towards a new clubbing experience. 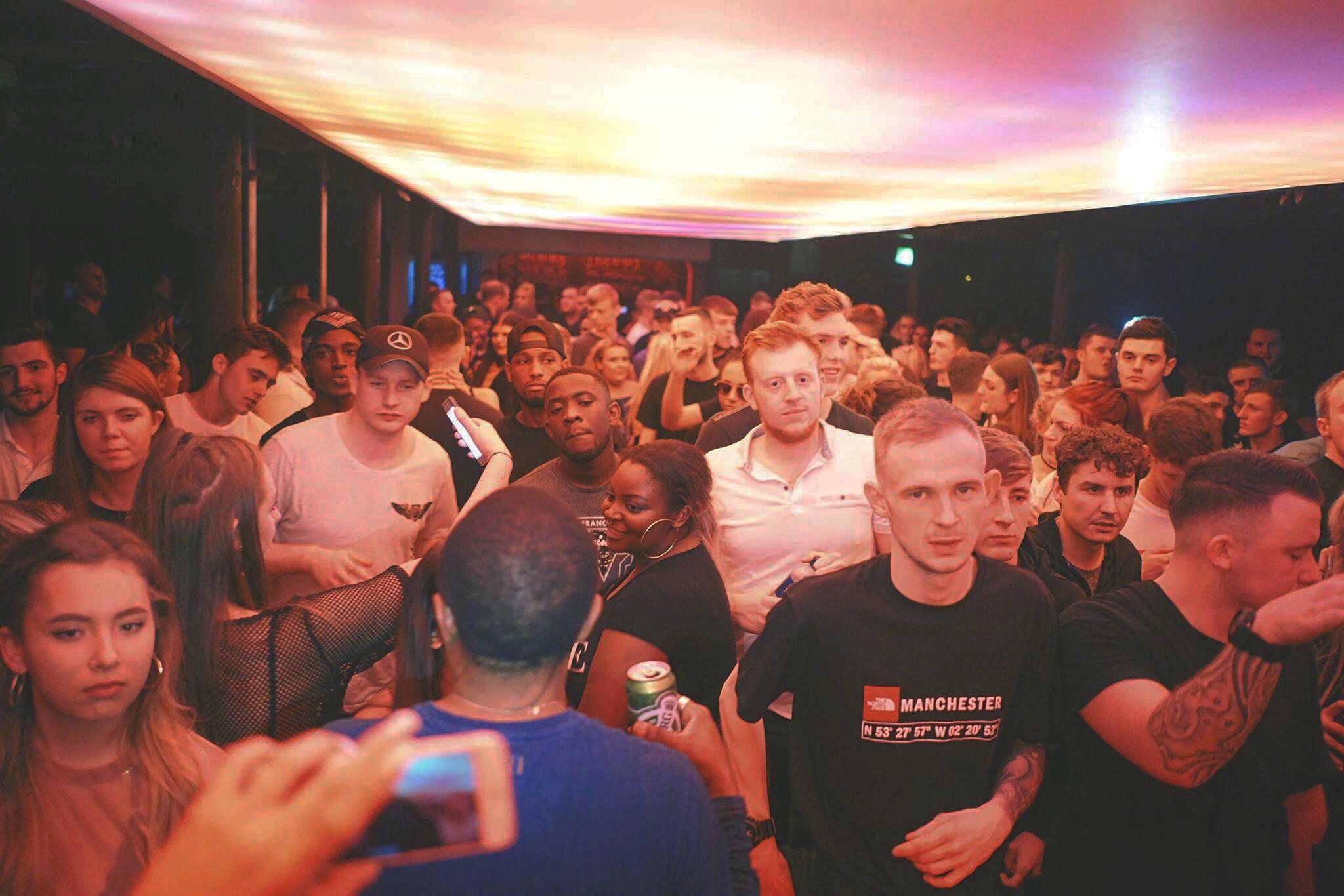 It’s first iteration didn’t last very long though, and the place was shut in 1998. It would be only 2 years later that it would be revived and re-invented with the help of business partners David Vincent and Sacha Lord.

Those too young to have been able to throw themselves into the hedonistic acid house movement of the late 80s/early 90s embraced Sankeys – a dirty, trendier version of the ‘superclubs’ that were popping up all around the country. Sankeys had heart, it was subversive and it ushered in a new ‘summer of love’ for the city’s clubbers. 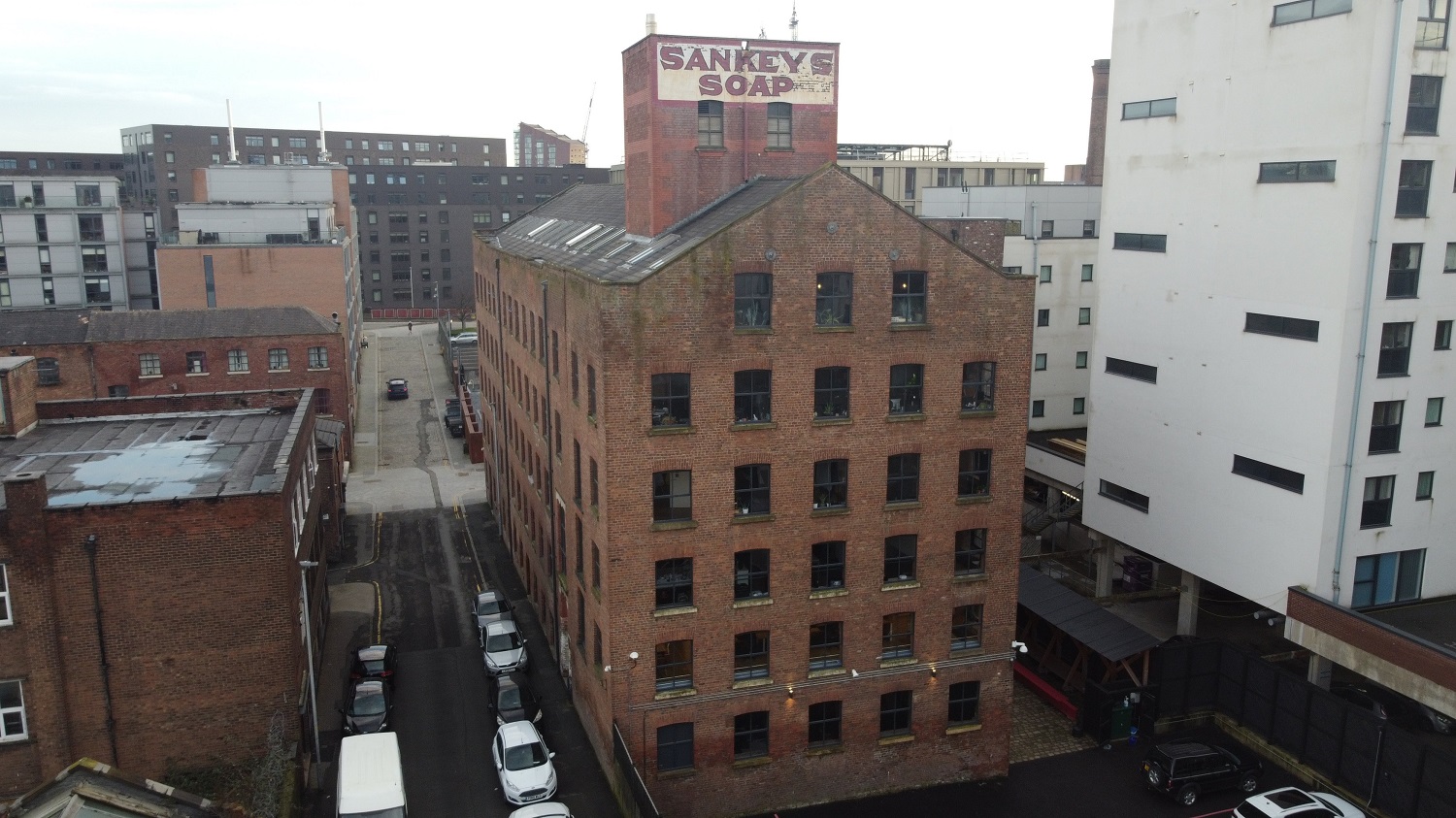 By the time this new Sankeys was open I was just finishing up secondary school – so I missed this initial euphoria when it opened, only eventually visiting in 2003 when I got to university.

In comparison to the small-town clubs that I’d frequented in Oldham (Liquid and Tokyo Project), this was something totally world-changing, and once I’d been to a few big clubs down in London and elsewhere – it was clear to see just how different Sankeys was.

One of the biggest draws of Sankeys was that it had the air of a superclub, along with the line-ups, but it wasn’t anything like them. As François K, the former Studio 54 and Paradise Garage resident and a Sankeys Soap regular said;

“It wasn’t fancy, it wasn’t posh and the sweat would drip from the walls – but it was a true representation of the underground.”

Unlike the massive clubs elsewhere, and indeed most other clubs in the city, there wasn’t some stupid dress code, very few tossers inside and the whole thing was just a bit grimy and real. It was always a top night in there, primarily because everybody was looking for the same thing – to dance, to chill and to ultimately have a fucking great night. 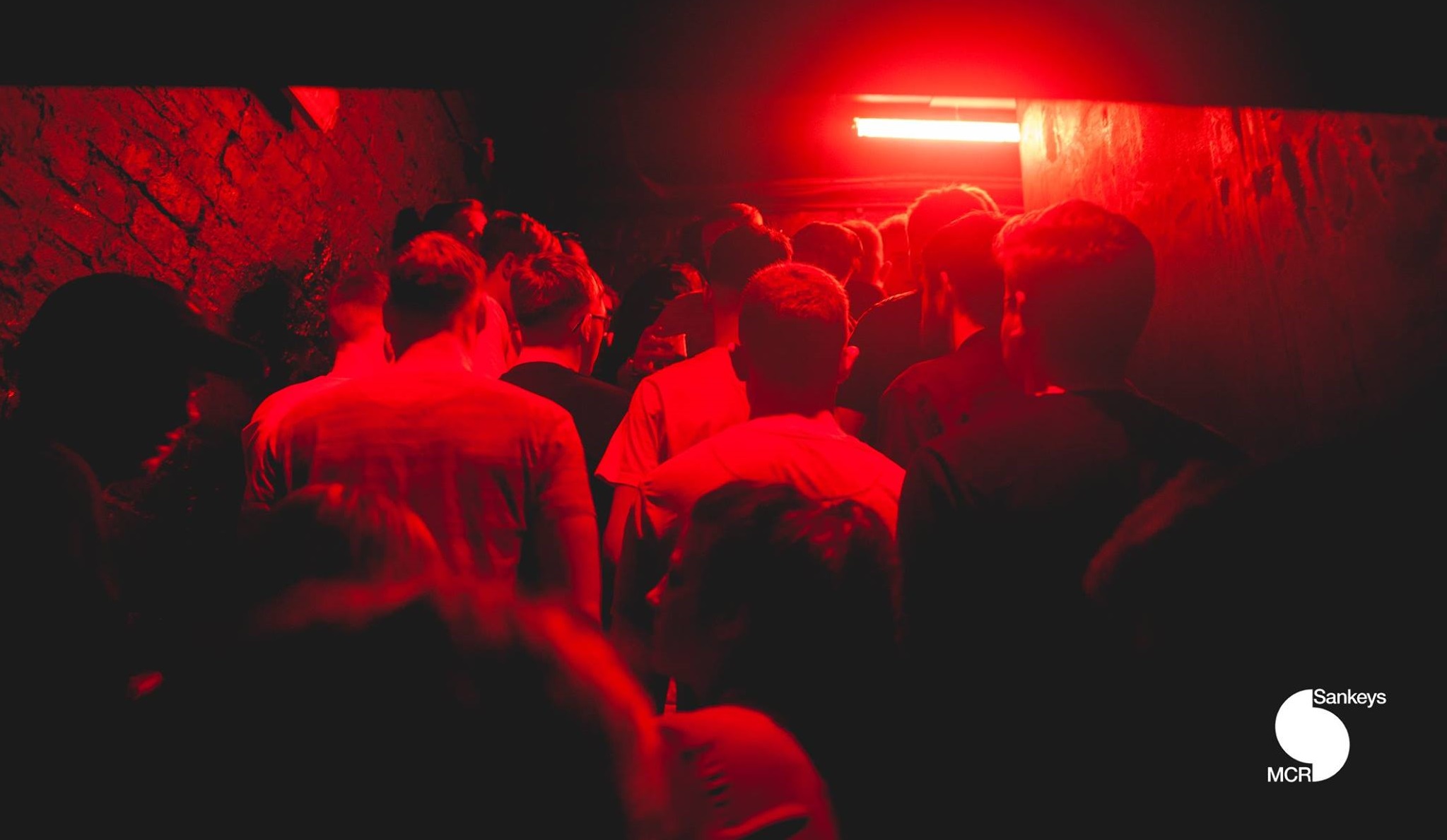 Alas, my personal experiences with Sankeys were rather short lived, but I’ll never forget queueing up outside in the dark, some dance tune reverberating off the 180-year-old walls, feeling the thrill of getting past the (usually very angry-looking) bouncers, and finally getting onto that dark, dank dancefloor – sweat dripping off my forehead as well as off the walls.

Also, who could forget the legendary Sankeys DISCO BUS?! That thing took people from Fallowfield to the club week-in, week-out and with tinted windows, a stripper pole, dancefloor and loads of lights – it was always a messy experience!

Much to the dismay of most, Sankeys was closed again in 2006, but the disappointment was short lived, as David Vincent announced shortly afterwards that he’d invited Andy Spiro to get involved once again. 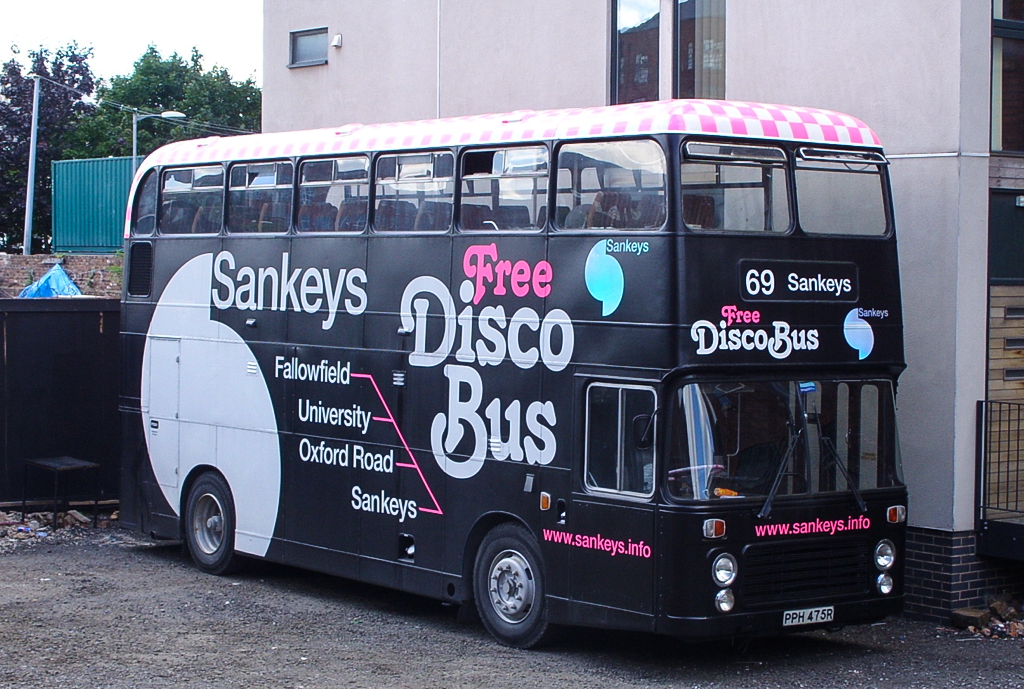 This was when Sankeys seemingly went a bit ‘upmarket’, with a major refit that included a ton of LED lights and the main DJ booth being replaced by a swanky 21st Century circular box. Later the ceiling lighting would be greatly improved upstairs and at one point they even constructed a beach in there using 50 tonnes of Bahamas sand!

It was at this point thought that I was primarily frequenting 42s and Venue, so visits to the new ‘swanky’ Sankeys were few and far between. When I did end up there though, even though it was never the same as before, there was still a rich vein of magic that seemed to flow through the place. It was even voted the Best Club in the World in 2010 in a DJ Mag readers’ poll!

The club once again closed its doors in May 2013, and subsequently re-opened in January 2014, before the place closed for good in 2017 – due to the fact that Beehive Mill had been sold and turned into offices and trendy apartments. One of the most significant victims of the gentrification of Ancoats. 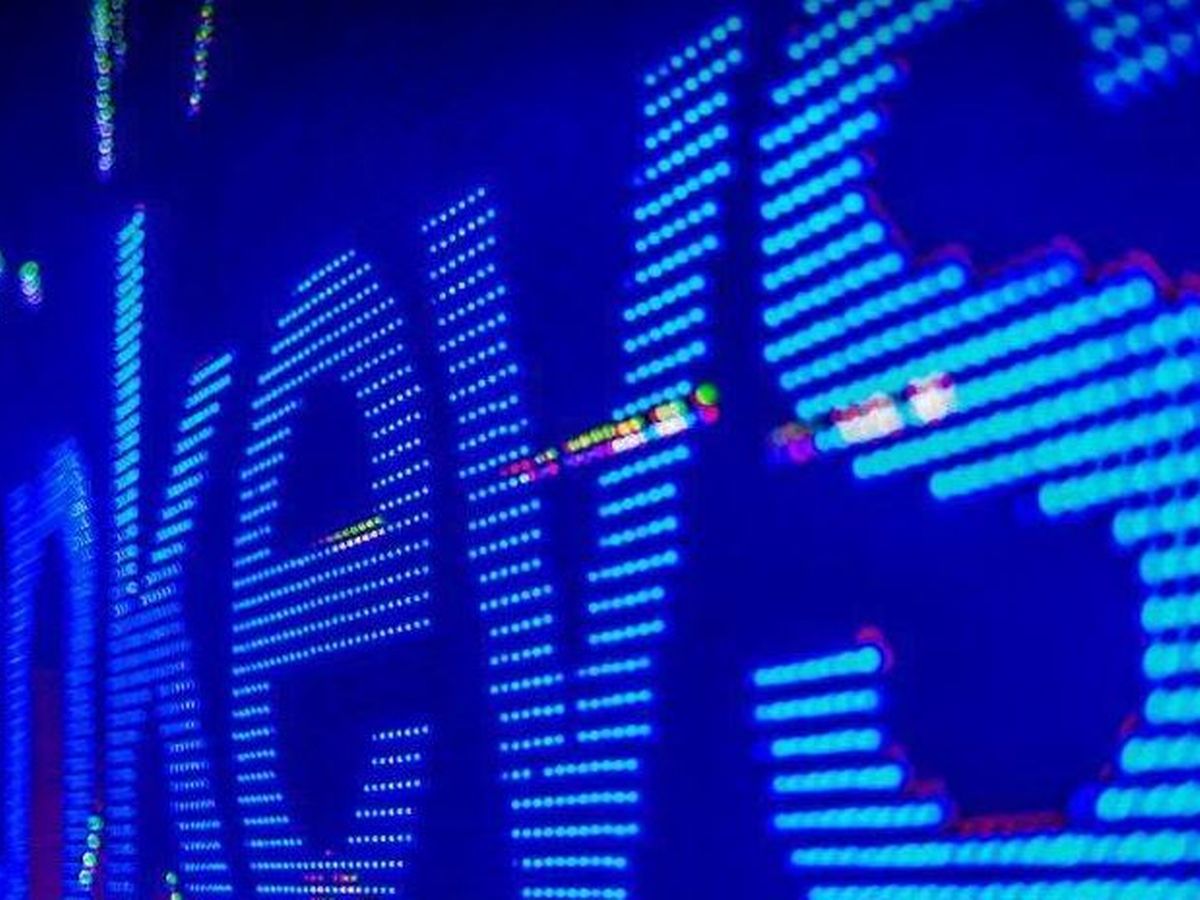 During the ‘teens (is that what we’re calling them?) owner David Vincent embarked on a crusade to take the Sankeys brand worldwide, with locations in Ibiza, Tokyo, New York and err… Liverpool, Birmingham and Stoke.

Nowadays, well, even the Sankeys in Ibiza has ceased to exist – so we’re basically stuck with our memories and the occasional ‘re-visit’ night that pops up every now and then.

The club will always remain a part of Manchester’s clubbing culture and heritage – nobody can take that away from us – and in these times of lockdown; remembering those times are certainly making me miss the city’s clubs even more.