These huge sculptures are actually just one big practical joke... 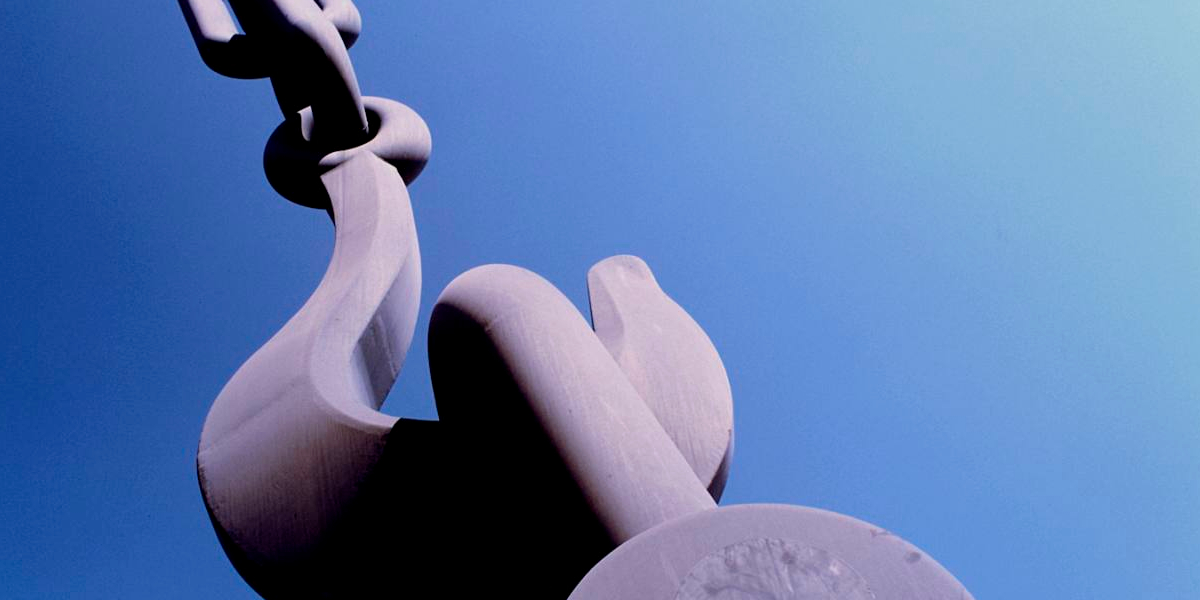 All the way back when I was in year 9, I did my work experience in the kitchens at the Avant Hotel in Oldham. It’s okay to be telling this story because it doesn’t exist anymore.

Anyway, much like Will in The Inbetweeners, I turned up and one of the fellas, a little weasel-faced bloke, decided it would be funny to send me across the road to The Plough Inn pub to ask for some “chicken lips”.

Always keen to help out, I ran across the road to the boozer. The thing is, I heard weasel-boy say “chicken hips” – which I then proceeded to ask the fag-toting landlady in the pub.

She told me that chicken hips didn’t exist and that someone was having a laugh with me, but I persisted – of course chicken hips existed – how else do the little buggers push out their eggs?! 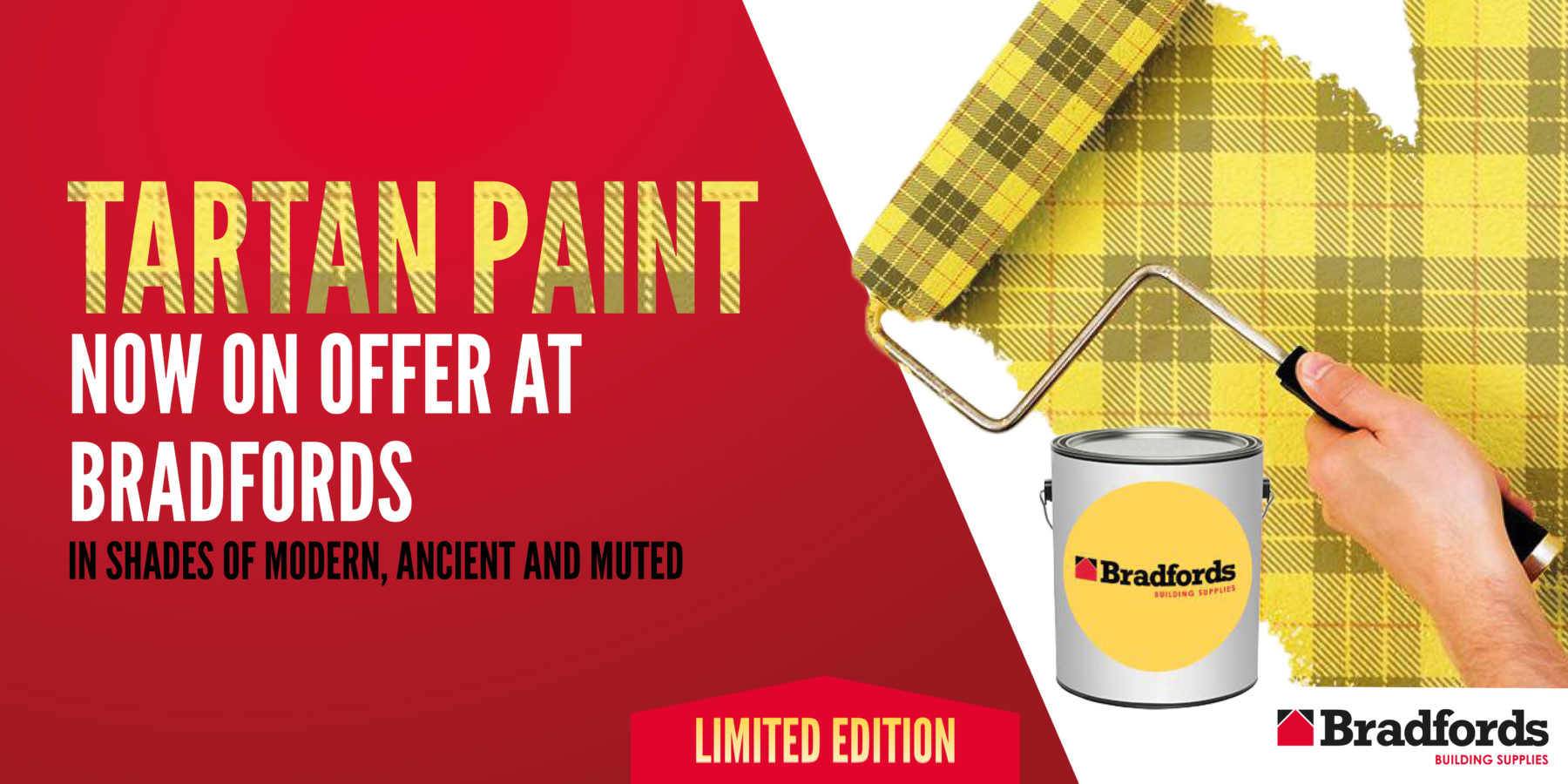 Well, after around 5 minutes I headed back and weasel-boy thought that this was hilarious. As if the bullying of a child 10 years younger than himself made him feel like a proper man. I’m sure he thoroughly enjoyed telling his loser mates that story while they all poured over the rims and bikinis in Max Power magazine later that evening.

Obvious bitterness aside, these sorts of ‘practical jokes’ are all too common, and have been for ages; “Oh, here… can you nip out and get us some Tartan Paint?” Yeah, good one Gaz you little loser.

It may surprise you to know though that one of the city’s most recognisable and striking sculptures is, in fact, based on one of these kinds of jokes.

“The Skyhooks title is based on the practical joke of sending a new member of staff to buy some skyhooks” says Brian Fell who designed the structures, and they mark the entrance to Trafford Park (there’s one just next to Victoria Warehouse and the other one is further down Trafford Wharf Road a little bit). 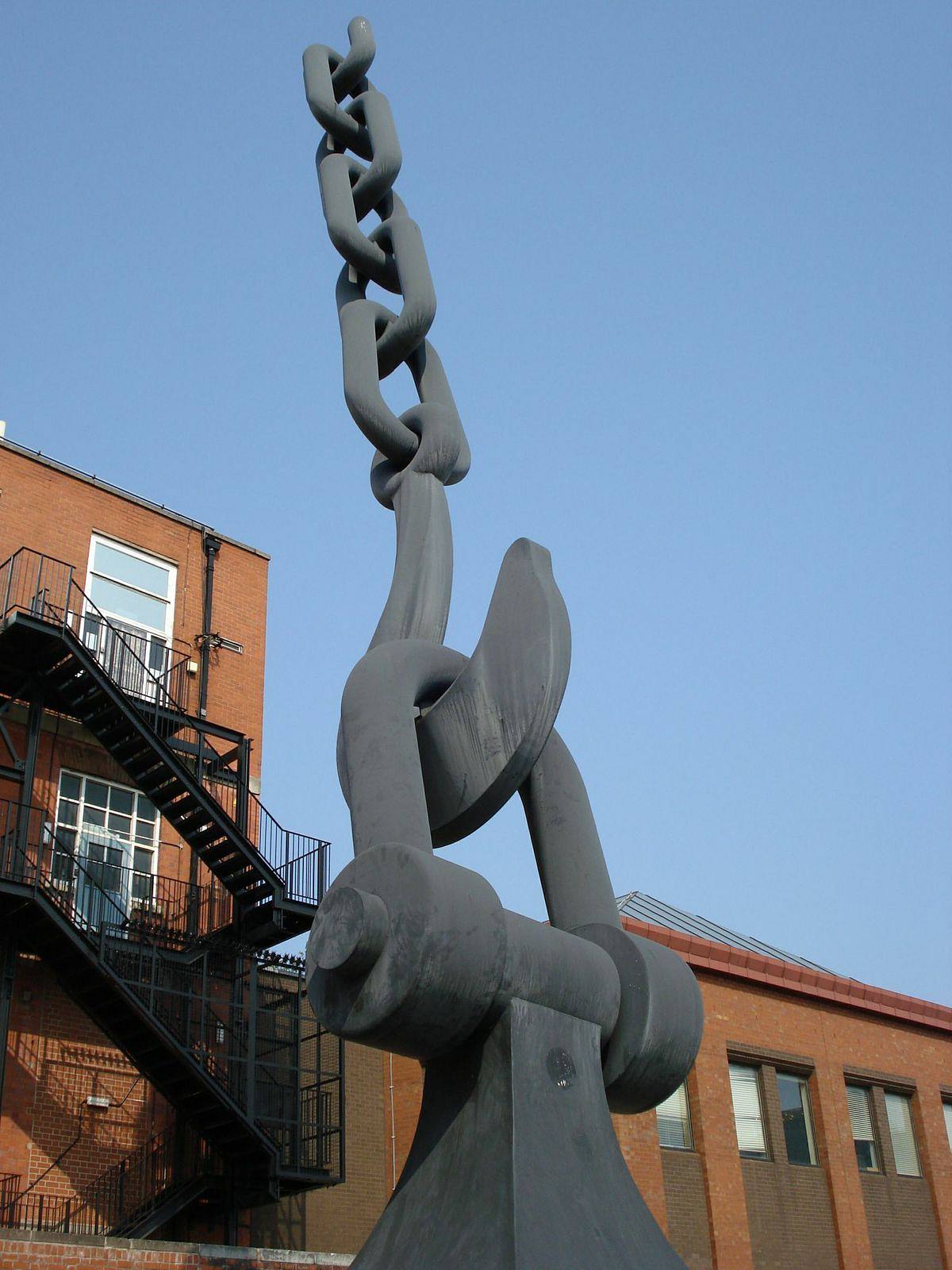 They were unveiled all the way back in 1995 as part of the regeneration of the Trafford Park Industrial Estate, which was the first EVER planned industrial estate in the world, and still remains the largest in Europe.

Originally just the ancestral home of the Trafford family, the fact that the area became almost entirely surrounded by water – what with the Bridgewater Canal on one side and the Manchester Ship Canal on the other – made the area ripe for industry. 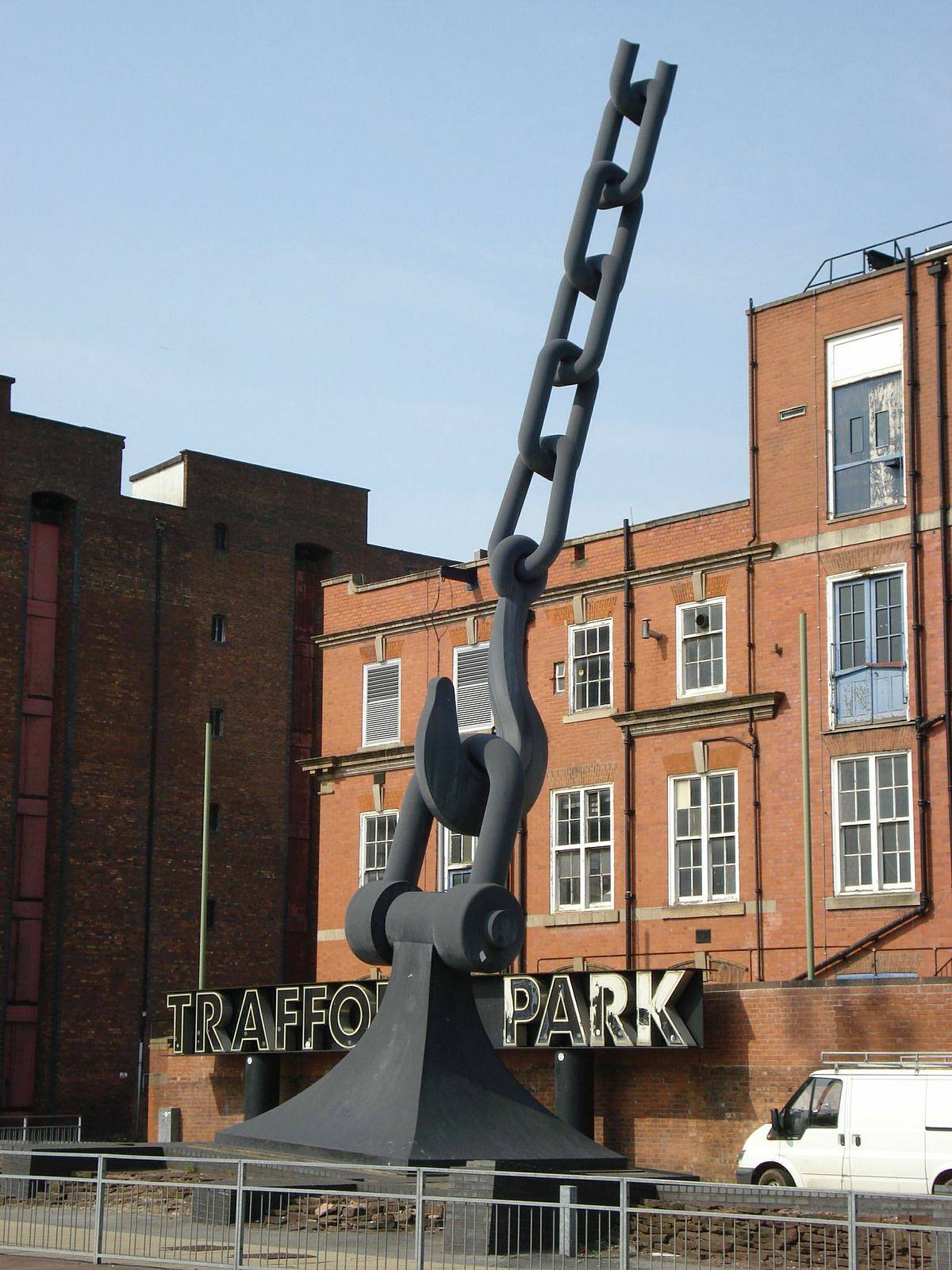 For the First and Second World Wars, Trafford Park was turned to the production of equipment, engines and machines for the war effort, which subsequently attracted a lot of attention from the Luftwaffe, especially during the Manchester Blitz of 1940.

By the end of the war there were an estimated 75,000 people working in Trafford Park, but as the 50s and 60s rolled on, the same thing that was happening all over the UK was happening there too – businesses started moving manufacturing to cheaper plants overseas.

Decline set in and by the 80s industry had virtually disappeared in the area. The decline was described by Stretford MP at the time Tony Lloyd as “spectacular and disastrous” and so the Trafford Park Development Corporation was formed in order to develop the area and return it to its former glory. 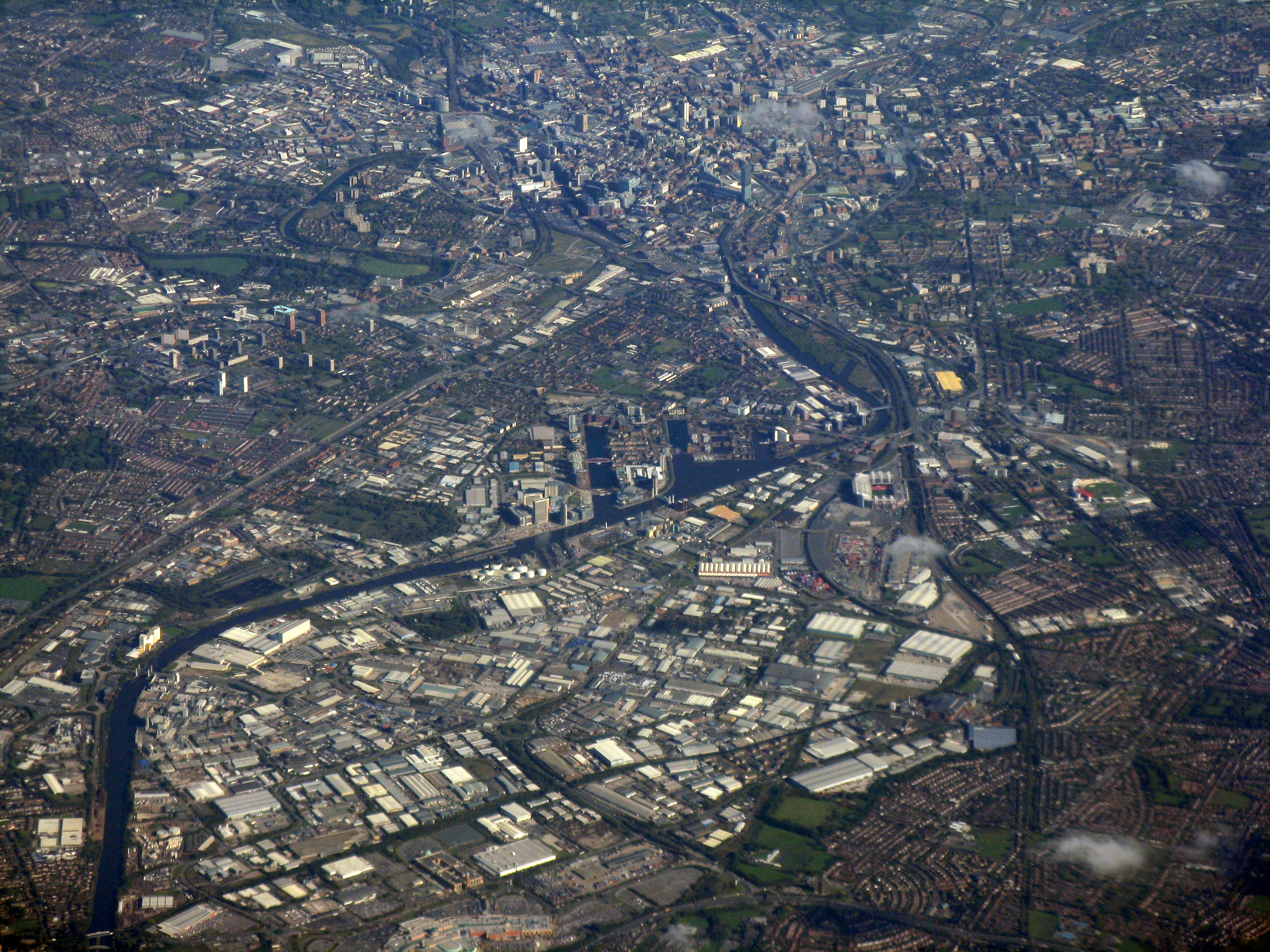 Now? Well, the area hosts 1,330 businesses, employing an estimated 35,000 people. I think I’d call that a success wouldn’t you?