Spotlight on Statues: The Minotaur of Cheetham Hill

The butchest statue in Manchester... 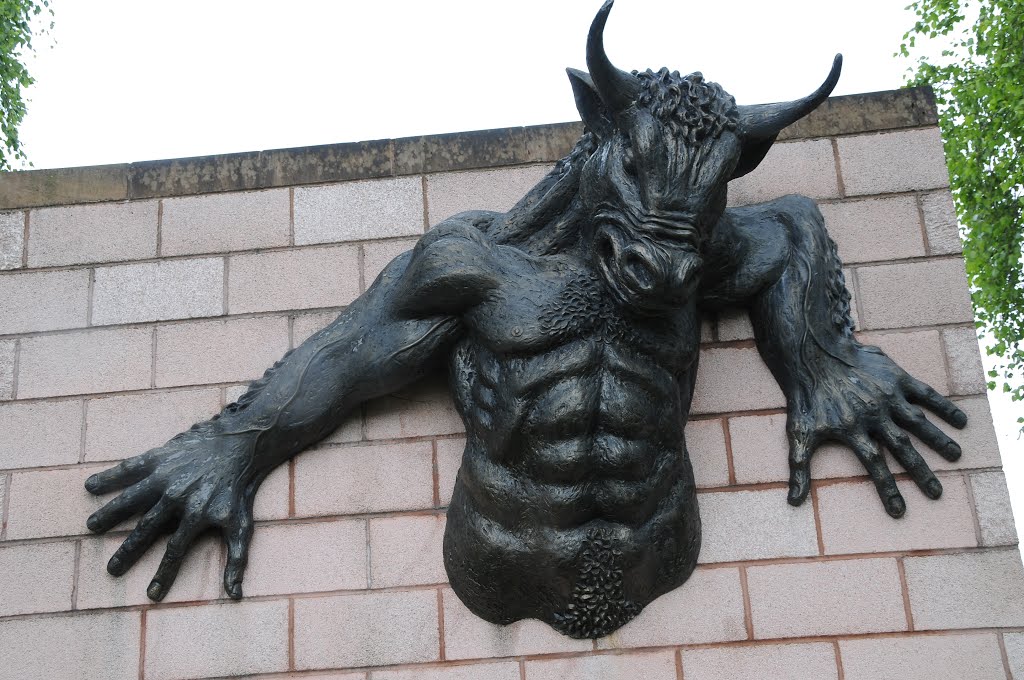 Just look at that rippling body. This thing even has a hairy chest and that top bit of the pubes that goes up to the belly button. Oh, and look at those veins on them arms.

As I said above – this thing is BUTCH.

It was created for the Manchester Fort retail park by Aden Hynes, an artist who owns Sculpture Studios, a family business that design and build a range of sculptures for film, television and theatre. 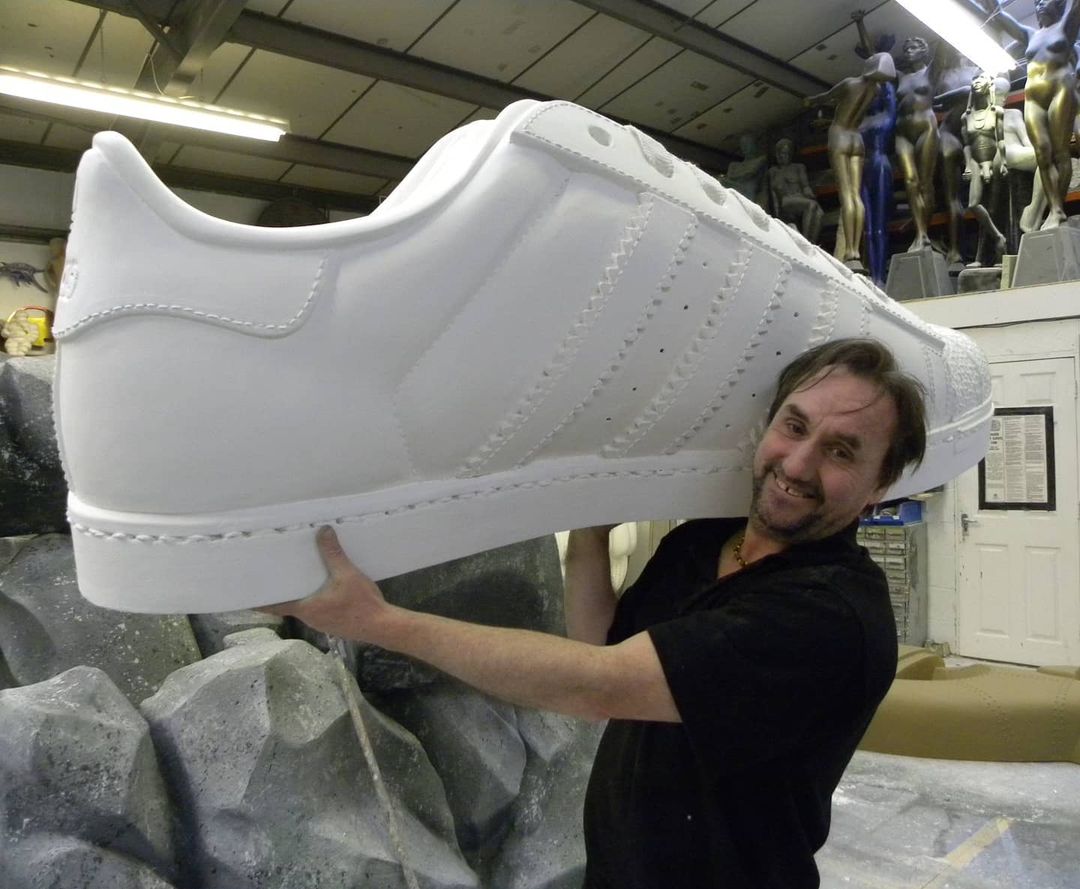 The idea behind the minotaur was that it would be ‘exploding’ out of a wall, but with the wall already constructed, Aden was required to work around the existing structure to the best of his abilities.

Initially built in clay on a wall in his workshop, once the design was completed it was then coated in plaster to make a mould and then a bronze resin was used to create a bronze effect without the added weight of the metal which would have likely have pulled the wall down after a spell.

Why a minotaur though?!

That’s a very good question, and one that I can’t really answer, owing to the fact that I can’t get into the heads of the people at Manchester Fort who commissioned the artwork all those years ago.

The Minotaur is a mythical creature that originated with the Greeks, a man with the head of a bull, the result of Minos’ wife Pasiphaë falling in love and subsequently mating with a prized snow-white bull that had been sent by the sea god Poseidon.

It’s all a bit weird, but Pasiphaë climbed into a hollow wooden cow, crafted by Daedalus, and then mated with the bull – the monstrous Minotaur being the result. 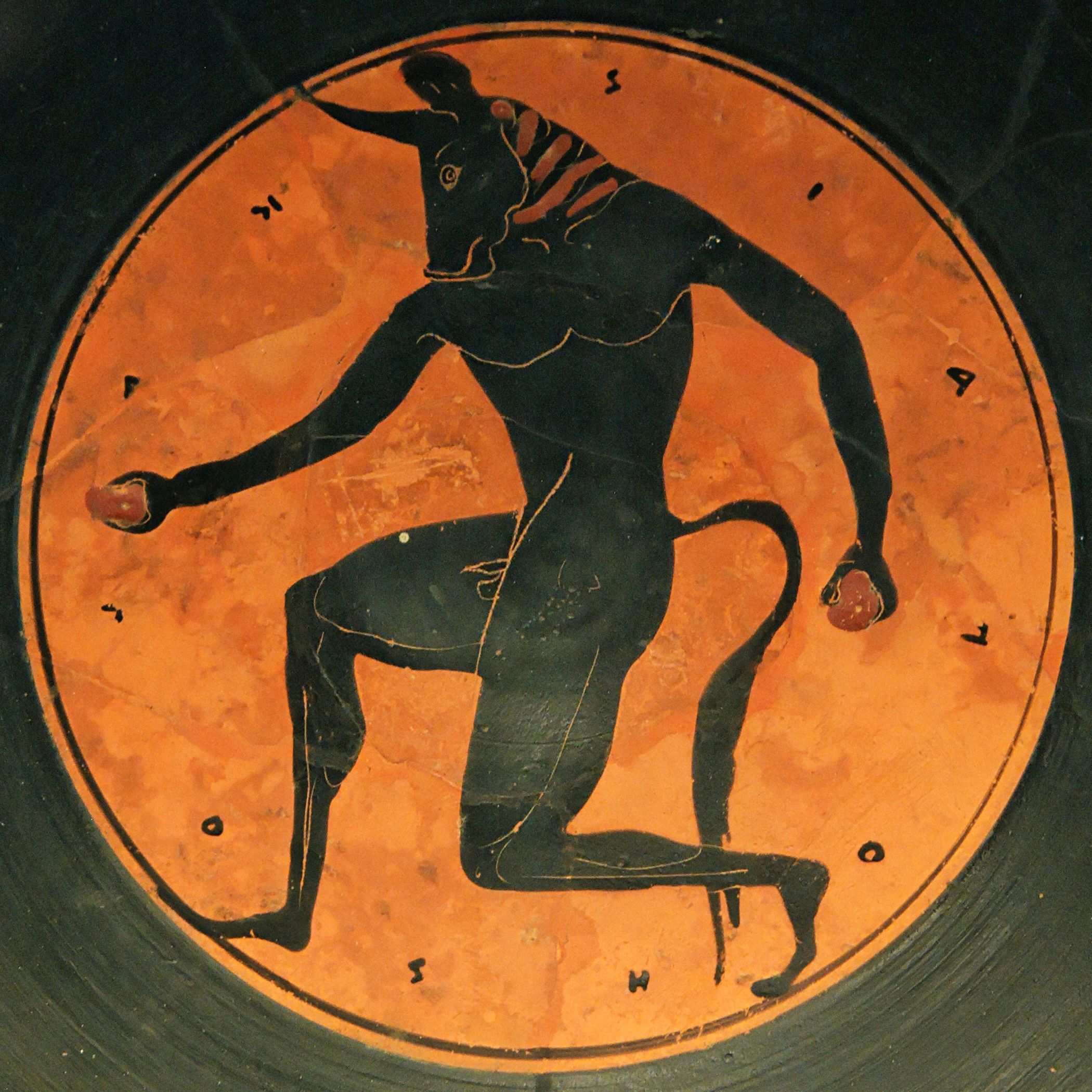 Pasiphaë nursed the child beast but he grew in size and became unnaturally ferocious, eventually turning to eating humans for food. As a result, Daedalus constructed a gigantic Labyrinth to hold the Minotaur for the rest of time.

So what’s the link here with Manchester Fort? Did the owners of the retail park want to link the idea of the labyrinth with the idea of out of town shopping? Is the minotaur bursting through the wall of ‘the fort’ a subtle allusion to the destruction of traditional confusing shopping experiences, where shops are laid out in town centres like a labyrinth? 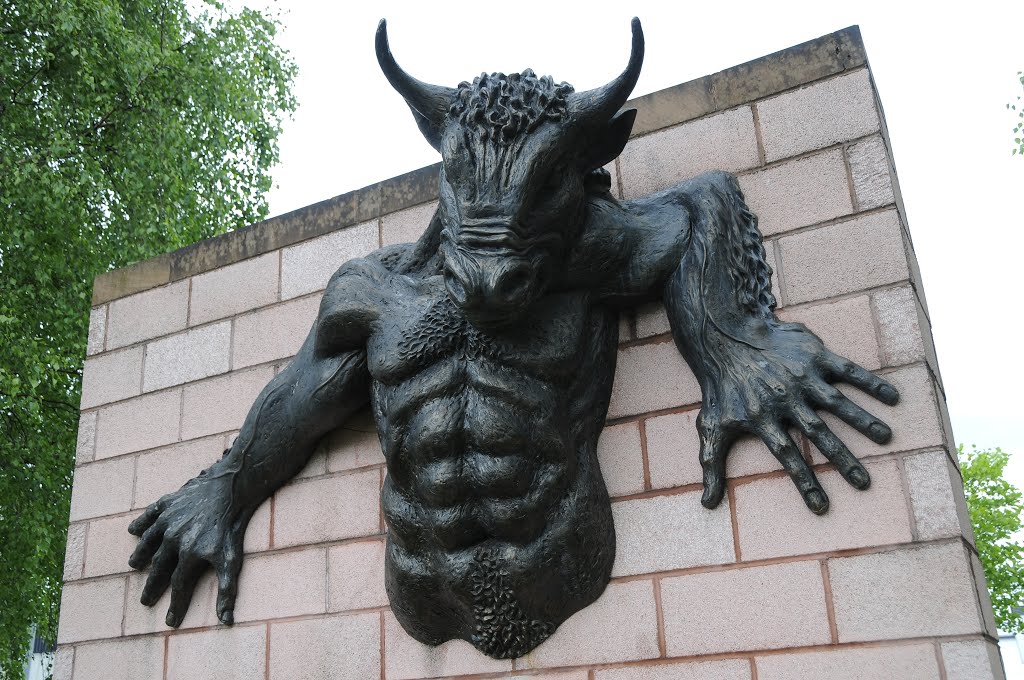 Or maybe they just thought it would look cool and grab people’s attention as they drove past?

I can’t tell you what the real reason behind it is, but it’s certainly eye-catching. Some people love it, a LOT of people hate it. Personally I quite like it – it’s very strange and it manages to brighten up this rather mundane, ‘out-of-town retail park’ part of Manchester no end.

For more information on Sculpture Studios’ work, head on over to their website where you can see all of the things they’ve done all around the UK…