Spotlight on Statues: The Tree of Remembrance

The 'Berlin' wall is gone, which has given this memorial much more space. 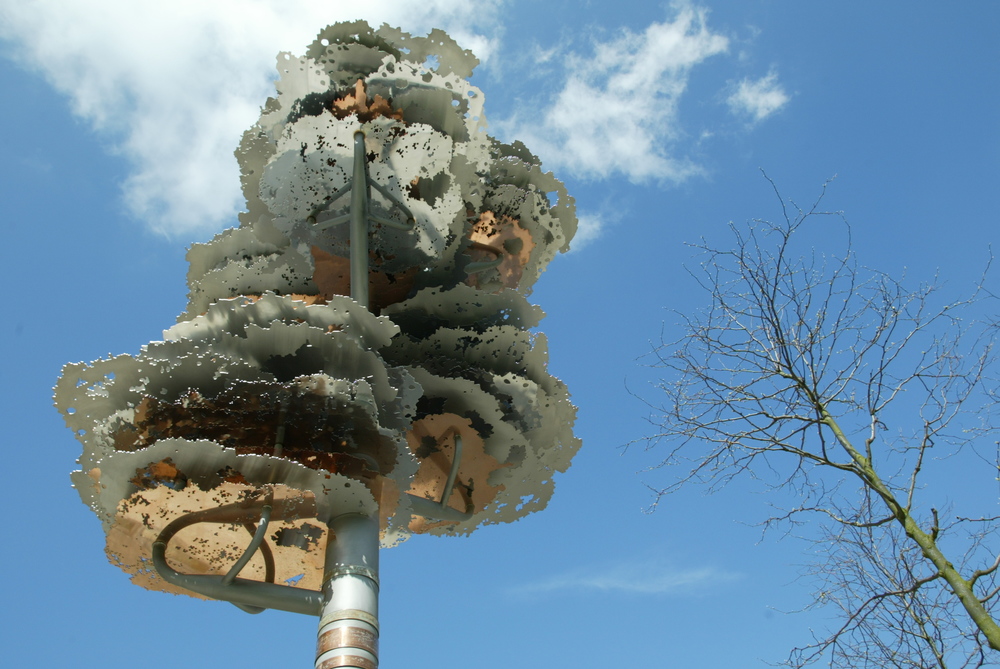 I only just found this out today but it’s actually not known how many First World War memorials there are in the world, such was the outpouring of grief after the ‘War to End All Wars’.

There are certainly tens of thousands of them in Britain alone, and there’s not even an authoritative definition of what constitutes a memorial, with them ranging from the deeply personal to grand focal points of remembrance in large public squares. 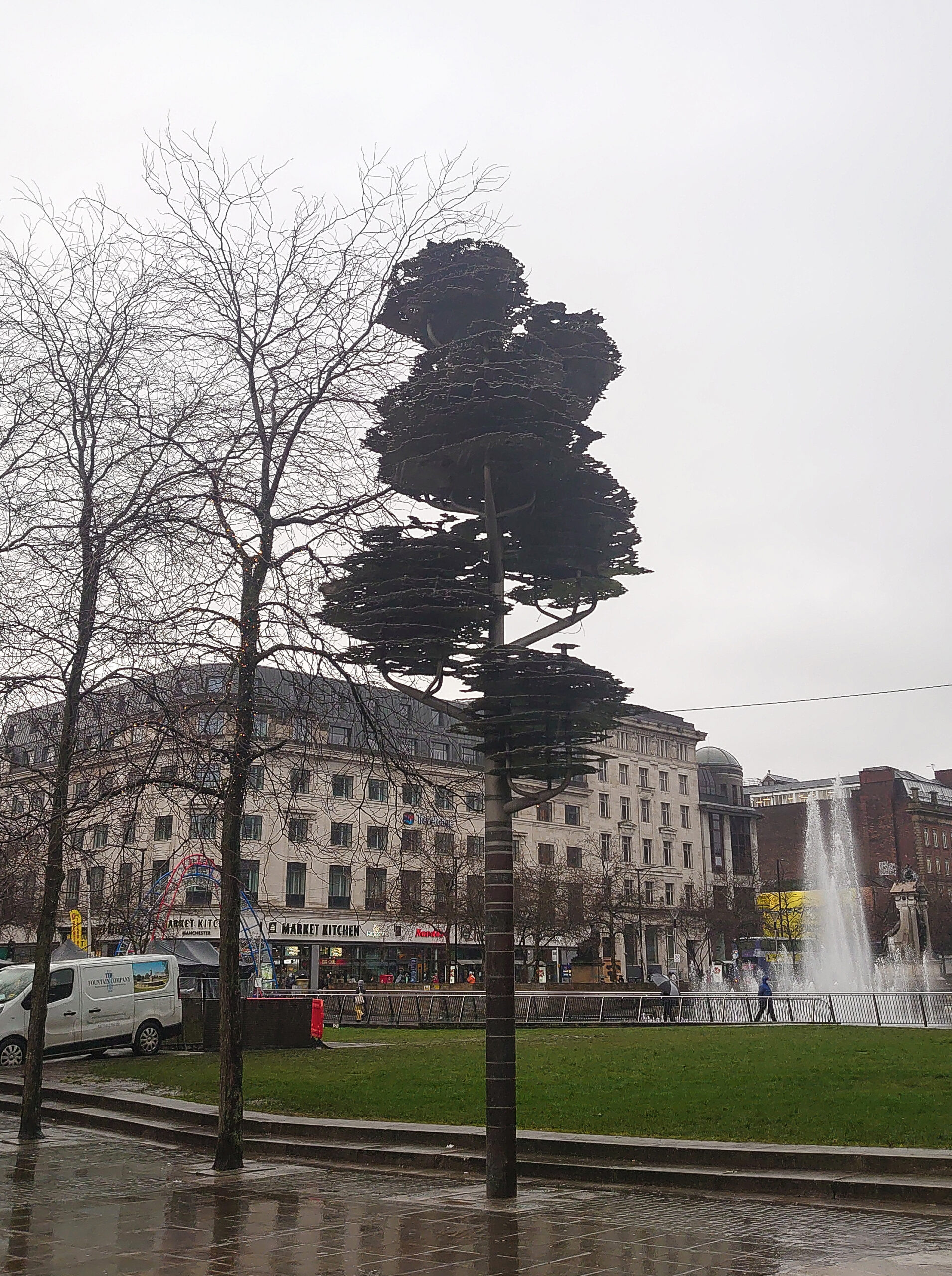 Here in Manchester you’ll find many, from the powerful ‘Victory Over Blindness‘ outside Piccadilly train station to The Tree of Remembrance in Piccadilly Gardens. With the recent demolition of the thoroughly hated ‘Berlin Wall’ in the ‘gardens’, I think it’s time we revisited this 10m high tree, considering you can actually see it properly now.

Erected in 2005, the tree is in fact a memorial to the civilians of Manchester who were killed between 1940 and 1945 during World War II. Designed by artists Wolfgang Buttress and Fiona Heron, the 10m high tree has metal rings all around the trunk, with the names of the people who lost their lives engraved upon it. 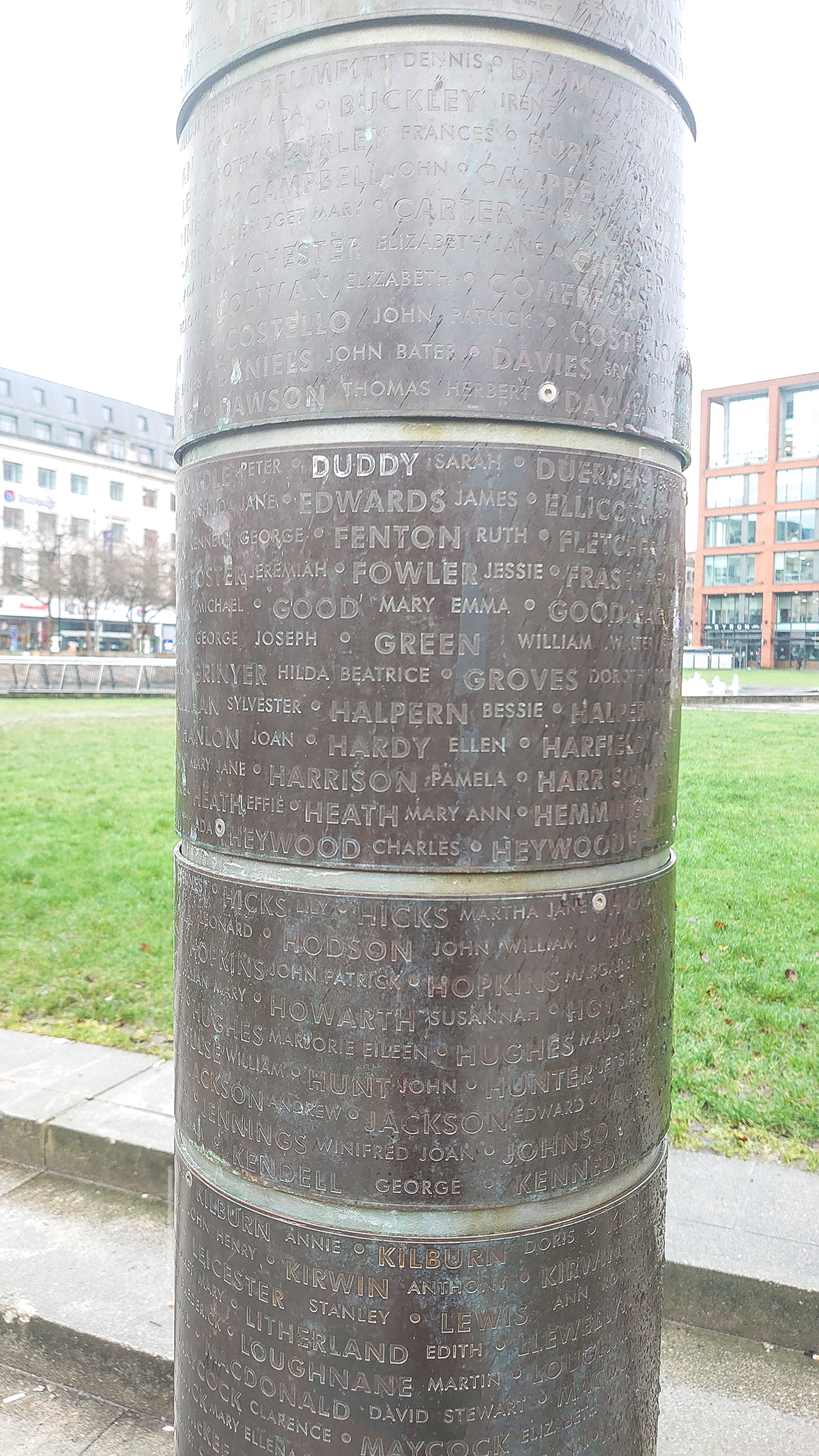 A large proportion of the civilians on the memorial were killed during the ‘Manchester Blitz’ of 1940, in particular the run up to Christmas when over two nights 500 German planes dropped around 500 tonnes of explosives on the city.

You may have walked past the tree hundreds of times and never noticed it, which is testament to its subtlety. It blends easily with the other (real) trees in Piccadilly Gardens and so when you do actually notice it – it’s all the more powerful. 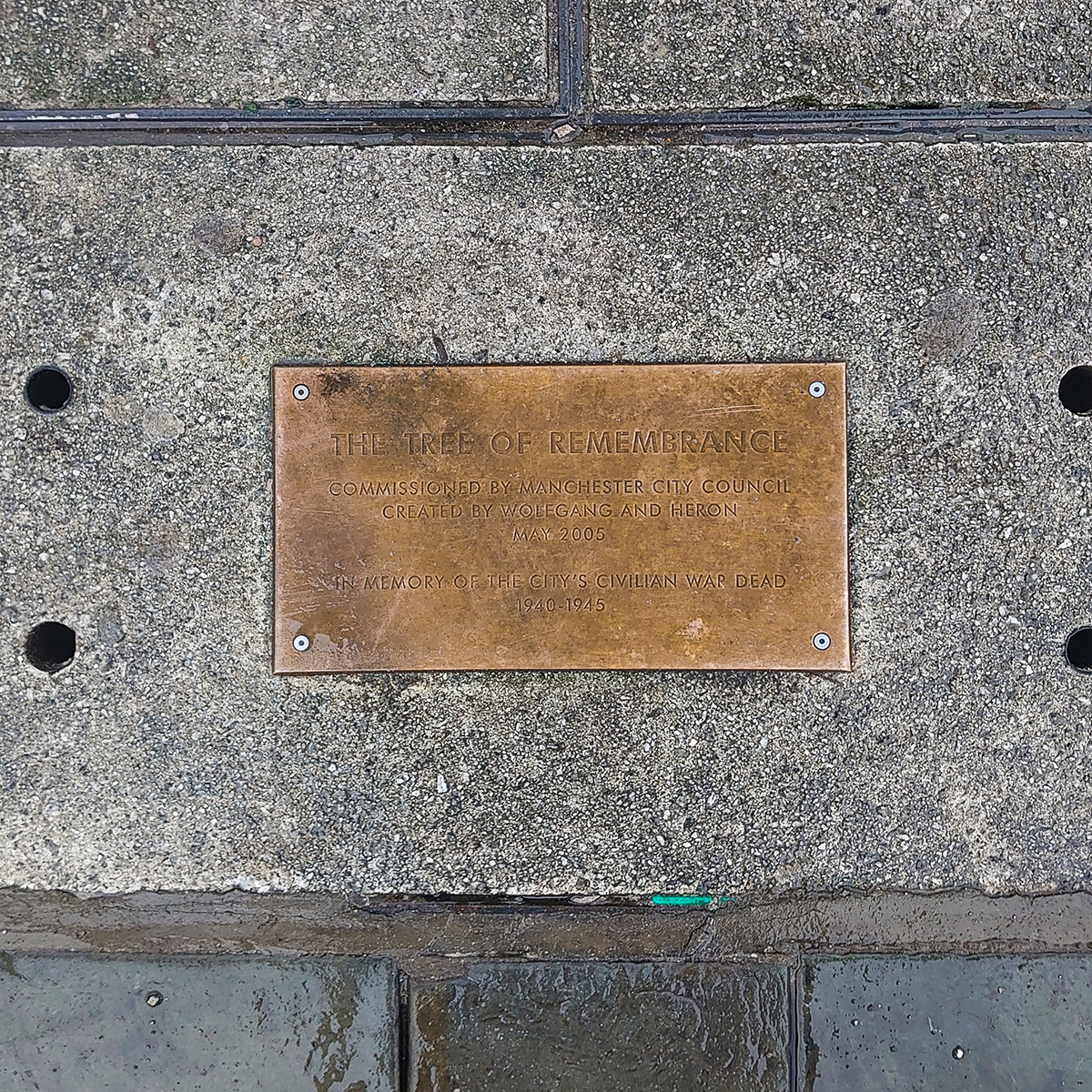 Next time you’re in Piccadilly Gardens, stop and have a look – although if its after dark – be careful and don’t stop for too long.