The Best Stargazing Spots Near Manchester

Some of the best stargazing spots in the country are about an hour away from Manchester. 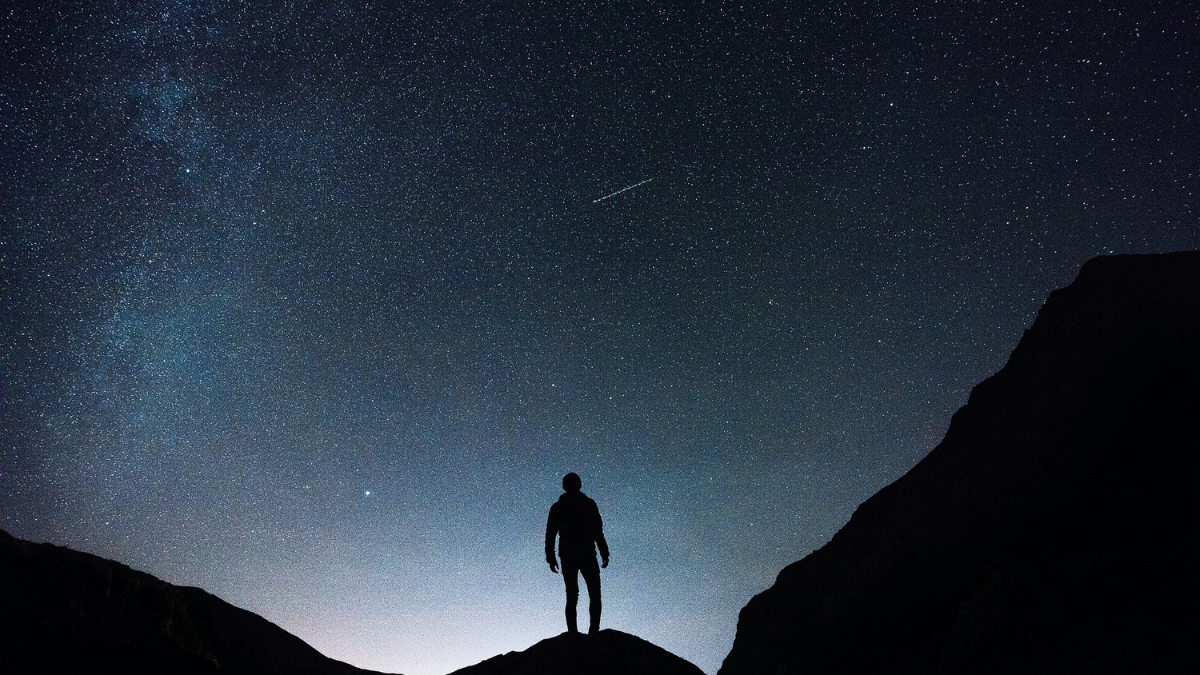 If you want in with a chance of witnessing one of a kind events, as well as any of Elon Musks’ likely adventures with your own eyes, you need to get the hell out of the city centre and away from all the light pollution.

It goes without saying that the deeper you can go into the countryside, the darker the sky. If you’re really committed to the cause, Snowdown is a good shout or the likes of the Lakes and the Pennines. You can see a map of light pollution here to really get an optimal spot.

For those of us who are medium amounts of committed these are all great spots to get a glimpse of the burning balls of dust in the sky. 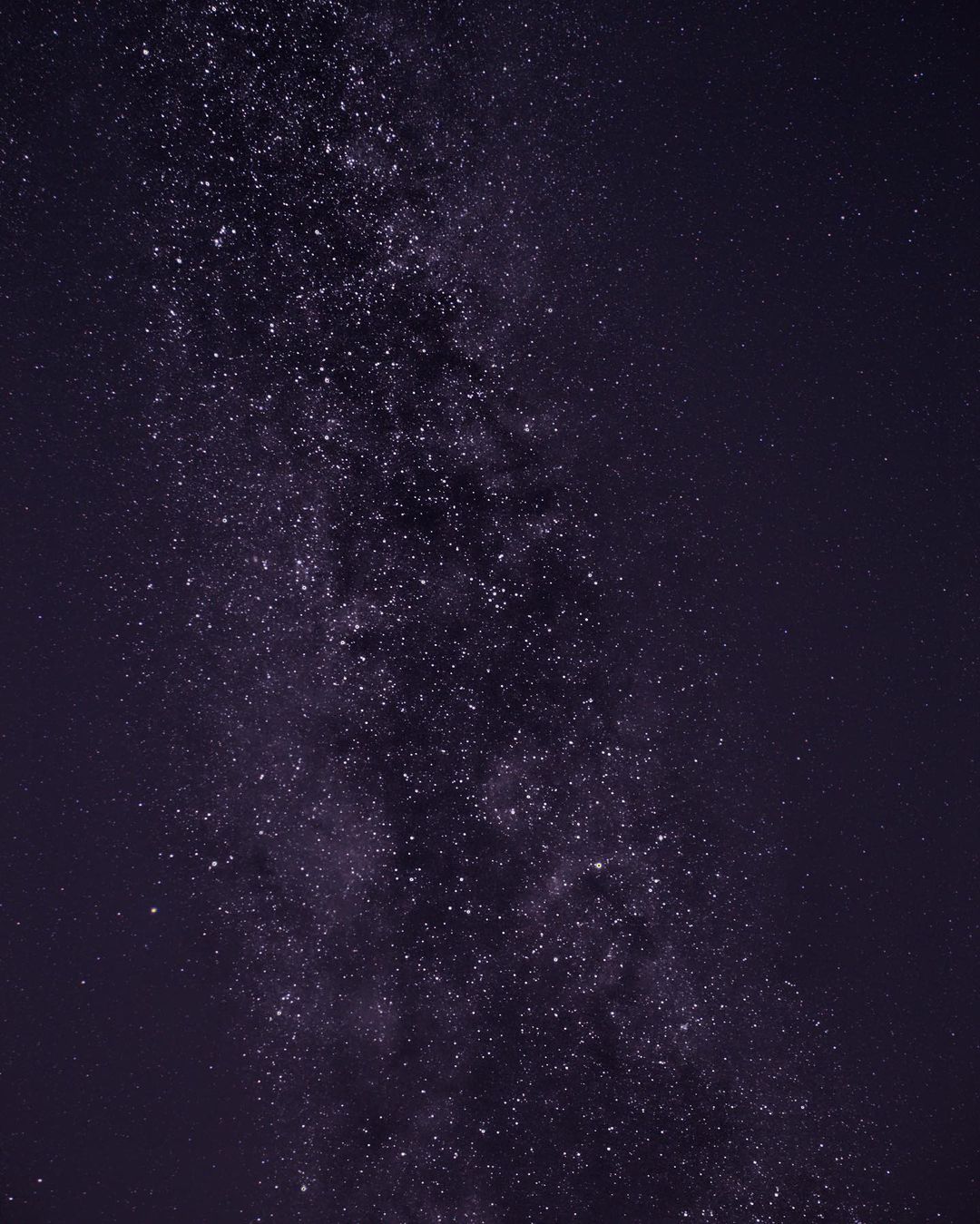 The Peak District National Park Authority, Nottingham Trent University and the Science and Technology Facilities Council have identified a range of dark sky sites in the Peaks which are good for stargazing.

Surprise View
Off the A6187 near Hathersage
Surprise View car park is on the outskirts of Hathersage around an hour and a half out of Manchester. It’s got a ‘rural’ light pollution level making it the second-best you can get. To get optimal viewing you need to look where about the moon is in the lunar cycle (which is around about now!)

Minninglow
Off the A515 at Pikehall (nearest postcode DE4 2PN)
This rural spot is an hour and a half away from Manchester offers views of the Milky Way in autumn nights. Meteor showers aren’t uncommon in this spot that is currently protected due to its lack of light pollution. Other good spots in Derbyshire include Ladybower and Upper Derwent.

These sites are easily accessible and are well known for their panoramic views in the daytime. The astronomy interpretation panels in place at these sites will help people to explore the night skies. 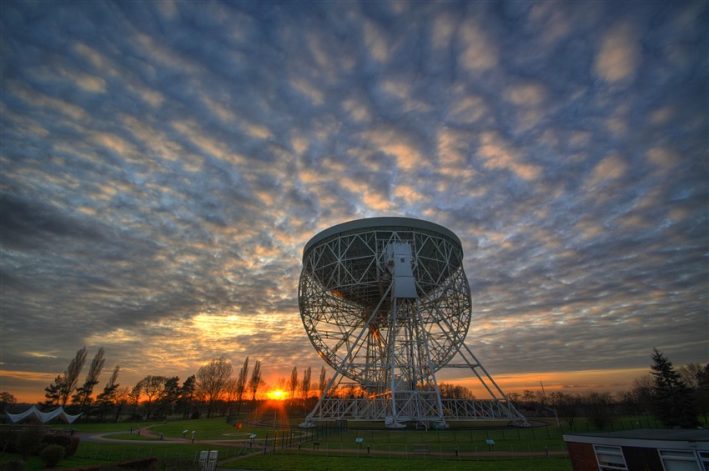 Jodrell Bank Observatory
Macclesfield
You can’t talk about space and stars without mentioning Jodrell Bank, home to the world’s largest steerable radio telescope, well, until they built a bigger ones in West Virginia and Germany that is. You’ll be hard-pressed to find a better stargazing spot, and they regularly host BBC Stargazing Live events here too. It’s a semi-rural spot so it’ll benefit from a visit when the skies are as dark as possible – for example during a new moon. 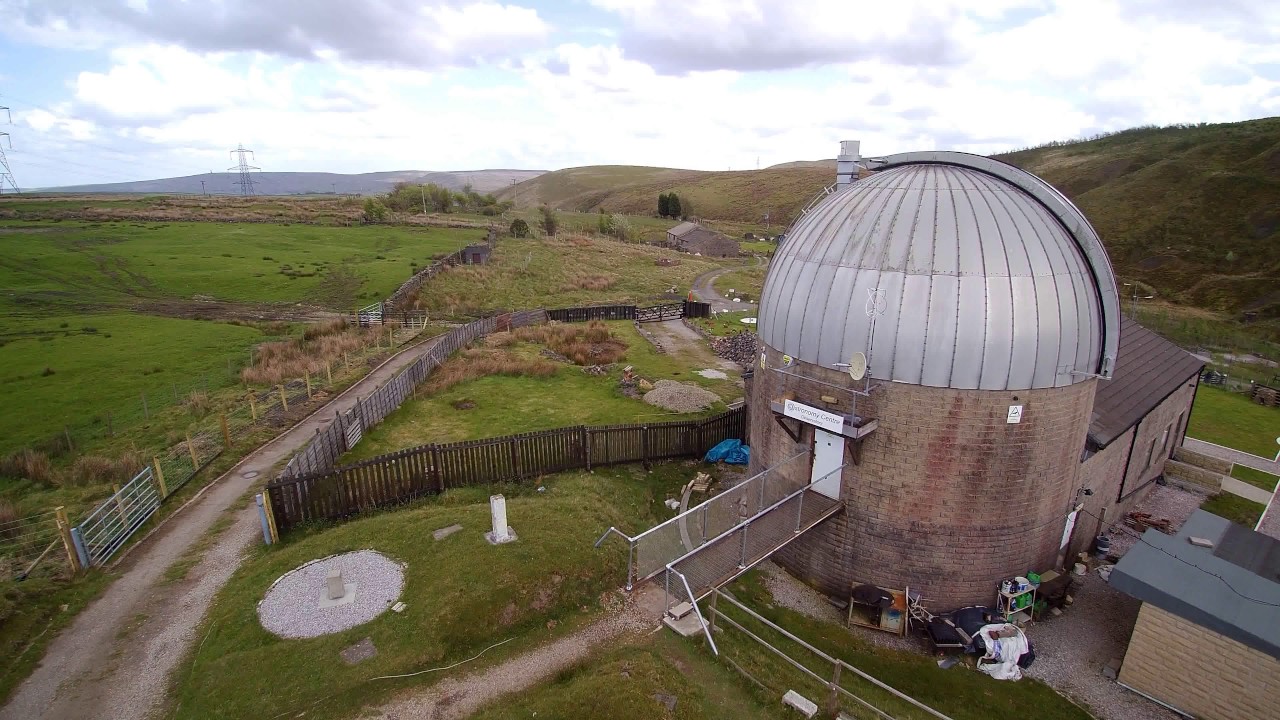 The Astronomy Centre Observatory
Bacup Road, A681, Near Todmorden
“Dedicated to the furtherance of Amateur Astronomy” – unfortunately the Astronomy Centre in Todmorden is closed to the general public until further notice due to the COVID-19 pandemic. Seeing as we’re pretty much coming out of all of that now – it should be up and going in no time. Todmorden is a fantastic spot for stargazing, and not very far at all from Manchester. 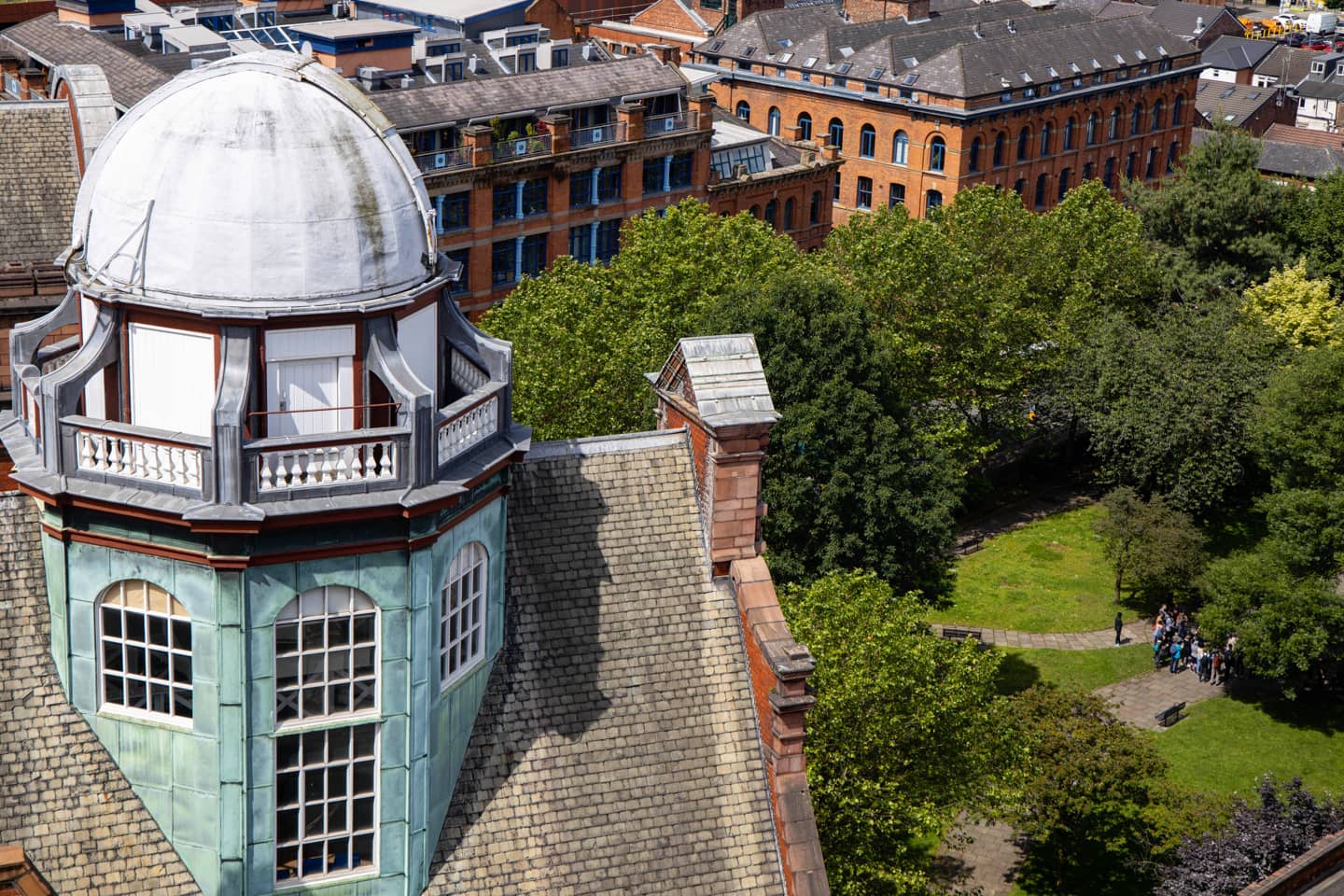 The Godlee Observatory
Sackville Street
Oddly located right at the top of the University of Manchester’s Sackville Street building, the Godlee Observatory is home to the Manchester Astronomical Society. They meet most Thursday evenings and members of the public are welcome to attend. This would be a great place to start for anyone looking to get into stargazing and astronomy proper. 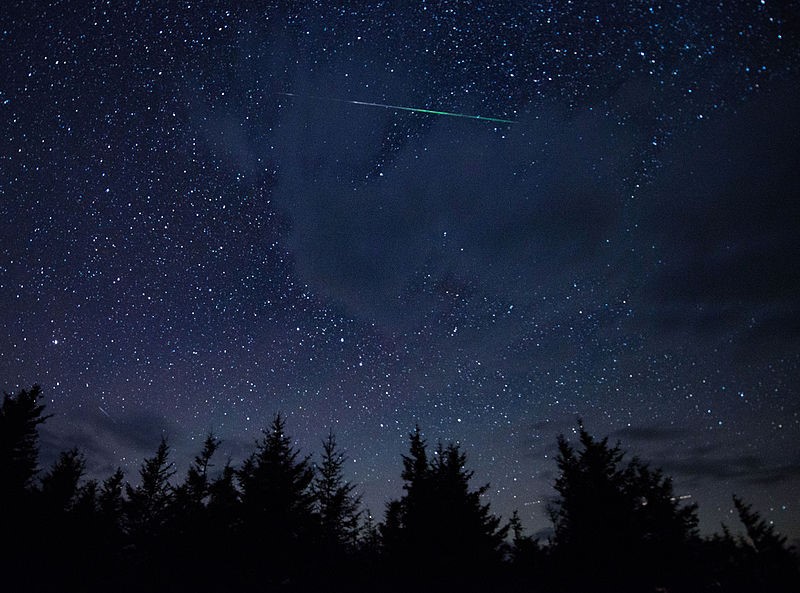 Forest of Bowland
Clitheroe
Recently recognised as some of the darkest skies in England, the Forest of Bowland holds the official status of a ‘Dark Sky Discovery Site’. On a clear cloud-free guide and a ‘moonless’ night you can see constellations like Taurus, Pegasus, the hunter and Andromeda as well as many others. The winter tends to be the best time to spot stuff – so wrap up warm.

Buckstones Car Park
Huddersfield
A dark pocket between the bright lights of Manchester and Huddersfield this is a good spot that’s easy to access but still has semi-rural visibility. It’s a popular spot with amateur astronomers so a good location if you’re not used to this stuff! 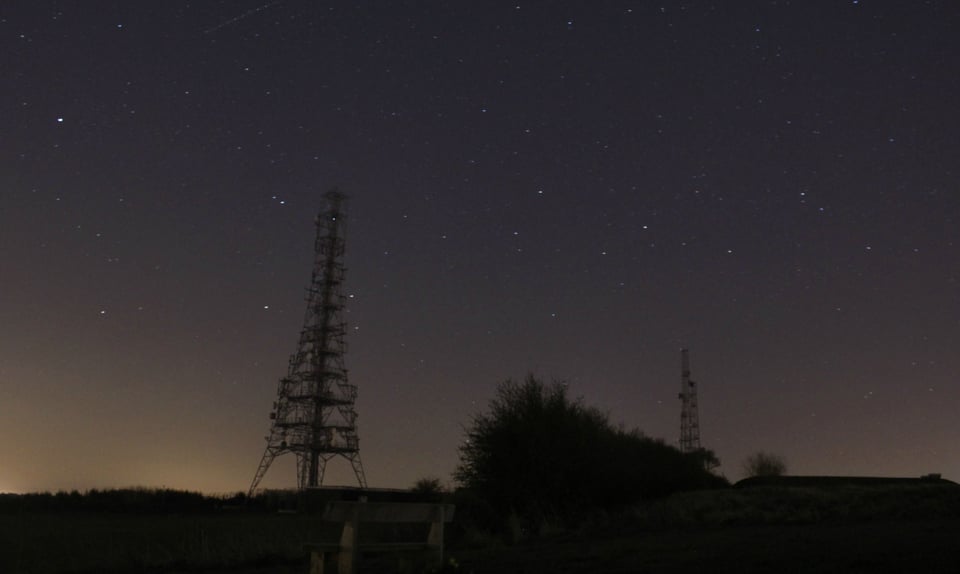 Werneth Low
Gee Cross
This spot in Tameside offers a vast range of beautiful views all across the city centre and a good stargazing spot on a clear night!

Kinder Scout
Derbyshire
Not just fantastic for walking and picking mushrooms in October, Kinder Scout and Edale benefit from being a bit of a dark spot on the light pollution map, meaning on a clear night you can see some seriously impressive sights. Make sure you wrap up warm though because the winter is the best time – and take a torch.

Delamere Forest Park
Frodsham
This pocked of darker skies is situated between Chester and Northwich around an hours drive from Manchester. The forest helps to block out any surrounding light pollution making it a cracking spot for stargazing. The Mid-Cheshire Astronomical Group hold monthly meetings here so speak to them and see what’s coming up.

For more information on Stargazing and even more sites, head on over to the excellent ‘Go Stargazing’ site here – gostargazing.co.uk

Behind the Photo: A German U-Boat in the Manchester Ship Canal, 1918