From Baths to Dishes: The Urban Mushroom Farmers who supply Manchester’s Best Restaurants 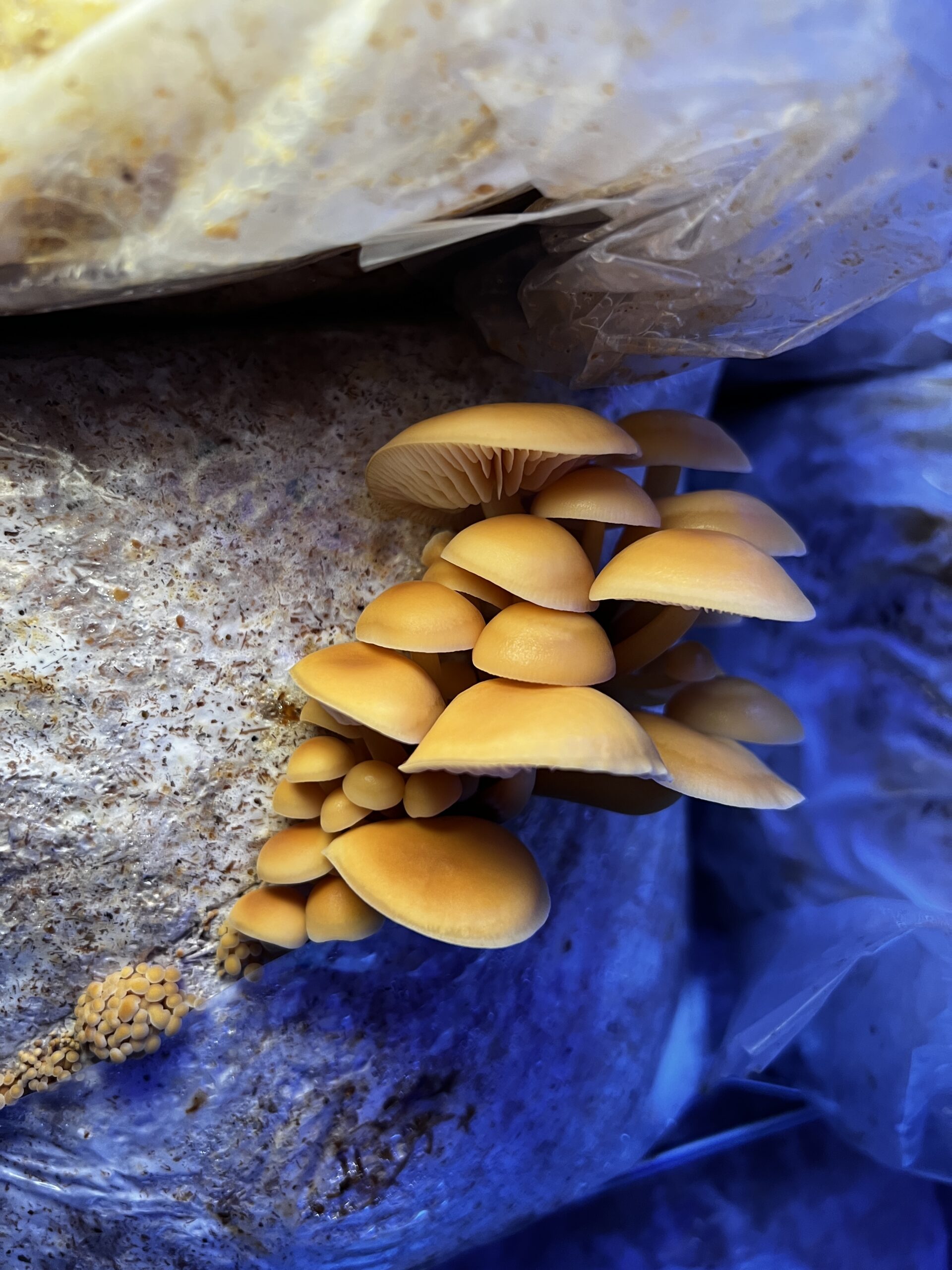 Back in 2004, when I was living in my student house in Fallowfield, my room became home to a rather impressive display of fauna, fungus and on one occasion – a line of ants from the French doors to a spot under my bed.

At the time I didn’t really care, but now I look back and I’m understandably rather embarrassed. But, after a conversation I had yesterday – I’ve become disappointed in myself more than anything. For missing an opportunity.

I was in Radium House, just down the road from the Navigation Road Metrolink stop, a former iron foundry and now home to Polyspore – who’ve had a rollercoaster 7-month journey from humble beginnings in a house in Fallowfield, to supplying some of the city’s very best restaurants and stores with their mushrooms. 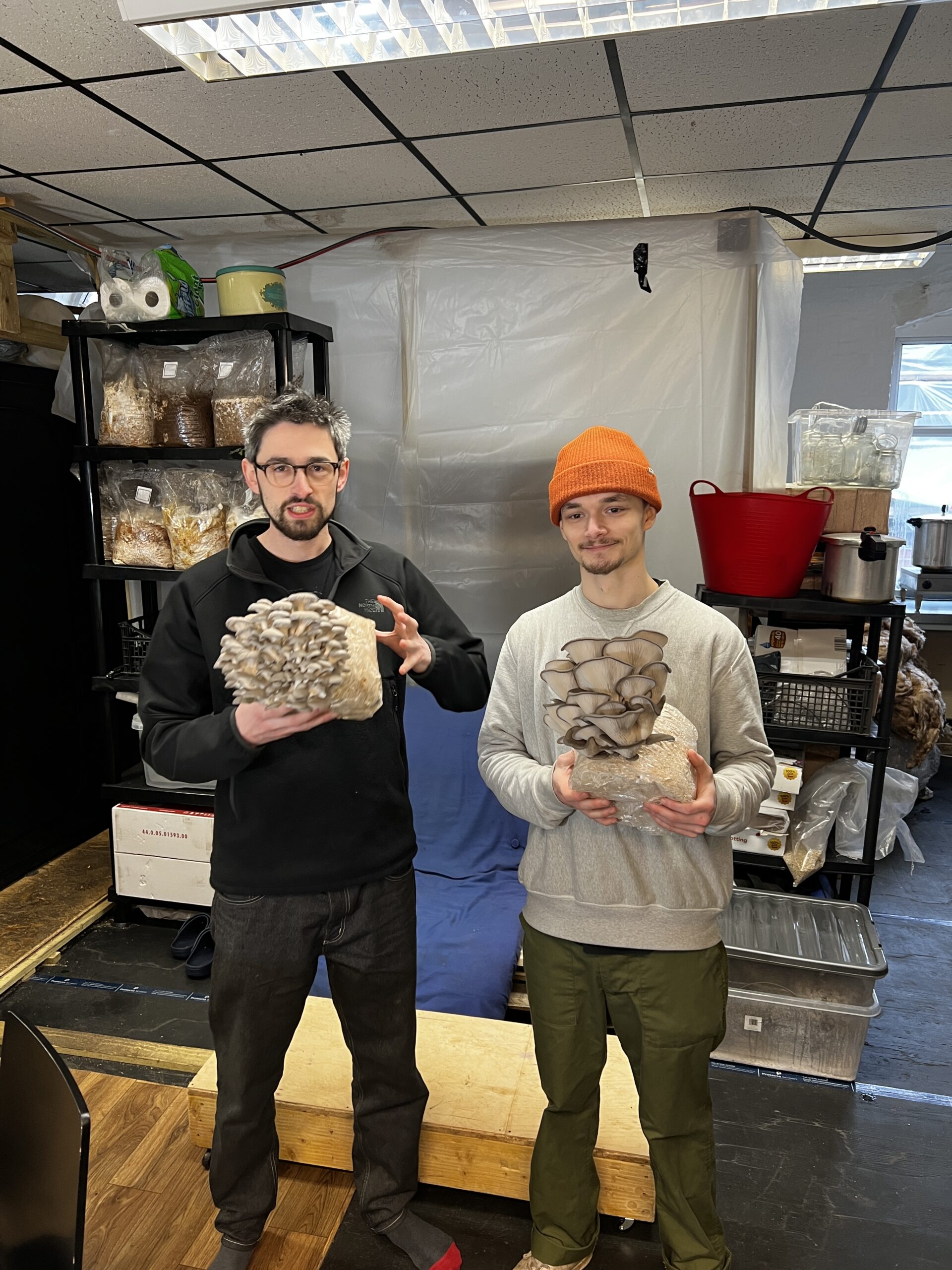 Polyspore is Dylan, former chef, and Mike, who used to work at Port Street Beer House until the COVID pandemic made them both redundant. It’s a story we’ve heard a lot over the last year, so it probably won’t come as a surprise for you to hear that as a result, they decided to take matters into their own hands and start their own business.

“After we lost our jobs, we were both living in the same gaff in Fallowfield – it was fucking wet, damp, really mouldy and horrible. The joke was, you know, you could probably grow mushrooms in it.”

And grow mushrooms they did, and with the help of YouTube, and some “rednecks on the Internet who will try to teach you anything”, they embarked on a journey of discovery into the world of mycelium – a journey sprinkled with some serious setbacks. 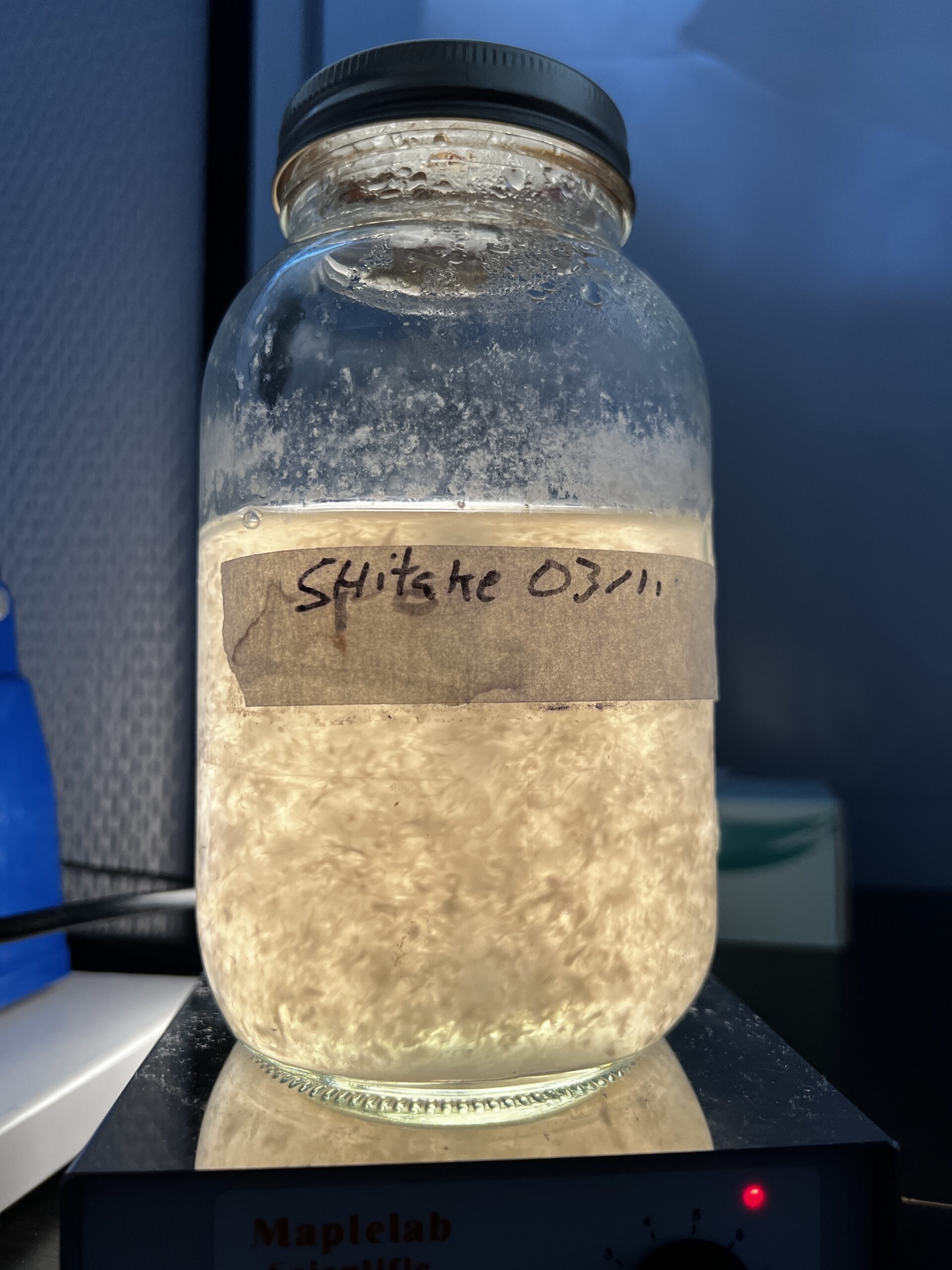 “When we first started it was as difficult as you can imagine, I mean, obviously – we were doing it in a bath!”

“We quickly found out that if you’re not doing it in a lab with filtered air, it’s very, very hard. And it goes wrong most of the time. You end up growing a lot of green mould and not many mushrooms at all.”

The pair made A LOT of mistakes at the beginning, but as they continued to learn, adapt, (and sterilise everything using their huge US-imported pressure cookers) – they started getting good at it. Like, really good at it. 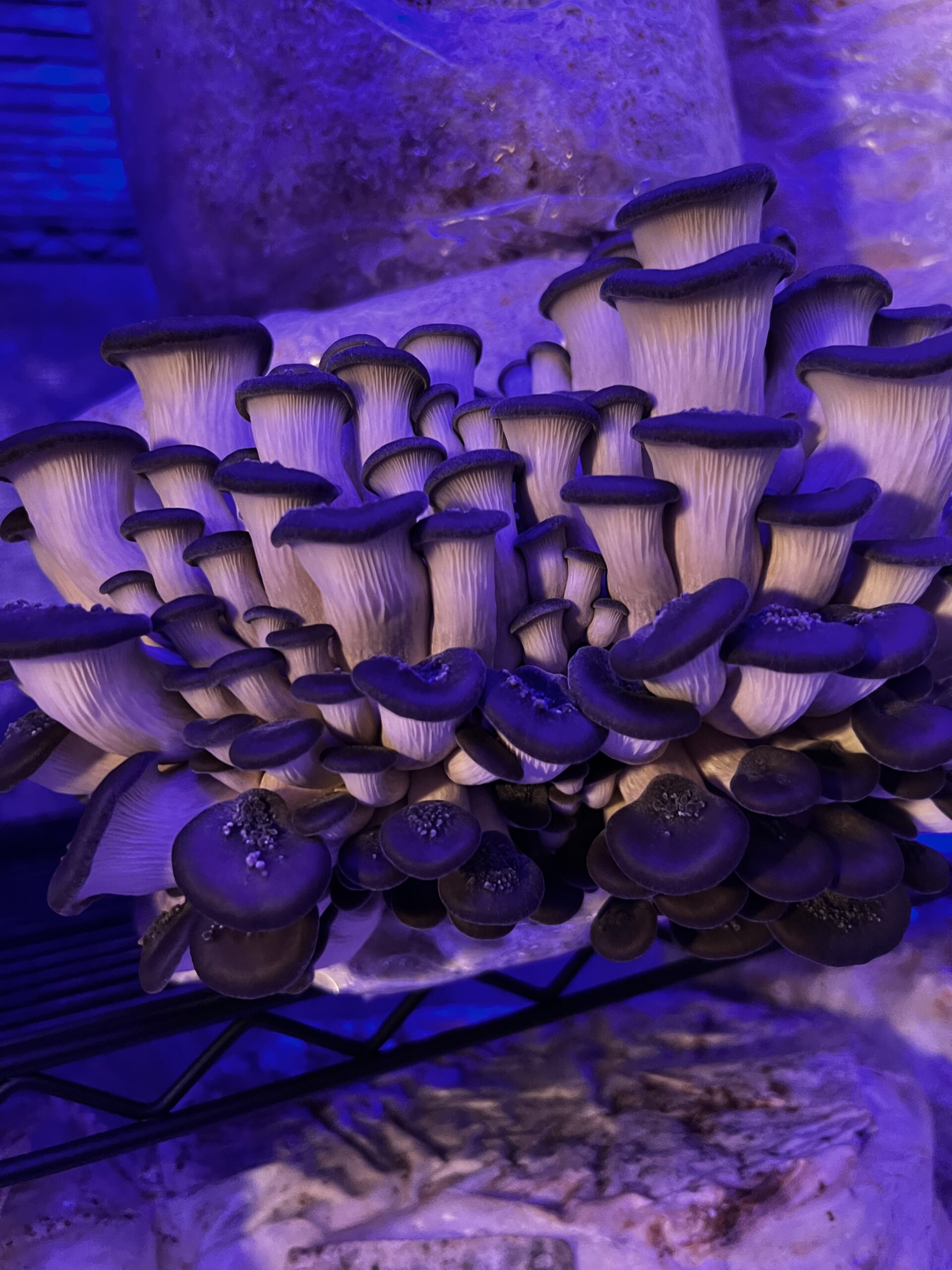 Their perseverance paid off when someone from Where The Light Gets In got in touch and picked up a couple of oysters from them, promising to buy more if the lads could make more. Things quickly sped up from there.

As their operation began to grow, they moved to their own ‘bespoke’ space at Radium House – a mushroom growing facility that’s a little haphazard and little homemade, but perfect for churning out some seriously special fungus on a weekly basis. 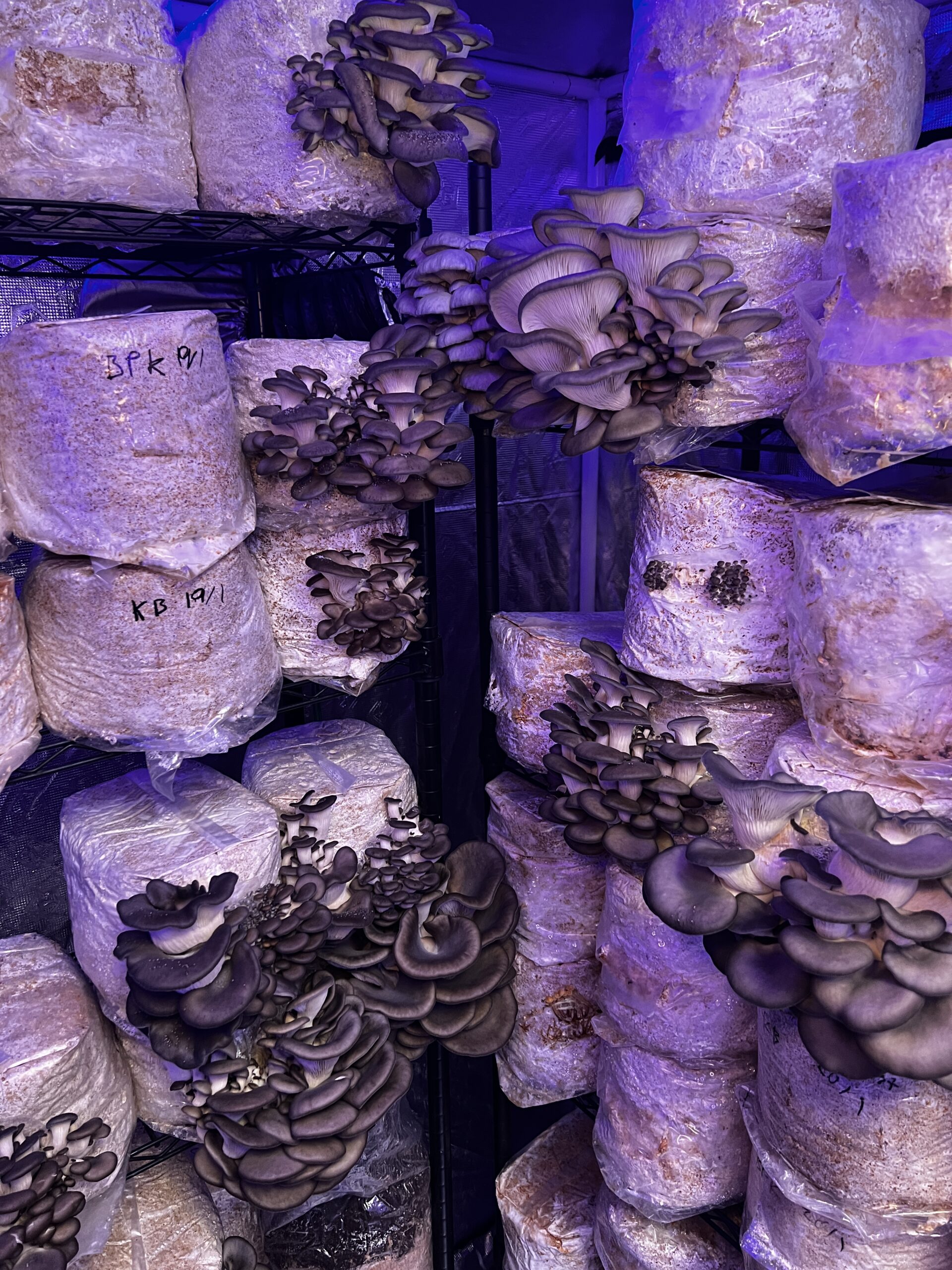 The key, they say is sterilisation, ensuring everything is completely clean and free of contaminants. It’s then up to their homemade ‘environments’ to provide the perfect temperature, humidity and conditions in which to grow.

It’s all been made possible with a rather close-nit community of mushroom growers and experts across the world, many of whom have always been keen to help the lads whilst learning their craft. 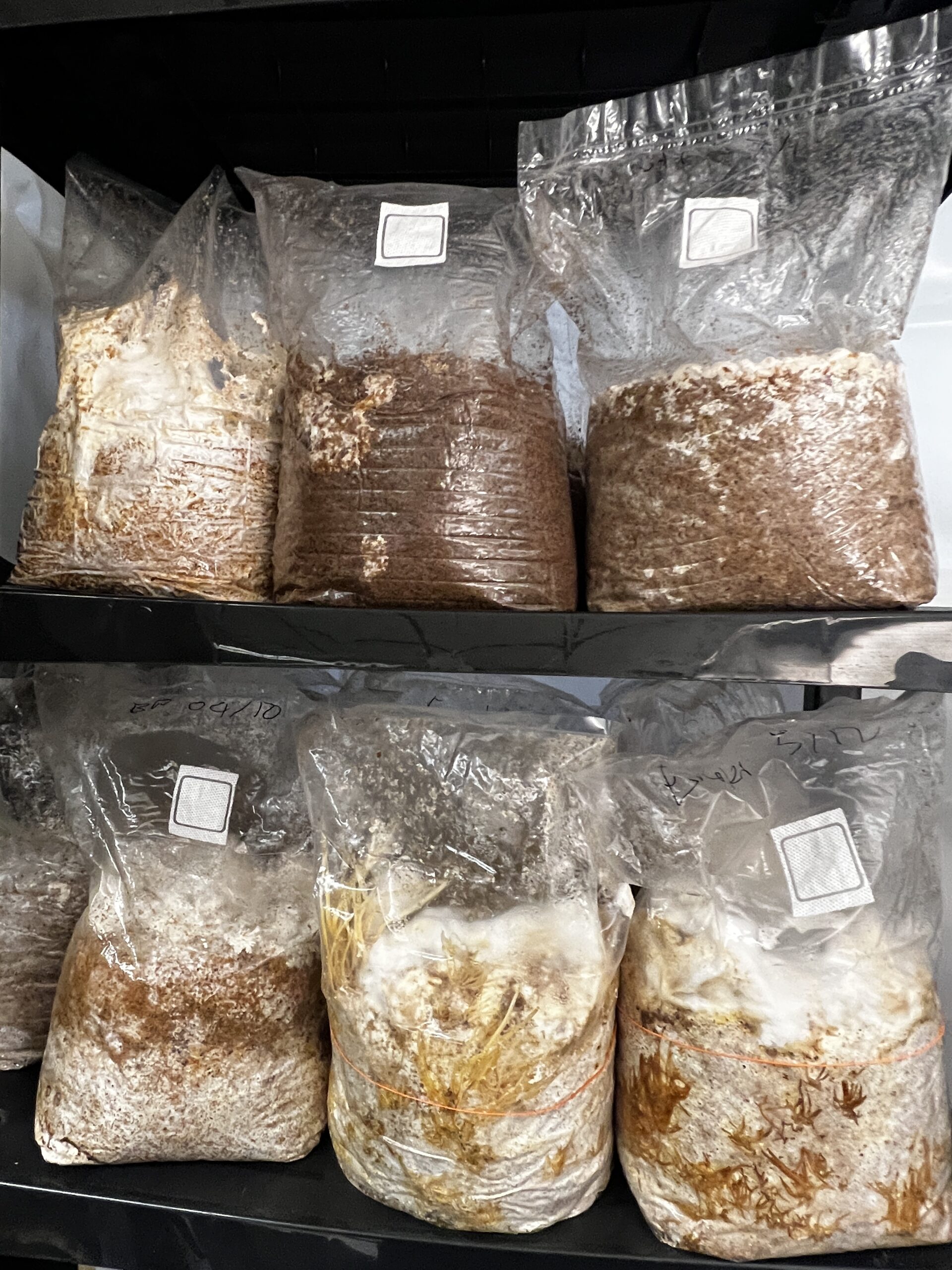 “There’s a guy called Gareth Archer, who you just need to ask him a question about mushrooms, no matter – he’ll answer it. He’s an encyclopaedia of mushroom knowledge, and just one of the many people who’ve helped us out over the last 6 months”

With an industry that’s still very much in its infancy, it’s this trial and error, and community that have really helped Dylan and Mike with their success, although they’ve found that’ve started to struggle recently with the level of ‘mushroom demand’ in the city. 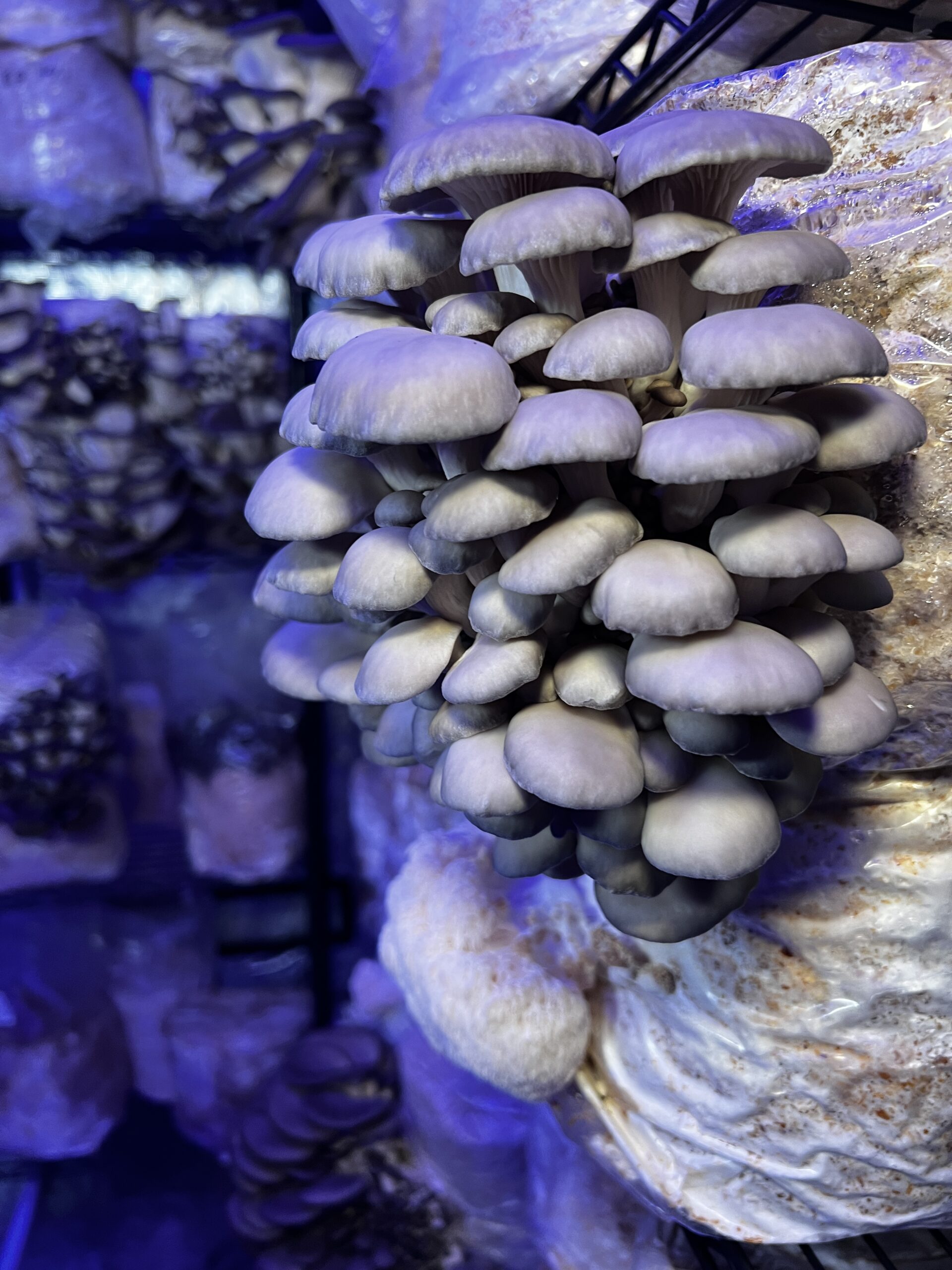 The last couple of months have seen them triple their capacity, and they’ll inevitably be looking to get some helpers in soon to assist not just with the growing, but also the delivery of their mushroom trays to some of the city’s best restaurants and shops.

At the moment they’re still supplying mushrooms to Where The Light Gets In, as well as The Embassy in Hale, The Creameries, Bernie’s Grocery Store and the new Sao Paulo Project pop-up at Blossom Street Social in Ancoats, plus more. 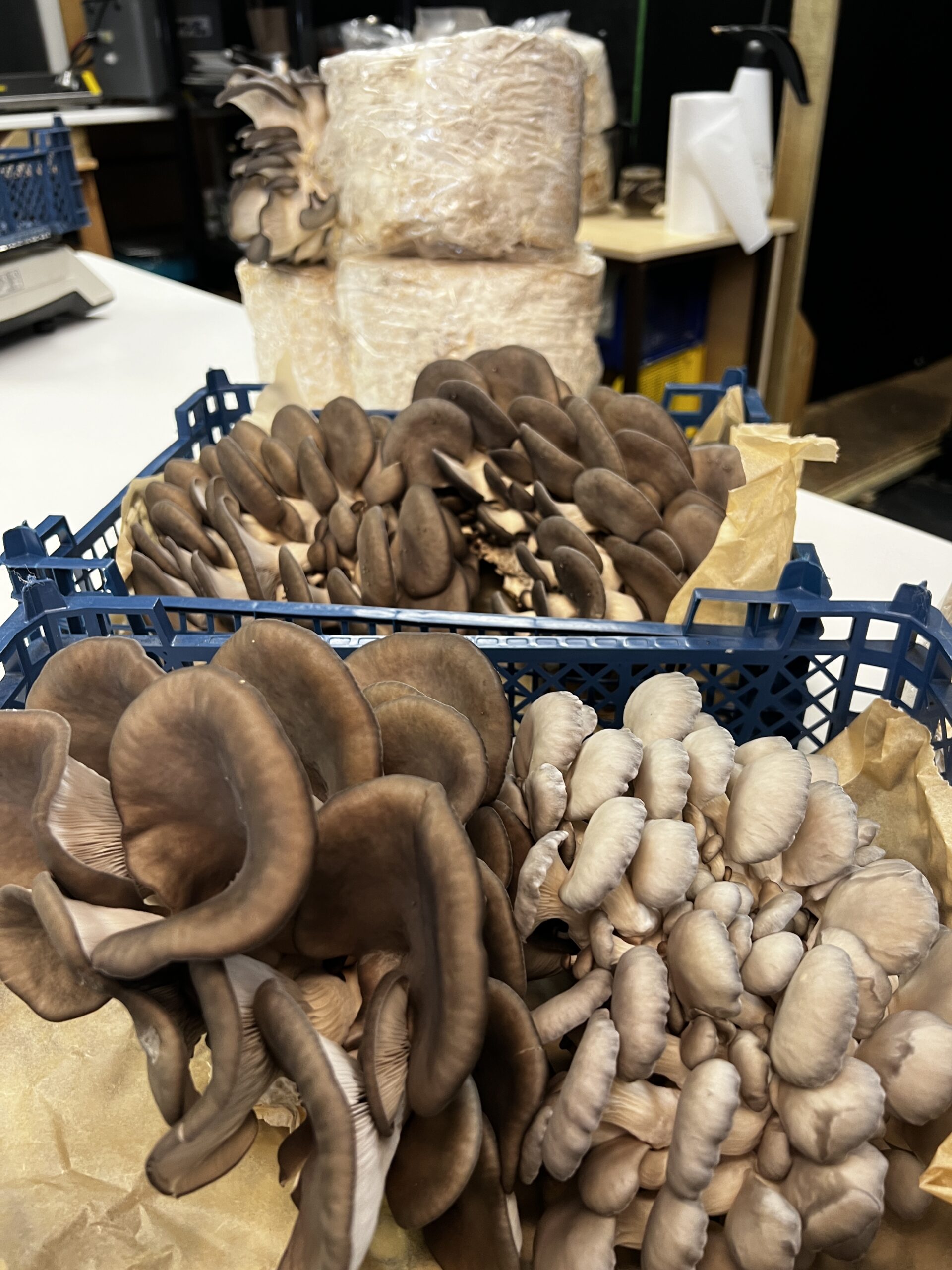 Much like their gorgeous ‘shrooms, the lads will continue to battle it out and grow – especially as the demand for local, organic and wild produce continues to rise at eateries across the city.

These little beauties (obviously) taste infinitely better than anything you’d get from a much larger farming project or ALDI – and as a result chefs have fully embraced their products with wide open arms. 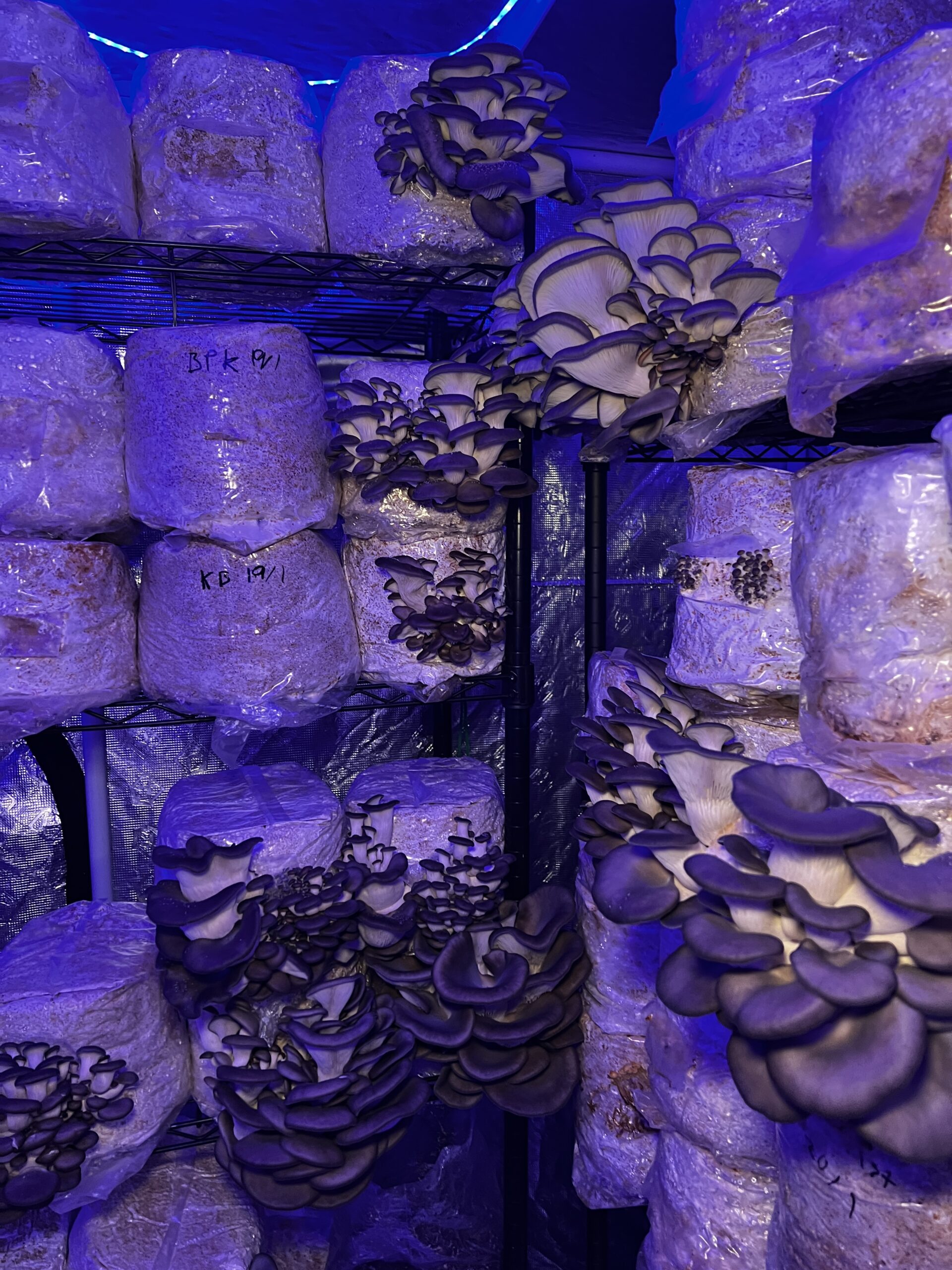 The Polyspore space, up on the top floor of a 100-year-old warehouse – with hundreds of mushrooms growing within a makeshift gazebo, was certainly eye-opening. We wish Dylan and Mike the best of luck with everything, and, if you get the chance – you need to try their mushrooms as soon as you can – I guarantee they’ll be the best you’ve ever had.

What’s Happening with HS2 in Manchester?!