The Goth Room, Sweat & Pot Noodles at 7am: What Happened to Jilly's Rockworld?

What a place this was! 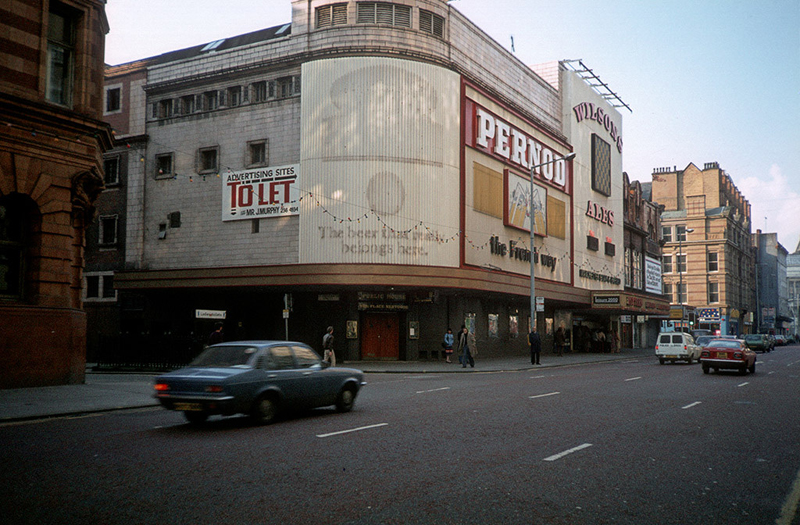 It might not seem like it now but that bit at the top of Oxford Road, between the Palace Theatre and the Central Library, used to be the main ‘strip’ for a proper night out in the city centre.

Now more commonly known as the ‘Burrito Mile’ (which I’ve just made up), this bit of Oxford Street (it doesn’t become a ‘road’ until the Medlock) was once home to Rotters, Club Tropicana, Tiffanys, Tommy Ducks was just around the corner and another place – Rafters – a venue where plenty of well-known bands played gigs in the 70s and 80s. 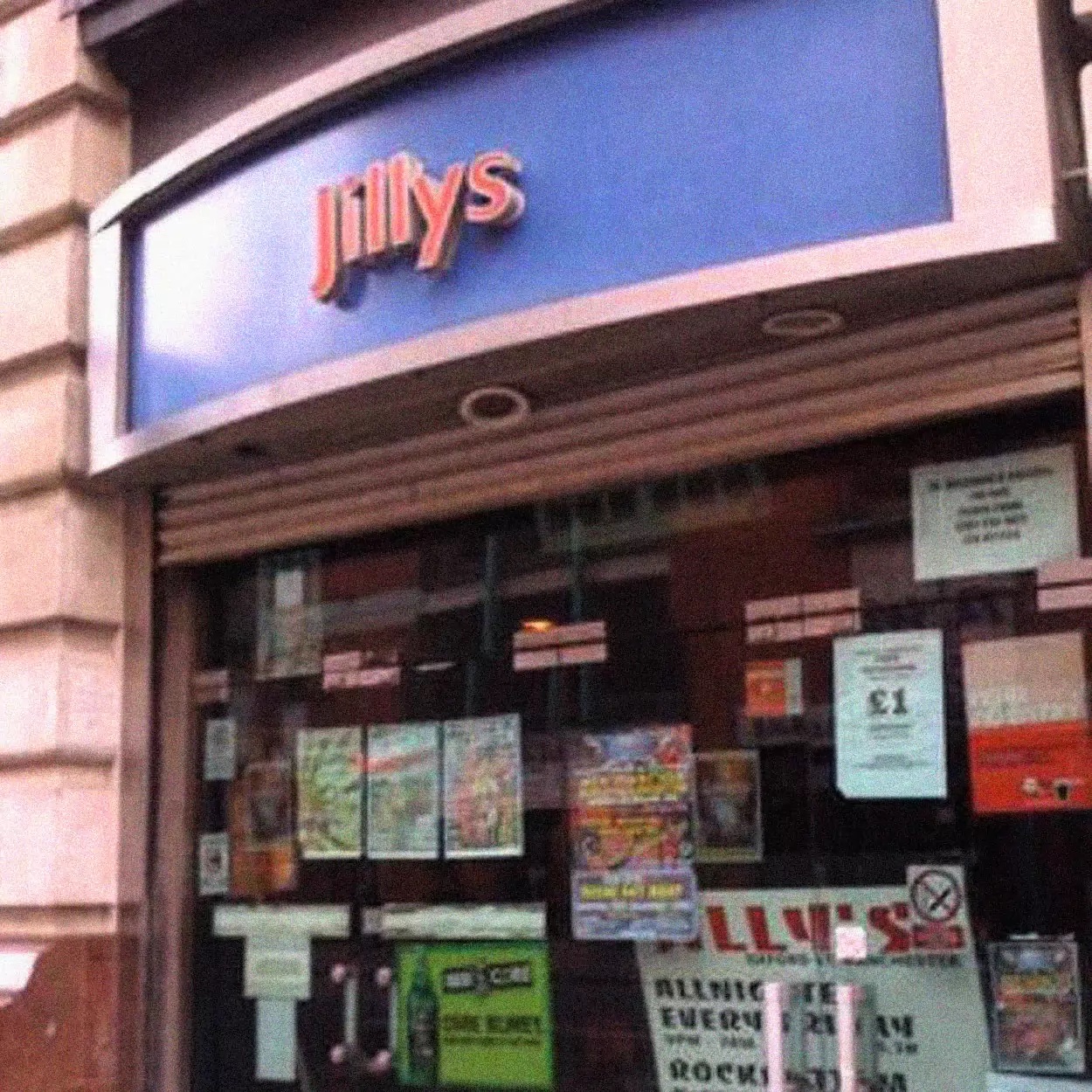 Rafters eventually became Fagins, which then became Jilly’s in 1983, and as all of the other late night venues closed down over the ensuing 15 years, it became the last bastion of booze, music and debauchery in an increasingly conservative and retail-orientated strip of the city.

For more than 20 years, before its eventual closure in 2010, Jilly’s Rockworld, as it became known, was a sweaty oasis for goths, rockers, skaters and punks, a subterranean club that offered up weekly nights of chaos and mascara-wearing madness.

From punk to metal to generic rock and/or roll, Rockworld was a den of top tunes and friendly faces, and it quickly became a Manchester institution and somewhere for those who found themselves on the fringes of society to go and let themselves go without fear. 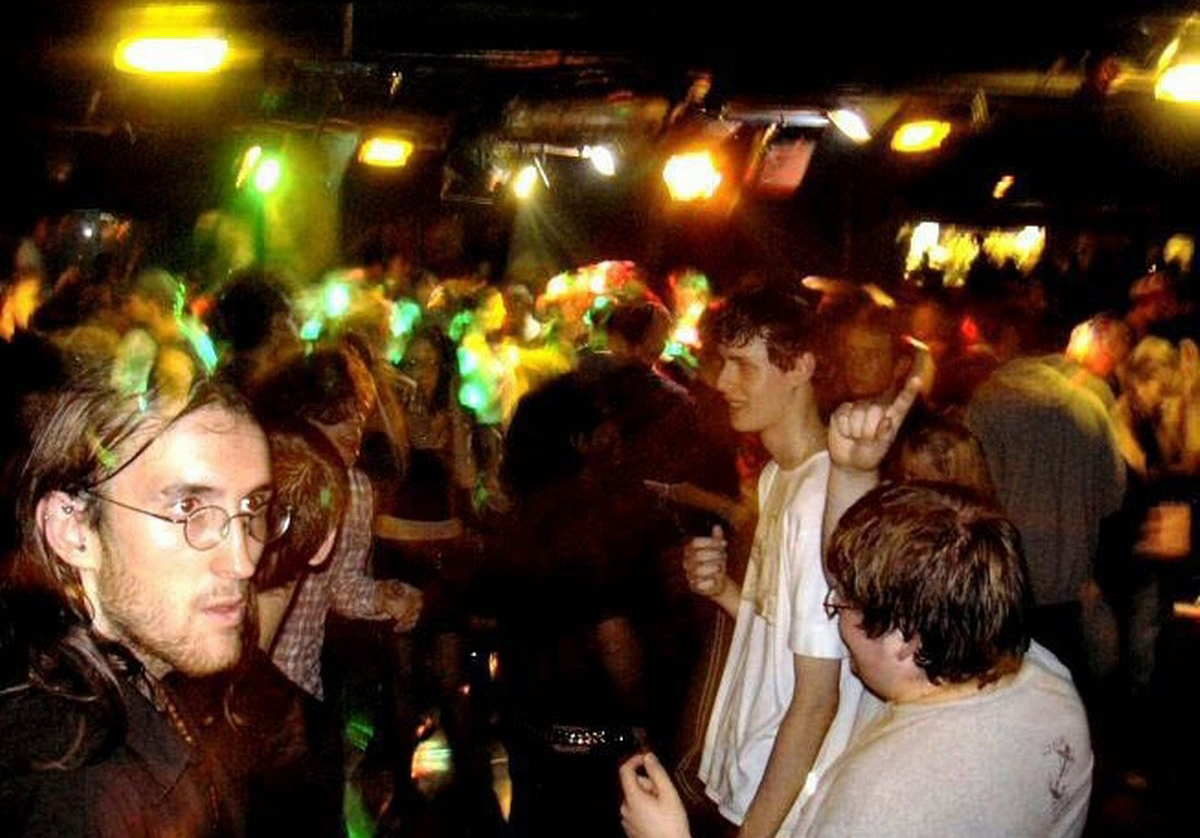 Whilst most other clubs in the city required you to wear your dad’s shirt, jeans and Burton loafers, Jilly’s was much more relaxed, and was all the more popular because of it.

The infamous ‘Goth Room‘ was a major highlight of the club, one which was initially located in the basement, largely segregated from everything else, but then moved upstairs when it was converted into another club called ‘Music Box’. The Goth vibes continued to flourish upstairs, with UV lights and glowsticks flailing around alongside punk, black eyeliner and DMs, until the club’s ultimate demise in 2010

I must admit that I only ever went in there a couple of time, around the 2003 mark – and I can’t really remember much. You could still smoke inside in them days, so walking aimlessly around the labyrinth of smoke-filled, sweaty rooms was a rather odd experience, but one that looking back now – is easy to miss immensely. 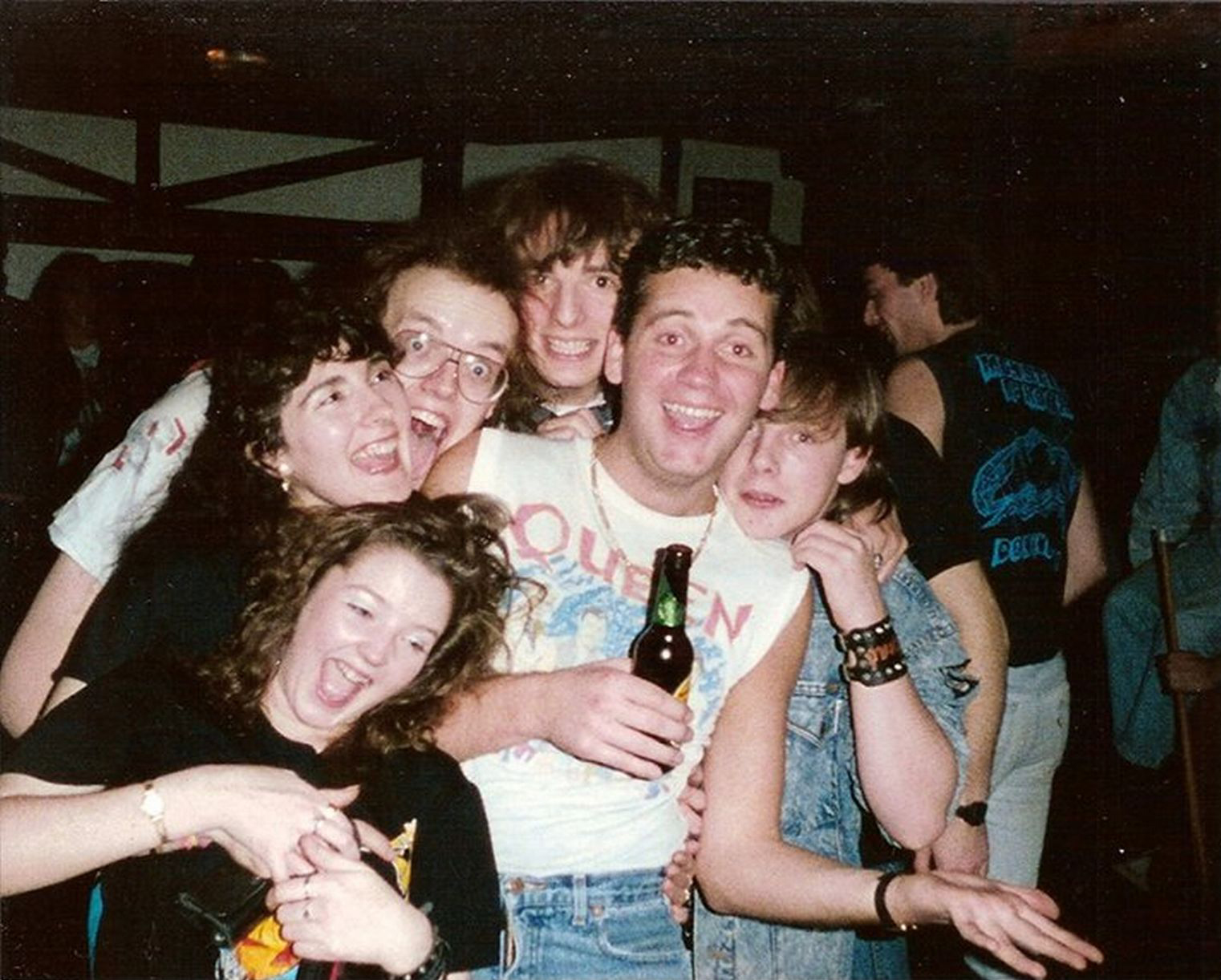 As with most clubs and pubs, once the smoking ban kicked in Jilly’s started to stink of BO and farts – although you couldn’t really blame this on the venue itself.

One of the most well-known nights at Jilly’s Rockworld was the infamous All Nighter, taking place every Friday until the ungodly hour of 7am. Many an early rising supermarket worker would witness a discovery of goths, punks and sweaty indie kids come pouring out of the seemingly innocuous doors, bright-eyed and looking for either a Full English Brekkie, a warm bed or someone’s flat for afters.

It was during these All Nighters when Jilly’s famously started selling Pot Noodles behind the bar – perfect for providing people with a welcome boost of carby energy to finish the night/morning off – and something that I wish more places would do. 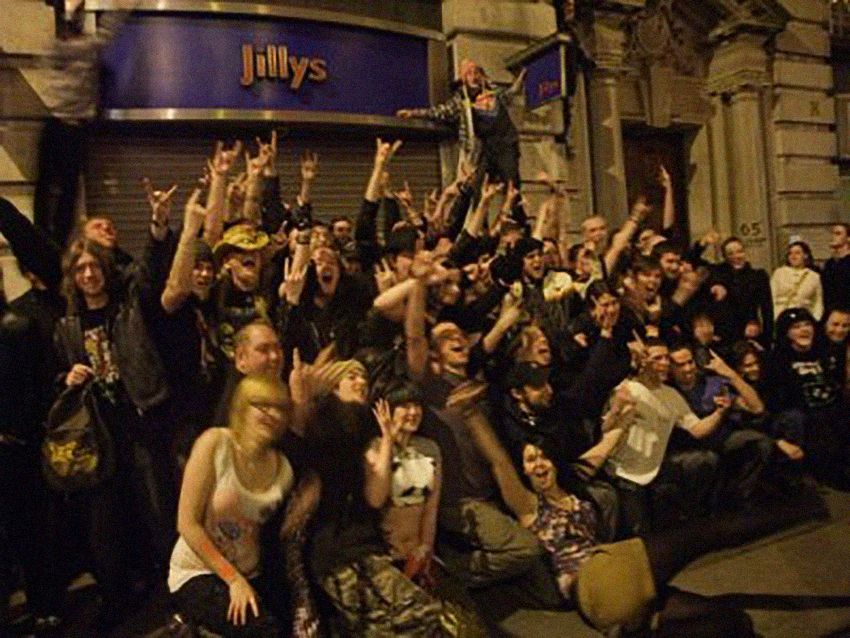 I remember a time when Fifth Avenue sold butties and The Ritz used to do Burgers and Chips – all horrible – but also very welcome during a pissed-up night out.

Later on in its existence, Jilly’s added an extra fourth room to their arsenal, an indie room to help compete with the likes of 42nd Street and Fifth Avenue just nearby.

However, unfortunately Jilly’s didn’t survive very long after that, with owner John Bagnall blaming the smoking ban and competition from new music venues as the reason why they were forced to close. A massive shame and a blow to the city’s night scene. 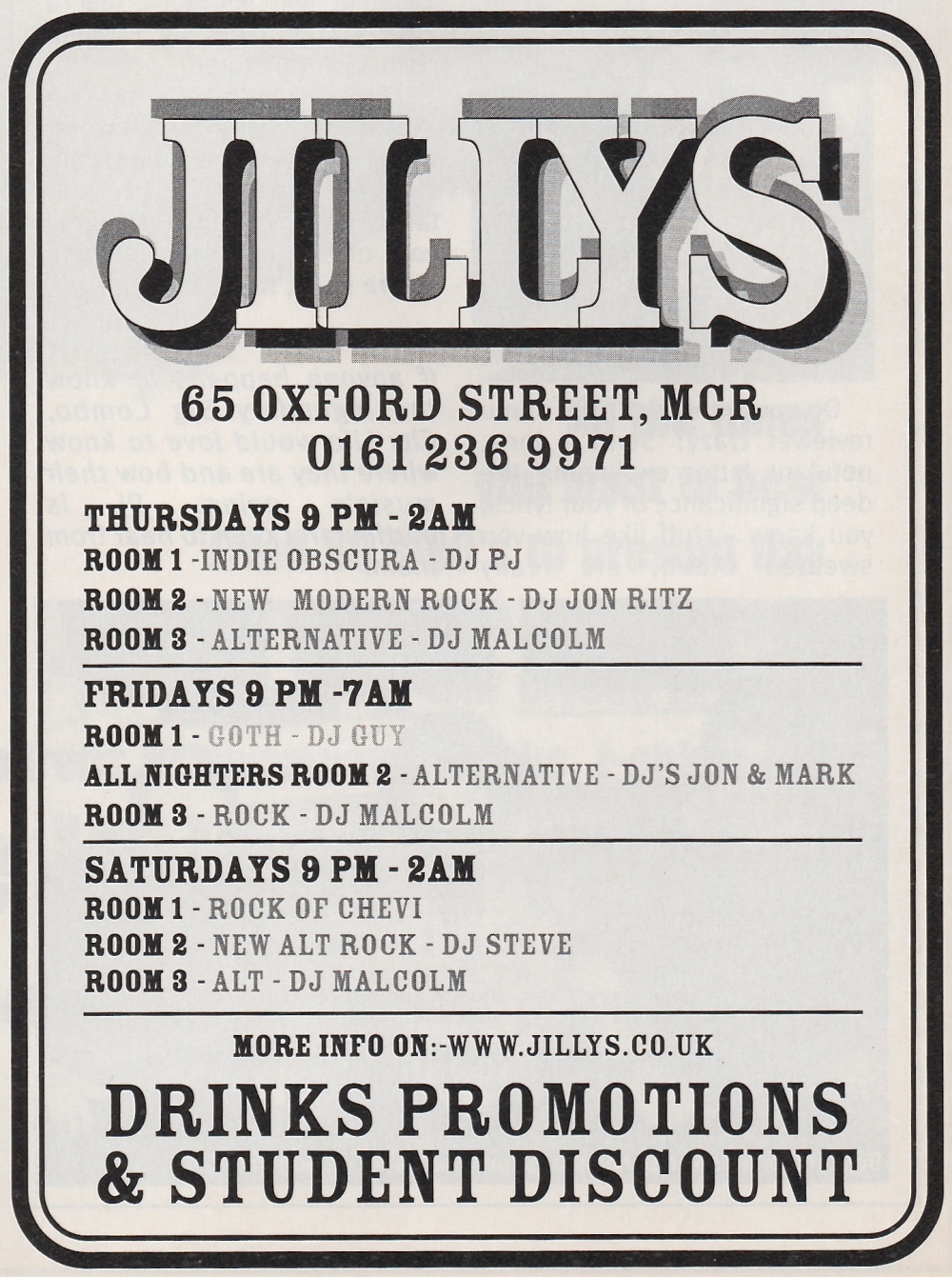 Jilly’s Rockword was so popular in fact that only last year a fella got on to his computer to bring it BACK – in a weird sort of Lawnmower Man / Matrix kind of way. Bored during lockdown, an old Jilly’s regular re-created the whole place in VR – including the club’s famous orange bogs, sick on the floor and the obligatory Pot Noodles behind the bar.

Jilly’s is now a Tesco – and not even a very good one at that. This part of the city, once a hotbed of night-time debauchery and music is now essentially a street of shops and the odd restaurant.

It’s great to see that Bundobust are opening up a new site just a few doors down from the old Jilly’s, but it seems nigh on impossible that there’ll be another venue as iconic, sweaty or as ground-breaking as Jilly’s any time soon.