This ain't no bog-standard busy roundabout... 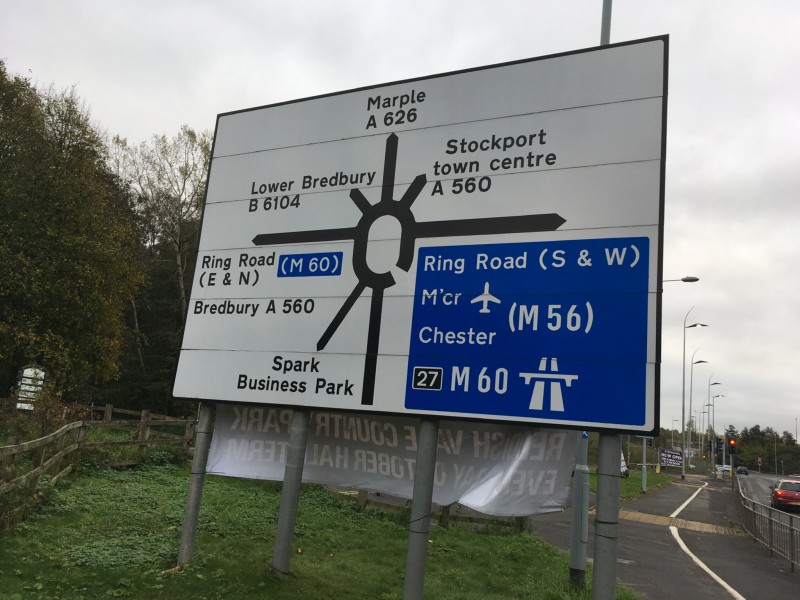 This isn’t a ‘magic’ roundabout that you might experience on CBBC or indeed in Swindon, this is a bog-standard traffic roundabout – seemingly non-descript and in Stockport. Well, apart from its size. 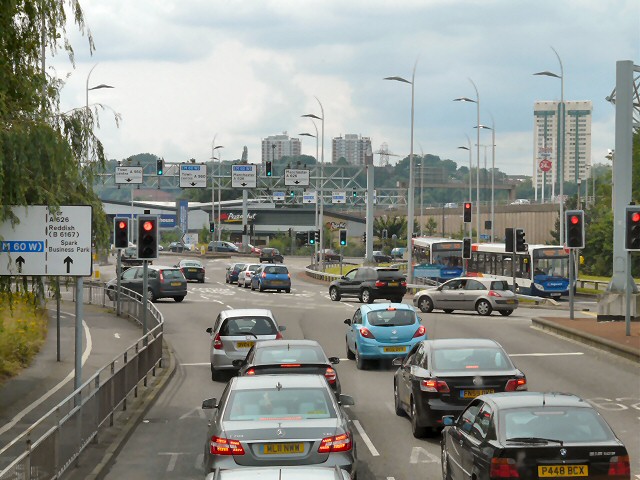 The Portwood roundabout in Stockport – the one right underneath the M60 next to the Tesco Extra, and known locally as “Mad Island” is absolutely massive – and this where Manchester’s Finest founder and Director Lee finds himself on a daily basis driving into the office.

Apparently there’s always a load of accidents around there, so whilst he’s sitting in his car, staring into space, he noticed that the bushes have recently been cut back – unveiling the reason why this particular roundabout is so big – and interestingly enough, it involves dead bodies! 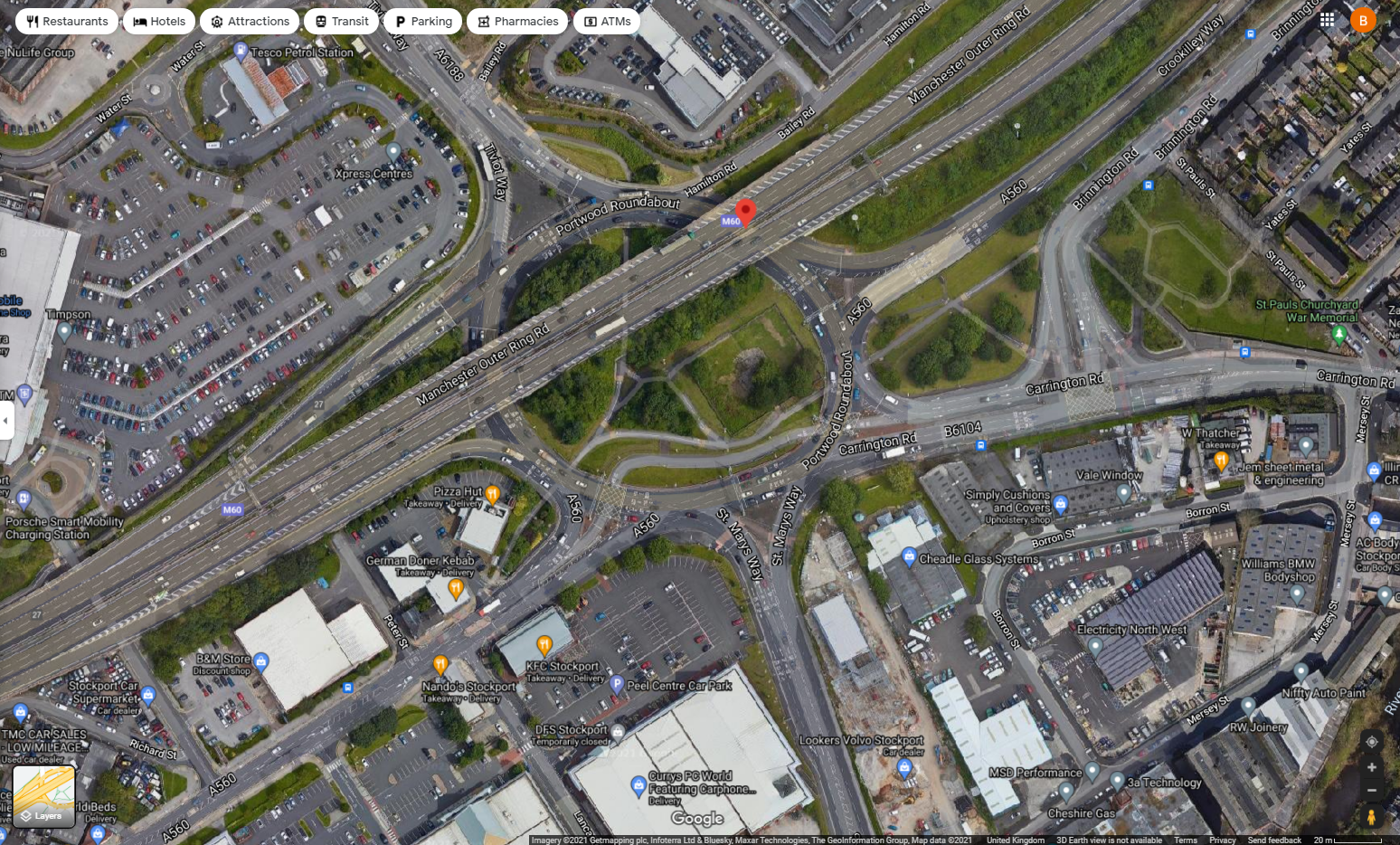 Take a look at the satellite view of Google Maps of the roundabout and you’ll see a rather prominent stone wall taking up more than a quarter of the space, the site of Brunswick Wesleyan Methodist Chapel that stood there from 1848 before being demolished in 1955.

Once the church was demolished, the gravestones were neglected and forgotten, in danger of falling over and so were removed for safekeeping. The site was quickly forgotten and just became a bit of wasteland in the centre of some considerable changes all around it. 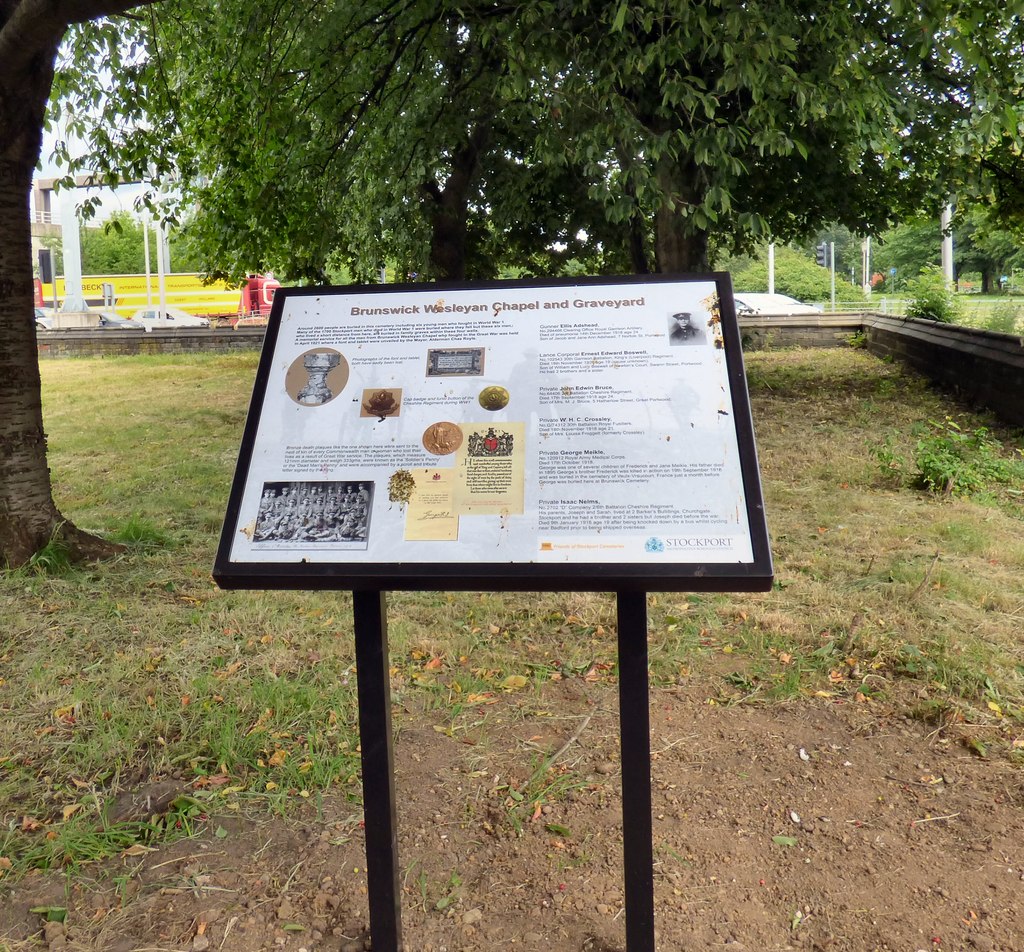 Initially built at a cost of £2530, the Gothic chapel was surrounded by a stone-walled graveyard, and for some time after opening had a thriving congregation of regulars. As a result, the Wesleyan Day & Sunday School was also built nearby on the opposite side of Great Portwood Street in 1868 to cope with demand from locals.

The grounds of the church though acted as a graveyard for well over 100 years, and as a result – there’s loads of bodies buried beneath the roundabout, something which you probably don’t think about when you’re stuck in traffic or whizzing past on your way to Nando’s. 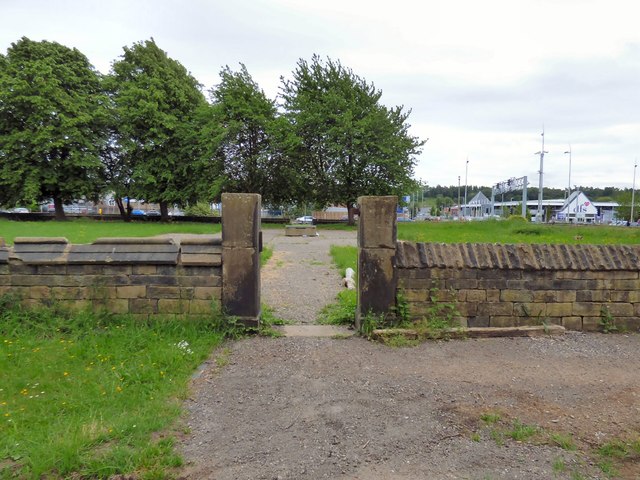 In fact, there are around 2600 people buried in the cemetery here, including six young men who fought in the First World War.

Sadly lost to time, a memorial service for all the men from Brunswick Wesleyan Chapel who fought in the Great War was held in April 1921 where a font and tablet were unveiled by the Mayor of Stockport. 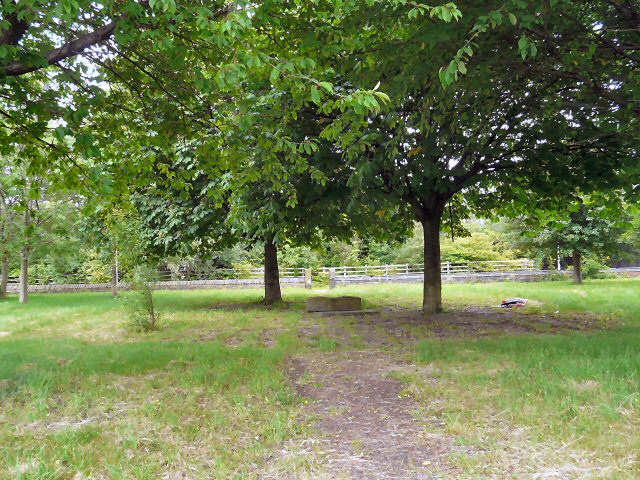 It’s sad to hear that all six of the men died right at the end or actually after the war had ended, with the youngest, Lance Corporeal Ernest Edward Boswell being only 19 years of age when he died on the 18th November 1920 – meaning he would have been fighting in the war at the age of 16 or 17!

All that is left of the site now is the original stone walls of the graveyard, and a stone epitaph in the middle which looks like it would be the perfect spot for murdering Aslan or sacrificing a lamb on the longest day of the year. 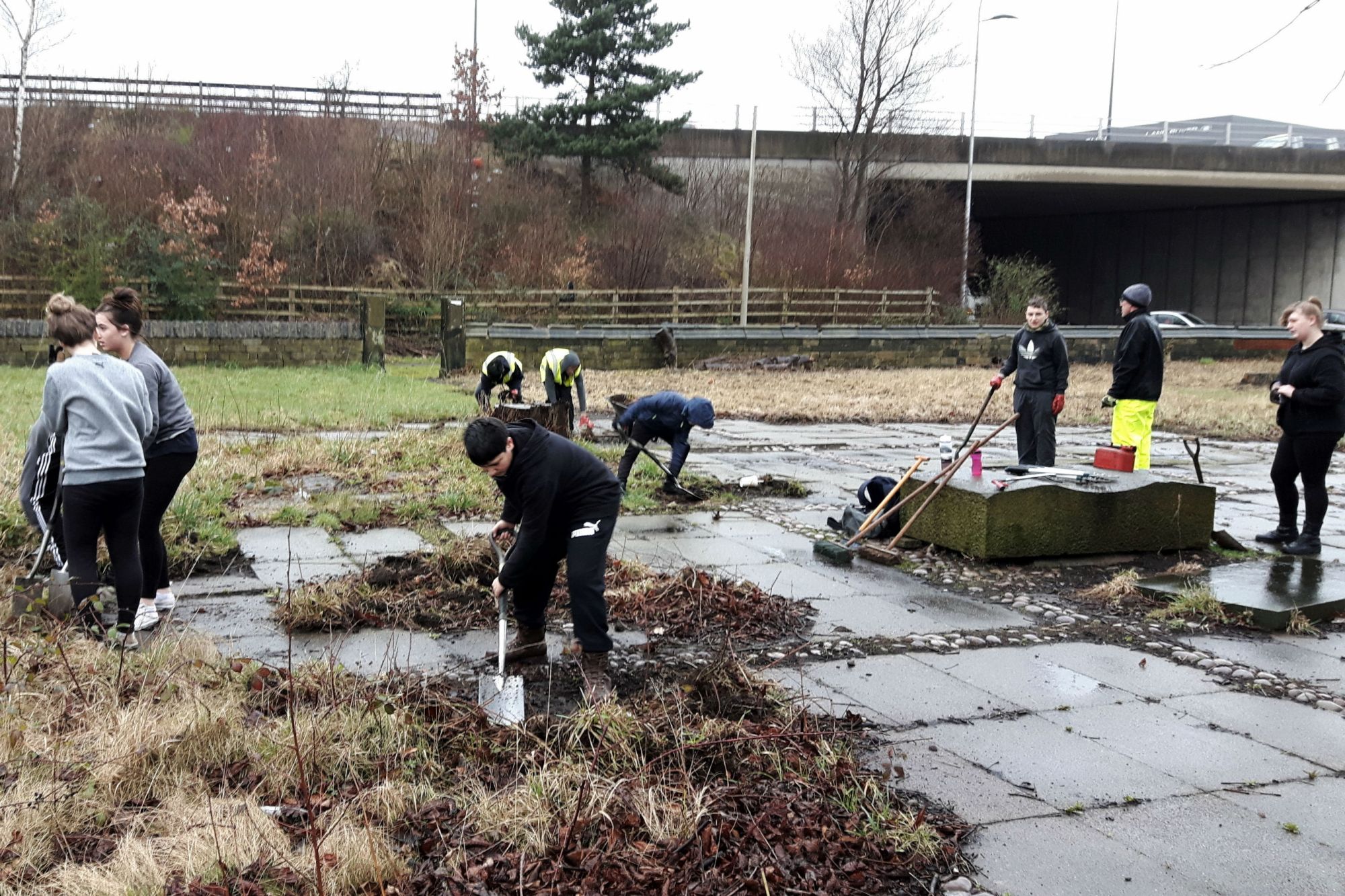 In recent years, Reddish and Stockport Cadets have unveiled long-term plans to clear the cemetery, and locate and restore the original headstones, with the Commonwealth War Graves Commission placing a memorial to the soldiers laid to rest there.

Many of the local cadets have been down, braced the rain and got stuck in at the site – and hopefully their plans come to fruition at some point in the near future.

But next time you’re in the area, going around that roundabout – think of this and the thousands of people buried under here. Not too much though – concentrate on your driving too.