Believe it or not, Manchester actually has it’s very own breed of dog, appropriately named the Manchester Terrier.

The black and tan coloured dog is a short-haired breed first bred back in the 19th century to control vermin – mostly rats – something this Cottonopolis city we call home had an abundance of.

The breed’s claim to fame was its use in the ‘sport’ called the Rat Pit, a popular pastime of 1800s folk that involved a 6-foot wide circular pit riddled with rats. Dogs were tipped in and timed to see how many rats they could catch and kill while dwellers placed gambled away their hard-earned shillings.

Rat Pits, as disgusting as they sound, were found in pretty much every large towns and cities, including a room in The Three Tuns pub on Chapel Street in Bolton. Also pretty popular at the time was hunting rabbits with small dogs. 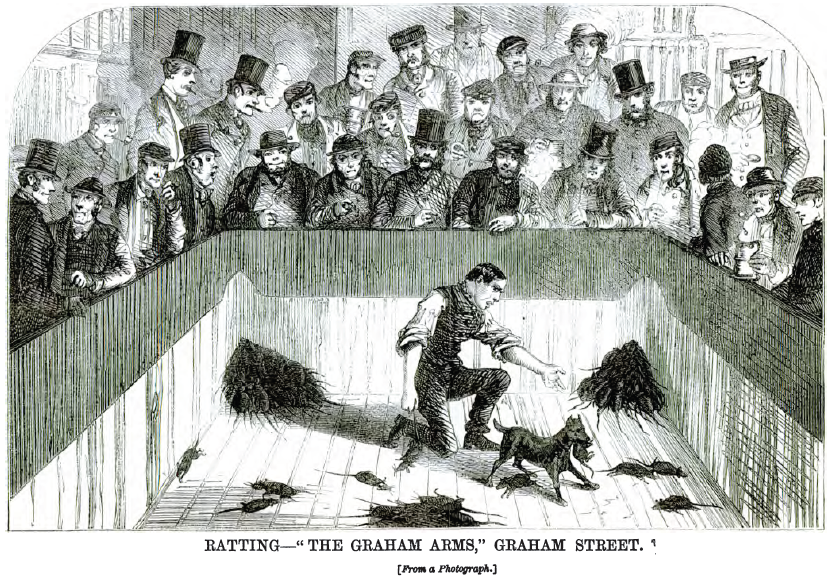 Manchester Terriers were used for pit-ratting in the 19th century

The in vogue past times gave John Hulme of Crumpsall the mighty idea to breed a famed dark brown winning terrier with a Whippet to create the ultimate rat-catching rabbit-hunting hound.

The dog would need to excel at the sport of rat baiting as well as rabbit coursing. So he took the two dogs that were already top of the class of each desired characteristic; a Whippet with better than 20/20 vision and a Black and Tan Terrier known for its rat killing capabilities.

There are rumours that the Manchester Terrier also had dachshunds and Italian Greyhounds introduced into the bloodline at some point in history but for the purpose of keeping the story simple, let’s forget about that. 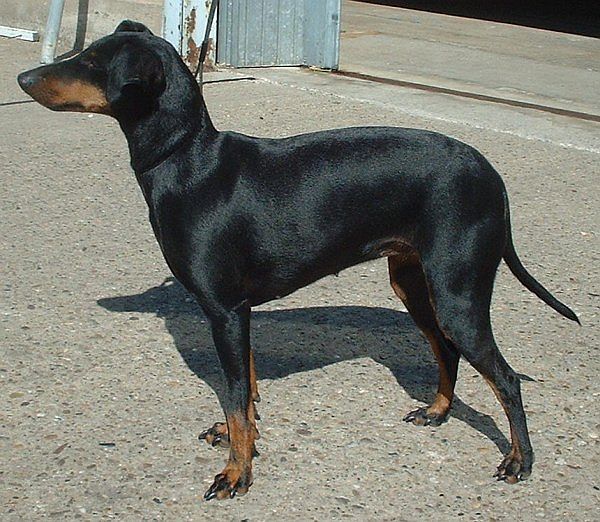 It was John Hulm along with Mr Lee, T. Swinburne and Joe Holt who together gradually brought a state of ‘perfection’ into the breed with steady and predictable colour, markings and type.

The feisty and affectionate breed often had their ears cropped to prevent damage from rats – this, however, became illegal in the 1890s and the breed declined.

However, the ears remain the main difference between the two different types of breed, standard and toy.

The toy terriers usually around 15 inches tall were desired by the women of Manchester at the time while the standard was favoured by men. That’s not to say the toy terriers were any less at catching rats; a five-pound toy terrier named Tiny killed 300 rats in 54 minutes and 50 seconds. 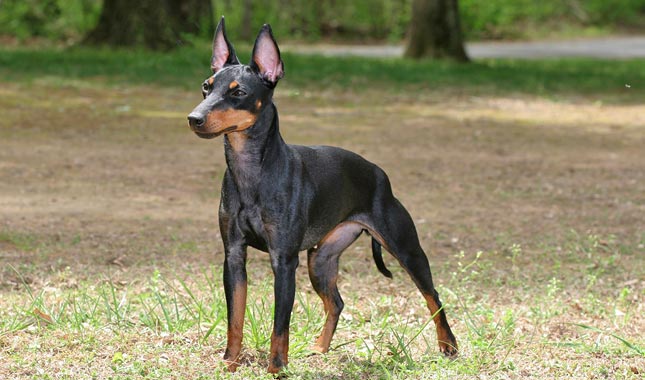 The sport eventually died out, like most gruesome things from the Victorian era and a good looking, faithful dog breed was left behind.

By the end of the Second World War there were only 11 Manchester Terriers registered with the Kennel Club and the breed was – and still is – classed as a vulnerable native breed. Just 164 births were registered in 2016 which is the most up to date data I could find.

Manchester’s best friend reached the height of its popularity in Victorian times where it got the nickname ‘Gentleman’s Terrier’, now though they’ve ended up pretty popular in America with a whole list of puppies looking for their forever homes on the American Kennel Club.

The Ancoats Duo bringing the World of Creps to the Community