A remarkable story of human dignity and courage in the face of the most appalling oppression and suffering is about to be unveiled in Manchester. 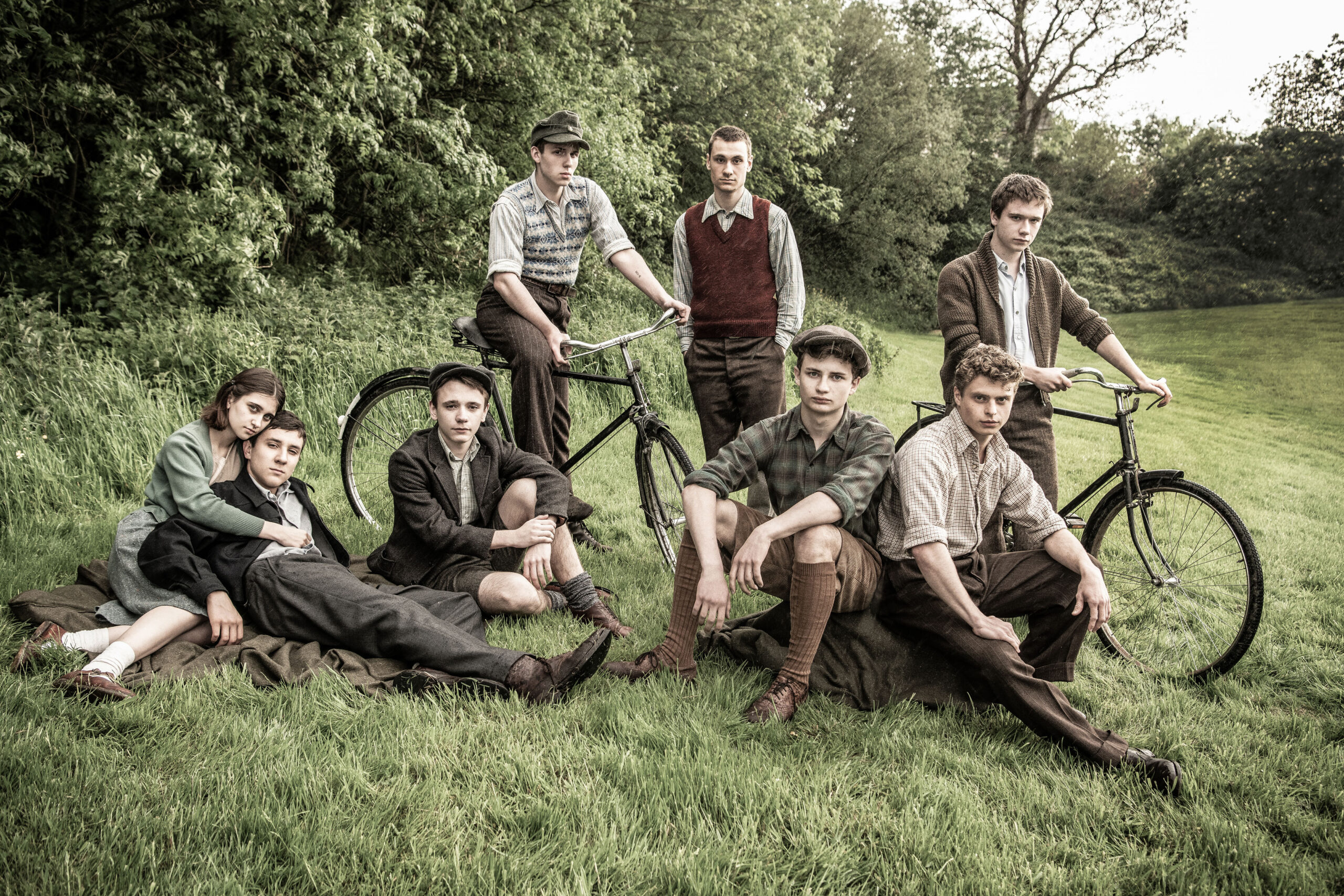 It is the lost journal of Marie Paneth who taught art therapy to the orphans of Auschwitz in the North West immediately after the war.

Paneth records, on a daily basis, how her lessons helped rebuild the shattered lives of 300 children flown to the UK after the concentration camp was liberated in 1945.

Her journal poignantly charts the heart-rending challenges she faced at the Calgarth Estate in Windermere where the children were housed. Many simply could not believe they’d been transplanted straight from the bleakness and horror of Auschwitz and Buchenwald to the beautiful valleys and mountains of the Lake District. 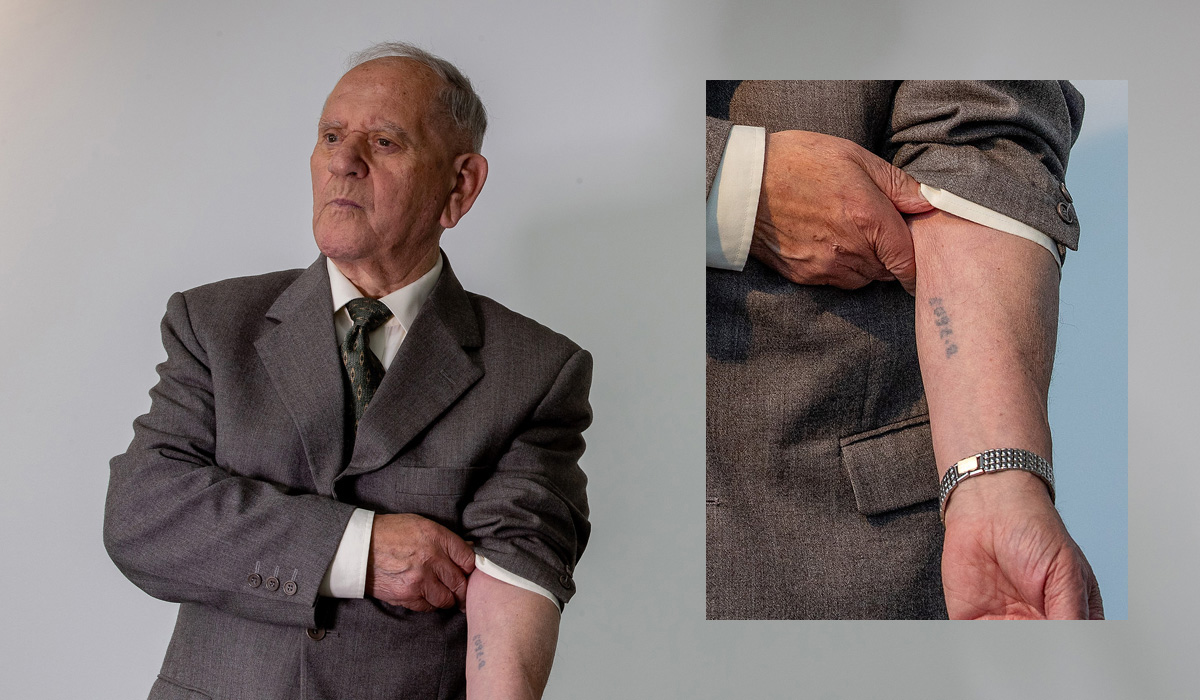 Neither could they comprehend the warmth and welcome of ordinary British people after years of unremitting persecution at the hands of the Nazis.

It is perhaps best described by one of the children, Polish Jew Arek Hersh, who was 15 when he arrived at Calgarth in the summer of 1945. He later moved to Manchester. “It was as if we had been taken to another world,” he said.

“A friendly world, a beautiful world. After everything we’d been through, we could not believe it.”

Paneth’s journal was only recently rediscovered in the US Library of Congress during research for the 2020 feature film The Windermere Children. Now it is to be published in December under the title Rock the Cradle by 2nd Generation, a division of Manchester publishers iNostalgia. 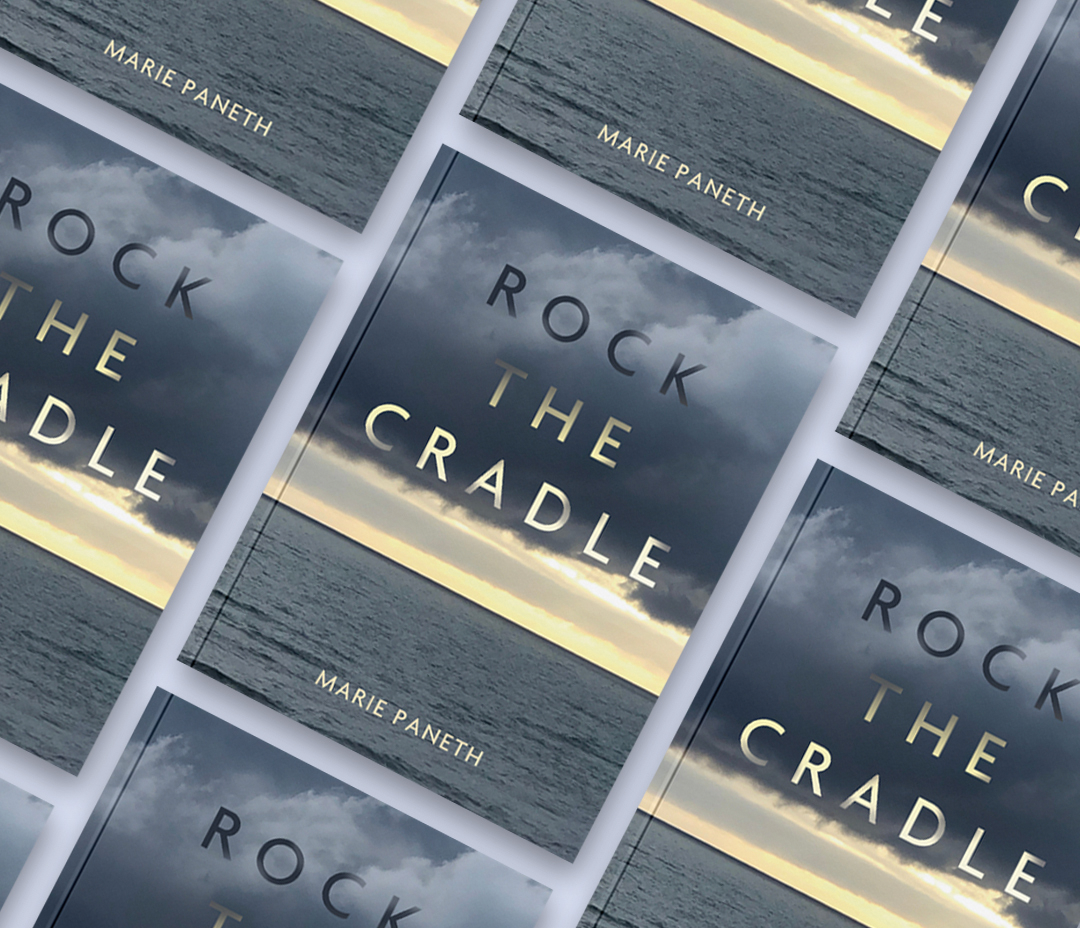 The name Rock the Cradle reflects Paneth’s belief that the character and resilience of children is formed by the unshakeable bond formed with their families from the cradle. The Auschwitz children were denied that bond in the most brutal way. Paneth and the rest of the dedicated staff at Calgarth would do their utmost to try to rebuild it.

The children were flown on converted Stirling bombers from Prague in 1945 when their parents and families could not be traced. They were resettled in buildings that once housed workers at the nearby Short’s flying boat factory at White Cross Bay on the shores of Windermere. 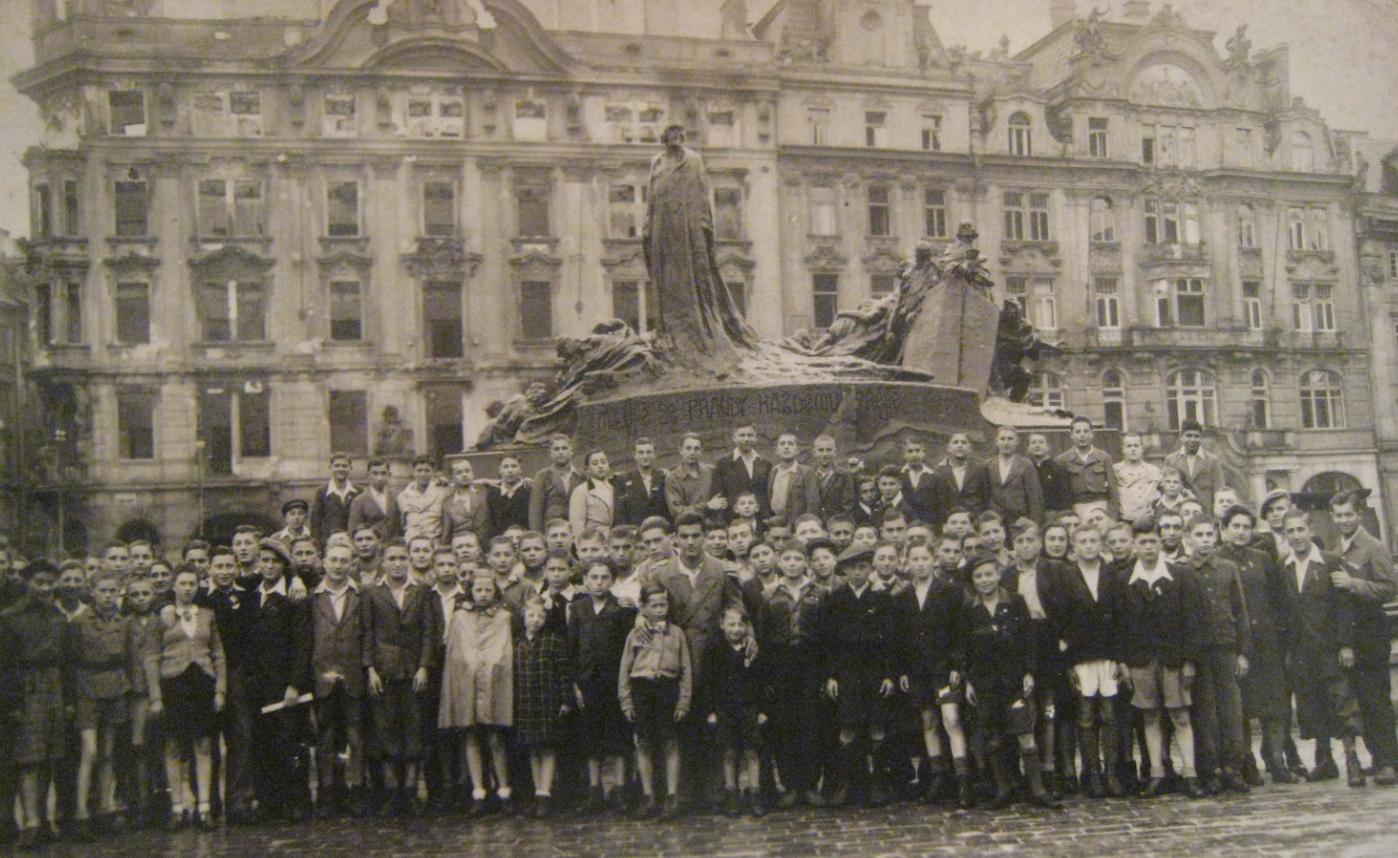 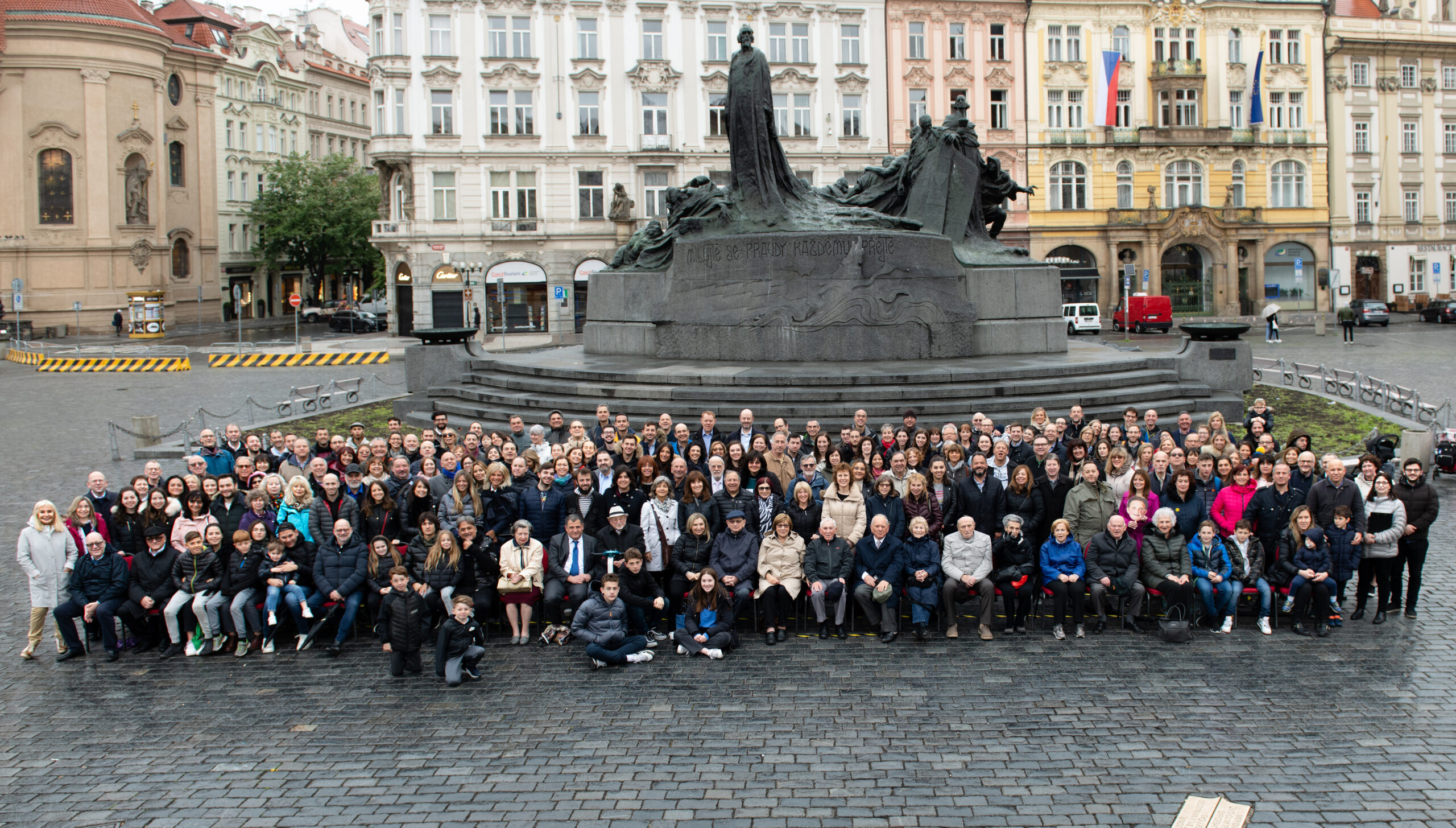 Arek said they all felt completely alone and lost, but were grateful to have their own rooms after the horrific overcrowding in the Auschwitz barracks.

“It was so difficult when we arrived. We could only speak Polish and German – so we were desperate to learn English,” he said.

Arek revealed that the clothes they were given by the Red Cross were far too big as the children’s growth had been stunted through years of malnutrition. He had to spend the first three days at Calgarth in his underwear. 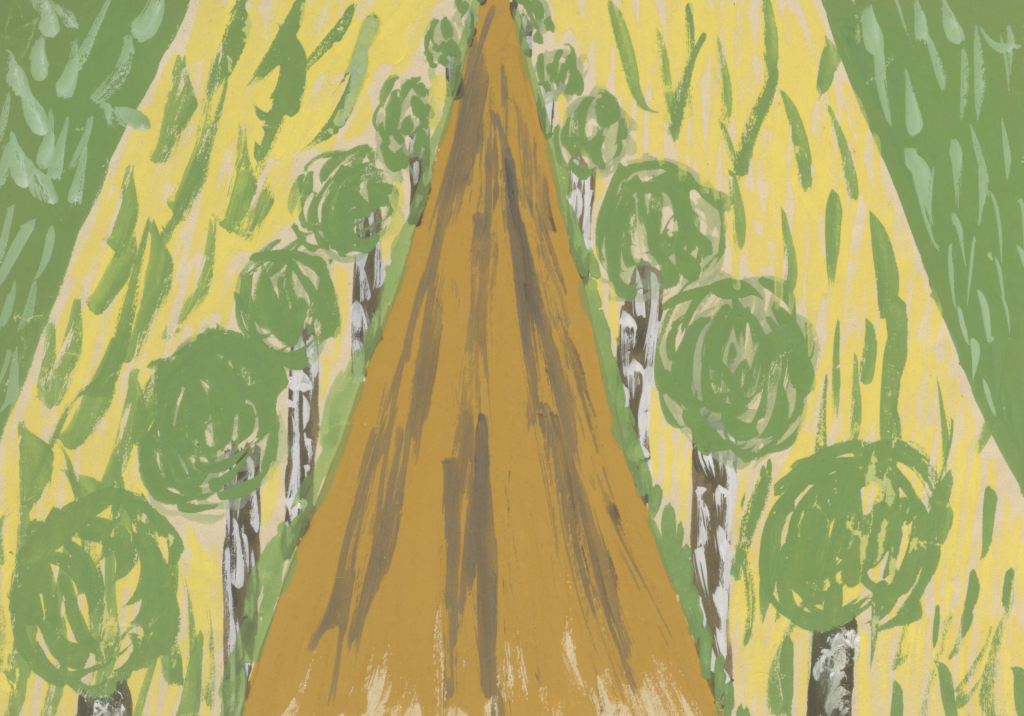 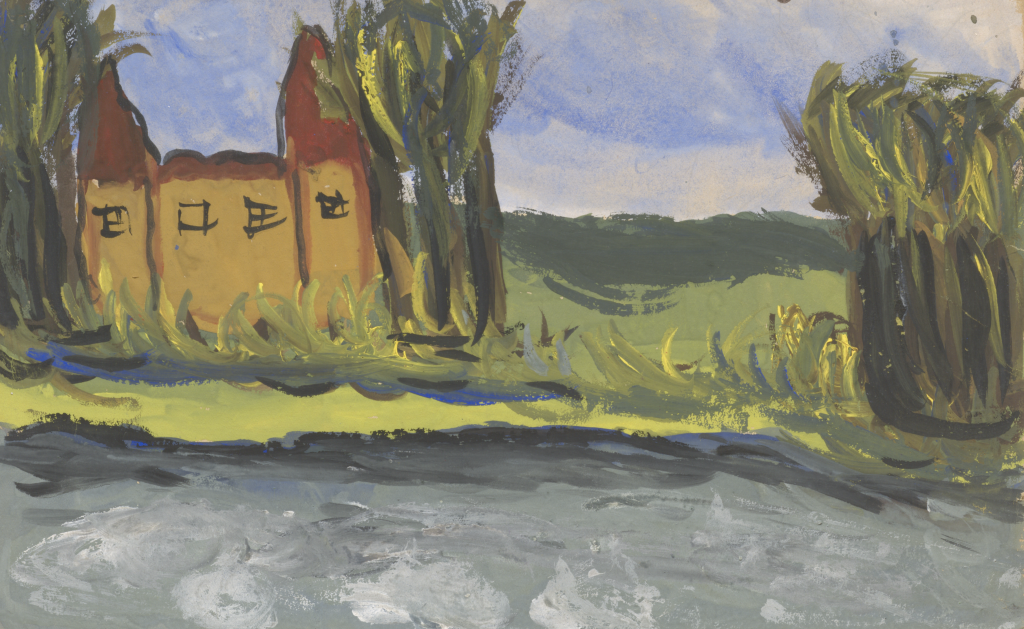 The children were slightly in awe of Marie Paneth. Standing more than 6ft tall, she was a woman of great intellect and physical presence who mingled with the cleverest minds in Vienna and New York before the war. She corresponded with Sigmund Freud and worked with renowned child psychologist Heinz Hartmann before teaching art to children in the London Blitz of the 1940s.

Rock the Cradle includes some of the actual paintings created by the children Paneth taught in Windermere – trees with blue and red leaves because anything green could not be imagined in the greyness of Auschwitz.

Many of the children painted secondary ‘ghost’ images or ‘negatives’ of the pictures they created as they could not trust the present or the future, such was their ingrained doubt and despair. 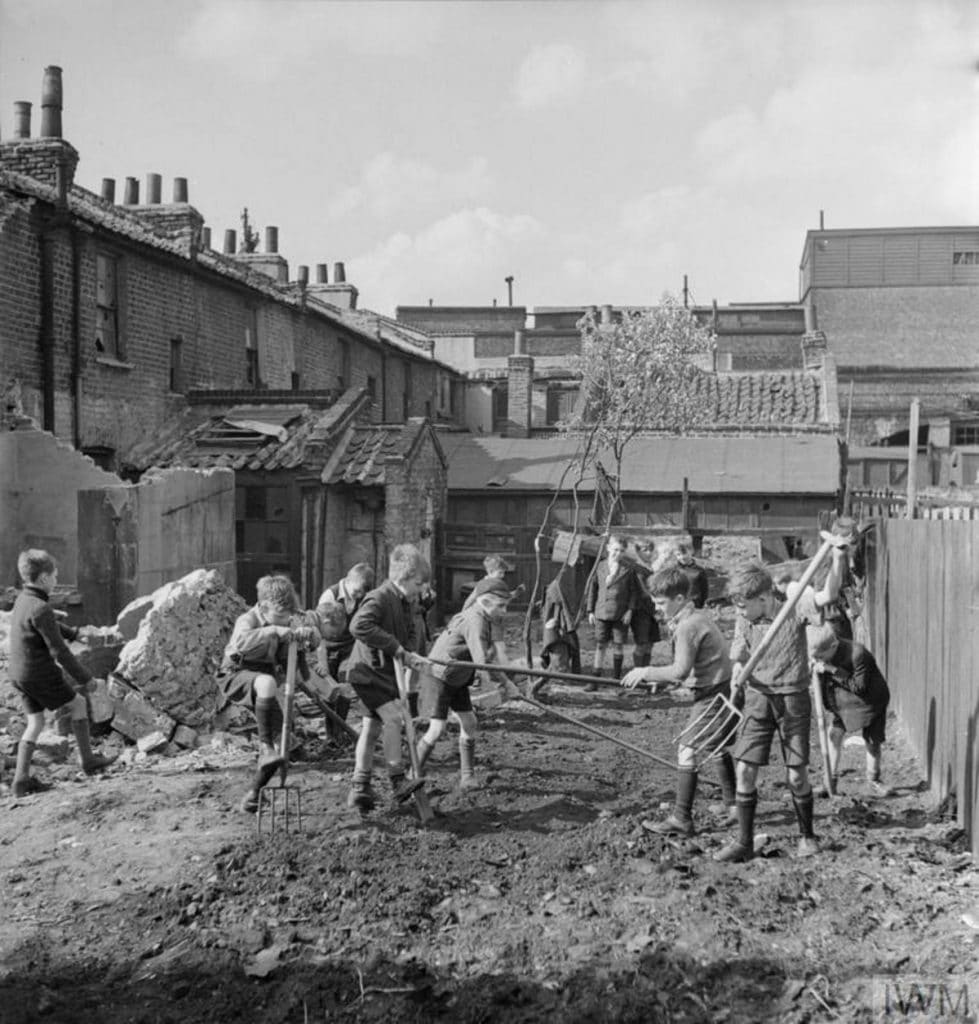 It is the little things Paneth recalls about the children that are so poignant. They were usually late for lessons because everything under the Nazis had to be done to the whistle. They revelled in the freedom of being tardy.

And they washed – even showered – as often as possible. When asked why, they said any kind of spot or imperfection in Auschwitz could have been mistaken for illness – and that would have meant instant execution.

Born in Sieradz in central Poland, Arek was taken to a camp in Poznan at the age of 11. He remembers getting a job cleaning the commandant’s office. He was then sent to the Lodz ghetto, where he was taken in by a woman who worked in a kitchen. He was there for about two years, but at least he had food.

Then he was transported to Auschwitz. Arek was 14 but lied that he was 17 to be accepted for work and avoid being killed. He was at the concentration camp for seven months. 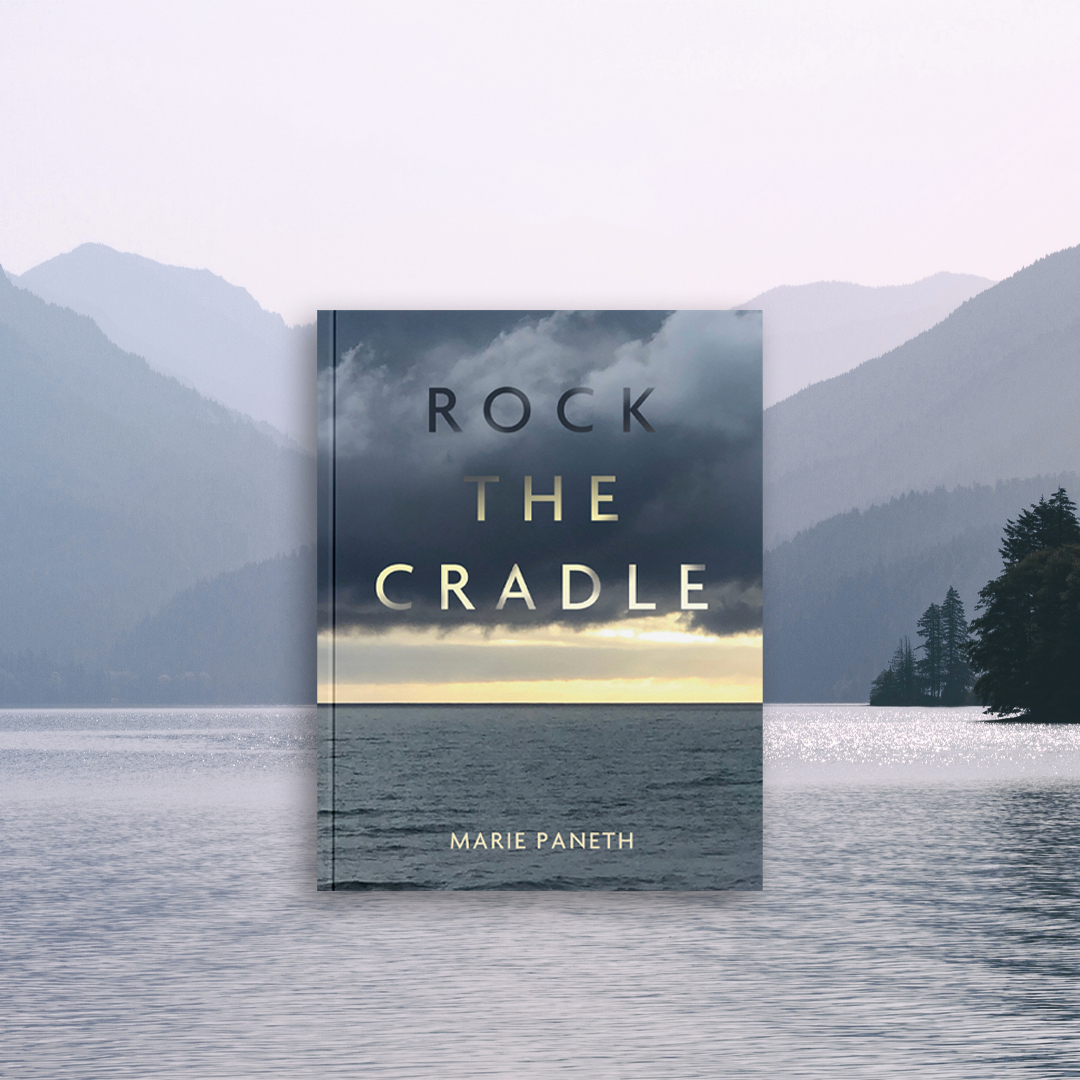 One of his most vivid memories was the terrible sight of smoke continuously rising from the gas chambers and ovens.

In January 1945 he was transferred to Buchenwald and then to the Theresienstadt resettlement centre after Russian troops liberated the concentration camp. He was flown to Carlisle and on to Calgarth.

He remembers going to Paneth’s art class to learn English “as much as anything else”. After Calgarth, Arek and another 18-20 boys stayed at a hostel in Singleton Road, Prestwich, for about 10 months.

He worked as an electrician’s apprentice and in hosiery before moving to Leeds where he went into property management and letting. Arek married and has three daughters. He still lives in Leeds, where his spirit shines as bright and undiminished as ever.

Rock the Cradle is now available for pre-order on the iNostalgia website at the introductory price of £9.99 plus postage and packing. Its publication date is December 3rd.

30 Years of Storytelling: The sights and smells of regeneration Manchester