The Real Story of the Family behind Withy Groves Stores

It's your favourite city centre oddity - and we've found the story behind it - from the family that own it... 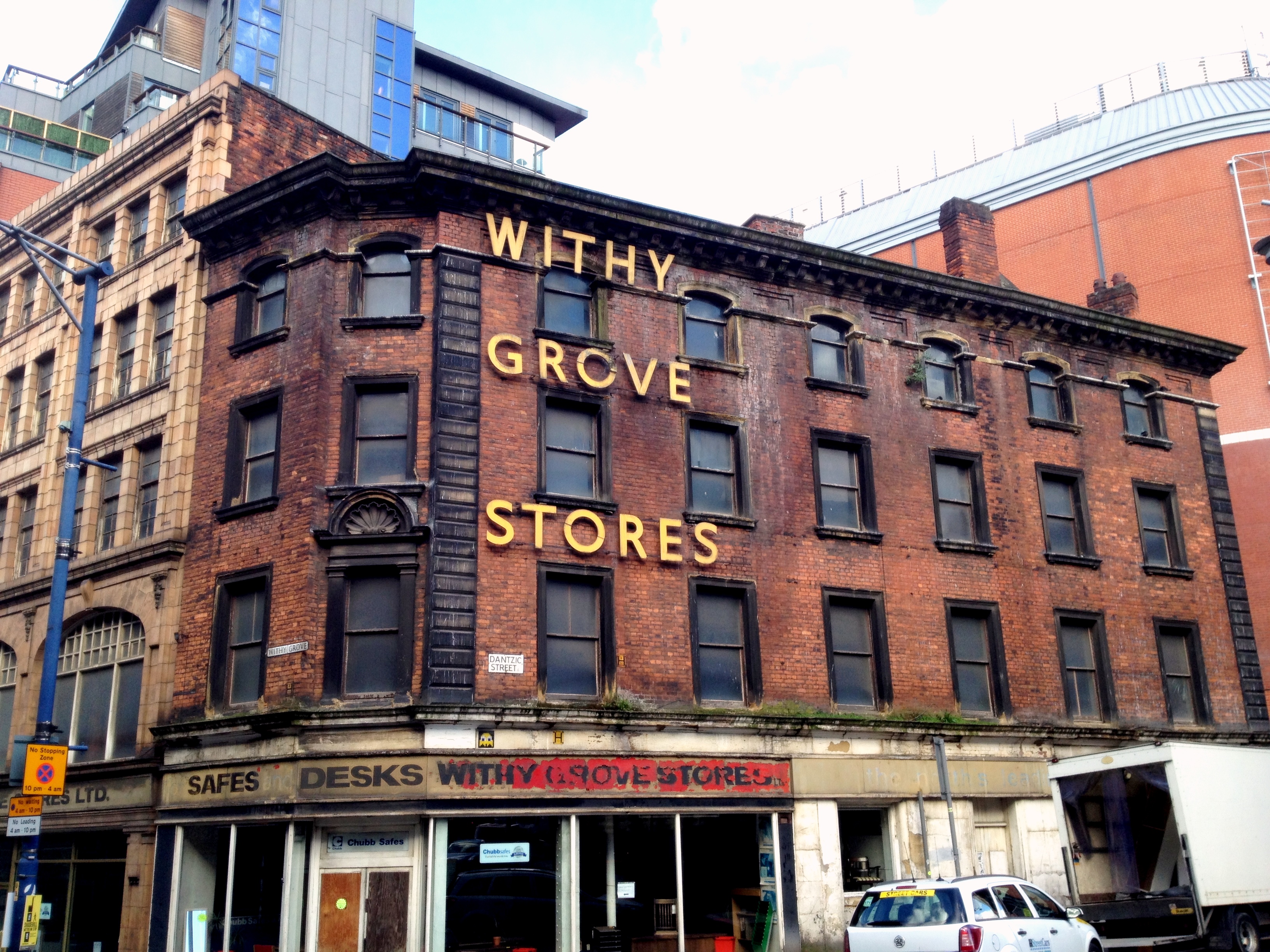 A couple of years back I wrote the following piece on one of Manchester’s most famous oddities – Withy Grove Stores round the back of The Printworks.

It’s been there for years, looks like it hasn’t been touched since the 70s and there are people out there who think it’s some sort of front for some kind of illicit activity.

Well, this week saw a certain John R. Solomon get in touch after reading the piece, a man who is a member of the family that own the store on Withy Groves, and was involved in the family business until the mid-80s.

As is usually the case with these things, he’s corrected some errors and managed to set the record straight on the family and the business that intrigues so many Mancunians on a daily basis.

In my original piece I state that the company was set up in 1799 by a certain John R. Solomon, but considering the fact that this man emailed me this week – this mustn’t be the case. I’m not sure 200 year olds can use GMail when even my 64 year old mother struggles with it. 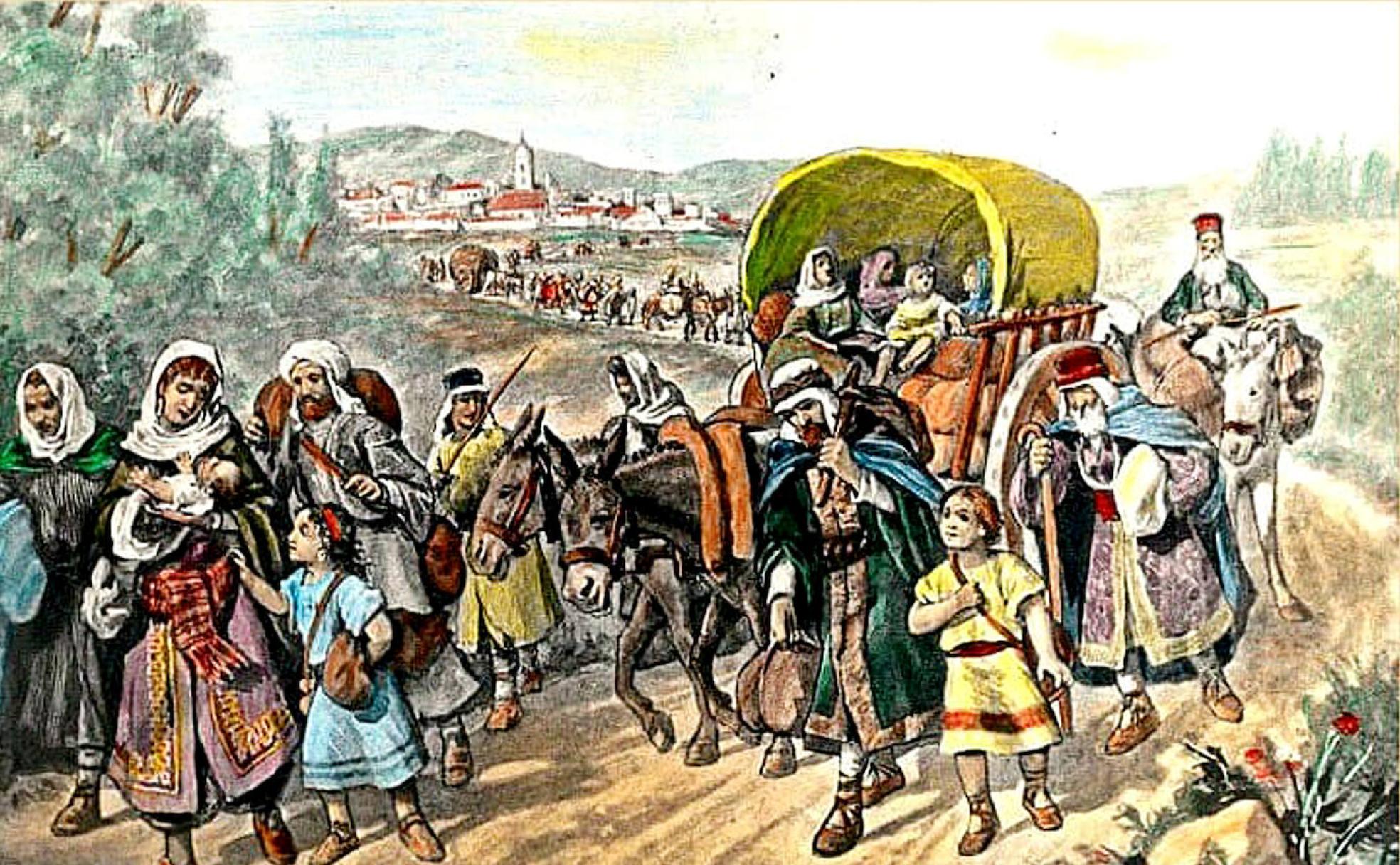 The actual story is that the Solomon family were expelled from Spain all the way back in the 1490’s, following the Alhambra Decree that forced the Jewish population to either leave or be ‘converted’ to Christianity.

Subsequently travelling through Europe to Amsterdam, they worked as cabinet, furniture and chest makers – with the chests eventually becoming their main source of income, being sold to the thousands of ships’ captains that would depart from the docks to explore the New World as part of the Dutch East India Company.

To improve the security on these chests, metal corners were used, as well as steel locks, which started the family’s transition into the world of safes. The family travelled to England in the early 1730’s and eventually arrived in Liverpool, where they started to supply the ships within the busy port. A genius touch of foresight – the family would eventually see 40% of all global trade passing through the docks by the beginning of the 1800s. 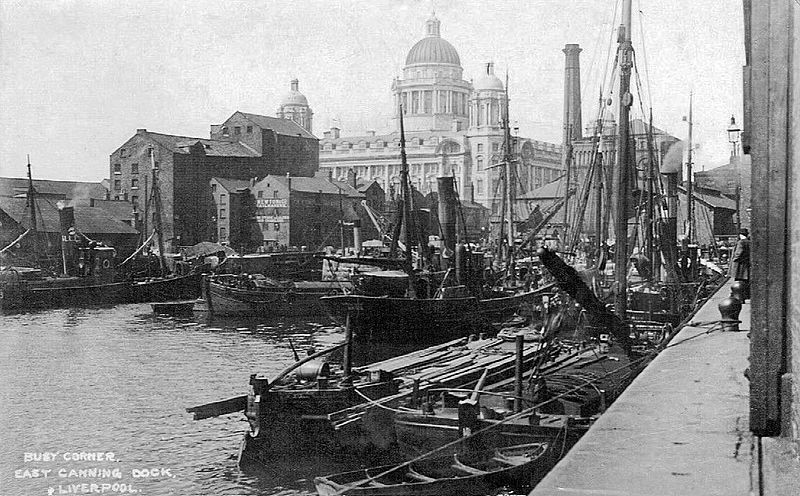 By 1799 the Solomon’s purchased a safe company called Richmond Safe Co. and moved most of the family to Manchester, leaving the eldest son in Liverpool (John’s grandfather) to look after the business.

Of the children that moved to Manchester, it was the two brothers who purchased Withy Grove Stores, and it’s the shop’s current owners Brian and Anthony who are the sons of the youngest brother. If this is getting confusing it helps to draw yourself a little family tree on a napkin like I’ve just done.

Brian & Anthony’s father, being the youngest son, was always bullied by his other brothers – a fact which caused him to disappear one day, and for months – nobody had any idea what had happened to him. Months later a letter came to his parents, written by him from South America, where he’s run off to – first travelling from Manchester to Liverpool and then hitching a ride on a ship bound for Argentina! 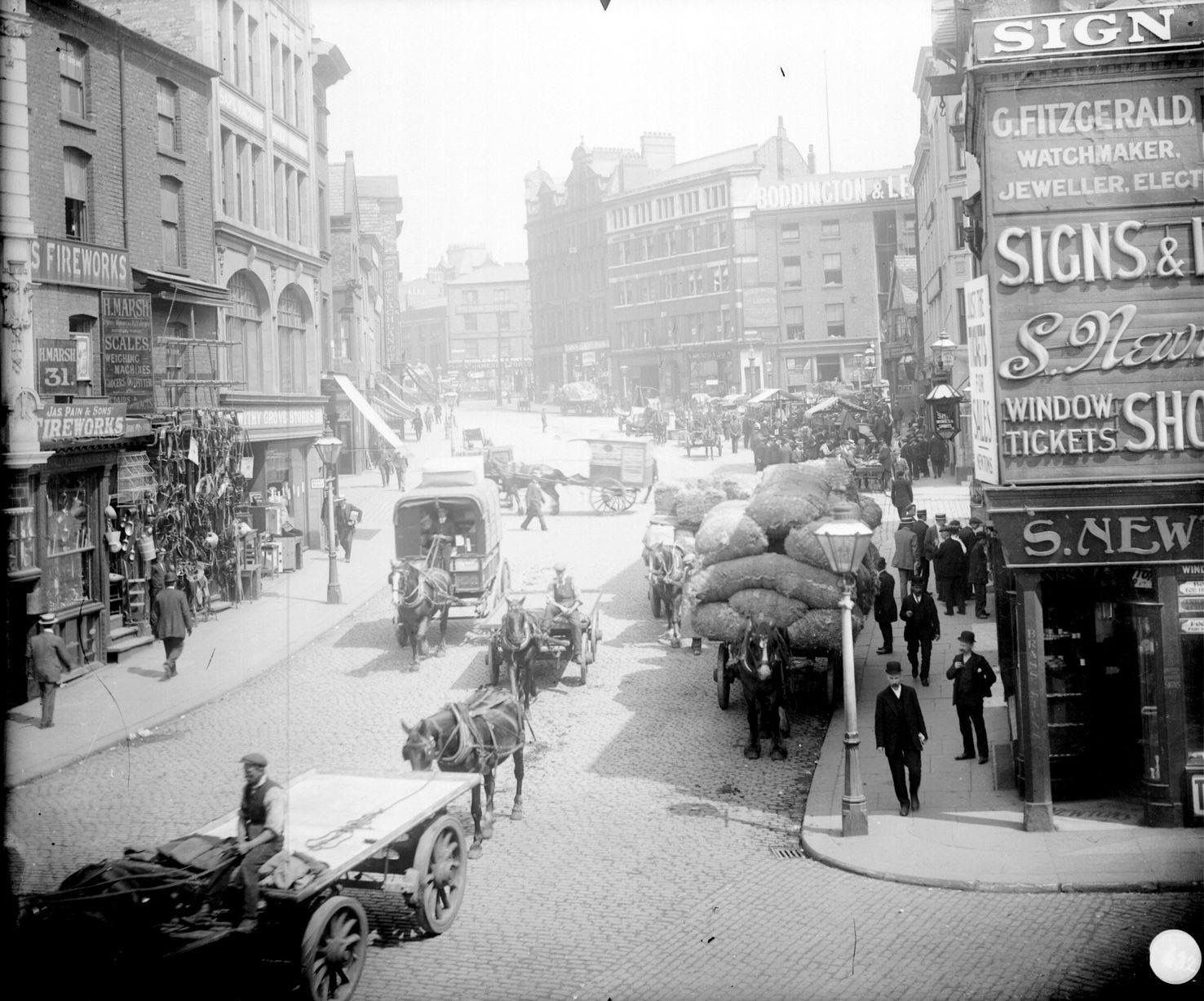 It was some considerable time later when he finally returned to the family, and he was never bullied again!

One of the family, Eli Solomon moved from Manchester to Leeds at some point during the First World War, establishing a Withy Groves Store there on The Headrow before moving to Call Lane many years later. In the 1990’s though the business was sold and the site turned into a Revolution bar. 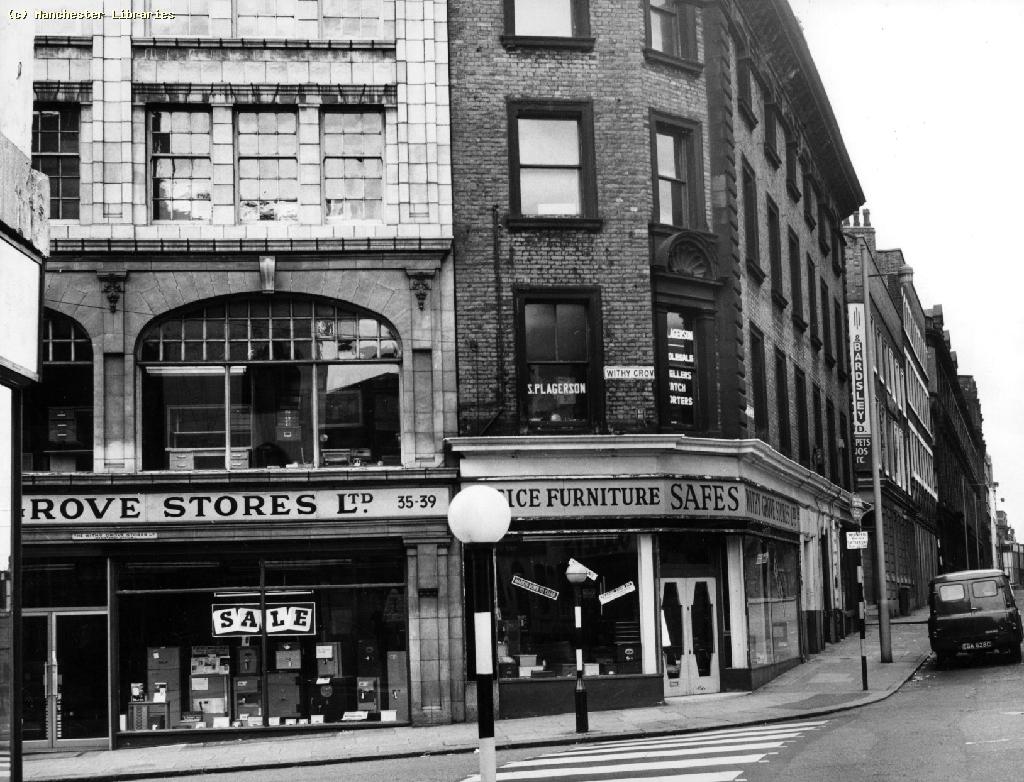 John himself joined Withy Groves Stores Liverpool as a young man and remained working there until 1986 when he set up a company with a friend who worked for Chubb Safes. They began importing, developing fire-resistant safes and eventually became Europe’s biggest supplier of them. He retired seven years ago but the company – Phoenix Safe Co. Ltd. still exists in Bootle.

All of this safe talk and I STILL know what your question is: What is going on with Withy Groves Stores in Manchester? Is it open? Can you go in? Why hasn’t it been touched for years?

Well, I can fully confirm that yes, Withy Groves Stores is open to this very day, however they only accept customers by appointment ONLY. Thus, if you’re looking for a safe you’ll have to give them a ring and sort something out. 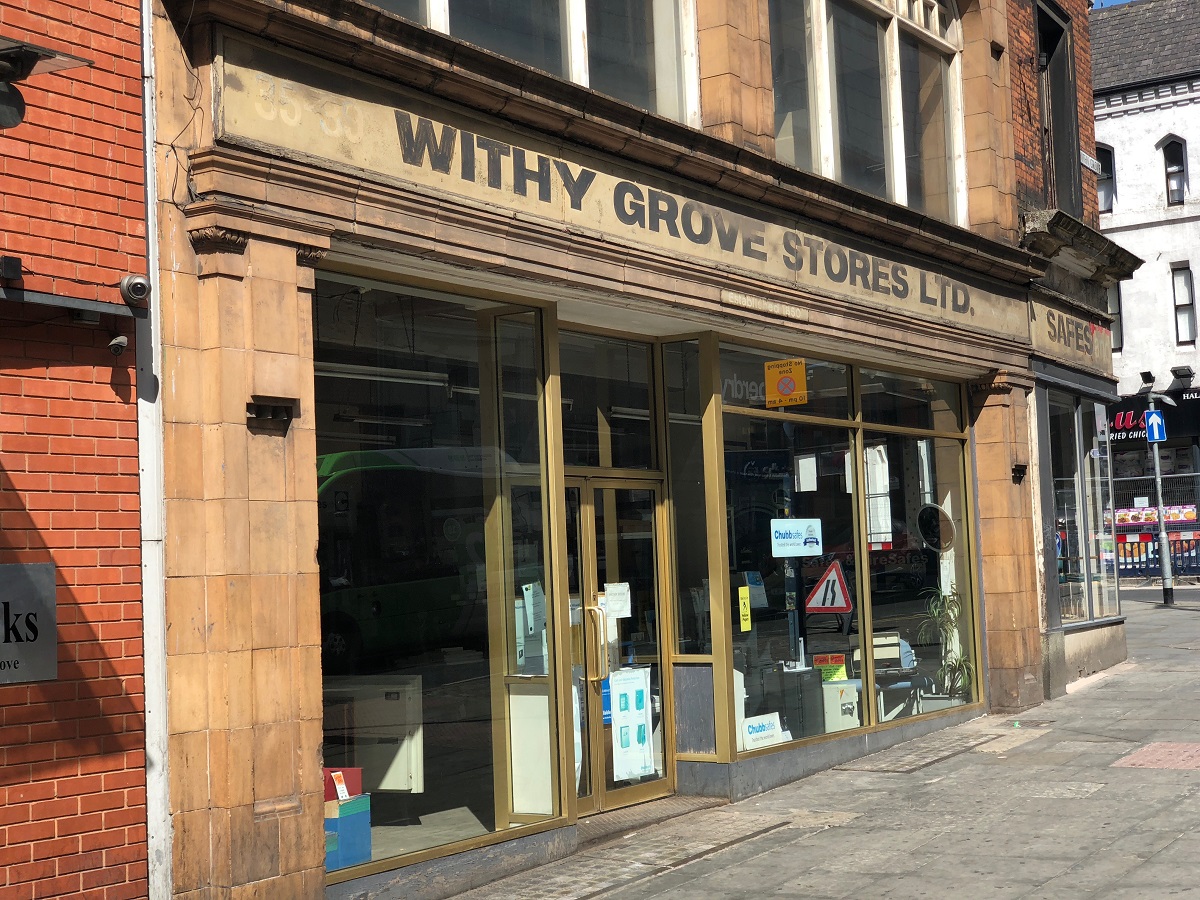 The building, Withy Groves Stores and indeed the Solomon’s are a truly unique slice of Manchester history, and one that manages to intrigue and perplex people to this very day.

As a family and a company they have been making safes for well over 200 years, and next time you walk past the building – think back to this rich, interesting history behind Manchester’s oddest shop.