The Week a Giant Whale came to Piccadilly Gardens

Jonah the whale visited the city back in the 60s - but how did he get there? And was it even real at all?! 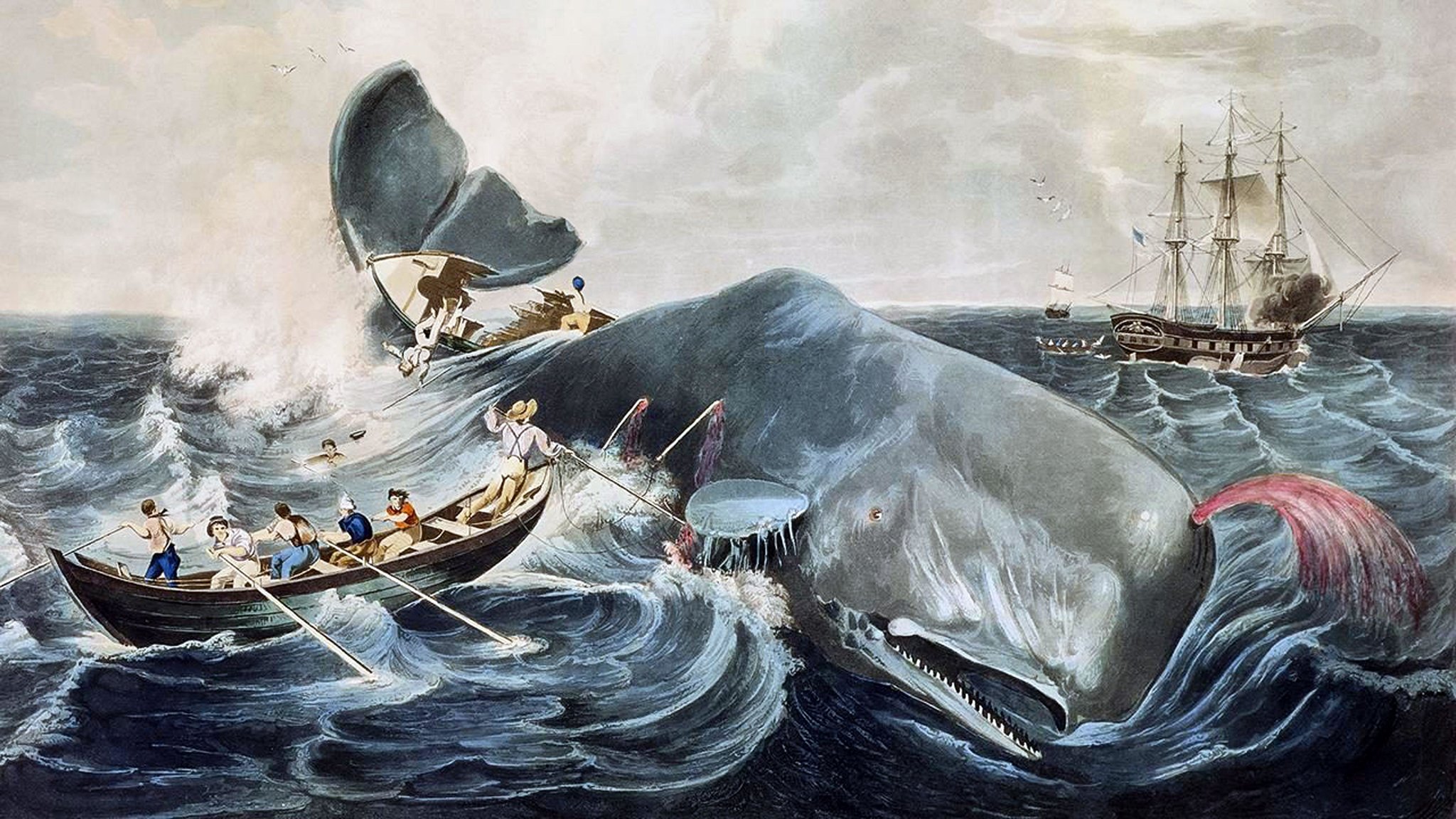 I’ve tried to read Moby Dick around 4 times now and still continue to come unstuck around the middle when it veers off into whale hunting manual territory.

Melville’s novel begins as a tale of revenge for Ahab, but then quickly transforms into a VERY detailed and VERY laborious account of almost every intricacy of 19th century whaling practices, itself gleamed from the author’s own personal experiences aboard ships in the early 1840s.

Back in the day whaling was huge business, as the 19th century saw a massive rise in the demand for whale oil, sometimes known as ‘train oil’ which was used to make soap as well as fuel the oil lamps seen on streets across the world. Then in the 20th century it was used to make margarine (yuk) but demand fell sharply when electric lights came in, pretty much saving hundreds of whale species from imminent extinction. But, as I’m sure you are aware, whaling has never really gone away and is still a prevalent practice in Norway, Russia, the US and Japan.

And it’s here where we arrive at the whale that came to Piccadilly Gardens – as it was one of three fin whales harpooned off the coast of Trondheim in Norway in 1952 by some unknown whaling company. 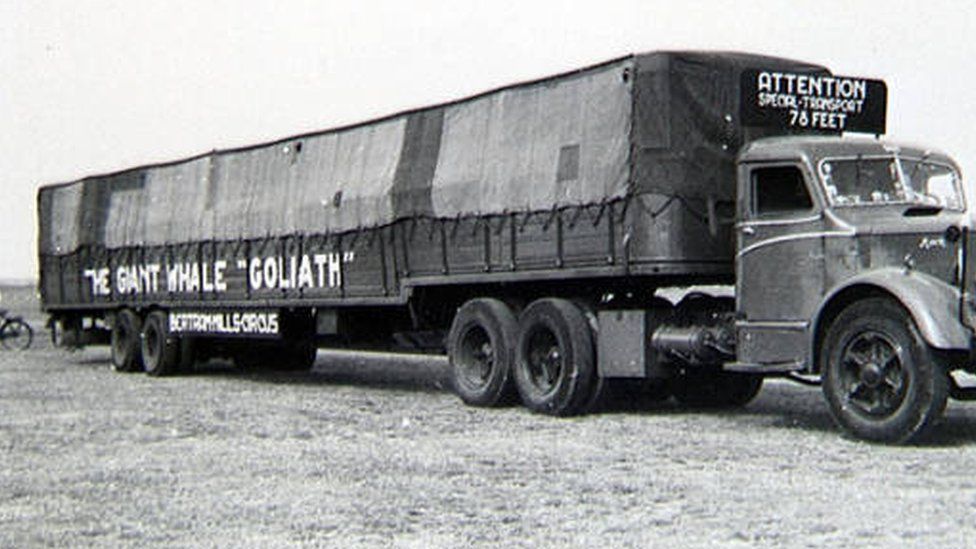 These three, named Hercules, Goliath and Jonah, were quickly preserved in formaldehyde in huge custom-built refrigerated lorries and then driven across Europe for 20 long years. And Jonah is the one that came to Manchester.

Equal parts educational and circus act, the endeavour was actually a push to promote the whaling industry after the Second World War, a time where whale meat was even ‘un-rationed’ here in the UK, with the government even rebadging it as a corned beef substitute called ‘WHACON’. 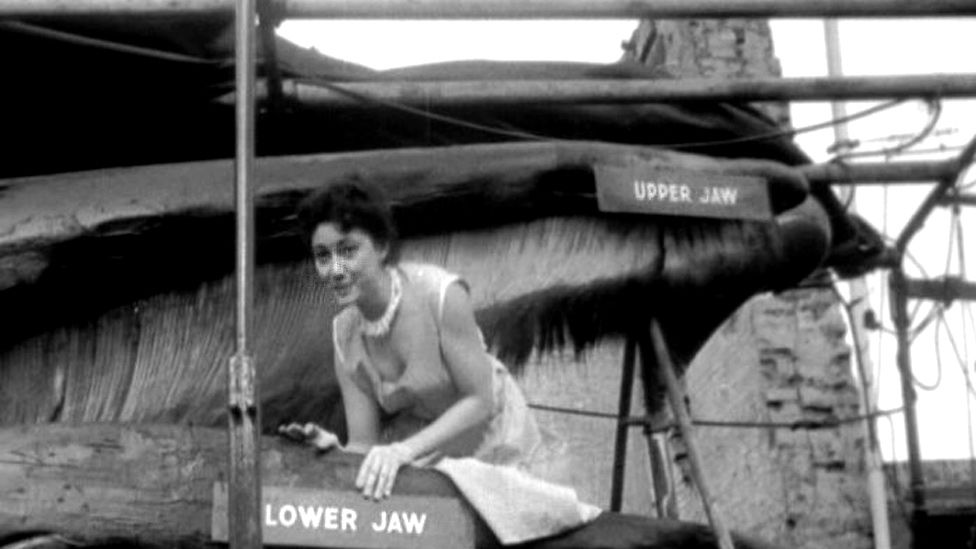 After a few months touring Holland, Belgium, Germany and France, the three whales arrived in England, heading to London where Jonah was exhibited under Waterloo Bridge and named “The South Bank Whale”.

He then went on to Oxford where he could be viewed at the railway station, alongside many of the tools and instruments of whale-killing. These huge creatures were paraded in car parks and village fetes the width and breadth of the country – preserved by the refrigeration and daily injections of formalin. 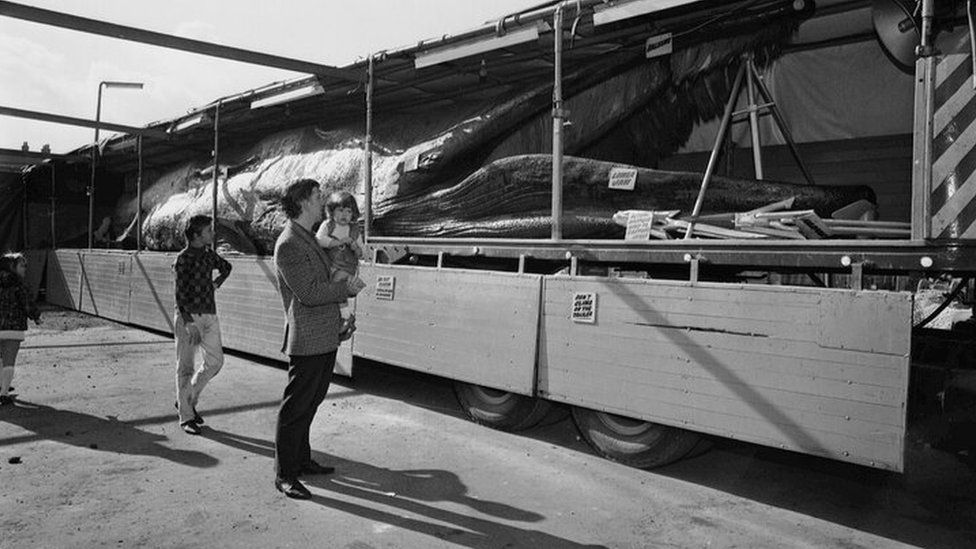 This whole endeavour came to my attention by a fella named Alan Taylor who, rather poignantly posted the following on the Facebook group ‘We Grew Up in Manchester’…

I can recall seeing a
Whale in. Piccadilly
On the back of a truck
Also spitfires or bombers
Where the gardens was
Nobody believes me
I am eighty.
I was very young at the time
Can anyone comfirm this.

You can’t help but feel for Alan here, especially when he says “Nobody believes me”. But in actual fact this seems to be a common thread flowing through most people’s recollections of the whales – as if it was all some sort of fever dream.

At the time it seems like very few people took pictures, and the whole thing is so outlandish than many just didn’t believe it ever happened – but Alan, and everyone else – it did! 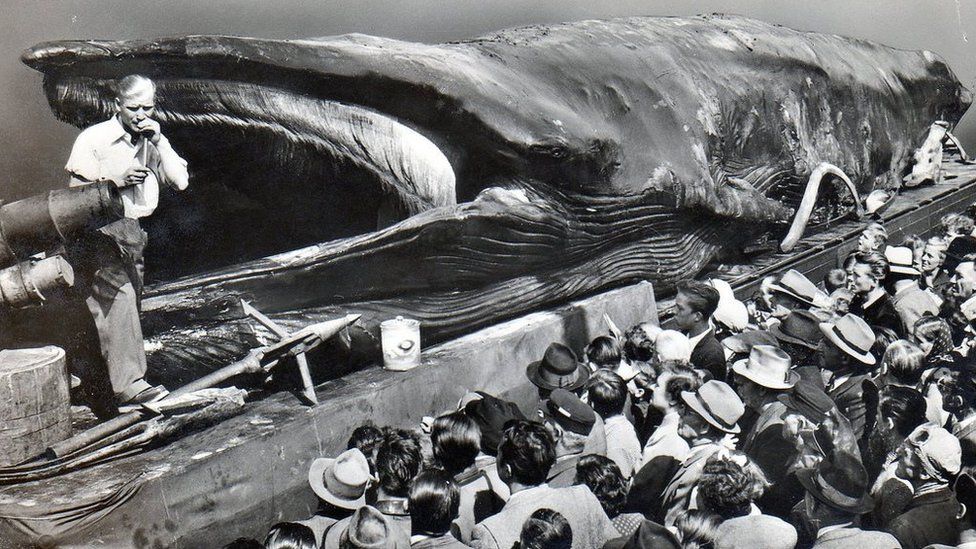 Jonah arrived in Manchester and he was unceremoniously plonked down in Piccadilly Gardens, on Portland Street to be more exact, and people from far and wide came to gawp and whoop at his crusty body.

Many who do actually remember the visits comment that the smell of these magnificent animals was overwhelmingly awful – “a mixture of rotting and formaldehyde” and many were disappointed that they looked a bit worse for wear, with “sad, beady eyes… and sort of grey”.

Jonah was in the city for about a week, before moving on to other cities and towns in the UK. Over the years many have wondered what actually happened to them once their tour was finished, and indeed it seems that some keen sleuths have uncovered exactly where they went. 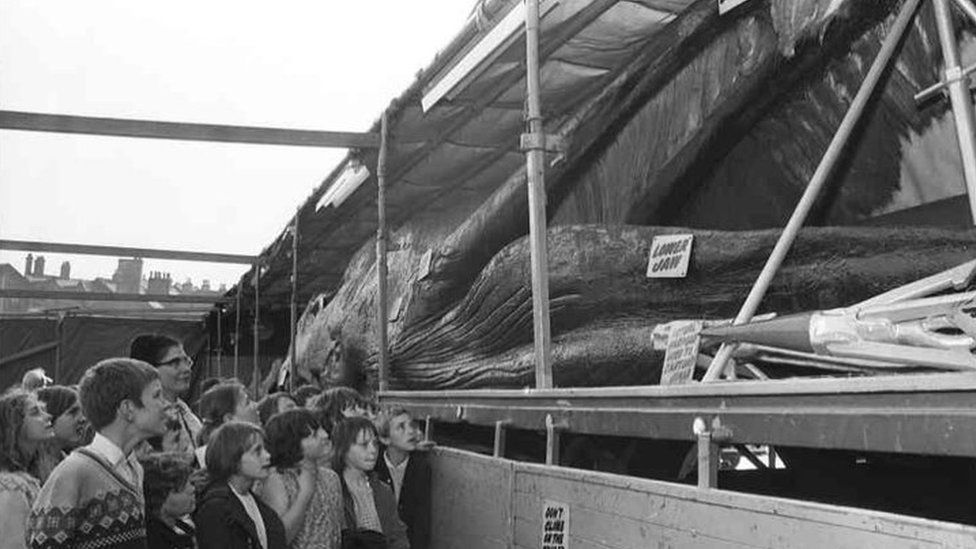 Hercules went as far as a circus in Spain, before the heat got to him and he started to decompose and stink the place out. He was disposed of in a giant furnace apparently.

Goliath ended up in Italy somewhere, but the trail goes cold there.

But what about Jonah?! Well, a fella named Steve Deput wrote a book in 2003 called The Barnsley Whale: The True Story Of The World’s First Inland Whale Hunt, which chronicles the whole experience of Jonah visiting Barnsley.

He says that Jonah is STILL in cold storage somewhere in Belgium, owned by a former circus showman who was looking to restore him and get him on the road again. 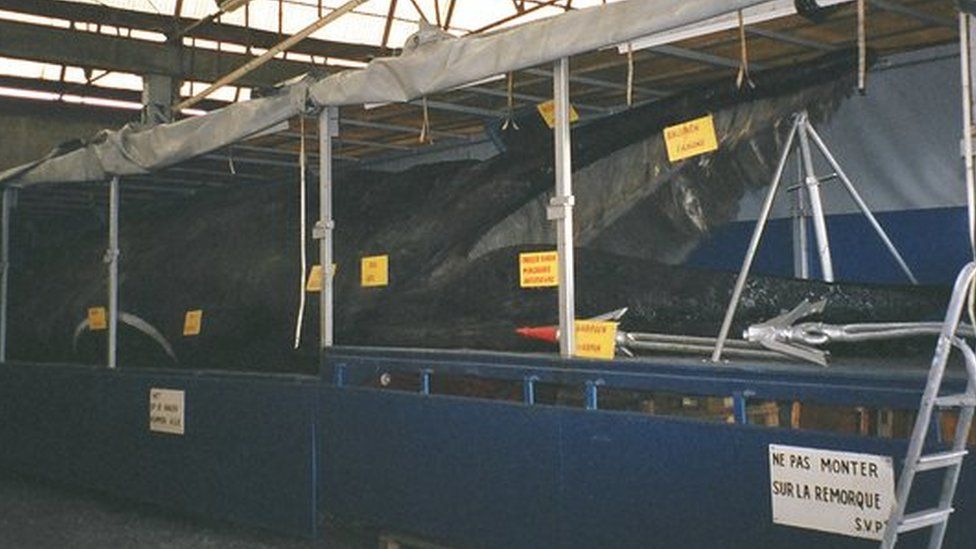 Will we see Jonah in Manchester again sometime in the future? I doubt it – times have changed and animal welfare is A LOT different than what it was back in the 50s and 60s. This sort of thing would never be allowed to happen nowadays, especially when we have much better tools for education and knowledge afforded to us.

Not only that, but also think of the smell! No thank you – I say let Jonah go the way of his mate Hercules – cob him in a furnace and let the big fella rest in peace.